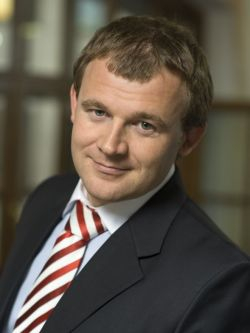 Hasty, thoughtless steps can complicate a manager's career path. All of us who aim to build a successful career should assess the long-term consequences of today's actions from an employer's point of view.

My colleagues and I have compiled a list of the most common mistakes that middle and senior managers commit while building their careers.

Changing your employer without thinking it through thoroughly

One of the most widespread mistakes in a career is a thoughtless decision regarding changing one's job. As a rule it leads to dissatisfaction with the new job and often resignation. It's worth evaluating rationally your motivation and the opportunities that a new company provides: the job itself, the proposed salary, the position within the organization, and what scope there is for professional development. The potential risks shouldn't be forgotten either. One should endeavor to find out the current situation in the company and its prospects on the market, its history and reputation, then ensure that the firm is clear on its main aim of hiring this particular person.

After several major mergers and acquisitions took place in the Russian banking sector, numerous specialists were consequently made redundant. In the majority of cases it was the employees who had joined the absorbed company most recently and either did not foresee, or were not aware of, the impending merger.

Changing one's job too often plays against candidates. A CV full of short stays with varying employers makes a prospective employer think about the reasons why the candidate couldn't get on in any team. The majority of employers are not willing to consider job-hoppers; they prefer professionals with stable experience. In real terms the ideal tenure is not less than two or three years, unless it is project-based work.

Recently, a candidate in a business development manager position in the IT sector who was jumping from one company to another was keen on working for a major company, specializing in information security. However, his CV was rejected at the first stage of the search with the comment: "We are not ready to consider job-hoppers, especially in a sales role."

Even if you are at a boiling point, it is never a good idea to burn bridges and leave on bad terms. The rule applies both to colleagues and the company's partners and customers. Maintaining a good reputation is important, even for senior managers. A past conflict with an ex-boss or even a subordinate may come back to haunt you, especially in a closely knit market like Moscow.

When evaluating middle and senior managers, recruiters and employers alike often check candidate's recommendations by contacting his/her former employers, colleagues and partners, and this may be done very discretely without the employee's knowledge. It may happen that a past dismissal prevents a senior person from being accepted for that dream job.

A dramatic change in someone's profession shouldn't necessarily be considered a mistake. Many people consider new, interesting tasks to be more important than building a career in the classical sense. However, the earlier this happens in your career the better as later in life it gives the distinct impression of not knowing what you want.

Such specialists need to start from the very beginning in the new sphere, and it's no surprise that the experience they gather will be gained later than their colleagues and therefore it can take longer to build up a successful vertical career. A worse mistake is a move to a nonrelevant position because of the friends' invitation or because of the tempting financial conditions. Often candidates who have made such a move will find it difficult to settle in and leave shortly afterward, and needing to lower their salary requirements in the process.

Some sales managers from B2B and FMCG companies seek a move to the client's side and become a purchasing manager. The main reason for leaving is an aspiration for a quieter life and a more structured job without the perceived stress and with hopefully fewer business trips. The difficulty arises when such a person becomes frustrated and wishes to return to the sales environment — employers believe that salespeople should remain in sales or else they risk losing their business network and possibly their sales skills while on the "other side of the fence."

Failed attempt of starting own business

Employers are not always keen to hire people with the experience of managing their own business, or even working "freelance." Major companies and startups are concerned that a candidate will follow his own rules and will manage the company or the team like his/her own business, ignoring the company's corporate style. Additionally there are numerous occasions when employees have returned to their business and took the company's employees and clients with them, or simply continued to keep their business going on the side.

There was an interesting situation when a financial director with impressive experience with several multinational companies decided to quit and build up his own small business. He hadn't managed to make it happen and with the business unprofitable he decided to revert to a CFO position. Major employers were not willing to consider his profile, and he ended up having to accept a "demotion," and the offer itself was from a smaller company with fewer responsibilities.

Experience of many years in the same company — is it possible to be too long in one place?

Professionals who have been working in the same company for many years (i.e., 10+) are treated by employers in varying ways. On the one hand, prospective employers value the loyalty they have shown to their companies, although on the other hand such a long period of working for one company may be viewed as an example of unwillingness to develop in other spheres and to acquire new experience. People who have been working for one company for more than 10 years may in all honesty be reluctant to actually make a move, even when presented with an attractive offer, and subsequently reject it.