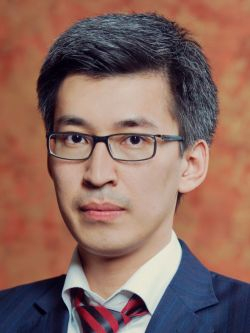 Before carrying out a transaction, it is important to check the tax consequences. Ignoring the tax aspects may result in a seemingly desirable deal turning out to be somewhat less attractive once the tax costs of a poorly structured transaction become apparent. One such tax aspect is deductibility of expenses for the purposes of profit tax.

In principle, any expenses can be deducted as costs for profit tax purposes. The rules are fairly simple. Russian Tax Code rules contain only two conditions for deducting expenses: They must be justified, and they must be documented. Costs are justified on the basis of their connection to the taxpayer's income-making activities. The documentation requirement means that the submitted documents must confirm that the transaction took place, a requirement due to the Tax Code not specifying the form and content of such documents. The Tax Code expressly specifies a number of expenses that can be deducted, while leaving the list open in view of the variety of economic activities and the impossibility of providing for all expenses a company might require in a given situation. That is why the Russian federal Constitutional Court found that tax law does not use the notion of economic purpose and does not govern the procedure and terms of financial and economic activities, and therefore the justification for deductible expenses cannot be appraised in terms of purposefulness, reasonability, effectiveness or the result. On the basis of the principle of freedom of economic activities, the taxpayer acts at its own risk and has the right to determine the effectiveness and purpose of its own actions (Ruling of June 4, 2007, No. 320-O-P, 366-O-P).

In risk management terms, expenses can be divided into:

2011 has seen a large number of new and interesting court cases on the deductibility of expenses.

For example, the courts considered the situation in which an organization had incurred expenses on consultant services with respect to financing a subsidiary. The tax authority asserted that these expenses were incurred in the interests of the subsidiary. However, the court found that the expenses were justified on the basis that the services affected the rights of the company as the lender, and therefore having an interest in the proper use of the loans, and as a shareholder, and therefore having an interest in the effective use of the loan funds to develop the production facilities of the subsidiary and earn dividends, and in income from the sale of the gas extracted by the subsidiary. A similar situation arises where the employees of a parent company handle business issues at a subsidiary without any service agreement (holding meetings at the subsidiary's place of business, training employees of subsidiaries, financial and economic analysis and planning for subsidiaries, etc.), with the parent organization picking up the costs (payment for flights, business travel expenses, etc.).

Courts have considered the reverse situation, when the subsidiary bears expenses in the interests of the parent company. A subsidiary incurred expenses on developing internal standards. The tax authority asserted that these standards could not have practical application in the financial activities of an organization, since they represented standard textbooks on accounting and tax records. However, the court found that the company needed to develop internal standards to give its foreign participants an understanding of Russian legislation, since the foreign participants made decisions within their competence at the general meeting of participants on the basis of the internal standards and had a common understanding of the accounting policies of the subsidiary.

Justification of expenses is only half the task. It is equally important to properly document expenses, which is a separate aspect for analysis.

The taxpayer is therefore entitled to deduct expenses when calculating profit tax. It is only necessary to duly justify the expenses and provide documentary confirmation.

Millions of barrels of oil on apparently non-Russian tankers were stuck in Turkish waters due to Ankara’s proof-of-insurance demands as part of a...
'good spirits'

Griner Heads Home After Release from Russia in Prisoner Swap

American basketball star Brittney Griner was headed back to the United States on Friday after being released from a Russian prison in exchange for an arms...
up in flames

A massive fire at one of Russia’s largest shopping malls has killed one person and burned down a formerly German-owned home improvement store...
foreign policy

Russian President Vladimir Putin will attempt to shore up Russia’s regional authority on a visit Friday to the Central Asian state of Kyrgyzstan...