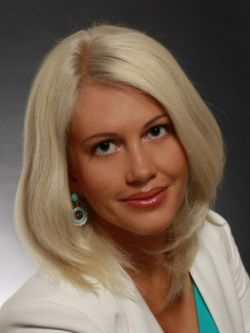 In most cases, owners of a building located on land owned by the state or a municipality, and wishing to purchase that land, face the problem of determining the exact area of land that they want to privatize. The Land Code, which regulates the process of buying land, contains rules that govern the question about the area of land that may be bought by the prospective buyer in such a case. As a rule, in practice the executive and local authorities make a decision to sell less land than what is stated in the corresponding legislation. Often authorities require the applicant to provide additional documents to substantiate the claimed size of land area, or they can outright refuse to grant the land that is asked by the applicant.

The situation is made more complicated by the numerous legal cases dealing with this question. The question that is discussed in Moscow's courts, about determining the area of land that can be sold, is very sensitive. So far there are no clear precedents about what the methods should be to determine how much land can be sold to the owner of a building located on the land, and what documents should be presented to justify the requested amount of land.

Let's take a look at a few real-life examples.

An entrepreneur turned to authorities of a municipality about deeming it illegal for an administration to not permit the entrepreneur to purchase a certain amount of government land. The requirements of the first instance of the decision were satisfied in full, and the decision of the court of appeals was also upheld. Turning to the Supreme Arbitration Court about an appeal to take a second look at the lower courts decision, the municipal authorities justified their decision by referring to the entrepreneur's failure to justify his decision for the size of land area. But when the case was turned over to the Presidium, the municipality's arguments were denied, and the court supported the arguments of the appeal, stating "the administration has not presented evidence showing that the area of land claimed by the entrepreneur, including the land that is consistent with its purpose and practical use, does not comply with the requirements laid down in Articles 33 and 36 of the Russian Land Code."

In our opinion, this approach is the most honest, as the owner of the property, when dealing with the application for redeeming the land, is guided by an area of the land that is set in its cadastral passport on which the property is situated. And now the executive or local authority must justify why it is impossible to provide the land area that is claimed, with references to the relevant rules of land allocation for each individual argument.

But there is room in the existing practice of law for an absolutely opposite approach.

A handful of citizens turned to the Arbitration Court with a complaint to the government agency on handling state assets to deem unlawful the inaction expressed in the refusal to make a decision about giving the public real estate land with an area of 490,010 square meters. Primary, appellate and cassation courts all deemed the public claim to be valid.

According to Clause 1, Article 35 of the Land Code, and Clause 3, Article 552 of the Civil Code on the sale of property: Since the property is located on the land that is not owned by the same person, the owner acquires the right to use a part of the land that is taken up by the property, and which is necessary to be used. By these standards the owner of the property, building, structure, may require registration of the rights of such land. In Section 2, Article 35 of the Land Code, it states that the land around a property is determined in correspondence with Clause 3, Article 33 of the Land Code on the basis of approved rules of land allocation for specific activities or land use and building regulations, land management, urban planning and design documentation. But the courts have satisfied the public demand about selling into private ownership land plots in violation of Article 33 of the Land Code in the absence of concrete evidence that supports the need for a specific area of land acquired for the operation of the real estate, including the explicit declared purposes.

In such circumstances, we conclude that at present the burden of proving the validity of the claimed land area is on the shoulders of the applicants for the land, despite a lack of specific legal provisions regulating the issue. Since there is no specific explanation in the Supreme Arbitration Court in terms of appropriate evidence to substantiate the claimed area of land, for every case the courts evaluate the situation on the basis of their beliefs and the circumstances of every individual case.