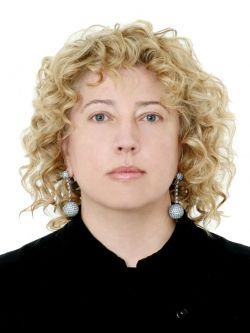 Interest in issues relating to land use is quite legitimate, especially with the upcoming so-called second stage of land reform. Most of the country's able-bodied population is in one way or another involved in activities relating to land use. The majority of the most pressing questions relate to issues in applying land laws, as well as procedures and specific regulations in the field of land use and forest management, and emerging jurisprudence in land disputes.

I would like to highlight some issues that may be partly theoretical, but which form a coherent picture of the problem. To start with, here are some interesting statistics:

Under the assumption that the existing technologies of land cultivation remain the same on the one hand, and the projected world population growth remains the same on the other hand, the production potential of agricultural land may reach its peak in the next 30 to 40 years. In this regard, Russia has a considerable amount of land resources. Russia's territory makes up 12 percent of the planet's total land area, and land resources in Russia constitute 3.3 percent of the world's total agricultural land.

On average there is 12 hectares of land for every citizen of the country, and the relative value of land for agricultural purposes is much lower than in developed countries as well as some developing countries.

The total area of agricultural land in Russia is comparable with area of land in 25 European countries put together (such as France, Germany, Spain, Great Britain, Italy and so on).

In connection with its vastness and significance, land legislation in Russia was subject to repeated attempts at reform. Today, we continue to experience the influence of land reform that began in the country in the early '90s.

A range of factors has influenced our current situation in the sphere of land use: economic, political, and even historic. The system of Russian land in the 20th century — strongly affected by Stolypin's reforms, and later tempered by the emergence of Soviet power, which nationalized the land in one of its first decrees — experienced another crisis in the '90s. The first land code of the RSFSR of 1922, the fundamentals of land legislation of 1968 and then the land code of the RSFSR, in force until 1990, were all swept away by the turbulent political and economic changes of the time.

In particular, the land reforms of the '90s started the existing relationship we have with land legislation today.

The formation of Russian land legislation over the last 20 years has been one of the most controversial and exciting stages in its development.

The first decade of land reforms in the '90s can be described as a crisis because of its excessive politicization and haphazardness. Laws enacted at the start of this period, such as those on land reform, the Christian's economy, the fundamentals of legislation on land and the Land Code of 1991, provided the basis for the emergence of various forms of land ownership, although very limited in scope: land was excluded from civil law, a 10-year moratorium was introduced on the implementation of land transactions, with some exceptions. The Constitution, adopted in 1993, reinforced the right of private land ownership, and the law that was entered into force in the first part of the Civil Code defined land as real estate.

In the mid-1990s, there emerged a paradoxical situation in the sphere of land legislation — the basic rules governing the legal relationship of land contained in the presidential decree and government legislation contradicted most articles of the existing Land Code.

The main areas of land reform of that period — the elimination the state's monopoly on land ownership, including land that was to circulate in the hands of citizens, formation of a market for land, as well as the privatization and effective redistribution of agricultural land — were all tackled very slowly and inefficiently.

Work on the current Land Code was started all the way back in 1993 and lasted for eight years. Repeated attempts to ratify it ended in failure (a prominent stumbling block was the question involving agricultural land in public circulation). Only in October 2001, after a series of political struggles, was the Land Code passed, which along with the laws on state land cadastres, land management, the circulation of land designated for agriculture and many others, forms the basis of current land legislation.

The subject matter of today's conference is the application of land legislation and the most important aspects of land and property rights.