Contribute Today
By Mansur Yusupov
May 24, 2011 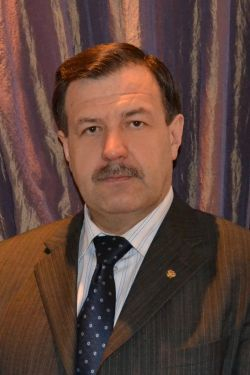 In Russia, corruption can be defined not only as a general criminal concept, but also as a certain form of social phenomena. This phenomenon is measured on such a great scale that over billions of dollars are spent on bribes annually. And here we are speaking of bribes only, whereas corruption is inherent to a number of other crimes, as stipulated in the Criminal Code of the Russian Federation (Article 291: forgeries committed by public officials; Article 285.1: unlawful diversion of budgetary funds; Article 285: abuse of office; Article 303: falsification of evidence, etc.).

Therefore, it is virtually impossible to measure corruption precisely due to great latency; it can be evaluated only by specialists and at a sociological level. According to data gathered by the Commission for Counteracting Corruption of the State Duma of the Federal Assembly of the Russian Federation, this phenomenon causes total economic loss of about 40 billion rubles ($1.4 billion) per year. I believe that you will agree that this represents a considerable amount of money.

How is it possible to fight corruption when it has spread to governing authorities, which should be responsible for revealing and eradicating this phenomenon? Law enforcement bodies have become partially paralyzed. And, the continuing crisis only worsens the situation in our country. Corruption is becoming more and more politicized, invading many power-holding structures. Besides extreme politicization, the following three tendencies have been remarked with regard to corruption-related relationships:

Today, there is no doubt that the current situation related to corruption practices has become critical in Russia.

Corruption appears as a compensating agent in an environment where neither laws nor institutions of civil society operate any longer. Nowadays, many officials have basically turned to offering and marketing their services illegally. Until very recently, business corruption was limited only to business practices; today, it has become an essential part of many institutions of the State machinery.

In such conditions of total corruption, it is difficult to draw up anti-corruption policies in places where political corruption and politicians, who are involved in vast corruption networks, have taken a firm hold.

There is a commonly held explanation: extensive corruption is largely due to prevailing economic conditions in the country. Corruption has its roots in distortions of the political sphere and the government itself. However, an even greater distortion lies hidden beyond this explanation: money represents the main value, which inevitably alienates the individual from society and the State, and transforms everything into common merchandise, which can be consequently bought or sold very easily.

Any kind of anti-corruption fight which does not take into account the impacting factor which initially caused the actual corruption will only reflect an imitation of this fight.

Anti-corruption operations set up by the State will be effective only if they are carried out systematically. It is absolutely essential to draw upon international experience on counteracting corruption, and use it to create an effective national strategy.

Corrupt practices tied to criminality continue to lead the field in all aspects of corruption around the world.

Long-standing and strong relations between corrupt groups and organized crime represent the greatest danger. Making use of large-scale corruption schemes, organized criminal groups organize and protect their structures from outside social control; they act operatively against organs representing law and order, inquiry bodies, and institutions of the penal enforcement system.

Today, corruption is solidly positioned and protected due to general impunity for corrupt officials. This has been borne out by the high level of latent crimes committed by public officials who take advantage of their service positions.

As shown in most sociological surveys, the most corrupt institutions can be found in government bodies, law enforcement agencies, tax and Customs services, housing and communal organizations, education, and even health care. Of course, the executive branch of power constitutes the most corrupt arm of government.

At present, corruption is being monitored in many countries of the world. But, the more civilized the society, the lower the corruption as society fights to contain this phenomenon, i.e. we can determine how civilized a government has become by examining its corruption indicators.

The following reasons can be put forward to explain the onset and spread of corruption at the present stage:

All these reasons inevitably lead to widespread corruption.

Today, Chambers of Commerce and Industry represent not only the largest associations of business men, but also non-governmental organizations (similar to authoritative institutions in civil society), which stand up for the interests of wide sections of the population involved in business activities. The Chamber believes that one of its main tasks resides in gathering reliable information and providing an analysis of the actual situation of economic life and of the country as a whole. It has already gained considerable experience in counteracting raider-related crimes, has been highly evaluated by the business community, and various government structures and bodies. The Chamber of Commerce and Industry can bring to light the causes and conditions stimulating corruption, identify corrupt zones, and provide effective anti-corruption measures.

The Moscow Chamber of Commerce and Industry has created a Directorate in charge of fighting corruption and providing economic security.

On April 29, 2009, another public structure was added to the Moscow Chamber of Commerce and Industry, namely, an Anti-Corruption Committee, whose activities are supported by the Mayor of Moscow, according to Order No. 295 dated Aug. 27, 2009.

A hot line rendering immediate legal assistance to the city's business community was then opened. The Moscow Anti-Corruption Committee at the Moscow Chamber of Commerce and Industry includes an advisory council under the direction of A. Ya. Minin, Doctor of Jurisprudence, and well-known personality in academic circles, who was one of the first to develop and formulate procedures for conducting anti-corruption expertise on the propensity for corruption of legal normative acts, and who has extensive practical experience in this field.

In his speech pronounced on May 20, 2009, Russian President Dmitry Medvedev noted that "the participation of civil society definitely constitutes one of the fundamental conditions for fighting and overcoming corruption. Such operations cannot be run unilaterally. Where there is corruption, there are also violations of human rights. Therefore, the fight against corruption is, first and foremost, a matter of civil control. In this sense, I certainly, completely and absolutely support the idea of civil society continuing to grow and develop even further. And, of course, I believe it should develop in various directions."

In order to expand cooperation on preventive measures to fight corruption and infringements of the law with government authorities and the city administration, the Moscow Chamber of Commerce and Industry proceeded to carry out the following:

On July 22, 2009, the Chamber signed an agreement with the Public Prosecutor of Moscow on cooperation and communication in fighting corruption and ensuring economic security in the sphere of entrepreneurial activities. On Jan. 11, 2010, the Chamber signed an agreement on cooperation and communication with the Moscow Office of the Federal Antimonopoly Service.

In order to consolidate anti-corruption forces and measures, cooperation agreements were reached with many community organizations and inter-regional associations, whereas their representatives were included in the committee itself.

It is quite true that there are several causes which generate more and more corruption in our country: on the one hand, imperfect political institutions, and our bureaucrats' non-professional attitudes; on the other hand, the population's simple incomprehension and ignorance, and unwillingness to know, never mind to quote legislation. Here again, the government and civil society need to work together with various social groups.

At present, having examined corruption in the country, we have come to the conclusion that special attention should be taken when handling anti-corruption mechanisms related to public officials who are most likely to engage in corrupt activities. Regular rotations should be carried out horizontally among all management personnel working in government bodies and administrations, law enforcement agencies, and supervisory, licensing and municipal institutions.

We suggest that management personnel working with civil servants, including chief executives and deputies, should be rotated every three years. Public officials who are most likely to engage in corrupt activities can be rotated within the structures of a ministry (a federal agency or service), gain a similar position with almost identical official functions (without having his official salary modified), but he should definitely be transferred to another region (district or area), within a city (region). He should be instructed that no other employees from his workplace can be transferred along with him.

It is clear that present-day corruption schemes are very difficult to expose and overcome anywhere and everywhere, and corruption factors are too ingrained and complicated to be feasibly countered, either at this moment or in any other place.

The primary objective of this rotation system consists of breaking up long-standing and strong corruption schemes, which were adapted to suit the needs of "our own people," groups, or communities in each separate power-holding structure or individual regional administrations, districts, areas, cities, and regions. Since Soviet times, corruption has been designated by such terms as: "staff selection according to certain doctrines," or "nepotism and cronyism," when both relatives and friends were appointed to key positions. Today, the situation is very similar when personnel appointments are being considered.

When this job rotation has been completed, the new manager (either directly affected by corruption practices or contributing to the fact) will not be able to create or organize new corruption schemes, extort money or institute other abuses, as he will come face to face with new and unfamiliar employees. First and foremost, he will be compelled to fulfil his official duties, adhere to the law on principle, and act fairly and honestly.

A lot of time is required to introduce and adapt new corruption schemes. In addition, exposing corrupt public officials is much easier to do at a new work place as they are not protected by other structures. But, it is doubtful that the new corrupt official will be able to create a new team ready to instigate fraud and corruption schemes, or else, that he will be able to act alone, without the assistance of his so-called "own people."