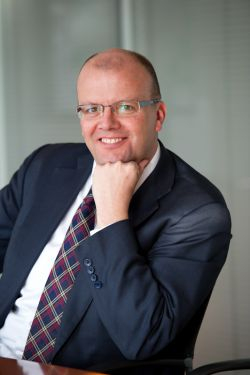 Spare a thought for the poor valuers in Russia suffering from mushroom syndrome — we have had to value land and buildings through boom and bust in a market generally devoid of transactions, with those few deals that did happen shrouded in mystery. Little wonder that the industry's reputation suffered.

That was then, and now, hopefully we are in a new market reality. It would not be an exaggeration to say that there has been an explosion of investor activity in Moscow, but we are now witnessing a situation where we have willing sellers as well as willing buyers. Owners now feel that occupier demand plus availability of credit is at a level where buildings will achieve the "proper" market price. Project financing, however, remains in short supply, and because of this, we are seeing developers selling assets and using the proceeds to develop their land banks.

This is all good for the real estate business in general, and increased market activity is resulting in what the valuation industry in Moscow has been craving — concrete evidence. A good example in the second quarter is the sale of FM Logistics to Hines Global REIT. This transaction involved an institutional seller and institutional buyer in an arm's length deal that I'm told took only five weeks to complete. Pricing details are sadly not published, but the initial yield is circa 11 percent.

Such evidence is rare, and valuers must use this as a benchmark yield against which other logistic developments are to be measured. To date, in the absence of concrete evidence, valuers have had to exercise valuation judgment in many instances, which makes life more problematic for all stakeholders in the valuation process. That said, there is nothing in the RICS Valuation Standards (Red Book) or the IVSC International Standards (White Book) that requires a valuer to value only on the basis of evidence. Sentiment is a crucial part of creating a market and needs to be taken into account. To achieve this, valuers need to understand the motivation and requirements of buyers. The dangers arise in the cases where valuers are separate from their agency colleagues, or where valuers do not have the convenience of agency support.

What we really need, of course, is far greater transparency in the market. For the uninitiated, the comparable evidence that is generally quoted in a valuation report is not sales evidence, it is the price at which a property is offered for sale. Ultimate sale prices can be dramatically different, depending on the seller's initial aspirations and where we are in the property cycle. Unfortunately, there has historically been a reticence by buyers and sellers in Russia to release transaction details to the public. As consultants, unless your firm was involved in some capacity in the deal, you're in the dark.

That said, I believe that this current increased investment activity — at least from international investors — will generate greater transparency. I would also like to see clearing prices routinely made available to valuers. They are available in other markets, so why not here?

There should be further sales of investment property throughout this year, and this will give the valuation industry the opportunity to obtain a benchmark for office and retail assets in Moscow. Armed with this information, valuers need to play their part in creating a more transparent, open market. True, a valuer's job is to interpret the market, not make the market, but it is incumbent on us to offer a clear and consistent approach to valuation, in order to further increase overall confidence in the market. By the same token, developer and investor clients must too play their part in providing detailed information to allow us to produce as accurate valuations as possible. The increasing use of turnover rents in shopping centers is a case in point.

What other steps could be taken by valuers to assist their clients? In my opinion, we should be including sensitivity analyses on the key value drivers in our reports, particularly for valuations of land. Additionally, as property investors are buying income, our reports ought to pay particular attention to the level and sustainability of income. Ultimately, this forms the basis of a bank's willingness to lend. Similarly, banks in my view should seek a vacant possession value in addition to market value, in the event of tenant default.

In conclusion, I am for the most part sanguine about the future of the real estate valuation business in Russia. The industry has come a long way in a short amount of time, and there are numerous bright, indigenous practitioners in the market. What we really need now is a string of arm's length investment deals, where pricing details are more readily available. Is this too much to ask?