Contribute Today
By Galina Akchurina
May 9, 2011 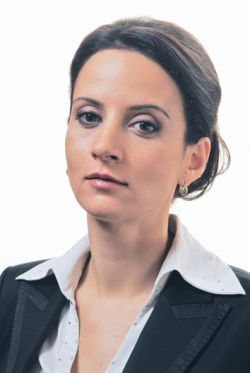 On October 2010, a letter, N AS-37-2/12931@, was published by the Federal Tax Service. The Tax Office has sent the tax inspectorate recommended forms for notification of the need for familiarization with documents connected with the calculation and payment of taxes, and of the act of opposition to tax audits, in respect to the carrying out of desk and field tax audits. So what's new here?

The legislator of the Tax Code has established a minimum guaranteed time for the submission of documents by the taxpayer for a tax audit — 10 working days. It has also been fixed in the Tax Code that since Jan. 1, 2010, in the carrying out of tax audits the tax authorities have no right to request access to documents from the taxpayer before they have been submitted to the tax authorities. However, the rules of law have seemingly become too "narrow" for the tax authorities. They have decided that they have the right to obtain original documents both in field and in desk audits and without complying with any special procedures, time frames or limitations.

Imagine that an organization receives a notification for familiarization with original documents with a notice period of two working days. Within such a document are requested the original agreements made with a hundred contractors, along with all the tax ledgers. It is obvious that to gather together all the various elements, or even list all of the requested documents, would be impossible in two days. However after two days the taxpayer will already have received the act of opposition to tax audit and instruction to rectify violations. Afterward, the head of the organization (the chief accountant) will after two or three days receive the protocol for administrative offenses under Article 15.6 of the Administrative Offences Code and in some cases Article 19.5 of the same code, even if the documents are being put together, as they say, "at full pelt." Recall that the maximum sentence under Article 19.5 of the Administrative Offences Code is the disqualification of the head.

Taxpayers do not agree with the position taken by the tax authorities and have turned to the courts, pointing to the following:

The courts, having examined the position of the taxpayer, have found it to be legitimate. And so, dear taxpayers — defend yourselves!