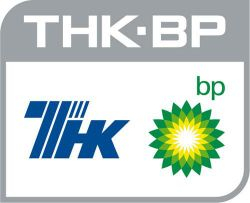 TNK-BP has done away with BP's trademark eco-friendly colors on its web site in favor of a dark, severe Siberian theme, a move branding experts say speaks to the post-Gulf-spill investor.

"The design seems to better reflect their real identity. It's about communicating that they are about energy, strength, engineering and product delivery and not about making other claims that got BP into trouble," said Joseph Bona, head of retail for New York-based branding firm CBX.

The firm's online makeover debuted in January, half a year after BP's catastrophic oil spill in the Gulf of Mexico undermined the company's environmentally sensitive "beyond petroleum" image underpinned by its ubiquitous green and yellow sunflower logo.

On its new web site, TNK-BP swapped out some of its BP-influenced light blues, greens and images of picture-perfect trees blooming under clear summer skies for orange, black and dark, imposing clusters of snow-covered Siberian pines.

"BP's eco-friendly marketing campaign worked beautifully, but it was saying it was something that is was not. They've now been exposed. It was beyond petroleum, now it is back to petroleum," said Derrick Daye, a branding consultant who runs the web site Branding Strategy Insider.

Daye said TNK-BP's move to highlight its strong oil production capabilities with dark tones and step away from colors and imaging associated with BP could help the company position itself with investors.

"For an oil company, web site branding is about communicating with investors. The new design where the black is immediately associated with oil, signals that TNK-BP is moving back to something that is believable and defendable with the industry," he said.

A TNK-BP spokesman told Reuters that the goal of redesigning its corporate web site was to bring it more closer in line with modern web site functionality and current design trends.

Bona, of CBX, who designs branding, identity and positioning campaigns for global oil companies, said that, in the wake of the BP oil spill, hydrocarbon producers will think twice about making environmental initiatives dominate their brand.

"Green, sunshine, flowers and trees are a hard sell if you are an oil company because the product you produce is not green. Would BP have still gotten hammered if they didn't use the eco-friendly strategy? Of course. But the fact that they made that claim and stuck a stake in the ground, they were held to a higher standard," he said.