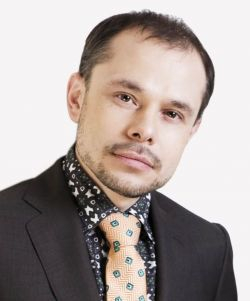 Since October 2010, the manufacturers and importers of copying equipment such as computers and cell phones and media such as CDs and memory sticks have been required to pay 1 percent of the customs value of goods sold as compensation to be paid to authors. This levy is in essence a new tax.

The Civil Code (Article 1245) stipulates that authors, performers and producers of written and audiovisual works be compensated for the free copying of their works for private use. Based on this provision, the government issued Resolution No. 829 dated Oct. 14, 2010, which defines the principal elements of this levy: the taxable items, taxable base, reporting period and payment deadlines, calculation and payment procedures. The resolution also establishes methods for monitoring the collection of the new levy. More specifically, the following must be adhered to: Payers must be registered with a non-profit organization authorized to collect and distribute the funds; the tax authorities are required to supply the authorized organization with information on equipment imported; the authorized organization is entitled to send enquiries to traders; the payers must submit reports in a required form; and the authorized organization is entitled to request payment from the payers.

Given the procedure for collecting funds for “compensatory consideration” to be paid to authors, as established in the government’s resolution, there is no room for doubt that what Russia saw in October was the introduction of a new tax.

Firstly, the Constitution does not allow for any amounts to be compulsorily levied other than taxes and levies. Secondly, this charge meets all material criteria included in the definition of a tax, which is set forth in Clause 1, Article 8 of the Tax Code.

A.L. Kononov, a retired Constitutional Court judge, notes that to establish the legal nature of a levy we should focus on its material features rather than paying attention to its formal characteristics, such as it being included in the list of taxes or being actually transferred to the budget or non-budgetary funds.

From the payer’s perspective, the “copying tax” is mandatory, does not entitle the payer to any benefits in return, entails the collection of money and is levied for the purpose of providing funds to the government, which has undertaken to pay compensation to authors because it cannot provide full-fledged protection of their rights because of advances in technology that are beyond its control.

In other words, the need for this levy is because of a technical possibility of uncontrolled copying of audio and video files, which may potentially result in lost income for the authors. The European Court of Justice held in its ruling dated Oct. 21, 2010 (Clause 46) that, given the practical difficulties in identifying specific users, it is open to states to establish a “private copying levy” for the purposes of financing fair compensation chargeable not to the private persons concerned, but to those who have the equipment, devices and media and who, in law or in practice, make that equipment available to private users or who provide copying services for them.

The Russian Constitutional Court has clarified more than once that taxes or other levies may only be introduced by explicitly defining their elements in legislation. Therefore the government resolution actually introduced a special-purpose federal tax for which the Tax Code makes no provision, in contravention of Clause 5 of Article 3 and Clause 6 of Article 12 of the Tax Code. The only difference of this copyright tax from other taxes is that tax payments are transferred to an authorized organization rather than to the budget accounts of the federal treasury. Such levies are known as parafiscal.

The specific feature of parafiscal levies is that they fully meet all criteria included in the definition of taxes and other levies, but rather than being remitted to treasury accounts of budgets, they are transferred to non-budgetary funds or authorized entities whose management combines the roles of controller, treasury and manager. This is why they are called parafiscal, para being Latin for “apart from” and fisc being the name of the Roman public treasury. In other words, parafiscal levies are special-purpose taxes. France used to be the classic example of a state with a number of parafiscal levies, until they were abolished as of Jan. 1, 2004 by a French law dated Aug. 1, 2001.

This brings us to the conclusion that there is every ground to request that the Supreme Court and the Constitutional Court consider whether it is lawful to introduce a levy by government resolution. If the “copyright protection tax” receives support from the higher courts, it would be reasonable to expect that we will see the government introduce more parafiscal levies to finance its new spending in the upcoming years. Beneficiaries may include the 2018 World Cup support fund, the police services reserve fund and the state corporation modernization fund.