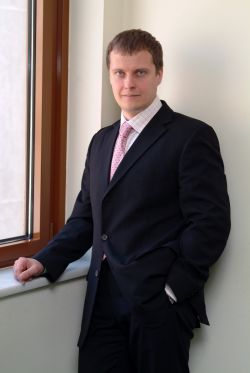 Looking at the situation on the employment market, it is already possible to suppose that the crisis is over. The quantity of orders is increasing, client activity is growing, and incoming requests are connected not only with replacing current employees, as was seen during the crisis, but with developing new trends. It is on these new trends appearing on the employment market that we have based our observations, a number of which are described below.

It is impossible not to notice the recovery on the employment market, a spring tide in all market segments. Incoming orders are now reaching such a number that we have to make a specific effort to ensure that they are all processed promptly and effectively. This means that at this moment it is very important for us to pay attention to refining our own team and hiring new specialists.

The employment market reacts sensitively to any change in the economic situation. So, for example, demand for International Financial Reporting Standard specialists is growing with renewed vigor in the financial sphere. Demand for such positions had been especially pressing before the crisis, but during the crisis there were few orders. The level of activity surrounding such positions has spiked in connection with the fact that companies are again entering the capital markets after the crisis’ lull.

Over the last half year, the banking sector has become considerably more active, with banks and investment groups showing the need for experts in very varied areas. The positions most in demand, as before, are in investment banking: direct investments, restructuring, risk management and auditing. The credit sector is also very popular.

This increase is also being felt in all segments of the legal market. Orders for bank lawyers are the most active. There is also a definite demand for lawyers on the pharmaceutical market. Increased demand has been observed in production units: For example, there are many orders in the field of nanotechnology. The investment bank direction is currently actively developing. There are several big banks among our clients, looking for securities lawyers in investment-banking operations. The number of market transactions is increasing, which means that legal companies have large work volumes, resulting in the need to employ new personnel.

We are observing a positive tendency toward international legal companies actively reinforcing their teams. This is evidence of market recovery because these companies had been keeping a low profile during the crisis and did not utilize recruiting agencies’ services.

Another sign of the crisis’ conclusion is the curious tendency toward high demand for human resource managers in production enterprises, and in absolutely different industries. This is evidence that enterprises are interested in increasing production volumes or undergoing restructuring.

Estimates about which professions will be required in the near future are already being made. Geologists and oil refinery specialists will certainly be in great demand. Experts on oil production on continental platforms, construction of hydrodynamic models and subsea geology will be especially popular — this field is exploding in popularity, and there are practically no personnel of this kind. Pharmacologists will also be in need, as most of the big pharmaceutical companies are planning to open production in Russia. The crisis has shown that risk managers and debt restructuring experts are in scarce supply. It will take a long time to remove the consequences of the crisis entirely, and these specialists will be highly prized. Directors of production will also be in need to replace the existing managers. In the banking sphere, there will be a stable demand for qualified client managers, credit analysts, consortium loan specialists and operation risk managers, of which there are very few in the corporate and investment sphere.

Experts in new business development are highly prized, to develop a business from the idea stage to the first profit. Specialists with both Russian and Western experience are very attractive. In the financial sphere, there is new demand for macroeconomists and specialists in strategic analysis. All these are good indicators, demonstrating that companies have grasped the importance of not living just for the day, as they did during the crisis period, but of planning for the far future. Such an outlook was absolutely irrelevant during the crisis, although now it is the most correct approach to the situation. The companies that tackle this issue now will win the competition in several years.

To finish, one of the most interesting employment market tendencies during the crisis recovery is a change in the priorities on which candidates base their job searches. On the jobseeker side there are decreased expectations and a more sober estimate of their requirements. In contrast, employers’ requirements have become considerably more rigorous. But both sides are unambiguously focused on long-term cooperation.