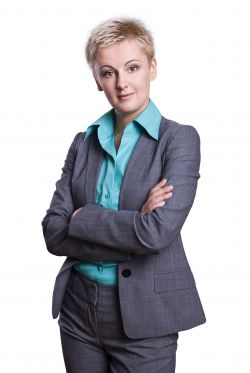 In fall 2010 and winter 2011, the labor market will continue to recover from the aftermath of the financial crisis and will enter a stabilization phase. This is the conclusion drawn by the company CASE following a survey of wages and salaries, benefits and compensations conducted in spring 2010 in 17 cities across Russia.

The 2008 crisis had a serious negative impact on the economy of this country. The adverse consequences of the crisis are still felt on the market — inter alia, the labor market. The labor market is always very responsive to any economic changes because general economic trends are clearly reflected in tendencies for remuneration of labor, compensation packages and benefits granted. The latest of the regular surveys of wages and salaries, benefits and compensations conducted by CASE fully confirms this.

The 2008 crisis made many companies view business from a different angle. Now it is clear that in addition to adverse consequences, the crisis has produced a tangible positive effect. Before the crisis the pay market was definitely overheated, and in our surveys we recorded a steady growth of wages and salaries for practically all personnel categories, from manual labor to top managers. Now most companies are changing or have already changed their compensation policy approaches. This has resulted in companies’ attitudes toward bonus policy being changed, as well as the relationship between fixed (base pay) and variable payroll components. In our payroll surveys we have often pointed out that for employees entitled to both base pay and a bonus, the aggregate income has basically not changed during the crisis period. This being the case, the base pay portion has decreased (often considerably — by 20 percent to 30 percent), whereas the bonus part has increased. As for bonuses, they have also changed: Employers are increasingly using a non-fixed bonus based on payment by results, whereas a fixed bonus is put on the back burner. Yearly bonuses are gaining importance in the labor remuneration system, especially for those employees whose performance cannot be appraised over a short-term period.

The crisis has also influenced social package policy, with business now taking a more sound approach to its activities.

Whereas previously compensation packages were constantly inflated by extra perks, many of which were introduced merely to keep up with fashion, today benefits are granted solely on the basis of business needs. Employers carefully analyze benefit costs, and in a number of cases these have been cut down, for instance, if statistically employees spend about 1,000 rubles ($33) on mobile telephones in connection with operational needs, the cap may be brought down to this level. What is more, employers have been optimizing the package scope. For example, as regards voluntary medical insurance, employers have mostly retained polyclinic services, whereas the dentistry package has been significantly curtailed, and certain options, such as supervision of pregnancy and childbirth are now to be paid by employees, although based on corporate rates.

During the crisis, wages and salaries dropped in most industries and in most positions, with fall 2008 and winter 2009 being the most acute periods. It was by fall 2009 that some companies again began to increase wages and salaries for their employees amid a slight improvement in the economic situation. The trend persisted in spring to fall 2010. A spring survey showed some increase in wages and salaries in most of the surveyed regions. However, the size of this growth in absolute magnitude is too small, so we believe it is premature to say wages and salaries are steadily growing and reaching pre-crisis levels. What we have is an adjustment of crisis curtailments that were uneven in different industries. We saw a 40 percent pay increase in the retail sales sector, yet in 2009 salaries of the same group of employees were reduced commensurably.

The pay change dynamic over the surveyed period of September 2009 to April 2010 in Moscow was a 1.84 percent increase. The survey results basically confirm the forecast made in late 2009 about a slow, yet positive pay increase throughout 2010.

We forecast that the slow upward trend for wages and salaries will persist and that they may reach pre-crisis levels in the nearest six to 12 months. That said, it is unlikely that the overall growth of wages and salaries in 2010 will exceed 5 percent to 7 percent.

This notwithstanding, the surveyed companies view the situation more optimistically. For instance, 82 percent plan to increase wages and salaries for their employees in the short term by 10 percent for the first time after the acute phase of the crisis. We, however, believe that the market will make adjustments. Whereas before the crisis the average percent of planned pay increases was 10 percent and the actual percentage was 13 percent to 15 percent, now against the backdrop of the market situation the actual percentage of pay increase in the following year will be slightly lower than the one planned.

The labor market will be the first to respond to economic growth and hence develop. In 2005-08, pay increase rates were higher than the economic growth rate, which, of course, was a negative factor. Under the new post-crisis conditions, the pace of employee income increases and the rate of economic growth should correlate with each other, with business efficiency being the cornerstone of a new economic reality. Companies that managed to organize their activities most efficiently did survive the crisis. They stay afloat, taking the market share of their competitors that withdrew from the race.

Obviously, the crisis has helped most companies realize that their businesses are becoming increasingly streamlined and efficient, which results in this country’s economy becoming more efficient as well.