On Sunday, Russia marked its annual Remembrance Day for the Victims of Political Repressions, a day in which the country honors the millions of victims of Soviet terror.

Inevitably, the war in Ukraine loomed large over this year's ceremonies, with many Russians again fearing for their relatives' lives after President Vladimir Putin's recent mobilization order.

Few of the individuals honoring the dead on Sunday would have been unaware of the massive tensions in society the Stalinist past still unleashes, not least in a year in which the human rights NGO Memorial was both awarded the Nobel Peace Prize and liquidated by the Russian authorities. 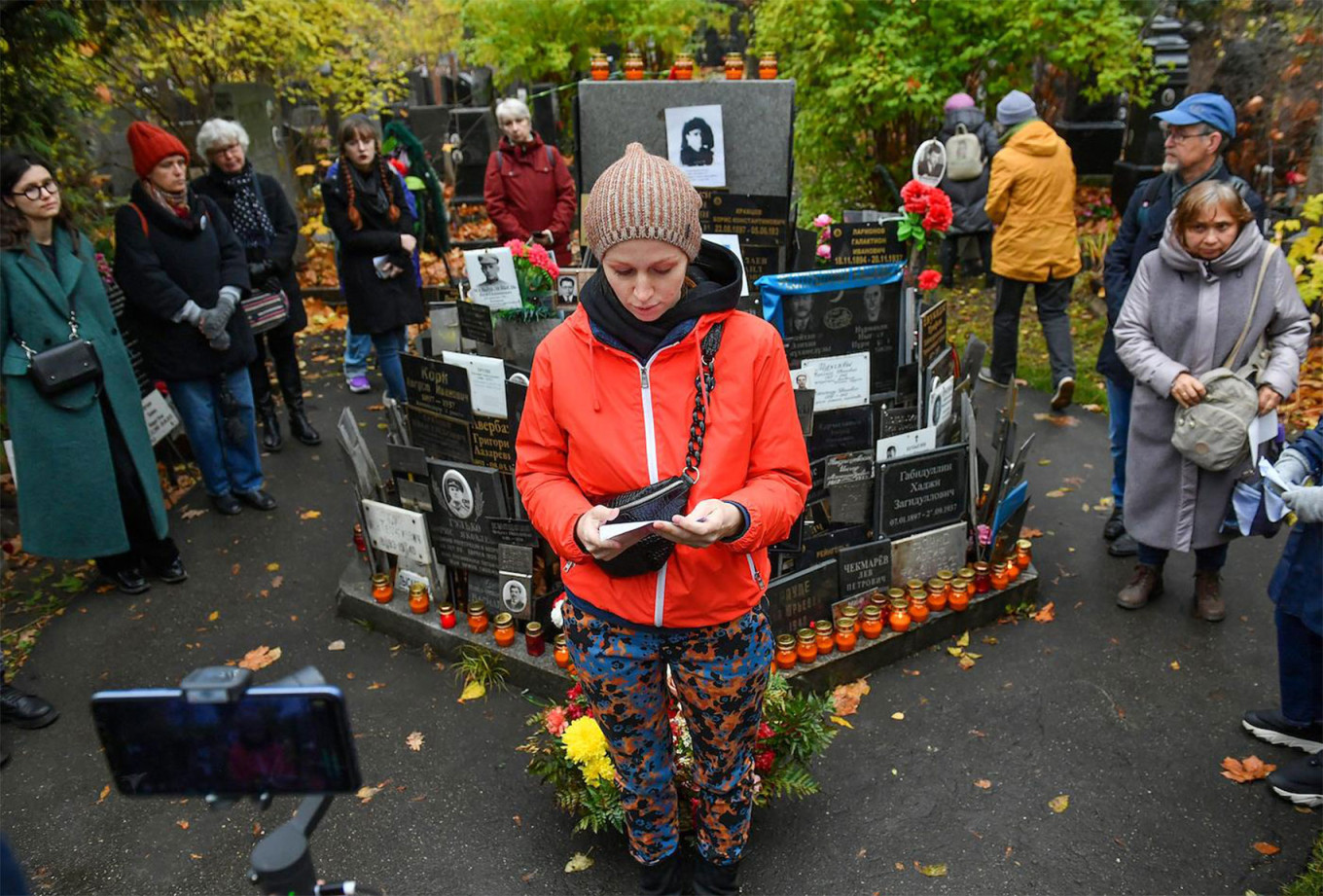 People take part in a "Return of Names" ceremony at one of the mass graves at Moscow's Donskoe Cemetery.
Irina Bujor / Kommersant 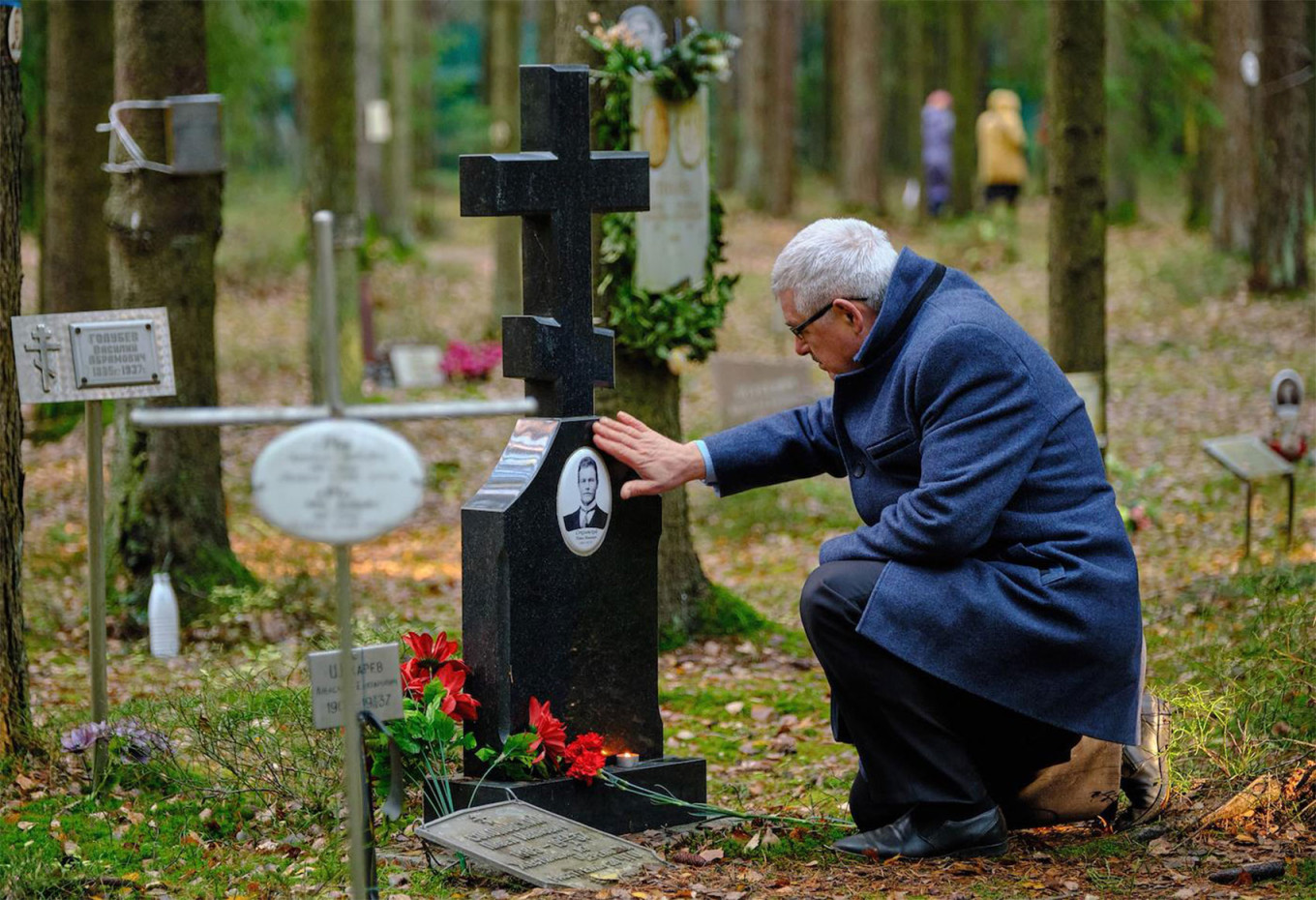 One man marks the Day of Remembrance of the Victims of Political Repressions at the Levashovsky Memorial Cemetery in St. Petersburg.
Alexei Smagin / Kommersant 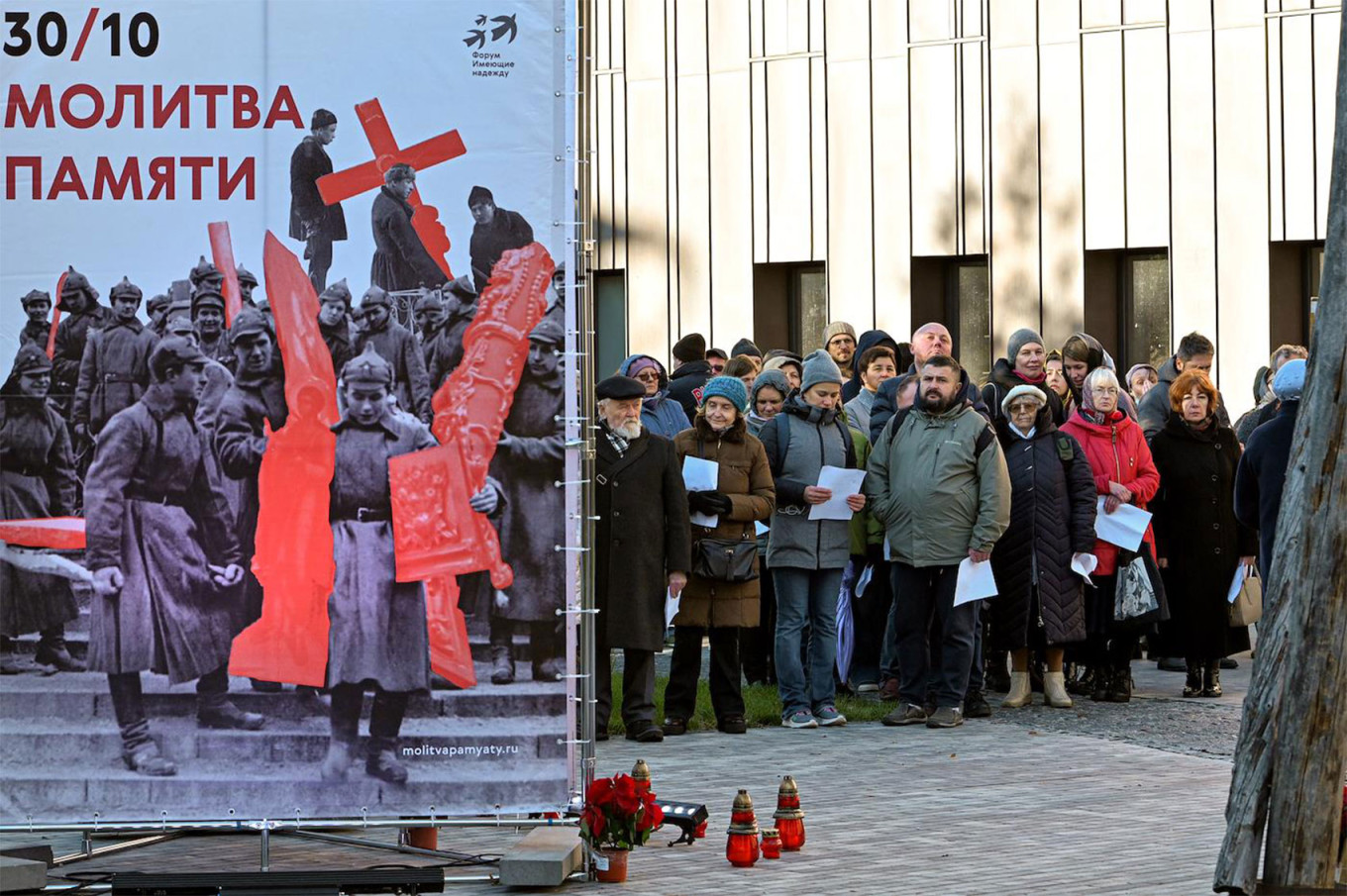 Participants read aloud lists of the dead during a so-called "Prayer of Memory" outside the GULAG History Museum in Moscow.
Evgeny Filippov / Kommersant 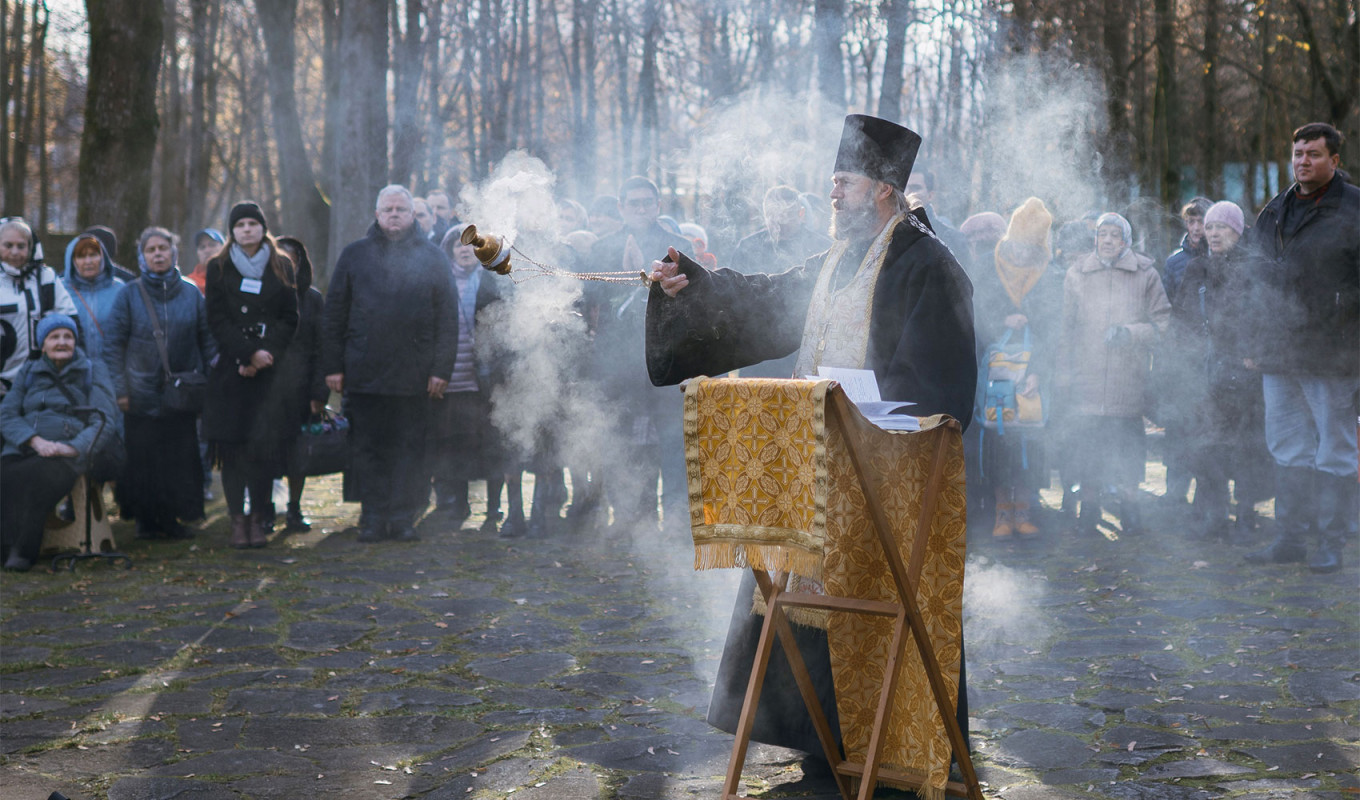 A memorial ceremony at the notorious Butovo Firing Range, an NKVD execution site outside Moscow.
Government of Moscow 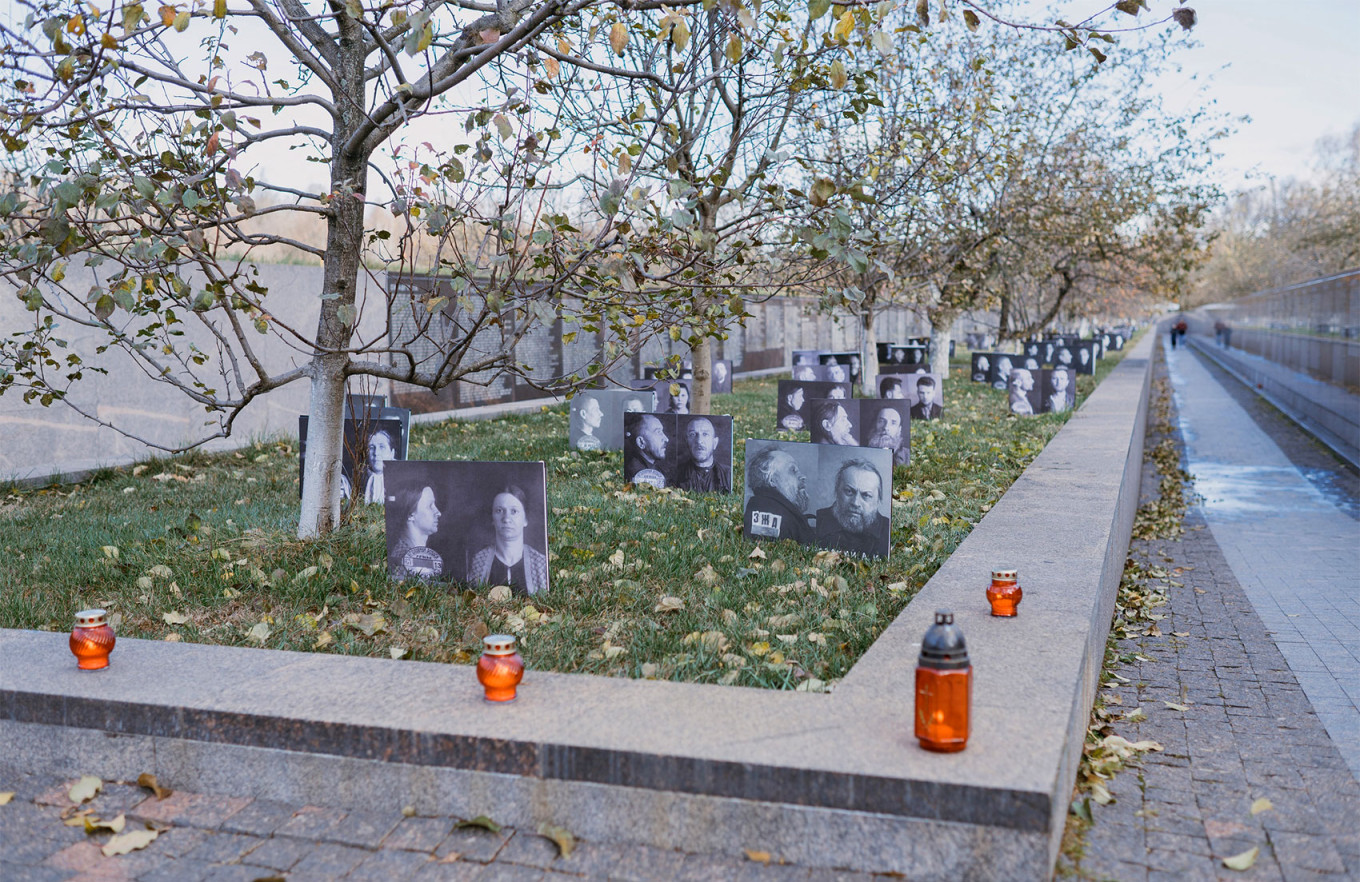 Candles honor the dead at the Butovo Firing Range.
Government of Moscow 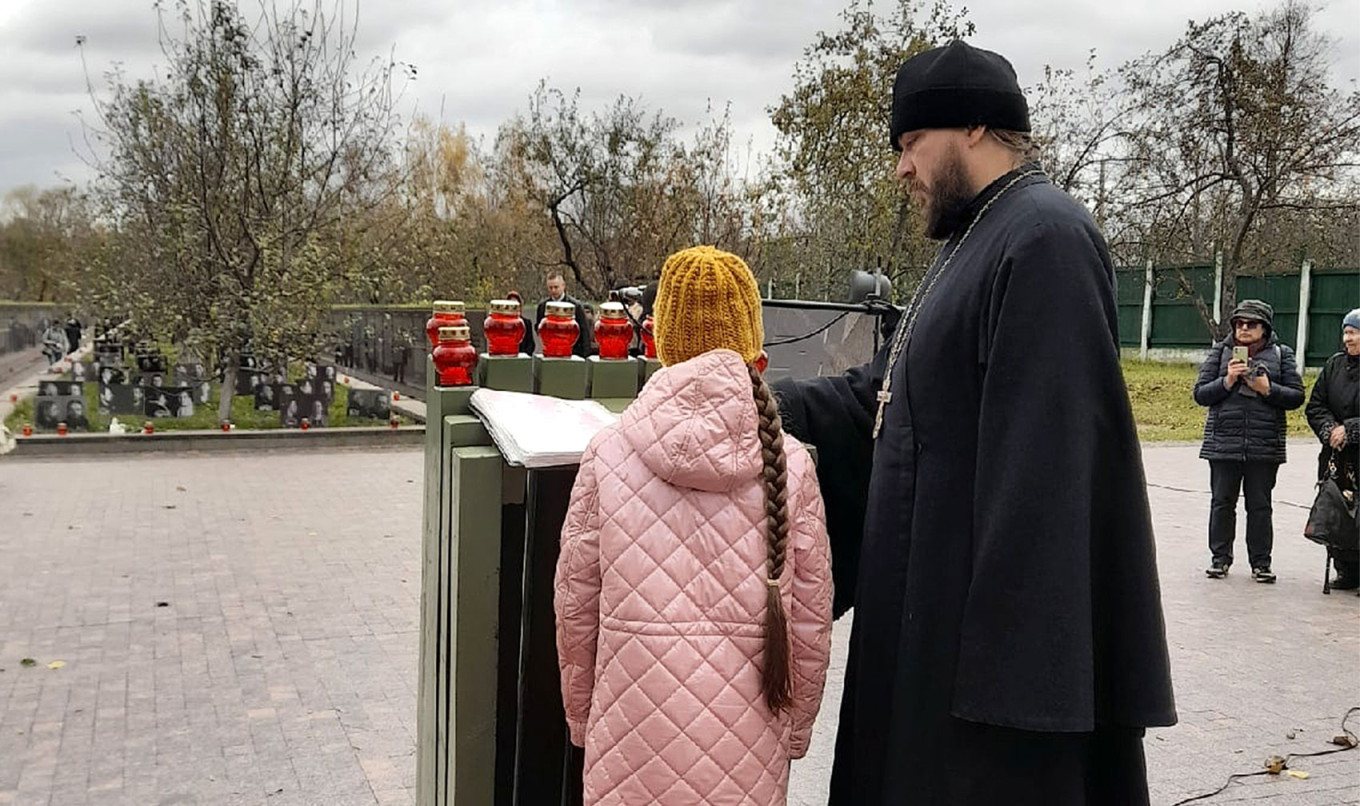 A priest and a young girl at the Butovo Firing Range.
Svetlana Korochkova / VK 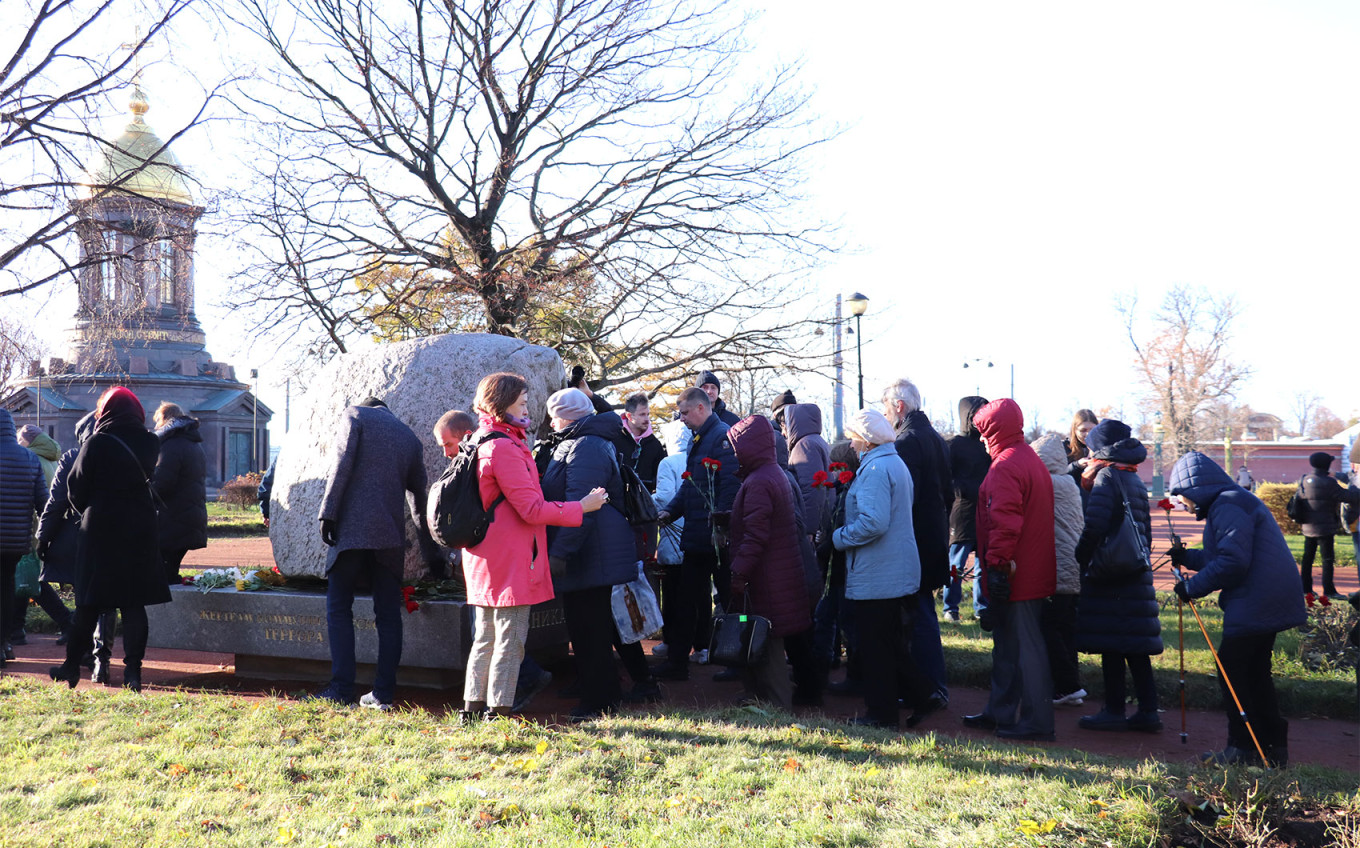 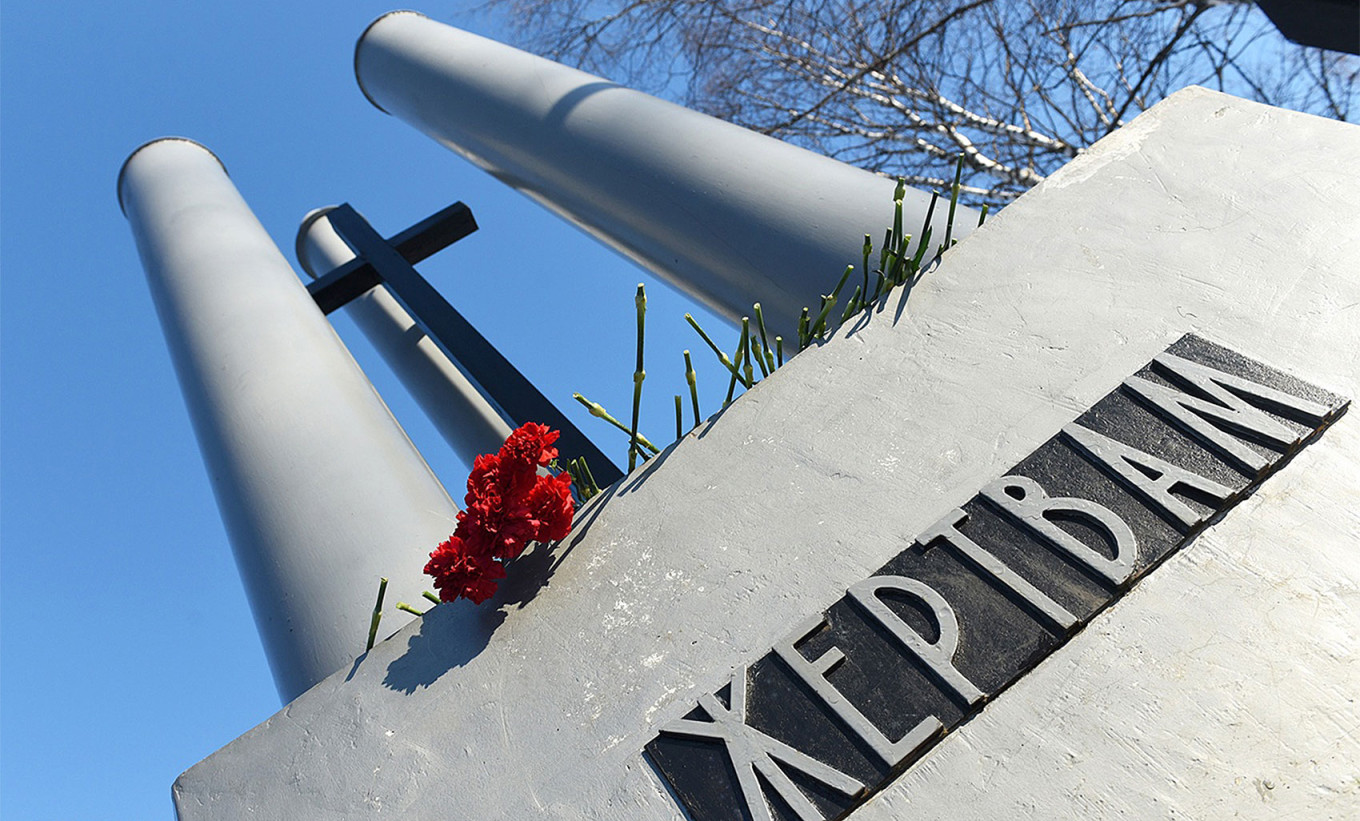 The Monument to Victims of Political Repressions in Sosnogorsk, in Russia's far northern Komi Republic.
School No. 2 of Sosnogorsk / VK 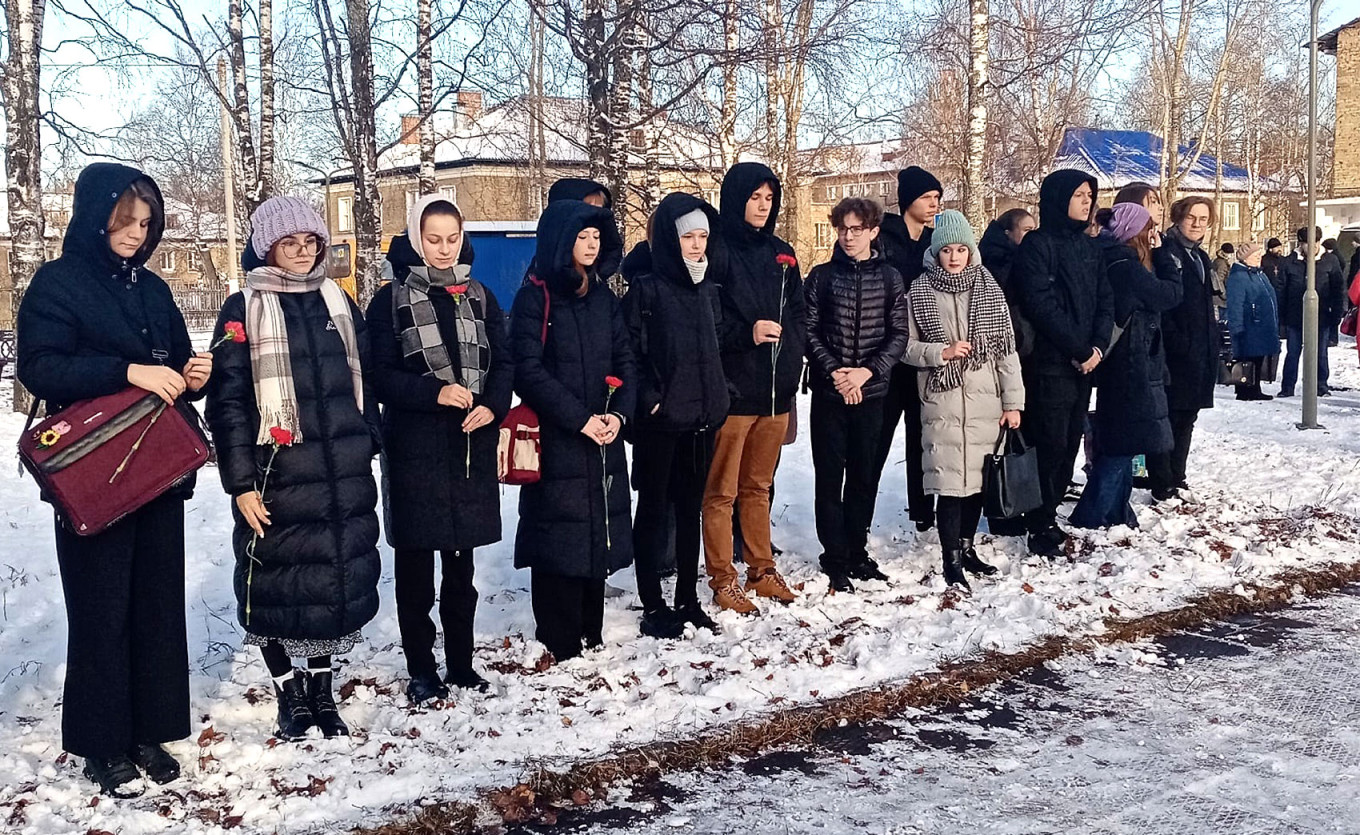 Students paying their respects at the monument to Victims of Political Repressions in Sosnogorsk.
School No. 2 of Sosnogorsk / VK 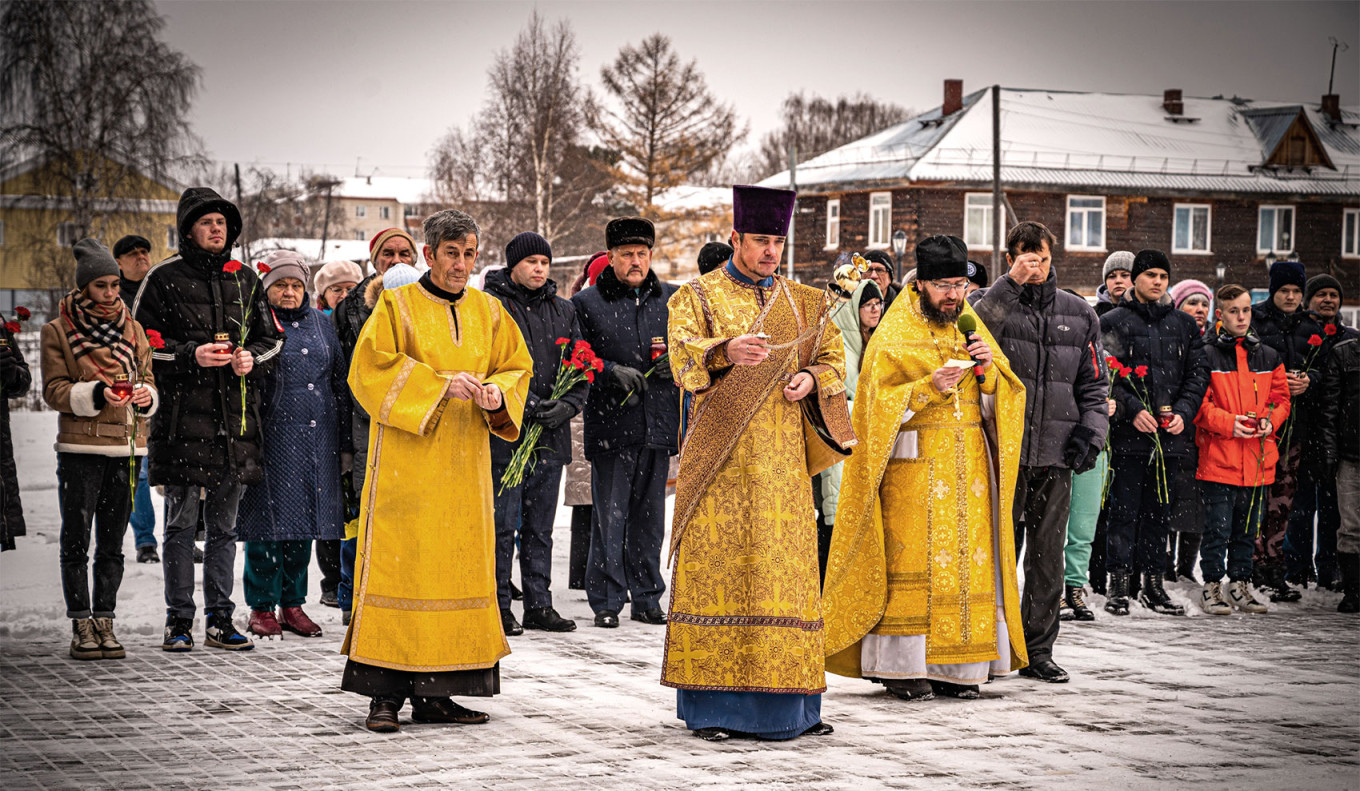 A memorial ceremony held in the town of Kolpashevo, in Siberia's Tomsk region.
Kolpashevo Culture and Leisure Center / VK 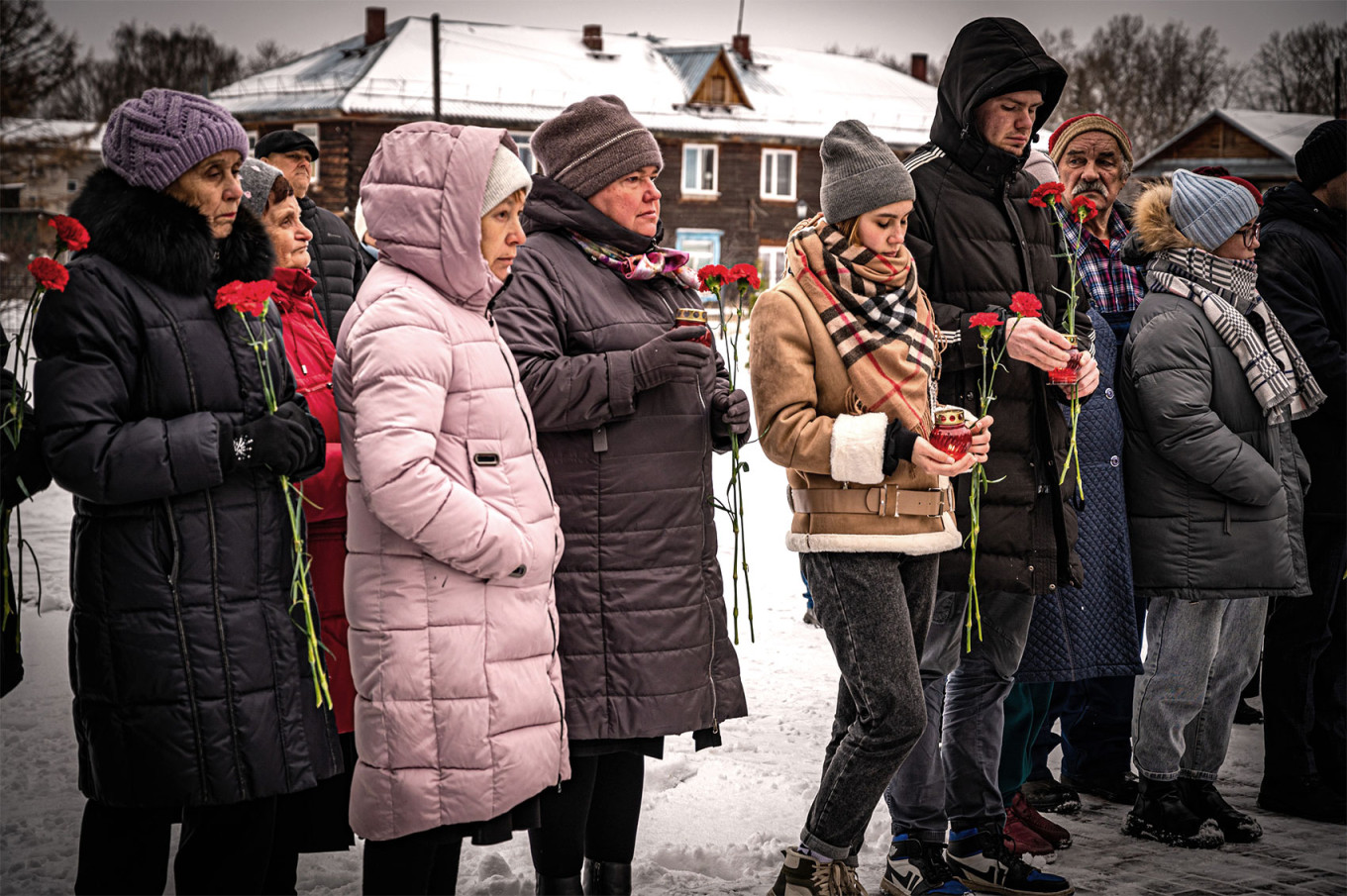 Locals in Kolpashevo paying their respects to the victims of Stalinism.
Kolpashevo Culture and Leisure Center / VK 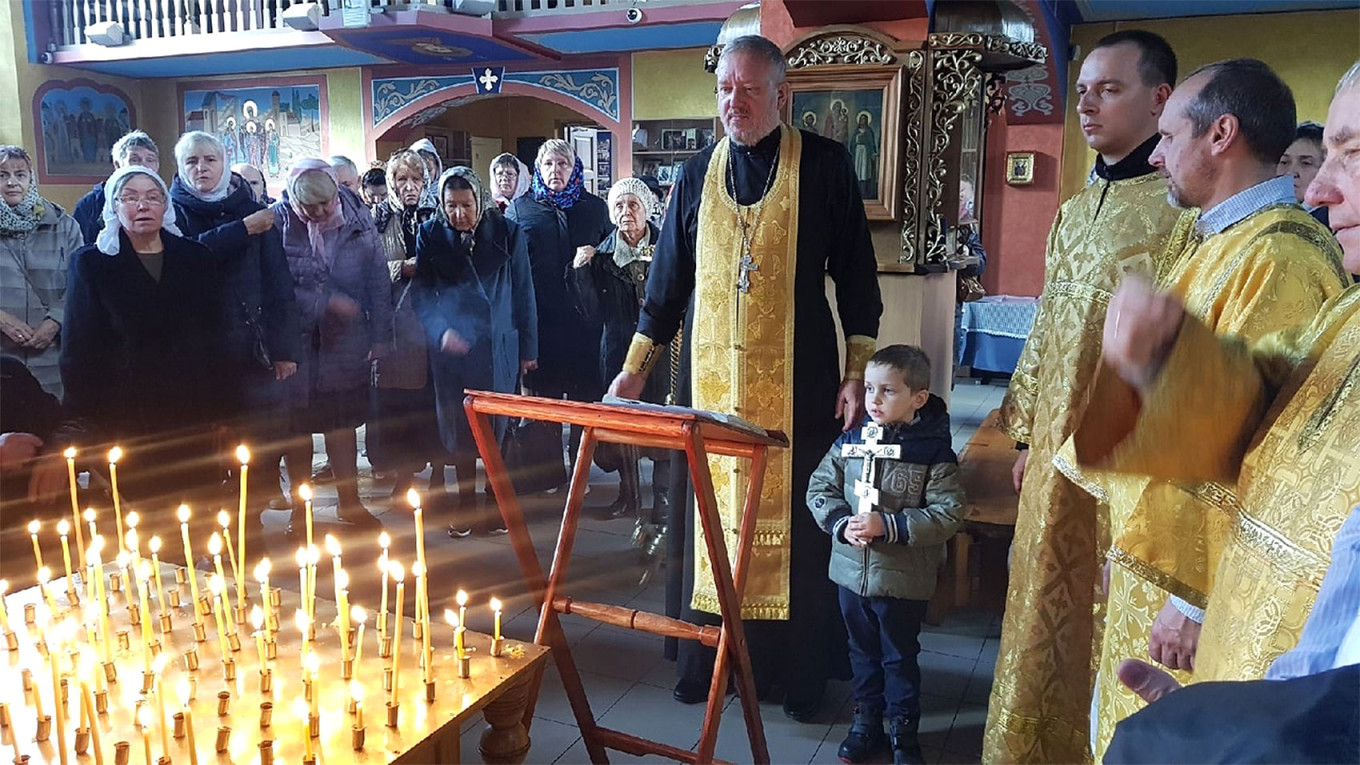 The names of those who were murdered during the years of repression are read out at a church in Kaliningrad.
Kaliningrad Diocese of the Russian Orthodox Church / VK 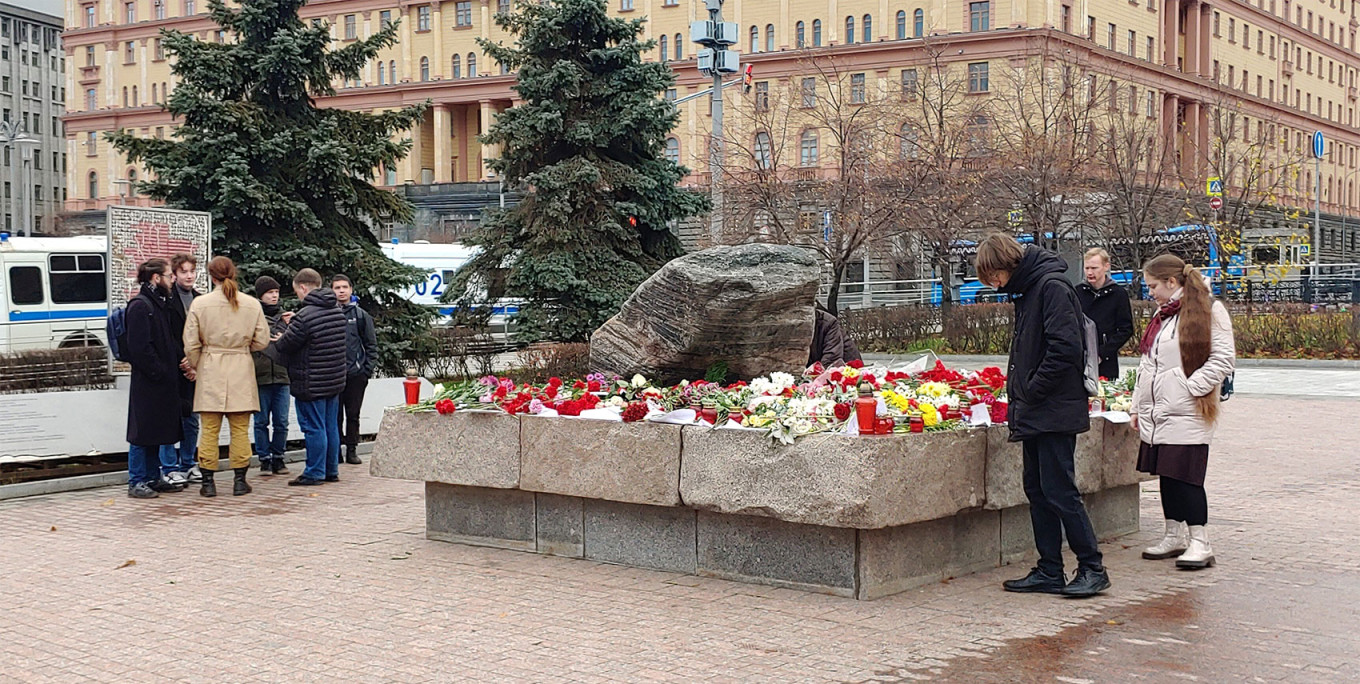 The Monument to Victims of Political Repressions, which faces the infamous Lubyanka Prison and former KGB headquarters in Moscow.
Moskva News Agency