While millions of Ukrainian children have fled their homes since Russia invaded Ukraine on Feb. 24, more than 3 million children remain in the country as of July 26, according to UNICEF.

As Russia's war against Ukraine drags on, children continue to live in wartime conditions, surrounded by bombed buildings, destroyed cars and anti-tank equipment. 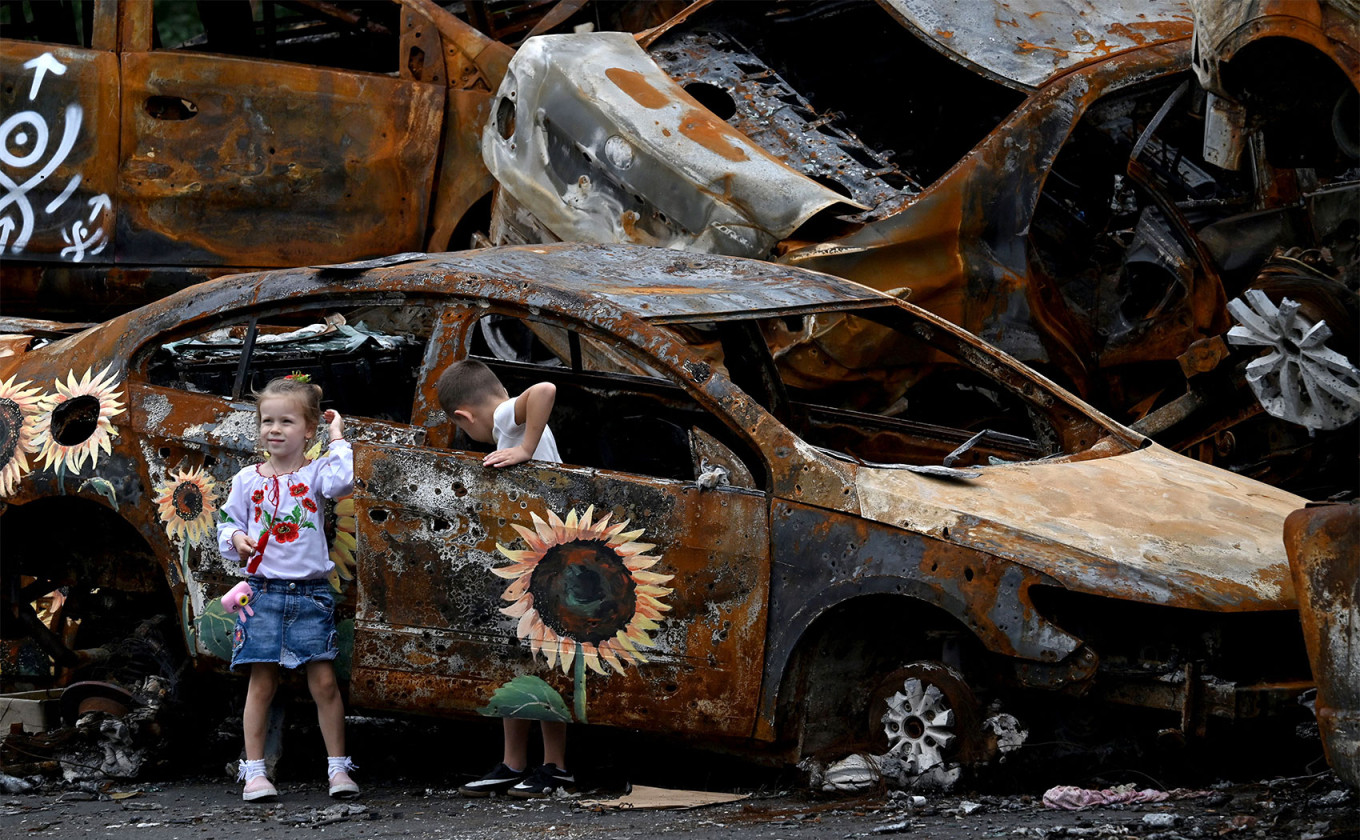 Children play at a cemetery of cars shot by Russian troops, some painted by local artists, in Irpin.
Sergei Supinsky / AFP 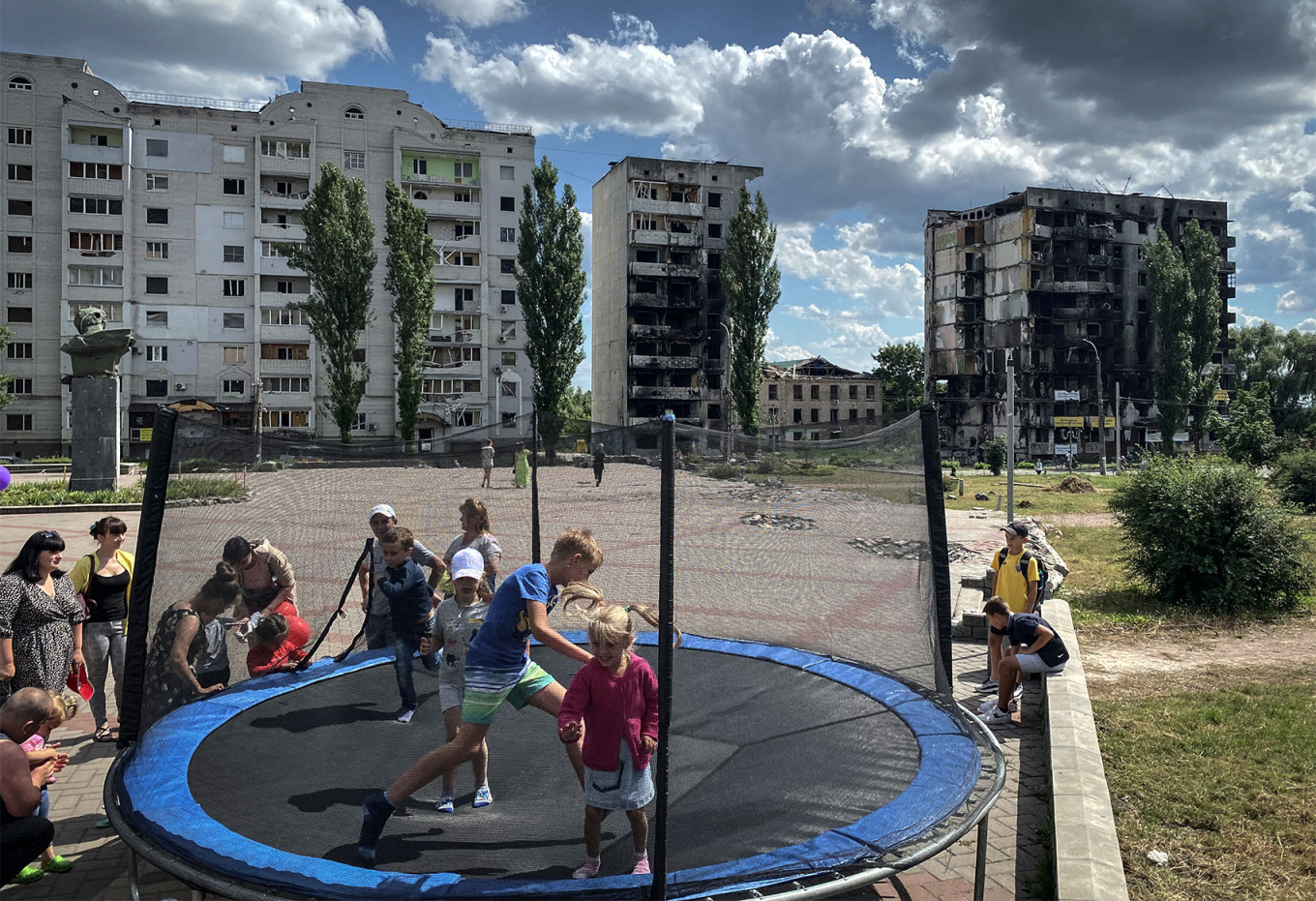 Children jump on a trampoline against the backdrop of destroyed buildings in Borodianka, northwest of Kyiv.
Ionut Iordachescu / AFP 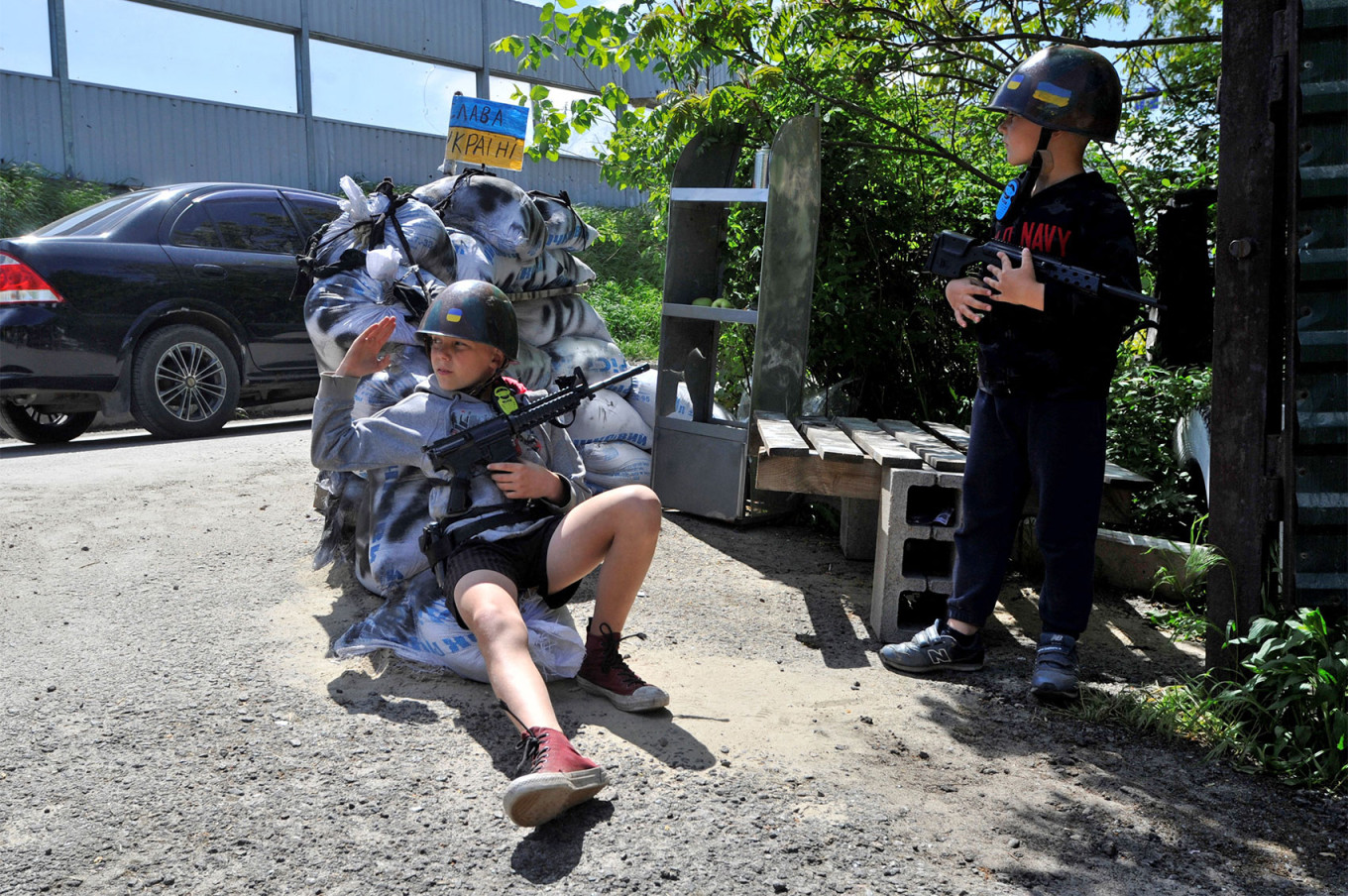 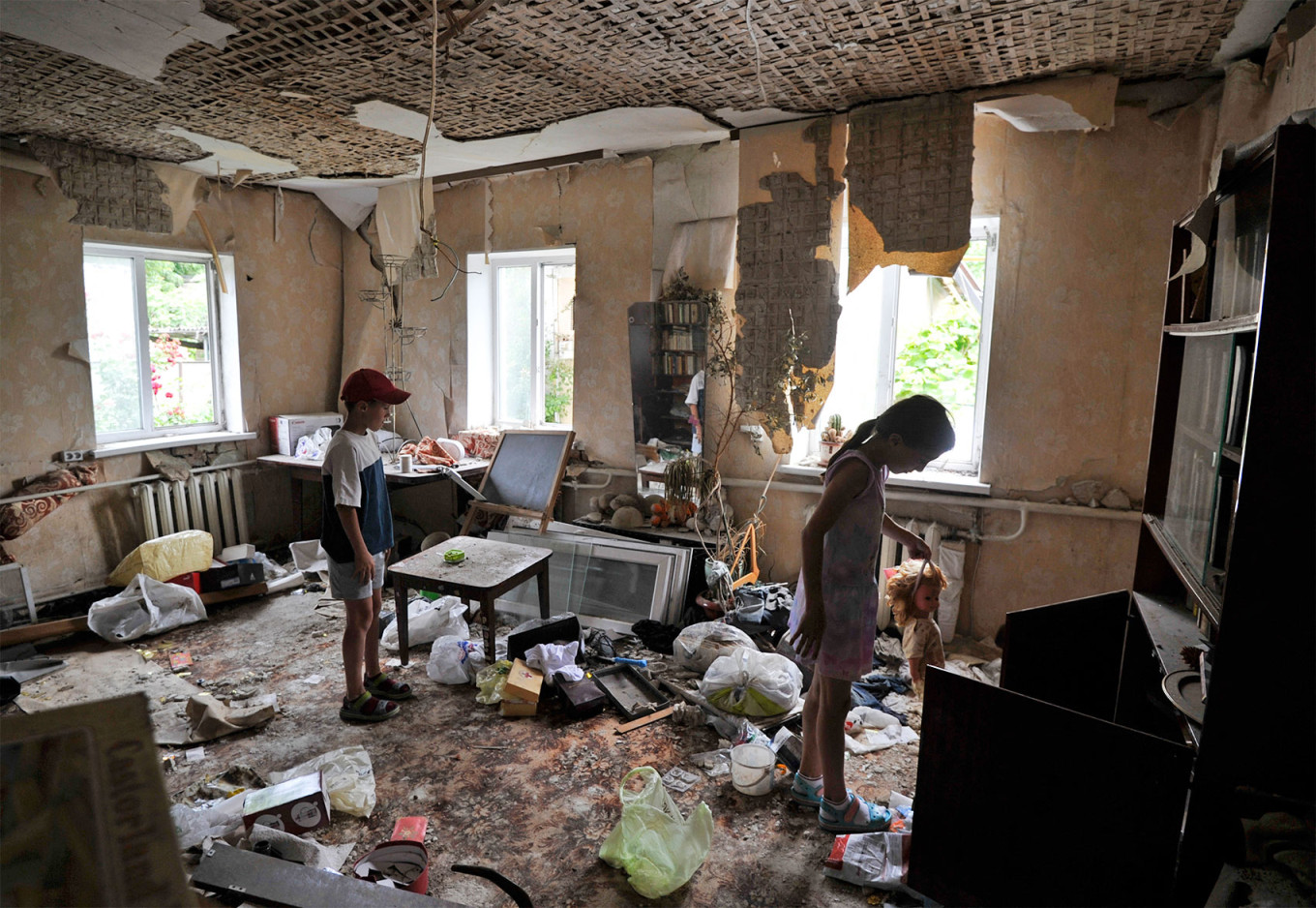 Children inspect a room damaged by shelling in the town of Borodianka, near Kyiv.
Sergei Chuzhakov / AFP 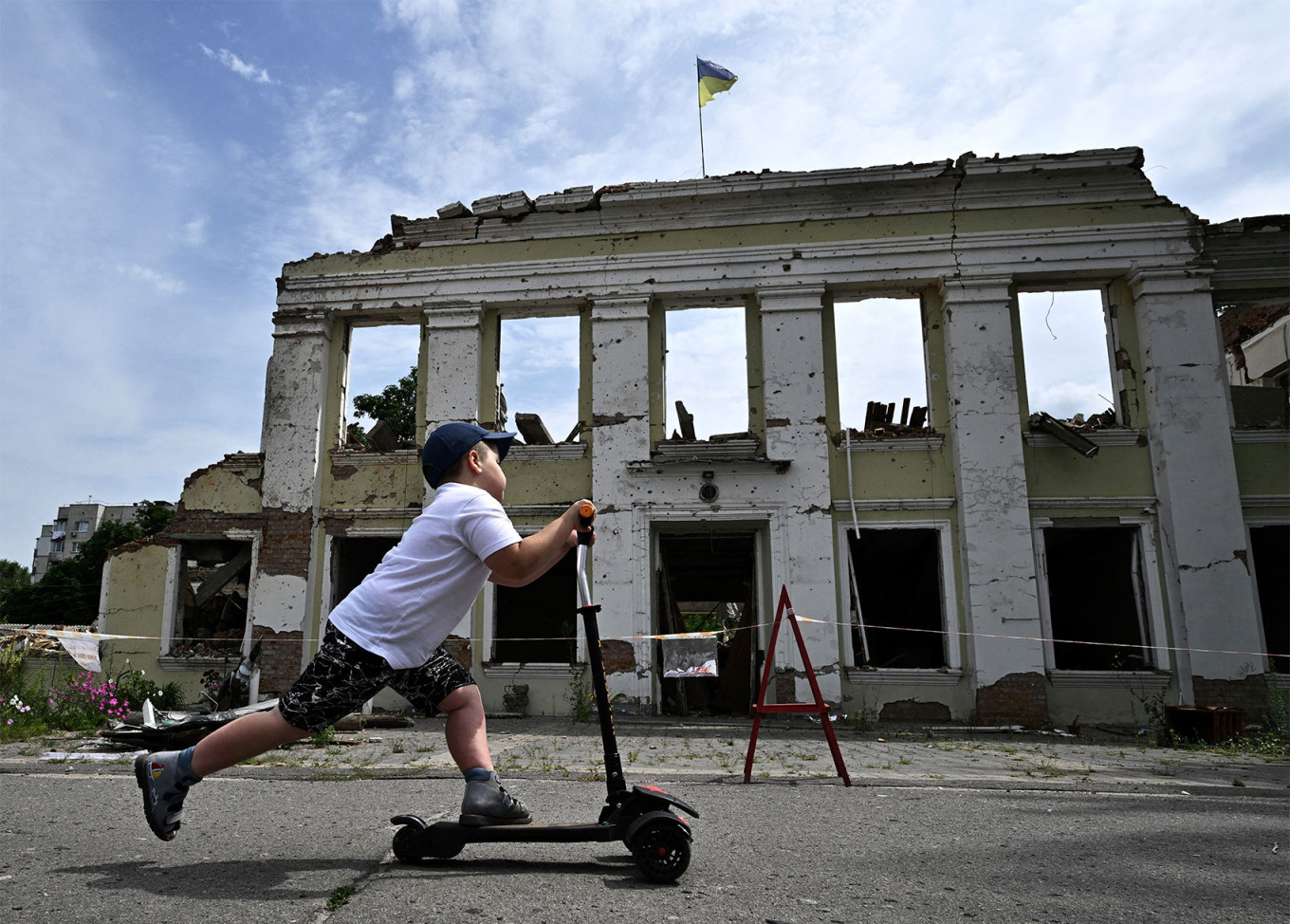 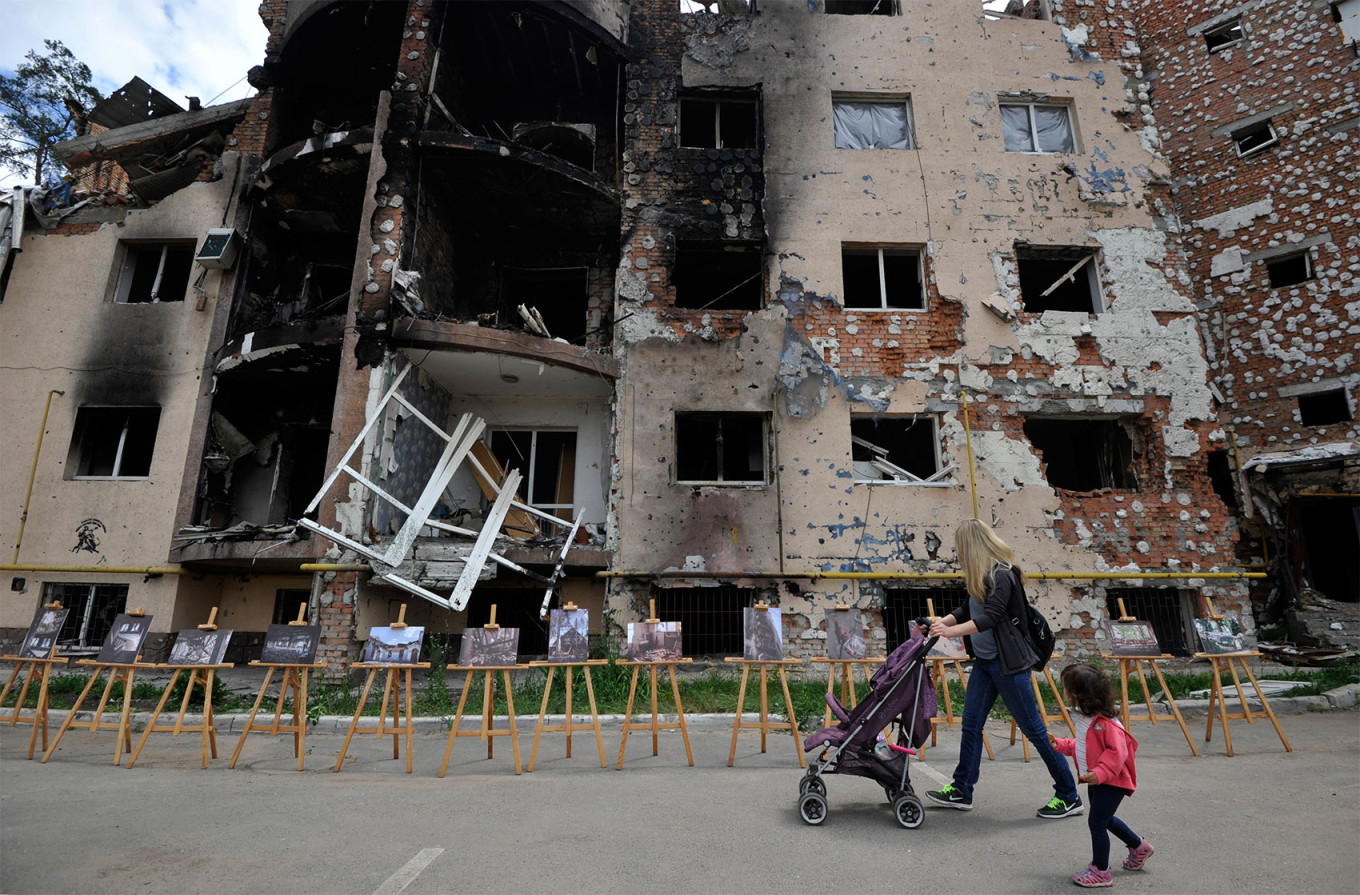 A woman and her daughter walk past a residential building destroyed by shelling in Irpin, near Kyiv.
Sergei Chuzhakov / AFP 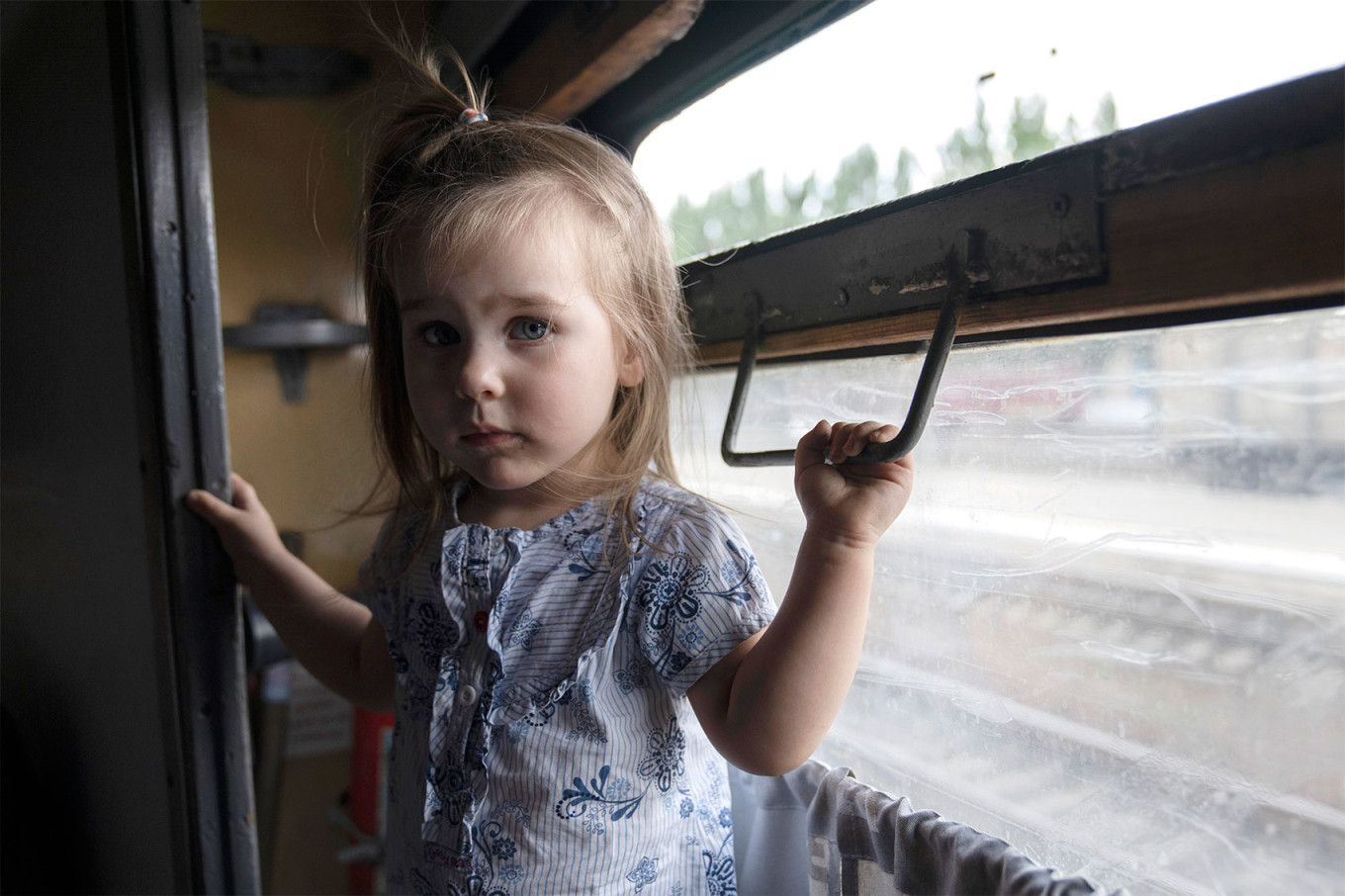 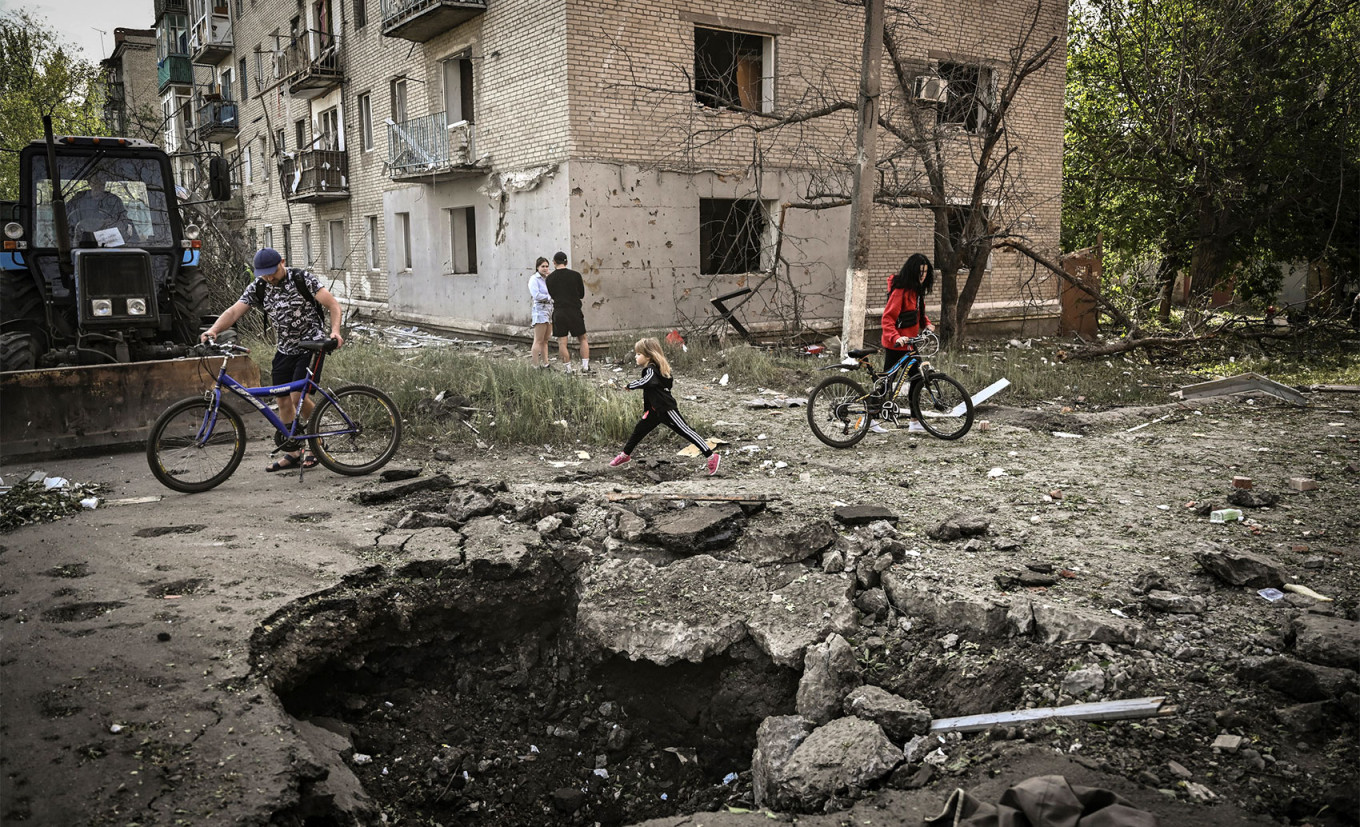 A young girl walks by a crater in front of a damaged appartment building after a strike in the city of Sloviansk at the eastern Ukrainian region of Donbas.
Aris Messinis / AFP 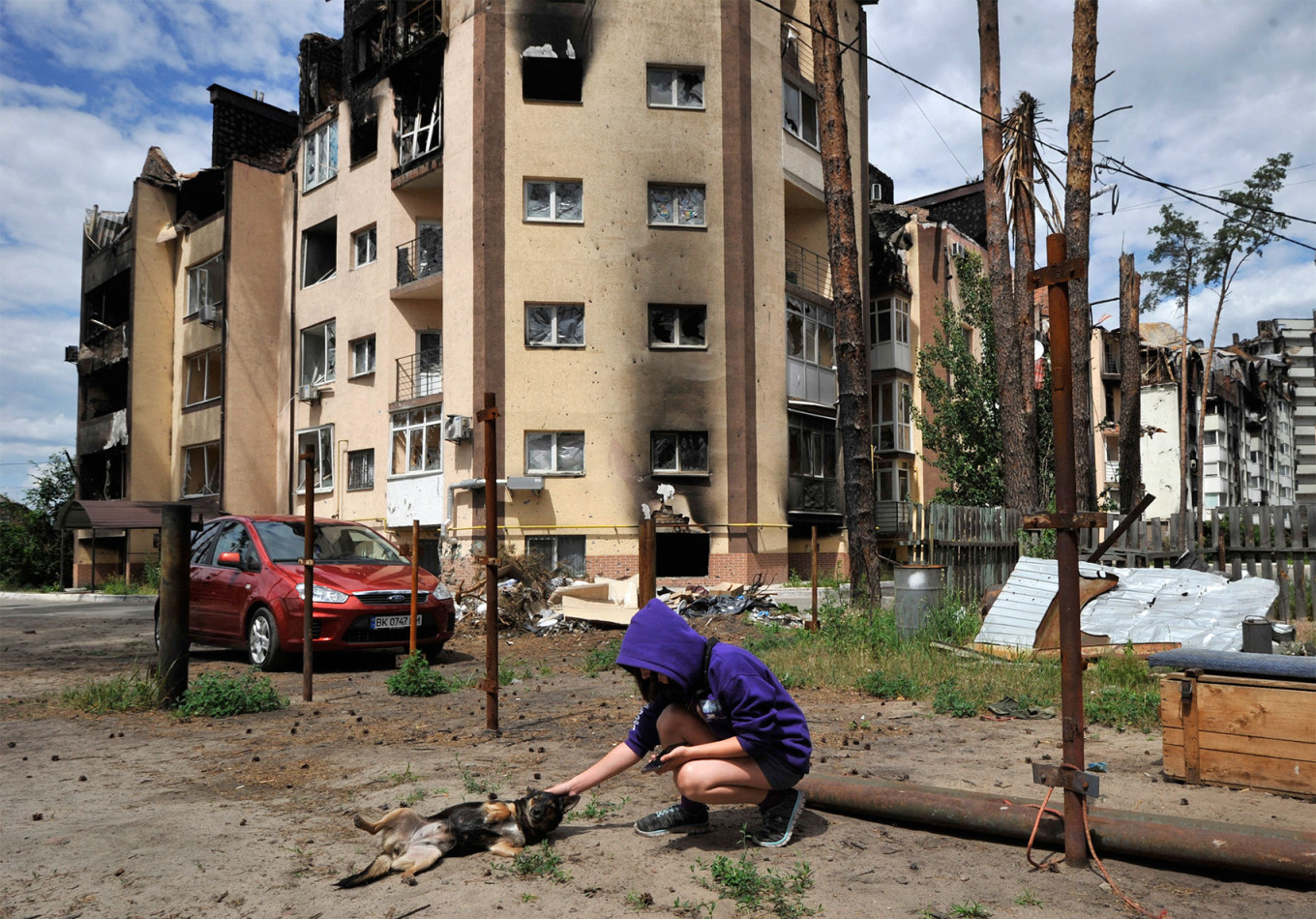 A girl pets a dog near a residential building partially destroyed by shelling in the town of Irpin.
Aris Messinis / AFP 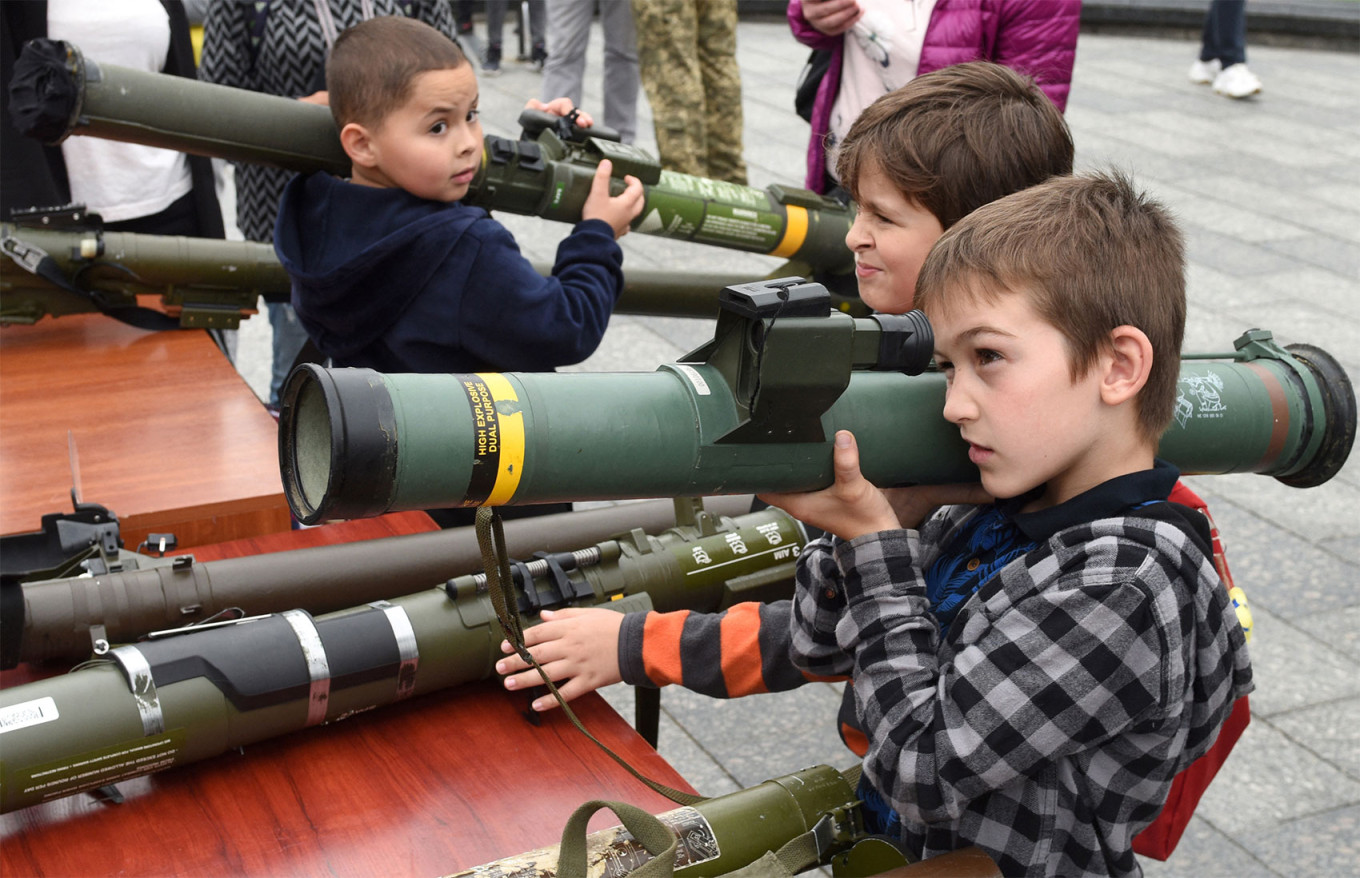 Children hold used anti-tank and anti-aircraft military equipment such as Javelin, NLAW, Stinger and others used by the Ukrainian military at an outdoor exhibition in the western Ukrainian city of Lviv.
Yuriy Dyachyshyn / AFP
Read more about: Ukraine war