Contribute Today
May 24, 2022 - 05:02 pm
On Feb. 24 2022, Russia invaded Ukraine. In the three months that followed, the country’s towns, cities and landscapes have been transformed by shelling, violence and civil defenses. Meanwhile, the lives of ordinary Ukrainians have also been changed beyond recognition, with millions of refugees forced to leave their homes, or live under the constant threat of bombardment. 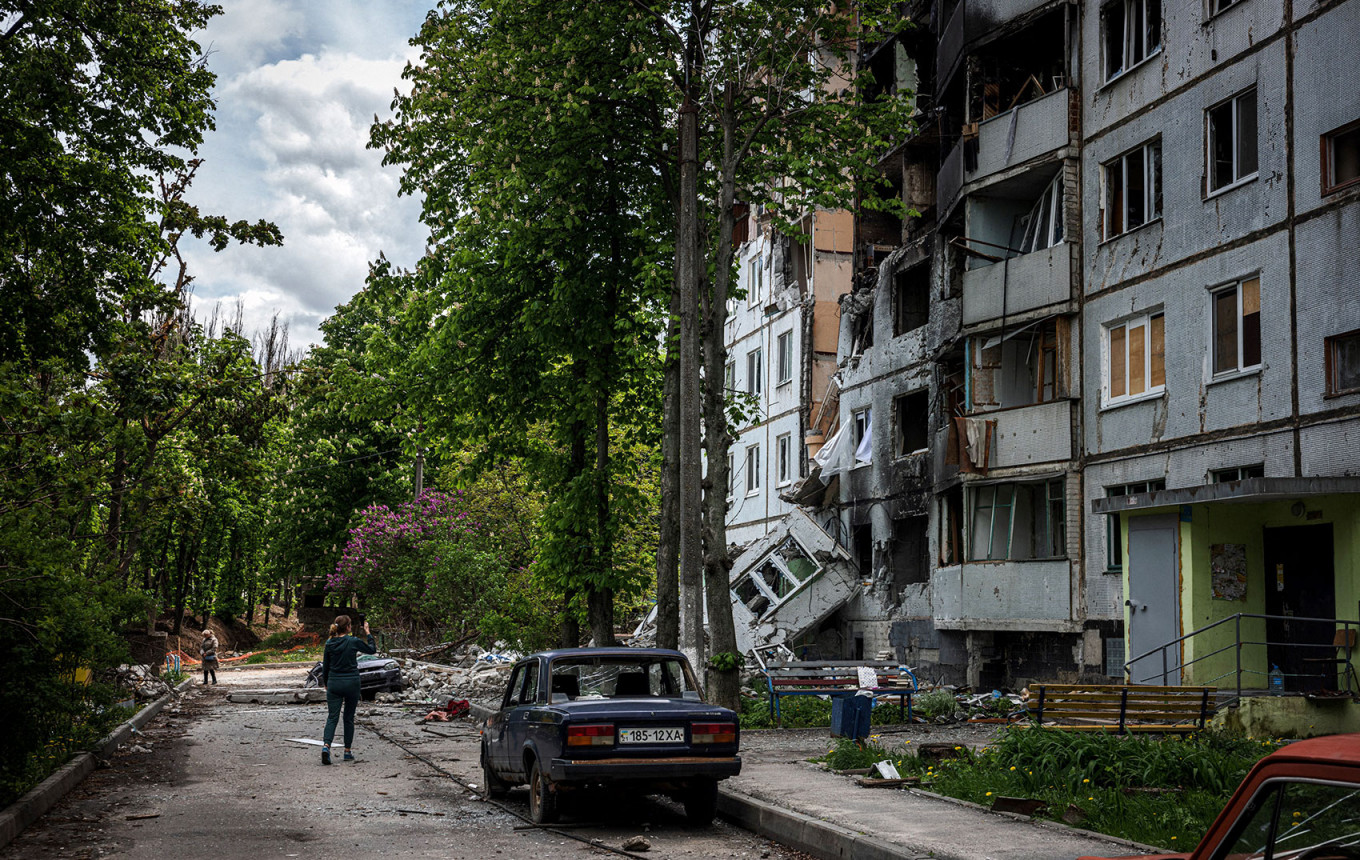 People walk past a damaged residential building in the Saltivka district, northern Kharkiv. 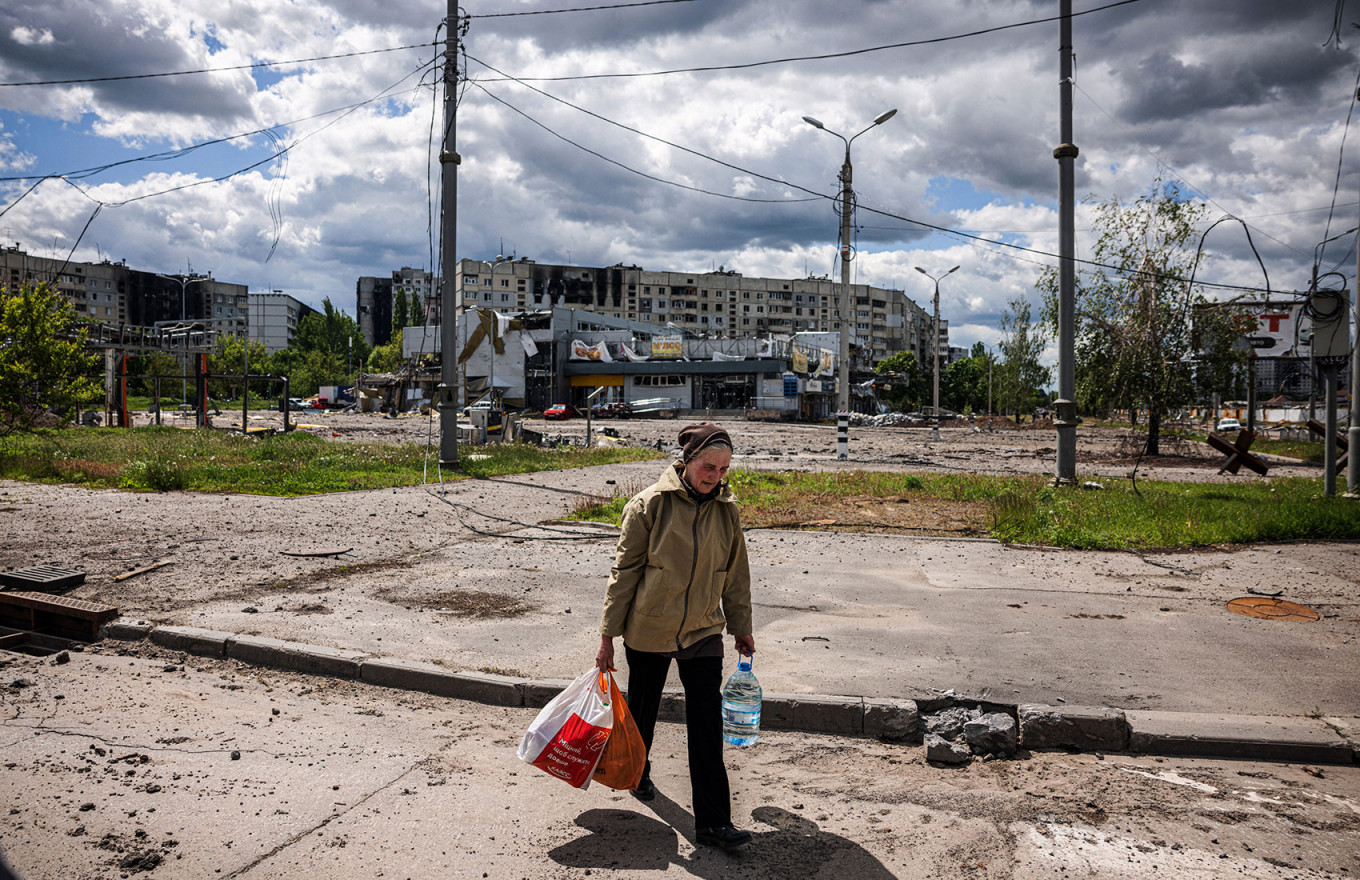 A woman carries bags with food while she walks in the Saltivka district, northern Kharkiv.
Dimitar DILKOFF / AFP 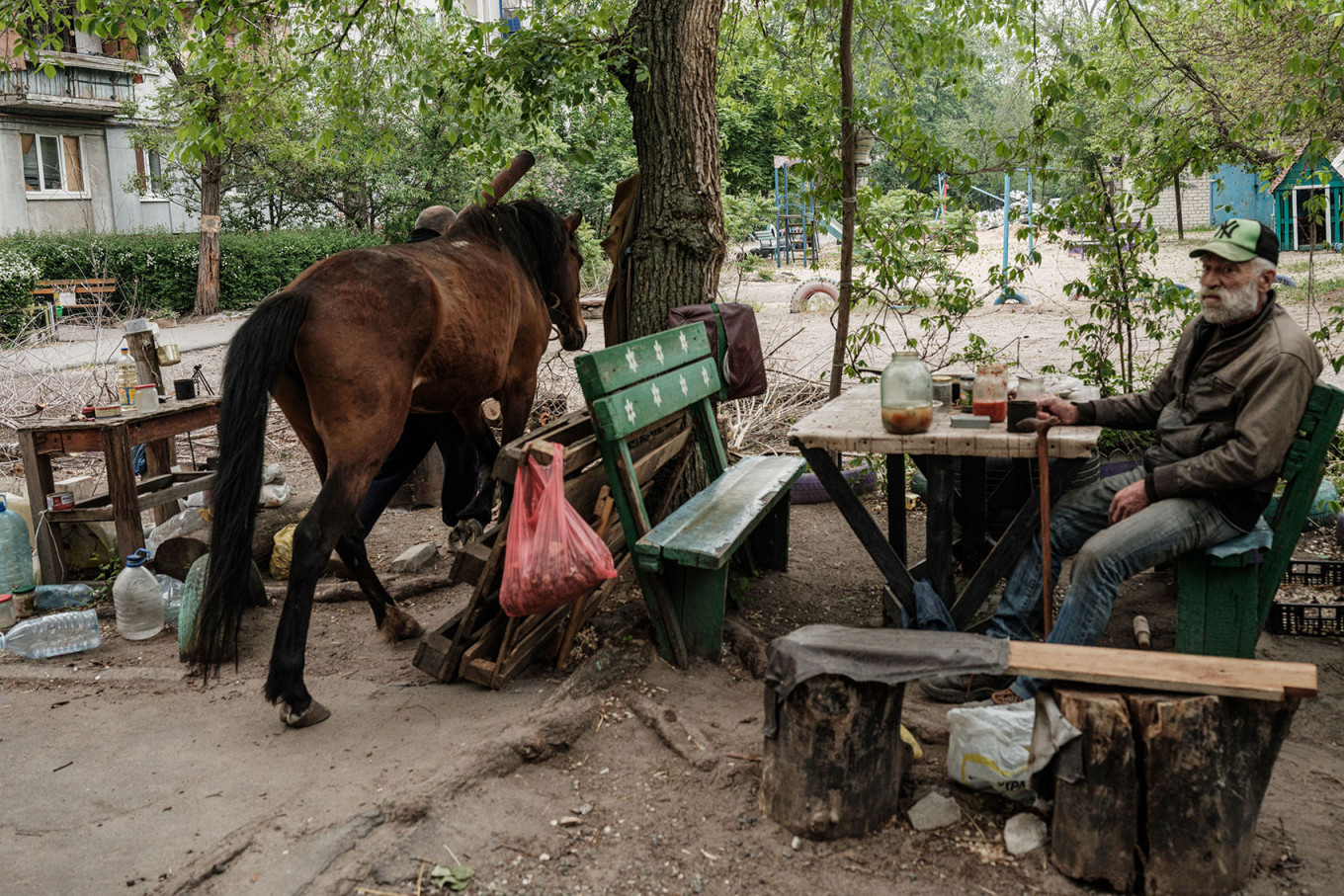 A man sits next to his horse during nearby mortar shelling in Severodonetsk, eastern Ukraine.
Yasuyoshi CHIBA / AFP 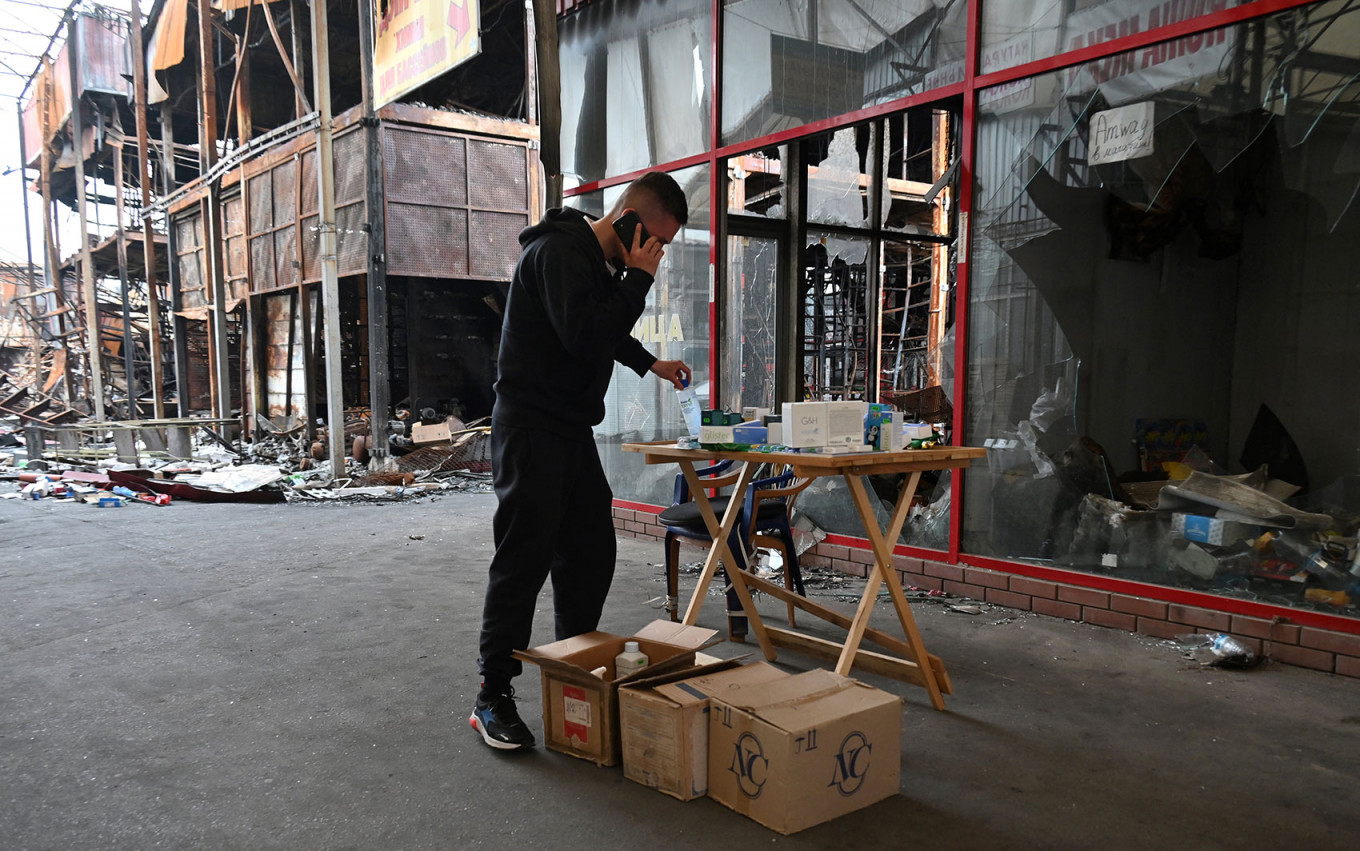 A seller talks on a phone as he lays out his goods, household chemicals and cosmetics, on a table outside of his destroyed store at one of Europe's largest clothing market "Barabashovo" in Kharkiv amid Russian invasion of Ukraine.
SERGEY BOBOK / AFP 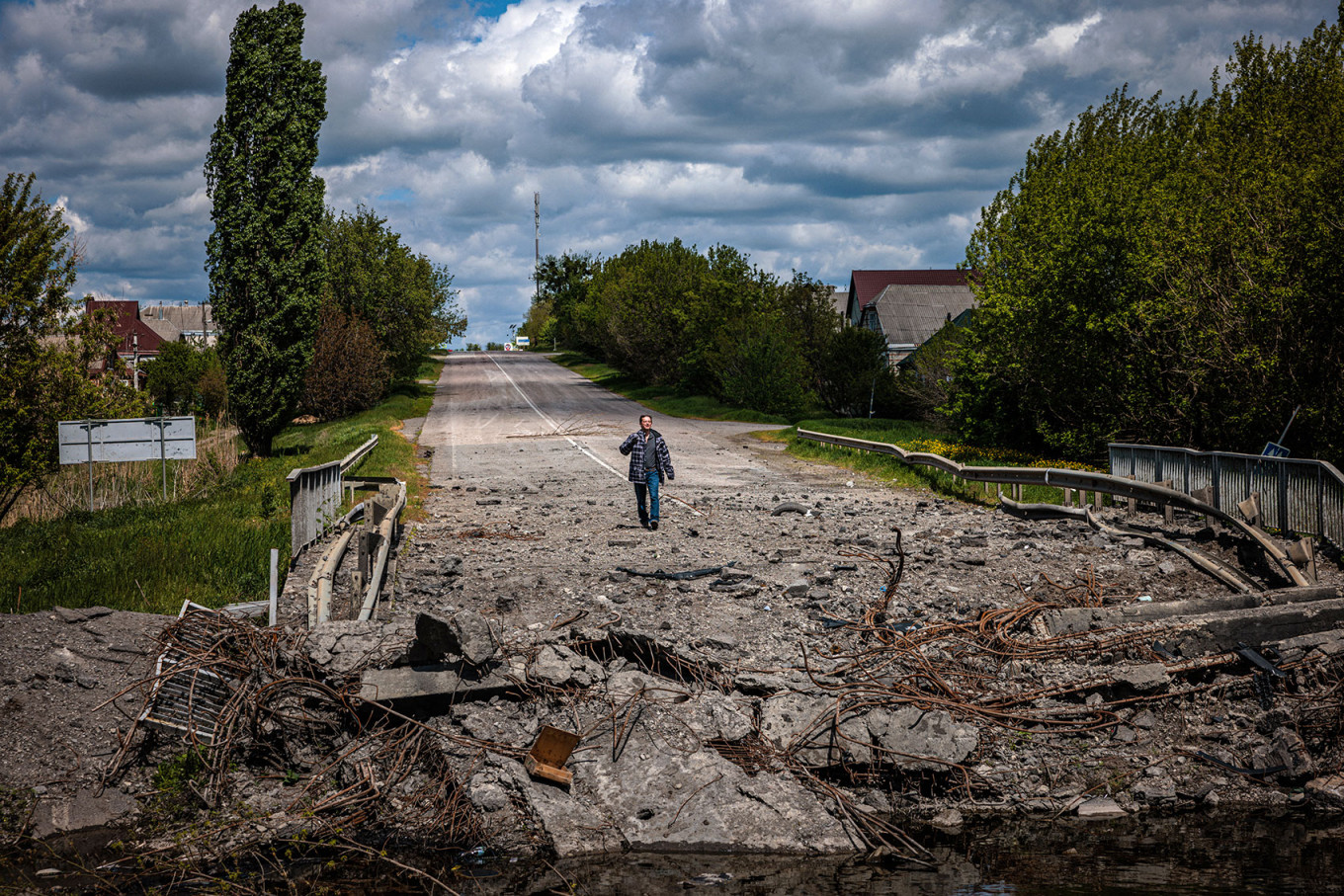 A man at a destroyed bridge on the road near the village of Ruska Lozova, north of Kharkiv.
Dimitar DILKOFF / AFP 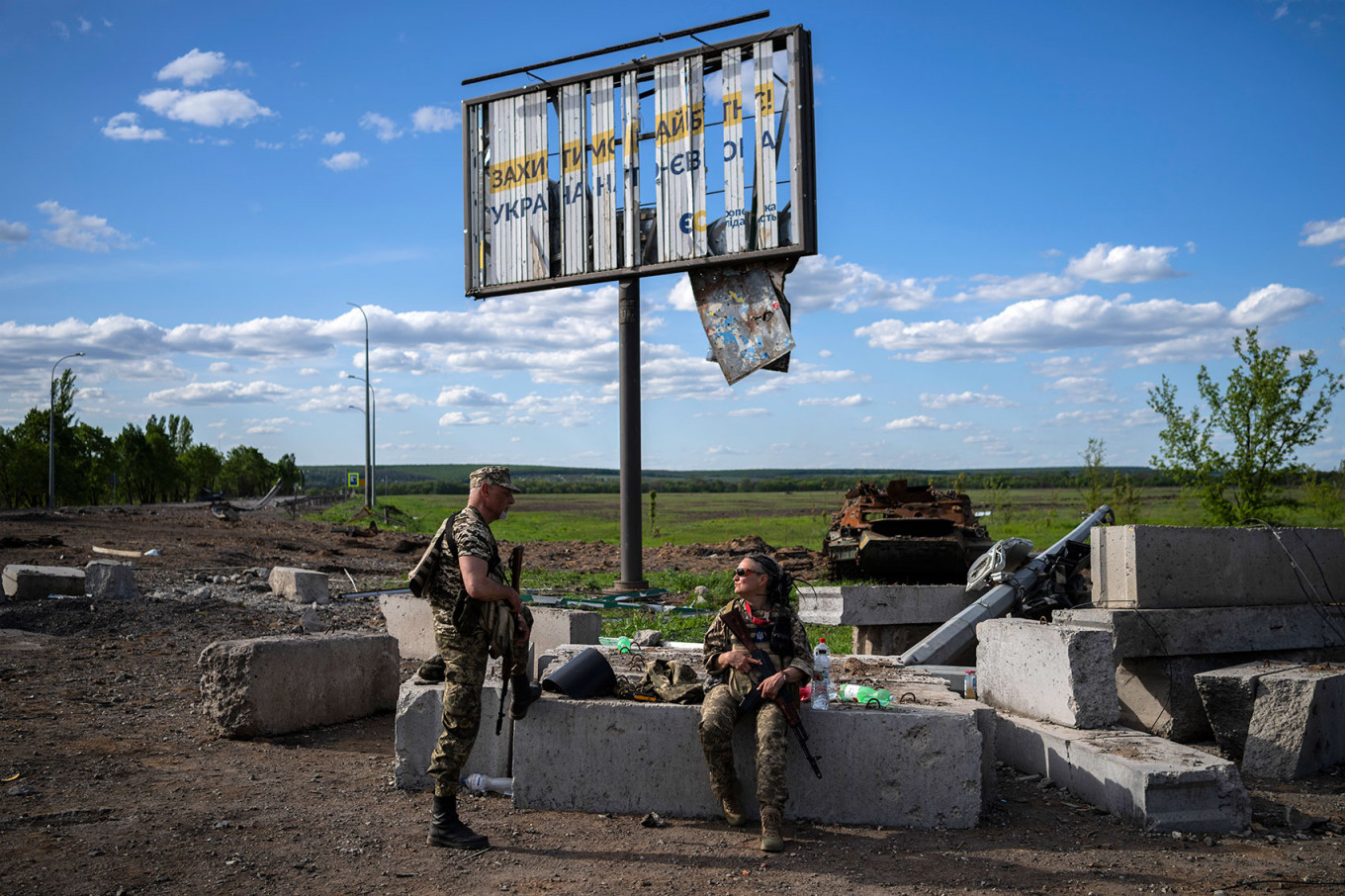 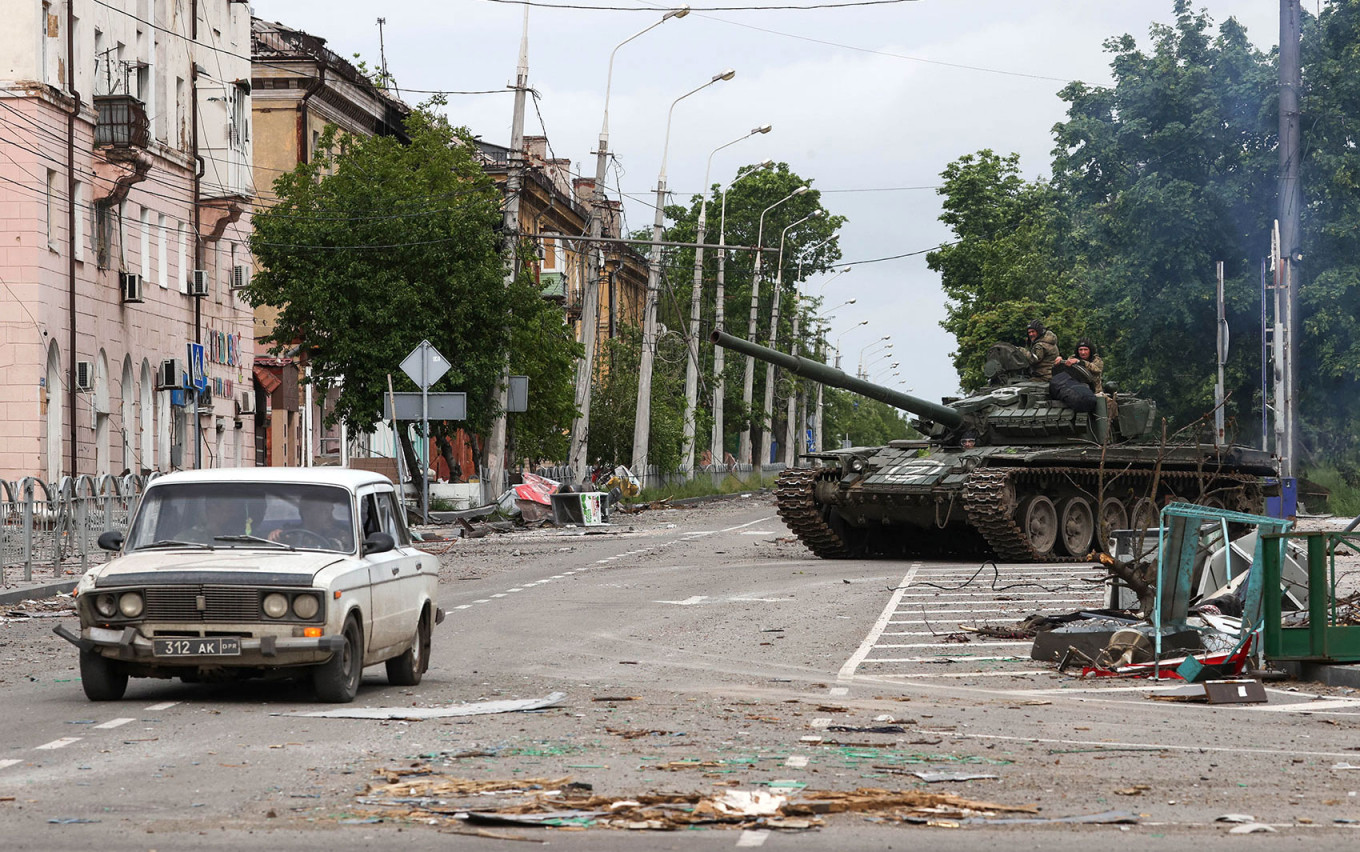 A tank crew of the People's Militia of the Donetsk People's Republic drives along one of the streets in Mariupol.
Vladimir Gerdo / TASS 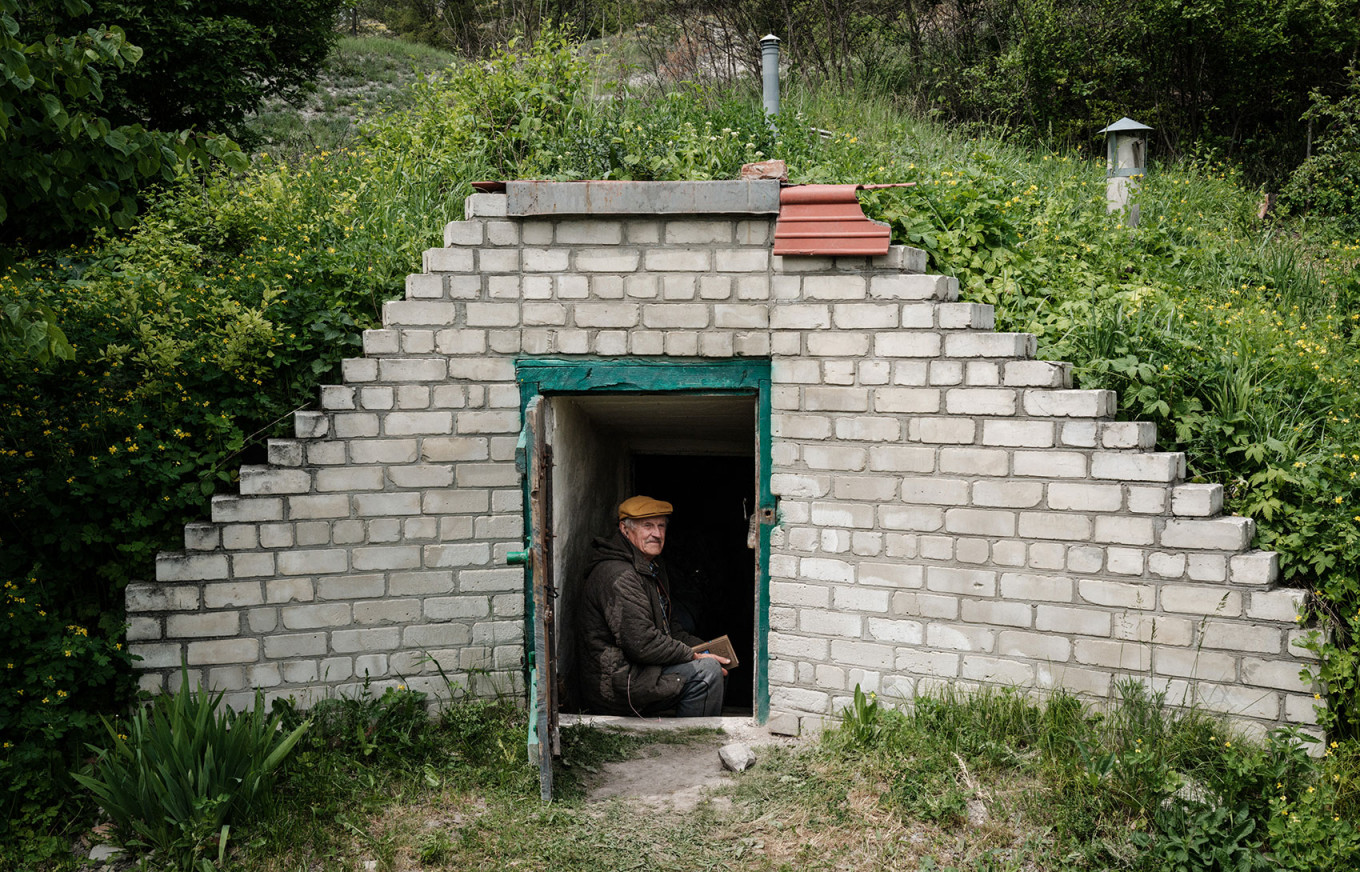 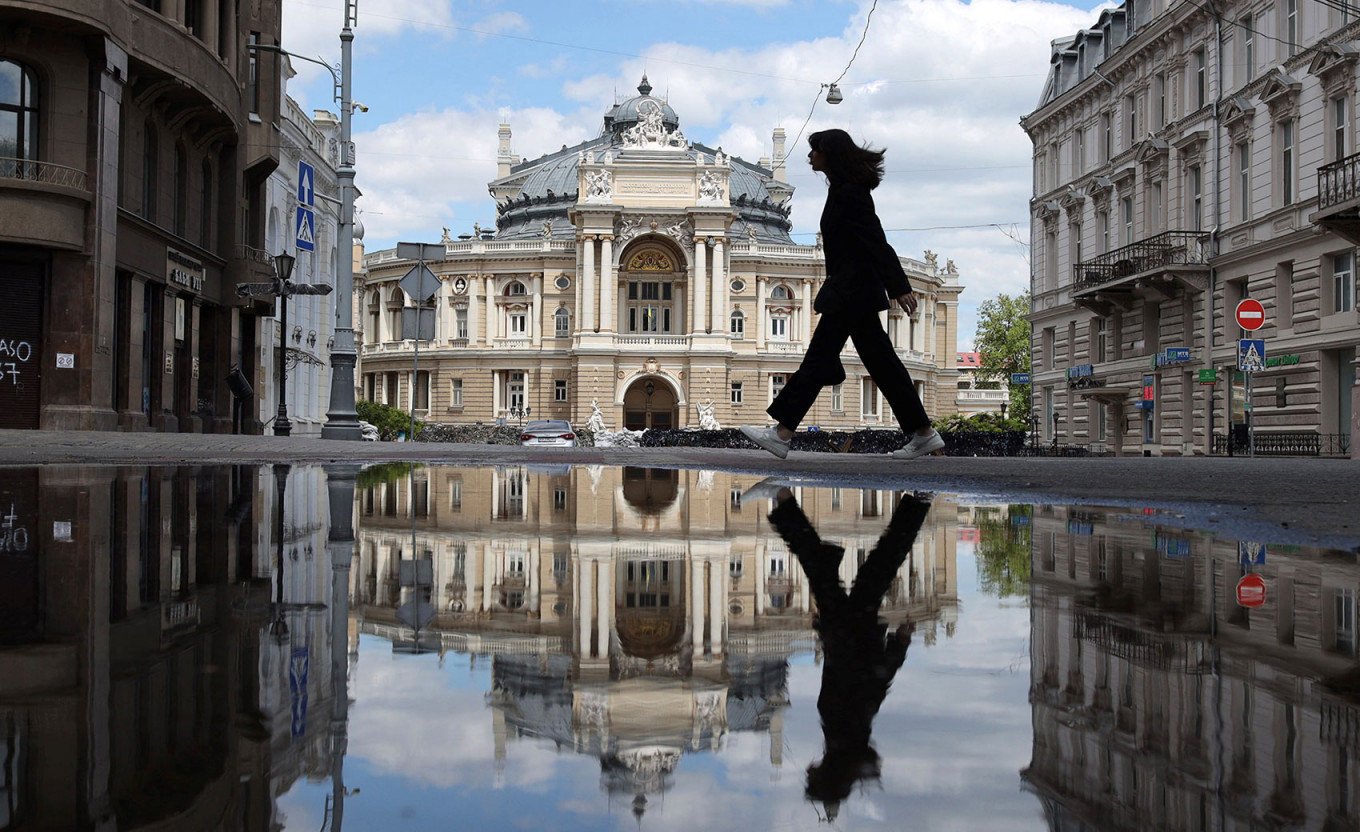 A girl reflects in a puddle as she walks through the coastal Ukrainian city of Odesa.
Oleksandr GIMANOV / AFP 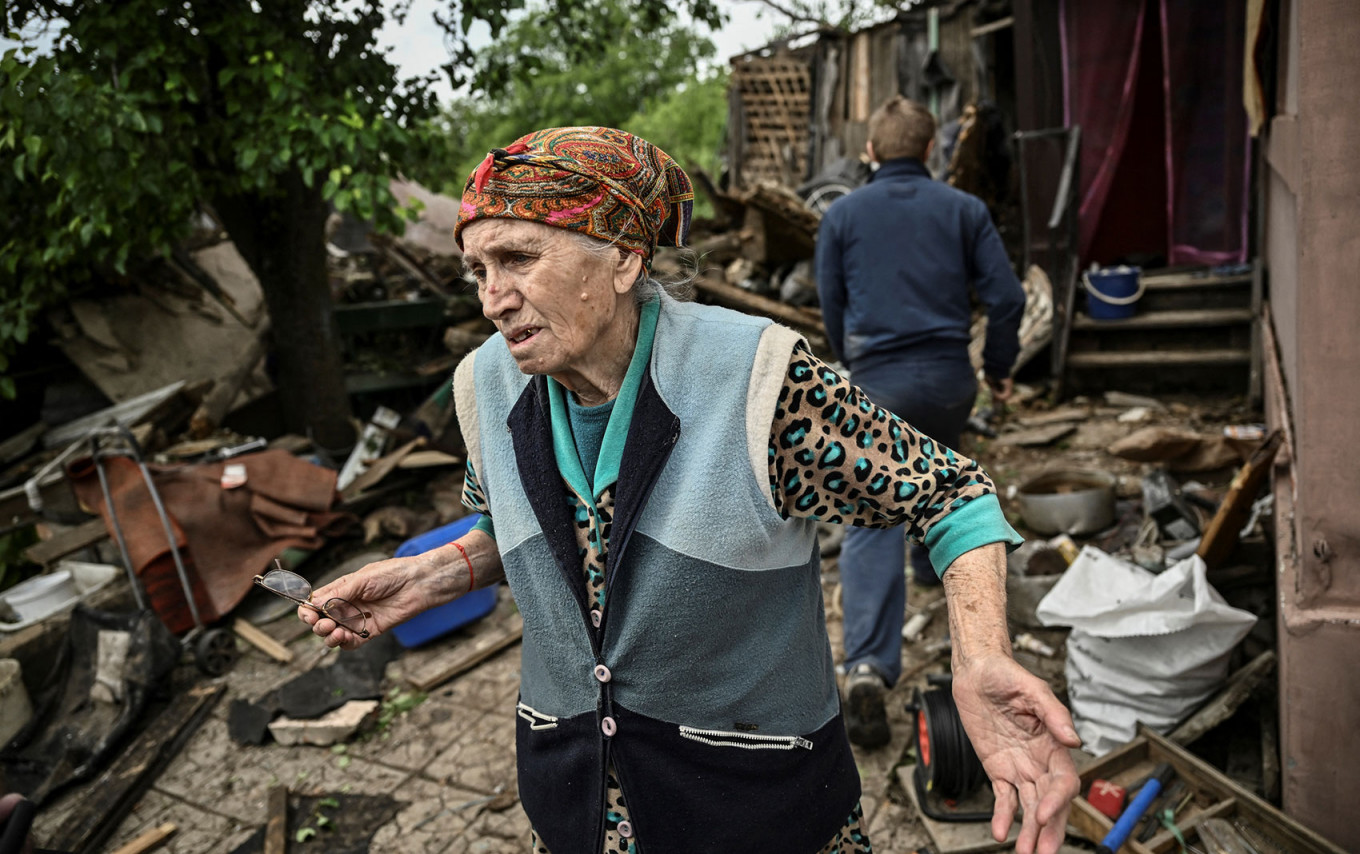 An elderly woman stands outside her heavily-damaged house after it was hit by a missile in the city of Bakhmut in the eastern Ukranian region of Donbas.
ARIS MESSINIS / AFP 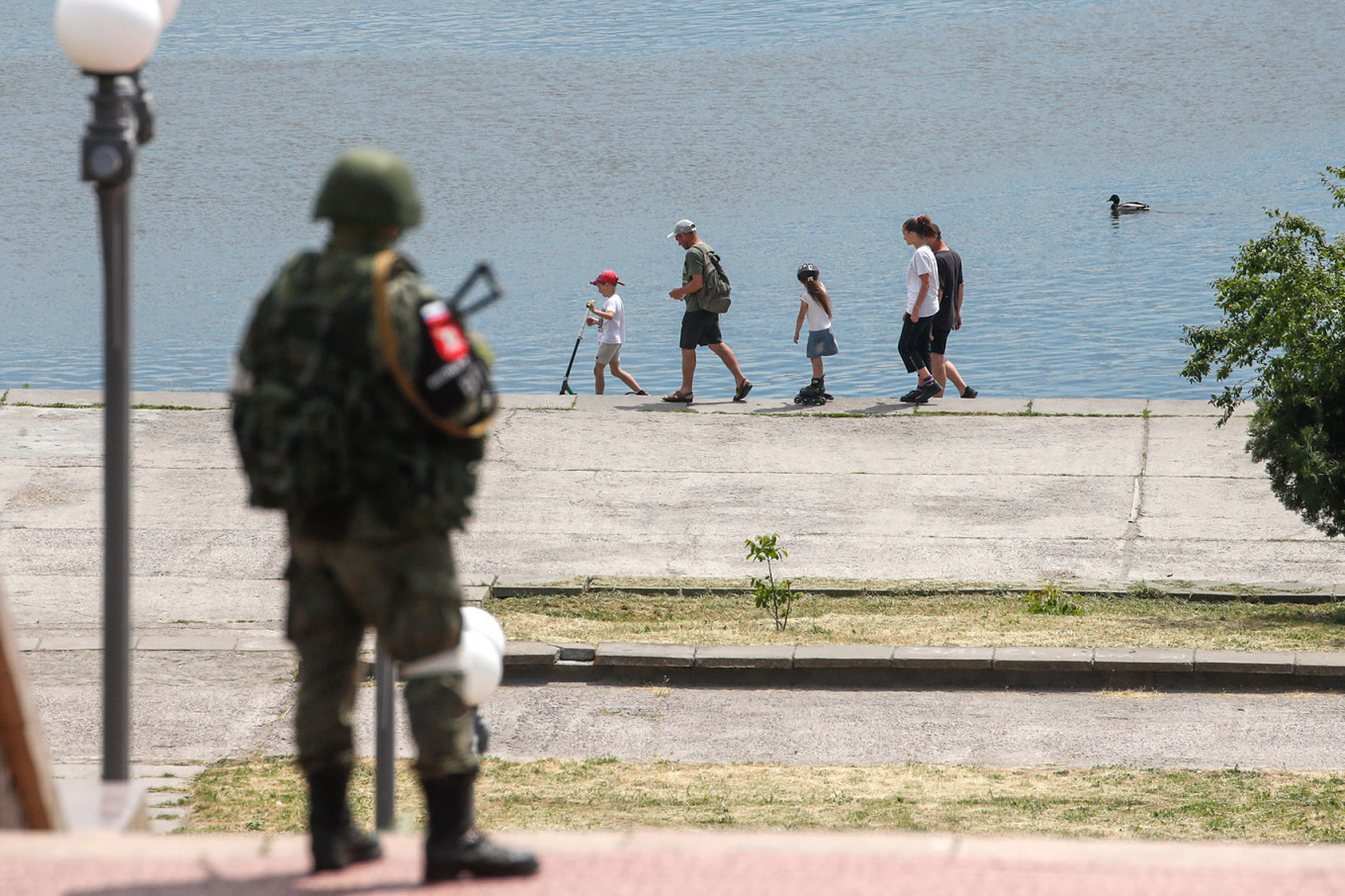 A Russian serviceman standing guard as a family walks on a promenade along the Dnipro River in Kherson, Ukraine.
SERGEI ILNITSKY / EPA / TASS 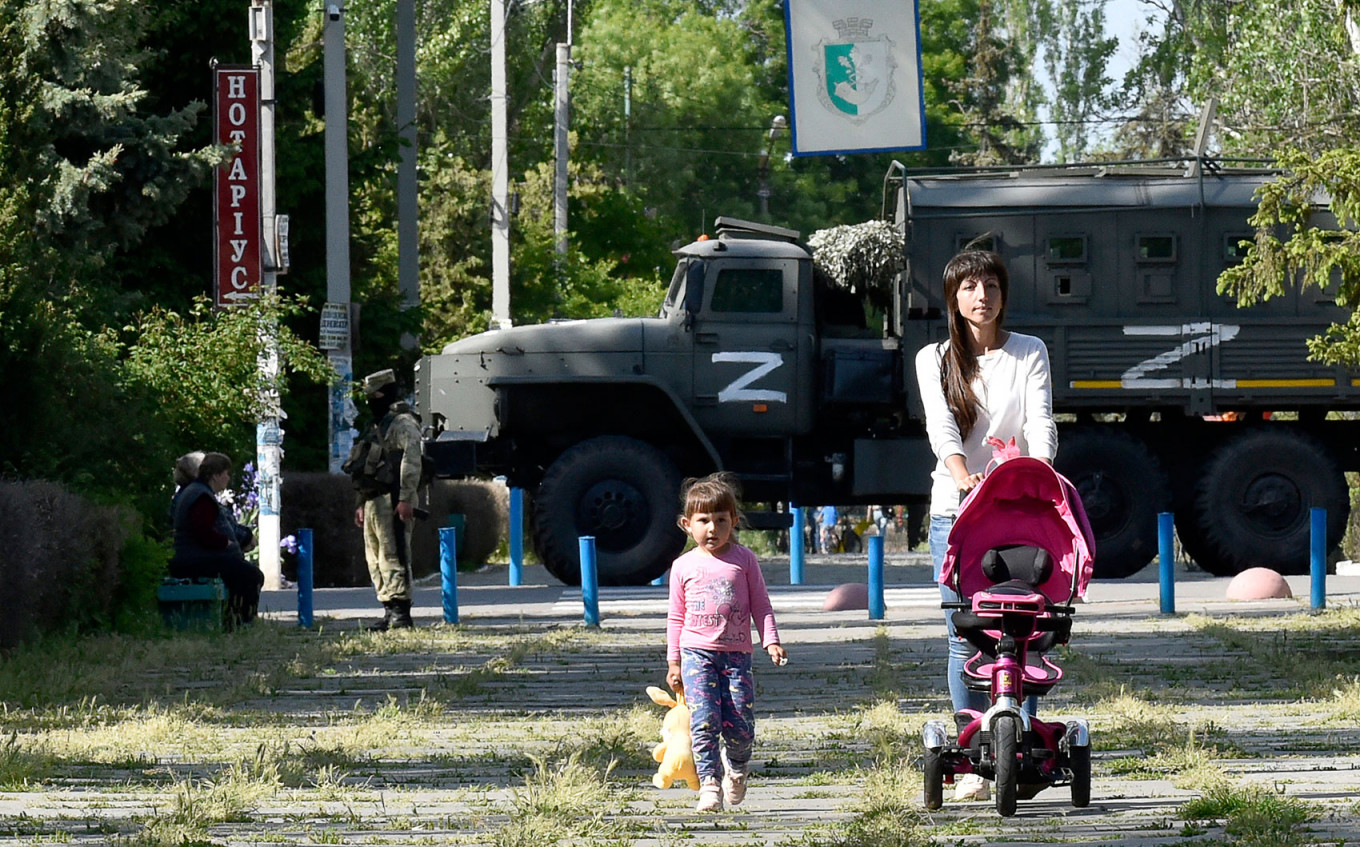 A woman and child walking in a park as Russian servicemen patrol the street in Skadovsk, Kherson Oblast, amid the Russian invasion of Ukraine.
Olga MALTSEVA / AFP 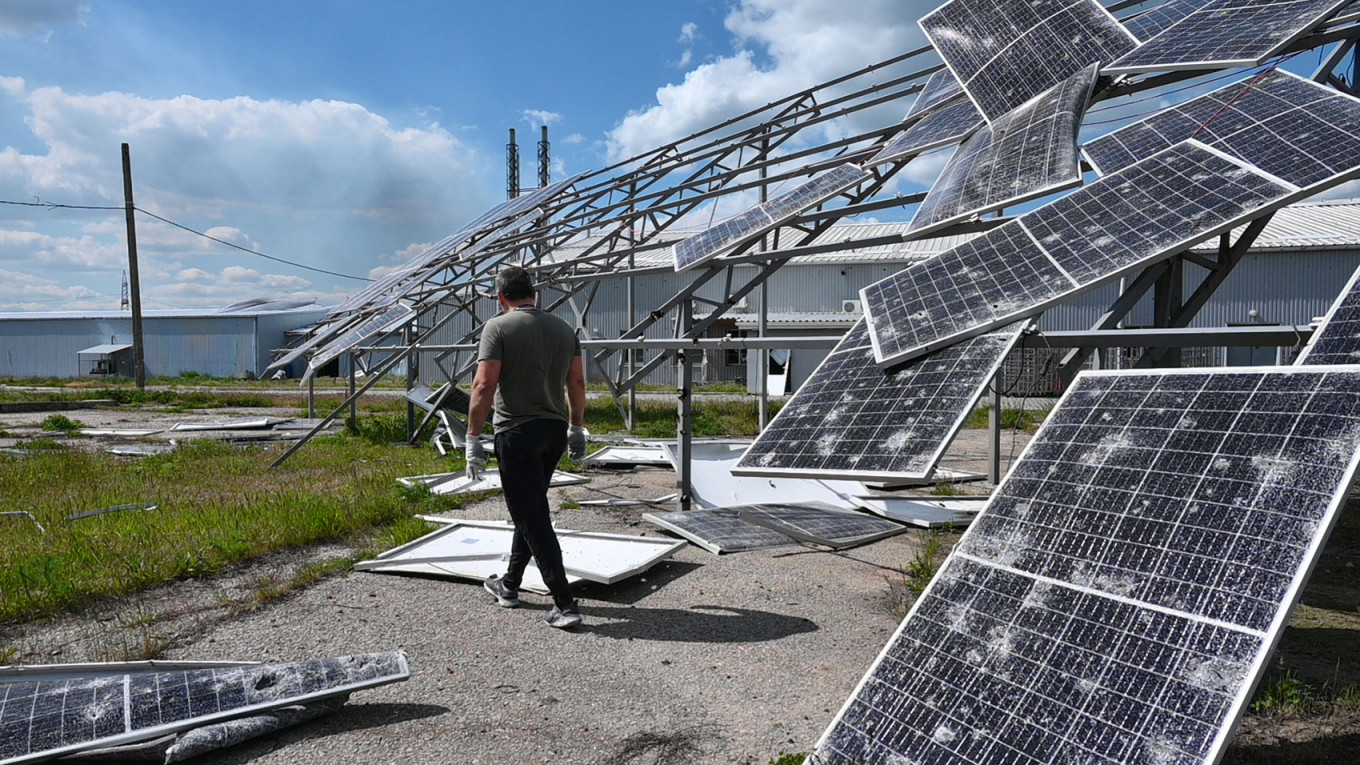 A man walks in front of a solar power plant destroyed during a shelling in the village of Vilkhivka near Kharkiv.
SERGEY BOBOK / AFP 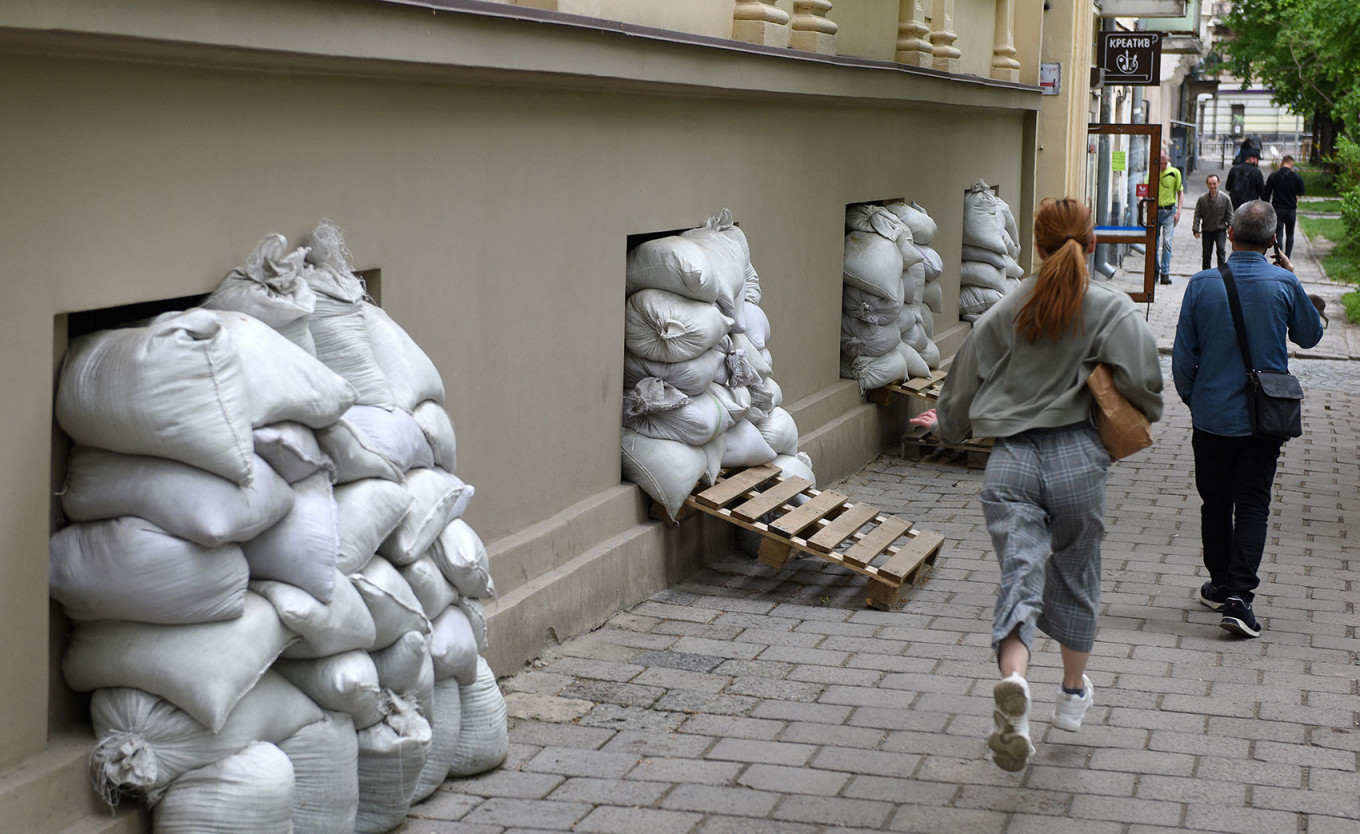 People walk past the Lviv National Art Gallery with windows protected by sandbags in the western city of Lviv.
Yuriy Dyachyshyn / AFP 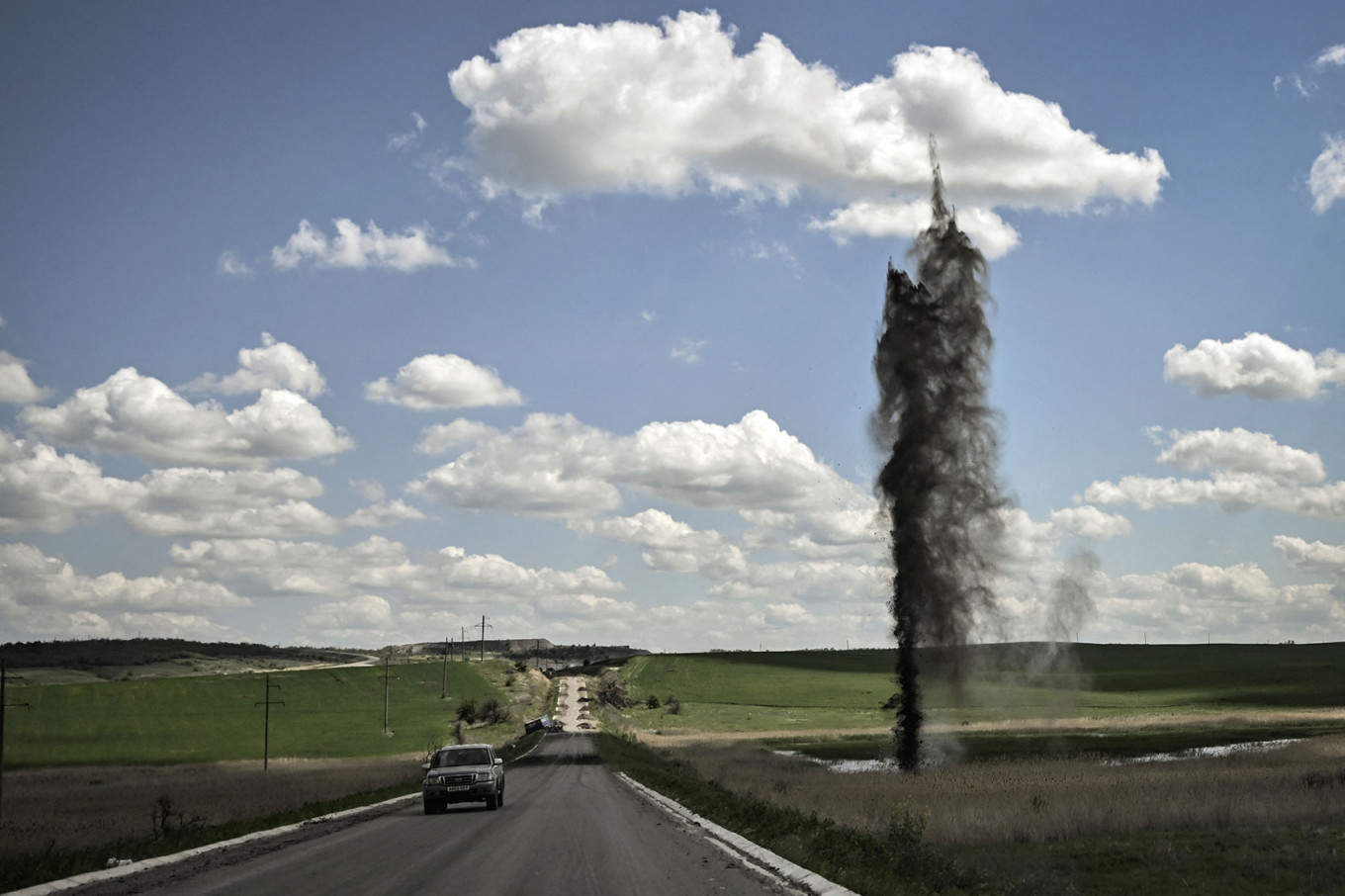 A mortar explodes next to the road leading to the city of Lysychansk in the eastern Ukrainian region of Donbas.
ARIS MESSINIS / AFP