The largest military parade was in Moscow, where about 11,000 personnel and 131 pieces of military equipment took part in the televised spectacle.

Some of the equipment on show included tanks, armored fighting vehicles and missile launchers.

“Russia carried out a pre-emptive rebuff to aggression. It was a necessary, timely, and the only correct decision. It was the decision of a sovereign, strong and independent country,” Putin said of the attack on Ukraine.

Unlike in previous years, there was no flypast. Officials said it was canceled because of bad weather. 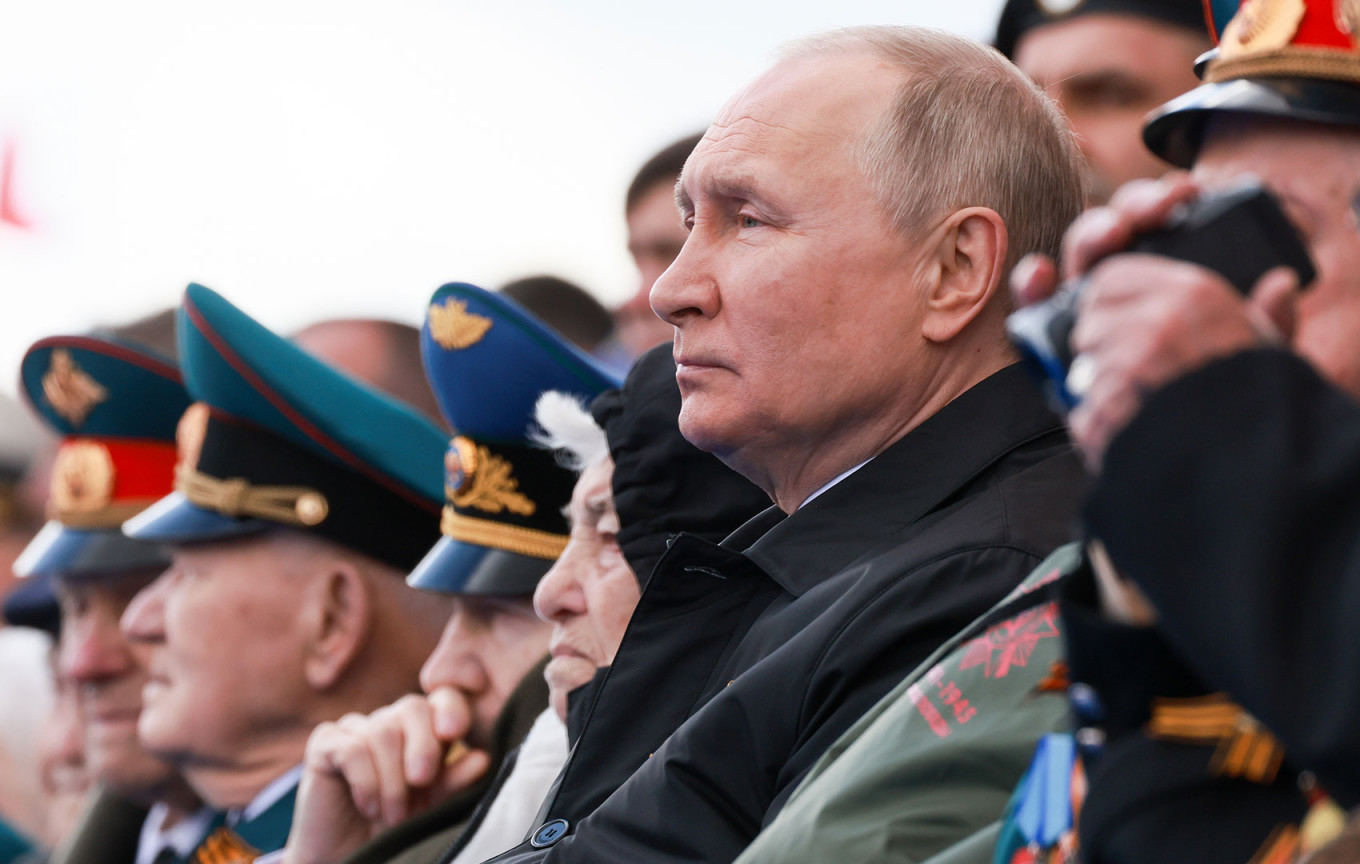 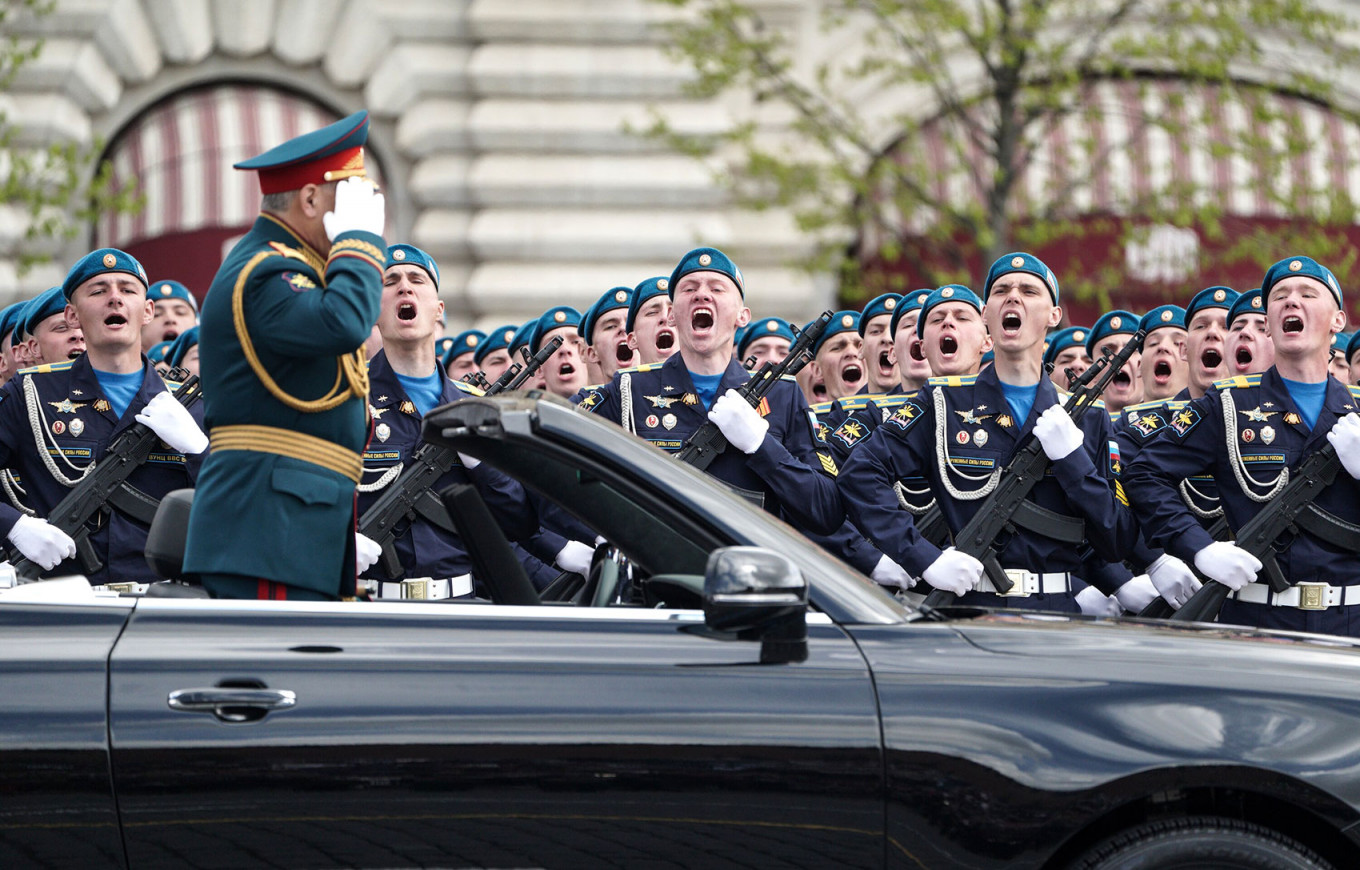 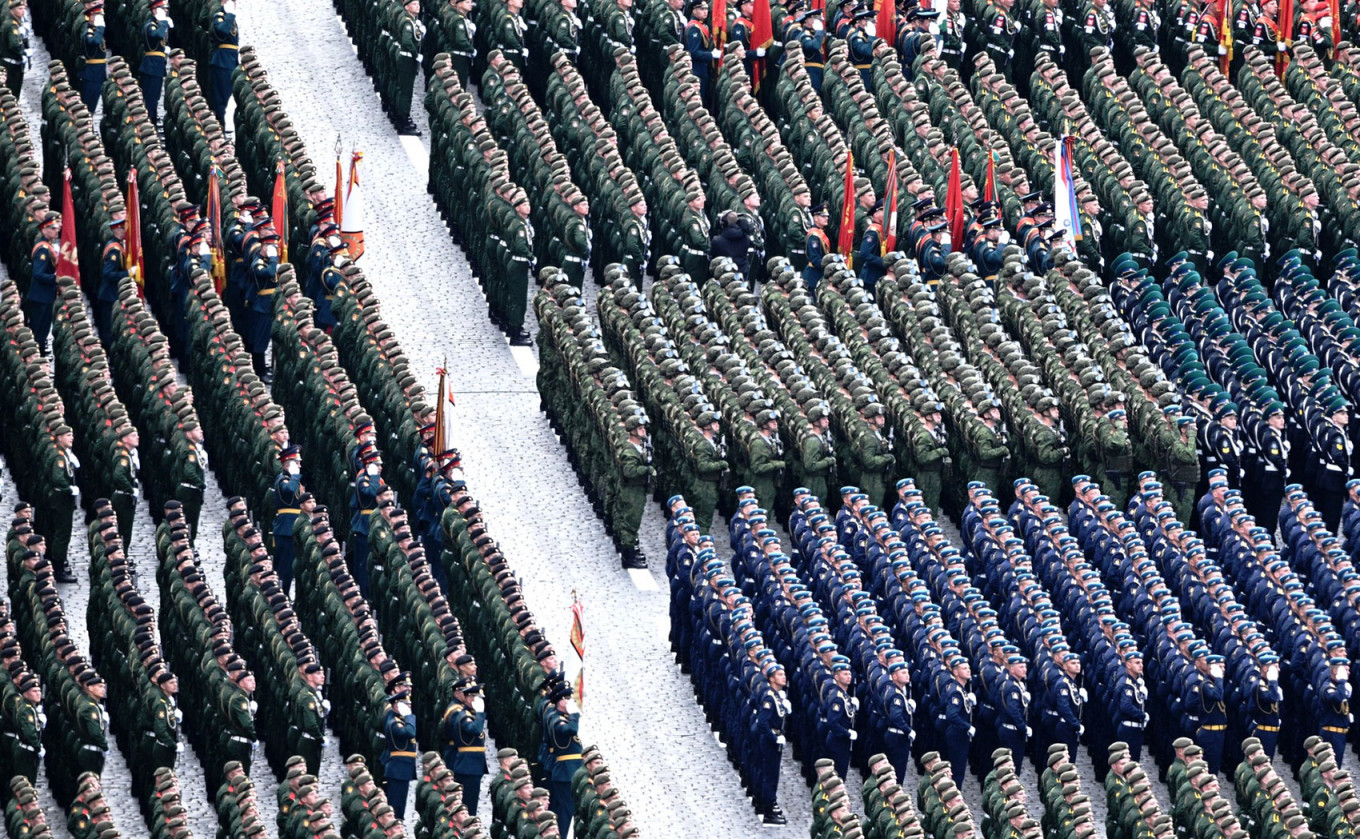 Victory Day is a hugely symbolic day for Russia, with the Kremlin tapping into Russians' nostalgia for the Soviet past and pride in their country's World War II victory to rally patriotic feeling amid its present-day geopolitical standoff with the West.
kremlin.ru 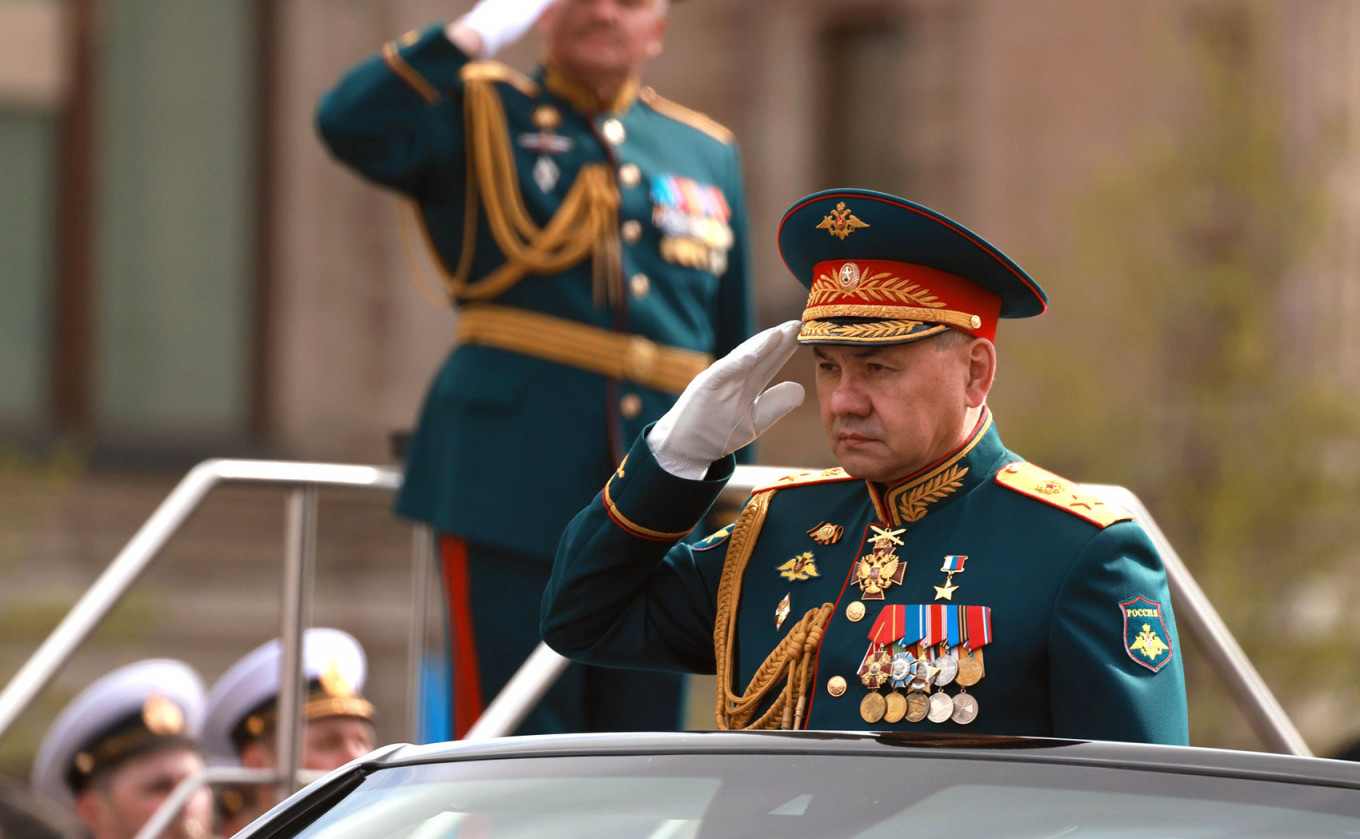 Putin has repeatedly tried to connect the fighting in Ukraine to what Russians call the Great Patriotic War by describing authorities in Kyiv as neo-Nazis.
kremlin.ru 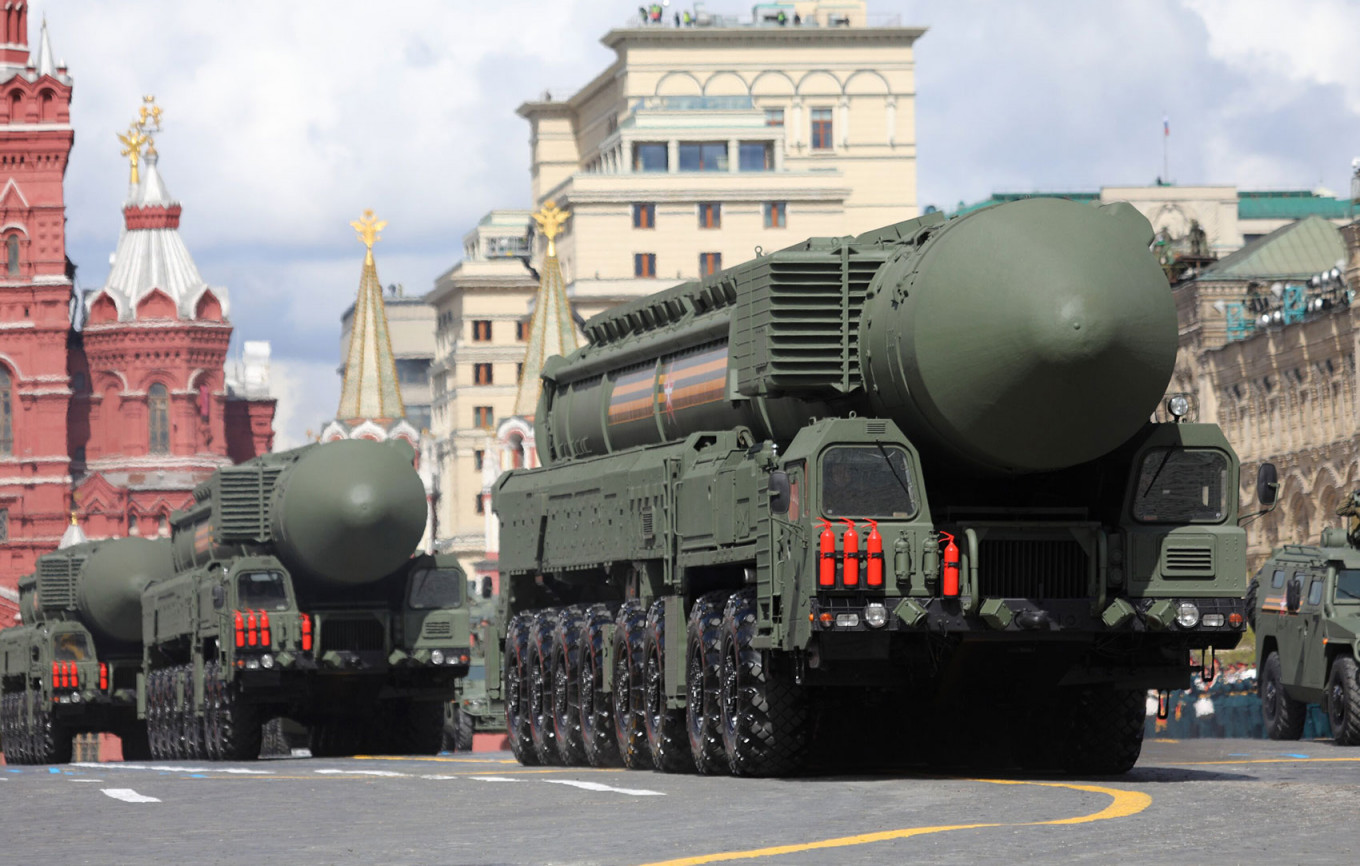 The procession of military hardware on Red Square is typically seen as a showcase of Russia's military might.
Andrei Nikerichev / Moskva News Agency 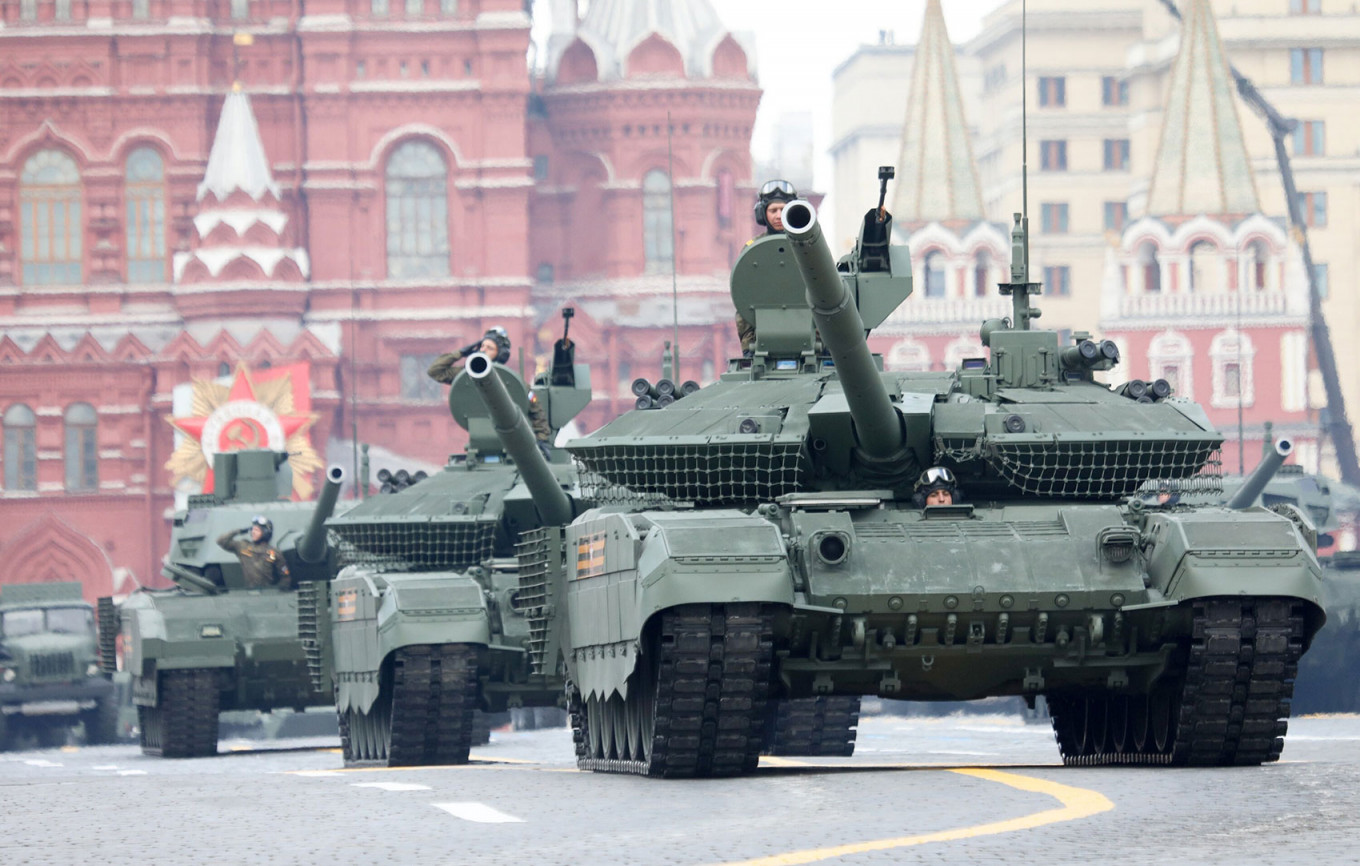 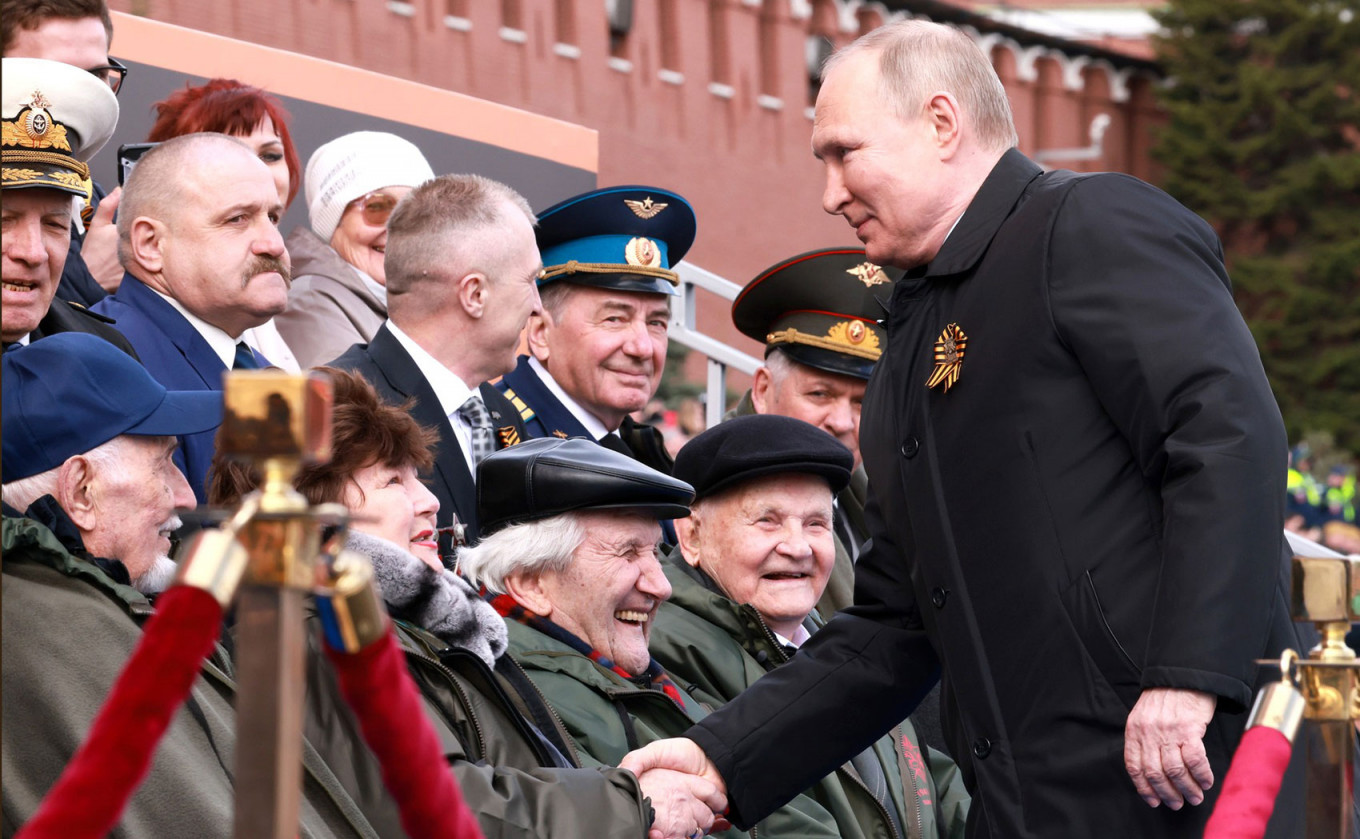 Putin made no major announcements during a set-piece speech during the event, despite reports he could use the anniversary to announce an escalation of the conflict or a general mobilization.
kremlin.ru 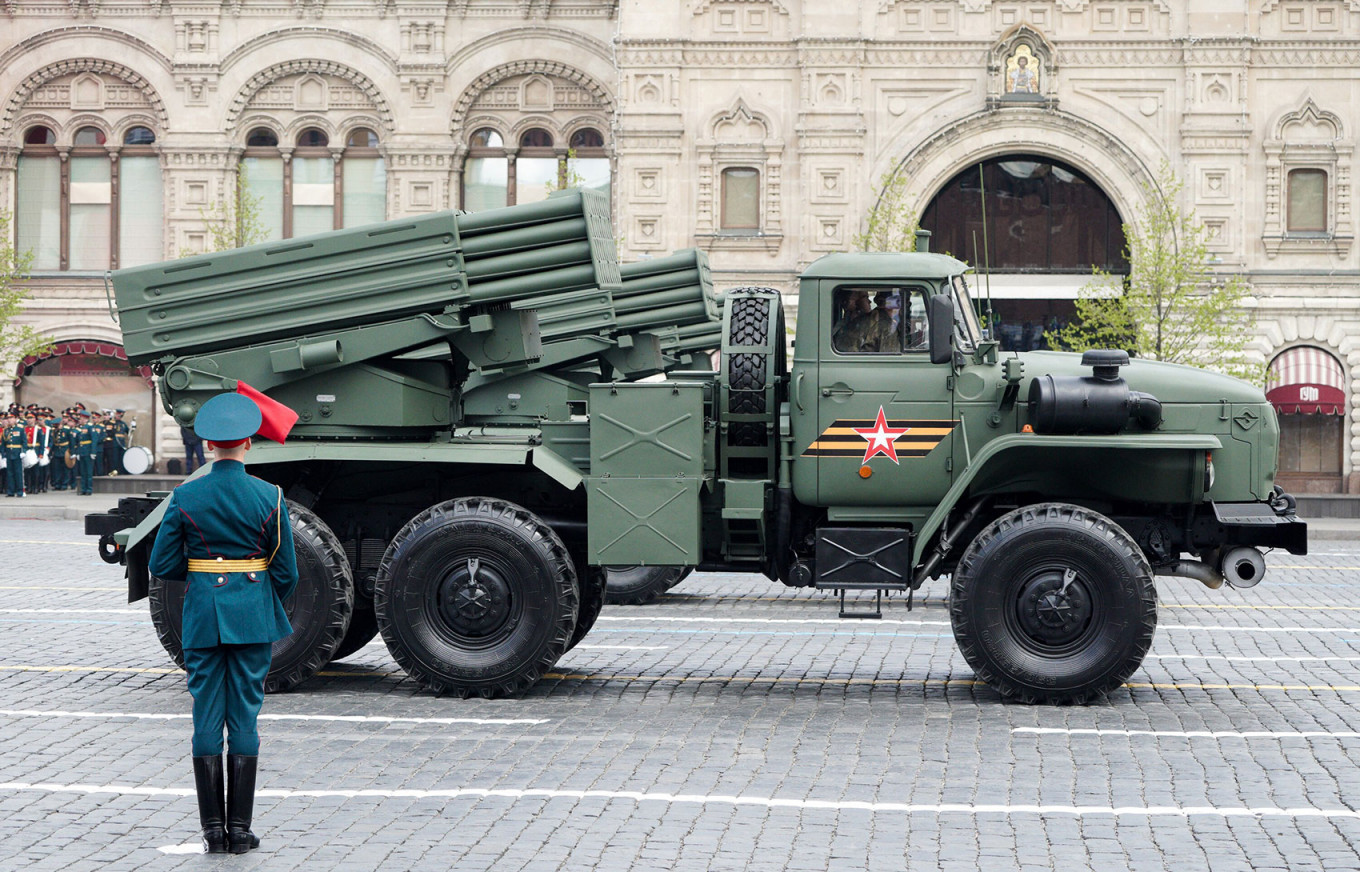 This year's military parade was slightly smaller than the one that took place last year, with experts speculating that was because men and equipment were required in Ukraine.
Pelagia Tikhonova / Moskva News Agency 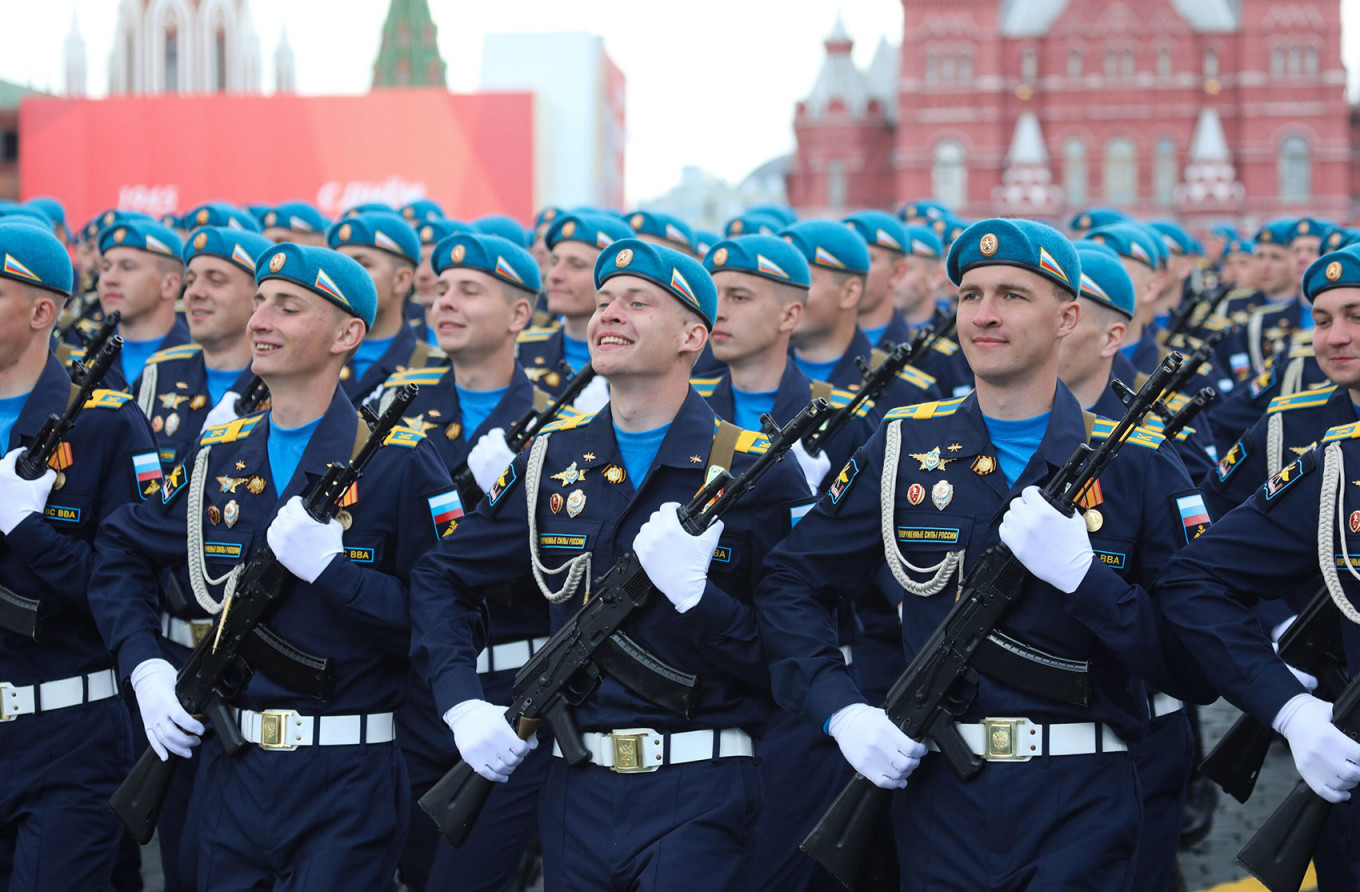 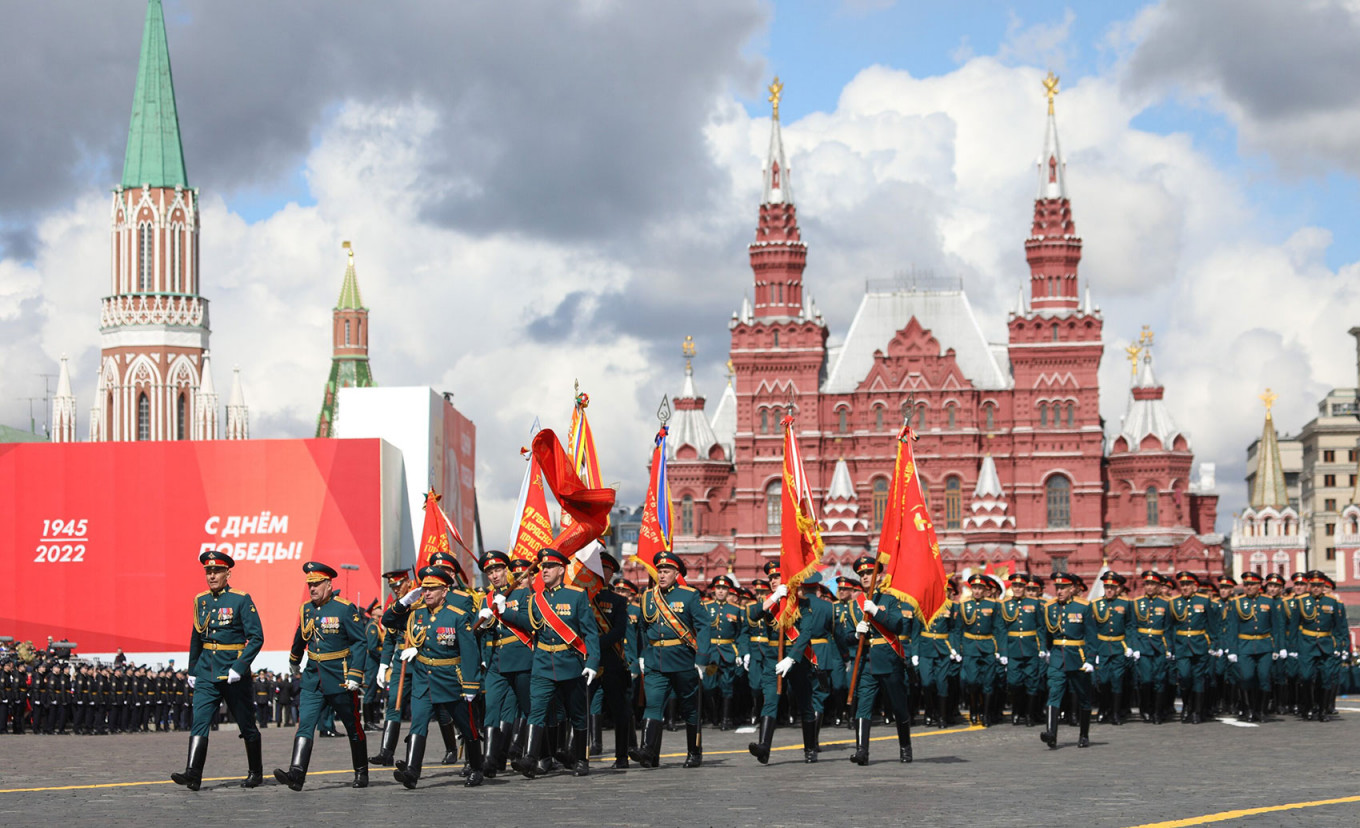 Televised live, the parade on Red Square is watched by an audience of millions in Russia and abroad.
Andrei Nikerichev / Moskva News Agency 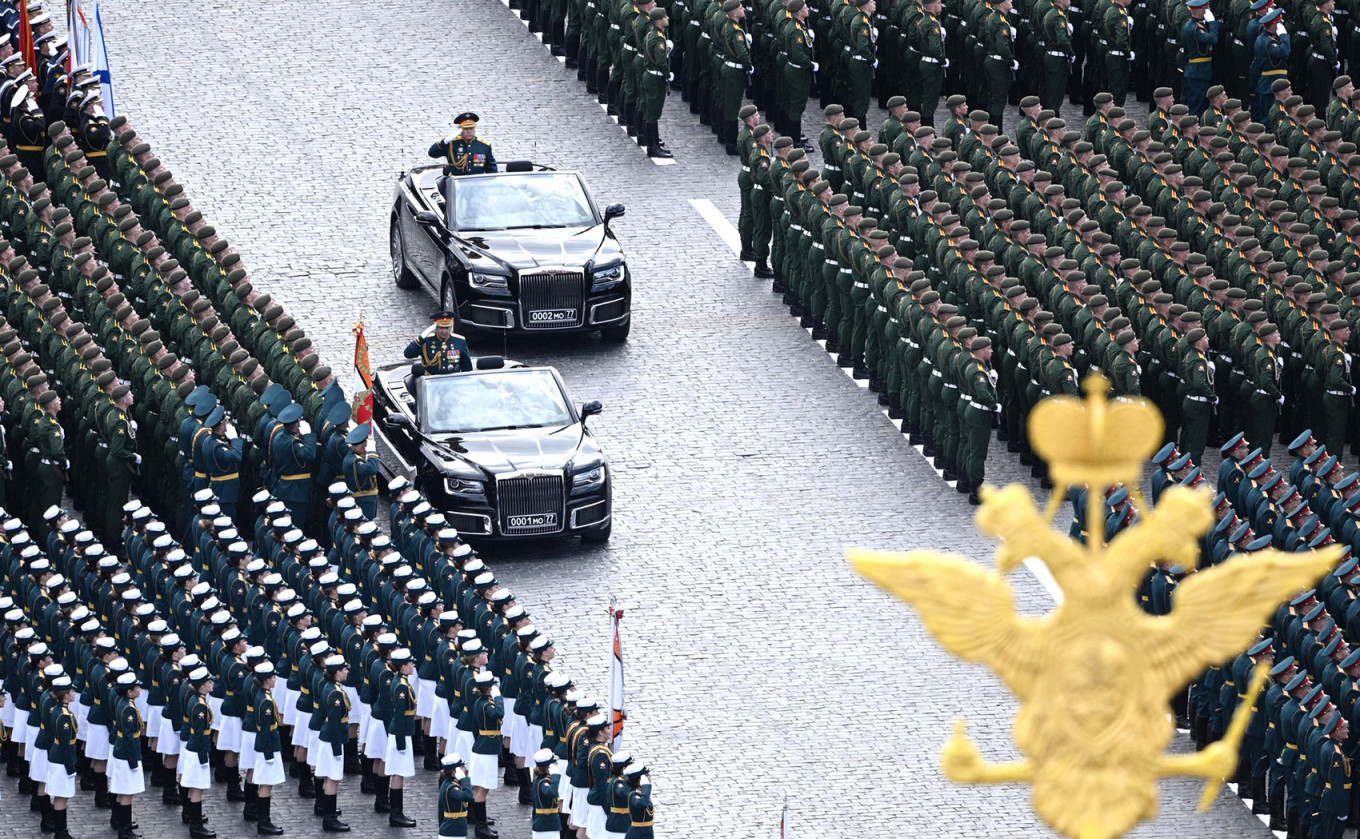 Putin said that some of the troops present for the parade had recently returned from fighting in east Ukraine. 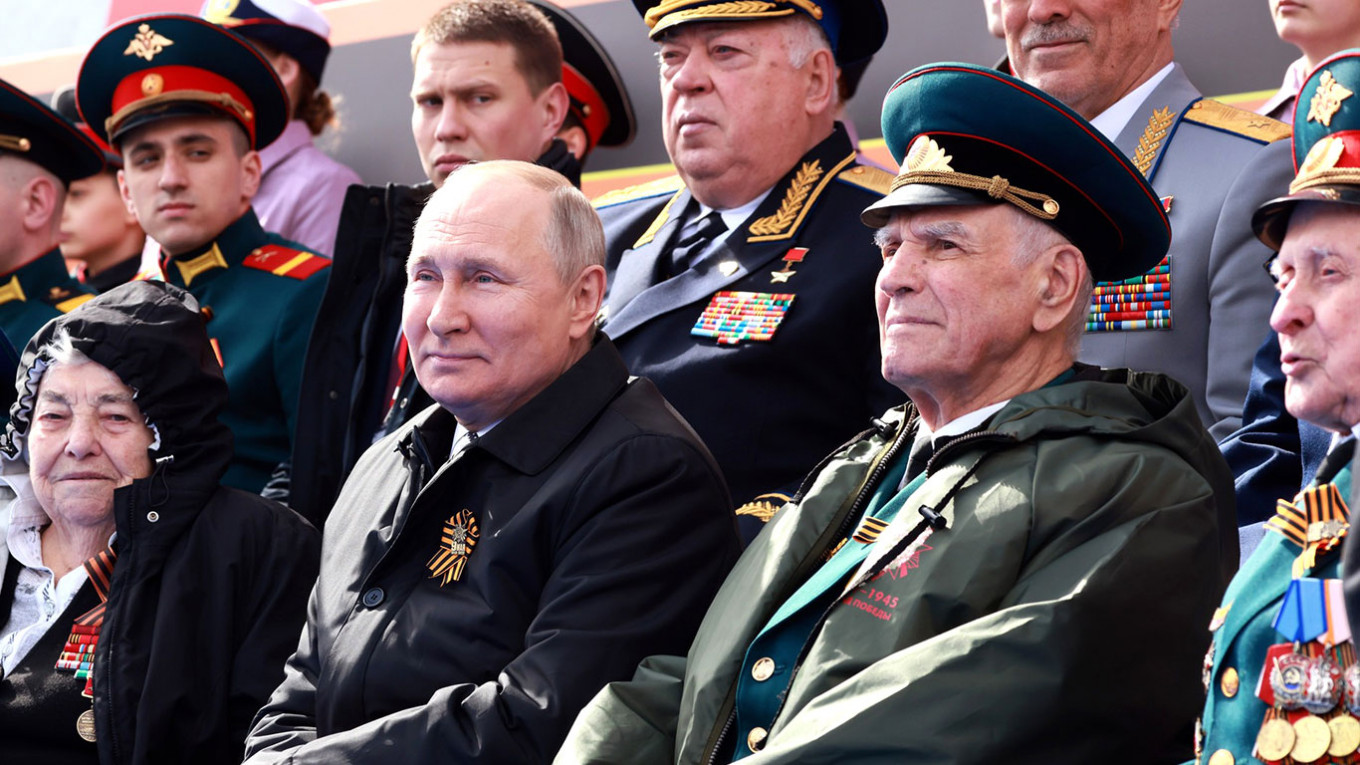 Despite expectations, there were few "Z" symbols (that represent support for Russian troops in Ukraine) on display.
kremlin.ru 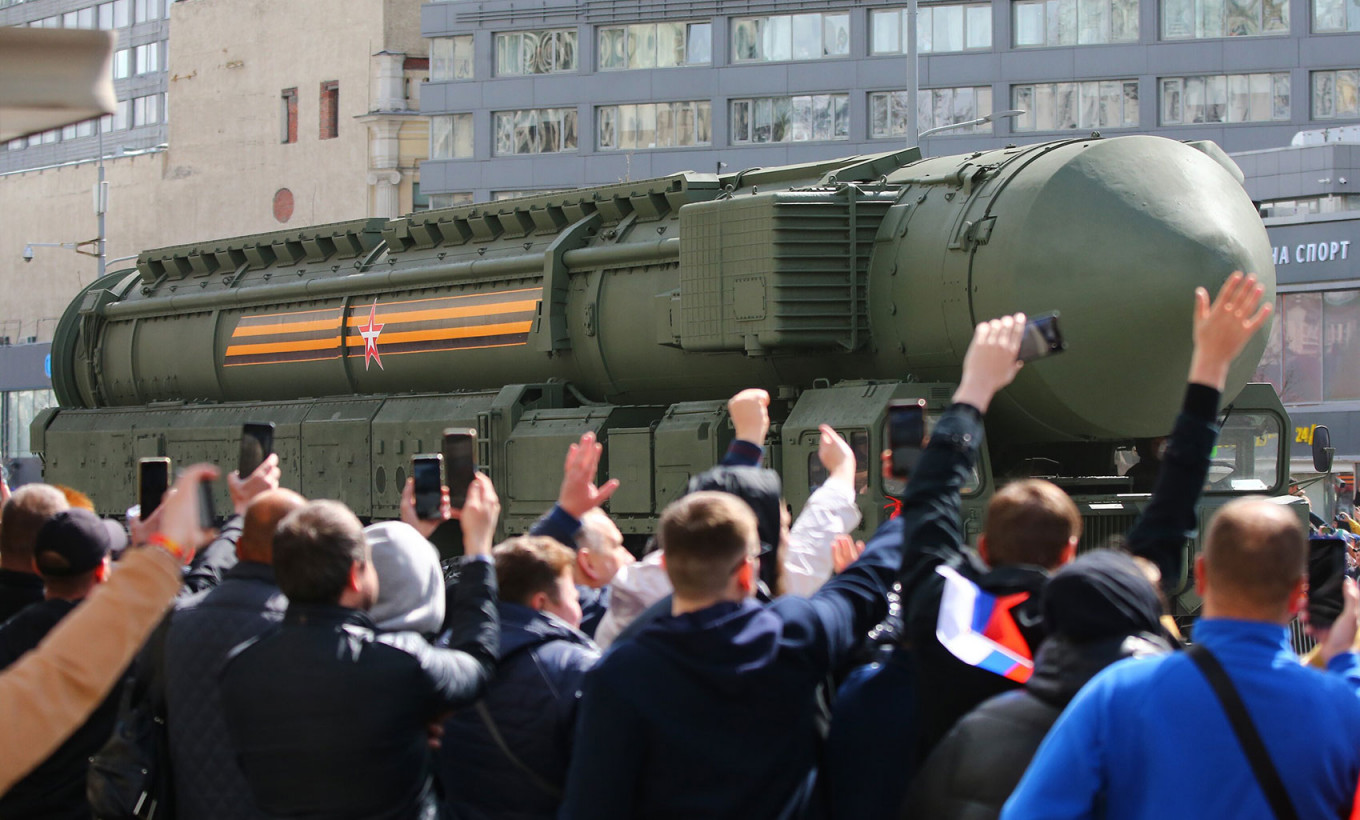 Many Muscovites gather along the parade routes to watch the spectacle.
Sergei Vedyashkin / Moskva News Agency 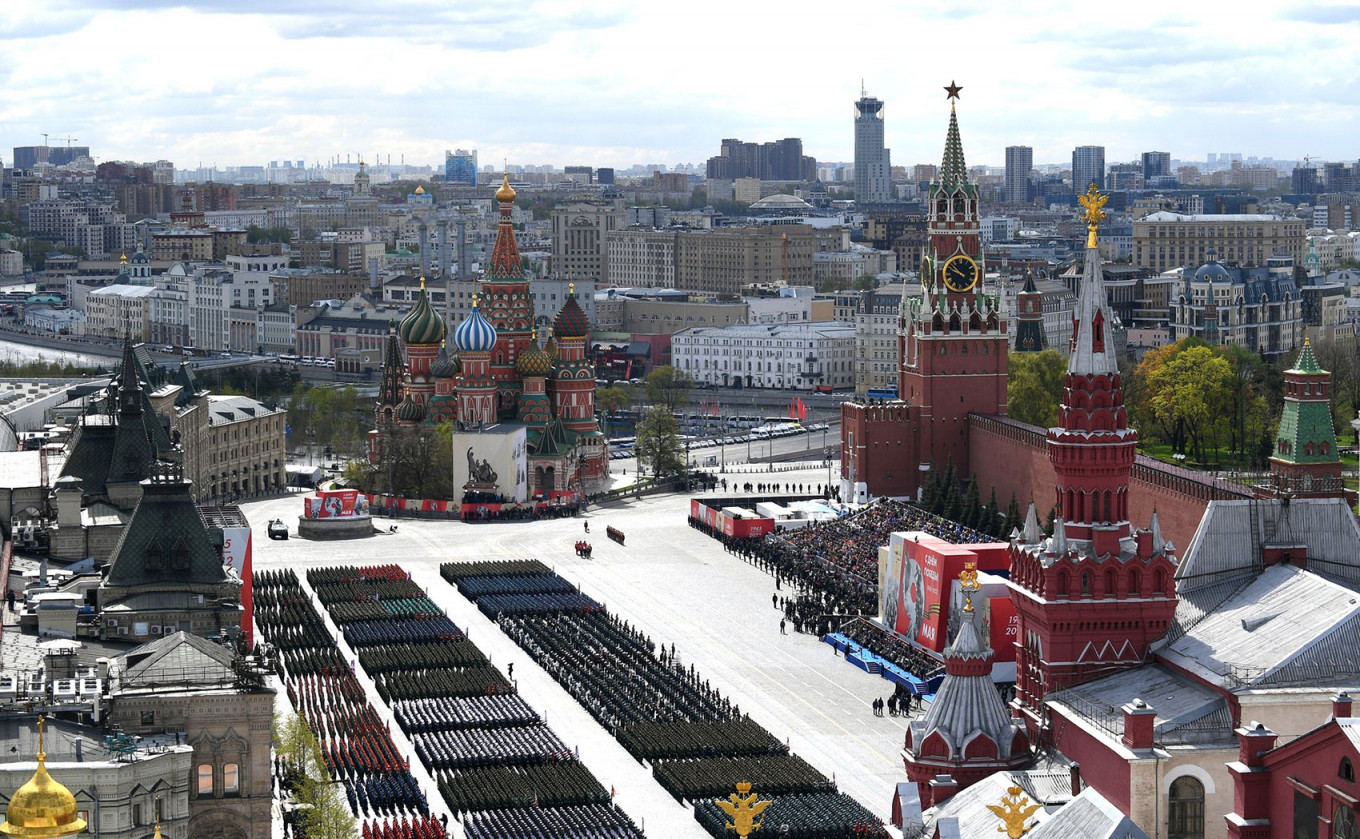 A planned flypast was canceled at the last minute due to bad weather, although many observers noted that the parade largely took place in sunshine.
kremlin.ru 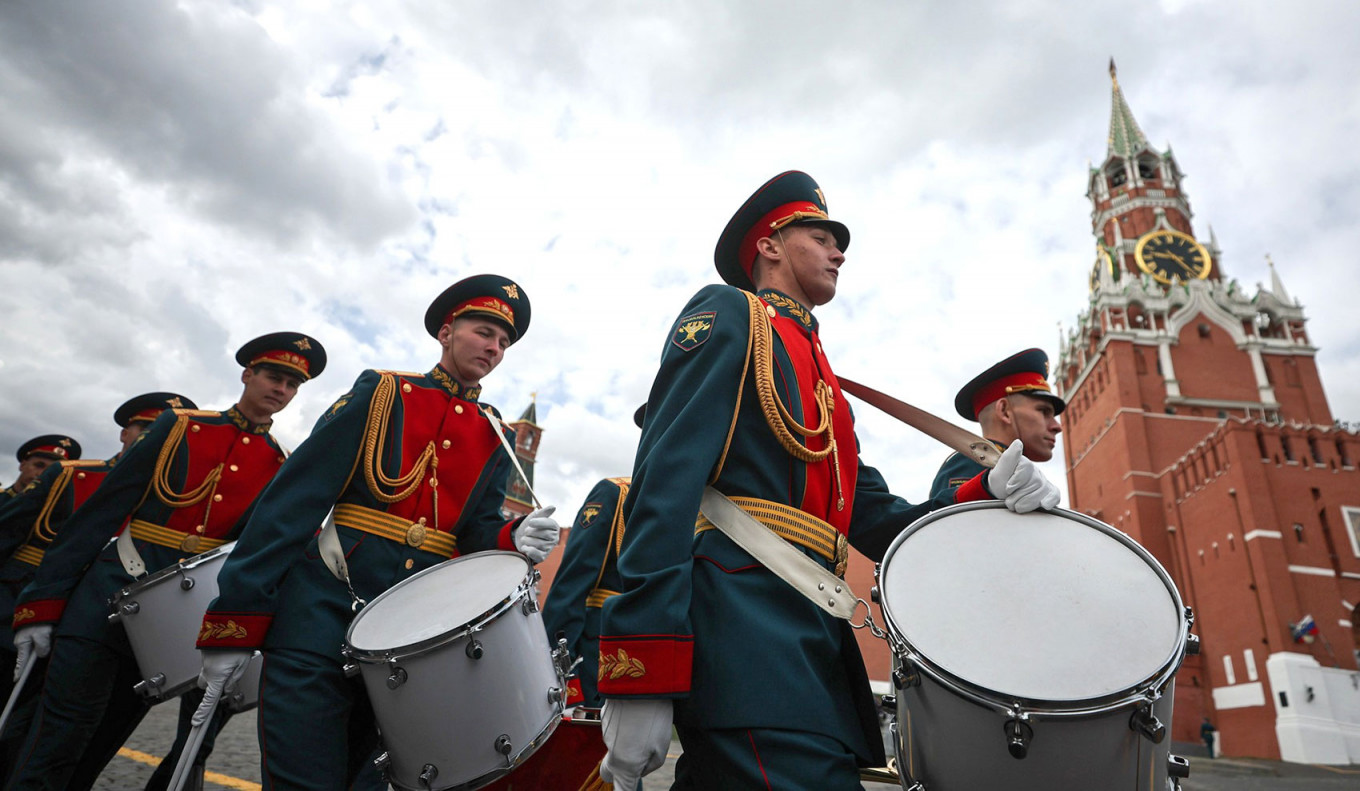 In a break with tradition, the Kremlin said no foreign dignitaries were invited to this year's parade. 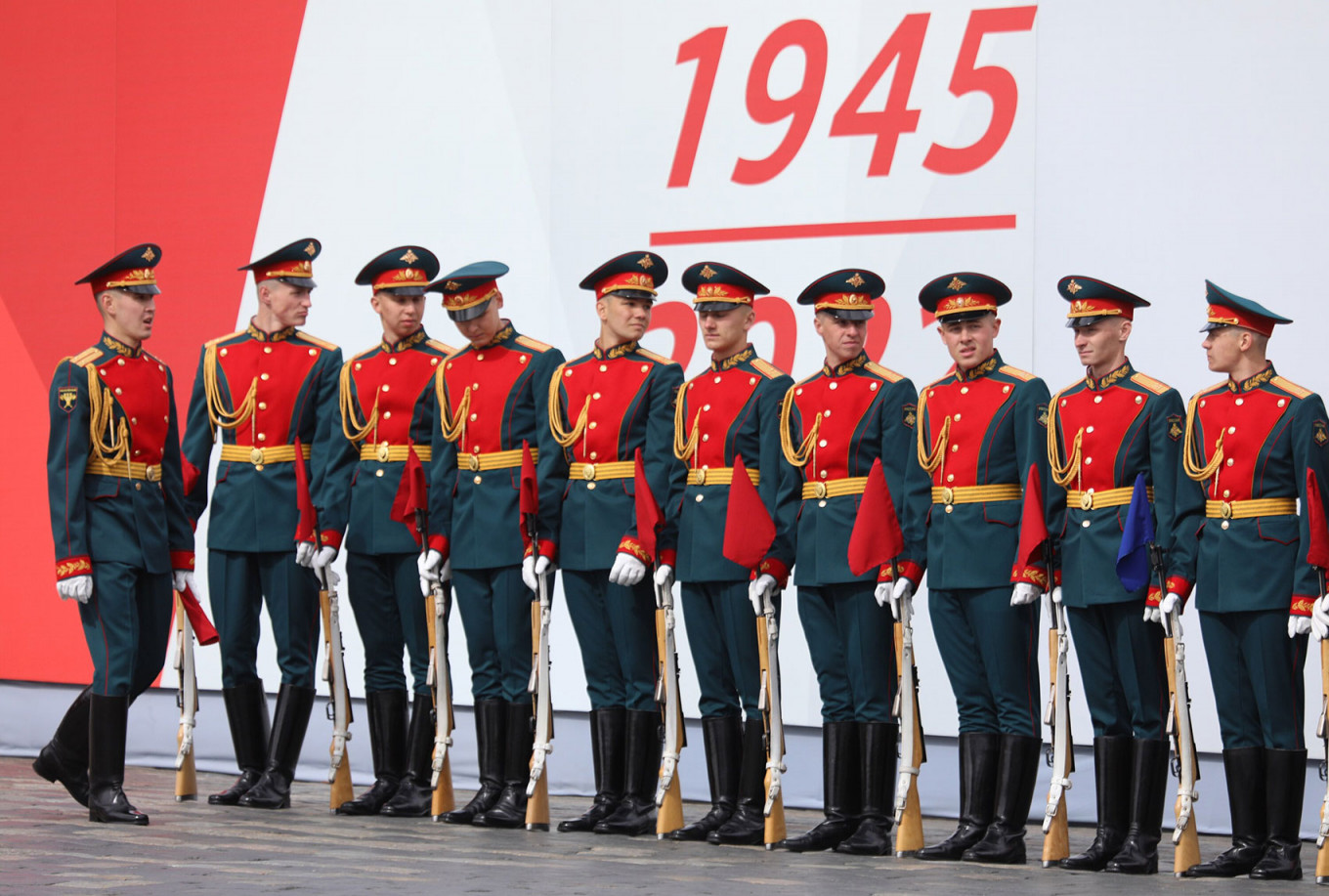 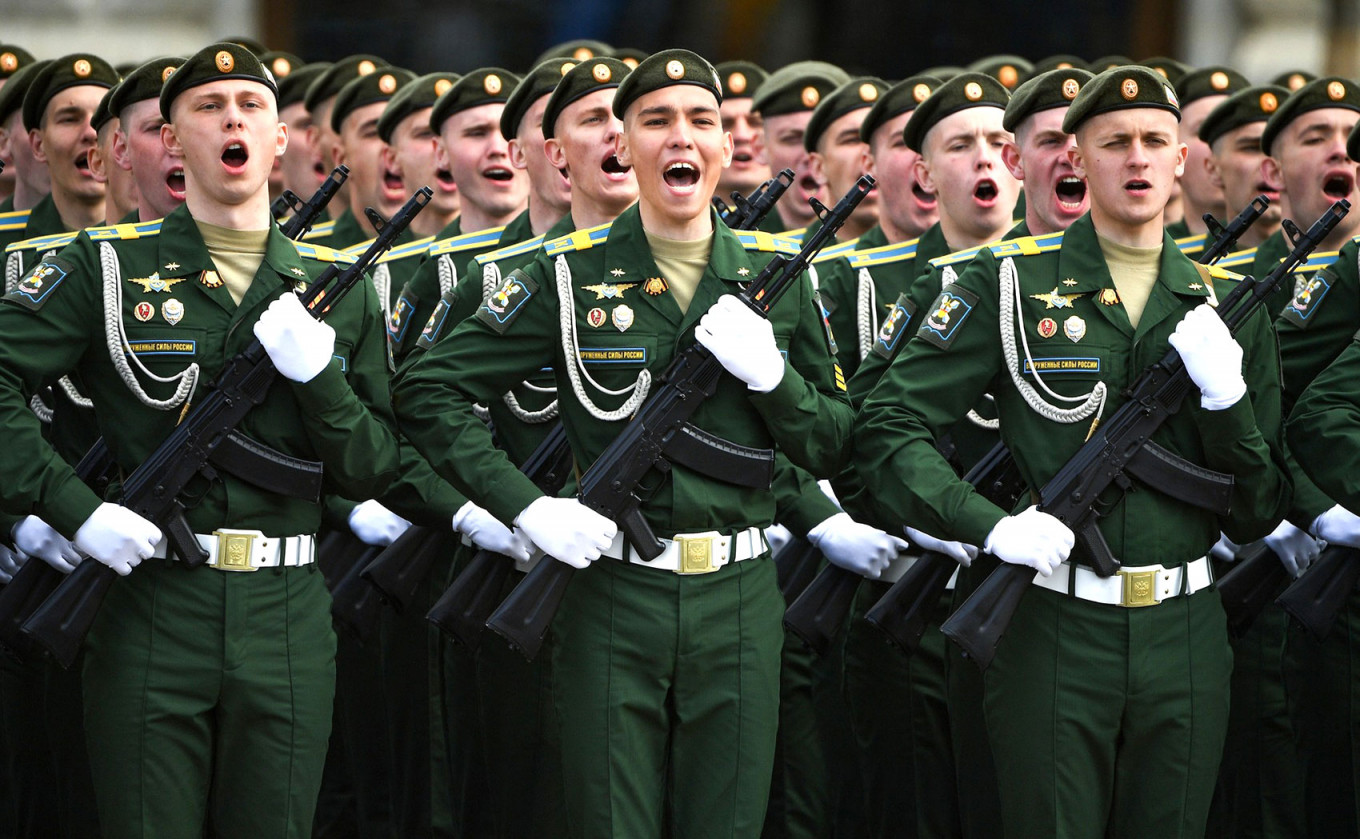 Despite the international attention, the military parade offered few clues about Russia's future strategy in Ukraine, and whether it is willing - or able - to commit many more troops to the fight against Ukraine.
kremlin.ru