For many Russians, December is a month spent preparing for the New Year — the country's most festive holiday that is marked with fireworks, champagne, traditional dishes and warm feelings.

Yet there was also no shortage of major news events, both domestically and in Russia's relations with other countries.

Here's a look back at the month that was December 2021 — from the headlines that became global news to the everyday scenes of Russian life in wintertime: 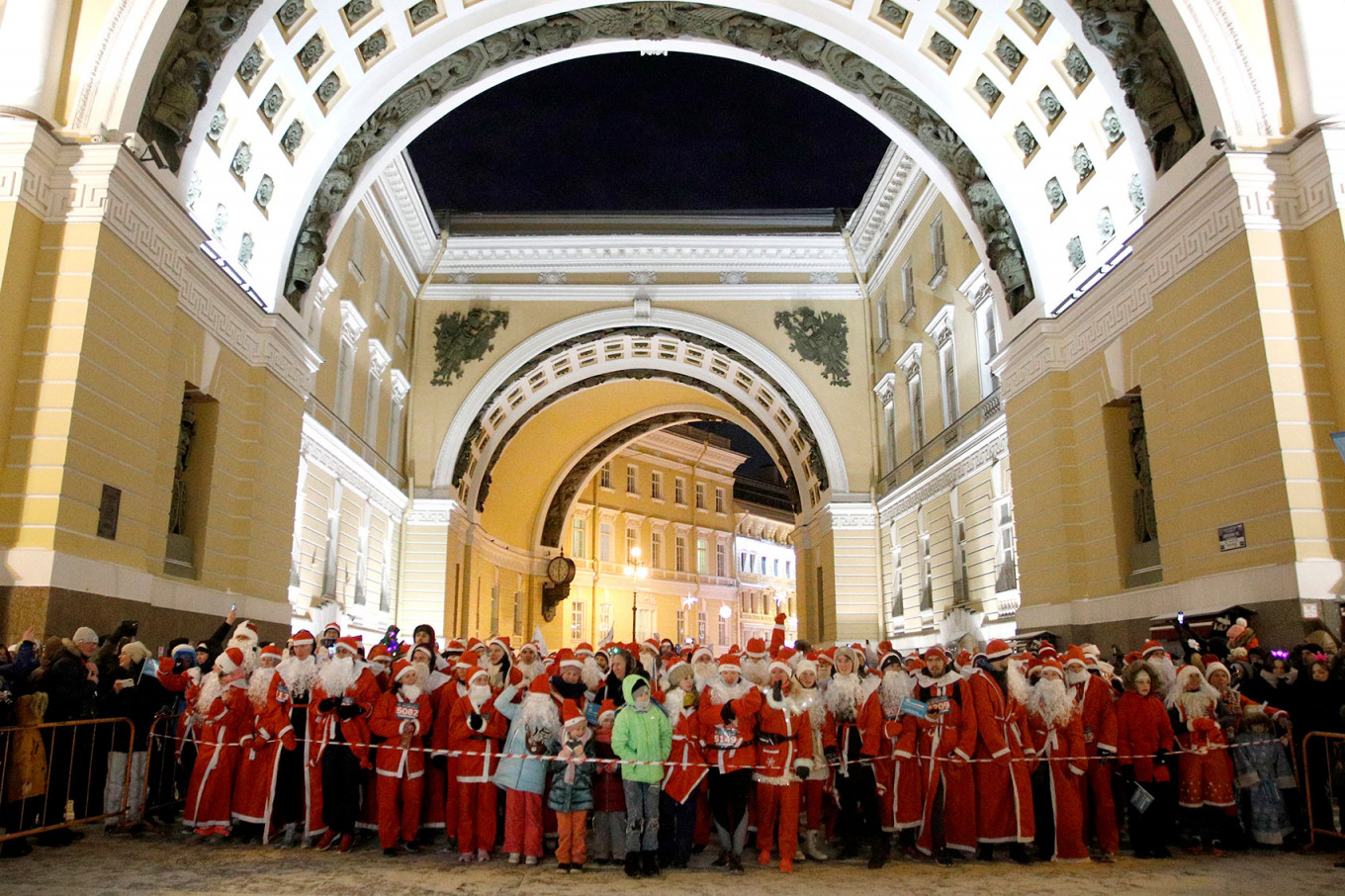 Lining up at the starting line beneath the arch of the General Staff Building on Palace Square.
Valentin Yegorshin / TASS 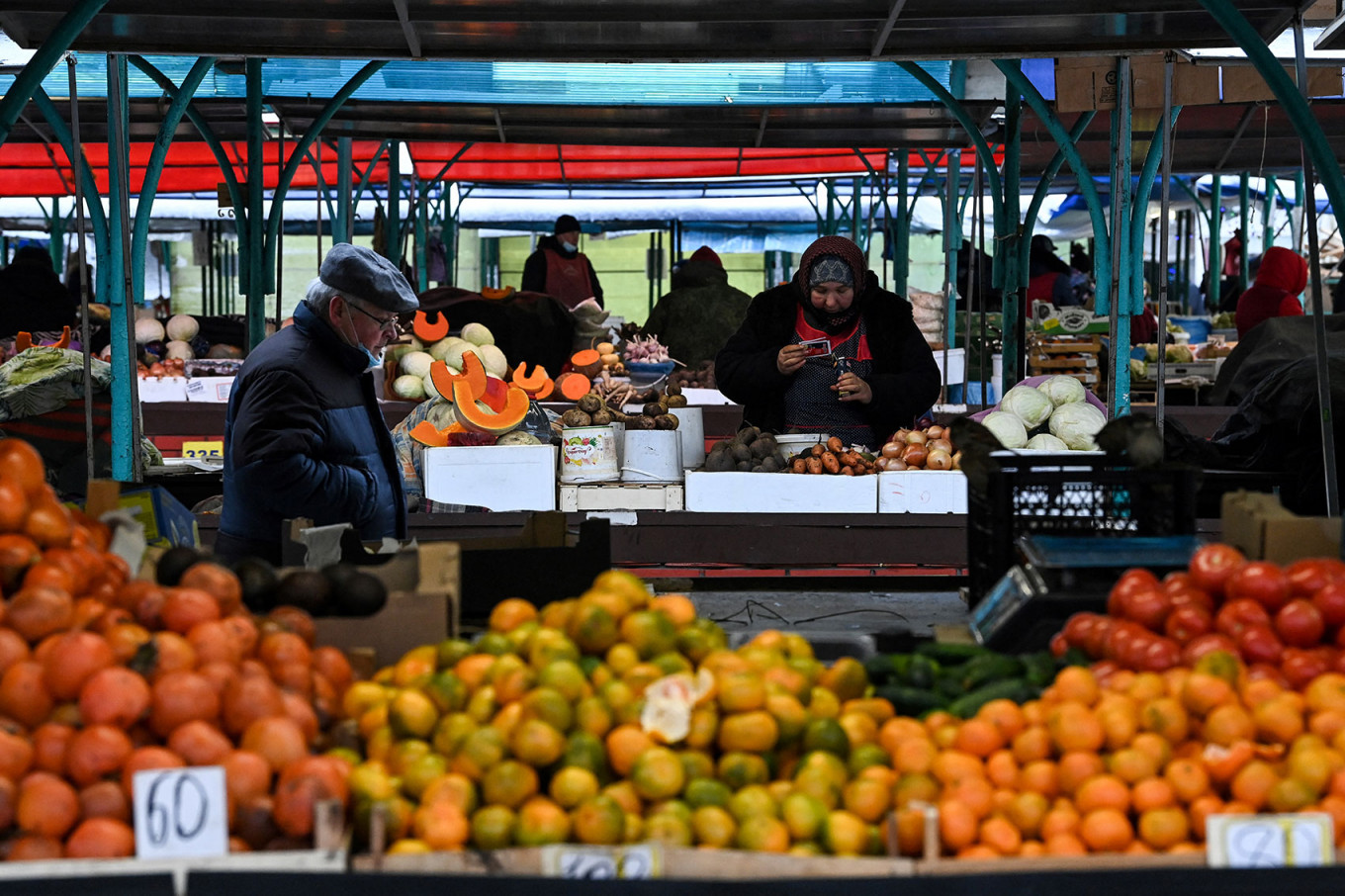 A man walks past vegetable stalls at a market in Moscow.
Kirill Kudryavtsev / AFP 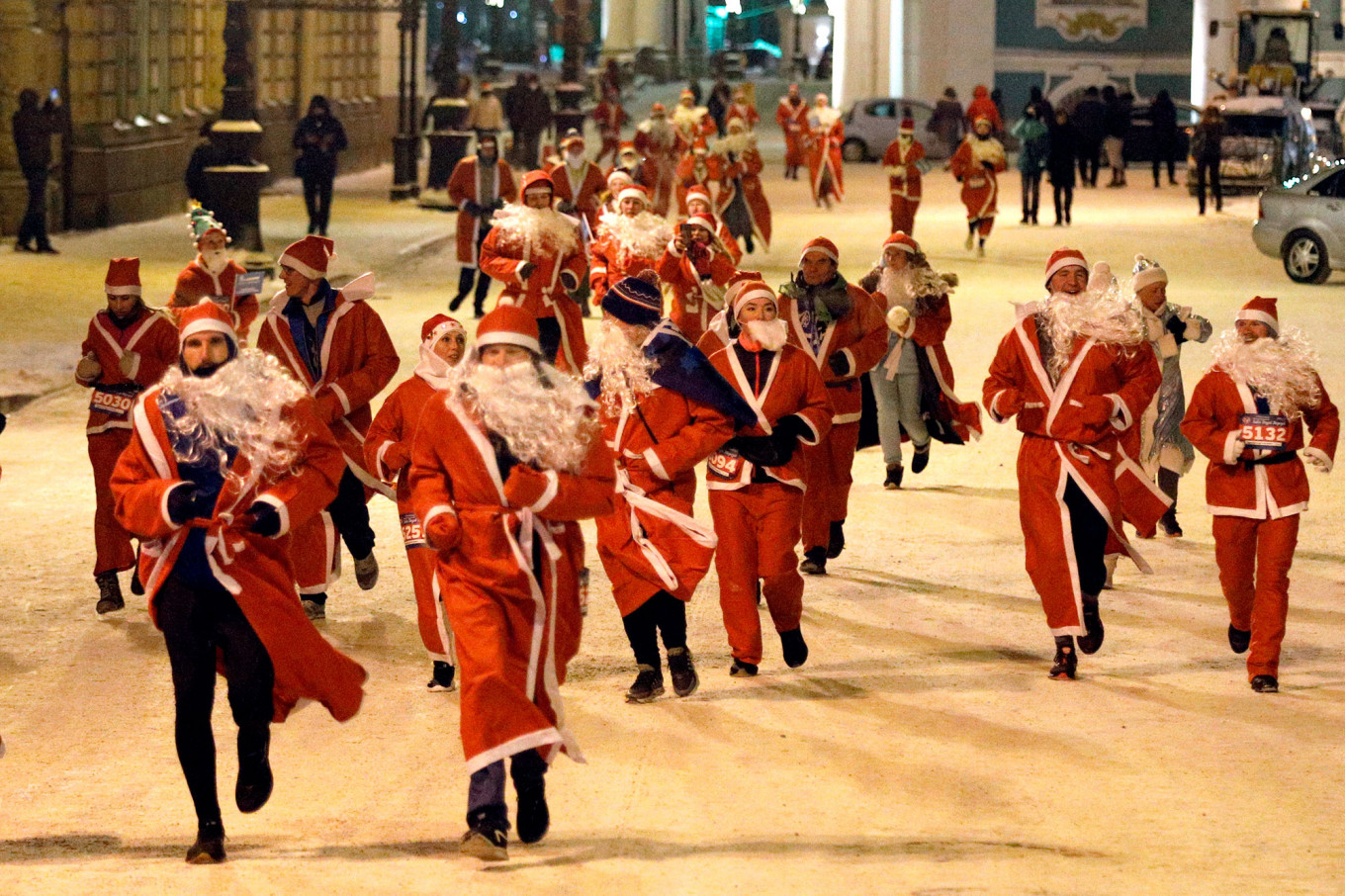 Temperatures in St. Petersburg have been below 0 degrees Celsius, making the Ded Moroz run a chilly one.
Valentin Yegorshin / TASS 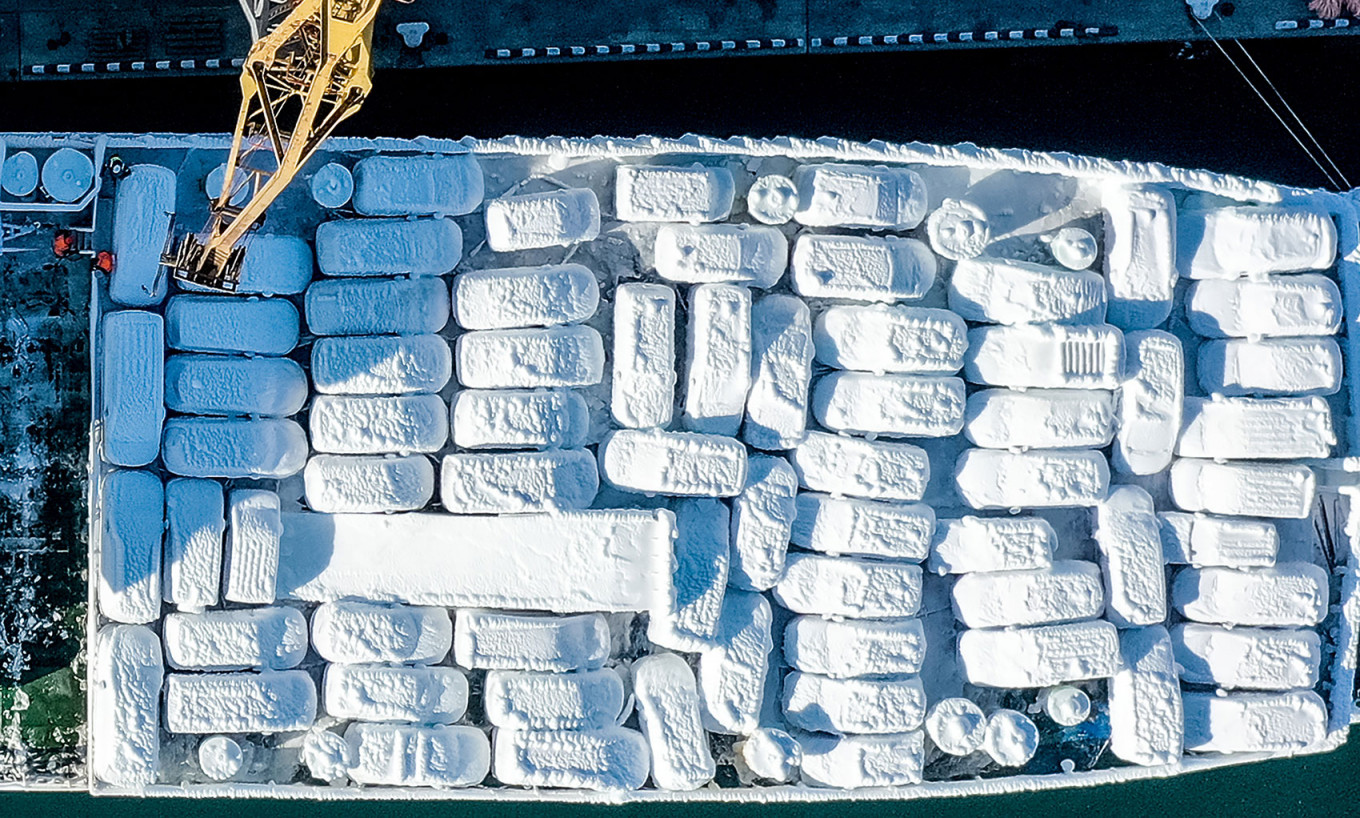 An aerial view of the ice-covered Sun Rio cargo ship carrying used cars from Japan in the port of Vladivostok. Ship icing occurs due to humid sea winds, waves and sub-zero air temperatures and can increase the risk of a ship turning over.
Yuri Smityuk / TASS 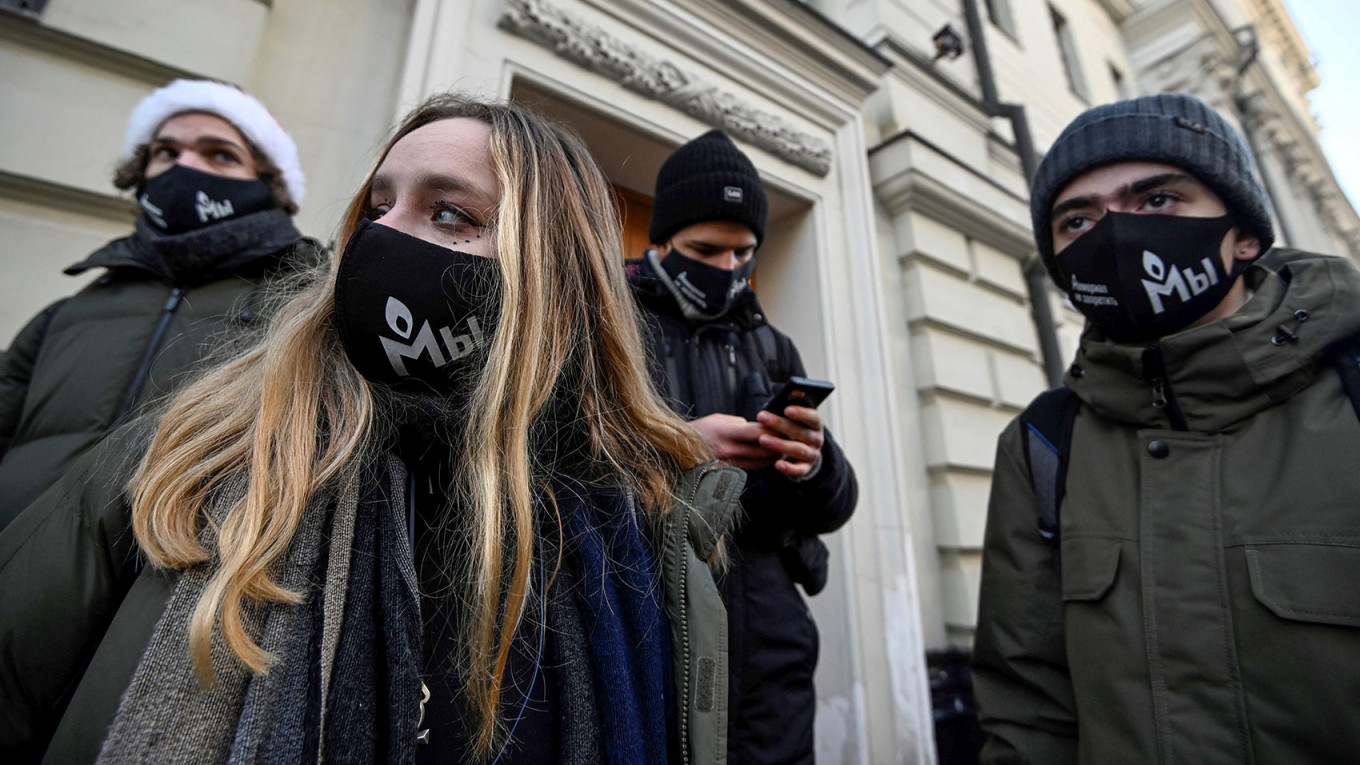 Memorial International supporters wearing face masks with the Russian rights group's logo stand outside Russia's Supreme Court during a hearing to dissolve it.

The country's most prominent rights group, which has played a vital role in tracking Soviet-era abuses, was ordered to liquidate for what prosecutors said were repeated violations of "foreign agents" law on Dec. 28.
Natalia Kolesnikova / AFP 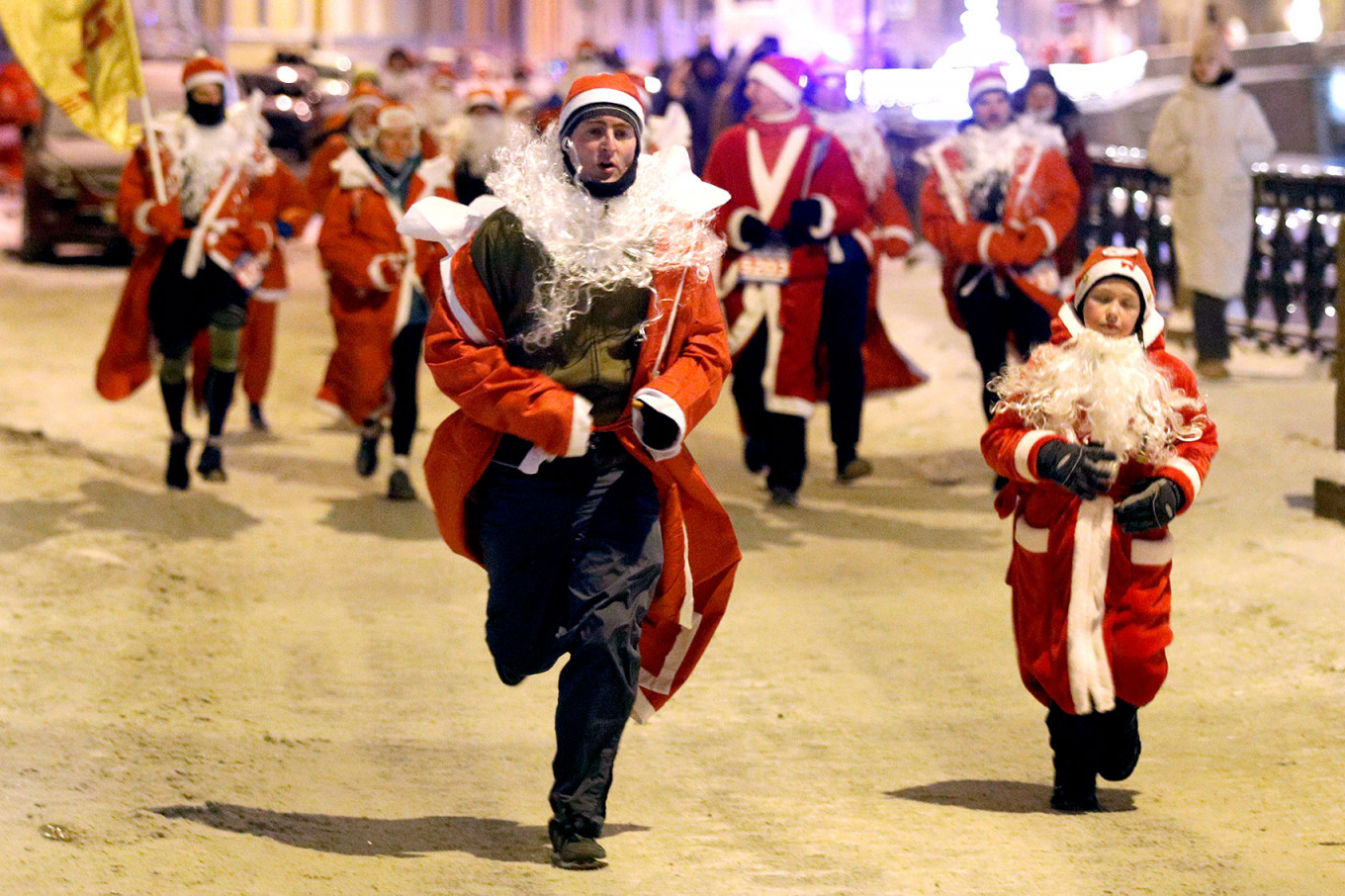 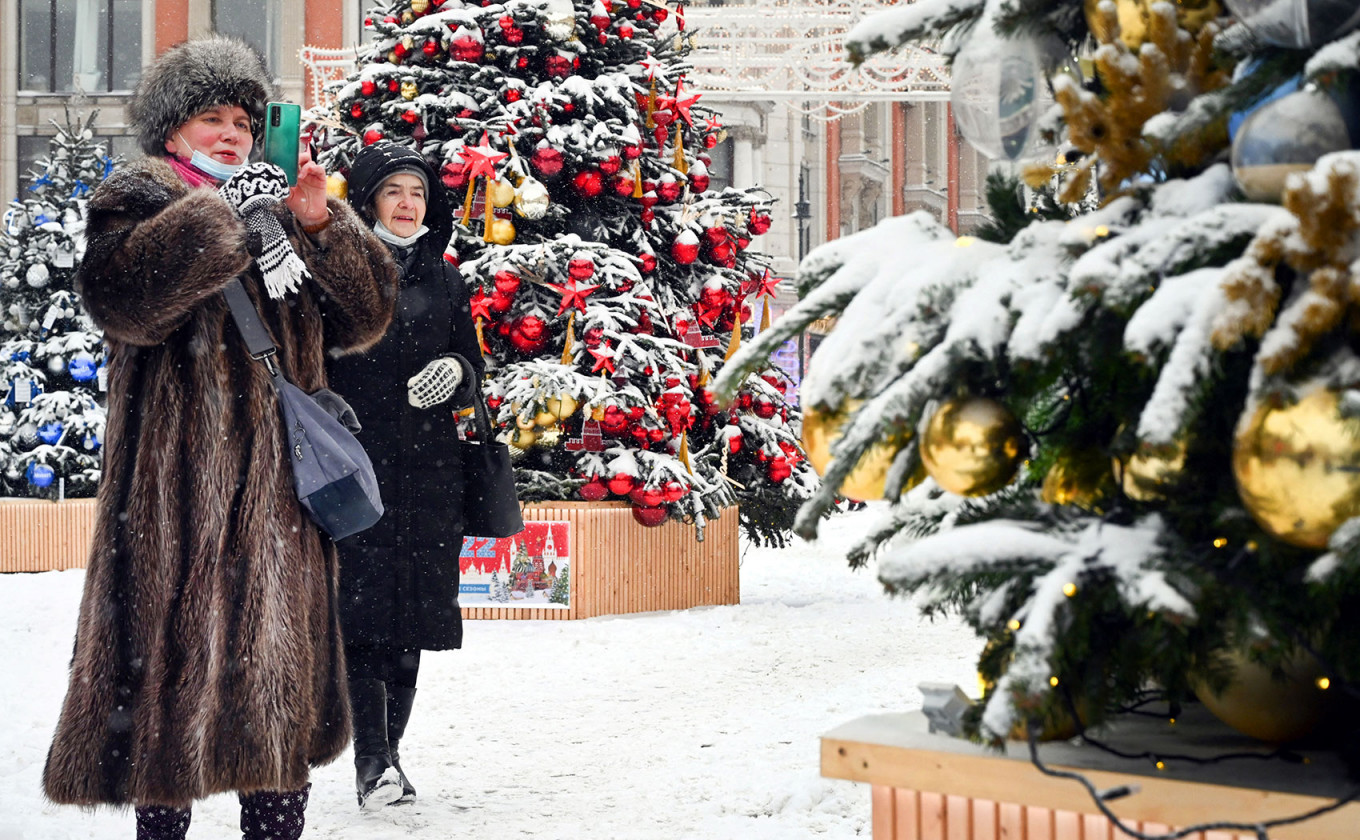 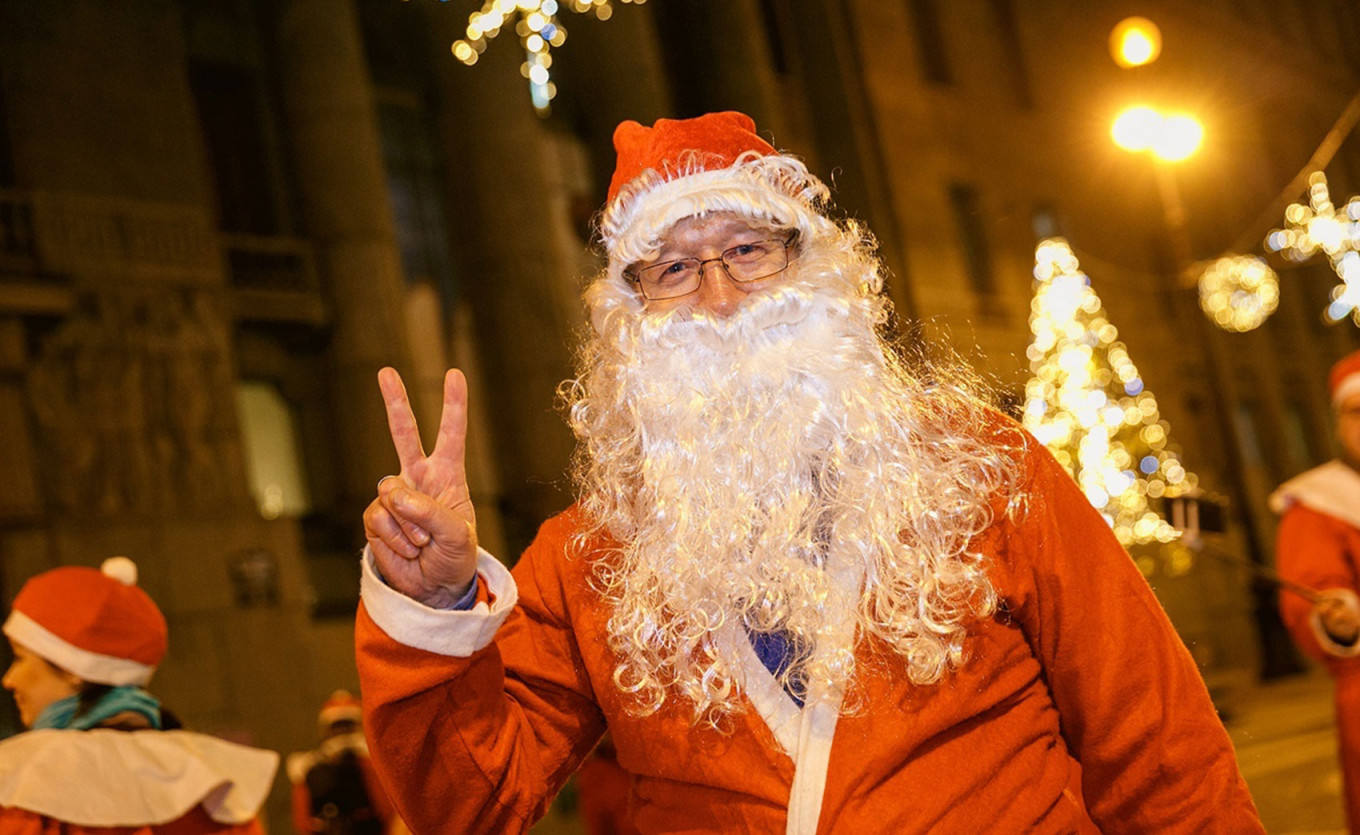 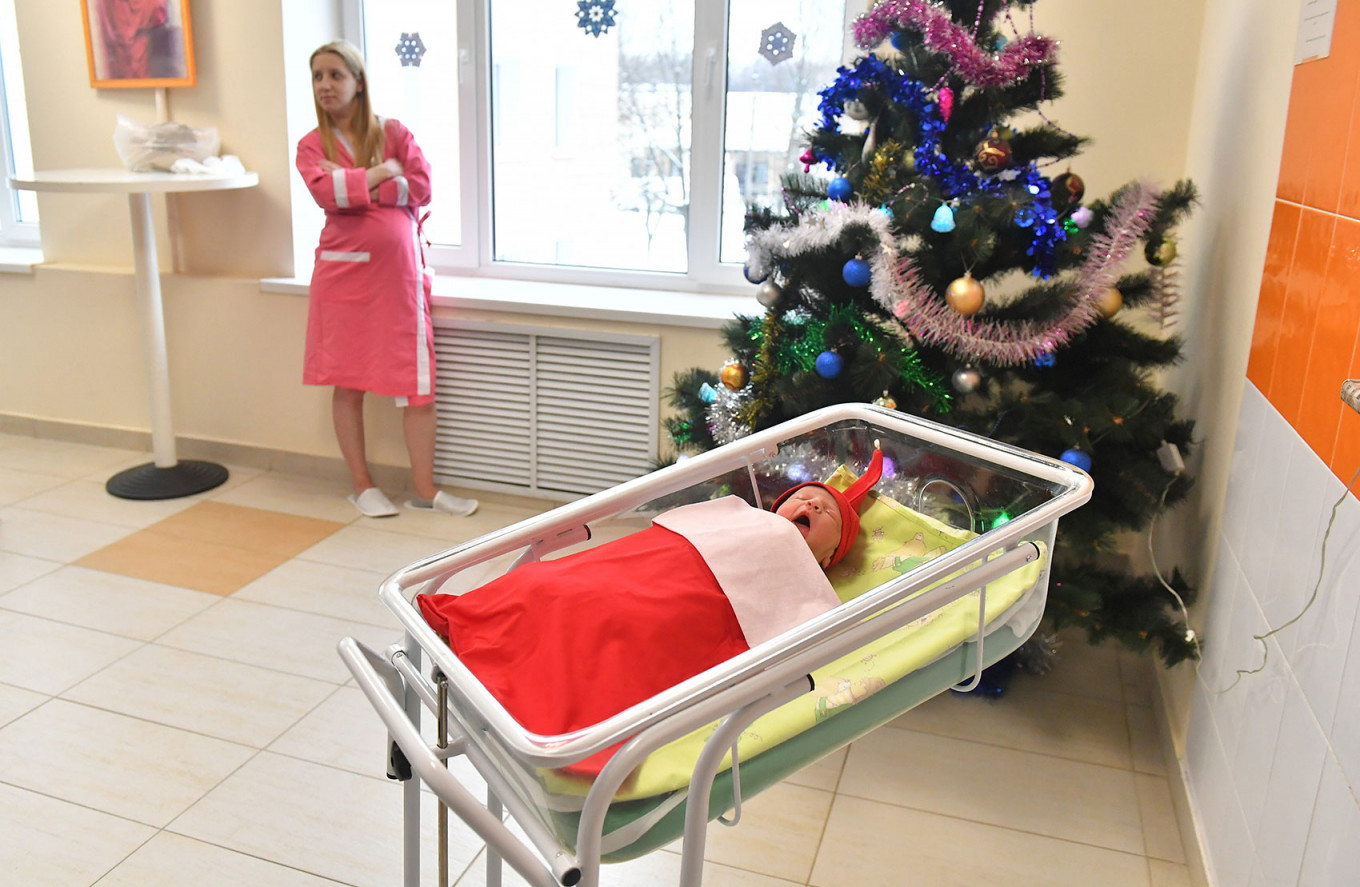