Meanwhile, as Russians started to stock up ahead of the New Year holidays, prices for red roe, a traditional New Year's delicacy, hit their highest price since President Vladimir Putin came to power in 2000.

Here is a look at the highlights of Russia’s November in pictures: 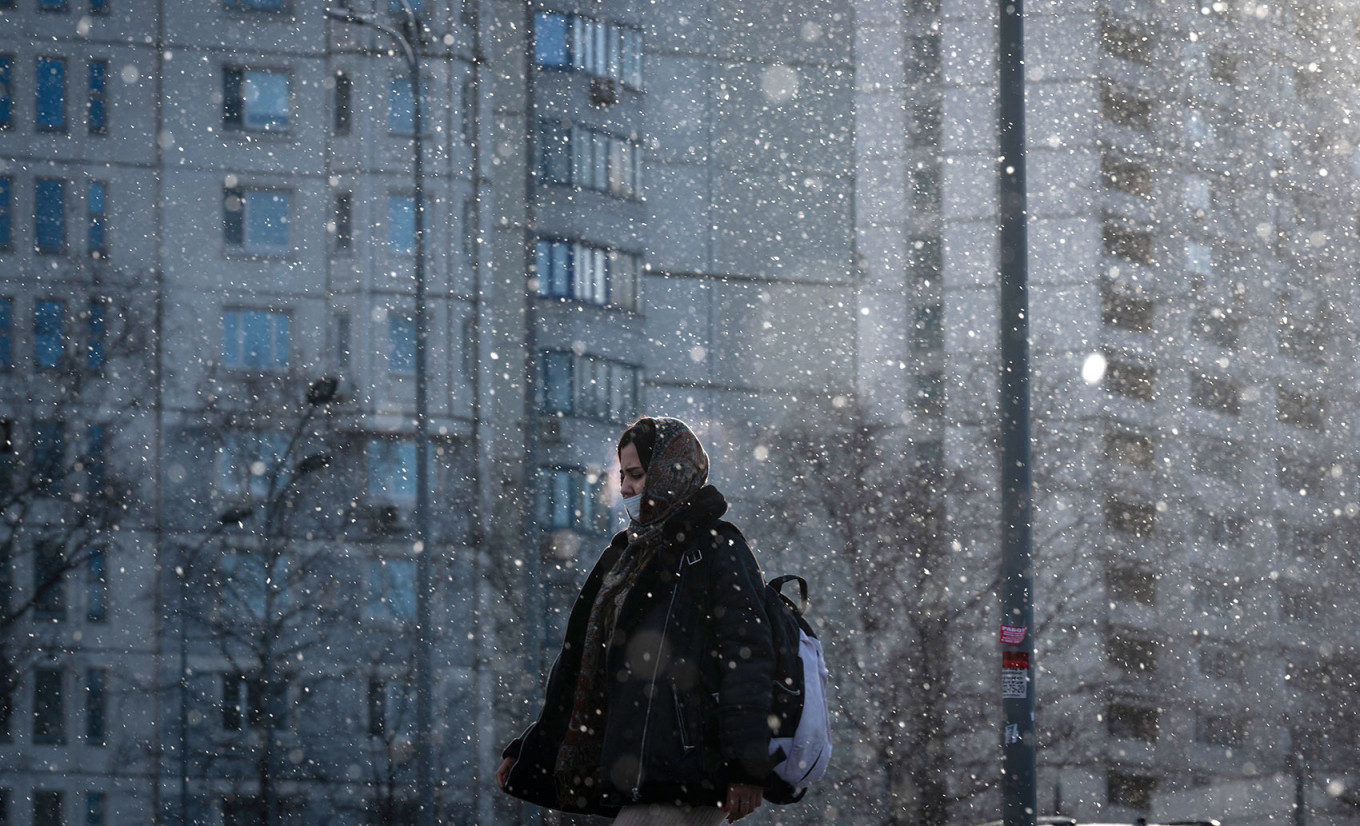 A woman wearing a face mask walks past residential buildings as snow falls in Moscow on Nov. 23.
Natalia Kolesnikova / AFP 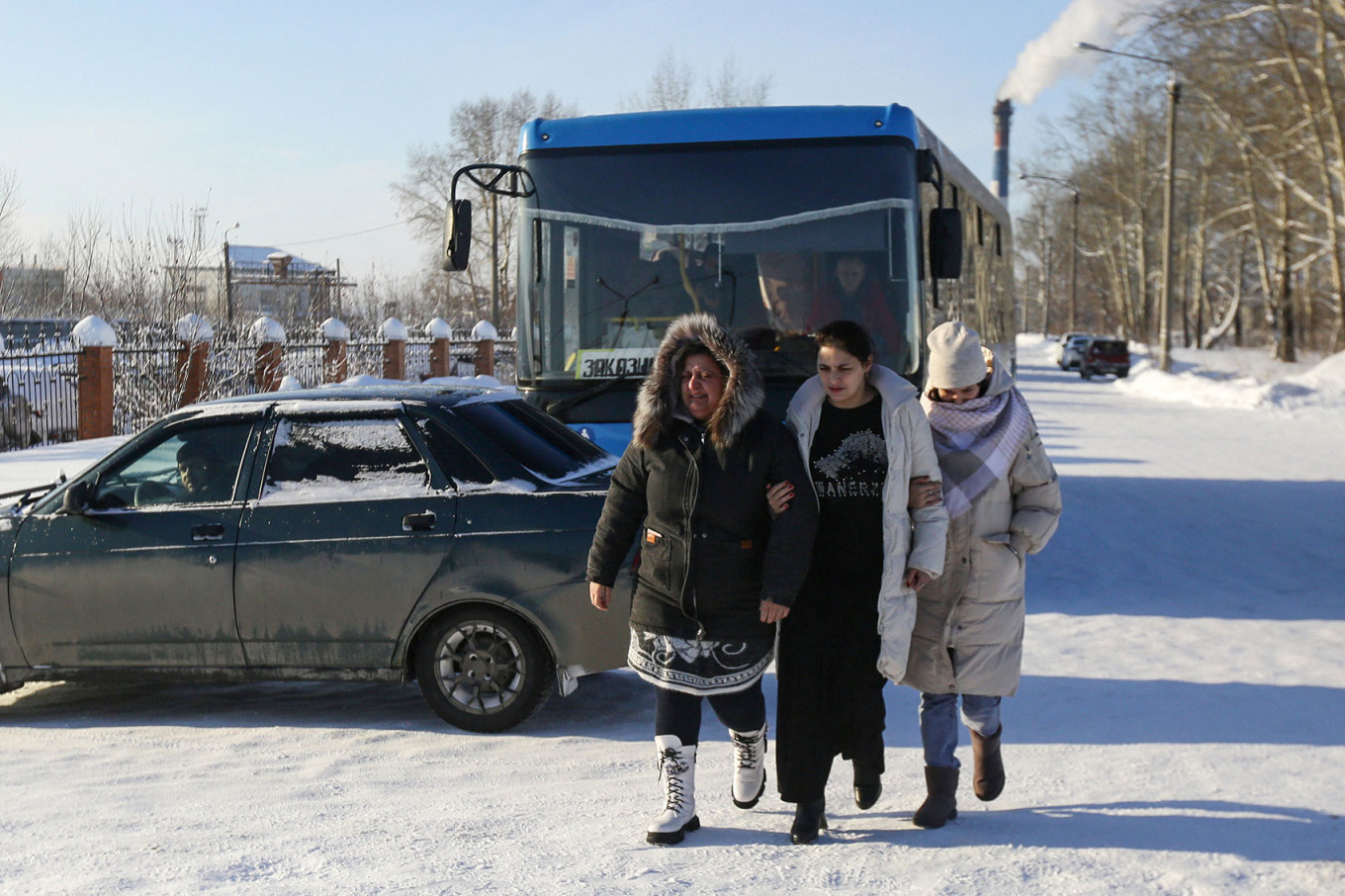 Relatives of missing miners arrive at the Listvyazhnaya coal mine near the town of Belovo in the Kemerovo region, on Nov. 26. More than 50 people were reported to have died on Nov. 25 after smoke filled the mine and a rescue effort ended in tragedy.
Rostislav Netisov / AFP 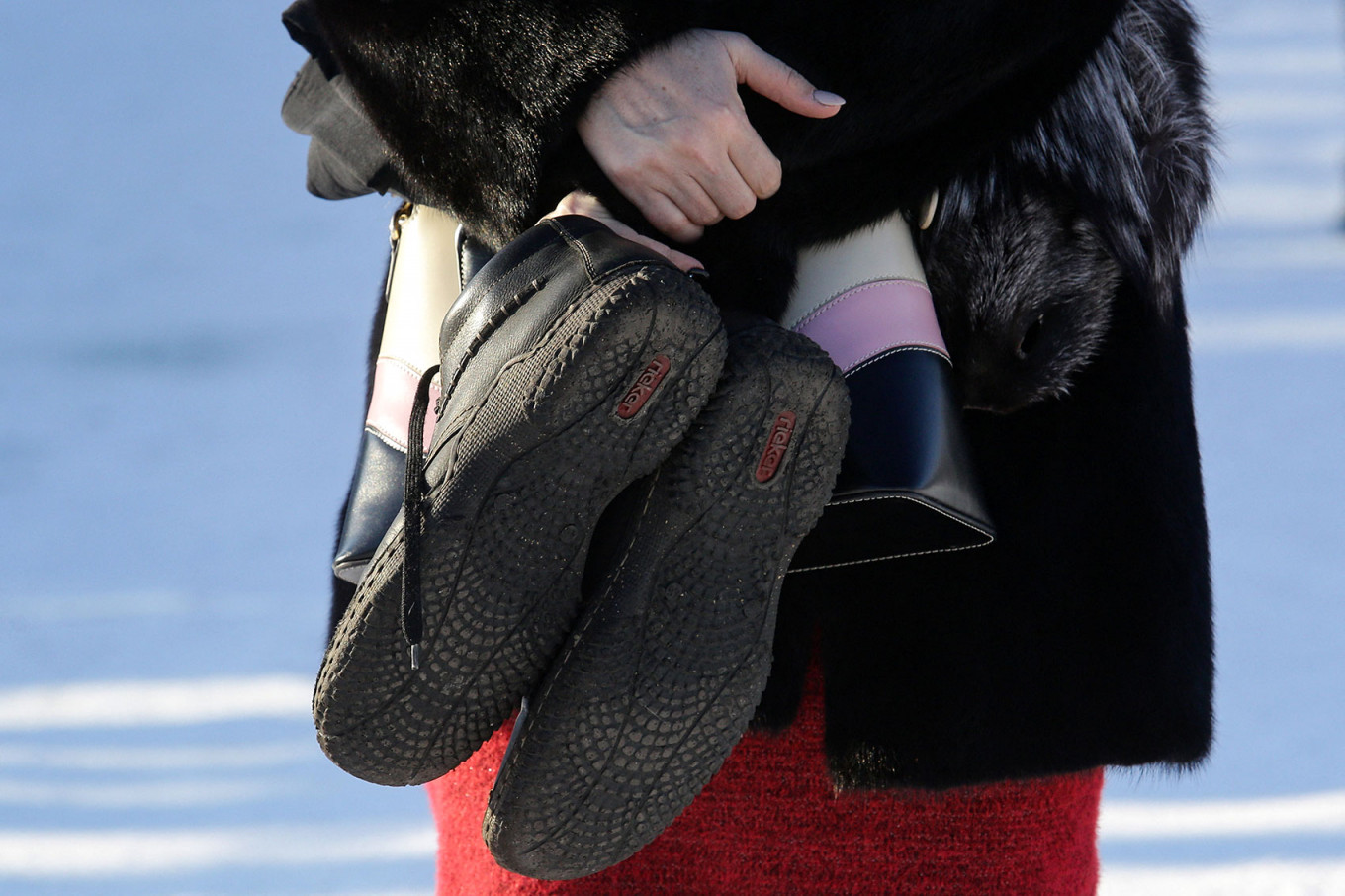 A woman holds a pair of men's shoes near the Listvyazhnaya coal mine.
Rostislav Netisov / AFP 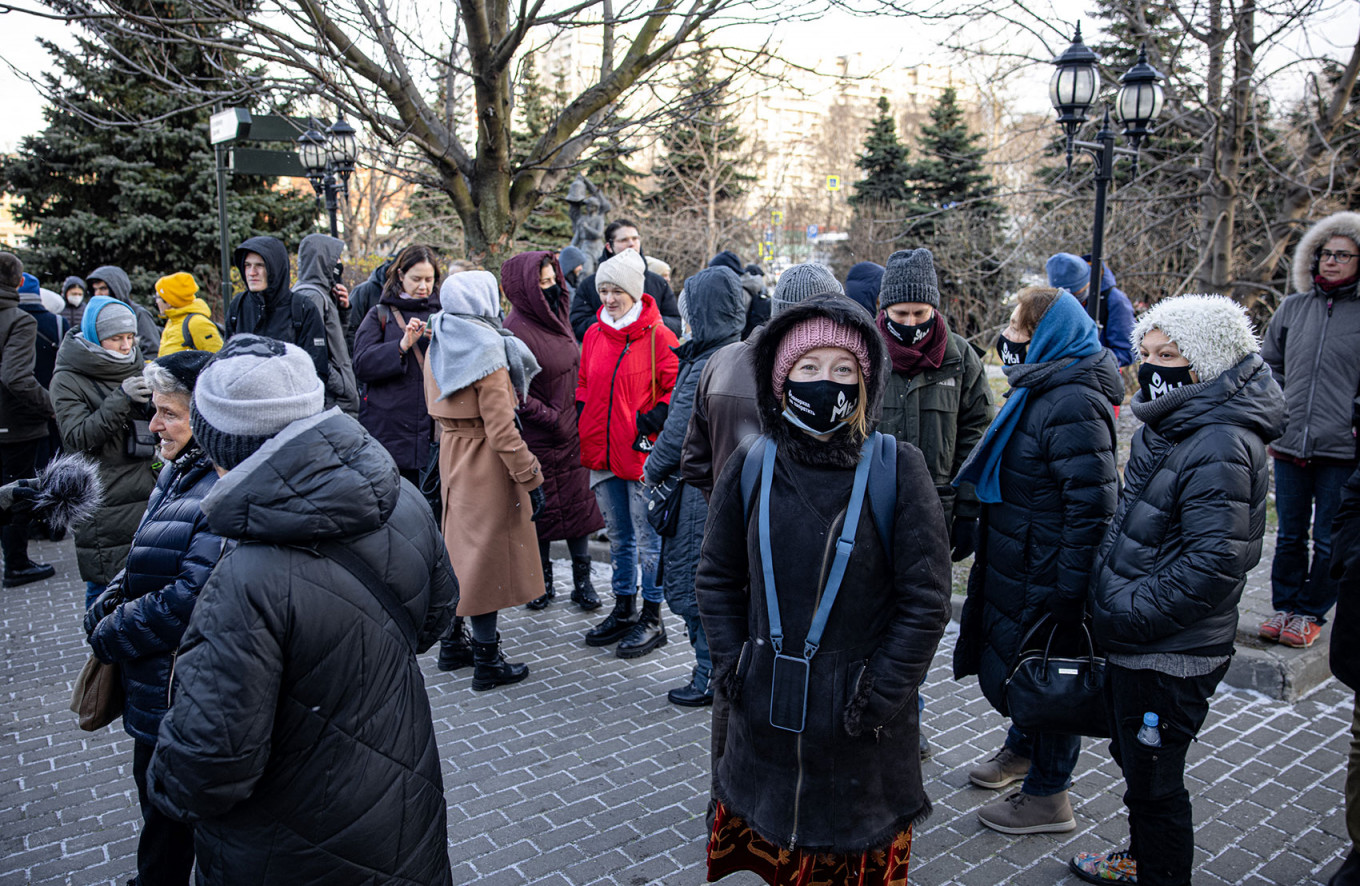 Supporters of the Memorial human rights group gather outside the Moscow City Court, where a preliminary hearing into prosecutor's request to dissolve the rights group took place on Nov. 23.

Memorial's Human Rights Center, which campaigns for the rights of political prisoners and other groups under pressure from authorities, is accused of repeatedly violating Russia's "foreign agent" legislation, an accusation it denies.
Dimitar Dilkoff / AFP 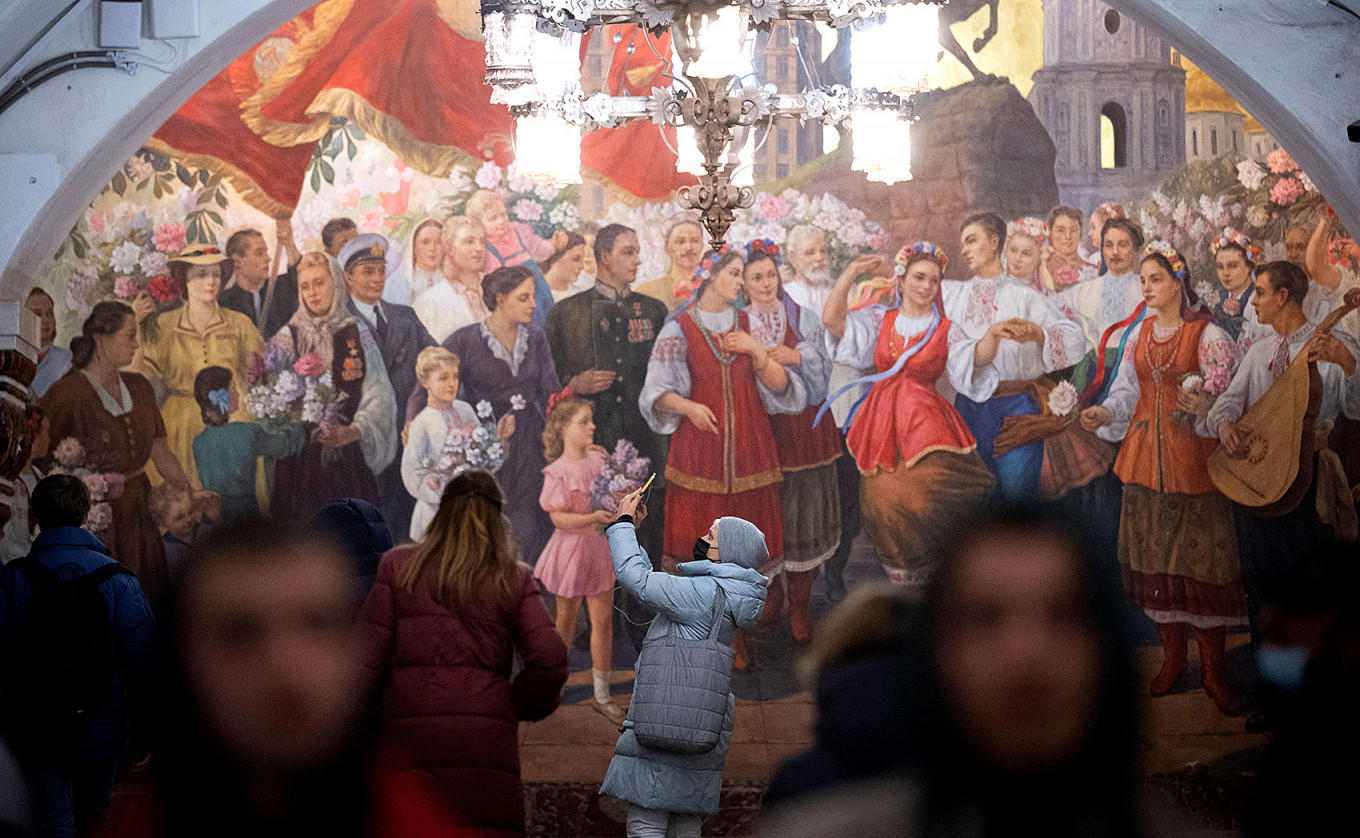 A woman takes a picture with her smartphone in front of the "Folk festivals in Kiev" mural at the Kievskaya metro station in Moscow on Nov. 22. The panel was created in 1953 by a group of Soviet painters and was dedicated to the 300th anniversary of the unification of Ukraine and Russia.
Natalia Kolesnikova / AFP 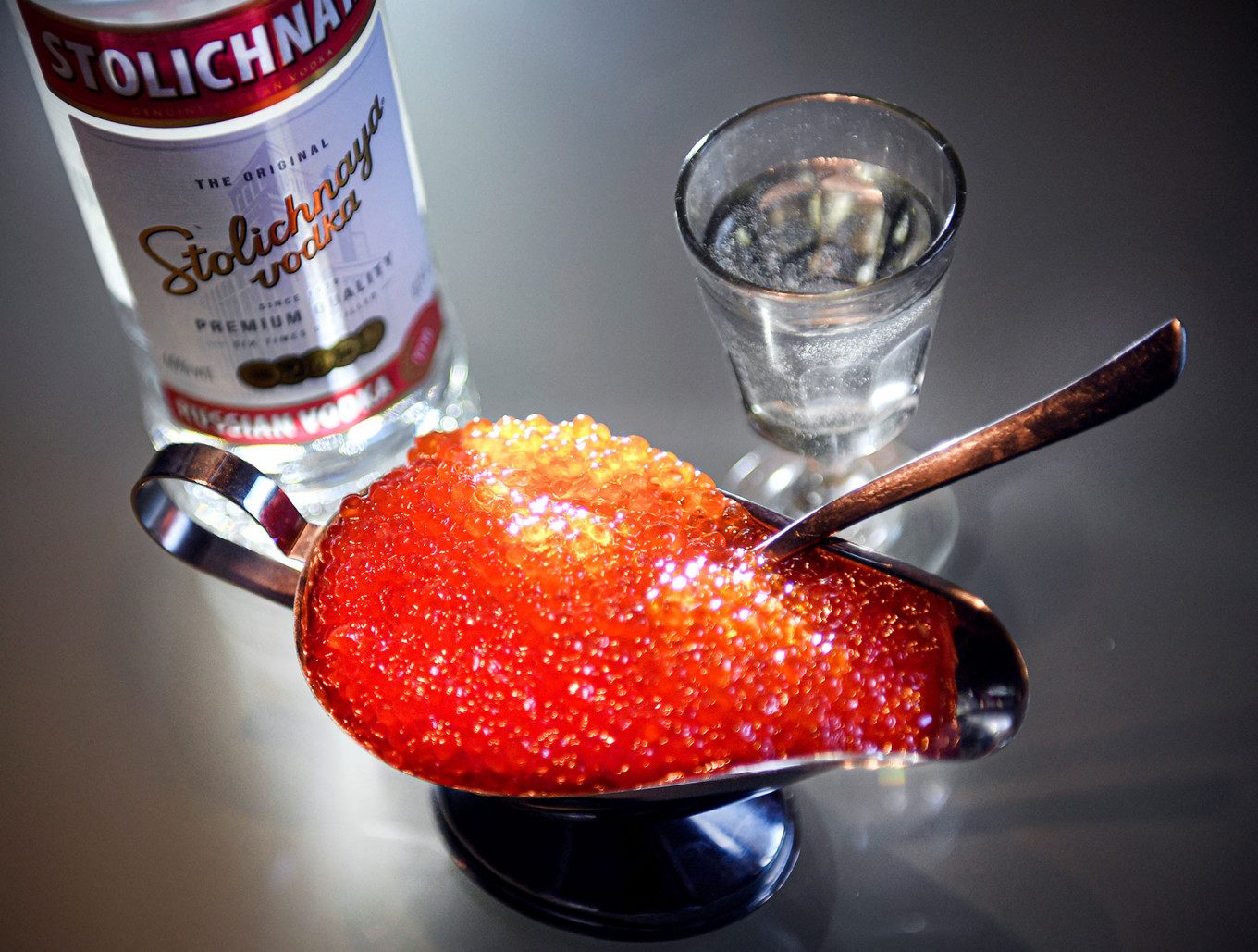 Salmon fish eggs, also known as red caviar in Russia, are pictured in Moscow on Nov. 22. Russians looking to indulge in their traditional winter holiday treat of red caviar will be disappointed this year after the state statistics agency said that prices have hit historic highs.

With Russia battling surging inflation, Rosstat said the market price for one kilogram of red fish roe has surpassed the 5,000 ruble ($68) mark, the highest price since monitoring began in 2000.
Alexander Nemenov / AFP