Muscovites were treated to a supernatural sight Monday evening as a thick white fog swiftly descended upon the city.

Like a scene from a horror movie, the mist blanketed the Russian capital almost completely, significantly reducing visibility and transforming all light into an eerie glow.

Under this mist, the Russian capital appears even more enigmatic than usual: 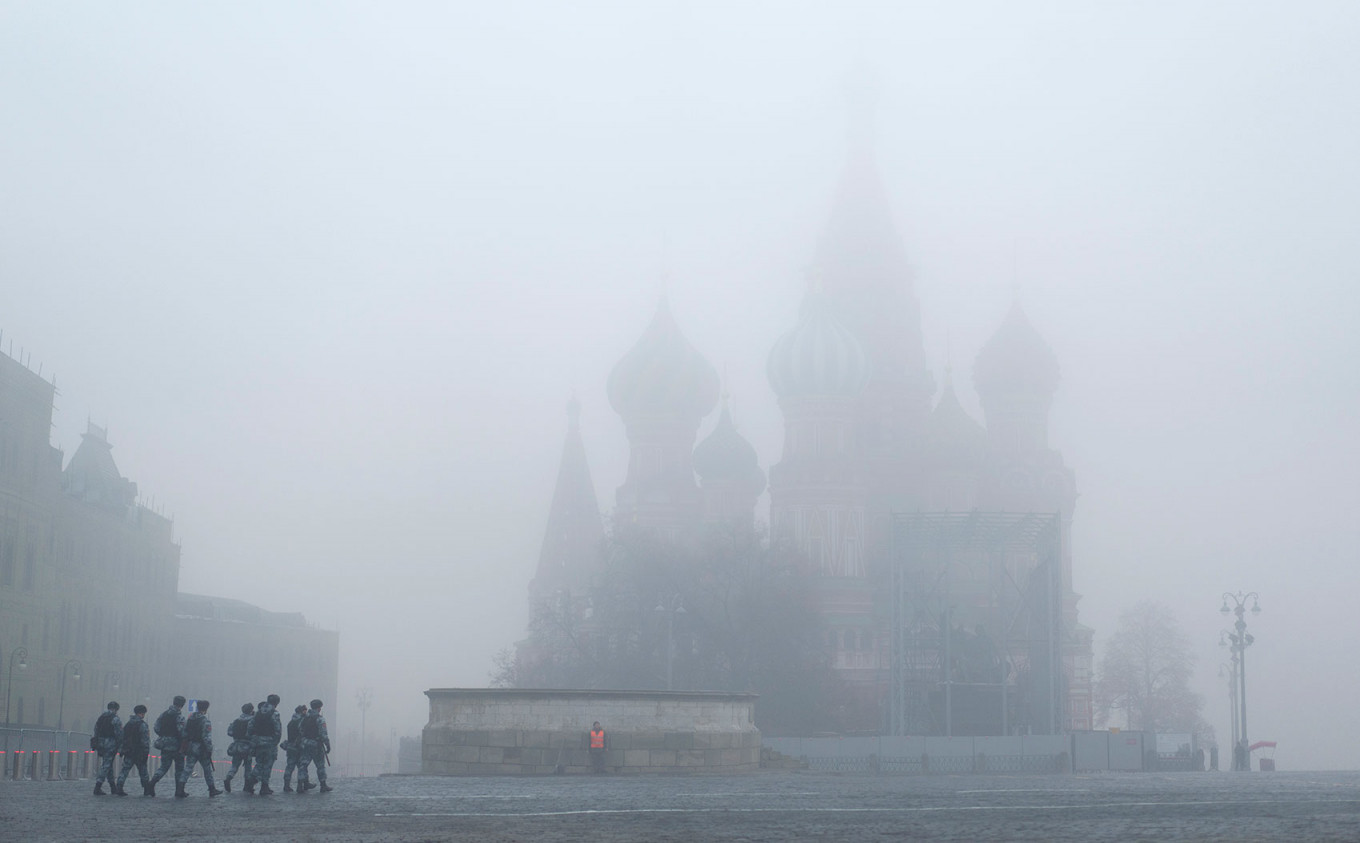 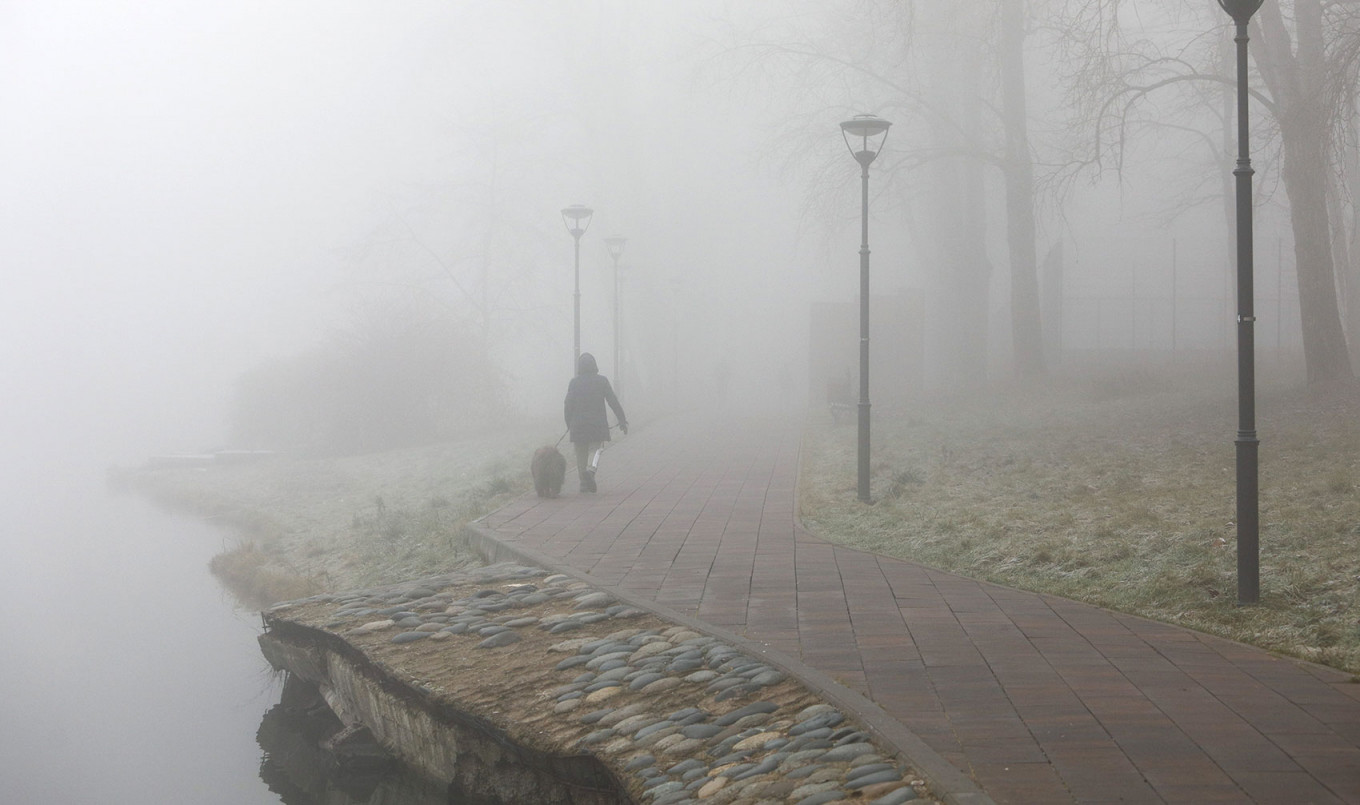 While some reports said the fog was exacerbated by waste burning in the Moscow region, meteorologists said it was due to rapid atmospheric cooling in the capital and that it was expected to dissipate by Tuesday evening.
Andrei Nikerichev / Moskva News Agency 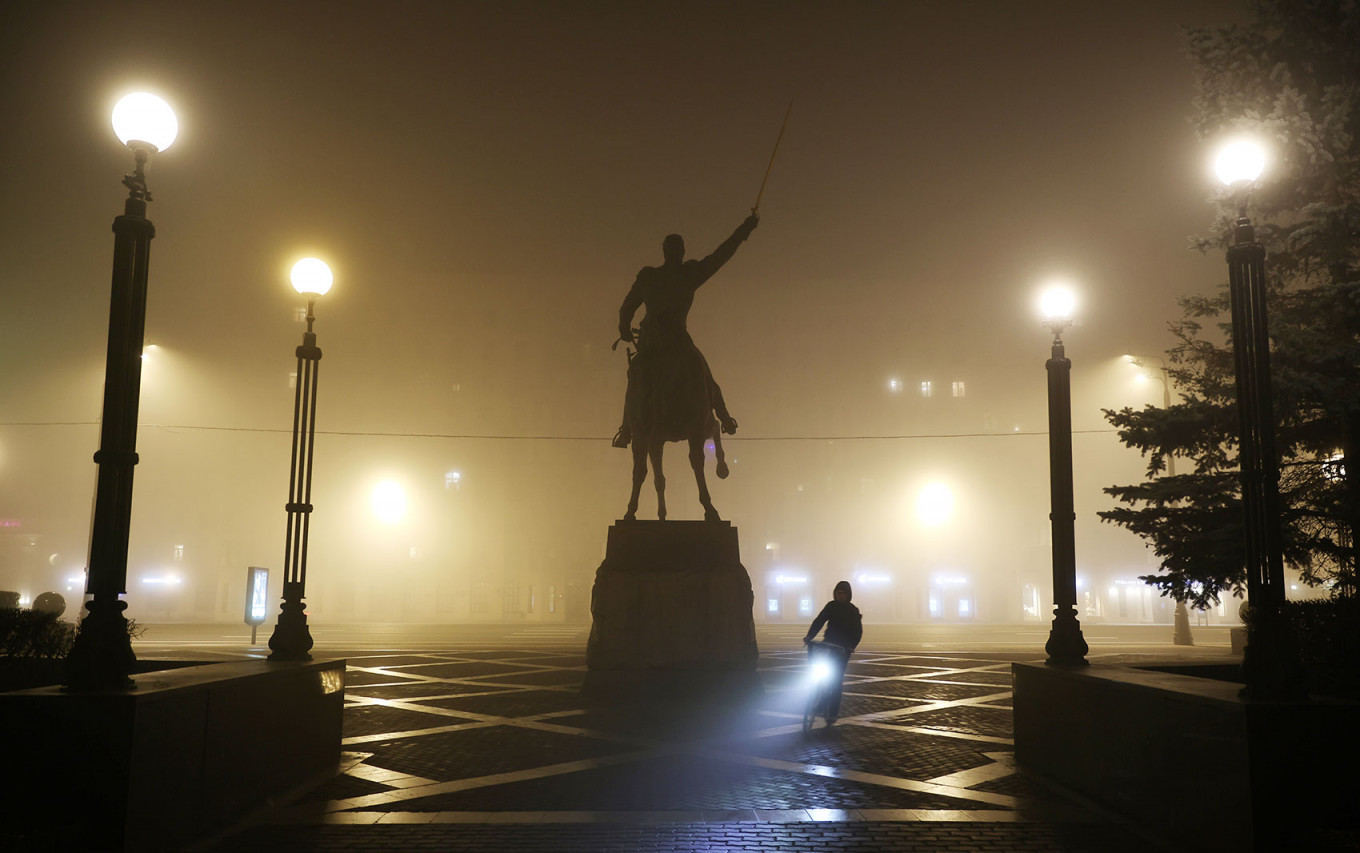 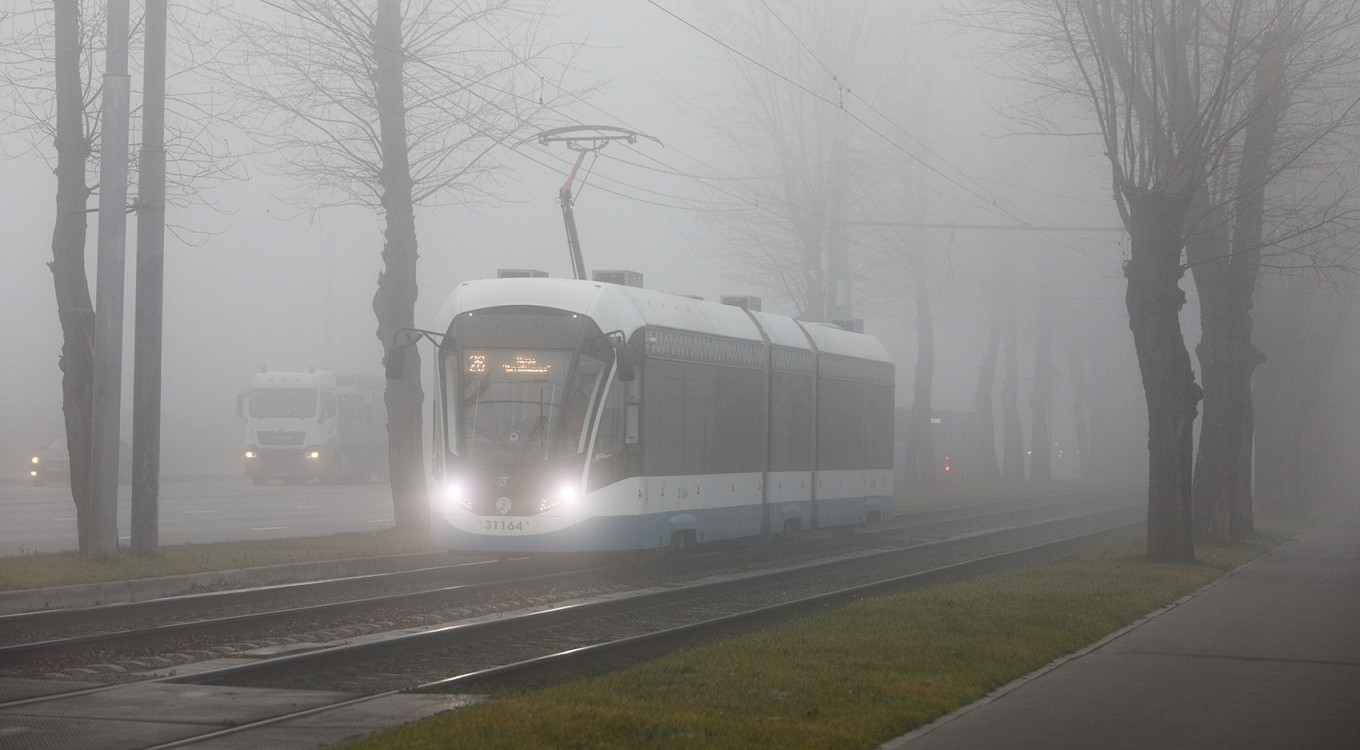 A ghostly tram makes its way to the next stop.
Andrei Nikerichev / Moskva News Agency 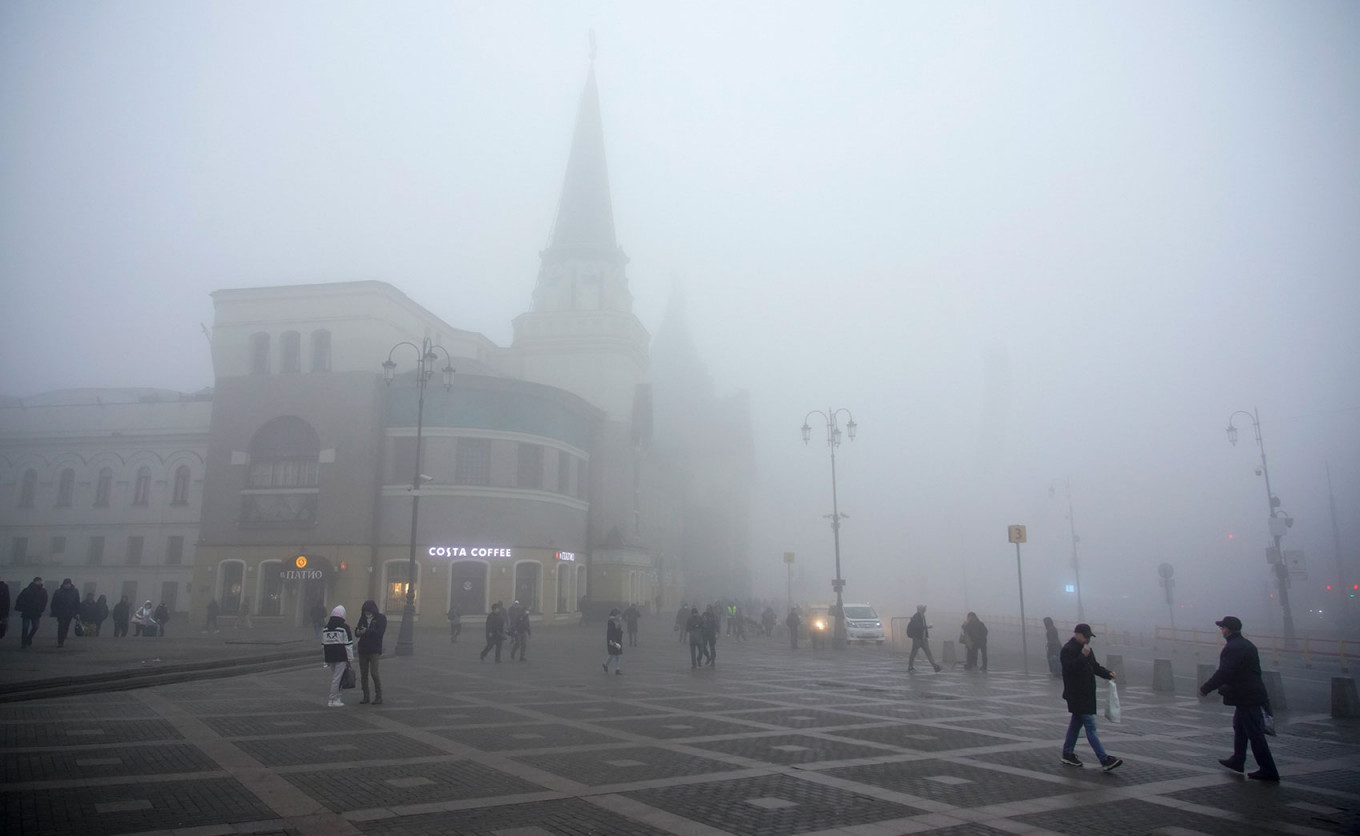 The square at Moscow's Yaroslavsky Railway Station was emptier than normal on Tuesday morning due to the city's Covid-19 lockdown.
Alexander Avilov / Moskva News Agency 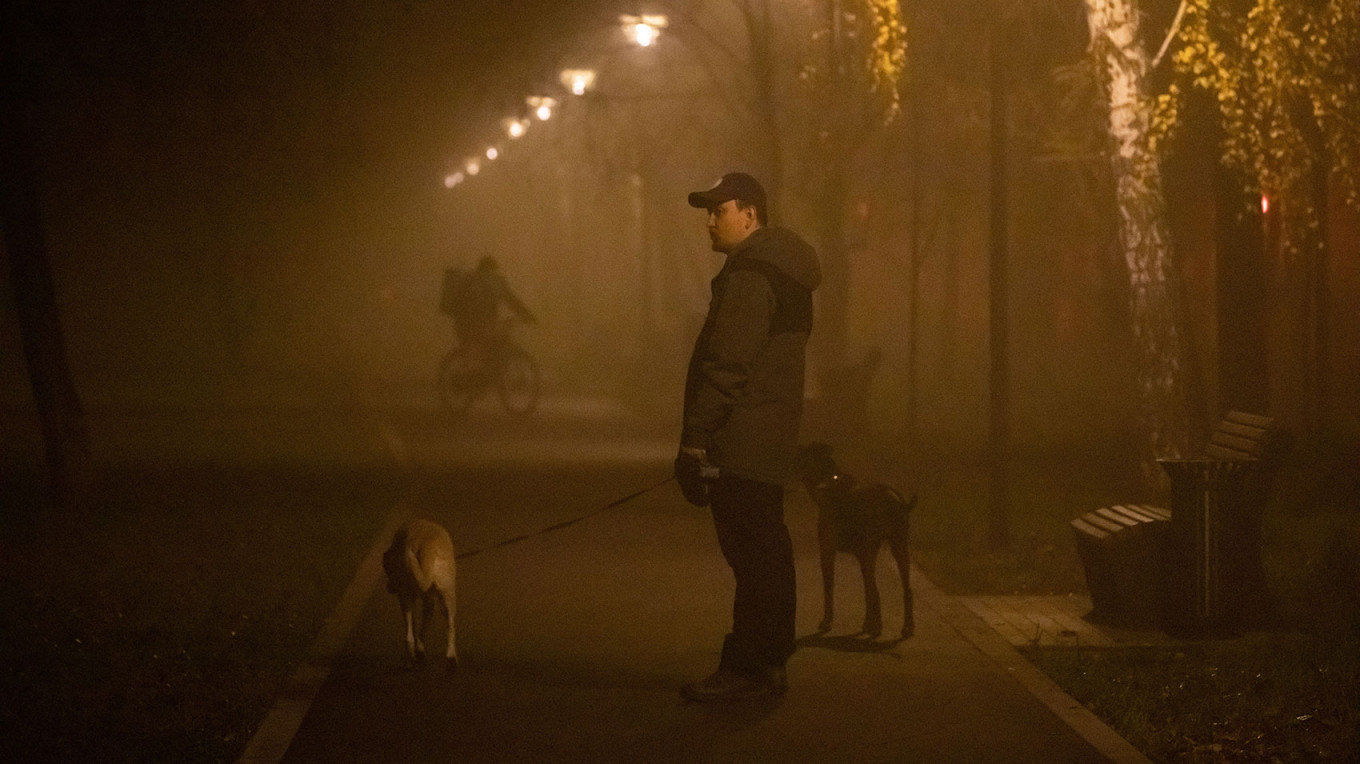 Monday night's walk was made even more spooky by the lack of people on the streets.
Sofia Sandurskaya / Moskva News Agency 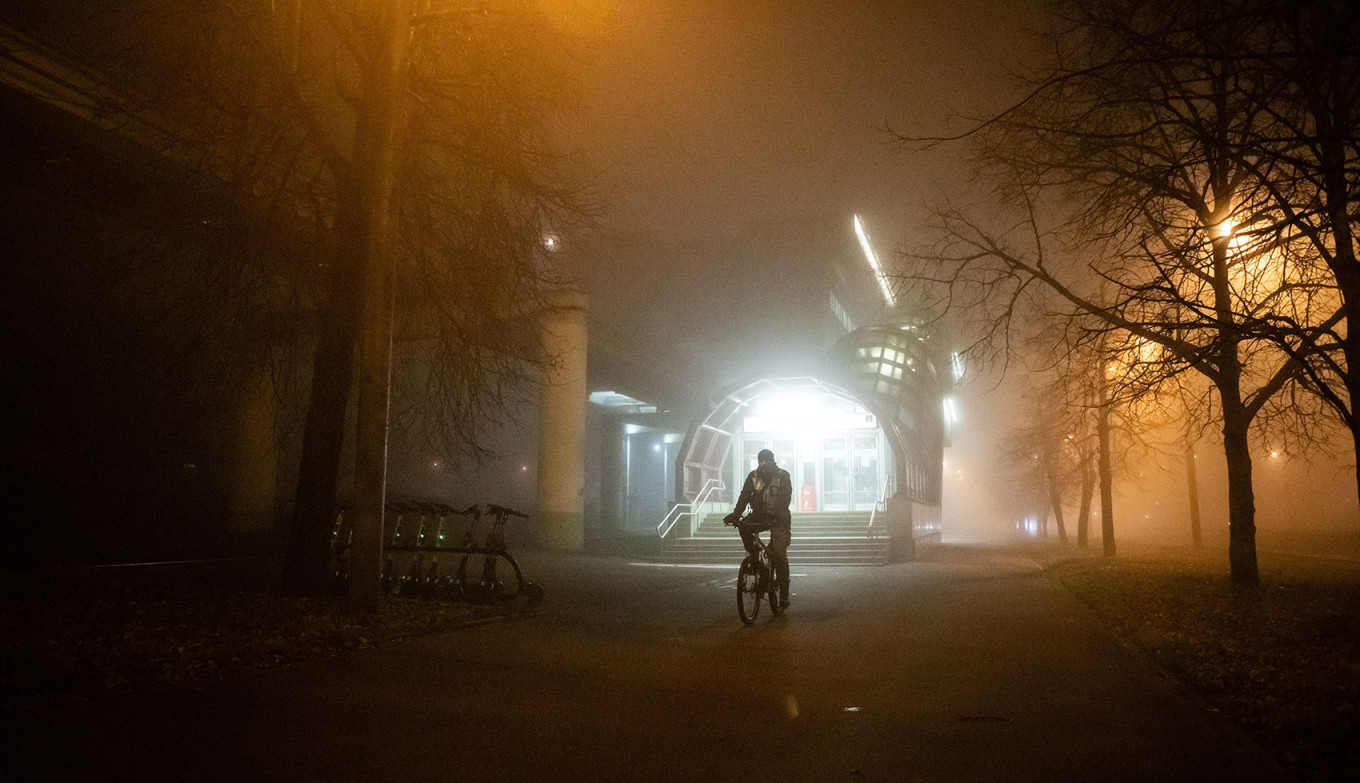 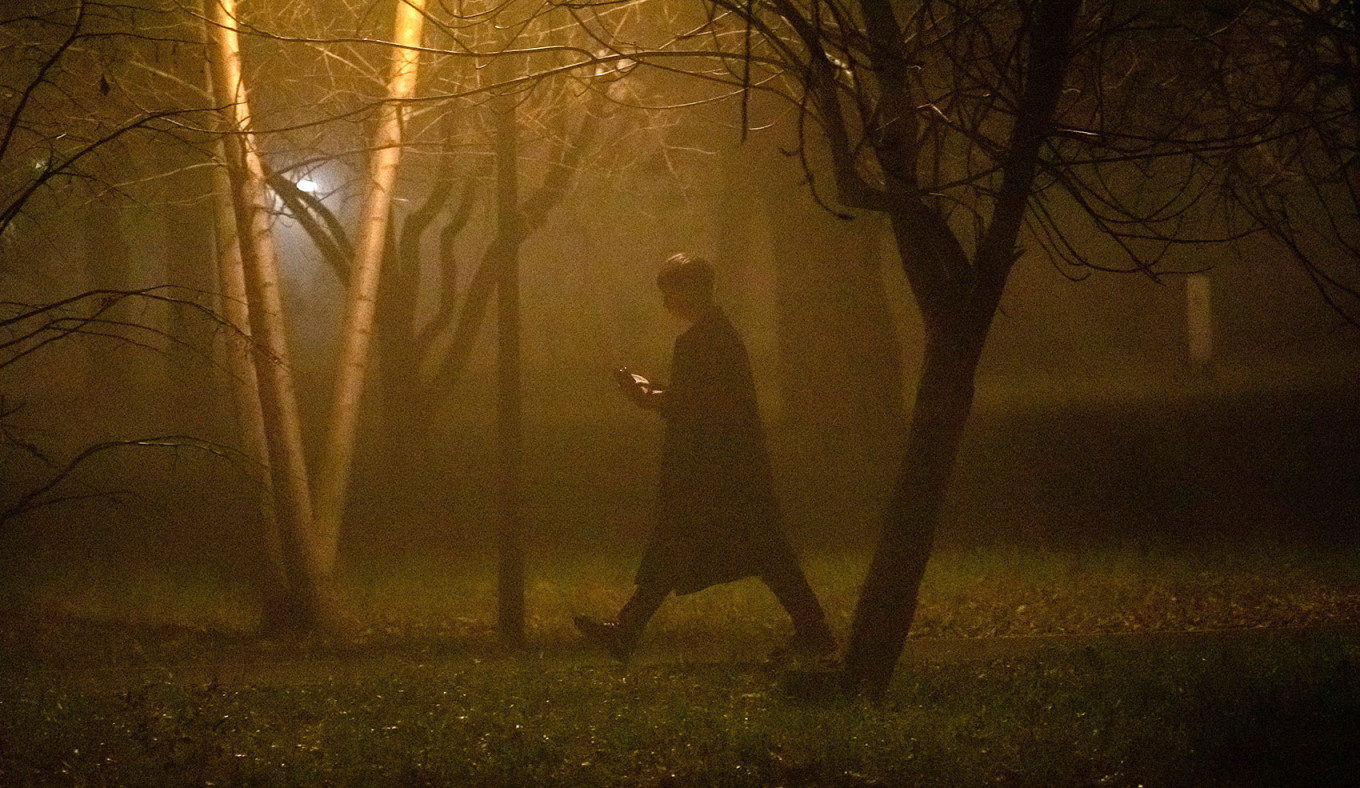 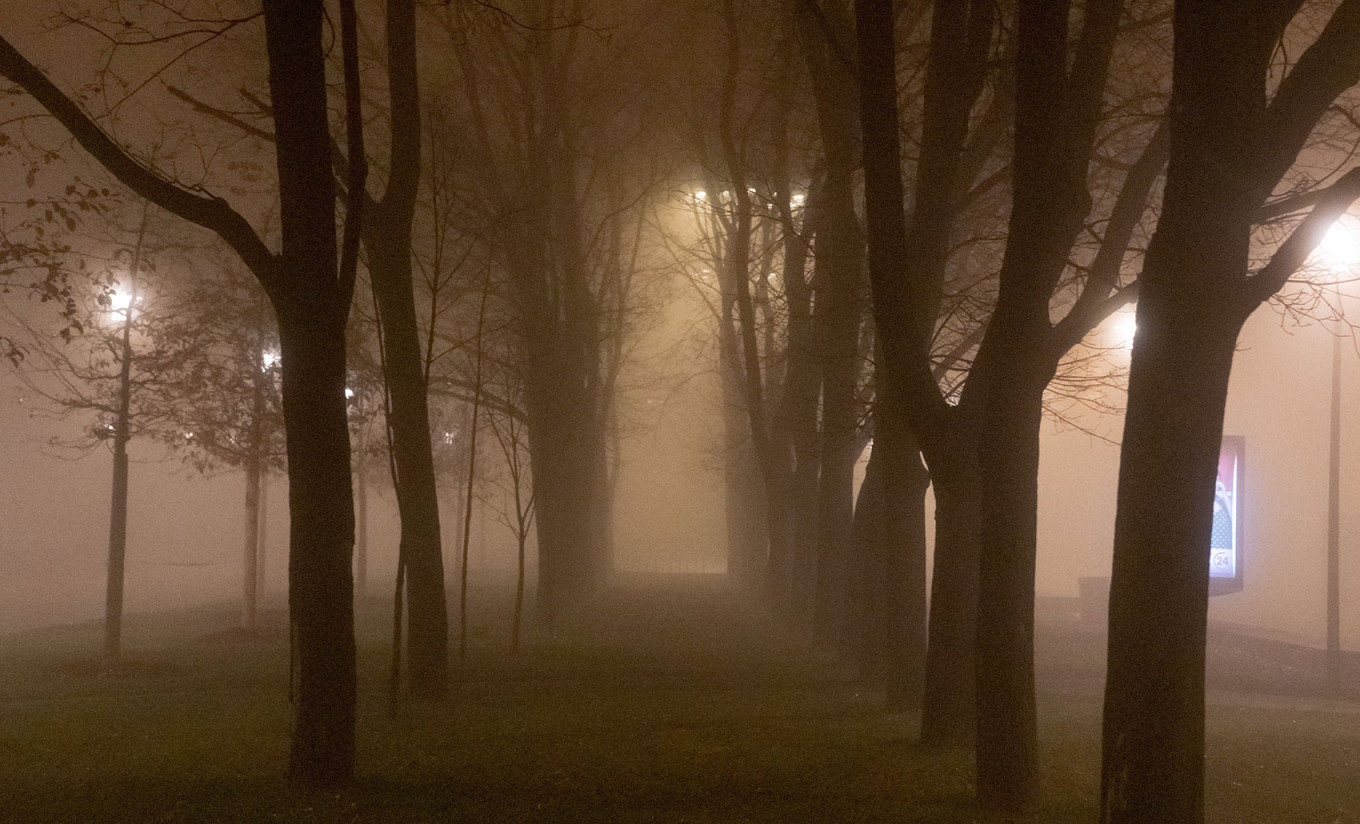 Who knows who or what might be lurking in the shadows.
Sofia Sandurskaya / Moskva News Agency 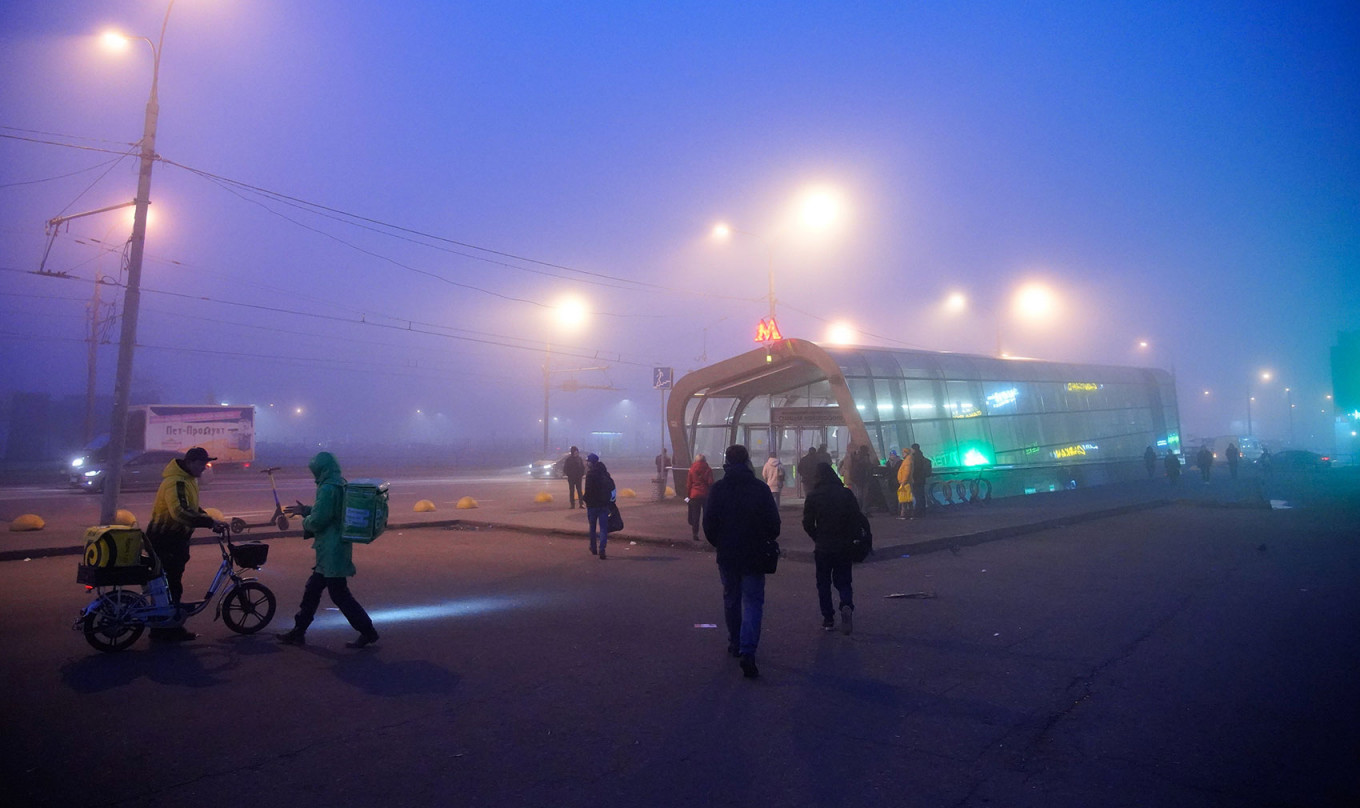 Over 100 flights were canceled or delayed at Moscow's Domodedovo, Sheremetyevo and Vnukovo airports due to the fog.
Alexander Avilov / Moskva News Agency 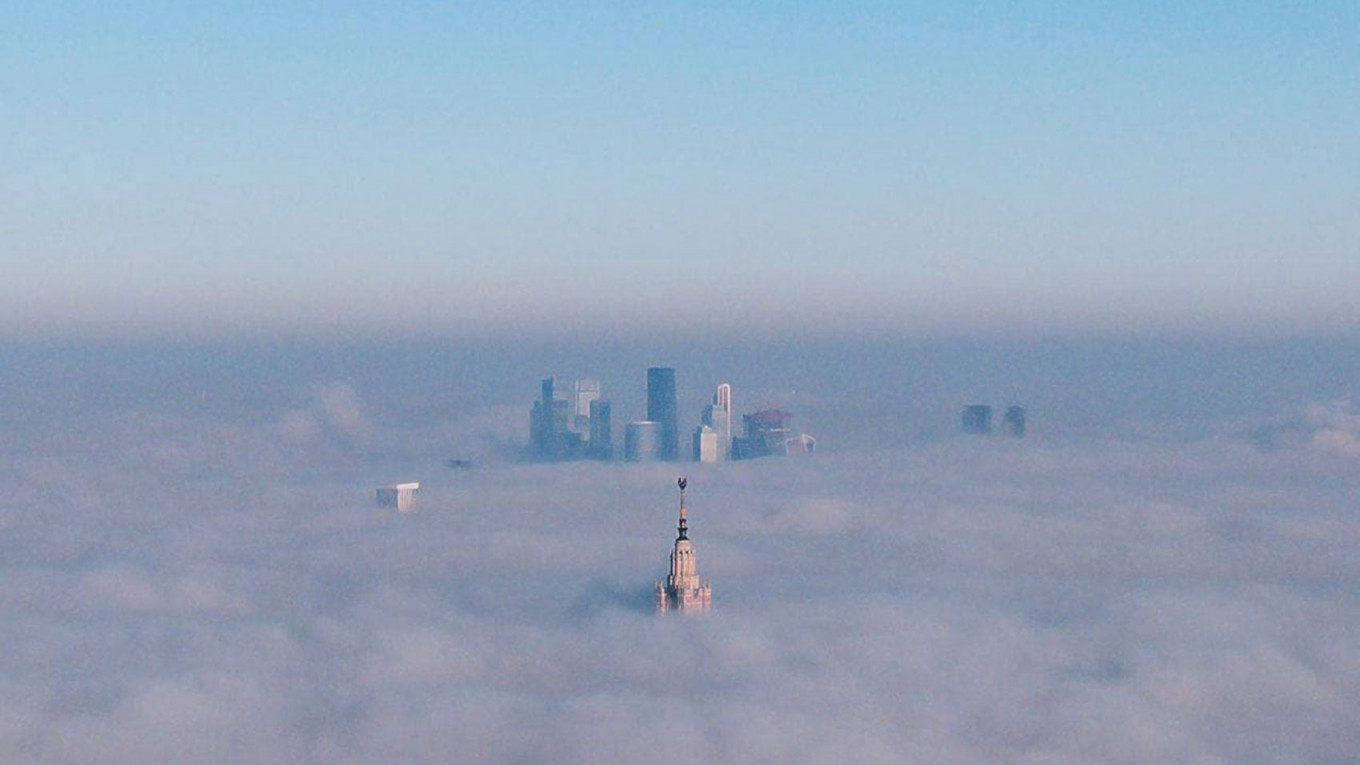 From above, only Moscow State University's iconic spire and the skyscrapers of Moscow City can be seen.
t.me/mosnow
Read more about: Weather