Each year on Sept. 1, Russian schools open their doors for students and teachers in what is known as Den' Znanyy, or the Day of Knowledge.

This year, 17 million Russian students are going to school, hundreds of thousands for the first time.

This time of year is also a somber one as Russia marks the anniversary of the 2004 Beslan school siege, when terrorists took 1,100 people hostage and 334 people, over half of them children, were killed.

Here's a closer look at how Russia is ringing in the new school year and commemorating the victims of the 2004 attack: 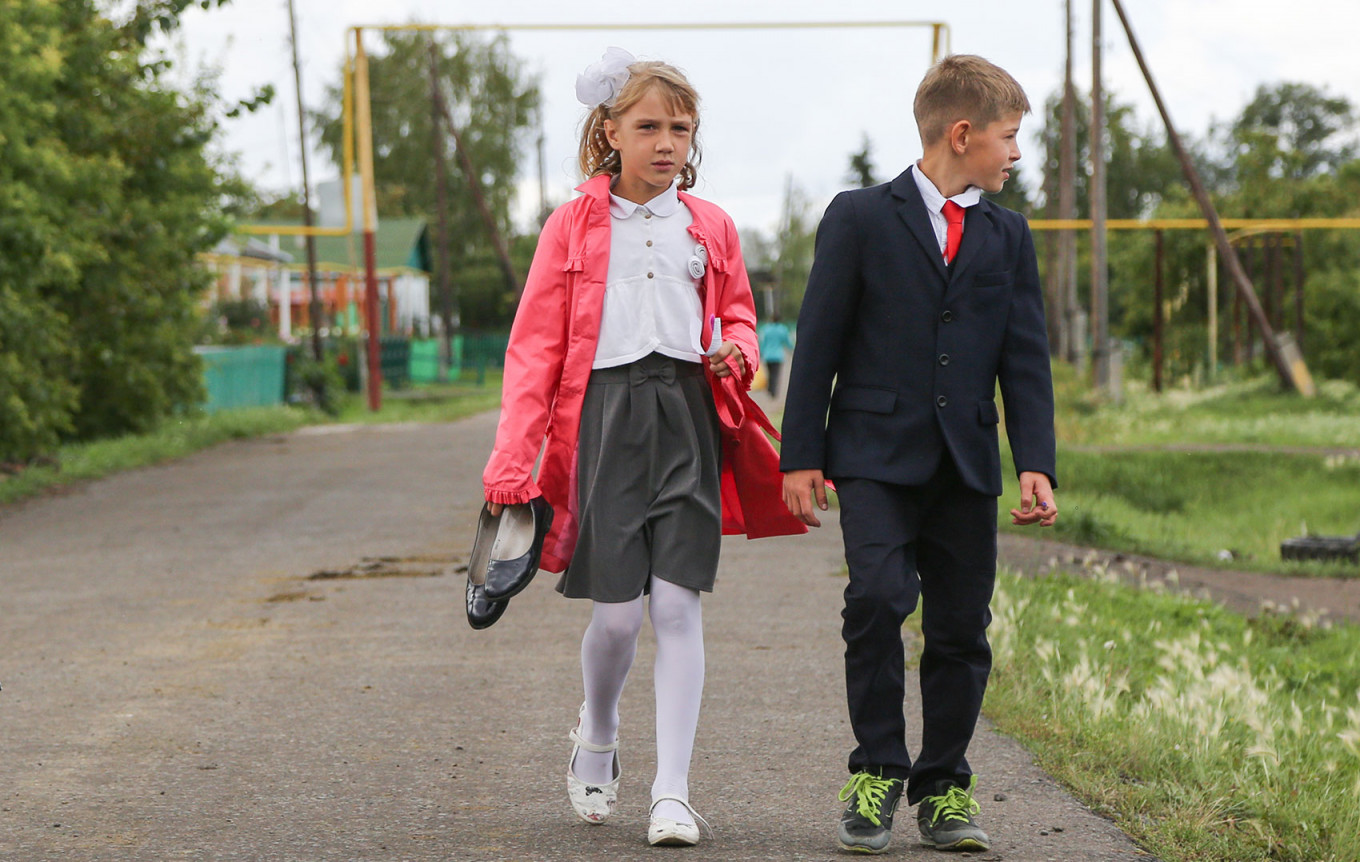 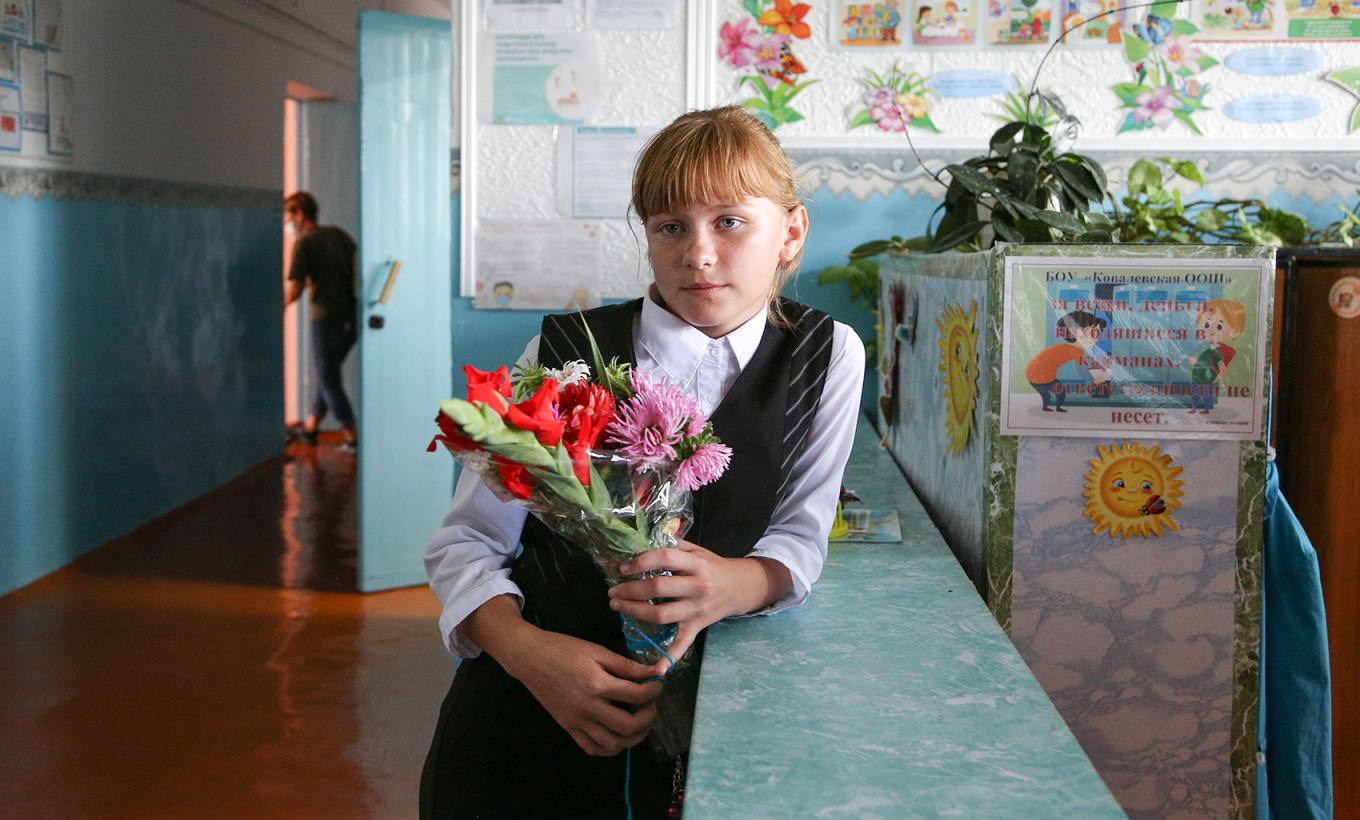 On this day, children typically dress up in their uniforms and bring presents like cards and bouquets of flowers to their teachers.

A girl before Day of Knowledge celebrations in the village of Kovalevo, Omsk region.
Yevgeny Sofiychuk / TASS 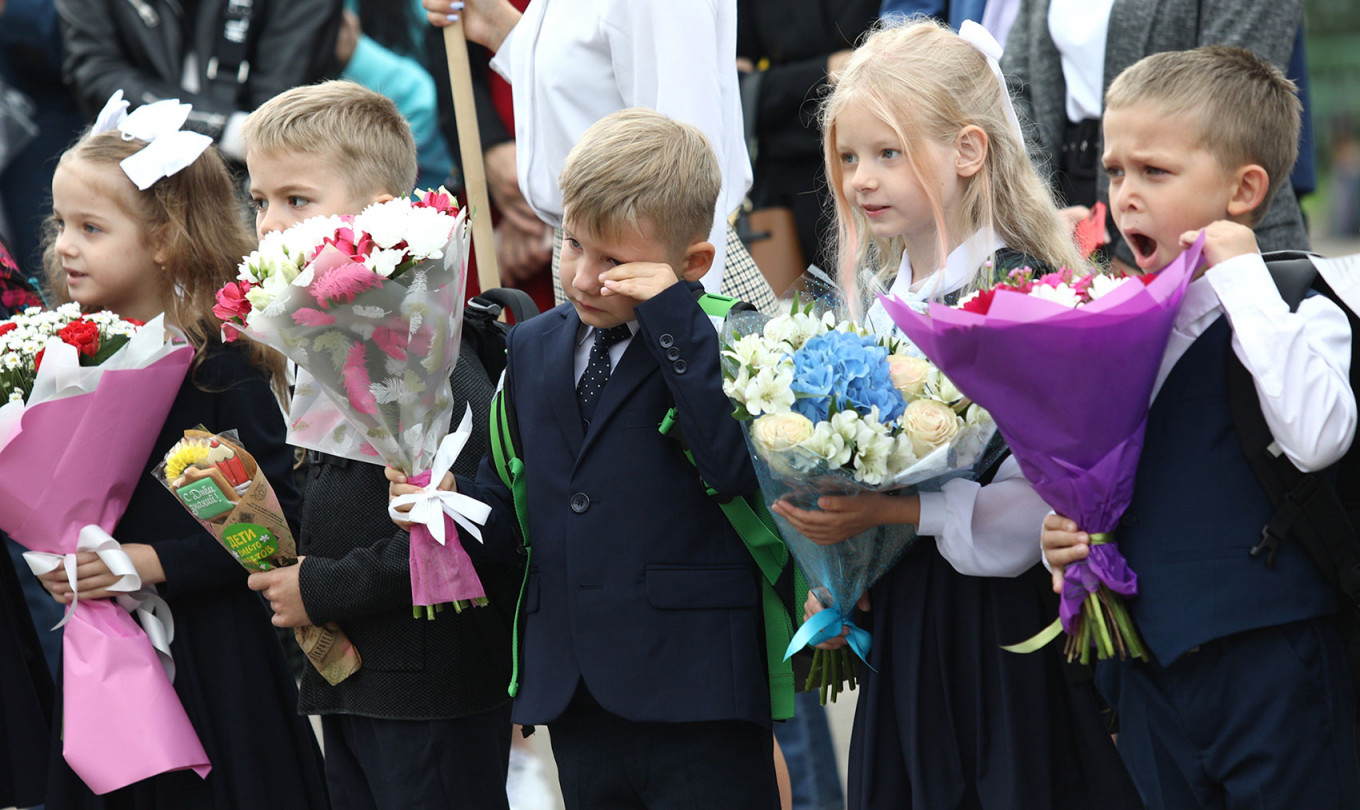 Due to Covid-19, every school in Moscow had to decide on its own whether to hold the traditional line-up ceremony usually held in gyms or school yards. Most schools allowed the ceremony, but only for first-graders and final-year students.
Kirill Zykov / Moskva News Agency 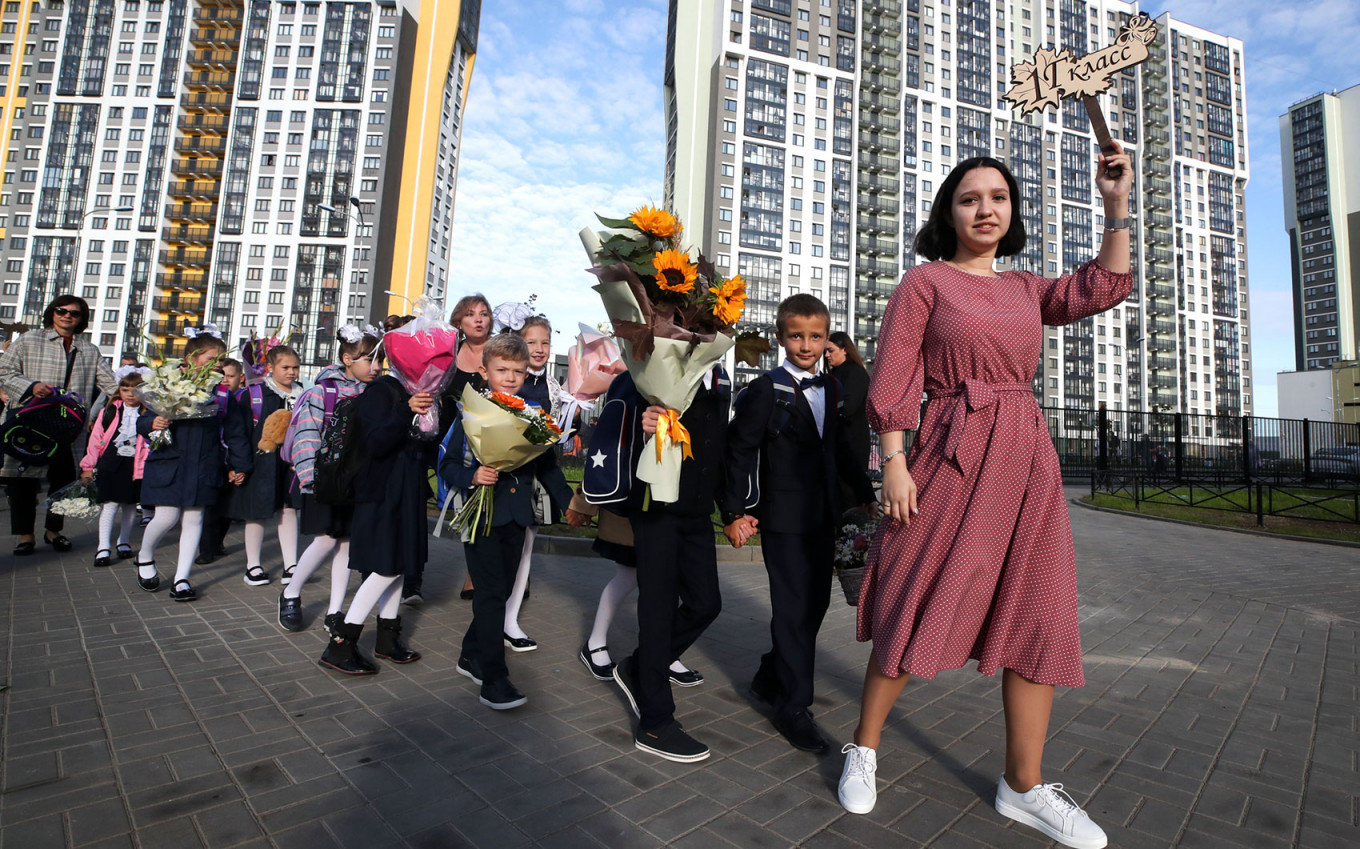 A teacher leads her first-grade students ahead of Day of Knowledge celebrations at a school in St. Petersburg's Primorsky District.
Alexander Demyanchuk / TASS 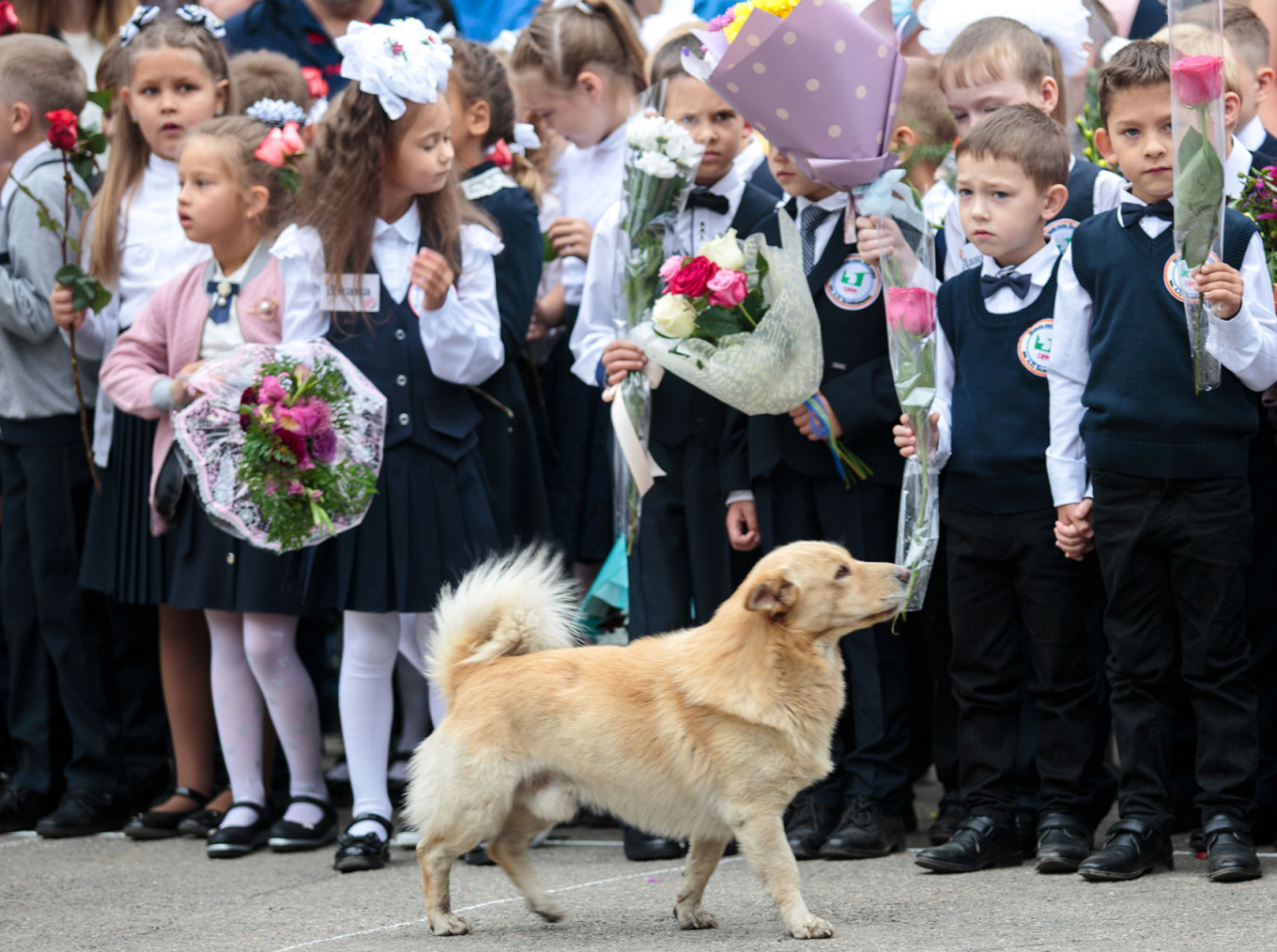 First-year students line up in the village of Baklashi in Siberia's Irkutsk region.
Alexei Kushnirenko / TASS 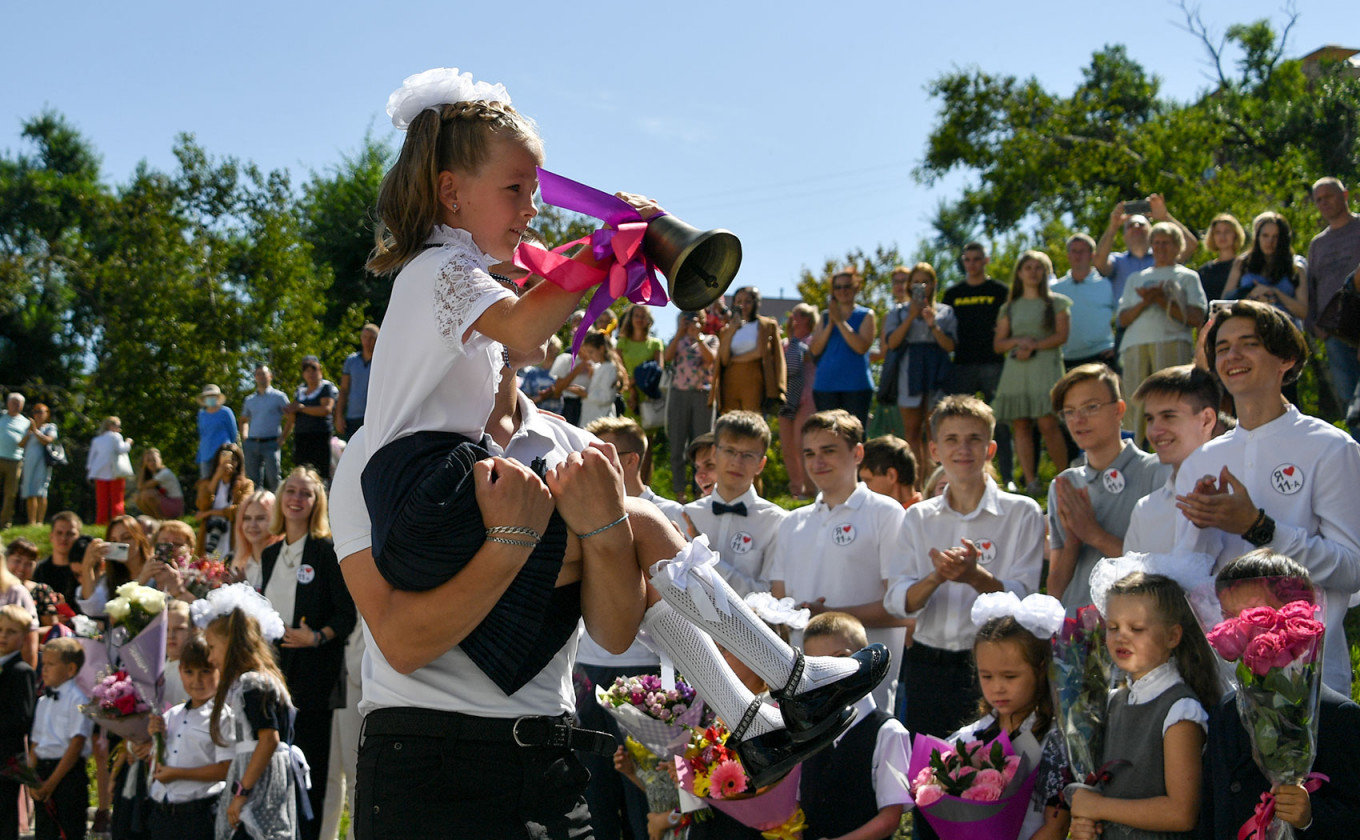 A student in Vladivostok rings a bell.

During the annual line-up ceremony, the school's headmaster gives a speech, which is typically followed with the Pervy Zvonok, or first bell.
Yuri Smityuk / TASS 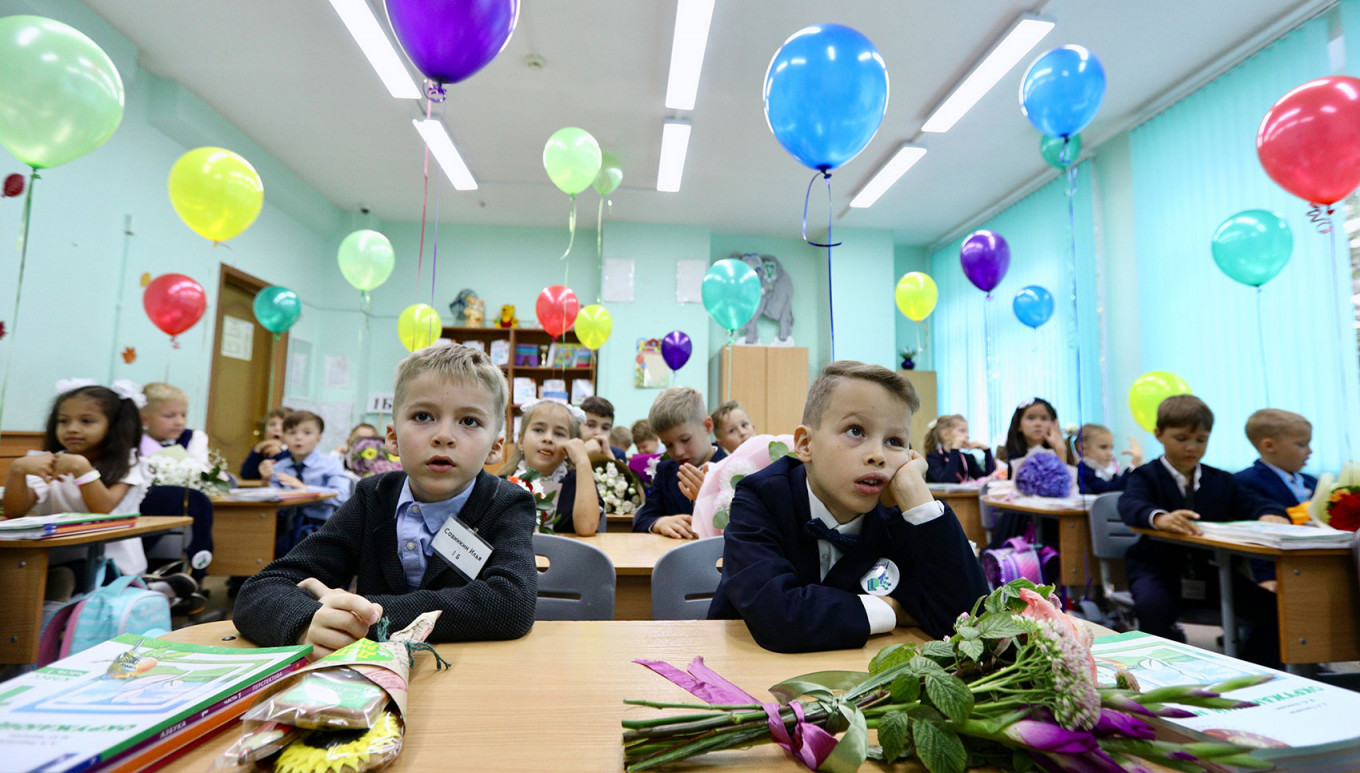 Some 114,000 first-graders are starting school in Moscow this year. For 95% of them, it will be a school close to their home.
Kirill Zykov / Moskva News Agency 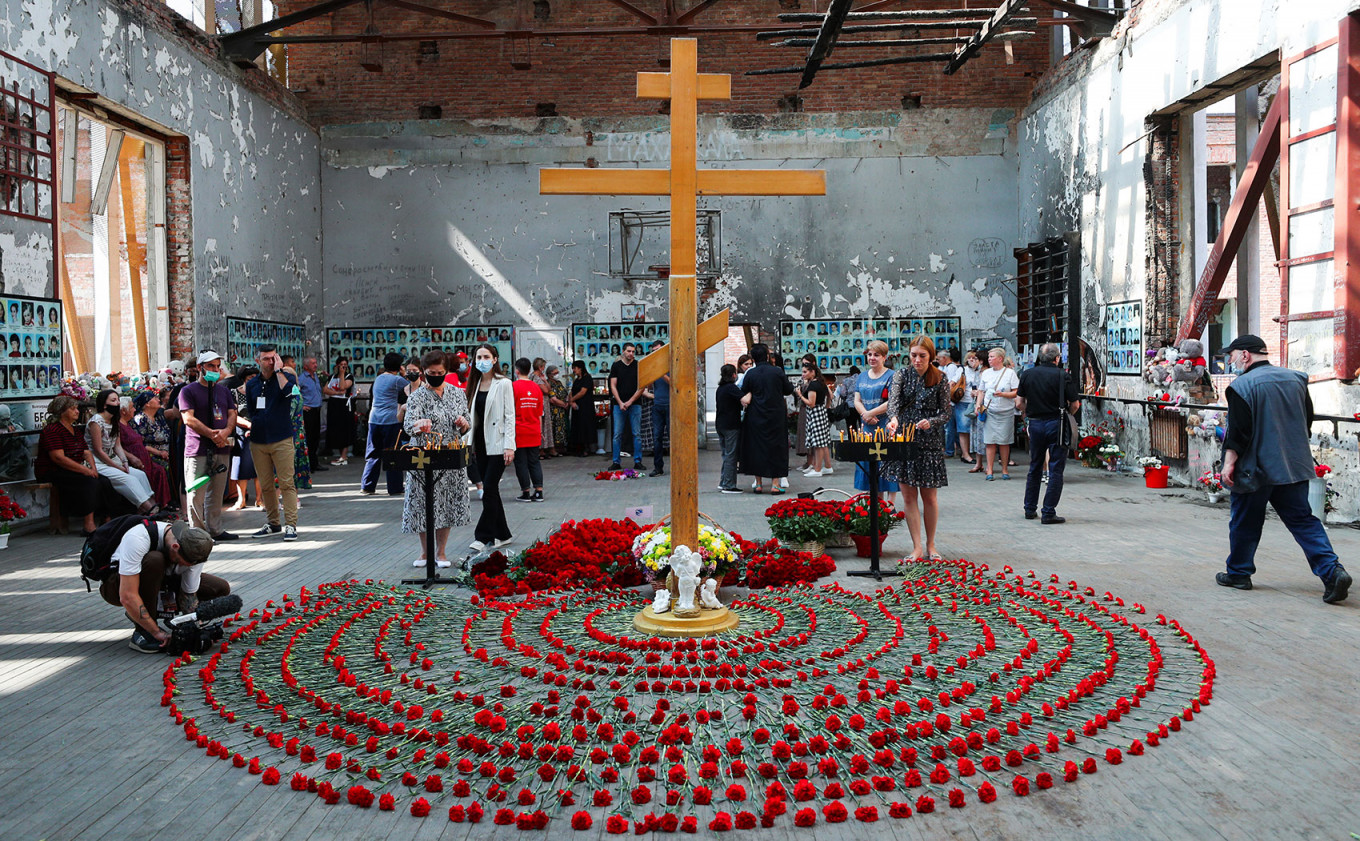 People returned to the old Beslan School No. 1 gymnasium to remember the victims on the 17th anniversary of the terrorist attack.
Erik Romanenko / TASS 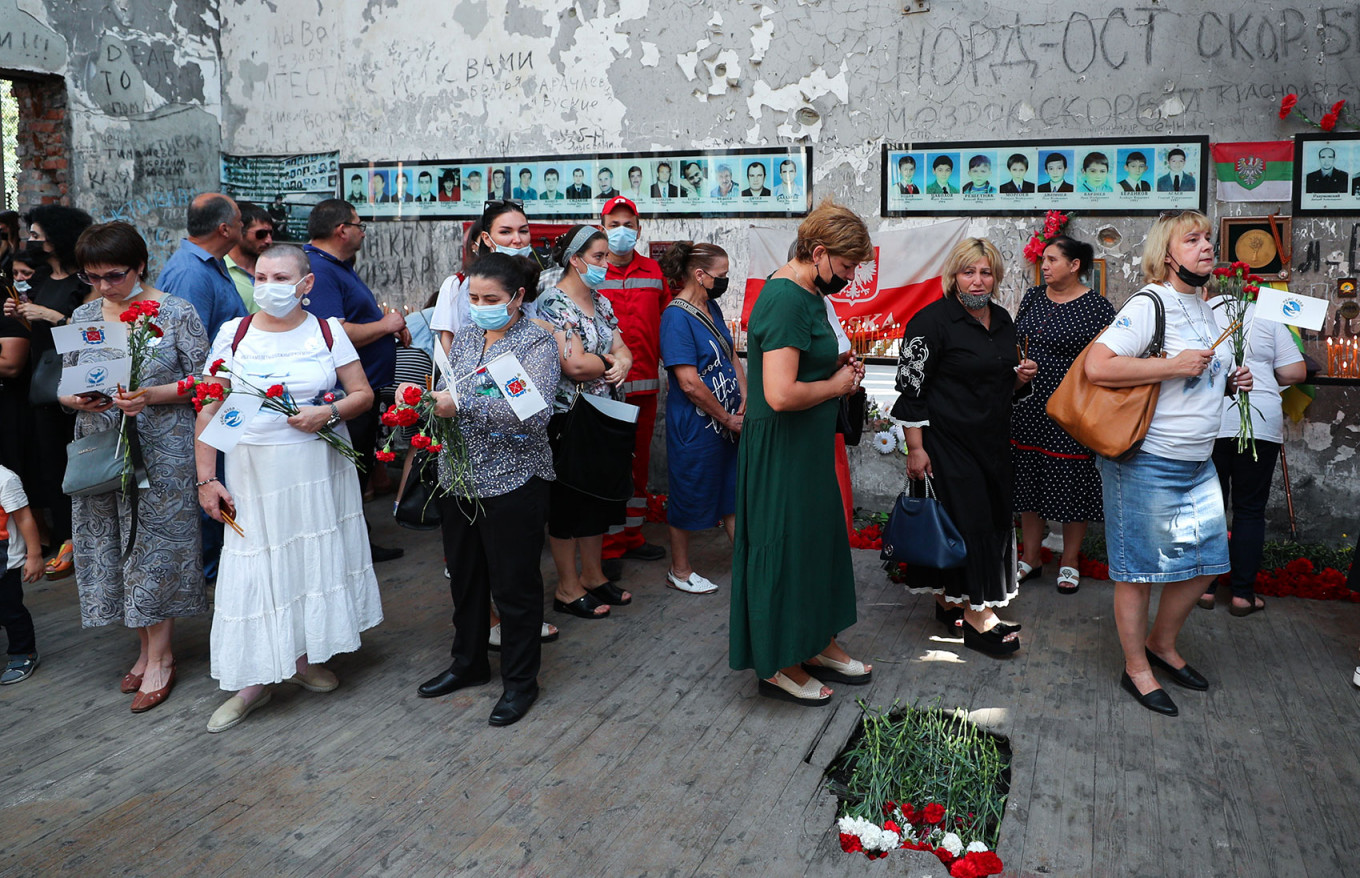 The Beslan school siege is considered to be the deadliest school shooting in human history.
Erik Romanenko / TASS
Read more about: Education , Children