Here's a look at this year's celebrations: 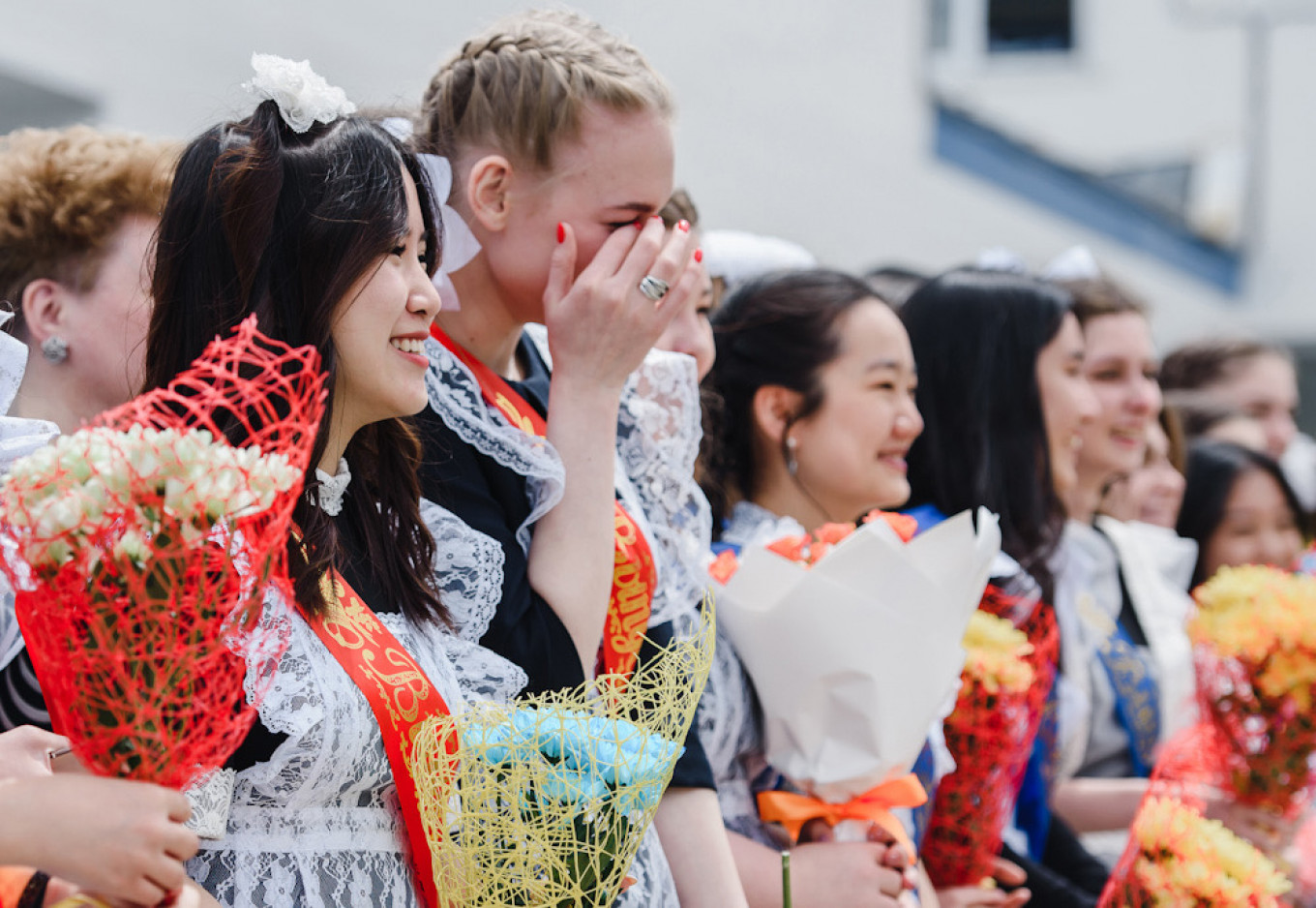 It's all a bit too much for one student in the Russian far eastern city of Yuzhno-Sakhalinsk.
Nikolai Mikhalchenko / TASS 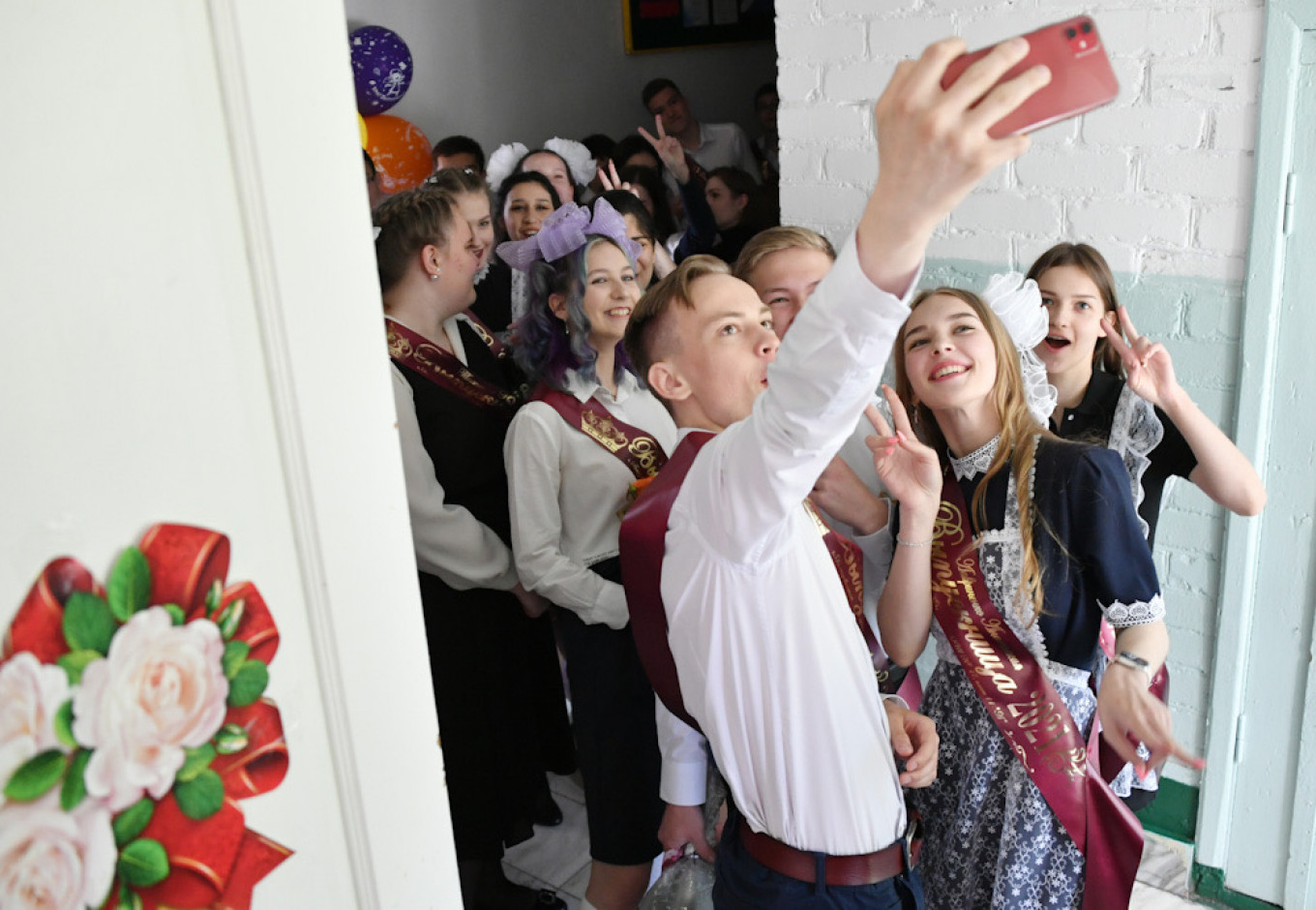 Students were allowed to gather in person this year after 2020's celebrations were moved online because of the pandemic.
Yury Smityuk / TASS 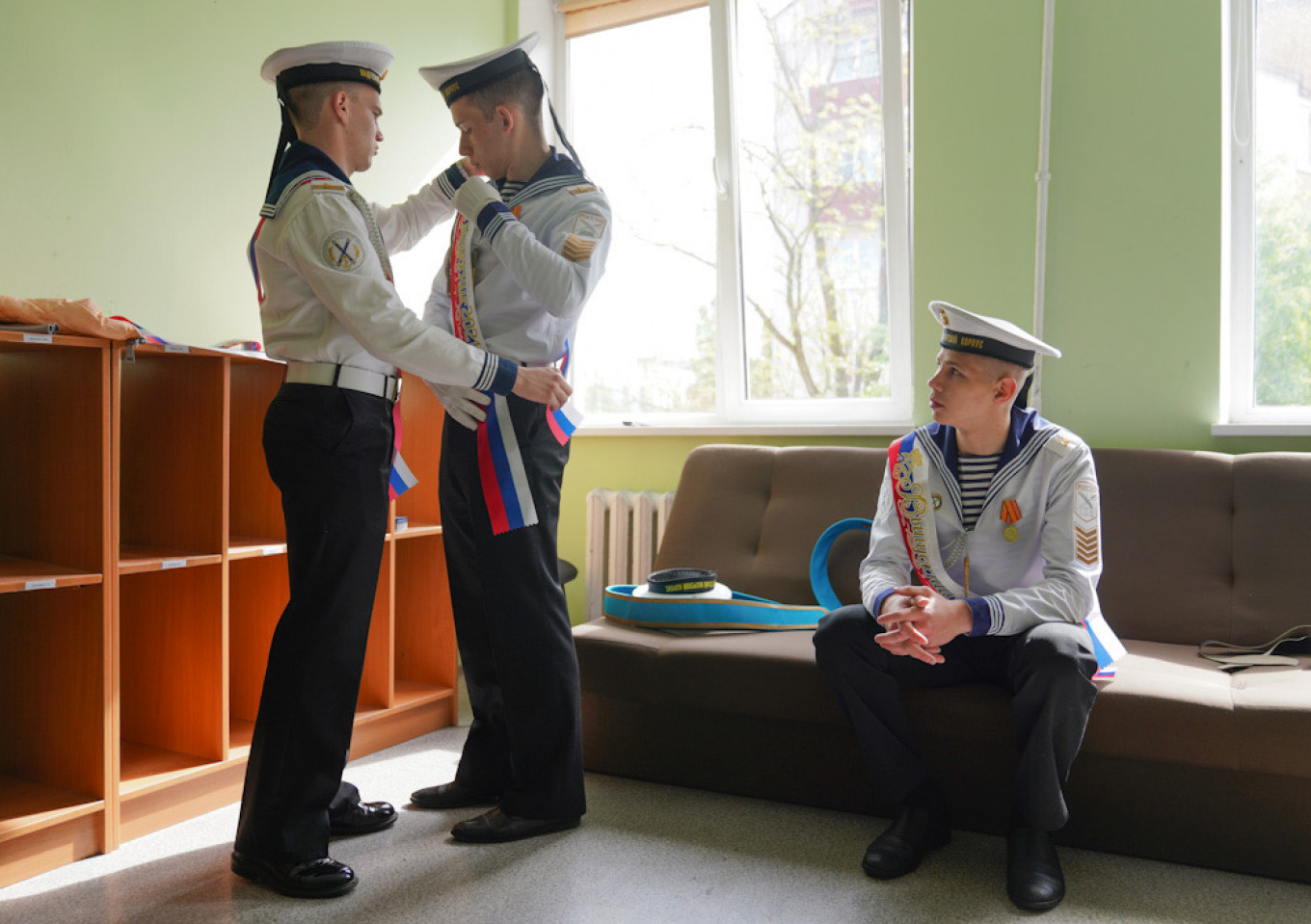 Adding the final touches to uniform in the Baltic exclave of Kaliningrad.
Vitaly Nevar / TASS 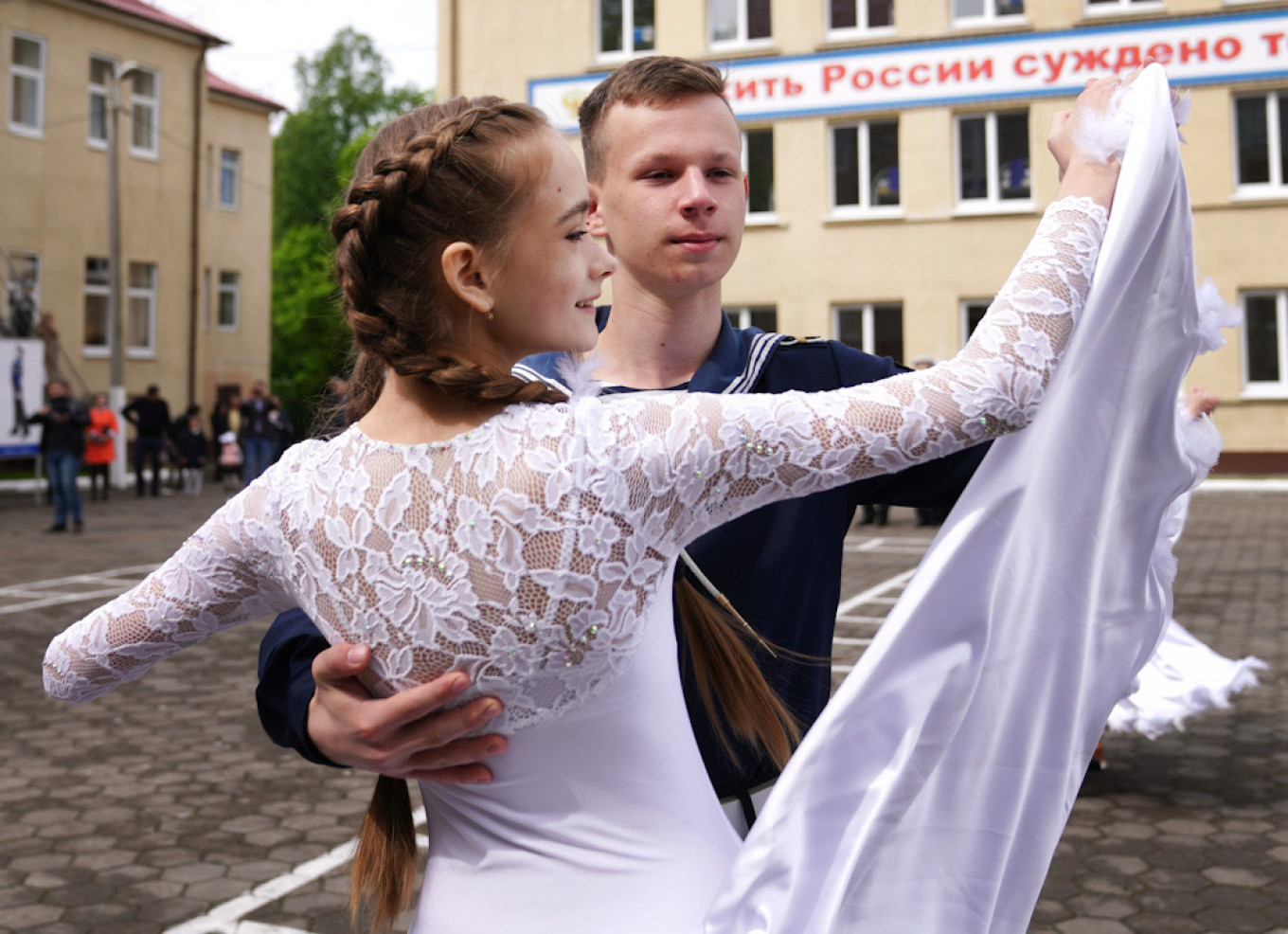 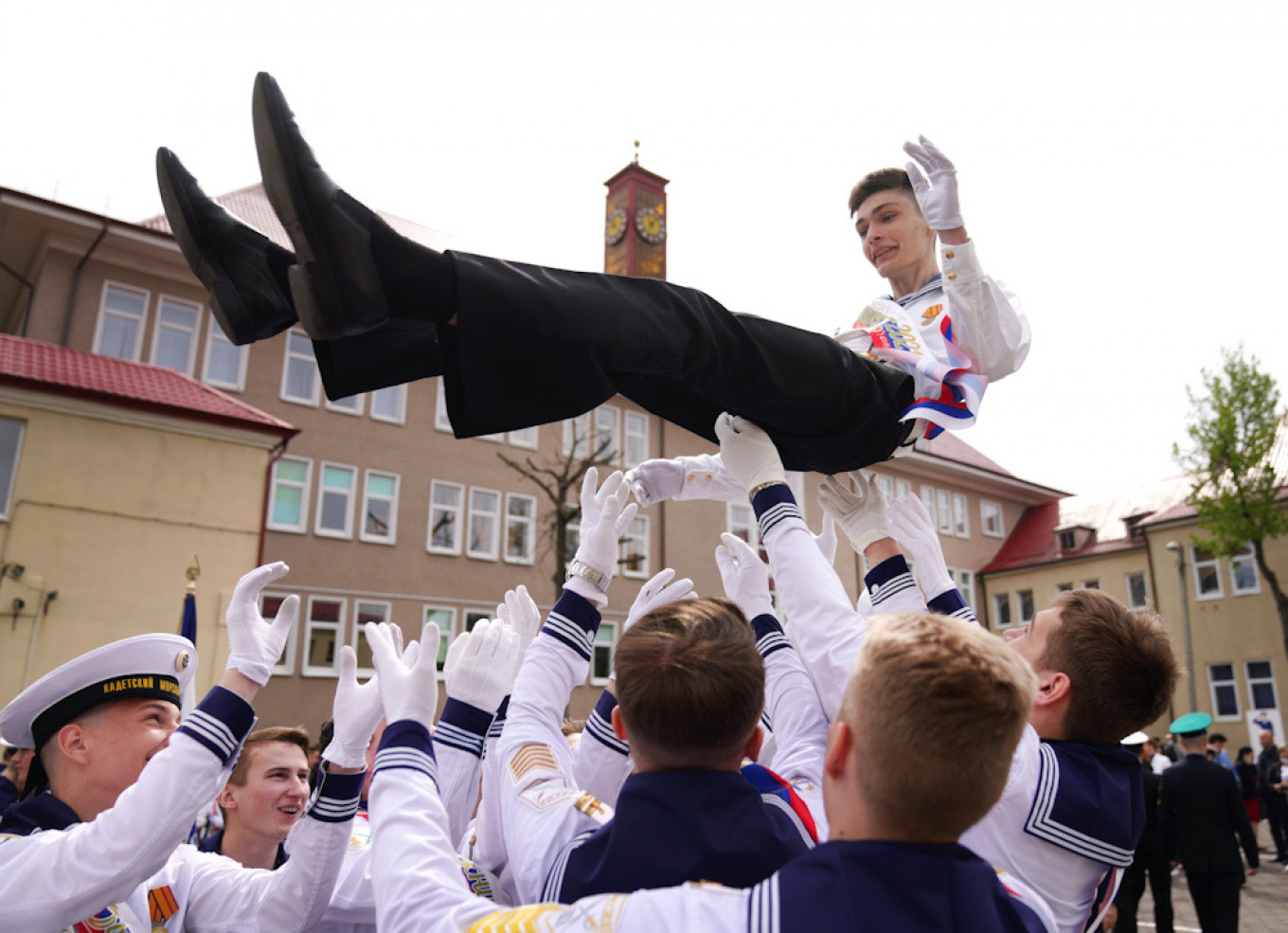 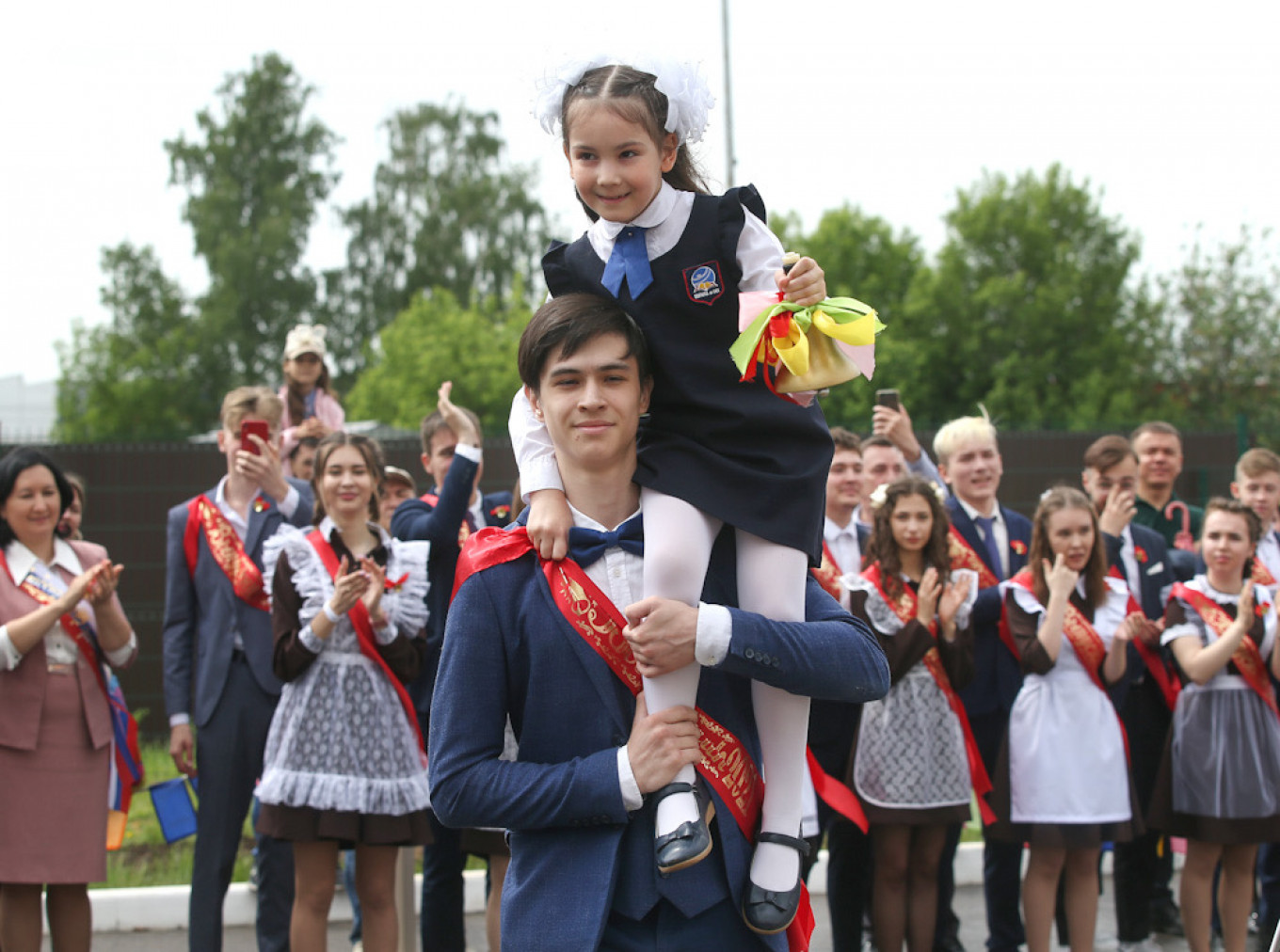 The years go by so fast.
Yegor Aleyev / TASS 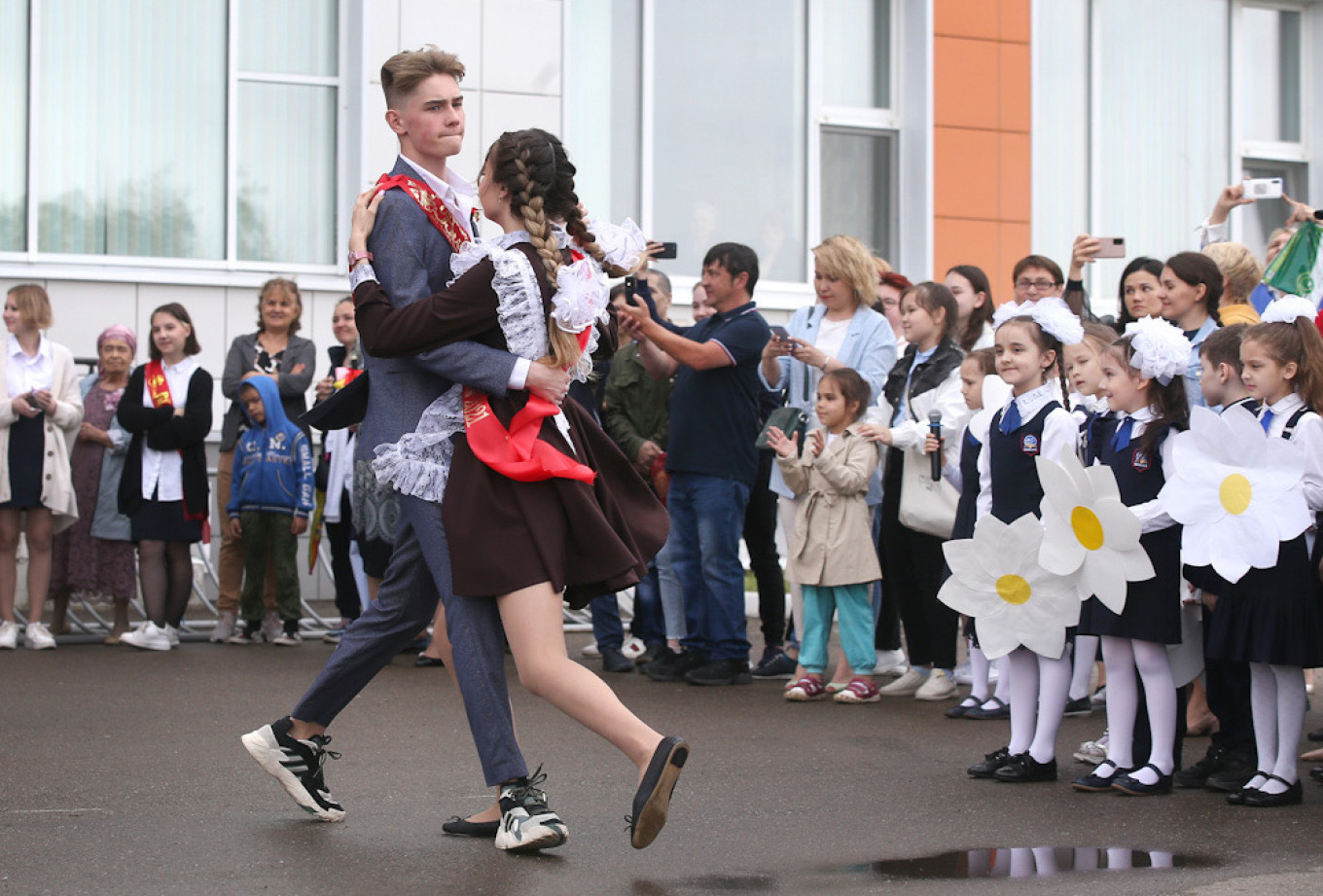 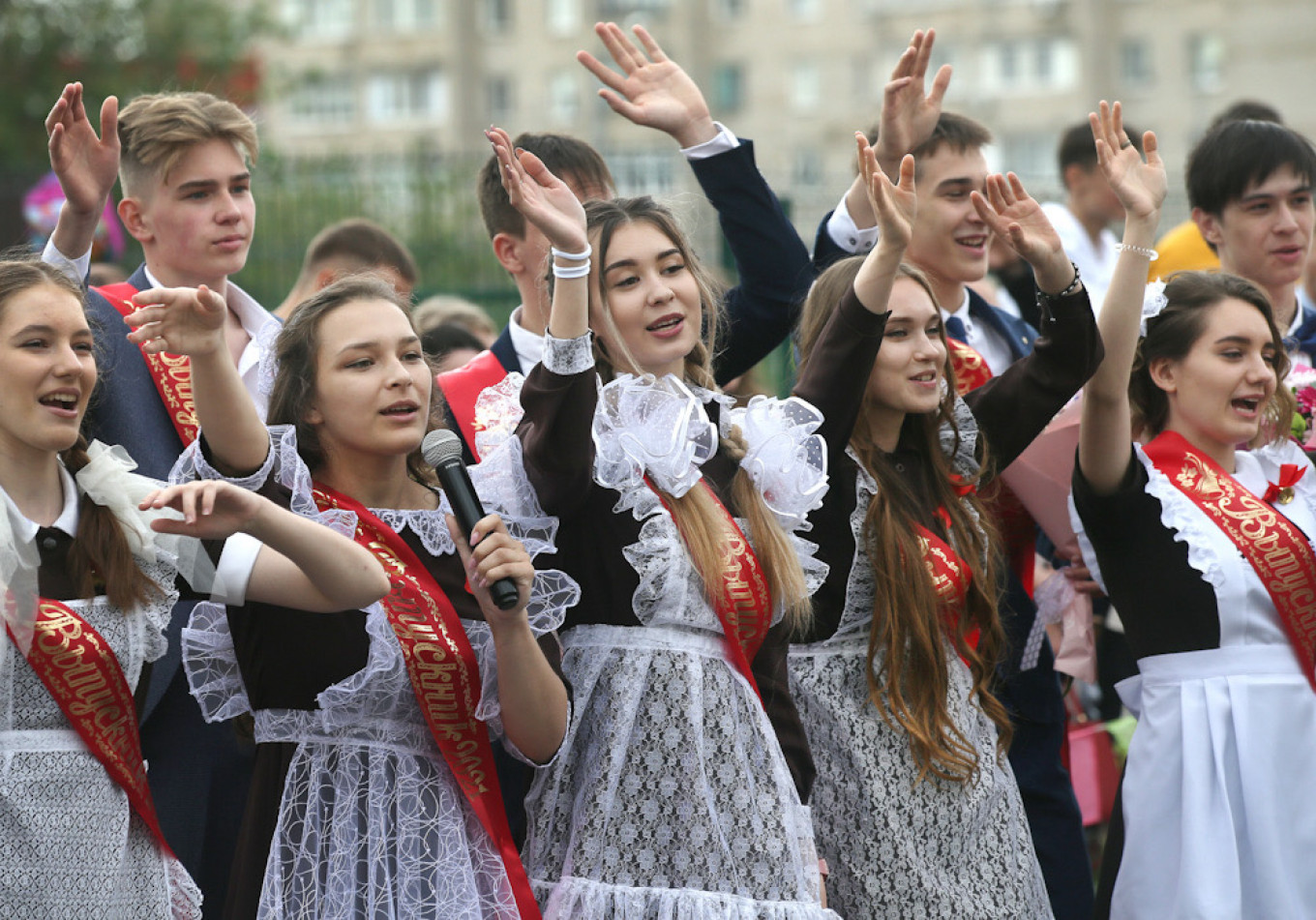 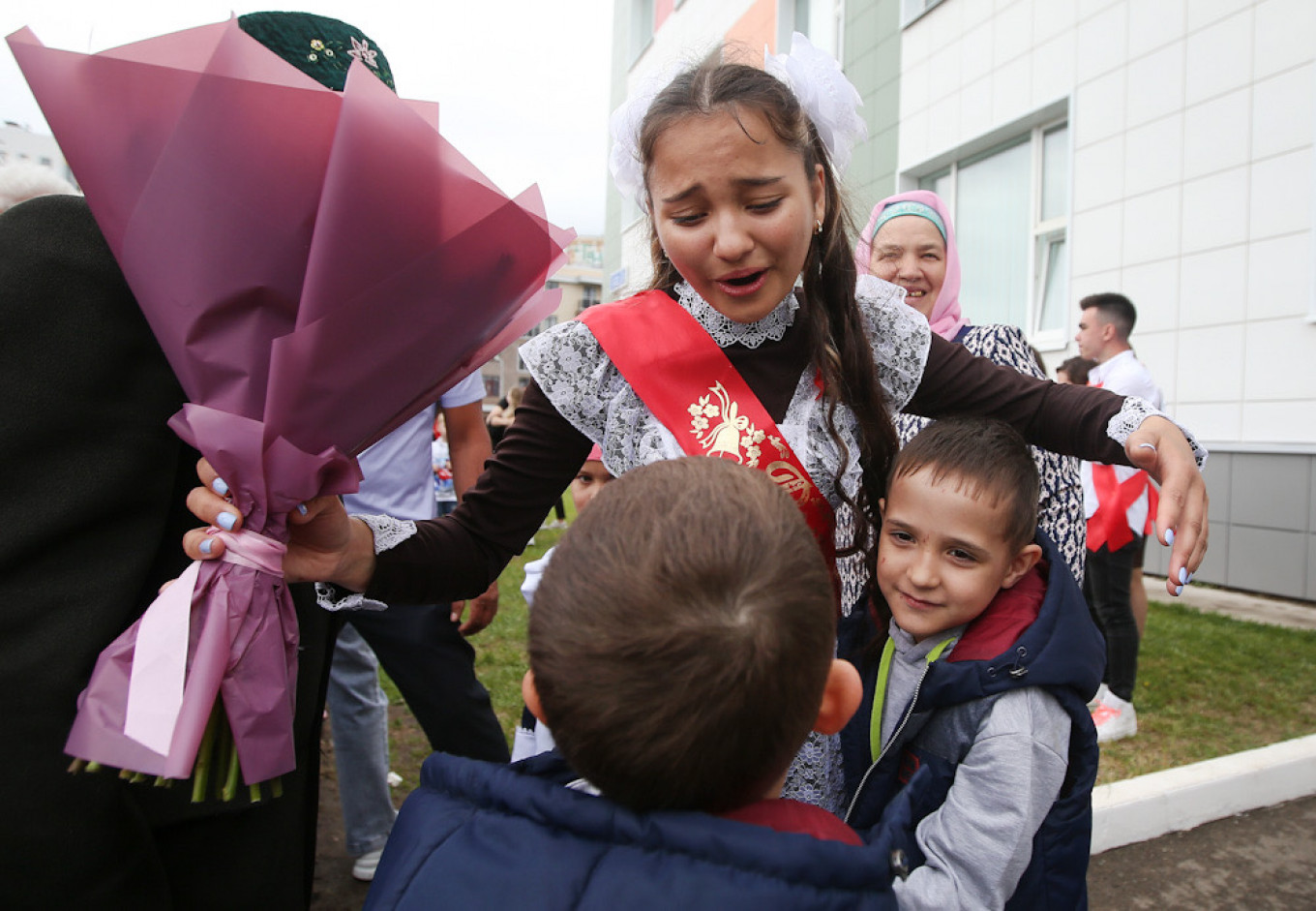 The last day of school is bittersweet.
Yegor Aleyev / TASS