Muslims across Russia celebrated Eid al-Fitr on Thursday, bringing the holy month of Ramadan to a close and marking the end of the traditional fasting that goes along with it.

With over 10 million believers across the country, or about 10% of its overall population, Russia's Muslim population is the largest in Europe. Eid al-Fitr, called Uraza Bayram in Russia, is a public holiday in the country's Muslim-majority republics.

Celebrations were muted for a second year in a row due to the Covid-19 pandemic, with worshippers in Moscow and St. Petersburg barred from attending prayer inside their cities' mosques.

Here's a closer look at the Eid celebrations across Russia: 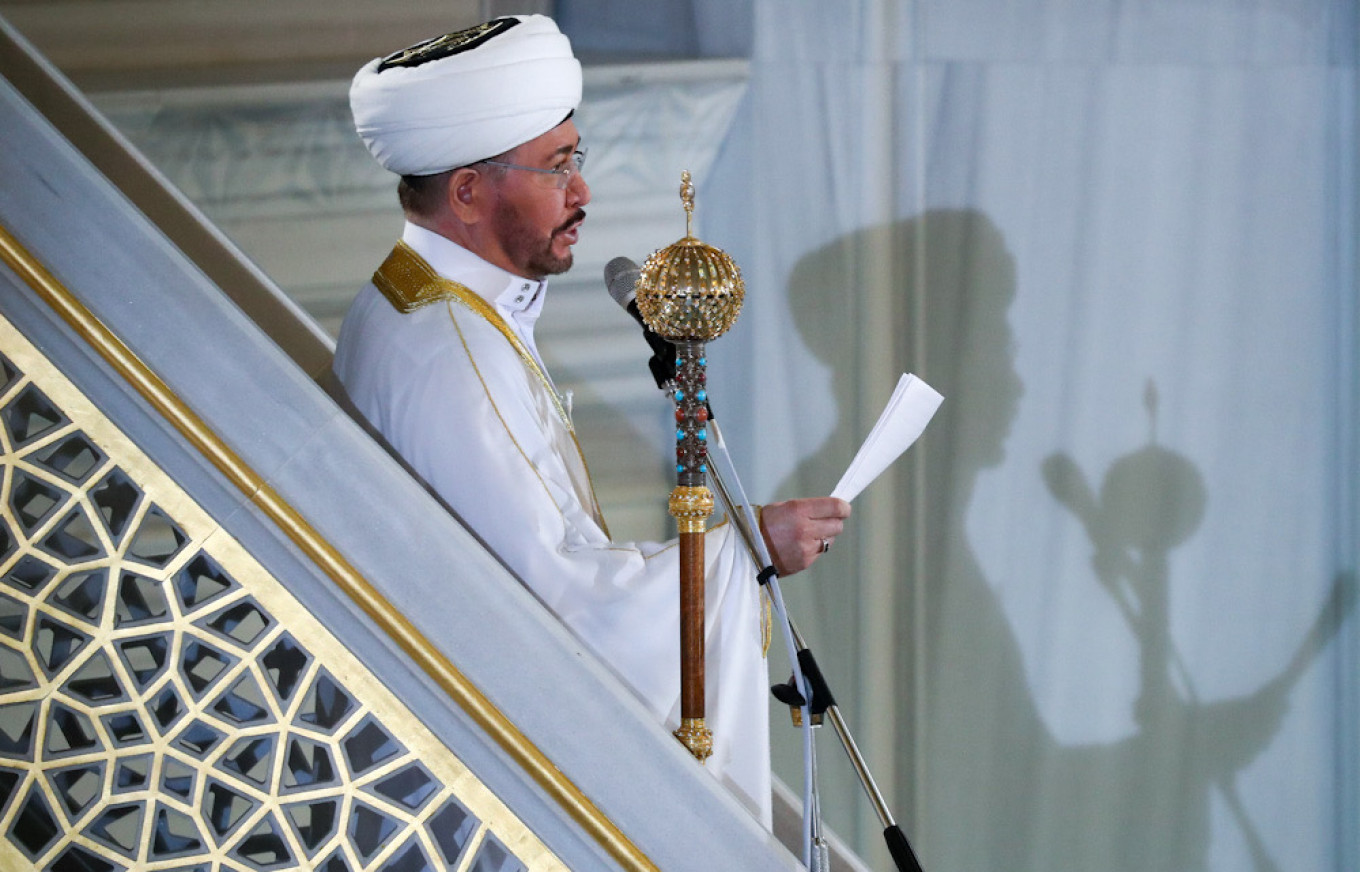 Mufti Ravil Gainutdin, chairman of the Muslim Spiritual Board in European Russia, conducts a prayer for Eid al-Fitr at the Moscow Cathedral Mosque.
Mikhail Tereschenko / TASS 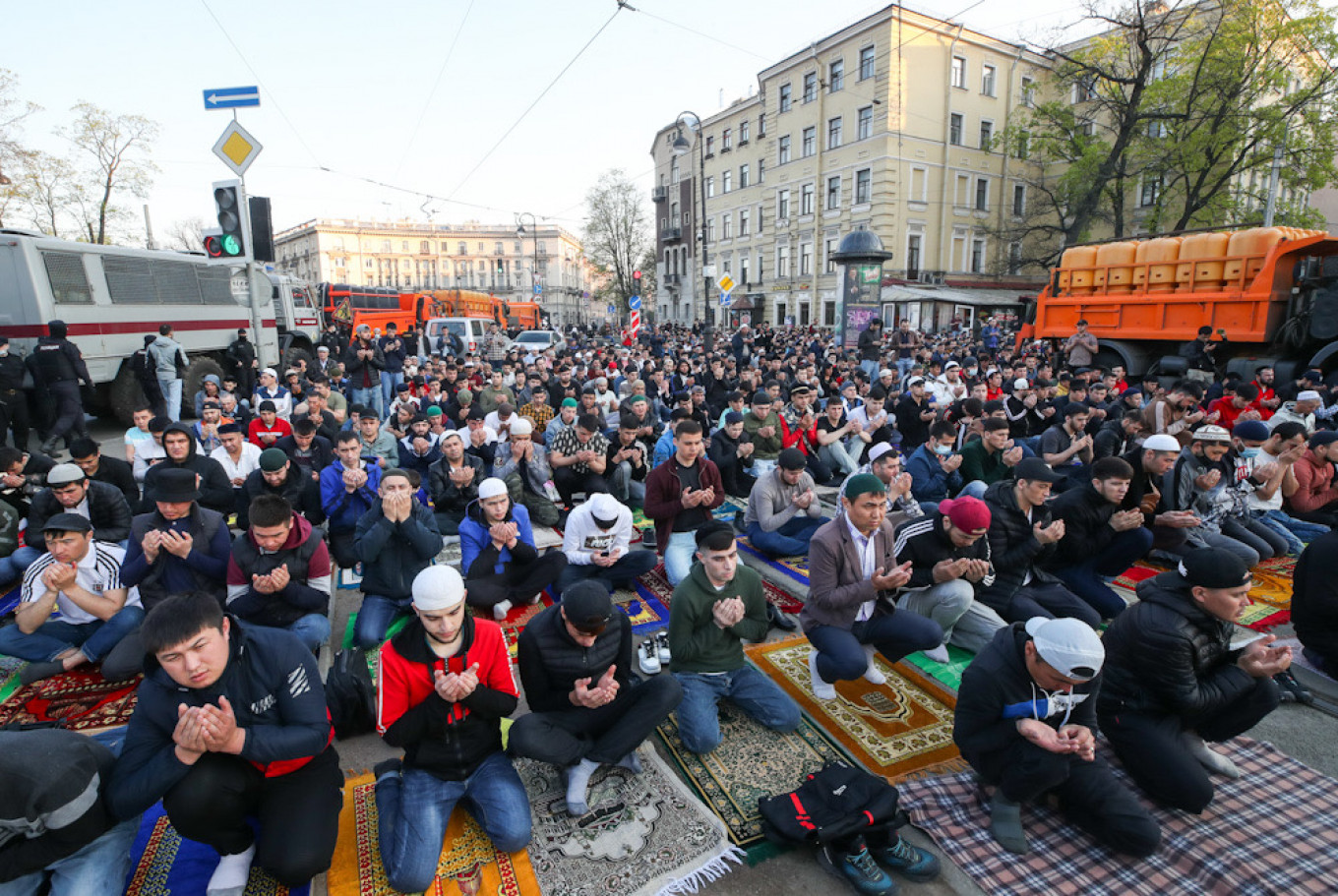 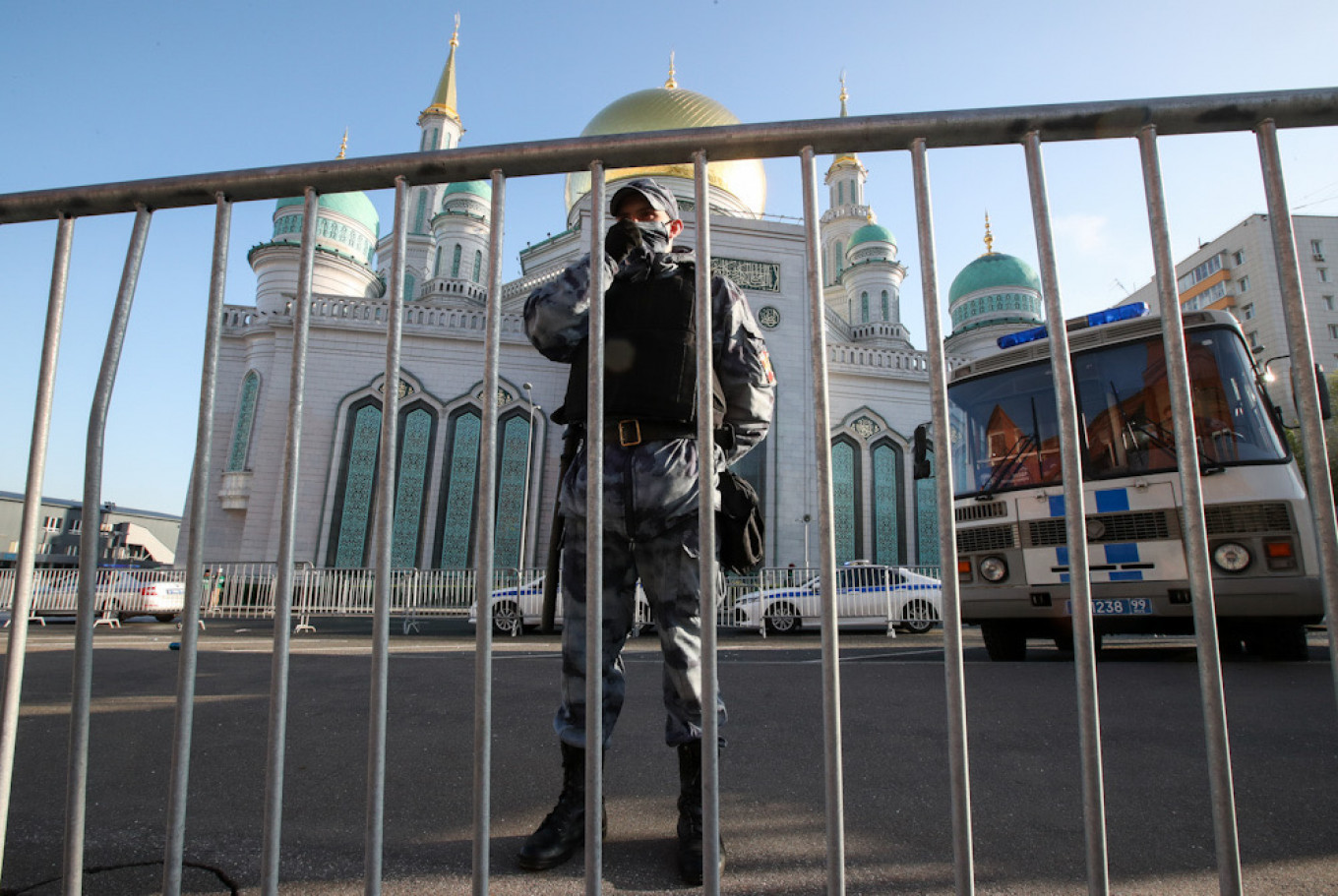 This year, only members of Russia's Muslim Spiritual Directorate and Muslim clerics were permitted to take part in prayers, with worshippers asked to stay home and watch a livestream of the service.
Sergei Karpukhin / TASS 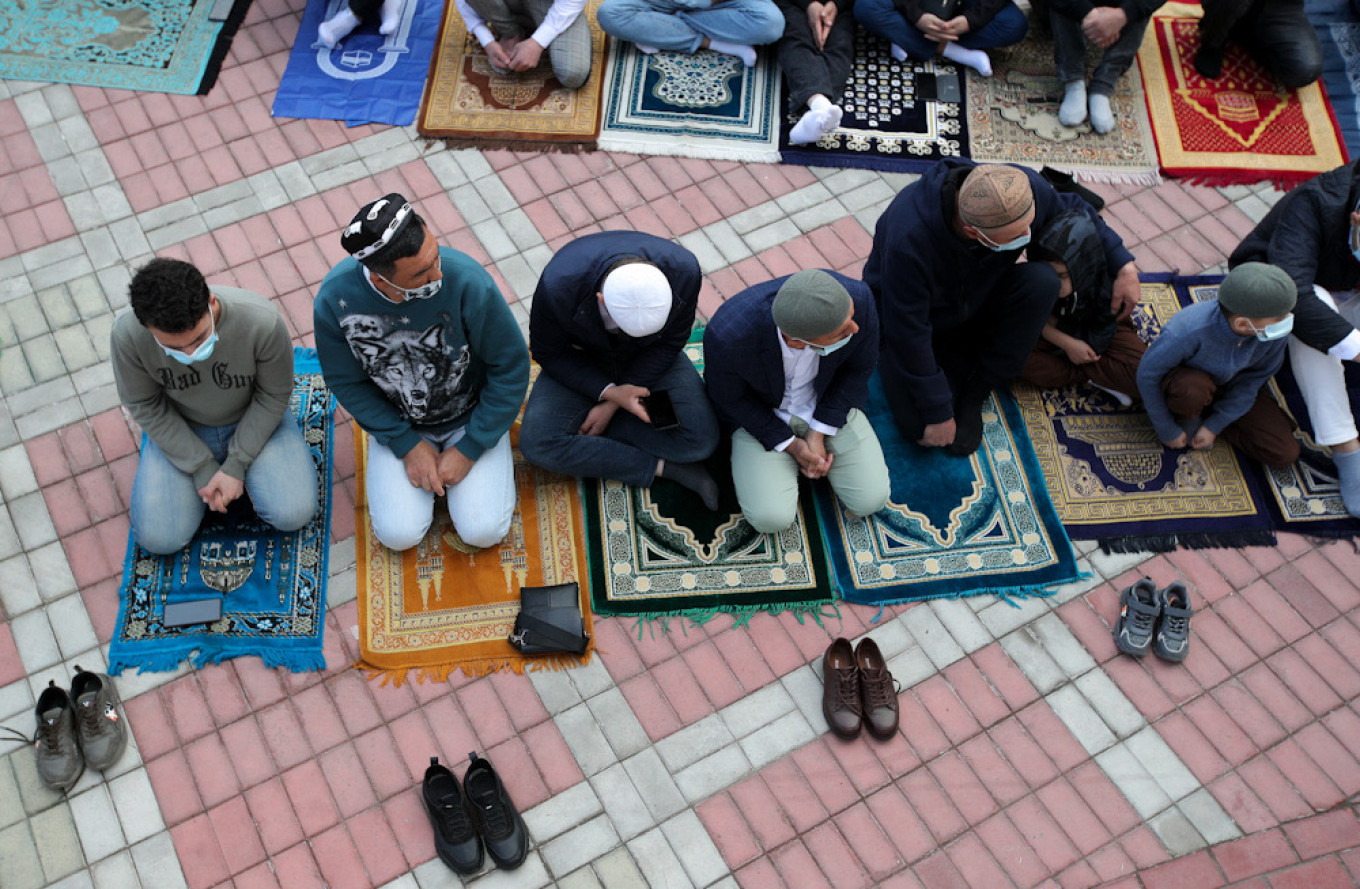 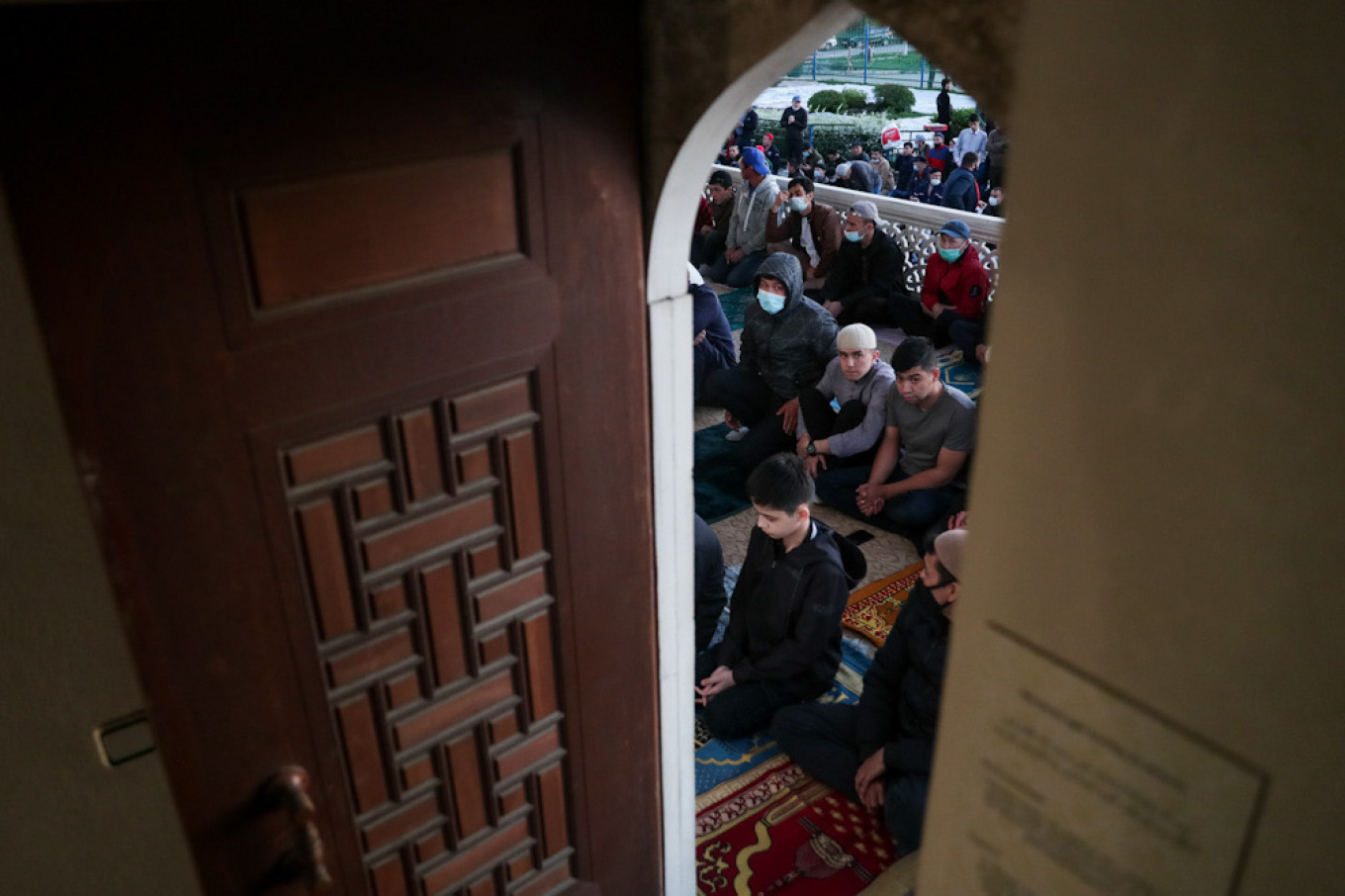 After the salat, or Islamic prayer, Muslims in Russia typically celebrate Eid al-Fitr with festive dishes, with regional delicacies like pancakes in Tatarstan.
Donat Sorokin / TASS 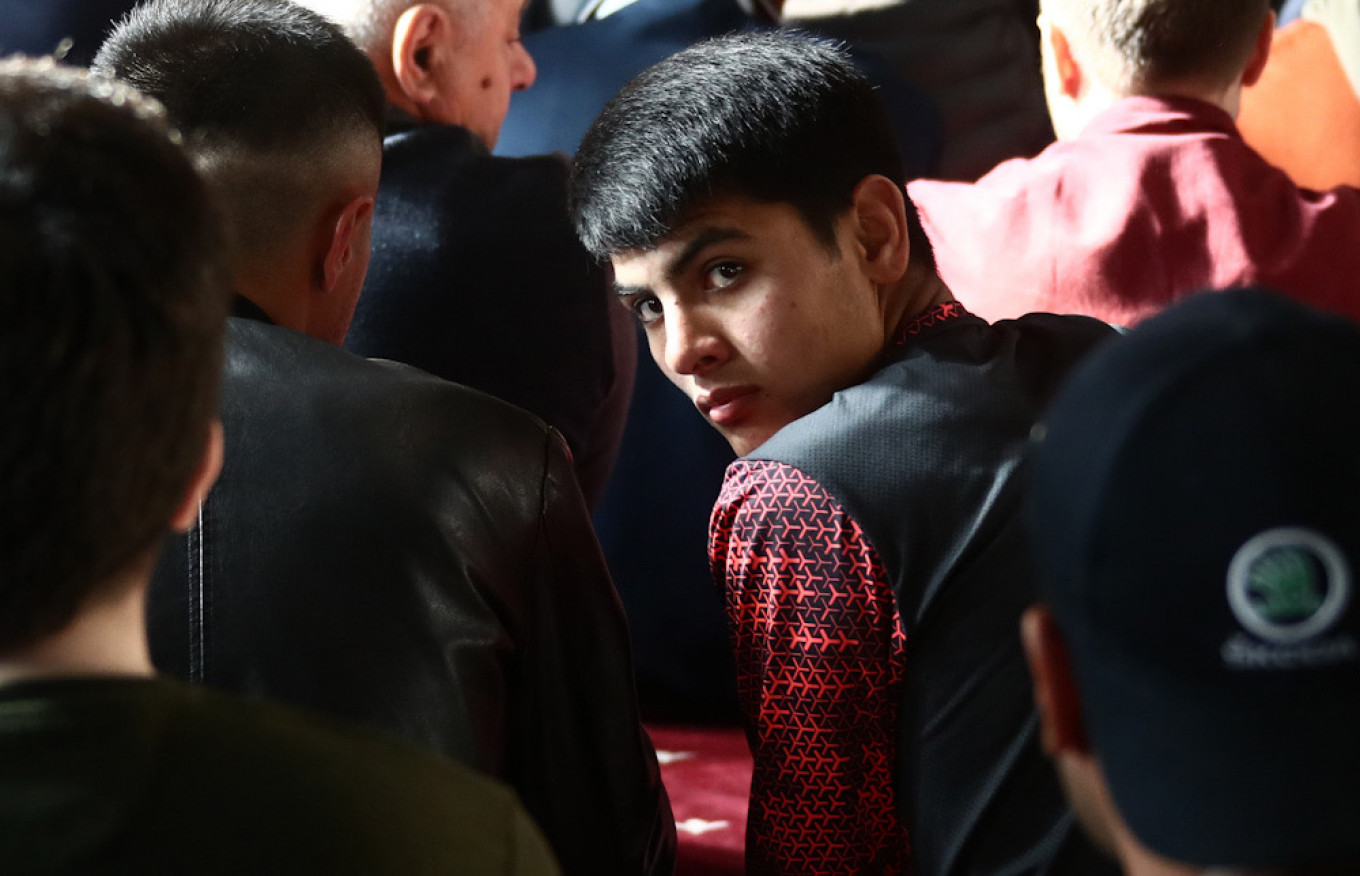 A prayer at the Mukhtarov Mosque in the Russian republic of North Ossetia's capital of Vladikavkaz.
Valery Sharifulin / TASS 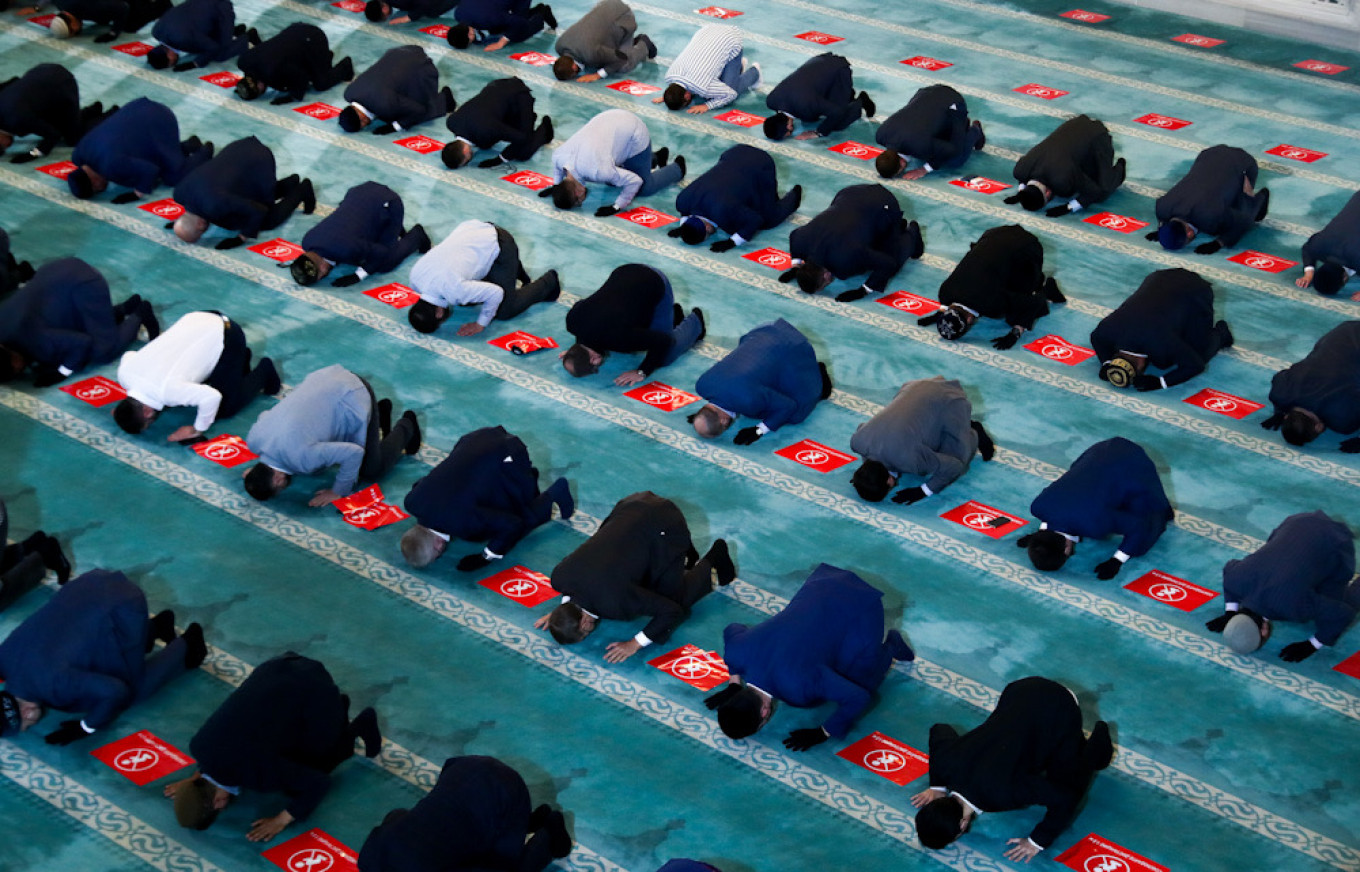 At the Moscow Cathedral Mosque, markings have been placed on the floor to help worshippers comply with social distancing.
Mikhail Tereschenko / TASS
Read more about: Religion , Muslims