The 44-year-old opposition leader flew back to Moscow after spending several months in Germany recovering from a poisoning attack that he said was carried out on the orders of President Vladimir Putin.

Amid heavy police presence, hundreds of his supporters gathered at Moscow's Vnukovo Airport, only to be told his flight had been diverted to the city's Sheremetyevo Airport some 50 kilometers away. 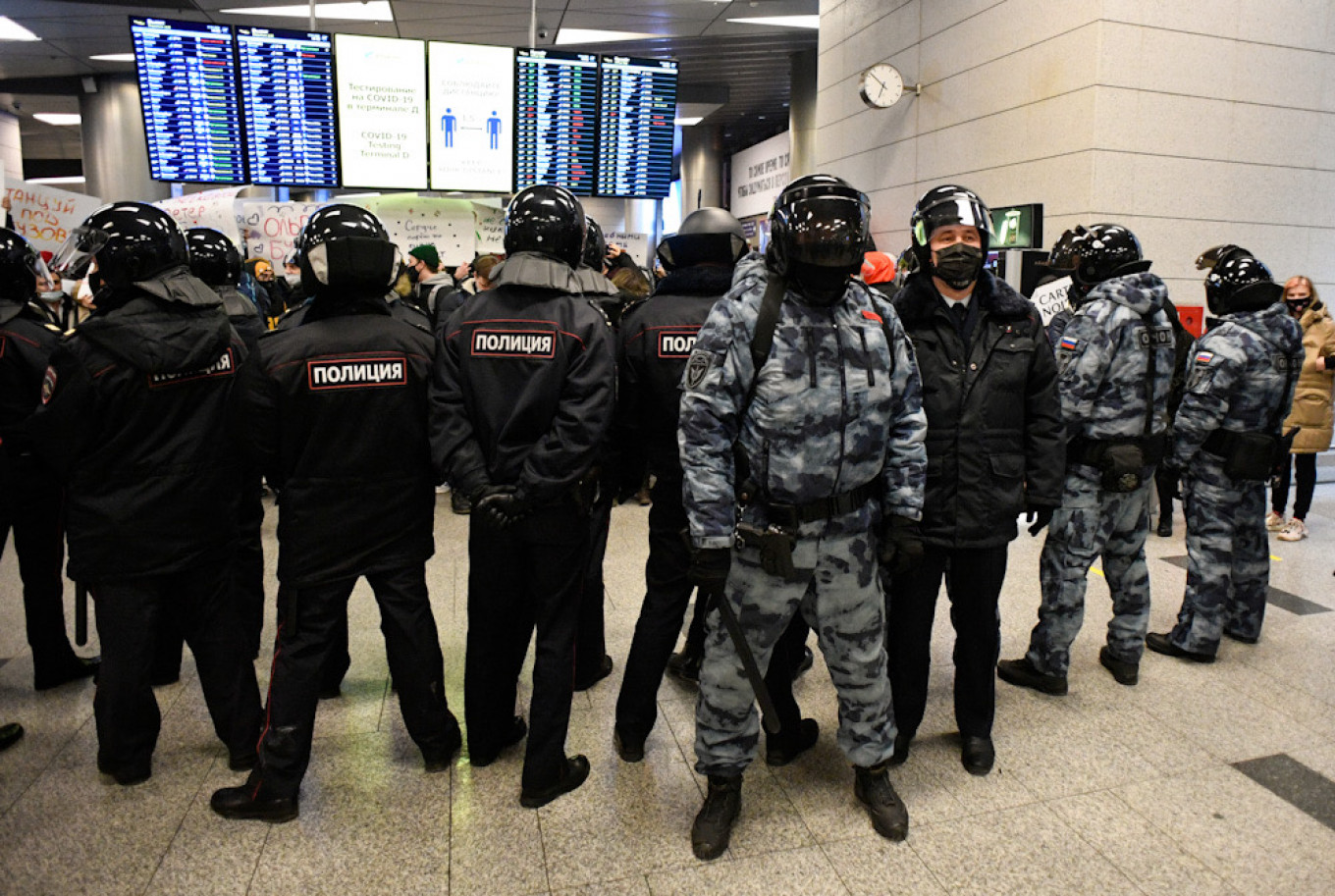 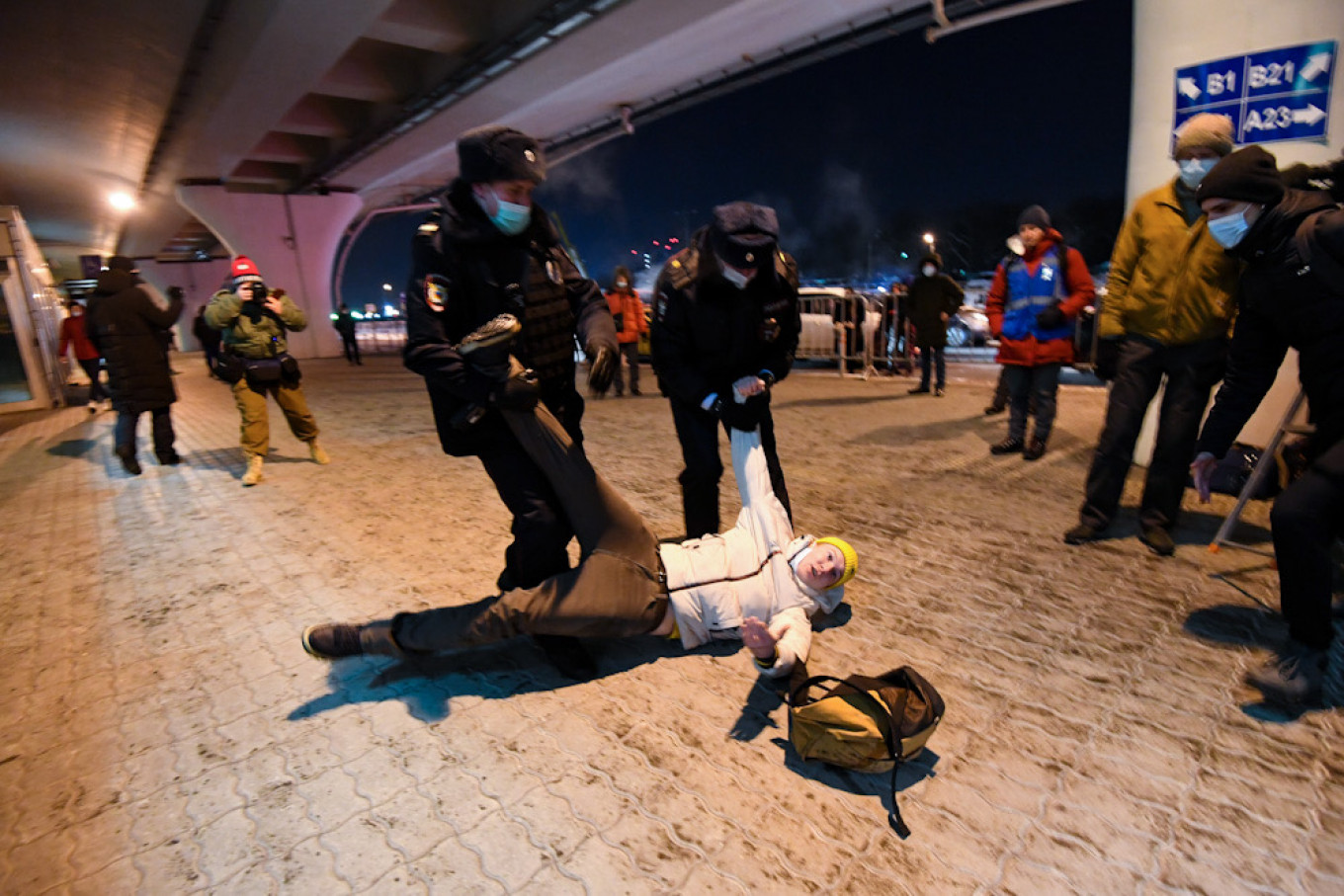 A number of Navalny's supporters were detained.
Natalia Kolesnikova / AFP 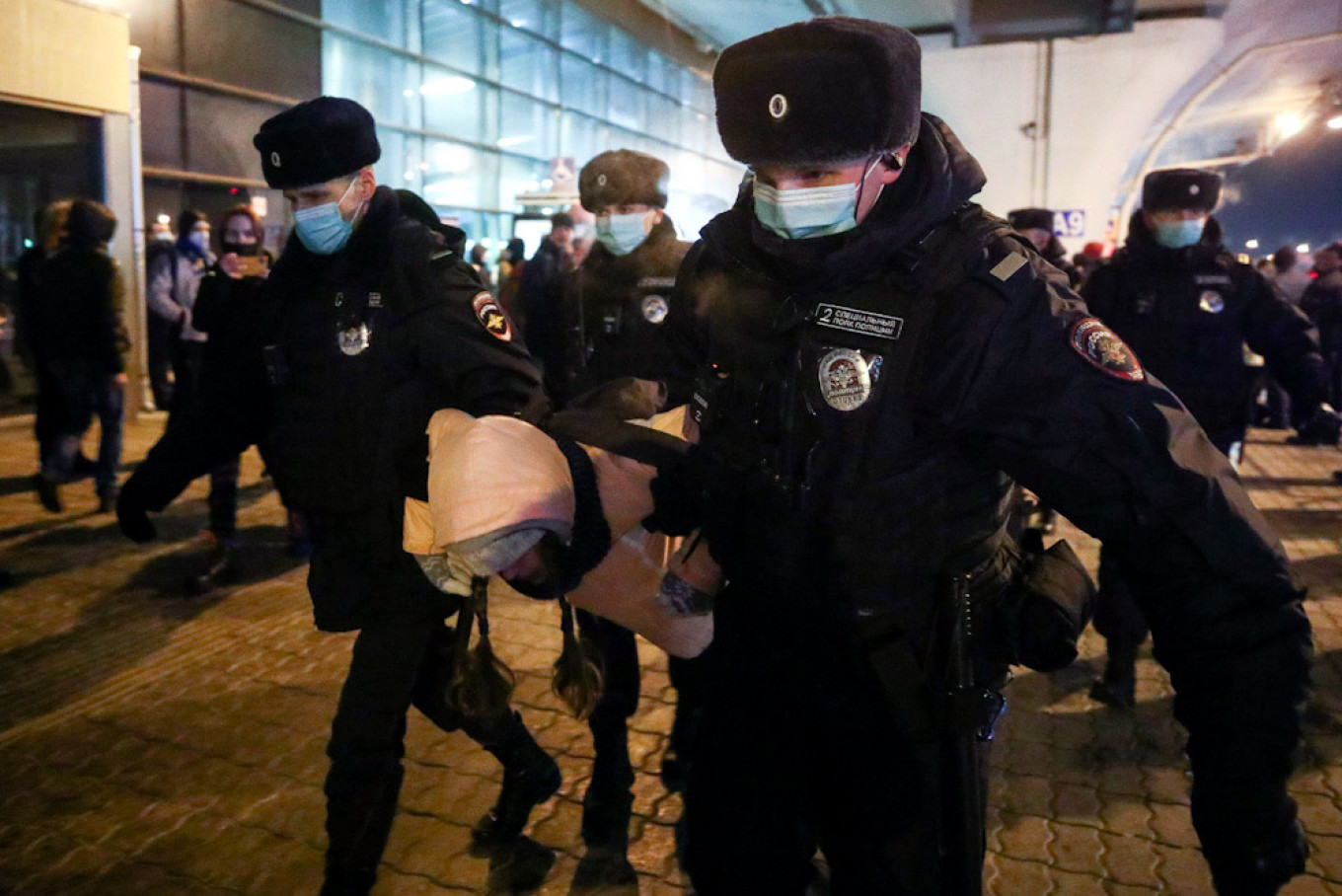 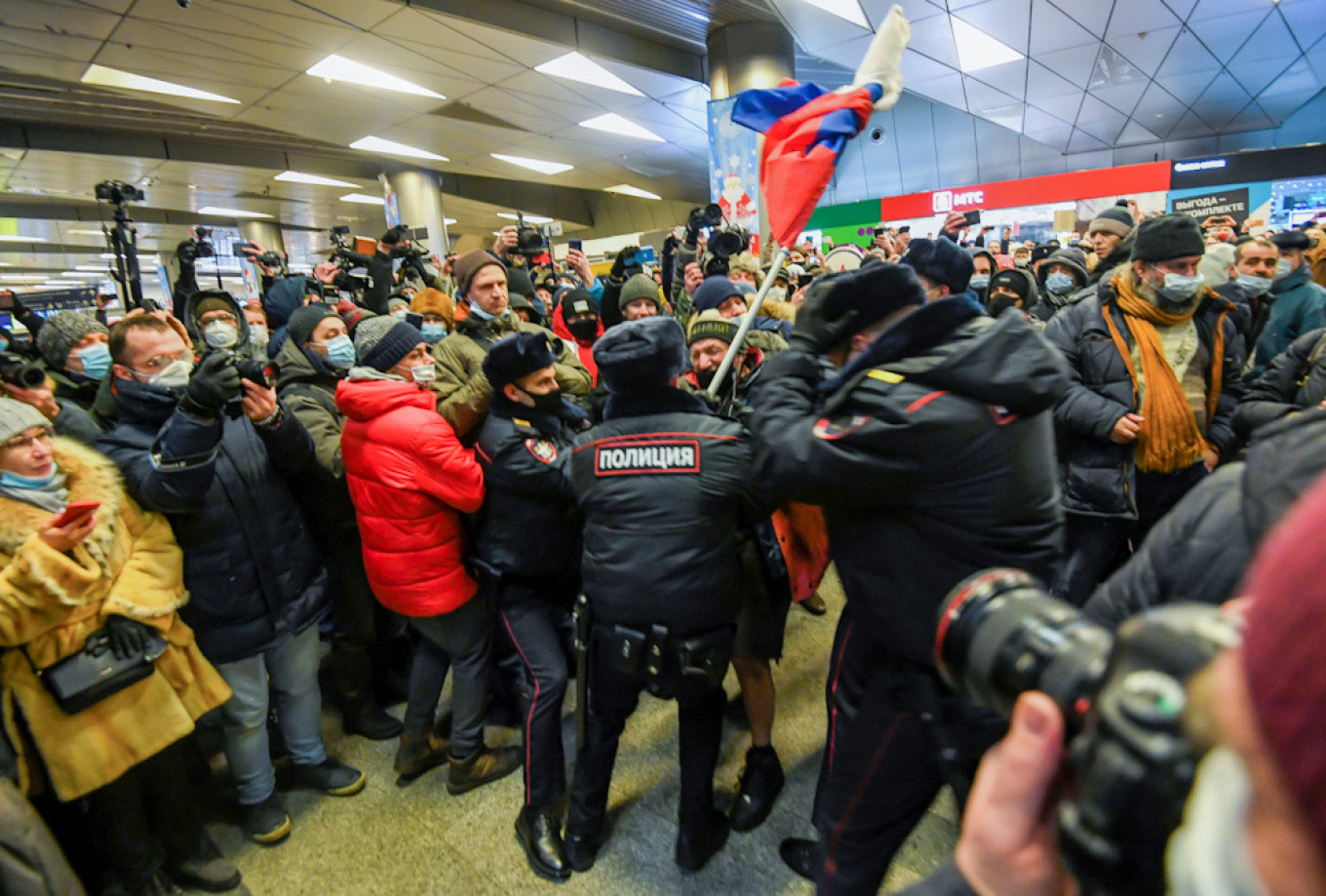 The atmosphere was anxious and tense as Navalny's supporters awaited his arrival from Berlin.
Natalia Kolesnikova / AFP 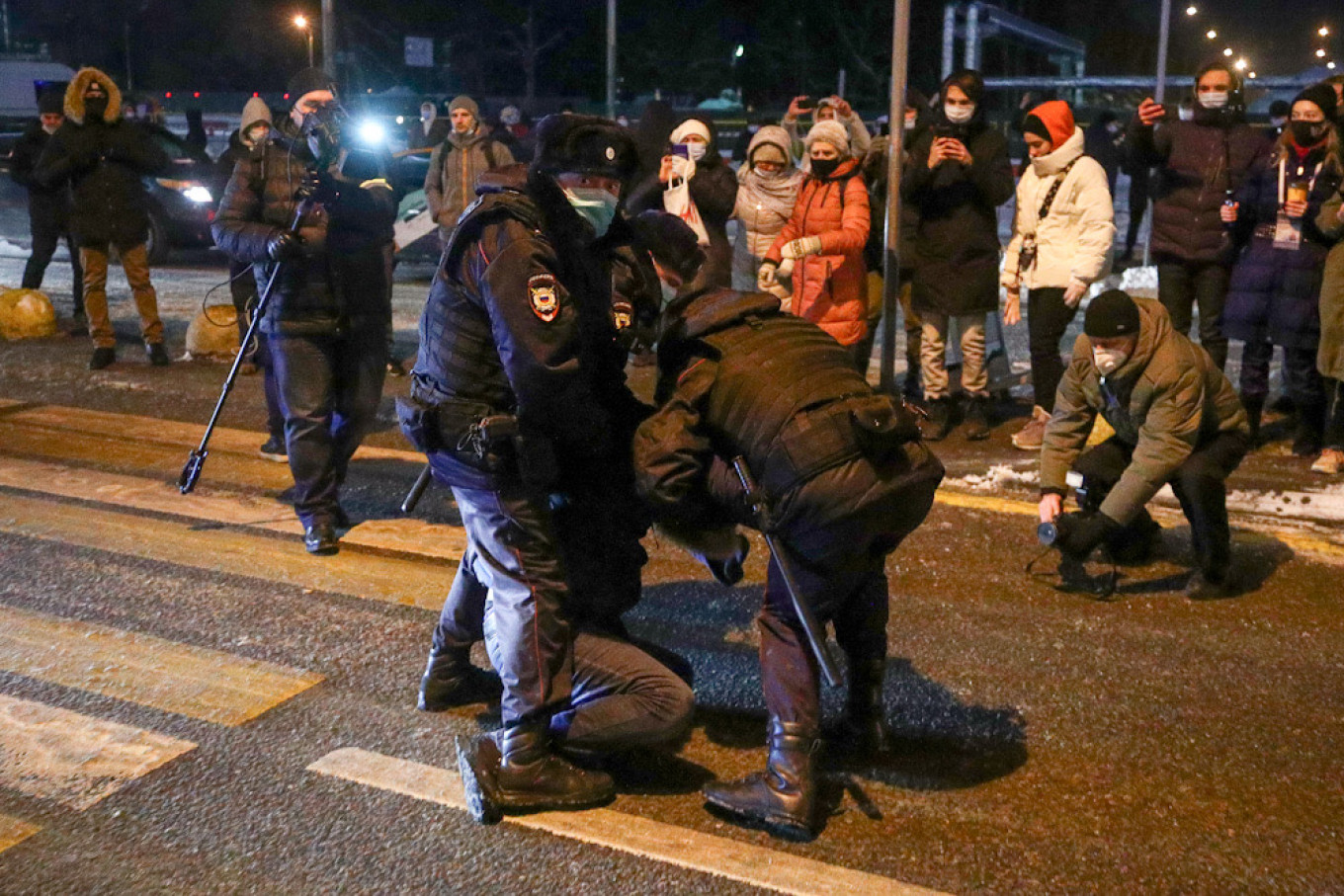 Events unfolded on the coldest day of the Russian winter so far, with temperatures below minus 20 degrees Celsius.
Sergei Bobylev / TASS 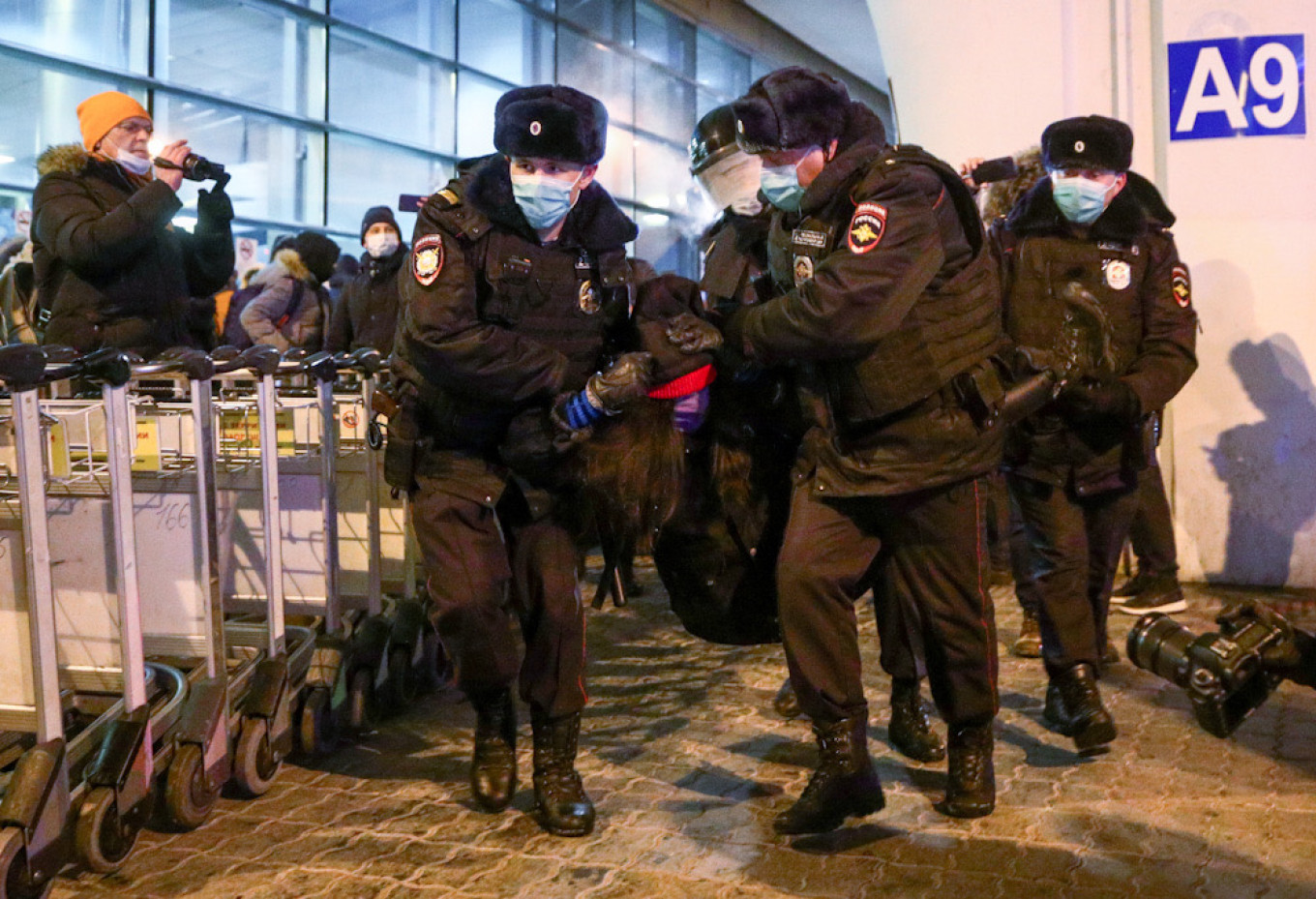 The announcement that Navalny's plane had been diverted to a different airport came less than an hour before it landed.
Sergei Bobylev / TASS 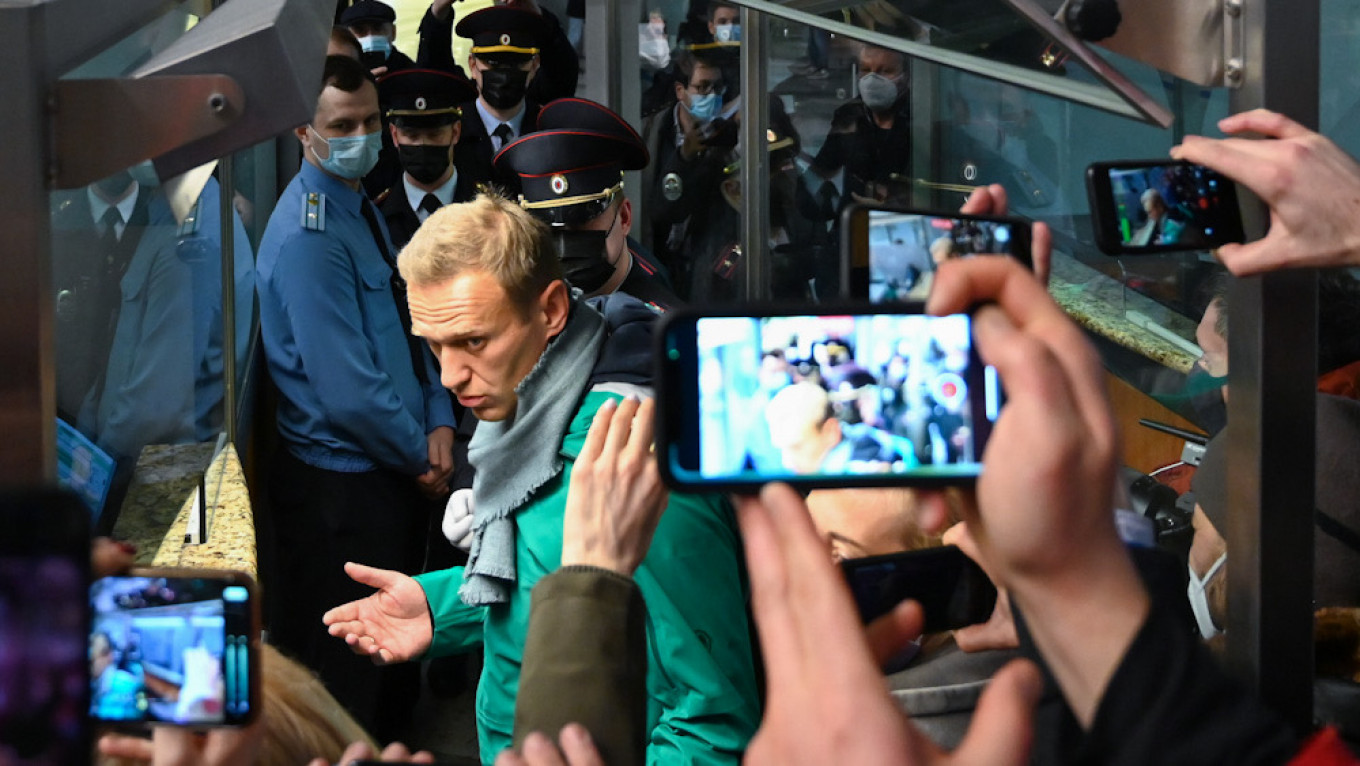 Navalny was detained by police minutes after he arrived.
Kirill Kudryavtsev / AFP