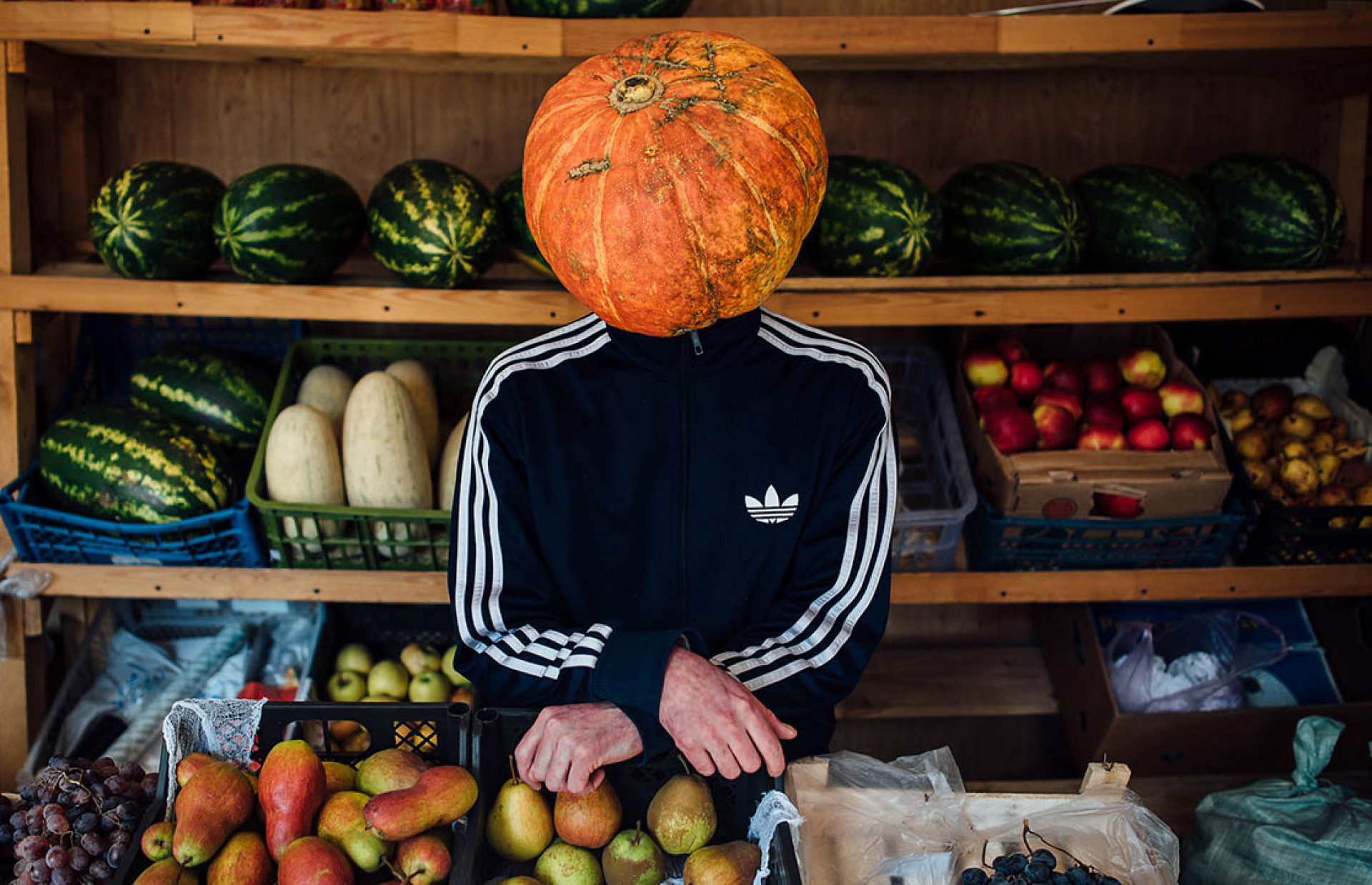 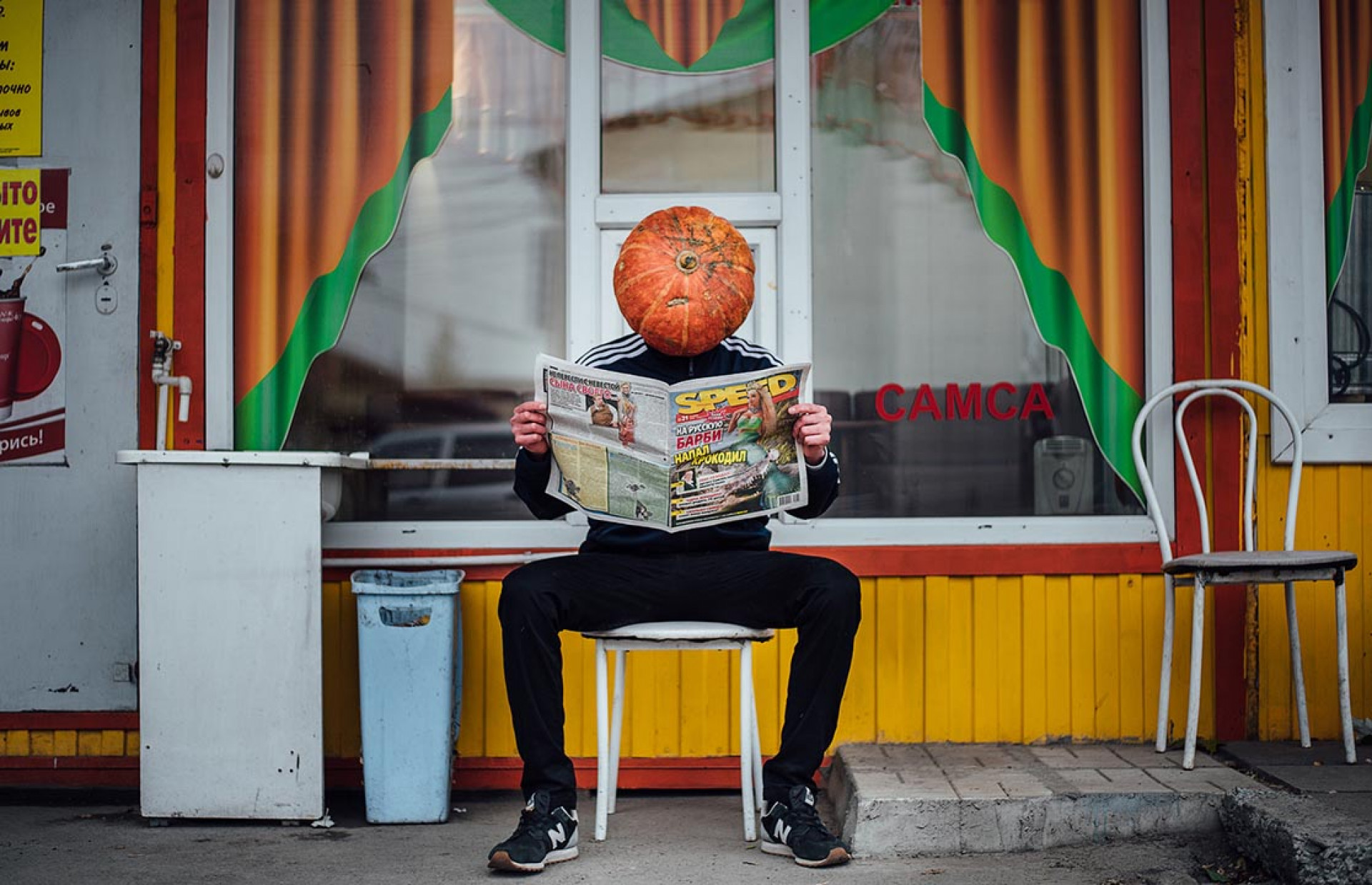 She reported that people from Central Asia were the friendliest during her photoshoot around the city. “We barged into their fruit stalls or samsa shops and they’d let us occupy their workspace, without kicking us out or hurrying us or asking any questions,” Yerygina told the local NGS.ru news website. Svetlana Yerygina 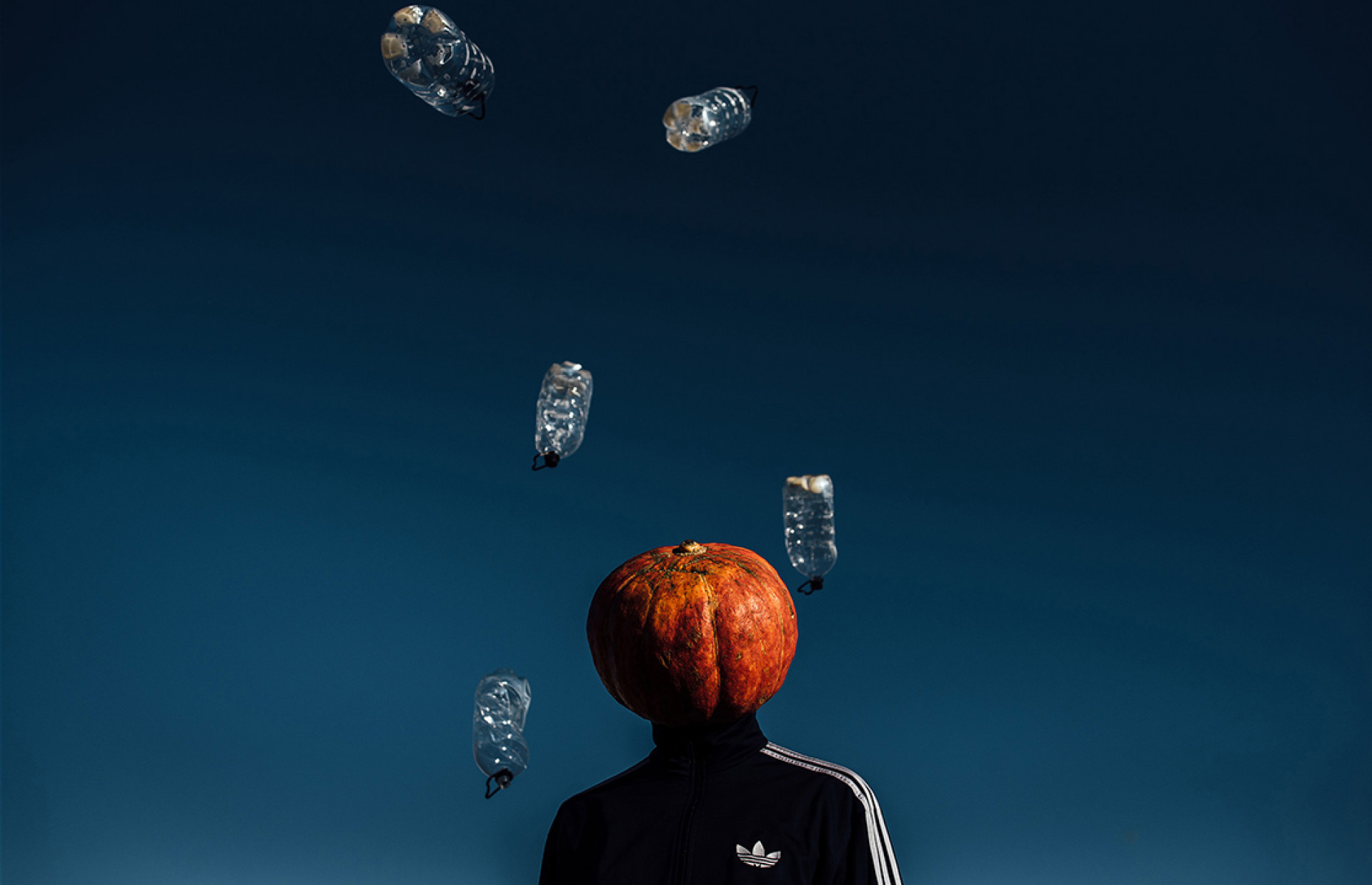 “It’s not even a gopnik, it’s just a normal Russian bloke. I walk around the city and see these guys everywhere. It’s a collective image of a guy who is cheeky, naive, poor, self-confident, ignorant and focused solely on his own life,” she said. Svetlana Yerygina 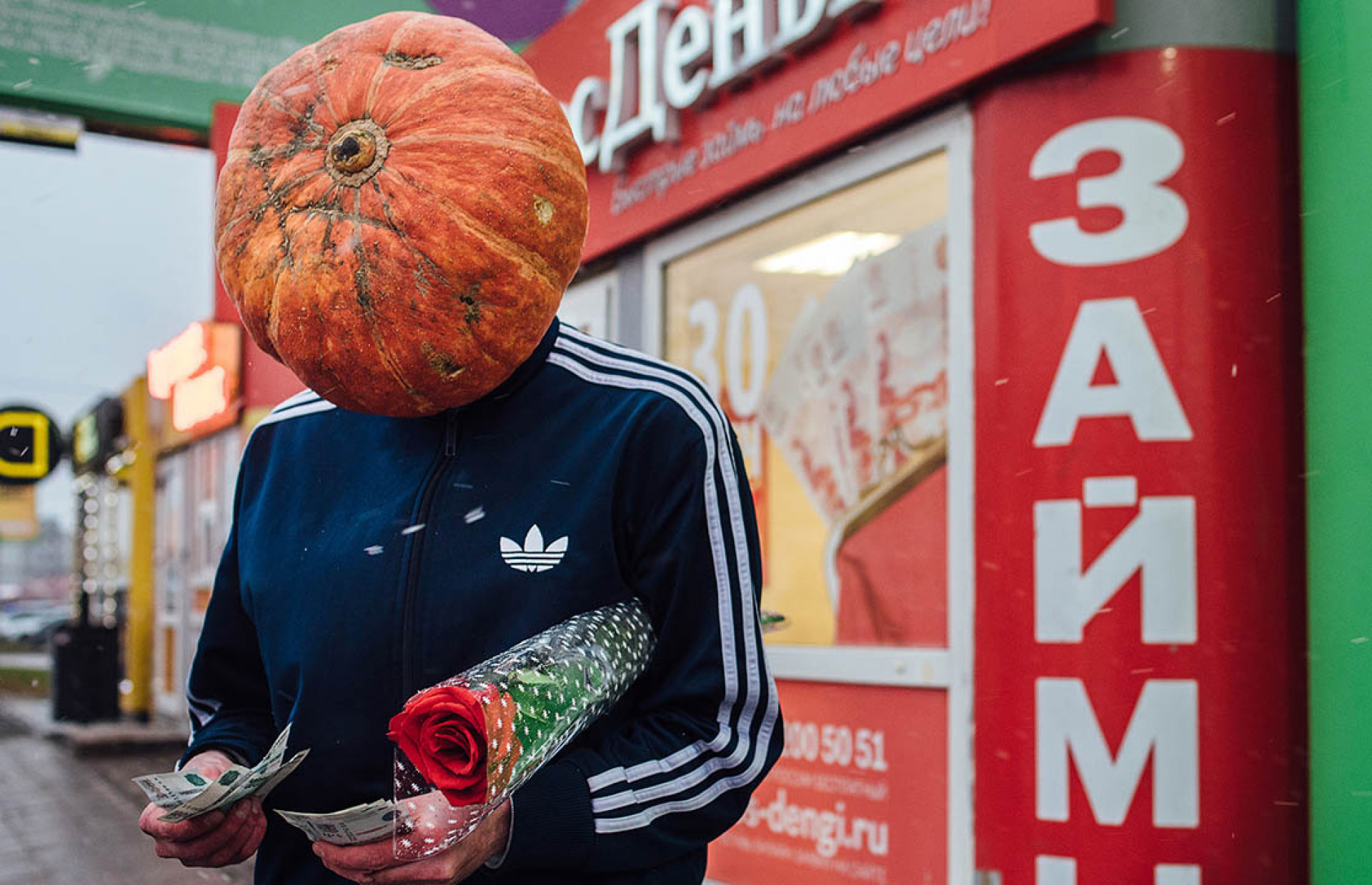 The pumpkin-head man is featured in a series of typical Russian urban scenes — here, in front of a payday loan shop. Svetlana Yerygina 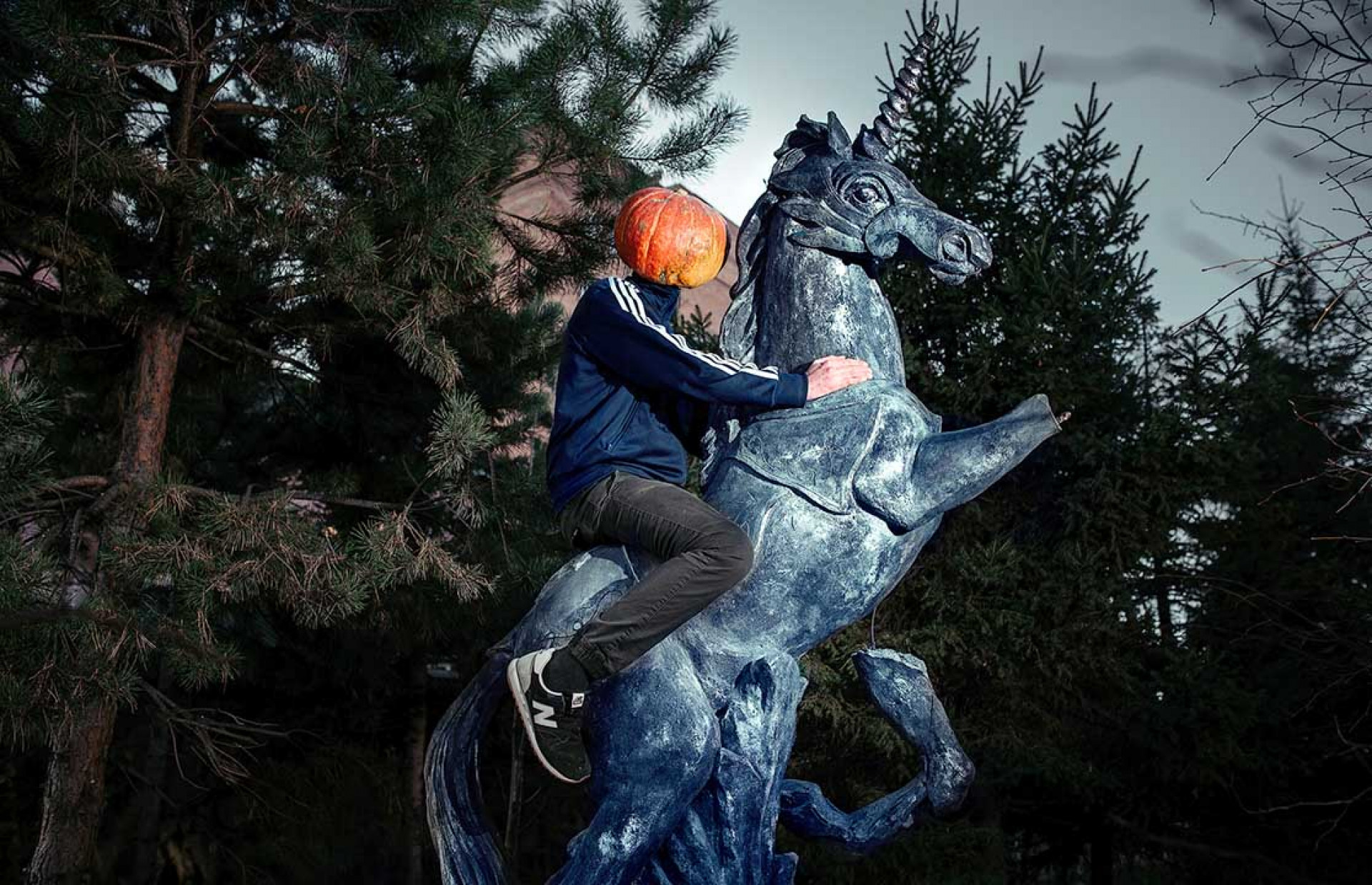 The photographer's friend reportedly played the role of the pumpkin-head man, and only required a large pumpkin and vintage Adidas jacket to complete his image. Svetlana Yerygina 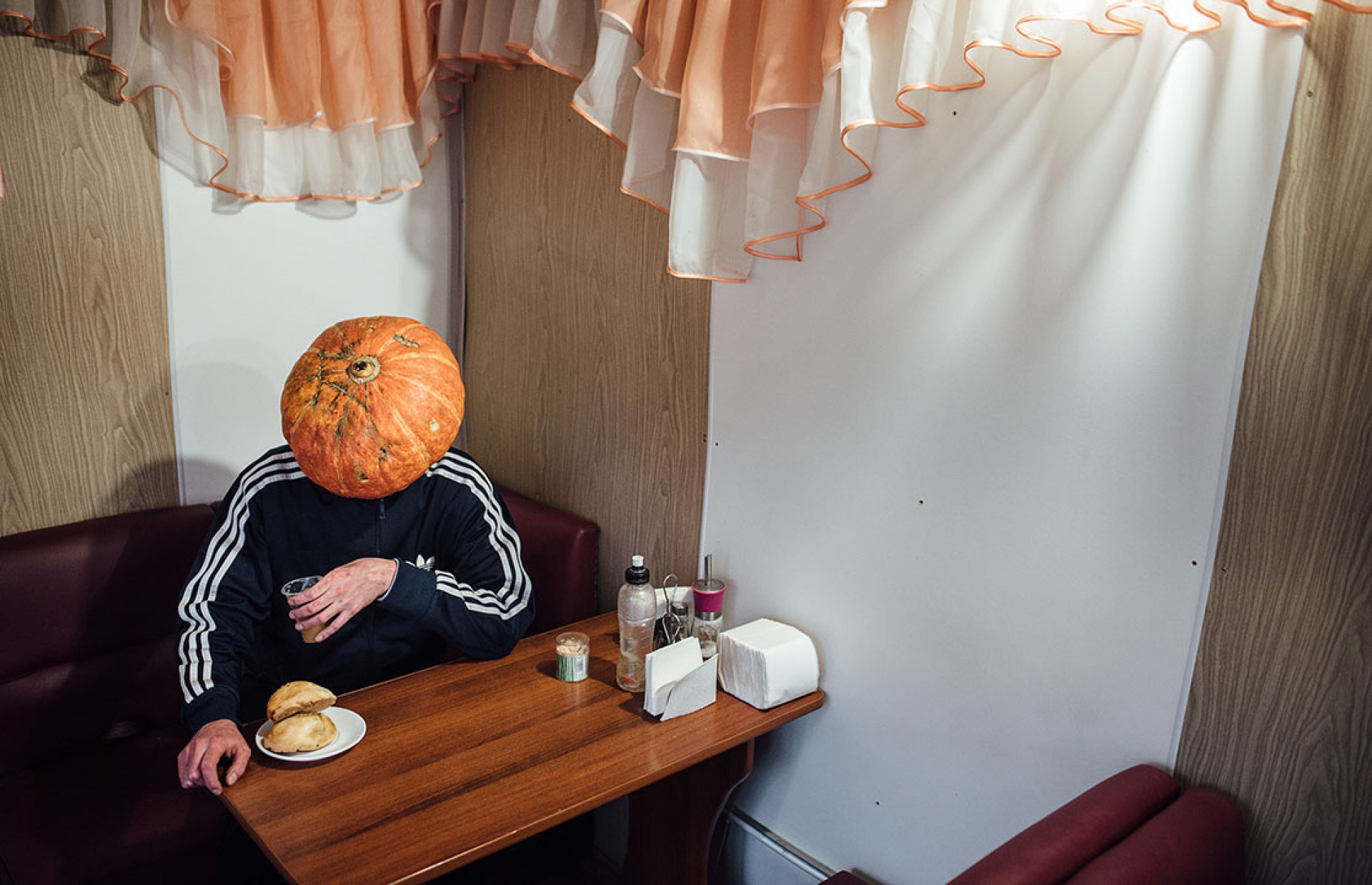 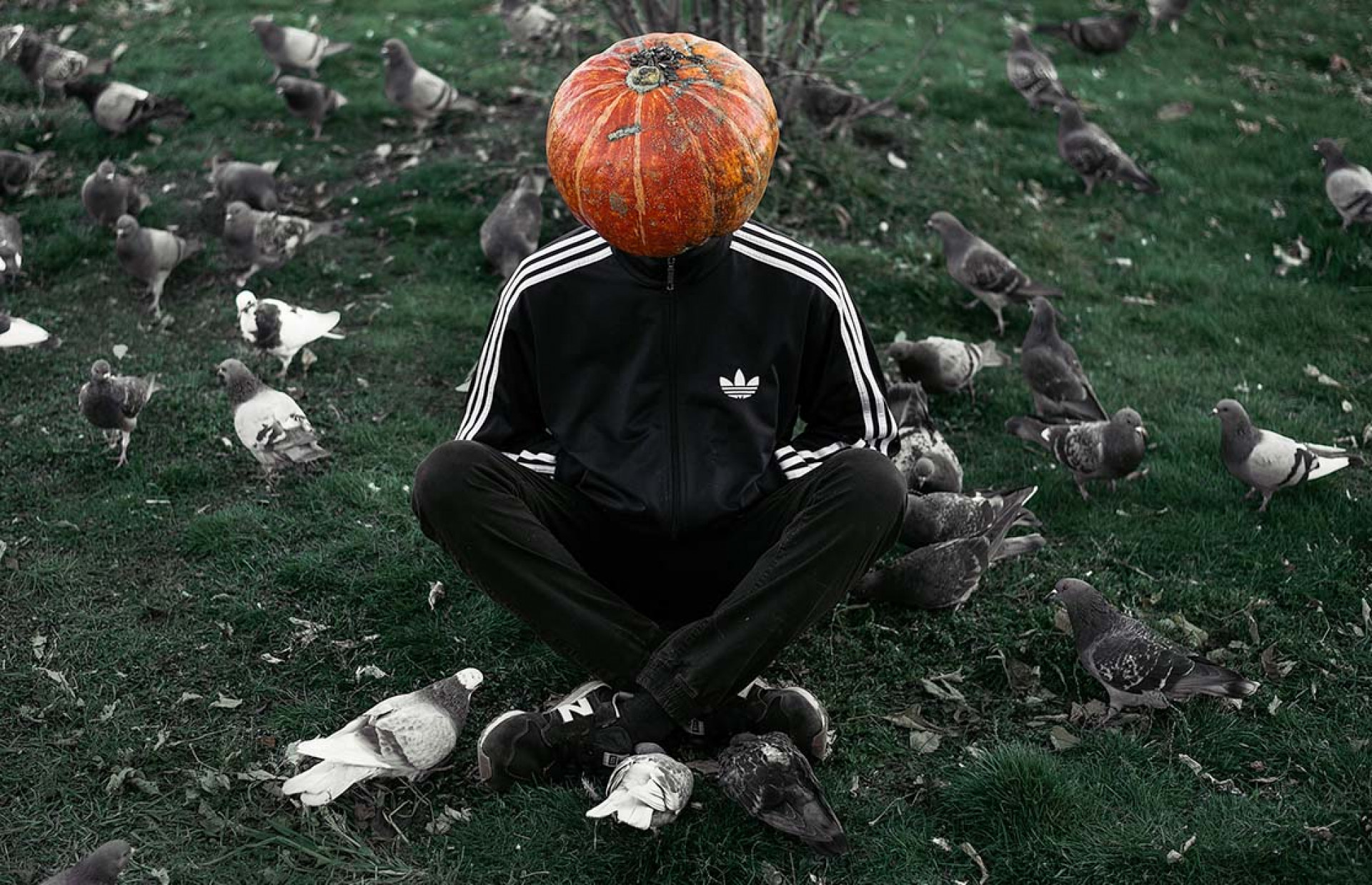 “The fact that a pumpkin-head man has no face is telling, because he’s blind and can’t see or accept anything beyond his own world.” Svetlana Yerygina 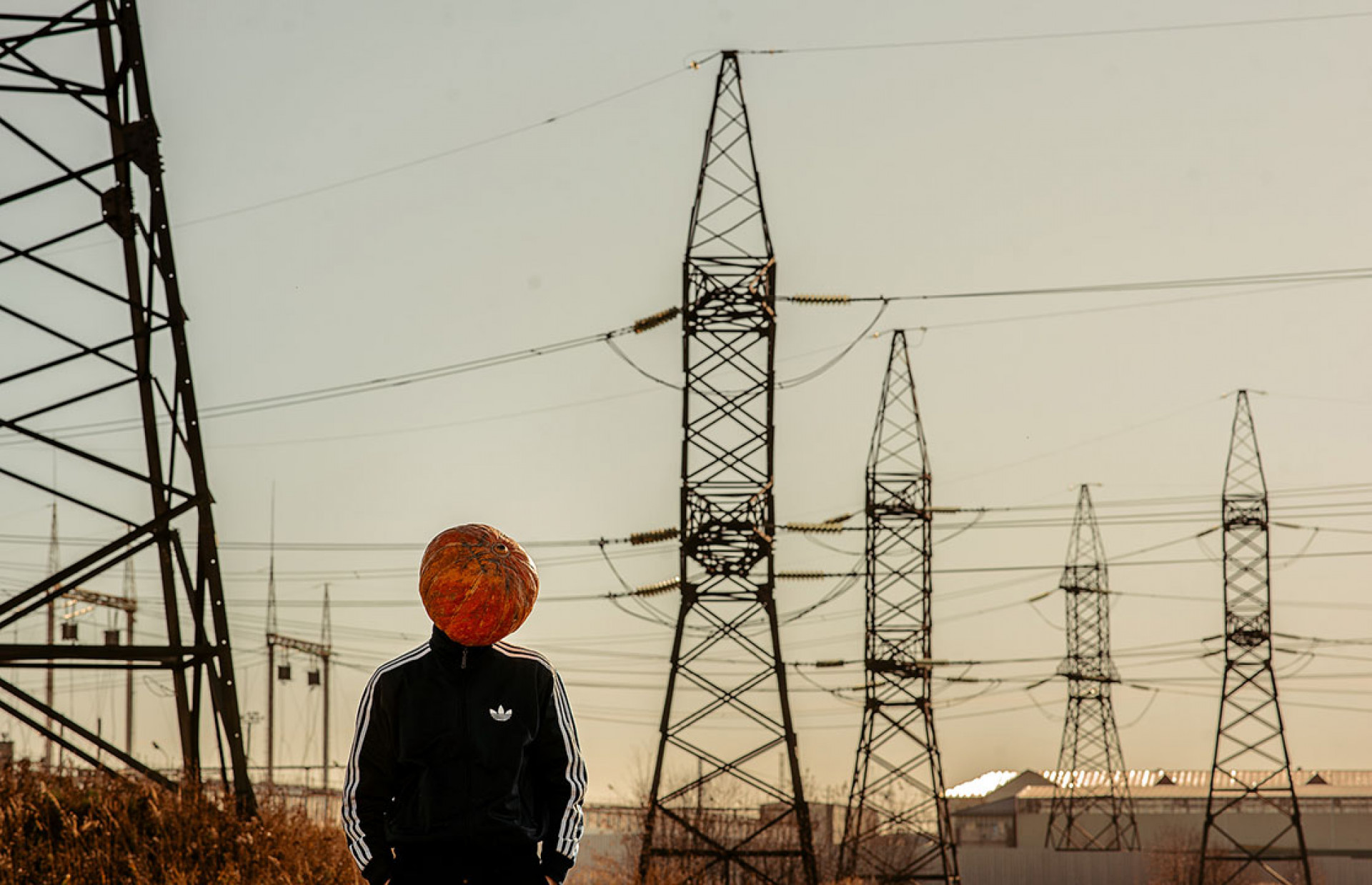 The photoshoot reportedly took six hours and only cost around 1000 rubles. Svetlana Yerygina 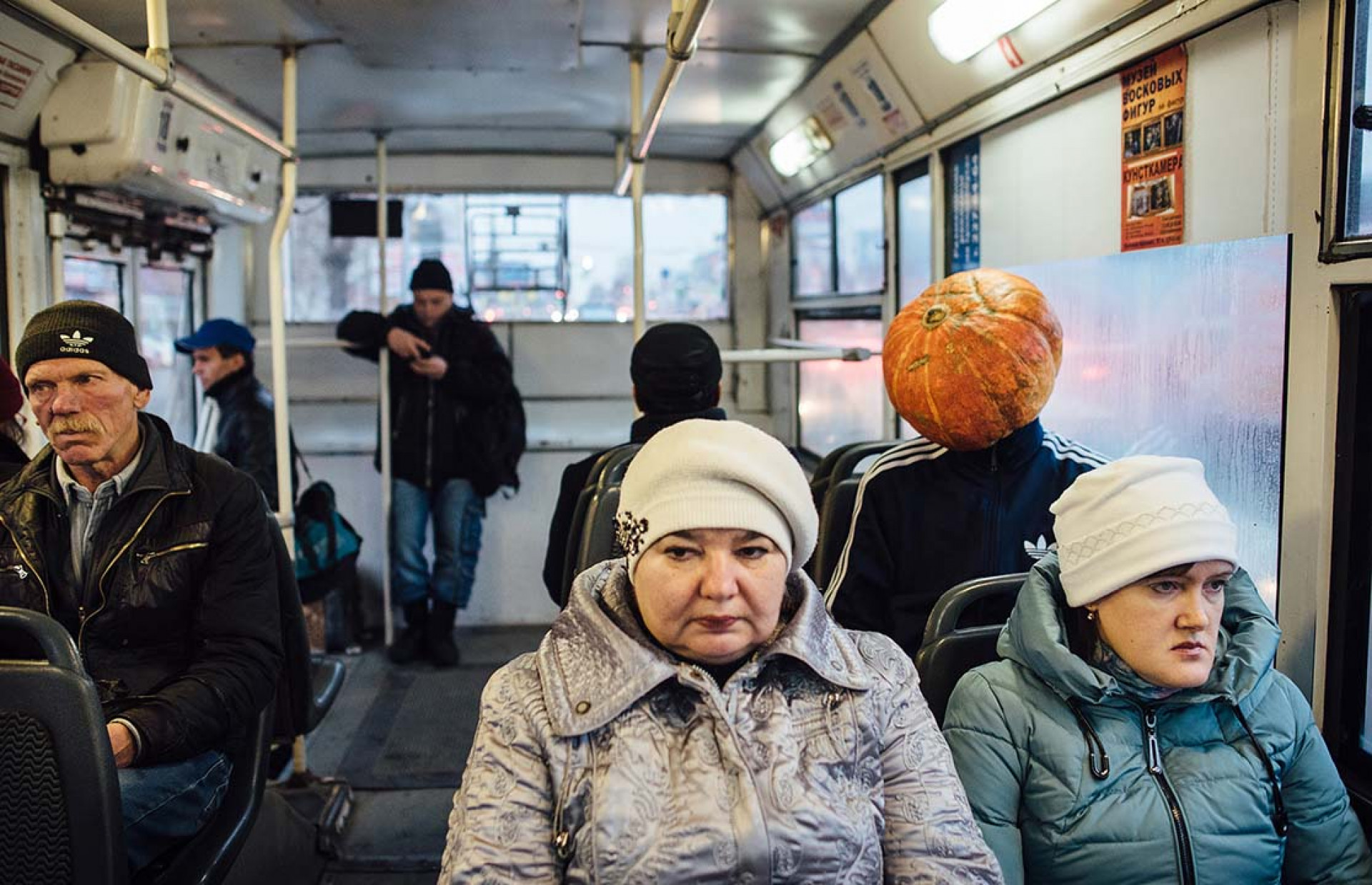 According to the photographer, the pumpkin was heavy and had to be taken off every few minutes because it was hard to breathe from inside of it. Svetlana Yerygina 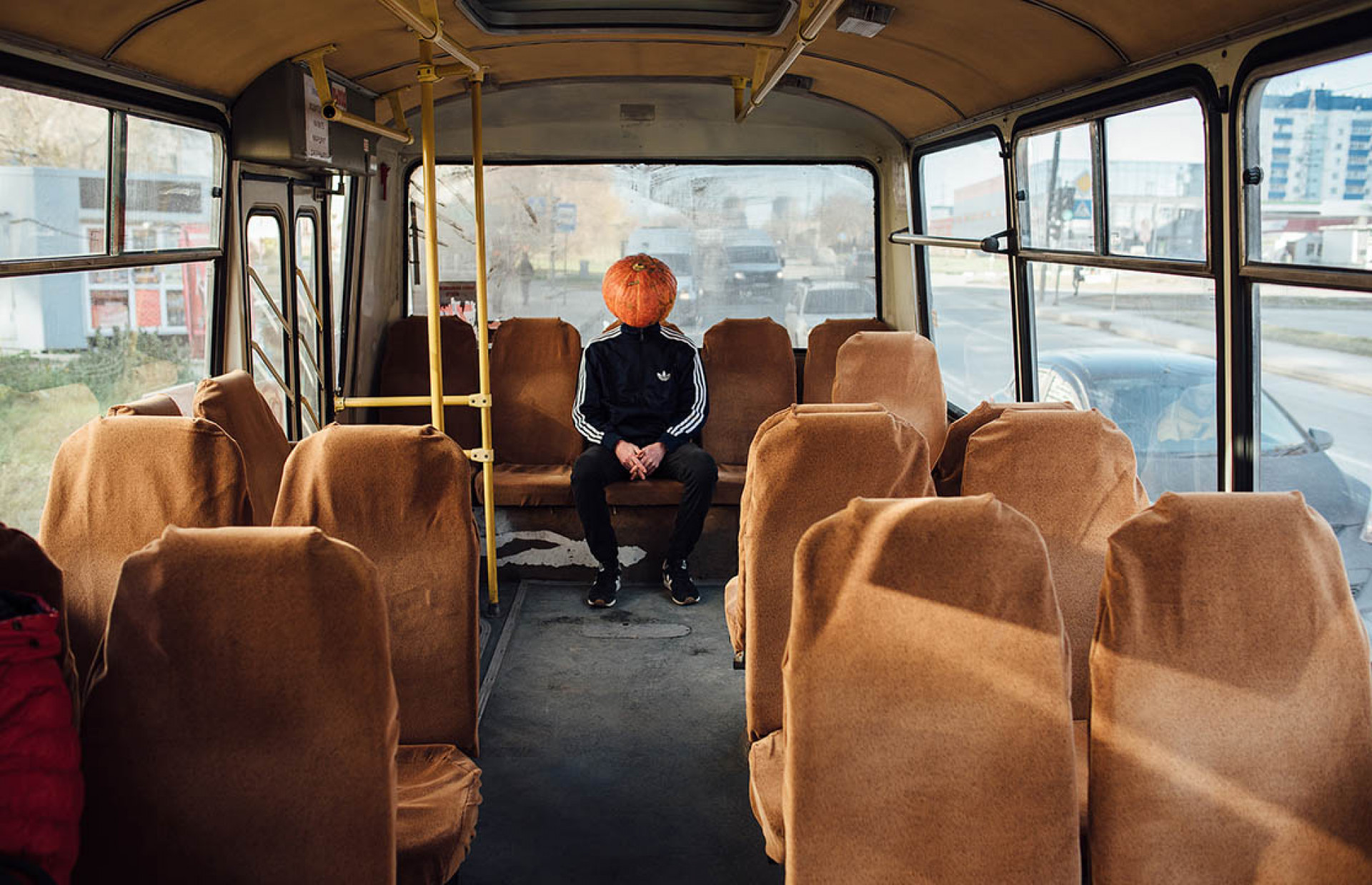 The pumpkin-head man, all alone, riding a bus in Novosibirsk. Svetlana Yerygina

With Halloween increasingly criticized by conservatives in Russia as a foreign holiday, local photographer Svetlana Yerygina decided to explore the artistic idea of transplanting the pumpkin into the Russian context.

Over the course of a day, she shot a series of photographs of a man wearing a pumpkin on his head and an iconic Adidas track suit in the Siberian city of Novosibirsk.

"A pumpkin itself has no nationality — it’s neither typically Russian nor American — so to me it was about finding the right context to put it in. That’s how I created a pumpkin-head man who experiences all the perks of Russian daily life without all the party attributes of Halloween," she explained.