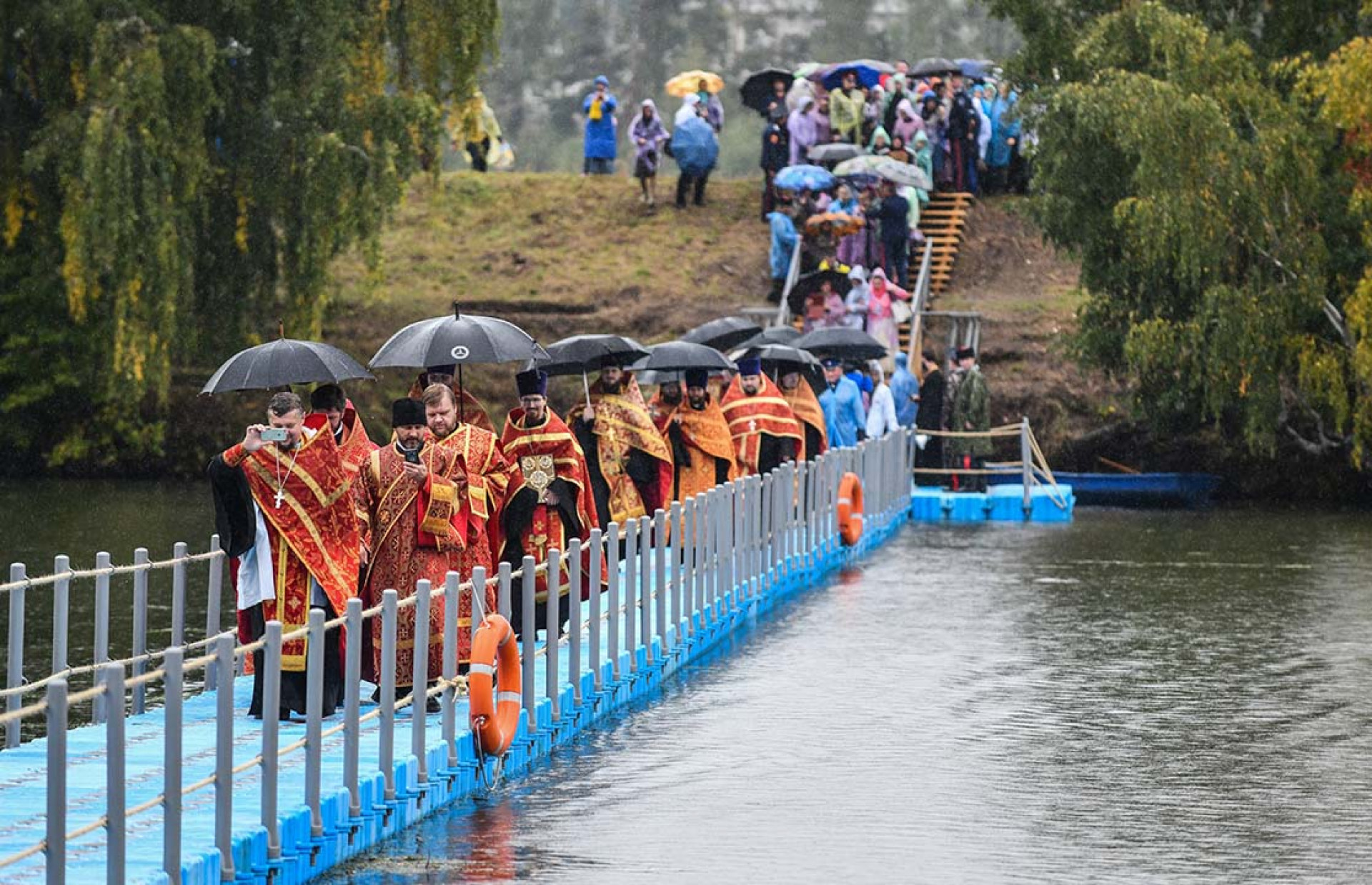 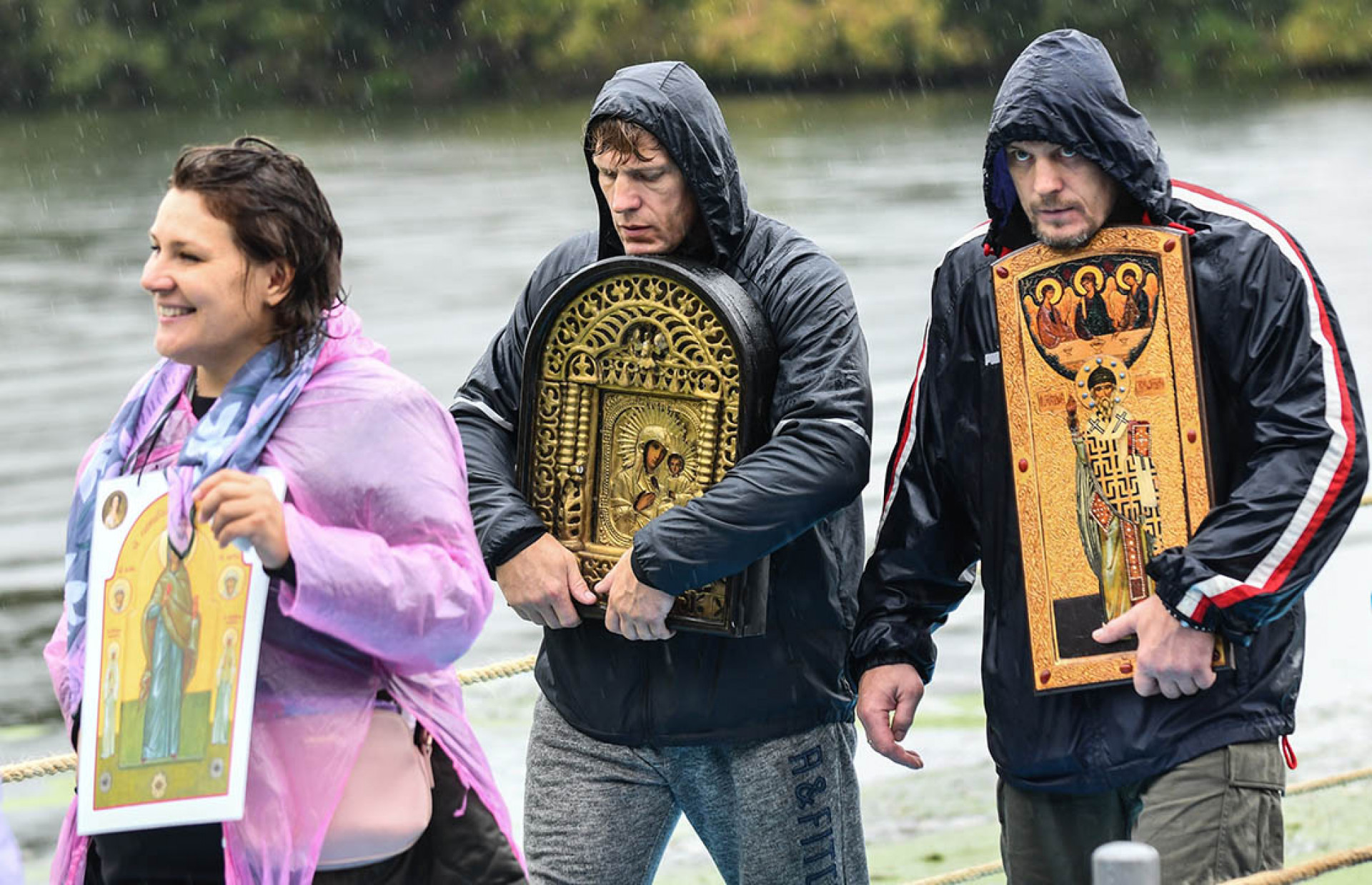 The yearly procession has been held since 2011 on the Sunday that is closest to September 18 — the day that Yelizaveta is remembered in the Orthodox Church. Igor Ivanko / Moskva News Agency 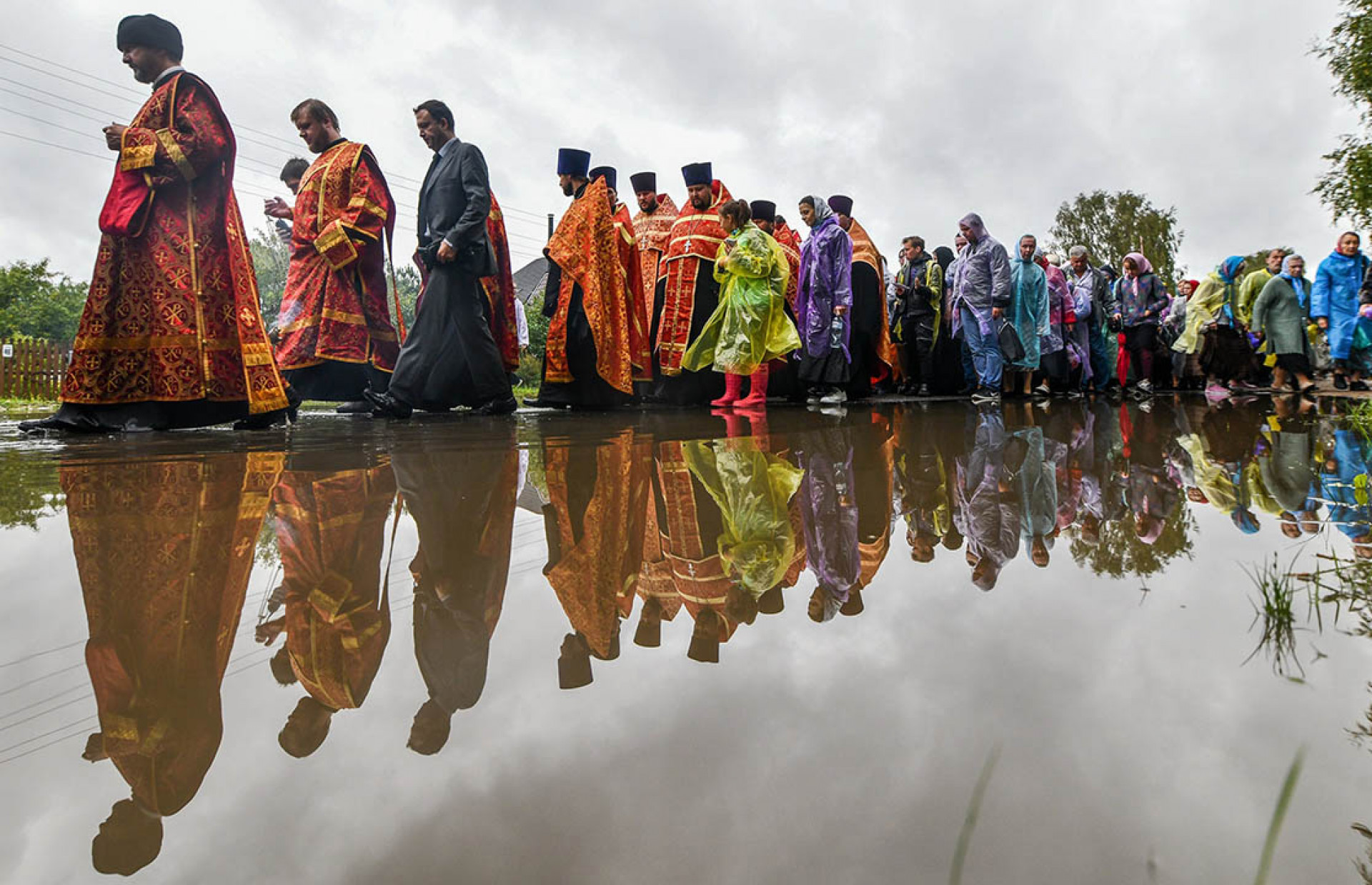 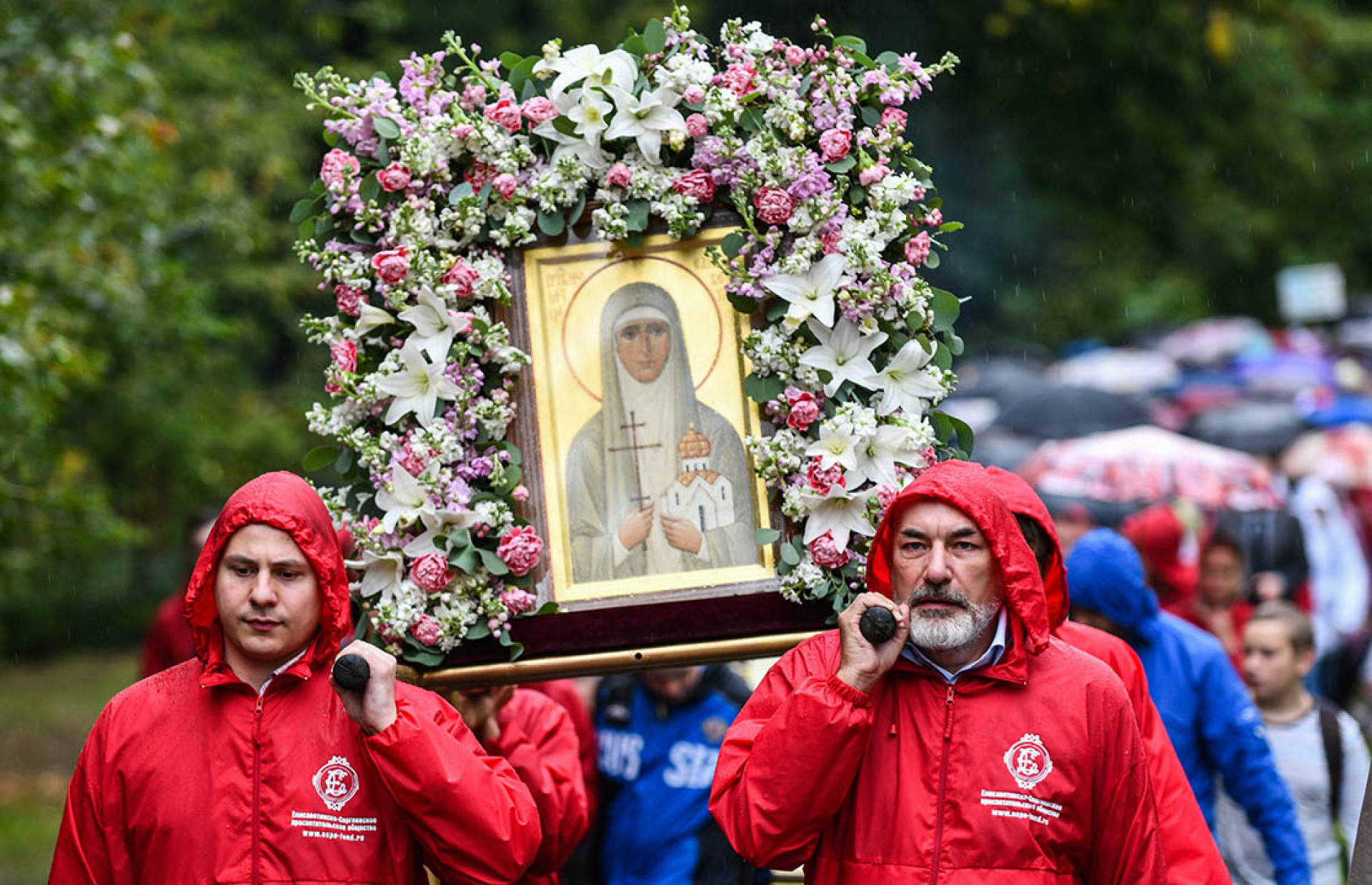 This year it coincided with the centenary of the murder of the last tsar and his family by Bolsheviks in 1918. Igor Ivanko / Moskva News Agency 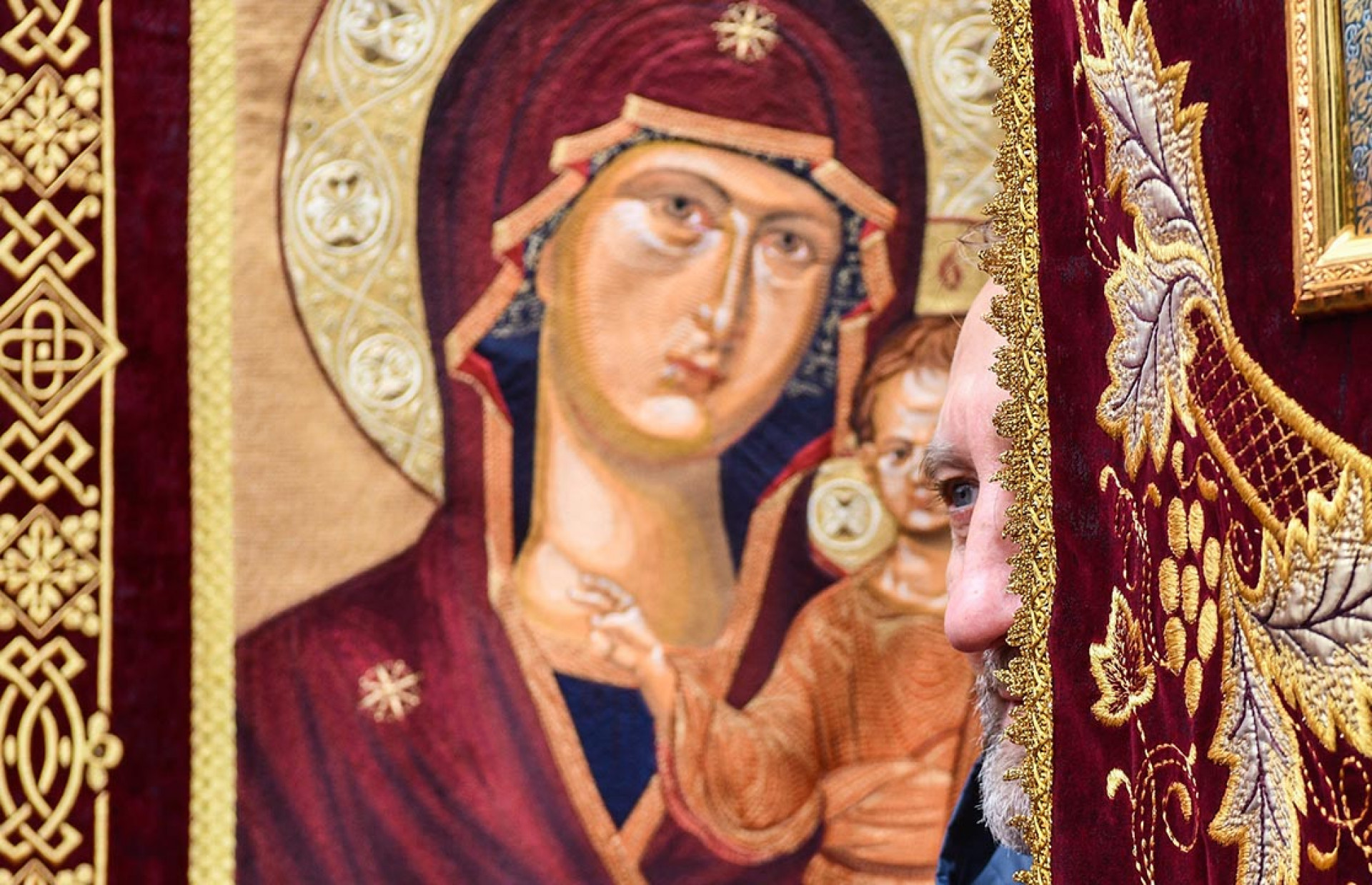 Yelizaveta Fyodorovna was canonized by the Moscow Patriarchate as a Holy Martyr in 1992. Igor Ivanko / Moskva News Agency 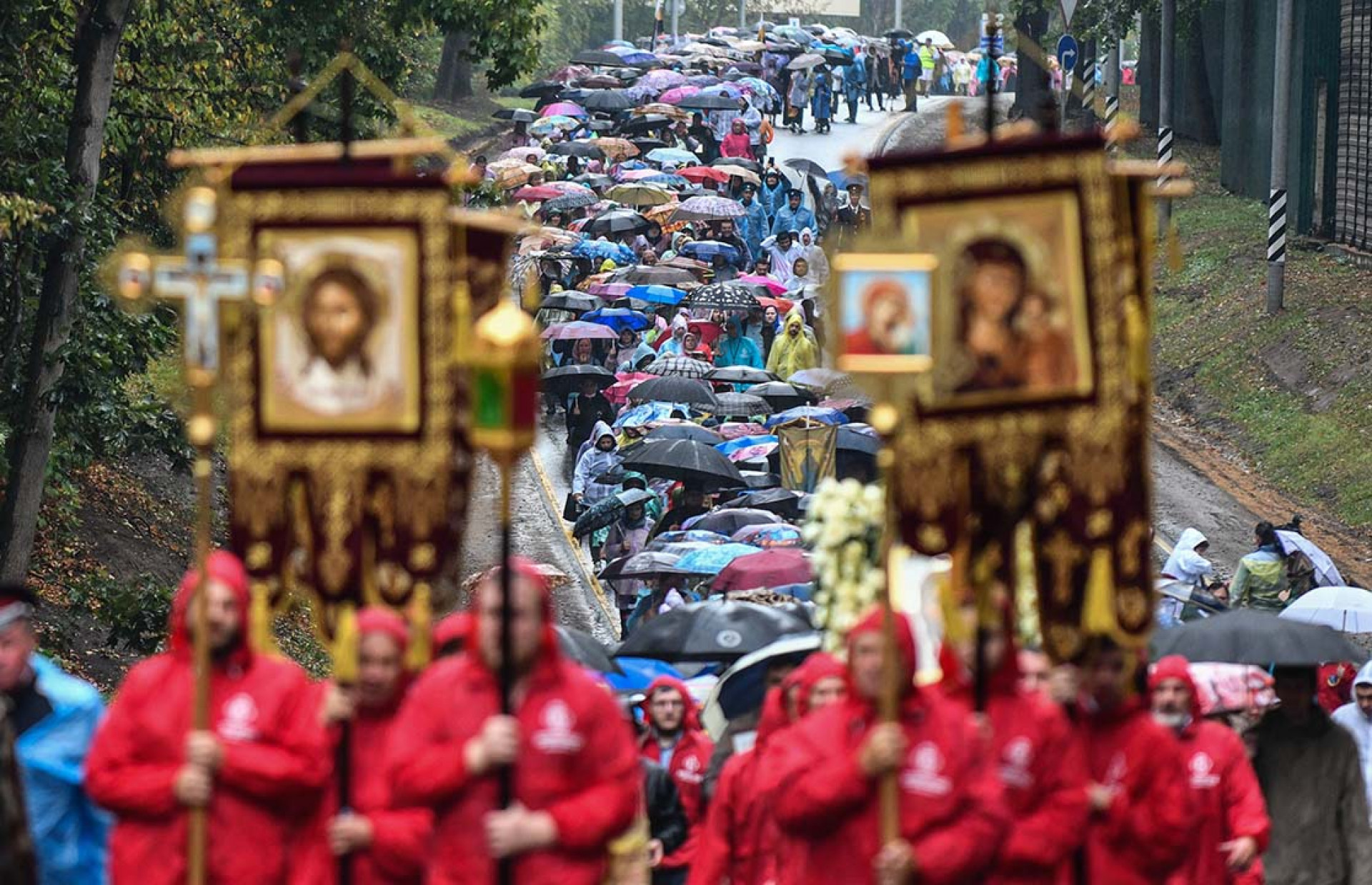 The seventh Yelizavetinsky procession became the most numerous in its history and gathered about 3,000 people. Igor Ivanko / Moskva News Agency 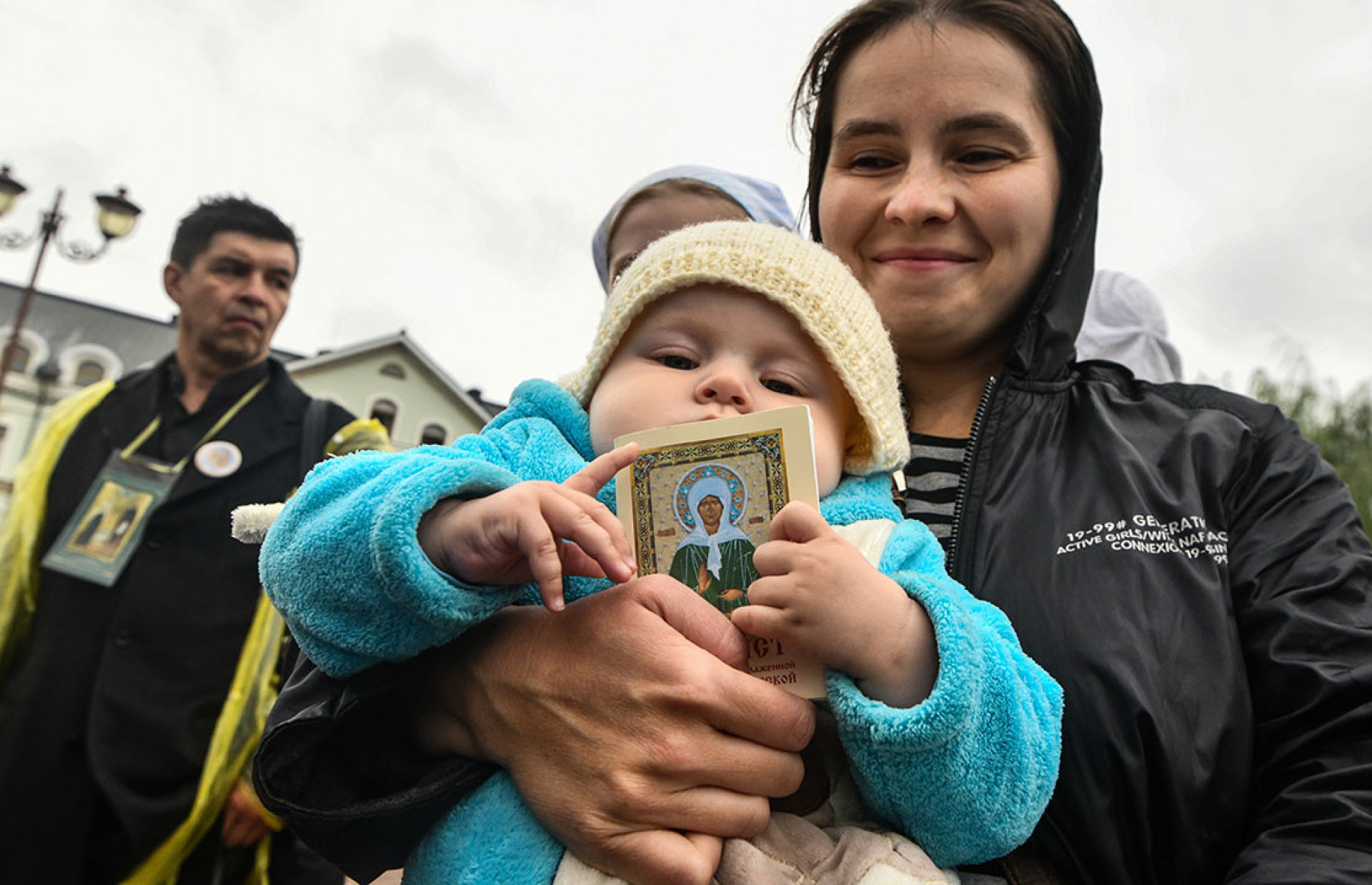 Believes carried icons of the saint as they walked in the rain. Igor Ivanko / Moskva News Agency 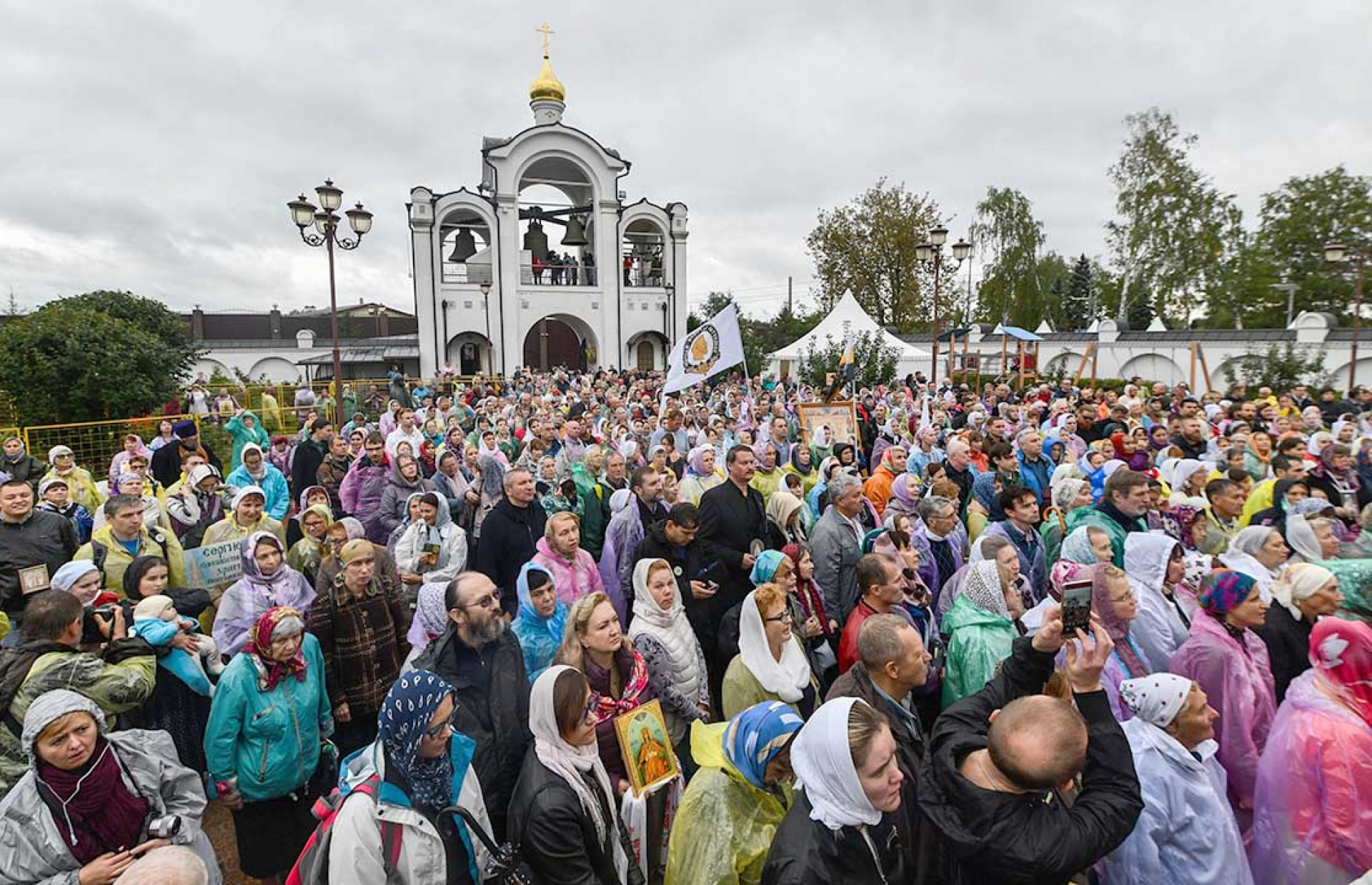 Representatives of 56 dioceses from around the world took part in the events. Igor Ivanko / Moskva News Agency

Thousands of Orthodox Christians marched Sunday in the annual Yelizavetinsky procession outside Moscow — dedicated to the memory of Grand Duchess Yelizaveta Fyodorovna, the German princess and wife of Grand Duke Sergei Alexandrovich who was executed along with other members of the Romanov family by the Bolsheviks in 1918.

The princess was canonized by the Russian Orthodox Church as a Holy Martyr in 1992. A yearly procession is held in her honor near the Marfo-Mariinsky Convent, which she founded outside Moscow.

This year, the ceremony also commemorated the 100th anniversary of the execution of the royal family.