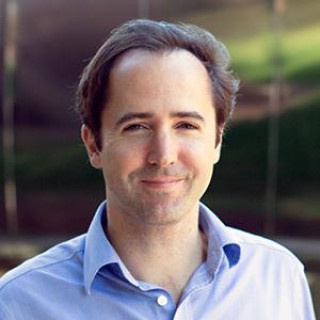 Vladimir Sharov, who died last Friday at the age of 66, was aptly described five years ago by the literary scholar Muireann Maguire as “possibly the most important Russian novelist you may never have heard of.” Since that time, two of his works have finally appeared in English in my own translation – “Before and During” and “The Rehearsals” – but he remains relatively obscure, much as I would wish to claim otherwise. Perhaps this shouldn’t surprise us. Sharov’s writing is hypnotic and fantastical, but also demanding and dense (he liked to compare dialogue in fiction to the water in a fruit: it needs to be squeezed out). His novels turn us face to face with the struggle between good and evil, and to the apparent reversibility of these opposites in Russian history. In the end, as many readers attest, Sharov’s fiction turns us inside out.

There is also another, more prosaic explanation for why you may not have heard of Vladimir Sharov. While contemporary literature in translation is experiencing a boom, it has to fight for a small audience, just as Russian writers have always had to do in their own country since the early 1990s, when print runs collapsed and literature ceased to be the glue of intellectual life. Literary life continued, of course, but it became ever more cramped and centralized. I’m reminded of the metaphor found by Sharov, a lifelong Muscovite, to describe the world of “our relations with our contemporaries”: “It’s packed. It’s like a heaving bus, where people are constantly treading on your toes” (“The Raising of Lazarus”). Meanwhile, the time-honoured classics, refuelled by new translations and luxury editions, continue to cruise past on either side.

Now that Sharov has left the heaving bus all too soon, the remaining travelers are trying to take the measure of a singular talent. The array of tributes in the press and social media in the day or two following Sharov’s death portrayed a writer undervalued in his time and routinely misread as an intellectual shock merchant. The tributes also agreed on the personal warmth and candor of a man who remained Volodya to all who knew him, despite his status.

Nor should we forget his sheer dedication to his craft. Sharov was devoted, as few if any recent writers have been, to the novel itself as a form, producing one every three to five years, with nothing in between except thinking, reading, listening (at which he excelled) and, when things were going well, writing. Unlike nearly all non-commercial authors of his time, he had no day job: no taxi-driving, no teaching, no screenplays for film or TV — just the uncertain drip of new thoughts into the well emptied, in his own description, by every previous book. He wrote nine novels in all, the last “completed under almost extreme conditions” while he was being treated for the cancer that would prove fatal. Entitled “The Kingdom of Agamemnon,” it was published last month.

This level of commitment on the part of the author, his wife Olga Dunaevskaya (a journalist and university teacher) and the small publishers that promoted and supported him before he finally achieved more widespread acclaim in Russia was in the service of a kind of novel we have not seen before. In all his books, disorienting fantasy merges with the texture of historical authenticity, just as irony and dark humour combine with an infectious sorrow about what humans have done to each other from their own sense of righteousness. According to the authors of the “History of Russian Literature,” published by Oxford University Press earlier this year, “Sharov invented a new form of writing about the past”. The “History” is equally accurate about Sharov’s enduring and controversial preoccupations: “His constant theme is the indivisibility of Russia’s spiritual quest, uniting the Schism, the Bolshevik Revolution, and subsequent Terror.”

In “The Rehearsals” (1992), described as a “great novel without any exaggeration” in the Izvestiya tribute penned by the leading novelist Evgeny Vodolazkin, we watch a group of peasants rehearsing the events of the Gospels in the New Jerusalem Monastery, outside Moscow, in the 1660s. They are doing so at the behest of Patriarch Nikon, in the hope that the rehearsals will bring about the second coming of Christ. When Christ does not come, the parts are passed down from generation to generation until we reach the bloodbaths of the twentieth century, when roles become identities and the fictional basis of the characters’ lives becomes grounds for their murder.

Sharov trained as a historian, specializing in the early seventeenth century — the Time of Troubles. It wasn’t until the early 1980s that he turned to fiction, writing for a small circle of acquaintances, convinced that his works would never be published.

“I could never forgive Soviet power” for many things, he later wrote, first and foremost “for the millions who were shot or died in the camps, including two thirds of my own family.” Among these victims were his paternal grandparents, both once prominent members of the Bund (the Jewish socialist party of the late Russian empire). Sharov’s father, Sher Nyurenberg (1909-84), who took the name Alexander Sharov, is still much-read and admired for his children’s stories and science-fiction novels, two genres echoed in his son’s work.

The family flat near Aeroport metro station, which remained Sharov’s main home throughout his life, served as a magnet for intellectuals and Gulag returnees. As a child, Sharov heard their stories; as an adult, he continued to read them in the archives well into his sixties, his eyesight failing badly. He was transfixed by the violent fate of ideals and moral certainty in his country’s recent past, an involvement that was not just historical, not just familial, but intimate and personal. Earlier this year, at a Slavic convention which he somehow managed to attend in Washington D.C. to support the launch of my translation of “The Rehearsals” – the last time I saw him – he wondered, in front of a full room, how he would have held up in the 1930s, how he would have acted.

There are many other sides to Sharov’s writing, just as there were to his authentically charismatic personality. However tragic the source and content of his novels may be, their plots are exuberant and extravagant, laced with a mischievous satiric wit and no little eroticism, conveyed, like everything else in these books, without affectation.

He was also, like his father, a born storyteller, a skazochnik. In “Become like Little Children” (2008), Lenin is imagined experiencing a religious conversion during the last years of his life and plotting a children’s crusade to the Holy Land. In “Return to Egypt” (2013), a novel in letters which brought Sharov a new readership when it took the Russian Booker Prize and a “Big Book” award, Nikolai Gogol’s fictional descendants engage in extensive correspondence across the length and breadth of the Soviet Union, inside and outside the Gulag. The main character hopes to complete “Dead Souls,” the novel that, he believes, Russia has been trying to complete ever since its author burned the second volume before starving himself to death in 1852. And in “Before and During,” the novel that caused the greatest scandal – as well as personal anguish and illness – on its publication in the literary journal “Novyi mir” in 1993, Madame de Staël is allowed to live several lives, bridging the French and Russian Revolutions and becoming Stalin’s mother and lover.

For Sharov, it seems, such fables were no less credible than the history he was taught in Soviet schools and studied as a postgraduate. His real concern, within the fanciful shells of his plots, was the only history that mattered to him, a history all the more solid for not being tied to textbook “facts” that could be manipulated, omitted or over-emphasized according to the ideological dictates of the day. As he once told Elena Ivanitskaya, “I write the entirely real history of thoughts, intentions, beliefs. This is the country that existed. This is our own madness, our own absurd. Millions died in prisons and camps, simply from hunger, while we managed to persuade the world, and above all ourselves, that we were living in paradise.”

Among the Russian classics, Sharov felt closest to Lev Tolstoy and to Andrei Platonov, the passionate communist who saw paradise turn to hell before his eyes. In my mind, I have always placed him in the tradition of Dostoevsky, no doubt because I was translating “Crime and Punishment” when I was also translating Sharov. For both writers, invention and distortion were the path to the truth of our inner lives, however irrational that truth might be. Both writers advocated a “higher” realism. Now that Sharov has slipped out of the contemporary, it is in such company and by such standards that his work will be read, judged and best understood.

Oliver Ready teaches Russian at Oxford University and is a Research Fellow at St Antony’s College. He was arts and books editor at The Moscow Times in the late 1990s.The views and opinions expressed in opinion pieces do not necessarily reflect the position of The Moscow Times.

Western governments have not made a formal finding of responsibility for this week’s sabotage attacks on two Russian underwater pipelines carrying...
opinion Alexandra Borissova

Russia’s predisposition towards blind and militant patriotism did not start with Putin.