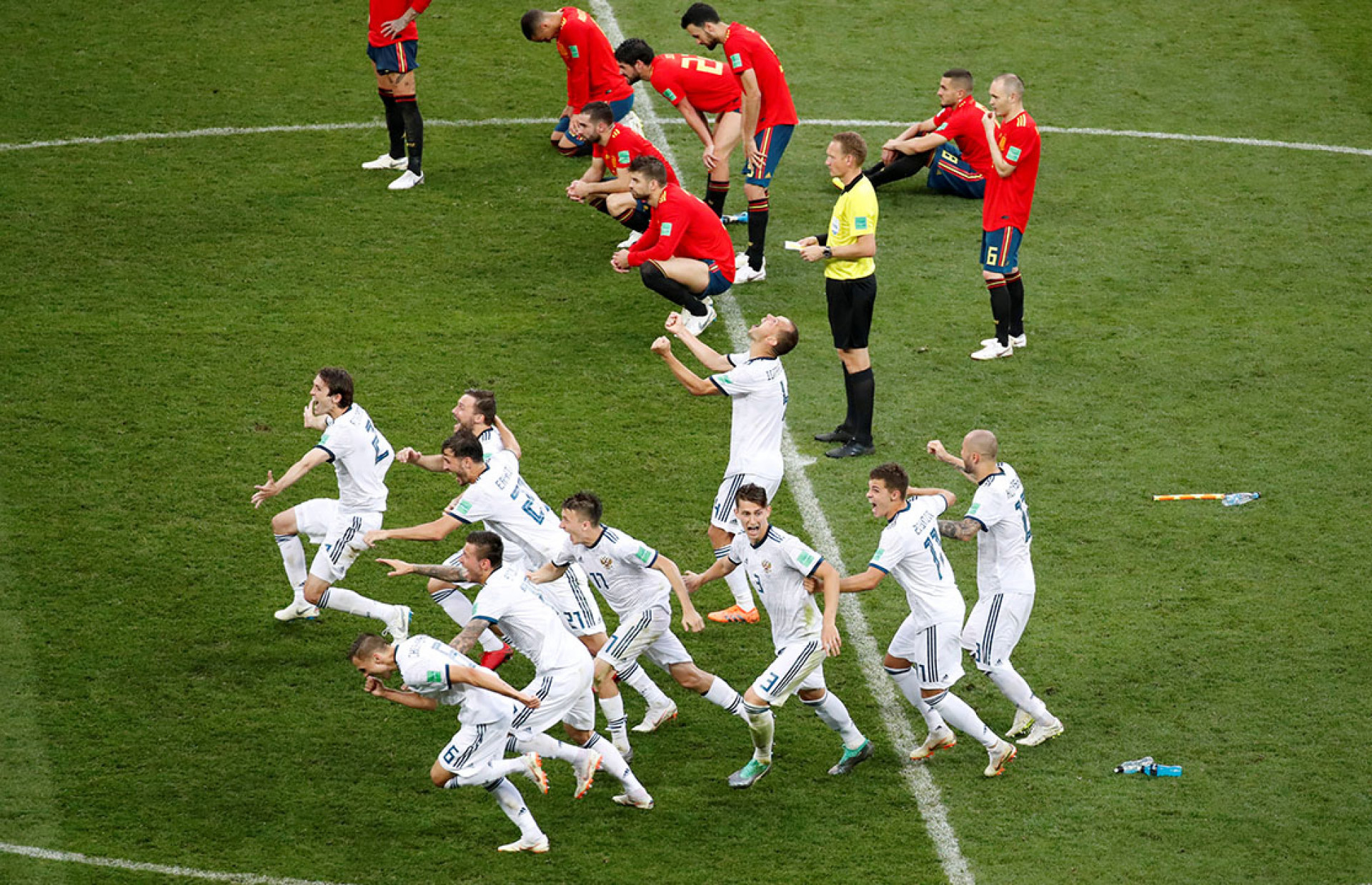 The Russian team celebrates their victory over Spain on the pitch. Maxim Shemetov / Reuters 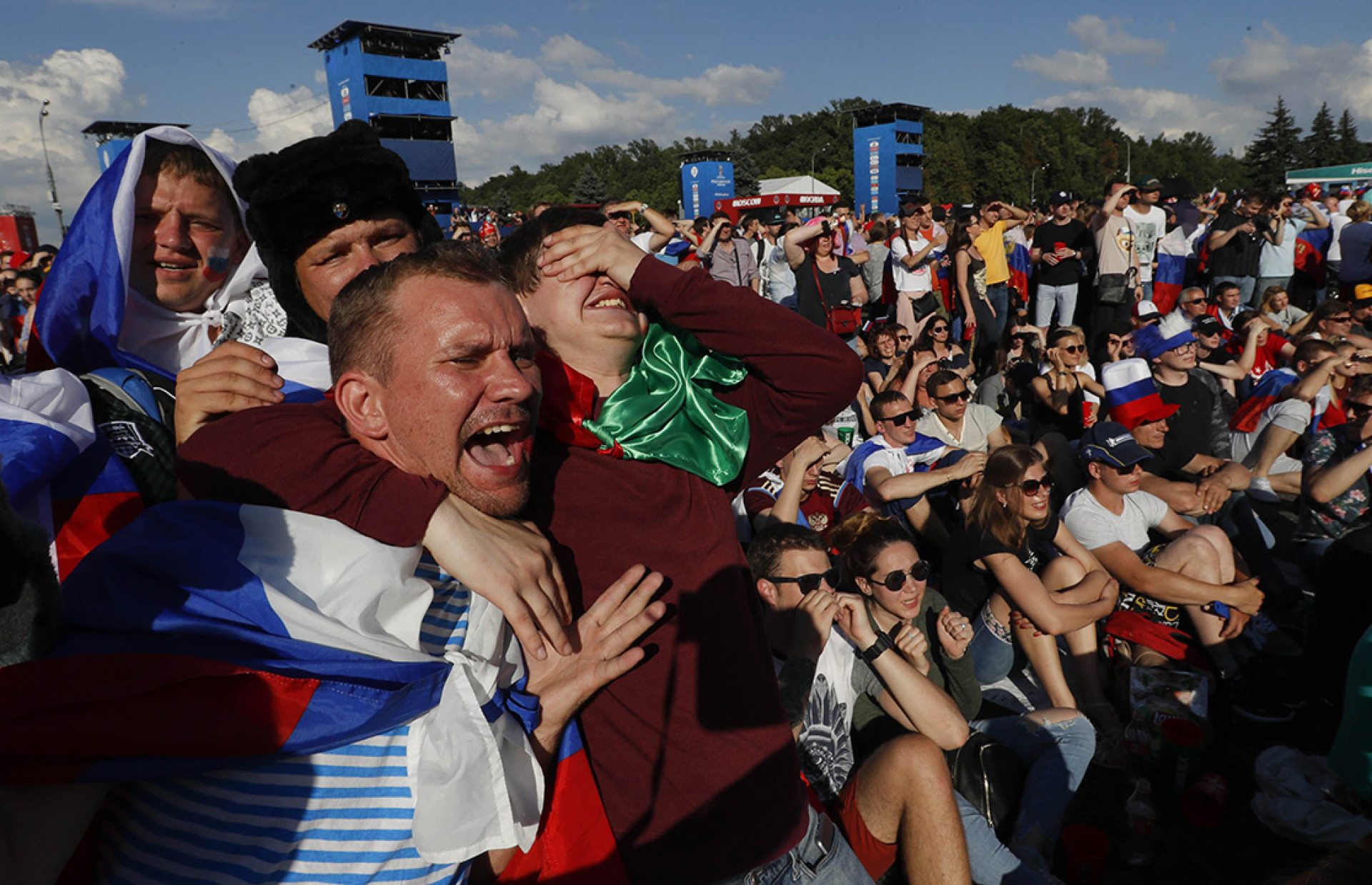 In the streets, Russian fans were jubilant. Sergei Karpukhin / Reuters 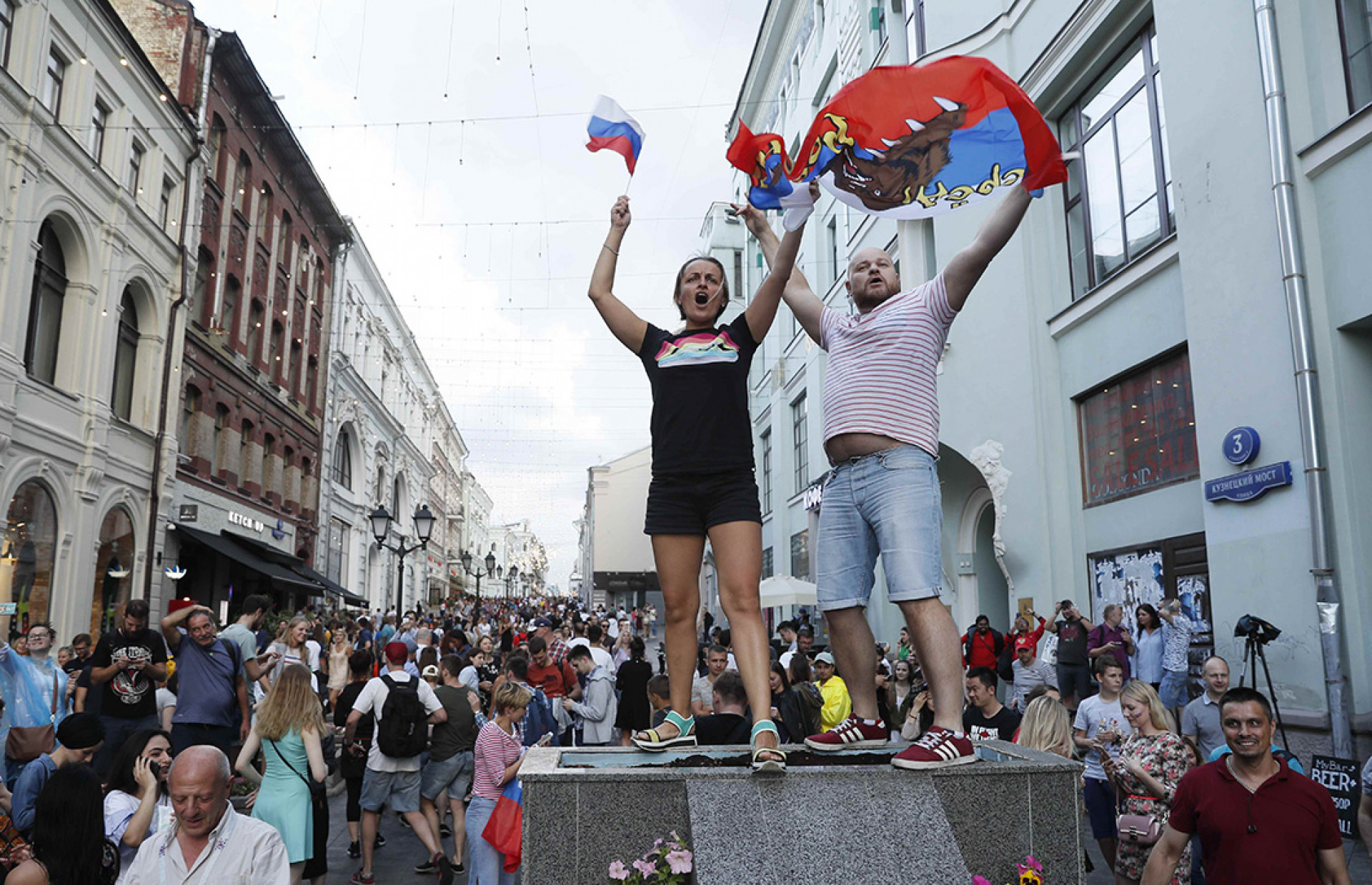 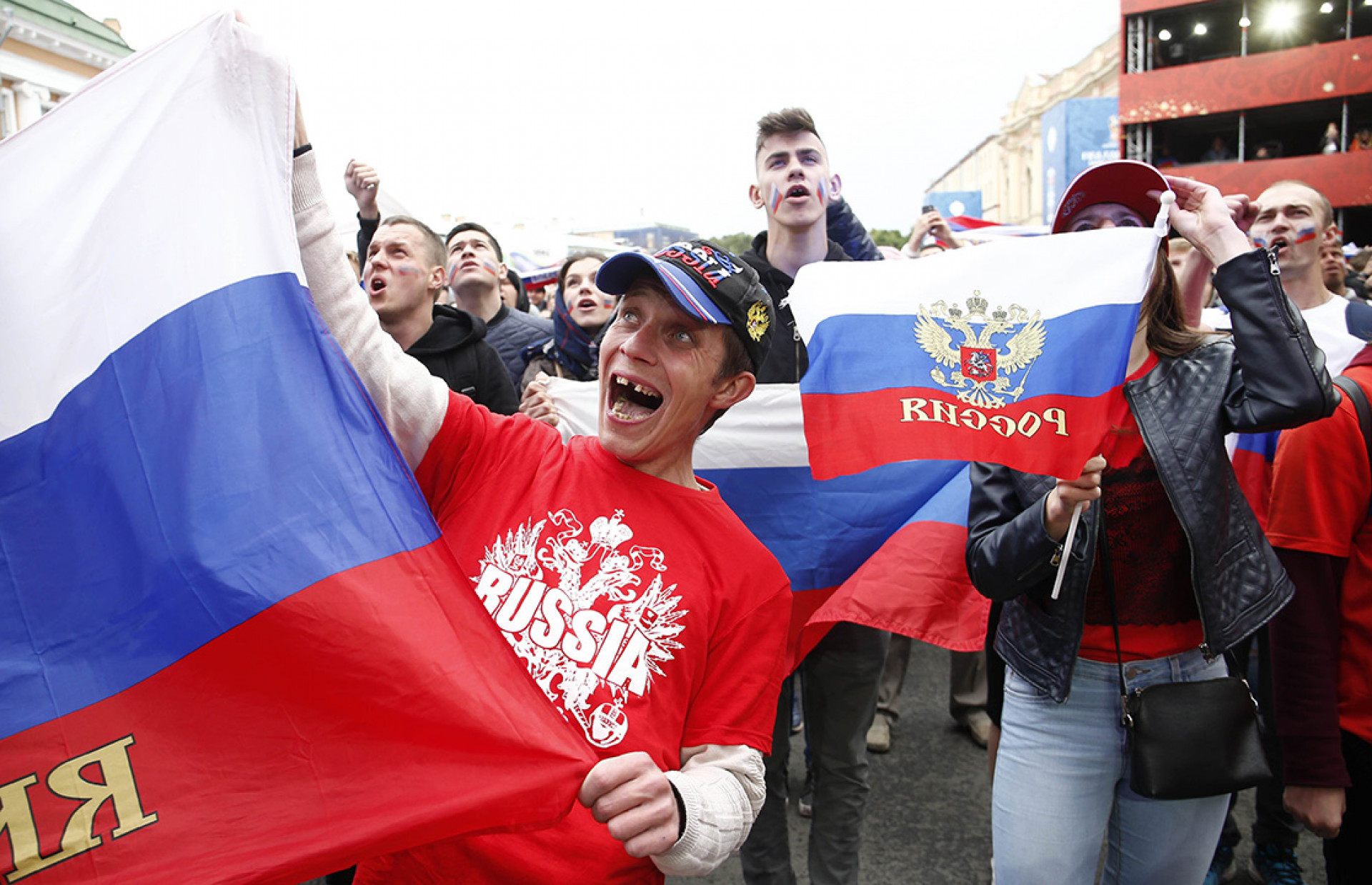 The victory over Spain will be the first time Russia enters the quarterfinals of the tournament since 1970. Anton Vaganov / Reuters 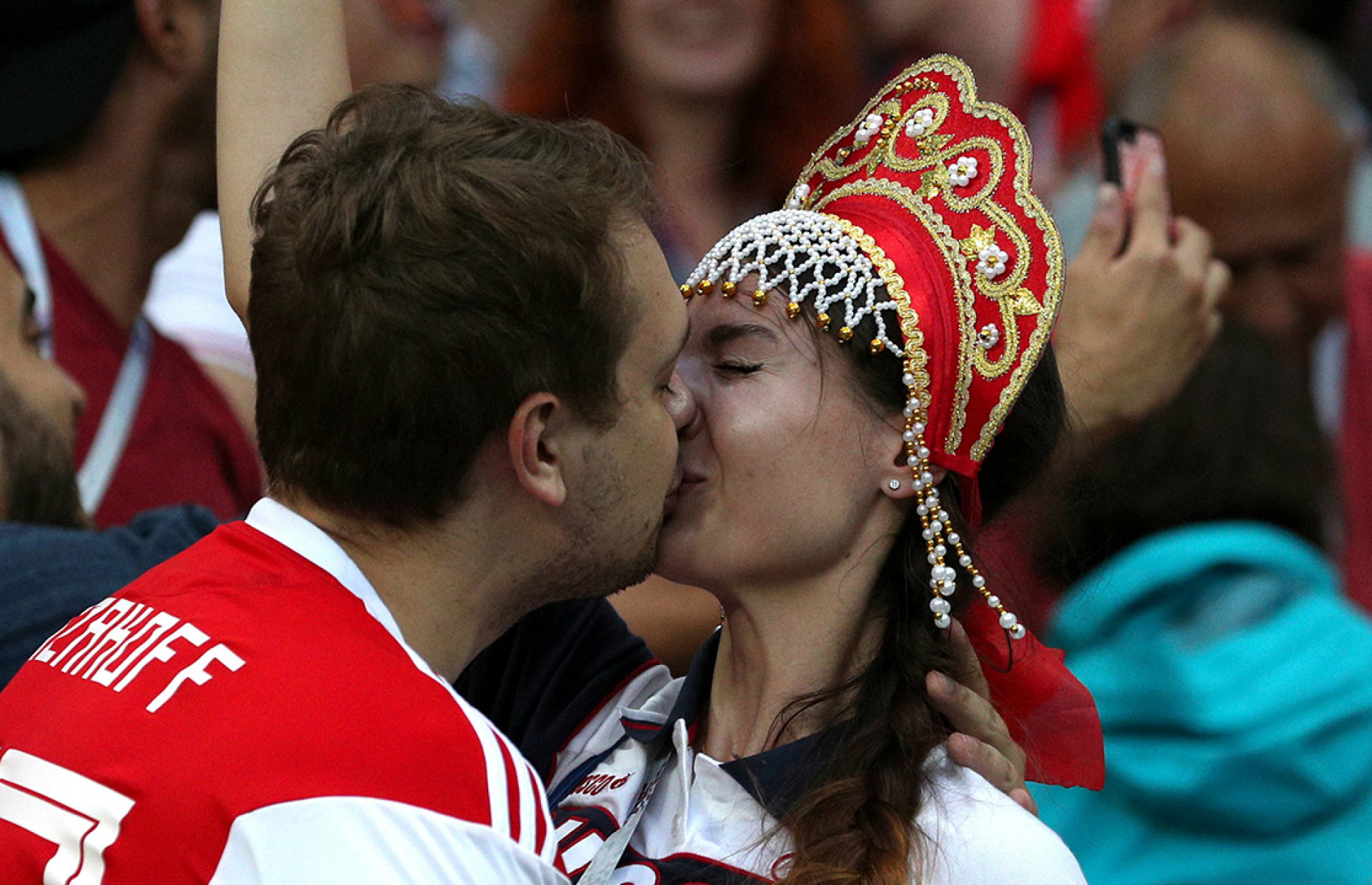 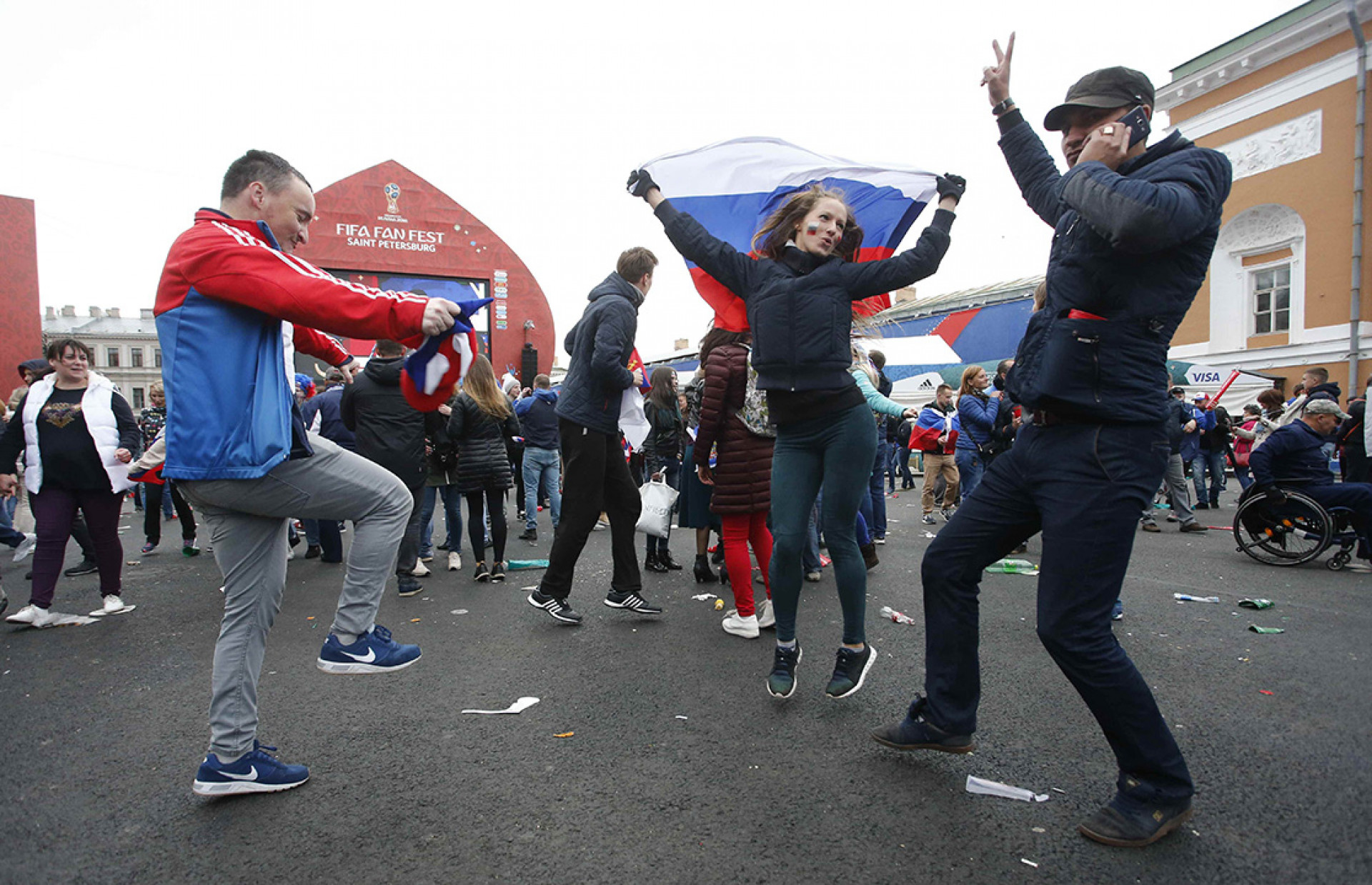 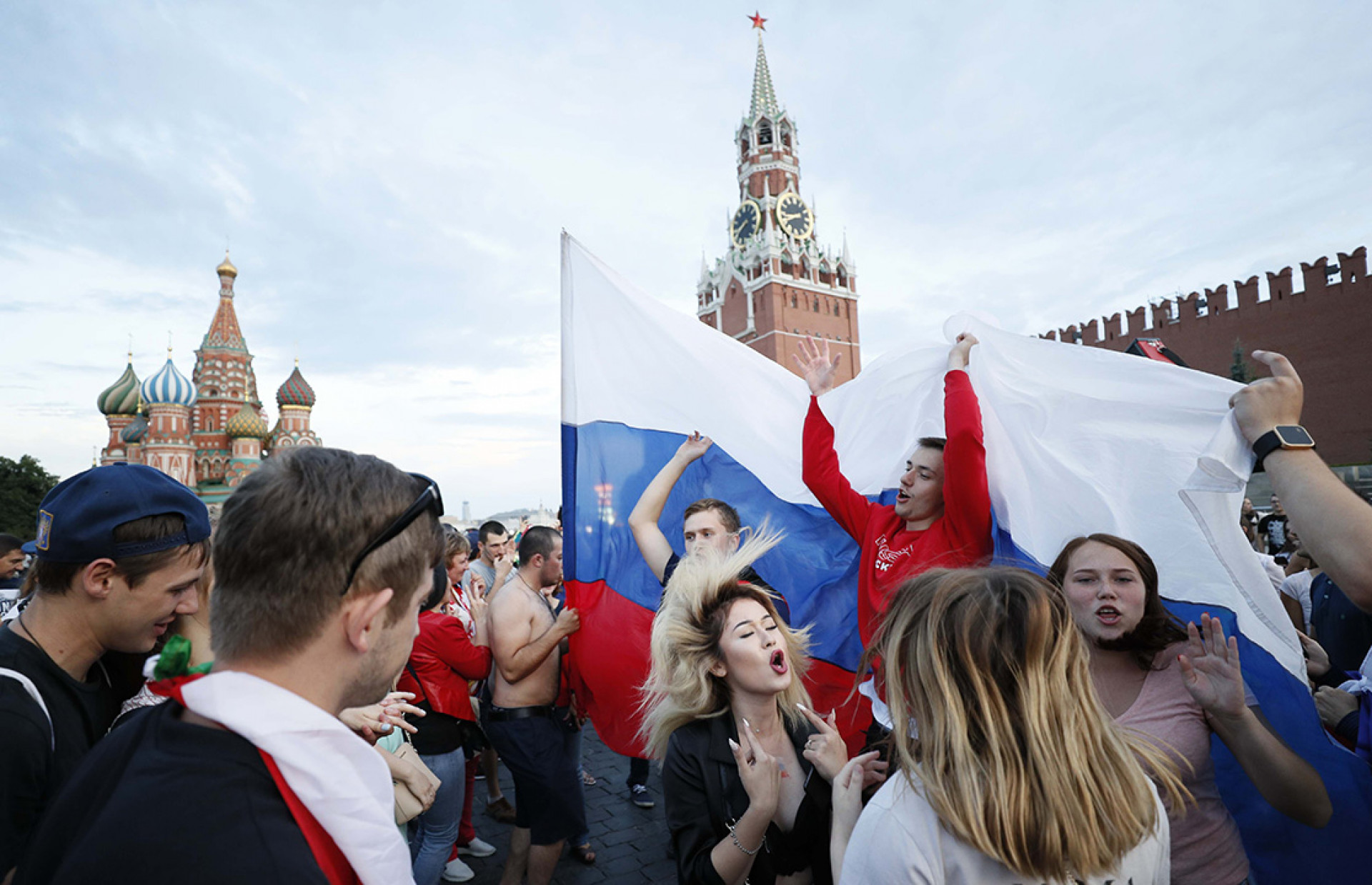 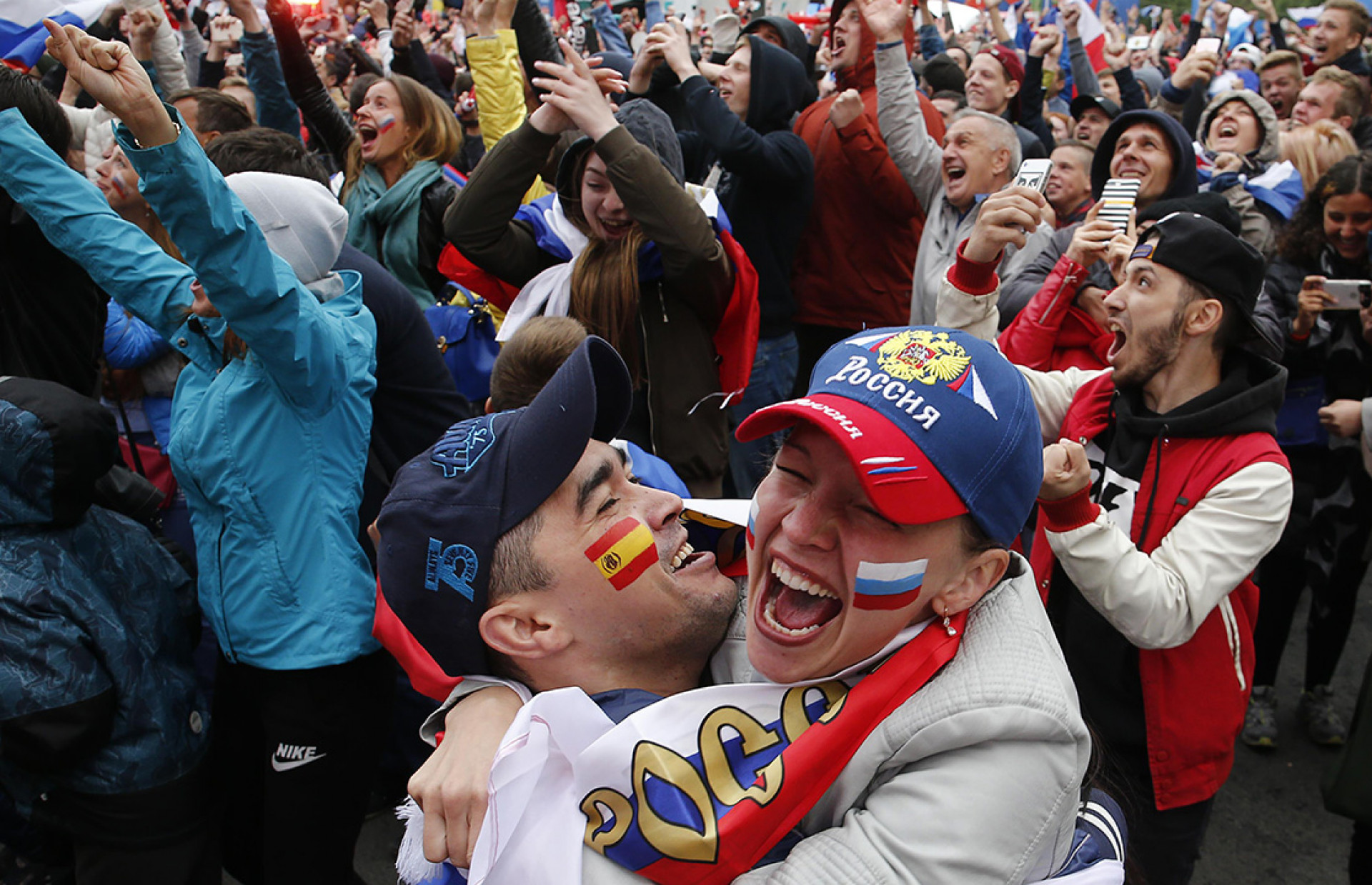 A Russian supporter hugs a Spain fan among the crowds. Anton Vaganov / Reuters 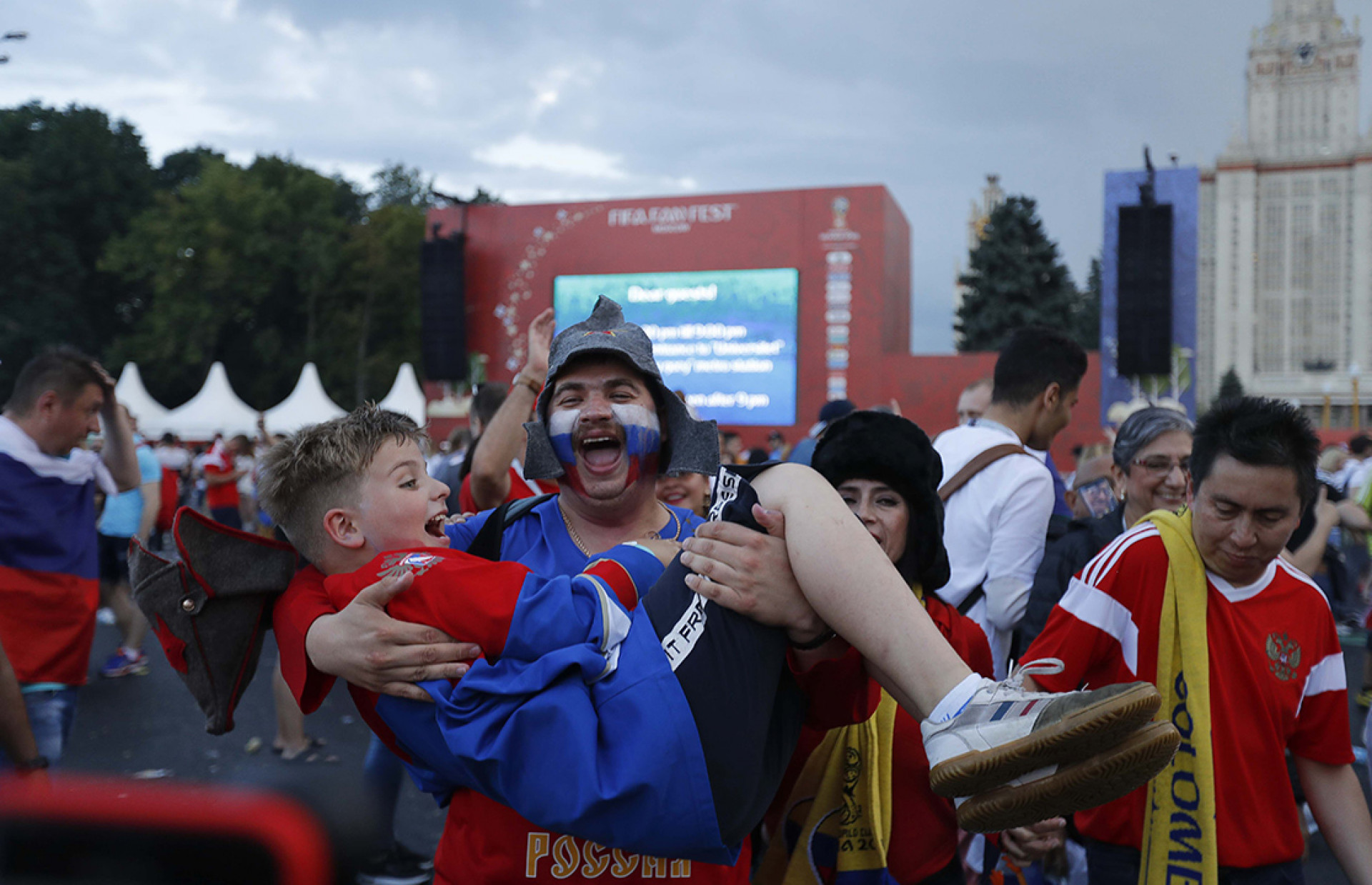 A young Russia fan is carried amid the celebrations. Sergei Karpukhin / Reuters 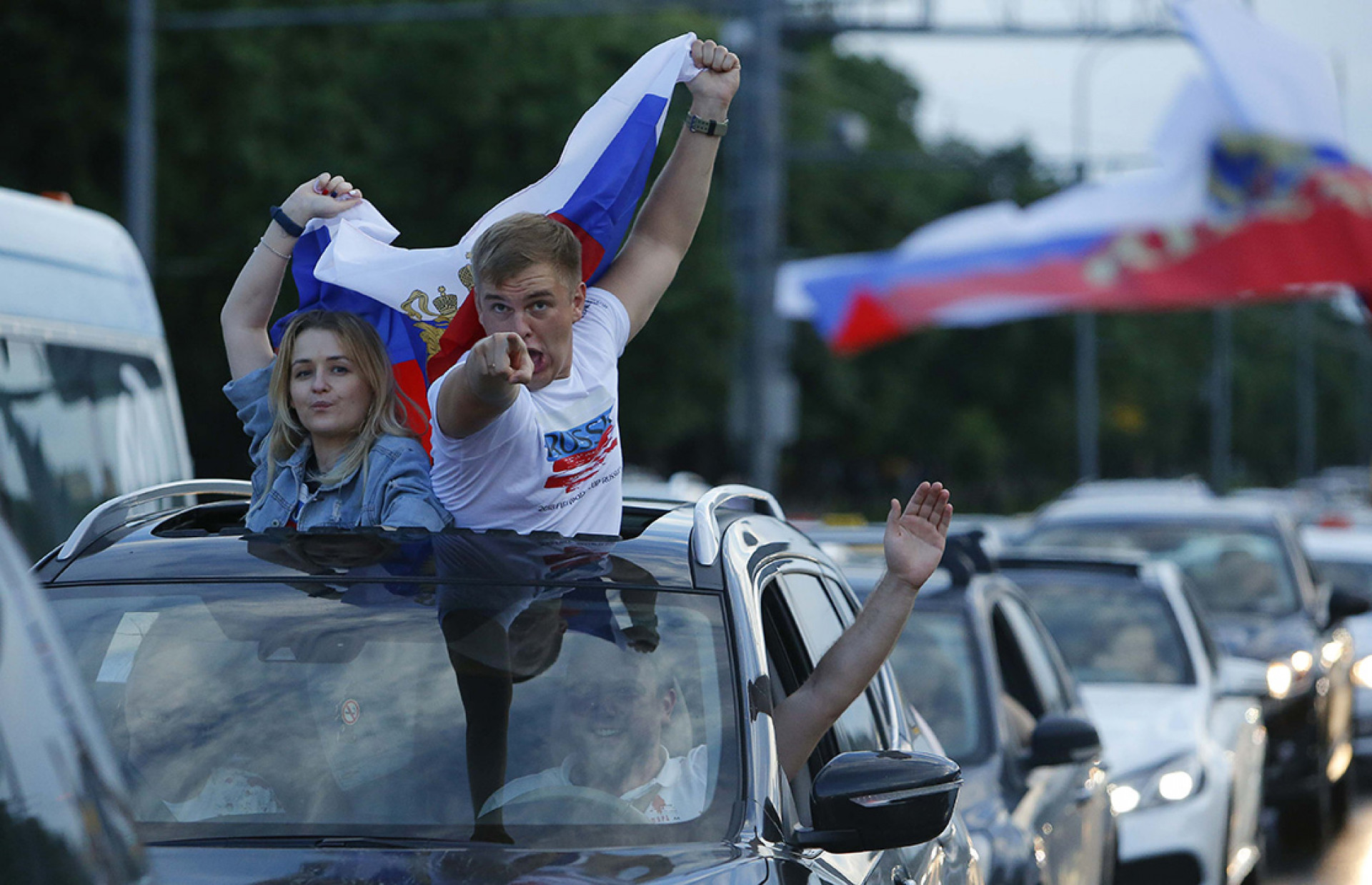 Fans were also celebrating in their vehicles. Sergei Karpukhin / Reuters 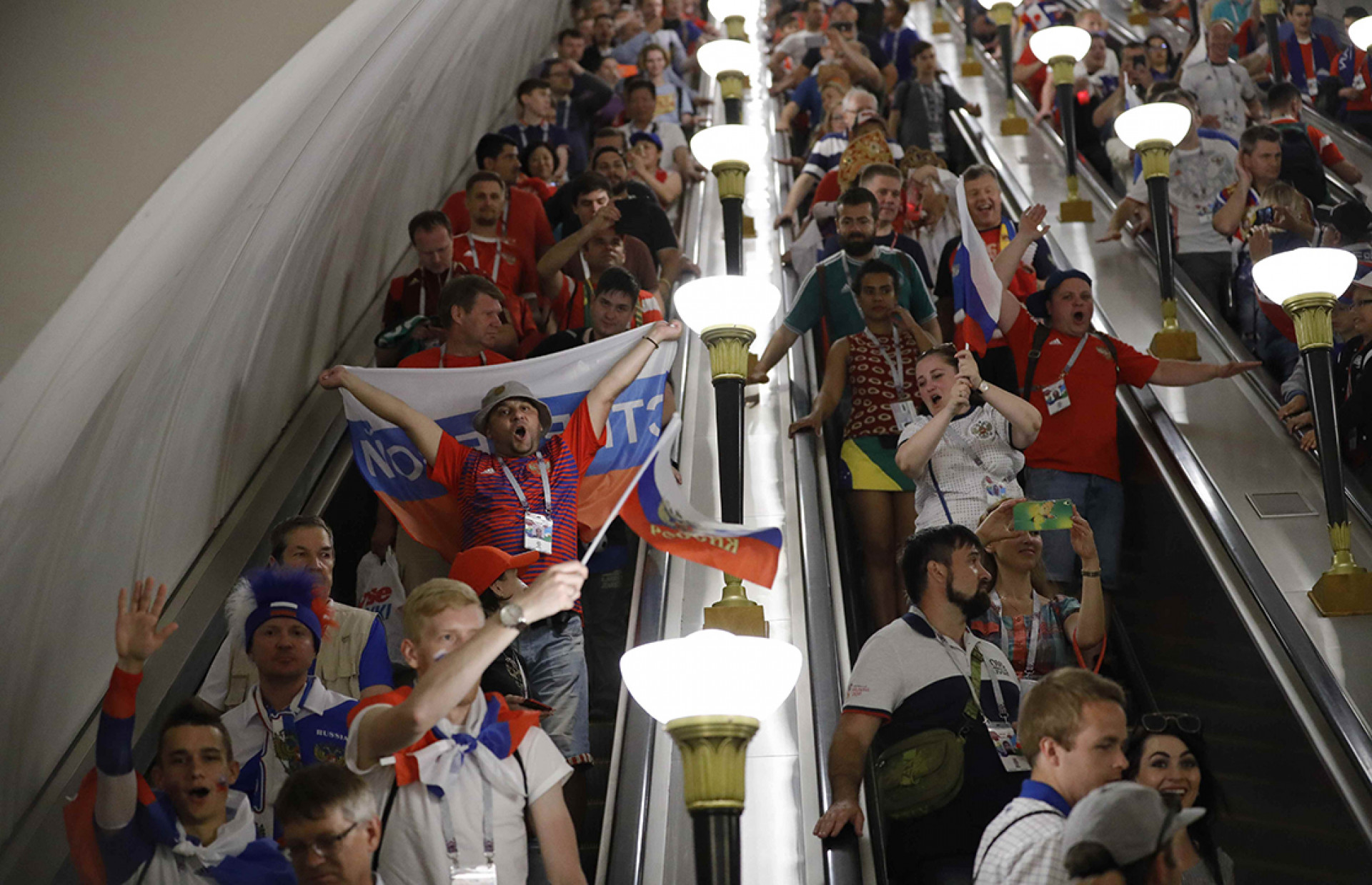 The jubilation didn't stop in the metro, as Russia fans continued their singing and chanting. Tatyana Makeyeva / Reuters 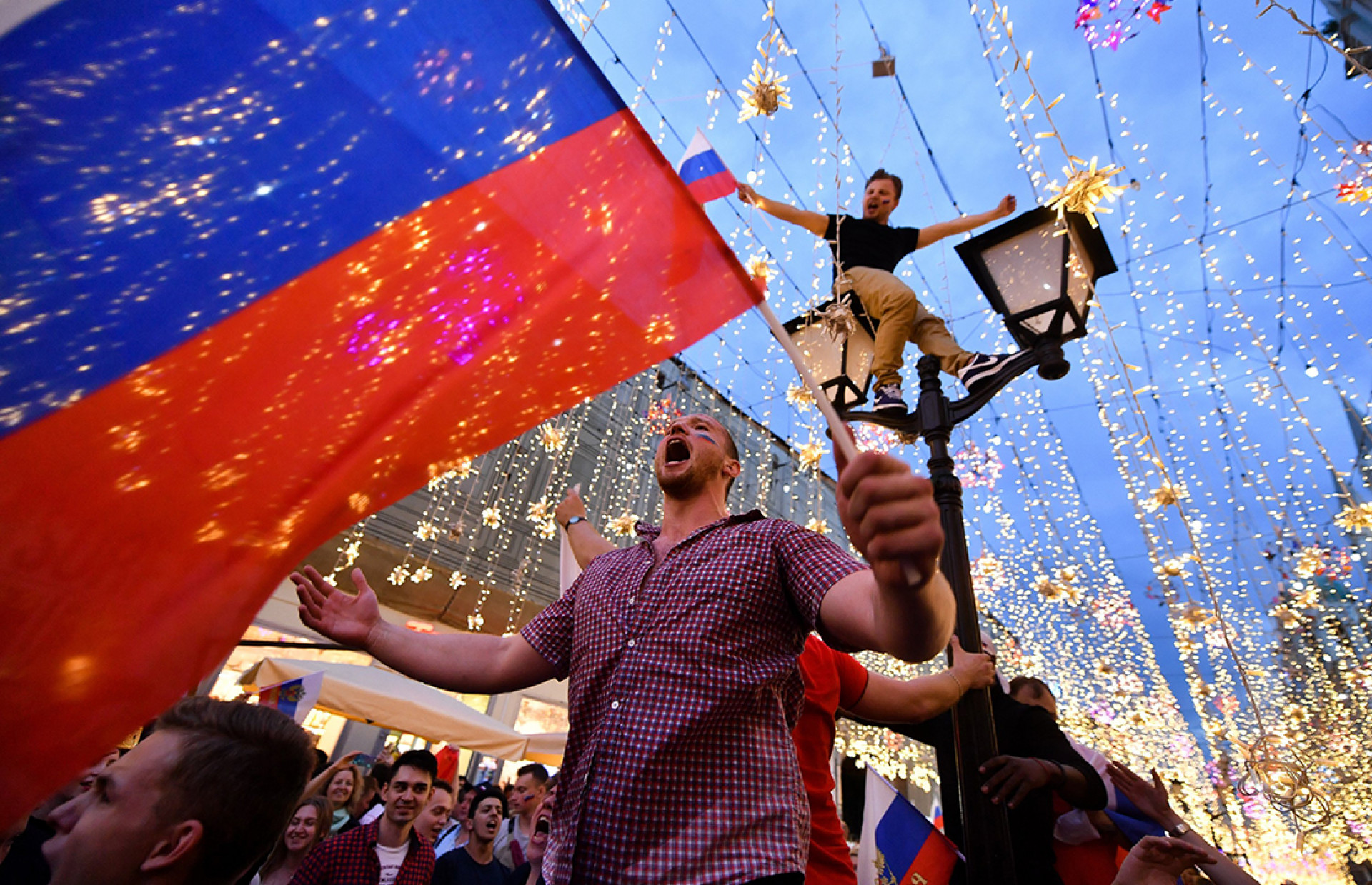 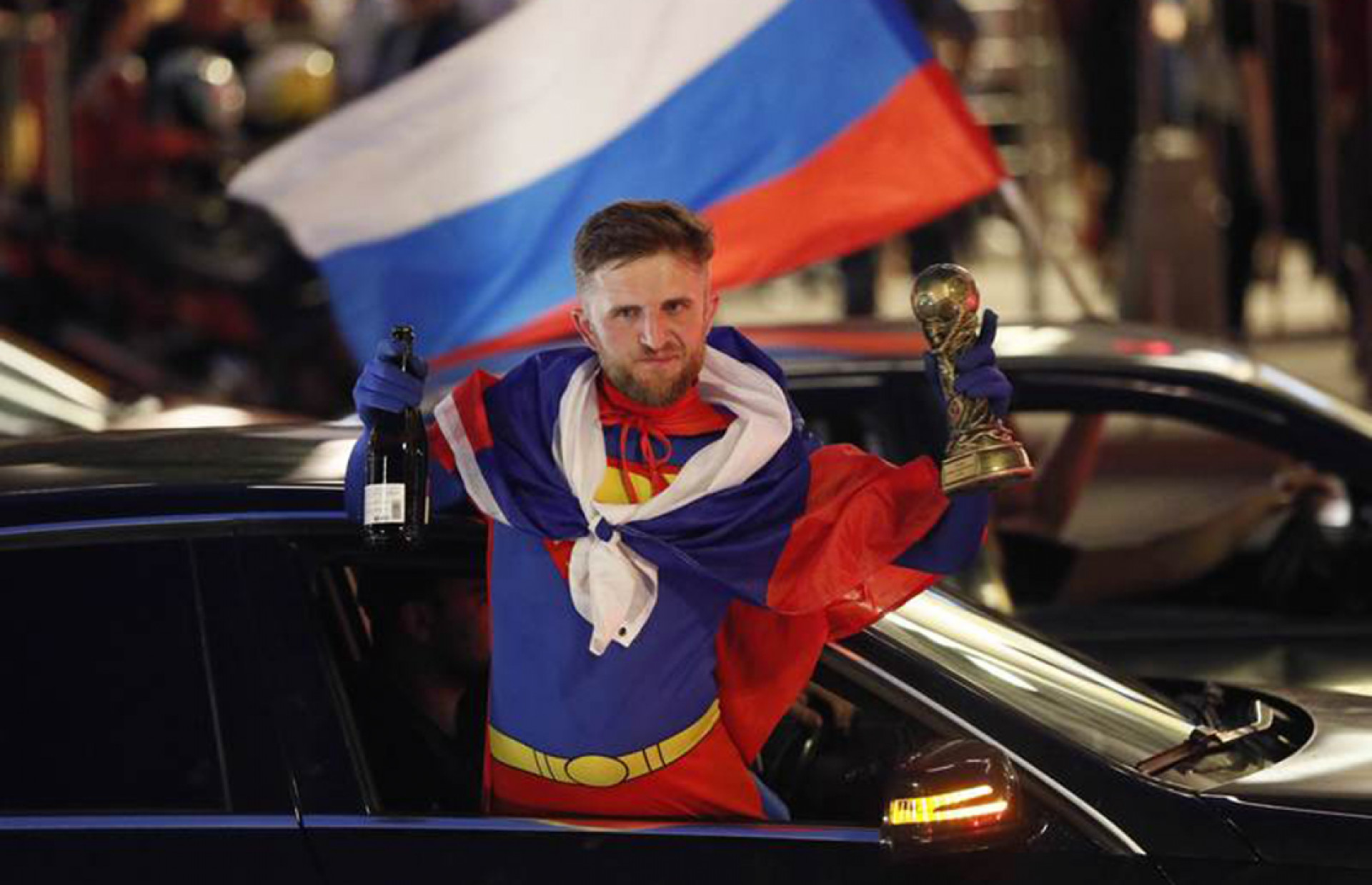 Russians across the country are elated with their team's unexpected victory over Spain in the World Cup round of 16 on Sunday. Russia won the game in a tense penalty shootout after overtime ended in a 1-1 draw. Before the game, critics and fans alike expected the match to be the end of the road for the national team. Now Russia will be heading into the quarterfinals for the first time since 1970.