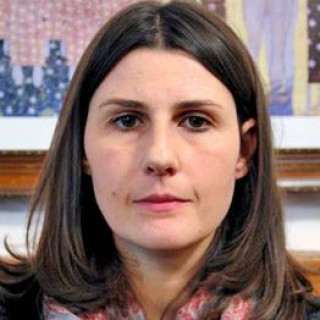 Madina, a stalwart woman in her late fifties with dyed blond hair and deep bags under her eyes, works at a roadside food stall on the outskirts of Nalchik, a provincial capital on Russia’s border with Georgia.

She sells beer, soft drinks and cold cuts of meat laid out on the counter on plastic trays. Madina looks calm, but her hands tremble as she pours me tea.

“At the end of December 2017,” she says, “I got a text message from an unknown number with just one sentence: ‘He’s in Iraq.’ It’s the last I’ve heard about my son.”

Russian jihadists have been joining the armed conflict in Syria since its early stages, but recruitment spiked in 2014, after the emergence of Islamic State, a banned terror group in Russia. By the spring of 2016 the Interior Ministry estimated the number of Russian citizens fighting for IS at 3,417.

Madina’s only son Nodar, his pregnant wife, Aisha and their 2-year-old daughter left for Syria in the spring of 2015. Madina says that her grandson was born in Syria in April 2015, the year Nodar’s family left Russia.

The day after Aisha gave birth, she was sent home: the hospital area had been heavily bombarded. It was not long before Nodar and Aisha understood that leaving home for the Middle East had been a mistake.

“Nodar asked me for money to send Aisha back to Russia with the kids,” Madina told me. “But soon after he said that it was ‘Too late.’”

“They had gone to Iraq,” Madina said. “IS took their documents, the roads were closed. Later, when we talked on Skype, Aisha whispered: ‘Mama, I’m looking for ways to escape.’”

On Aug. 28, 2017, Madina’s son and his family surrendered to the Peshmerga, Iraqi-Kurdish fighters, near the town of Tal-Afar, not far from Mosul. She shows me a video: a long line of bearded jihadi men taken captive. The camera moves from one face to another. The last one is Nodar.

After they surrendered, Nodar was separated from Aisha and the children. She is currently in Baghdad prison facing a life sentence for joining IS; the children are with her. Nodar's whereabouts are not known.

Madina is one of hundreds of desperate Russian mothers praying that the Russian government will help find their children and grandchildren, and bring them home from Syria and Iraq.

IS attracted thousands of Russians with its promises of an Islamic utopia and what it called “five-star jihad.” Hundreds of men seduced by the terror group’s slick propaganda left with their wives and children to start new lives in “the lands of Islam.”

Often husbands lied and blackmailed women into leaving. “He told my daughter Seda they were going on vacation in Turkey,” says Malika, a Chechen mother, who has not heard from her daughter since July 2017.

“She took her bathing suit, perfume and epilator. When they got to Turkey, though, he told her they would be resettling in Syria.”

“In Islam, women have to follow their men,” Malika explained to me. “Soon after their resettlement, Seda tried to escape but her husband demanded that she left their daughter behind. ‘The girl will remain in the Caliphate,’ he said. So Seda also stayed.”

Now, that IS has been all but defeated, hundreds of Russian men and women have surrendered or been captured by paramilitary groups or government forces in Syria and Iraq.

Their small children, having already lived through the horrors of war, are incarcerated with their mothers in miserable conditions of overcrowded jails where they are sick, freezing, malnourished and subject to hatred and revenge from their captors – many of whom suffered savage violence at the hands of IS.

The precise whereabouts of many of these women and children are unknown. Information often leaks by chance, when women manage to bribe or charm their captors into letting them use their cell phones.

Last August the Chechen leader Ramzan Kadyrov returned the first Chechen child from Iraq. His Middle East aide, a Russian senator of Syrian descent, Ziyad Sabsabi, with support of the Foreign Ministry began to search for Russian women and children in detention facilities across Syria and Iraq. Since then 24 women and 74 children have been returned to Russia, according to the ministry.

Russian President Vladimir Putin has backed Kadyrov in his efforts to repatriate the children. Desperate relatives have flocked to Chechnya, where a pro-government NGO is tasked with collecting names and managing communications with the families. As of May 2018, its list contains the names of 1,521 women and children who still remain in Syria and Iraq.

I still can’t believe I’m alive, my children are fed and all of this fear and horror are in the past

Russian law stipulates that the voluntary surrender of armed groups exempts the members from criminal liability, unless other crimes have been committed. Therefore, most of the repatriated Russian women have been freed by authorities upon their return.

Returnees in Dagestan, however, have been arrested. Their voluntary statements of surrender have “disappeared” from their case files.

Several women have already been sentenced to terms of four to eight years in prison, which they can serve after their children come of age.

“I still can’t believe I’m alive, my children are fed and all of this fear and horror are in the past,” says Zagidat, a Dagestani mother of four who hopes her conviction will be reversed on appeal.

Victoria, is also Dagestani but left to join IS from Moscow and is awaiting her trial in a Moscow detention center. Her daughter, Fatima, born in Raqqa in 2015, now lives with her grandmother while her one-year old brother Zubair remains in Syria.

“Zubair’s father forced Victoria to leave the boy behind. He gave Zubair to his fourth wife and promised that if he was killed the child would be returned to my daughter,” Fatima’s grandmother explained.

In December 2017, the flow of returning women stopped. Alexander Bortnikov, director of the Federal Security Service (FSB), said the return of former IS fighters to Russia represented a serious threat.

Last April in Iraq at least 21 Russian women were sentenced to life in prison for joining IS, without due process or legal assistance. Another 42 women are awaiting sentencing. Iraqi authorities are reluctant to deport them to Russia, because its society, eager for redress, wants to see the women of IS punished.

The Russian authorities apparently remain committed to bringing the children back. It is more complicated with the women. Sources close to Foreign Ministry decision-makers say that Russian diplomats will try to ensure that no death penalties are given to women and that they may try to have them deported after sometime.

Women in IS were overwhelmingly non-combatants, segregated, not allowed to see other men and in the near constant cycle of birth and breastfeeding.

Bringing these women home, putting them through rehabilitation and deradicalization programs, reintegrating and rehabilitating their children rather than letting them languish in prisons in the Middle East is not just an act of humanity.

Their rescue and compassionate treatment would be a very effective mechanism of preventing violent extremism in Russia. Their stories and testimonies will be the most powerful counter-narratives to ultra-radical Islamist ideologies and the most effective vaccine against future waves of mobilization under jihadist flags.

Ekaterina is Director at Conflict Analysis and Prevention Center. The views expressed in opinion pieces do not necessarily reflect the position of The Moscow Times.

Thanks for signing up!
Read more about: Islamic State

A court has handed a guilty verdict to the terror plot suspect.
Chechnya

Iraq has held around 150 Russian women and children since the defeat of Islamic State last year.
Dagestan

The militants opened fire after being ordered to lay down their arms and were shot dead.
Syria