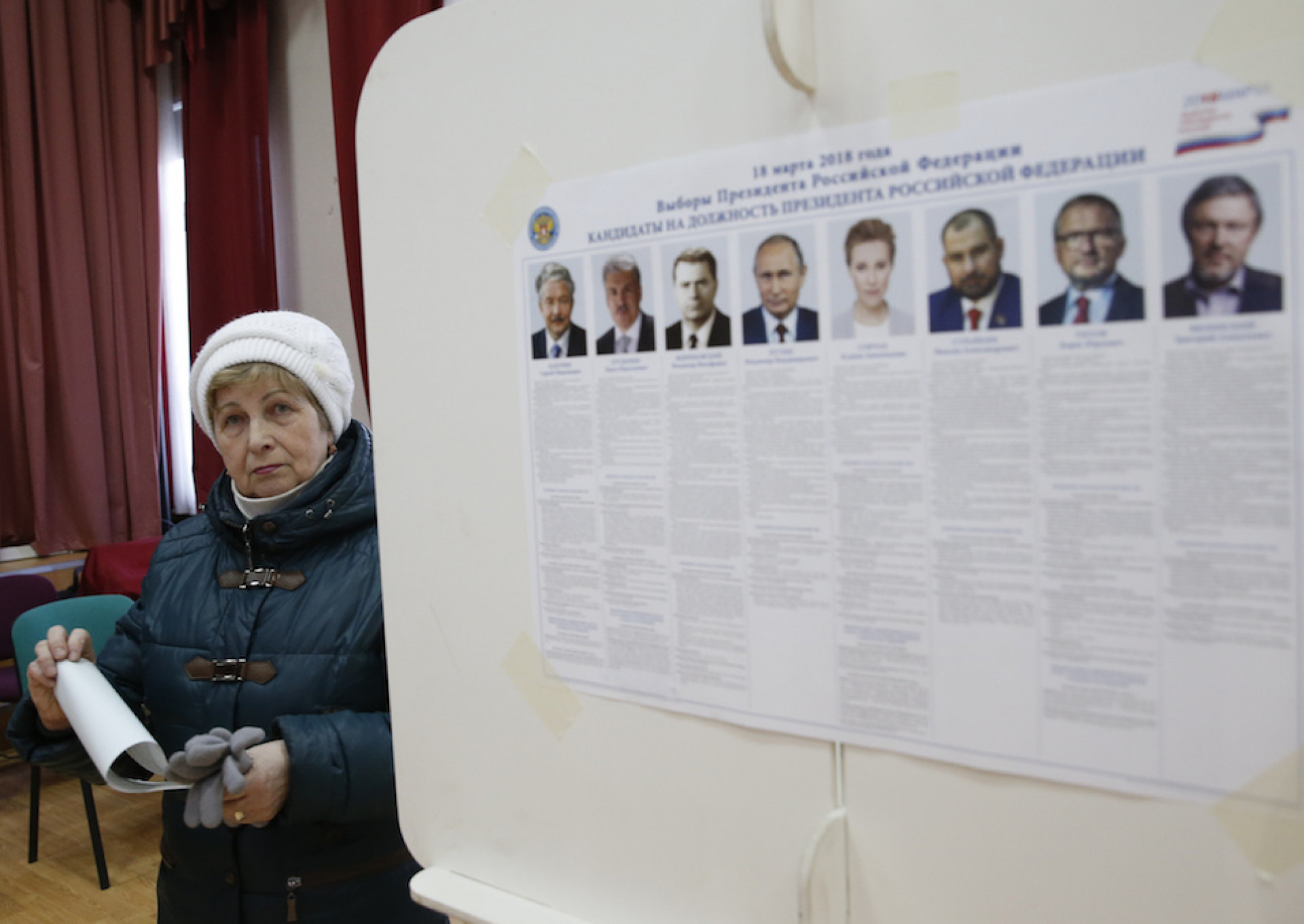 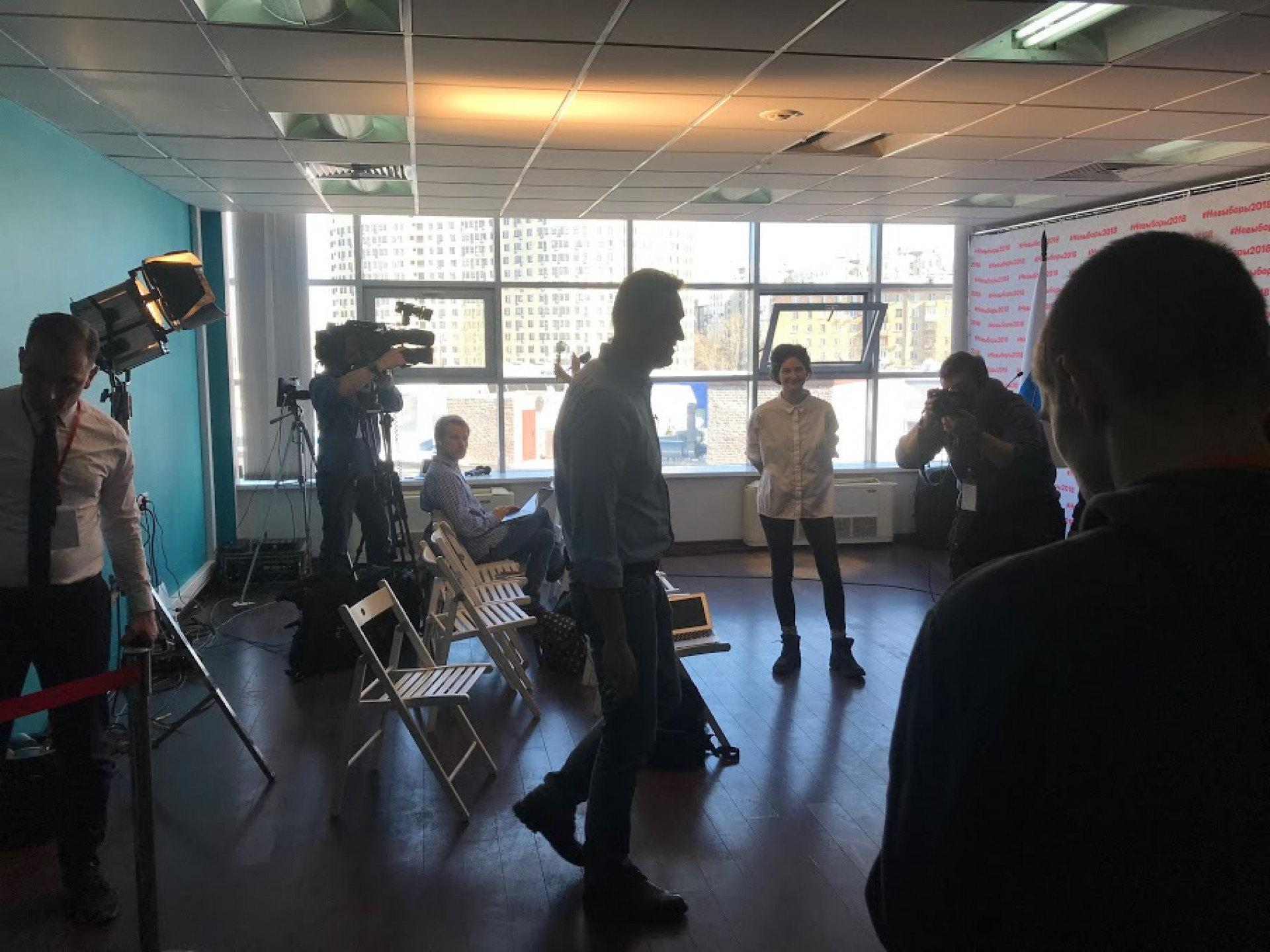 Notably absent from the ballot was Alexei Navalny, who has been barred from running over charges his supporters say are politically motivated. Instead, some 30,000 volunteer observers monitored the voting process throughout the country as part of Navalny's campaign. Evan Gershkovich / MT 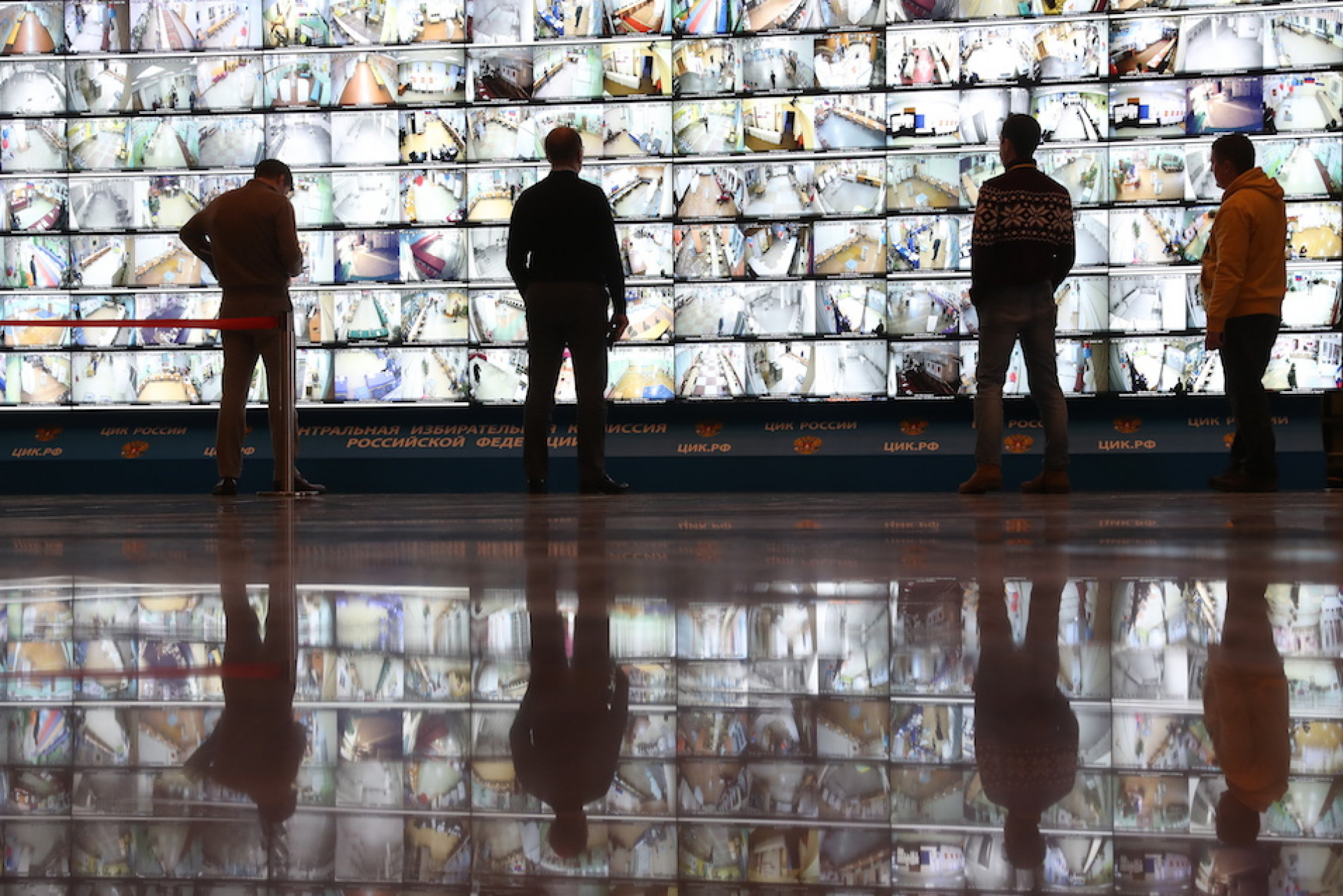 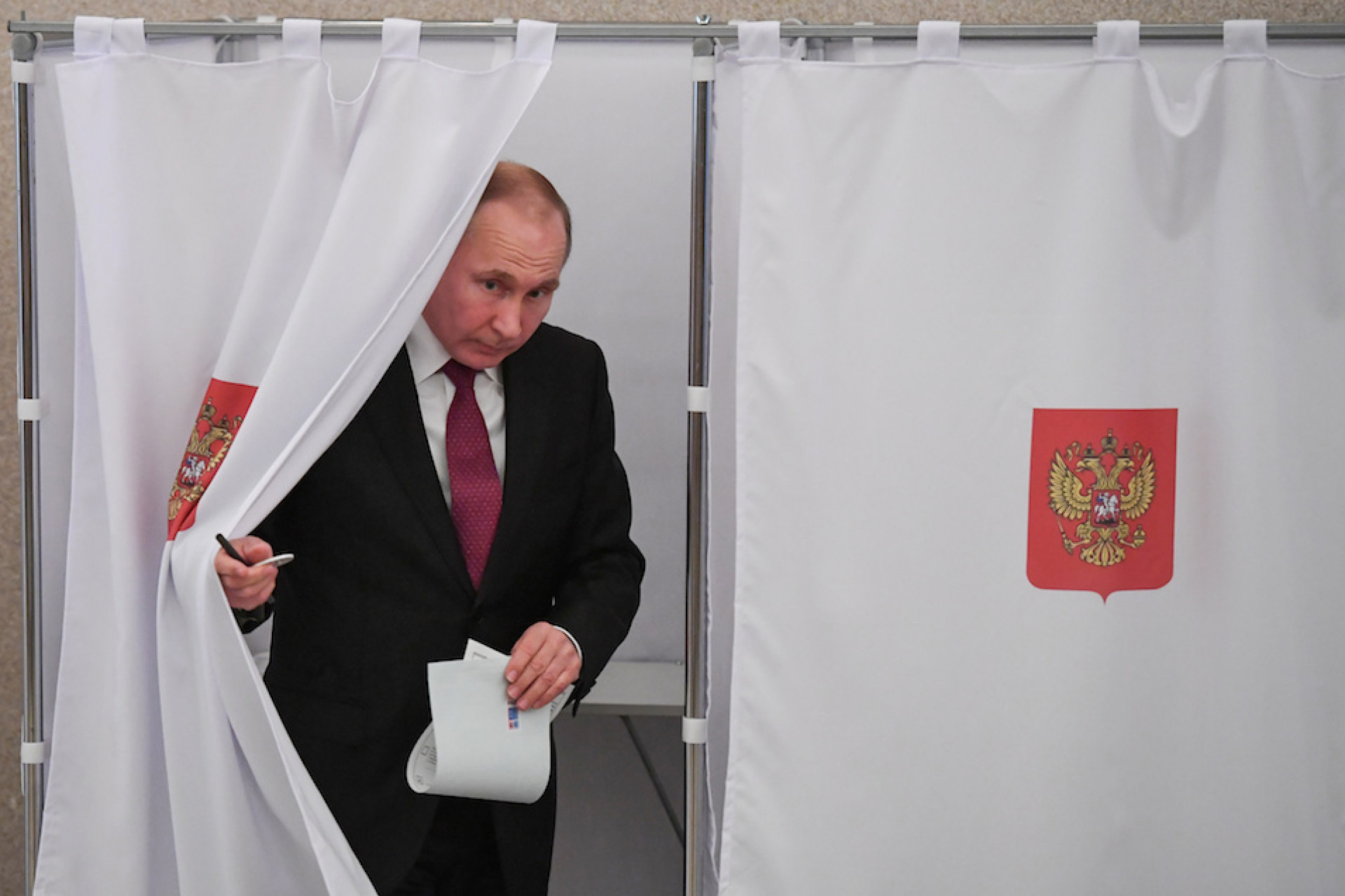 Vladimir Putin is widely expected to win a fourth term by a huge margin and extend his rule until at least 2024. Yuri Kadobnov / Reuters 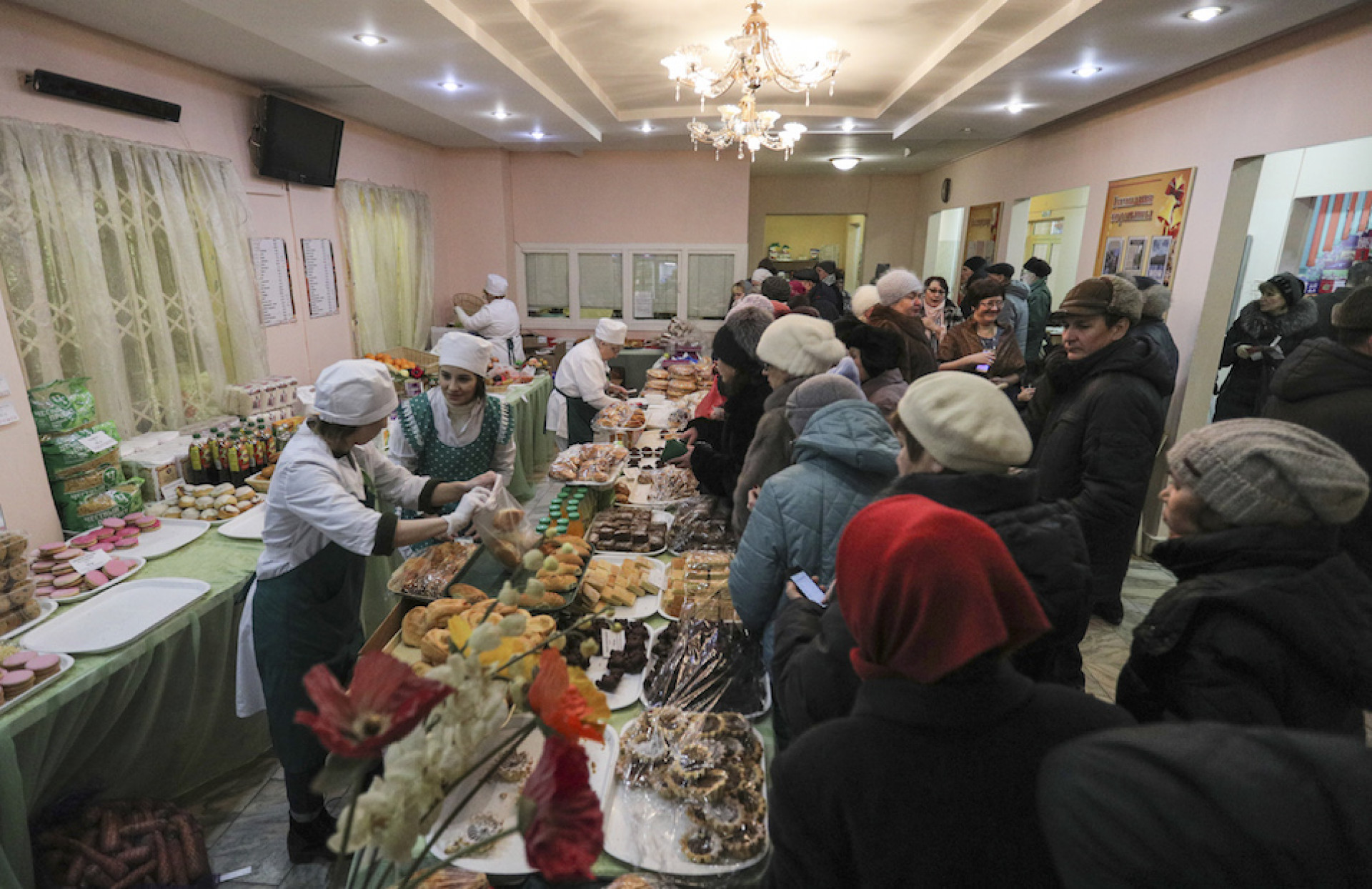 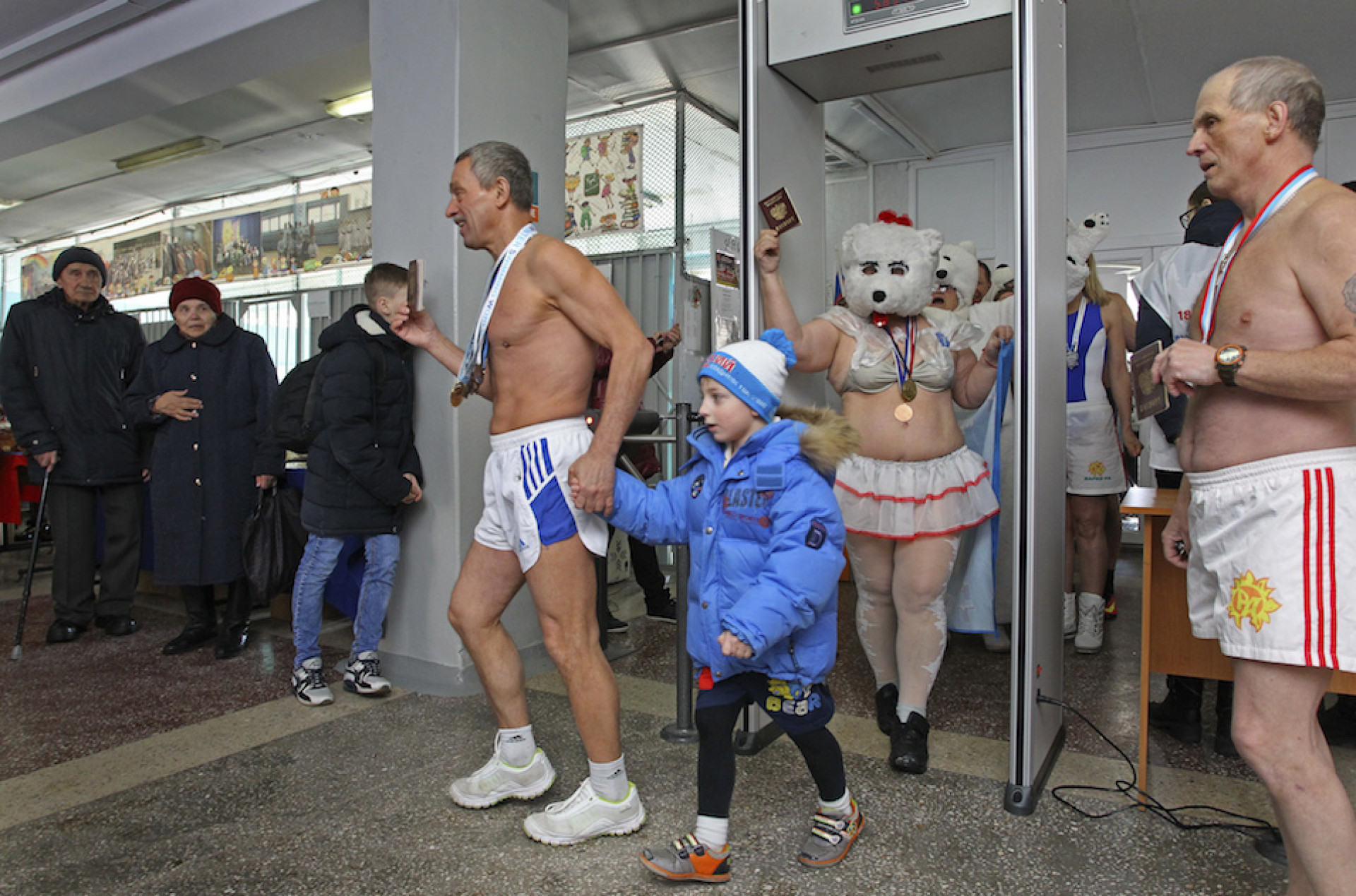 In Barnaul, members of a swimming club took the festive spirit one step further by taking their clothes off. In the Siberian city of Omsk, voters stood a chance of winning an iPhone for dressing up creatively. Andrei Kasprishin / Reuters 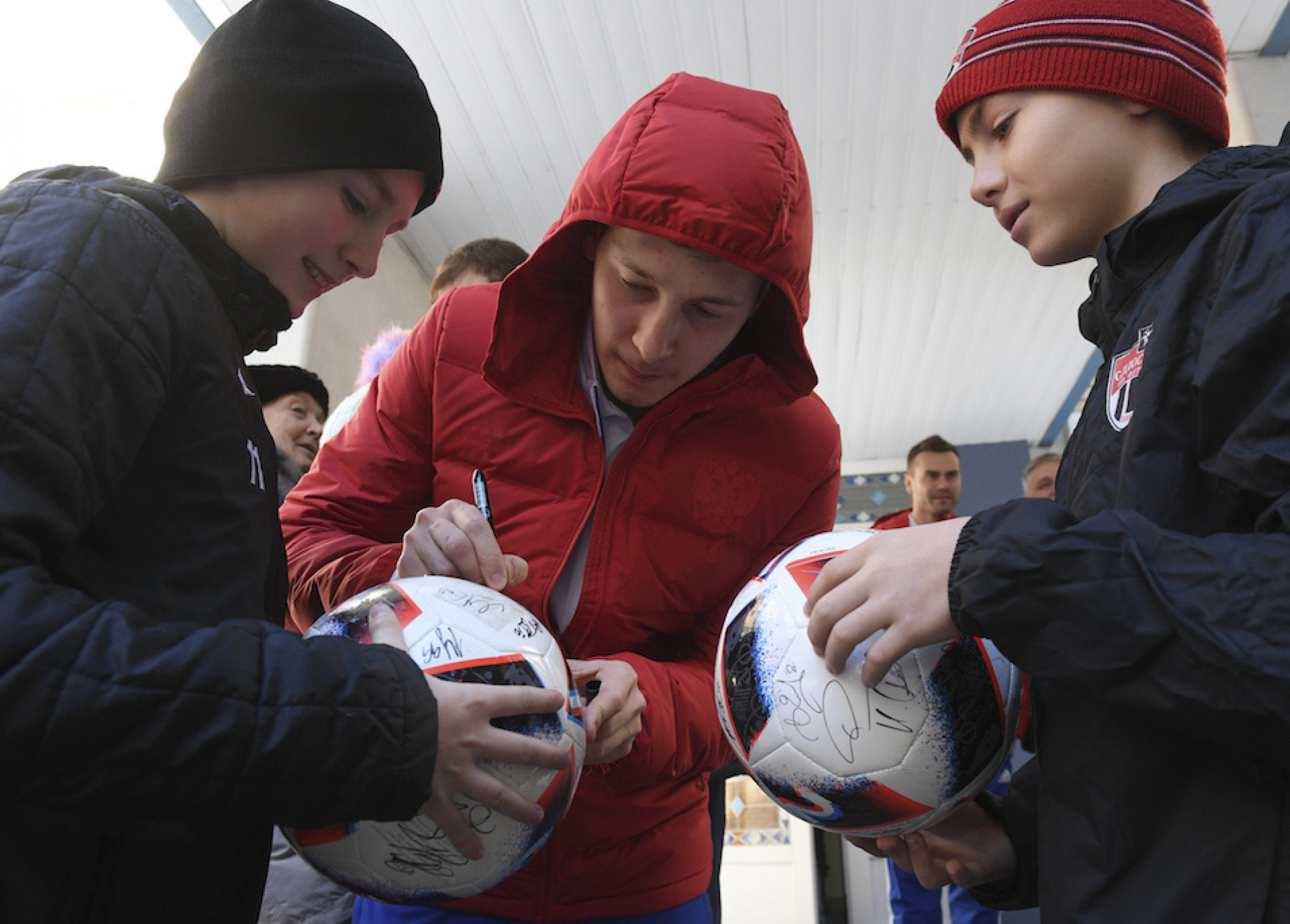 The Russian national football team showed up to vote as a group, giving autographs and chatting to fans at the Novogorsk training center outside Moscow. Alexander Fyodorov / Reuters 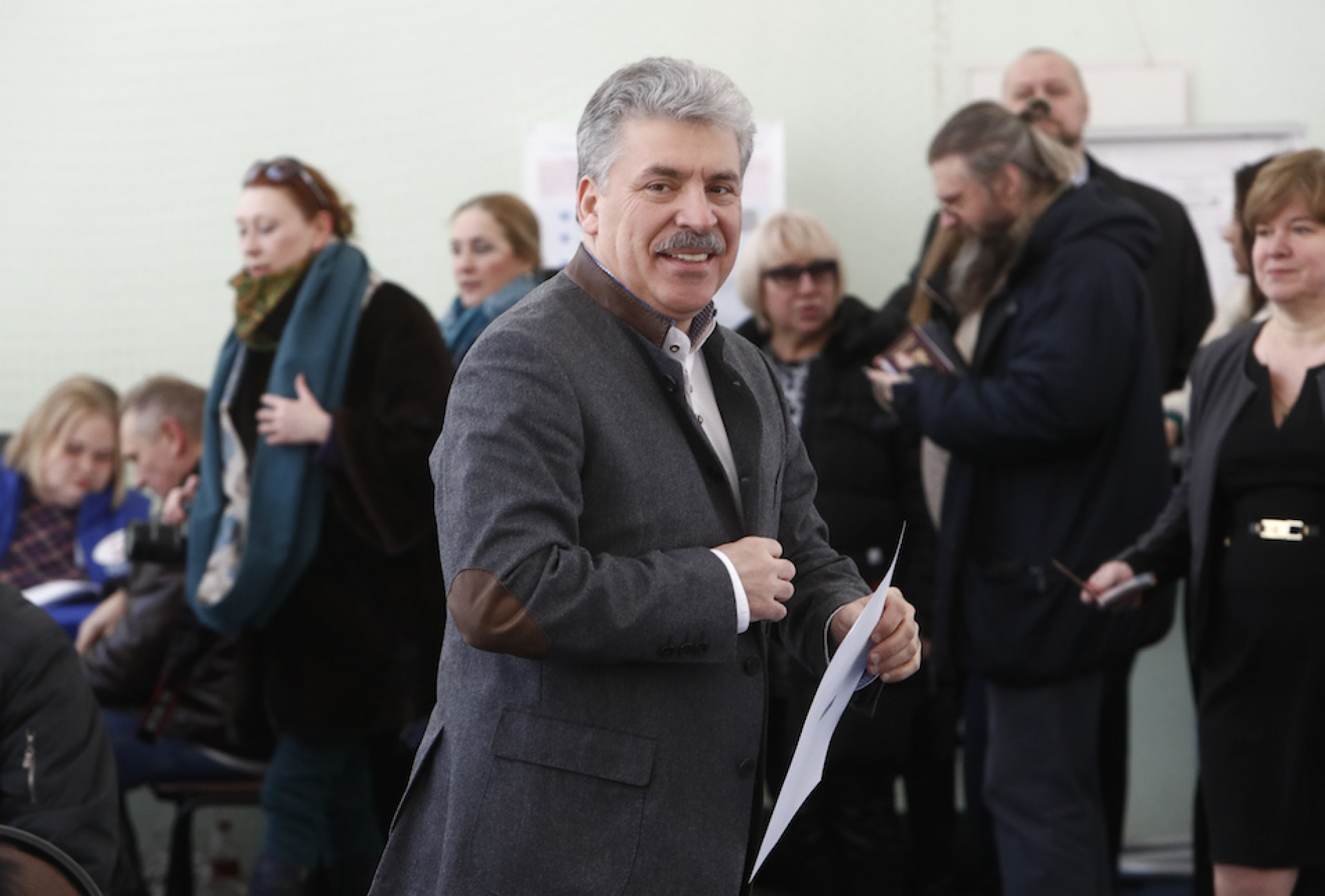 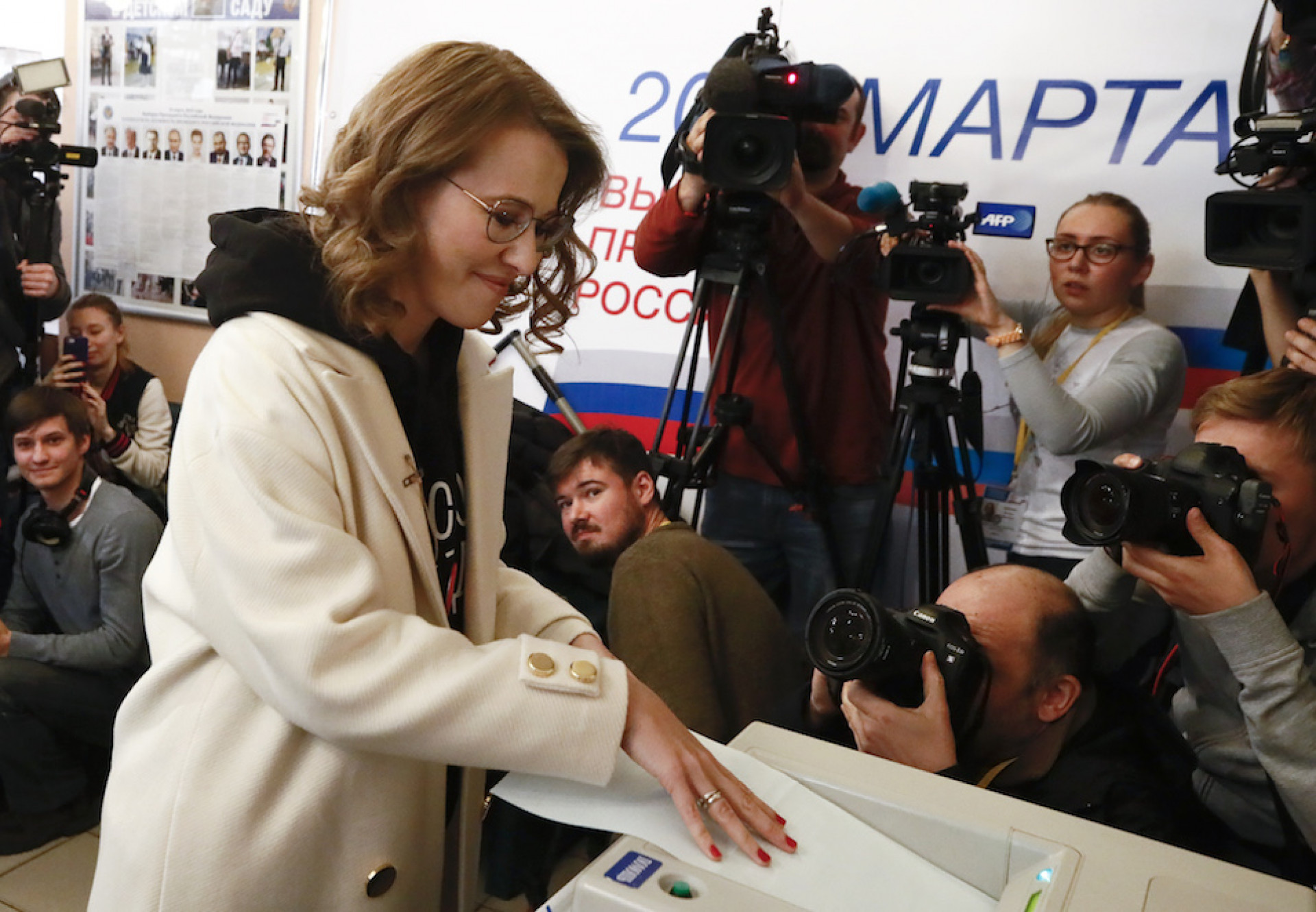 The 2018 campaign has established Ksenia Sobchak as a political player. Earlier this week she announced the launch of a political party with opposition politician Dmitry Gudkov. Maxim Shemetov / Reuters 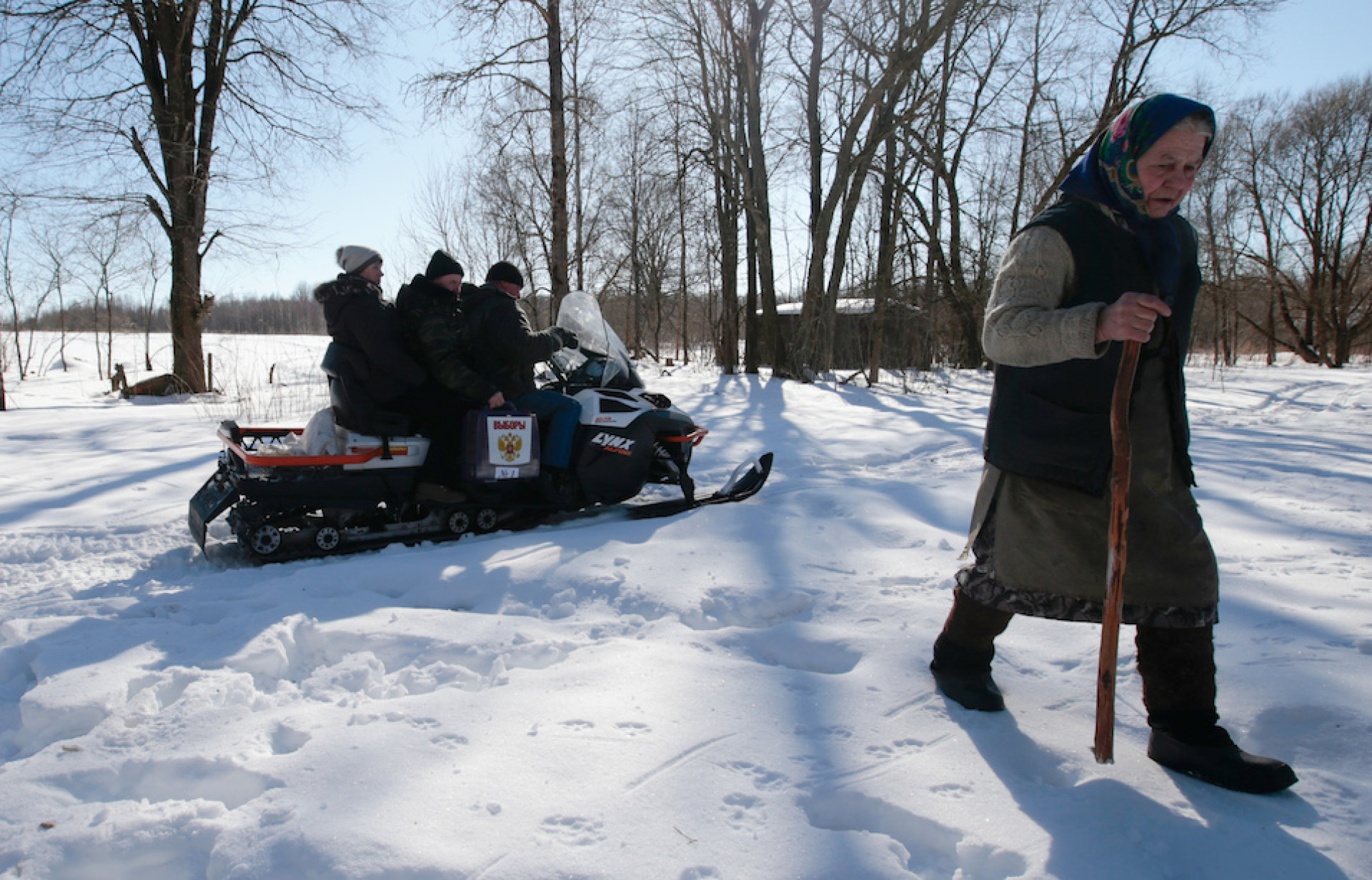 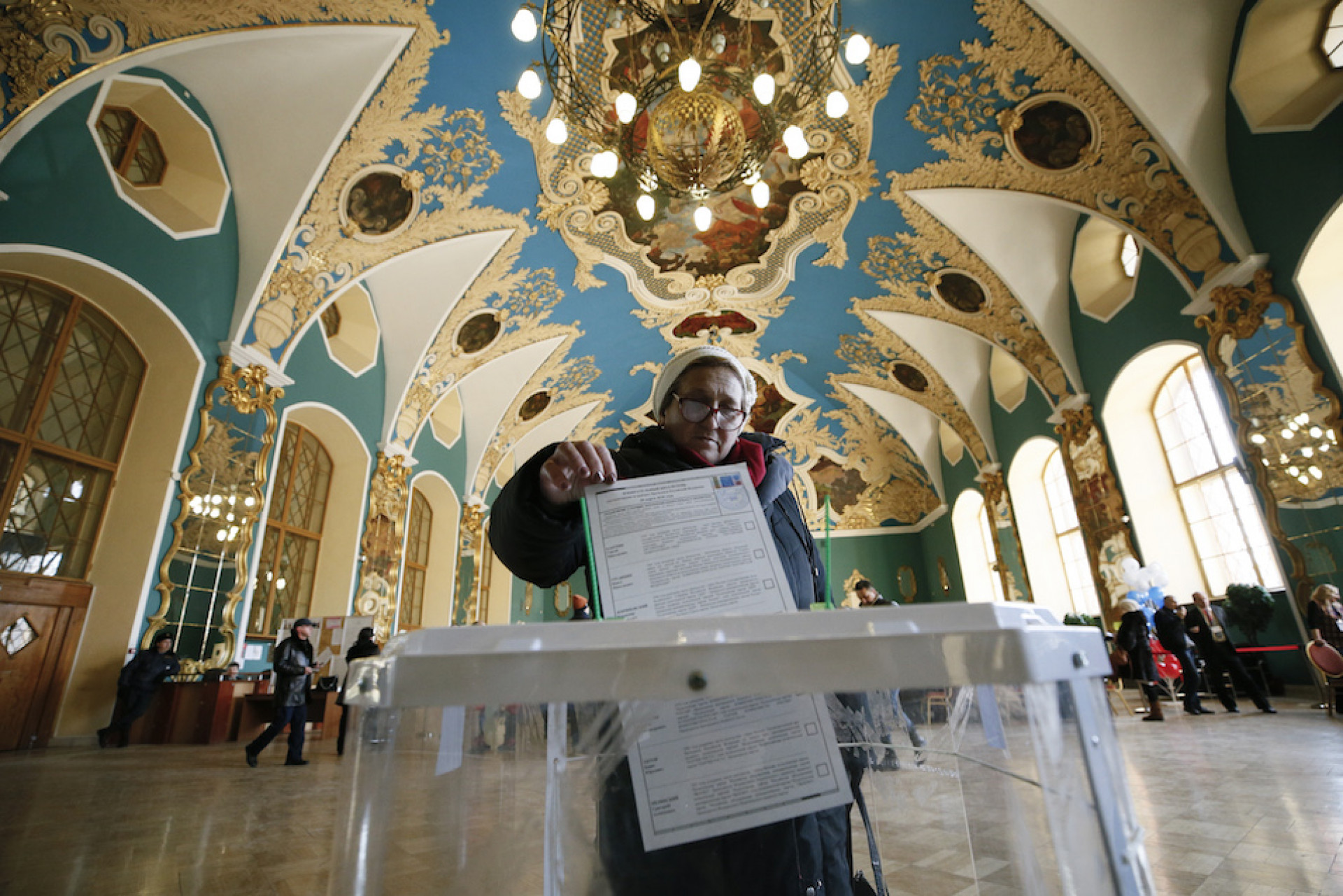 Russians on Sunday headed to the polls to cast their votes in presidential elections. With Vladimir Putin all but guaranteed victory, the vote was mostly about the turnout: After months of being encouraged to vote by state media, music videos and government officials, would Russians show up en masse and give their overwhelming support to Vladimir Putin?