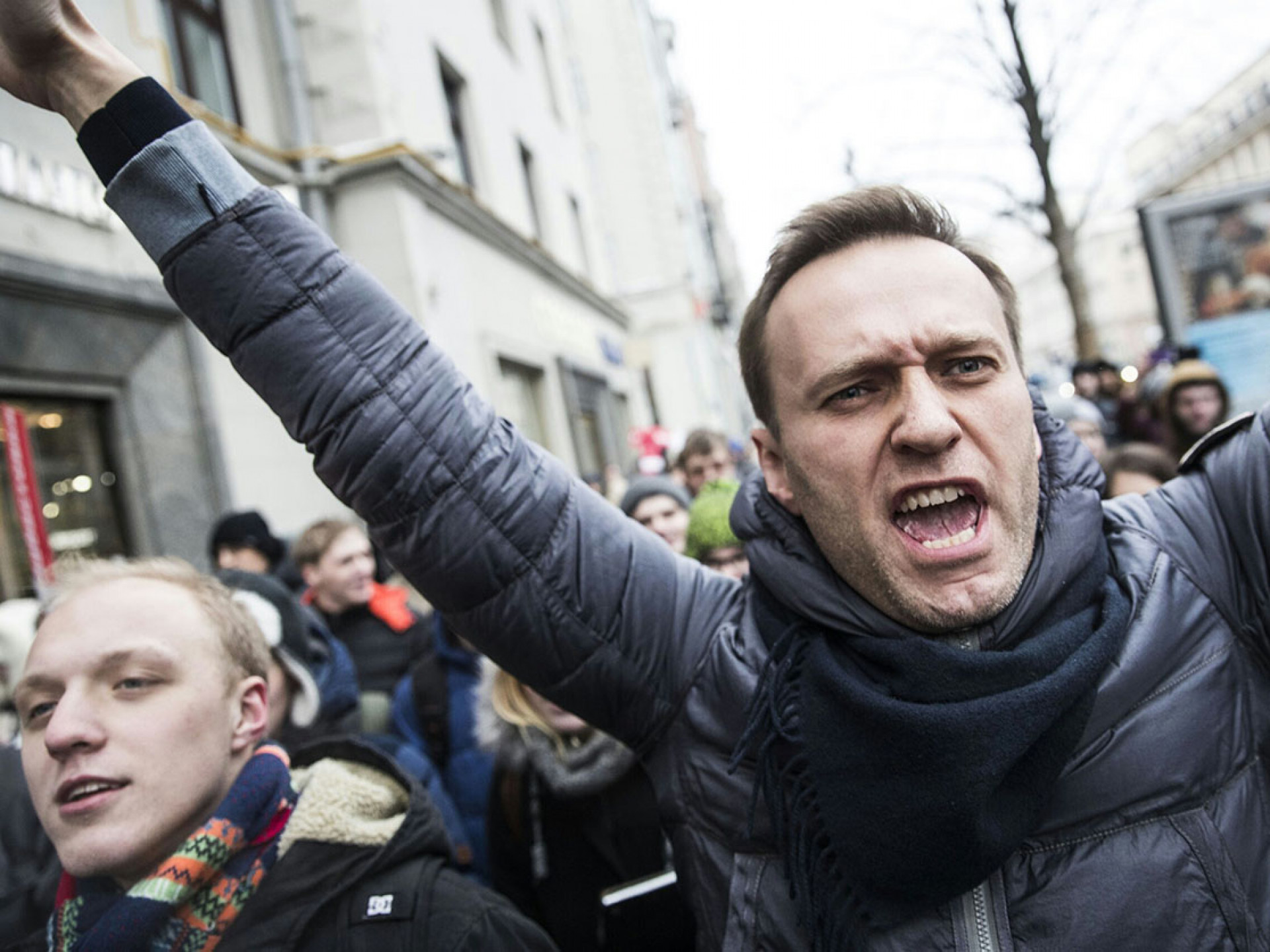 Shortly after 2 p.m. on Sunday, Alexei Navalny appeared on Tverskaya Ulitsa, but was quickly bustled into a paddy wagon by law enforcement. Media reports that he is being charged with disturbing public order. Yevgeny Feldman 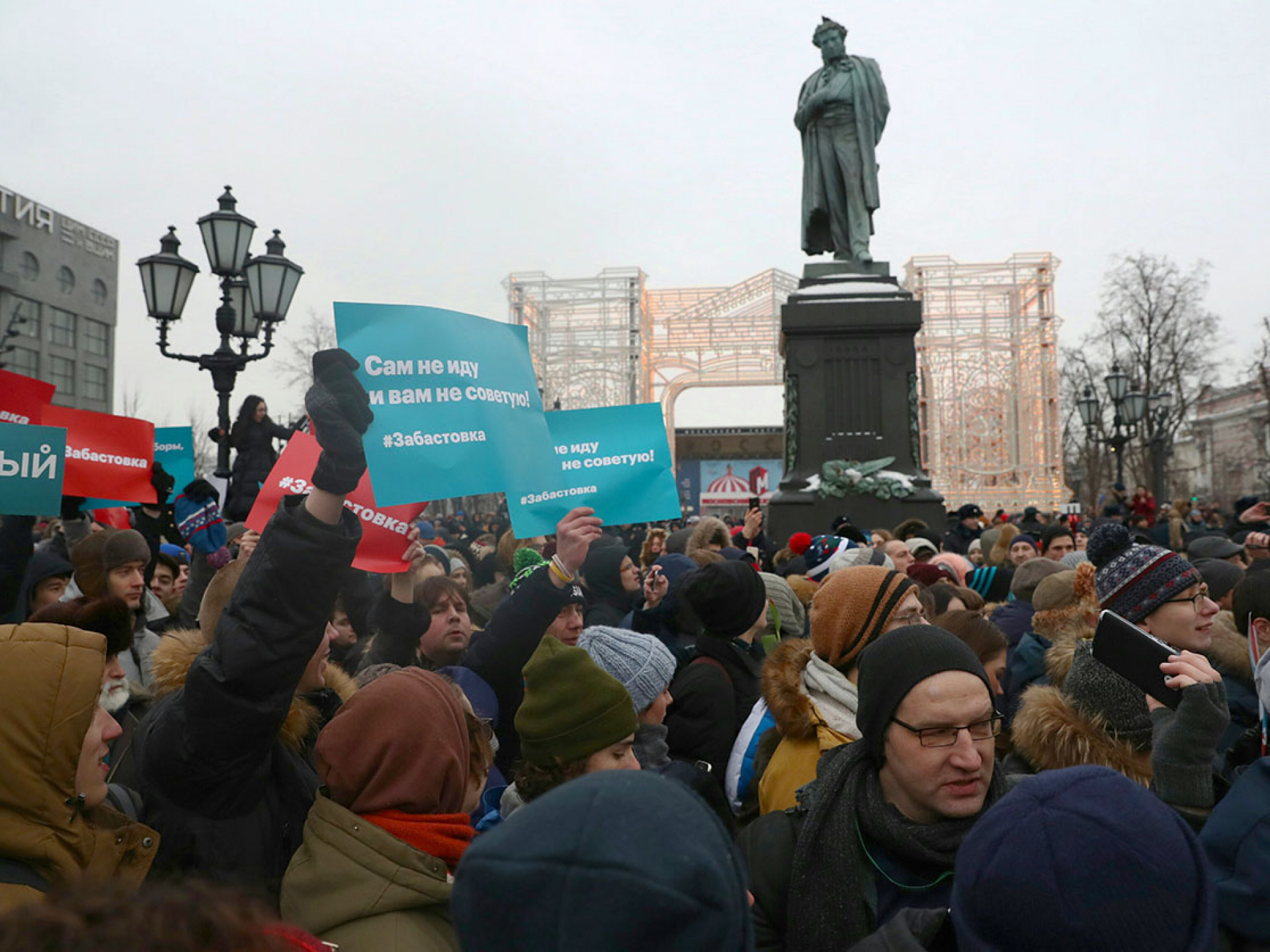 The epicenter of the protest was, once again, Moscow’s Pushkinskaya Square, where between several hundreds and more than 1,000 people came out to protest. Stanislav Krasilnikov / TASS 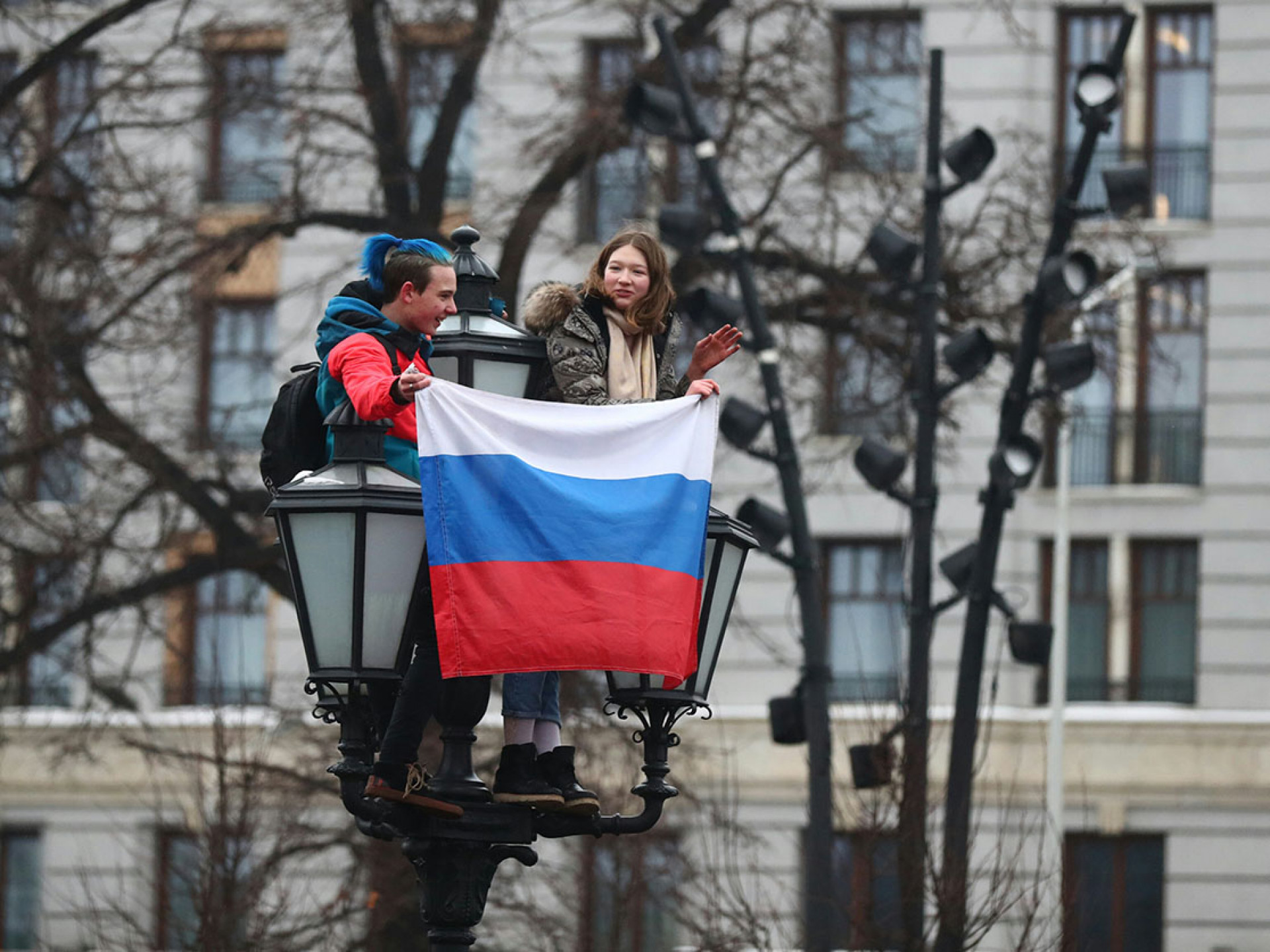 Teenagers, who have lived their entire lives under Putin, were among the most visible participants of the protest. Stanislav Krasilnikov / TASS 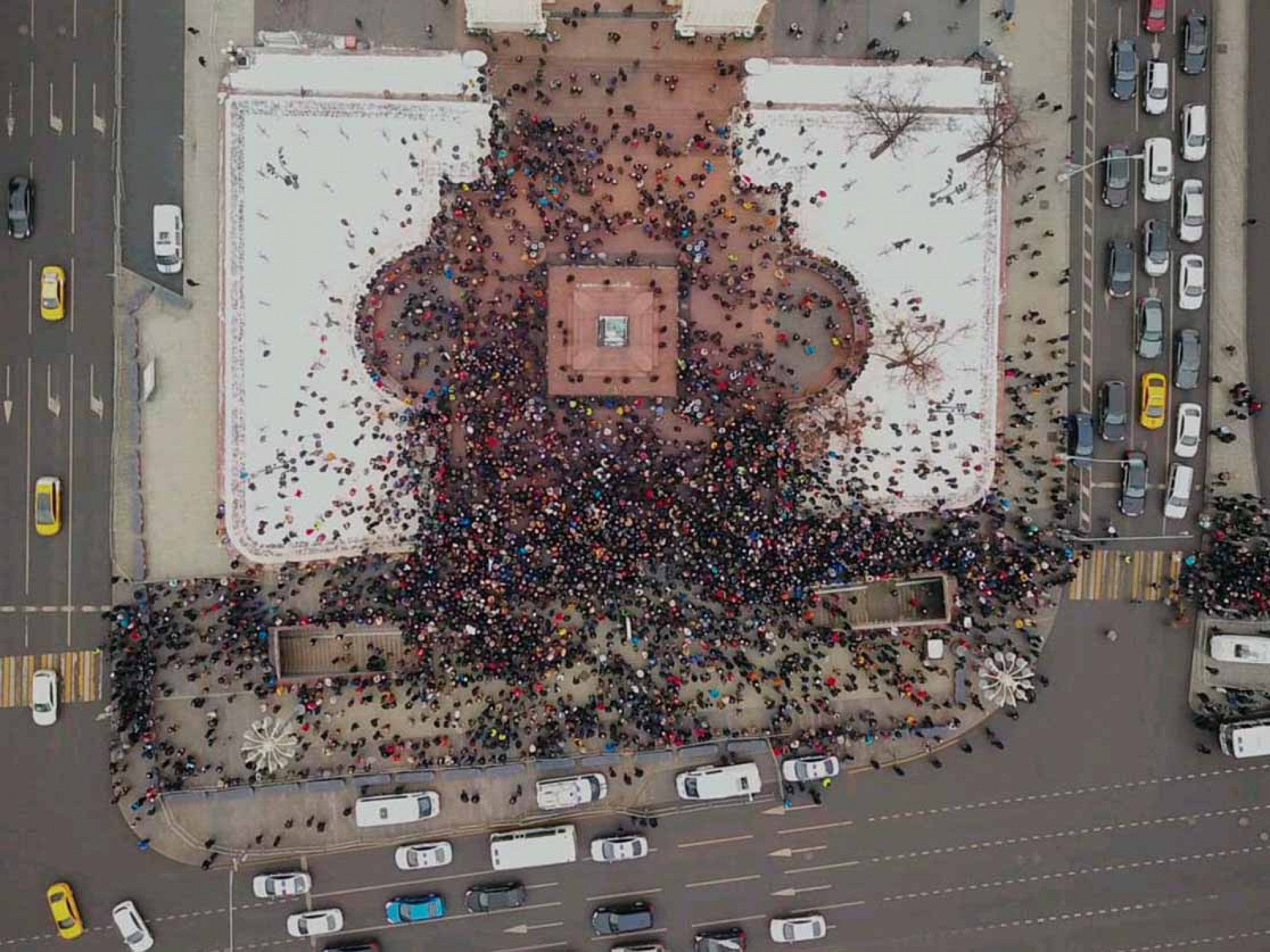 A view of Pushkinskaya Square from the air. Instagram @drone.nest 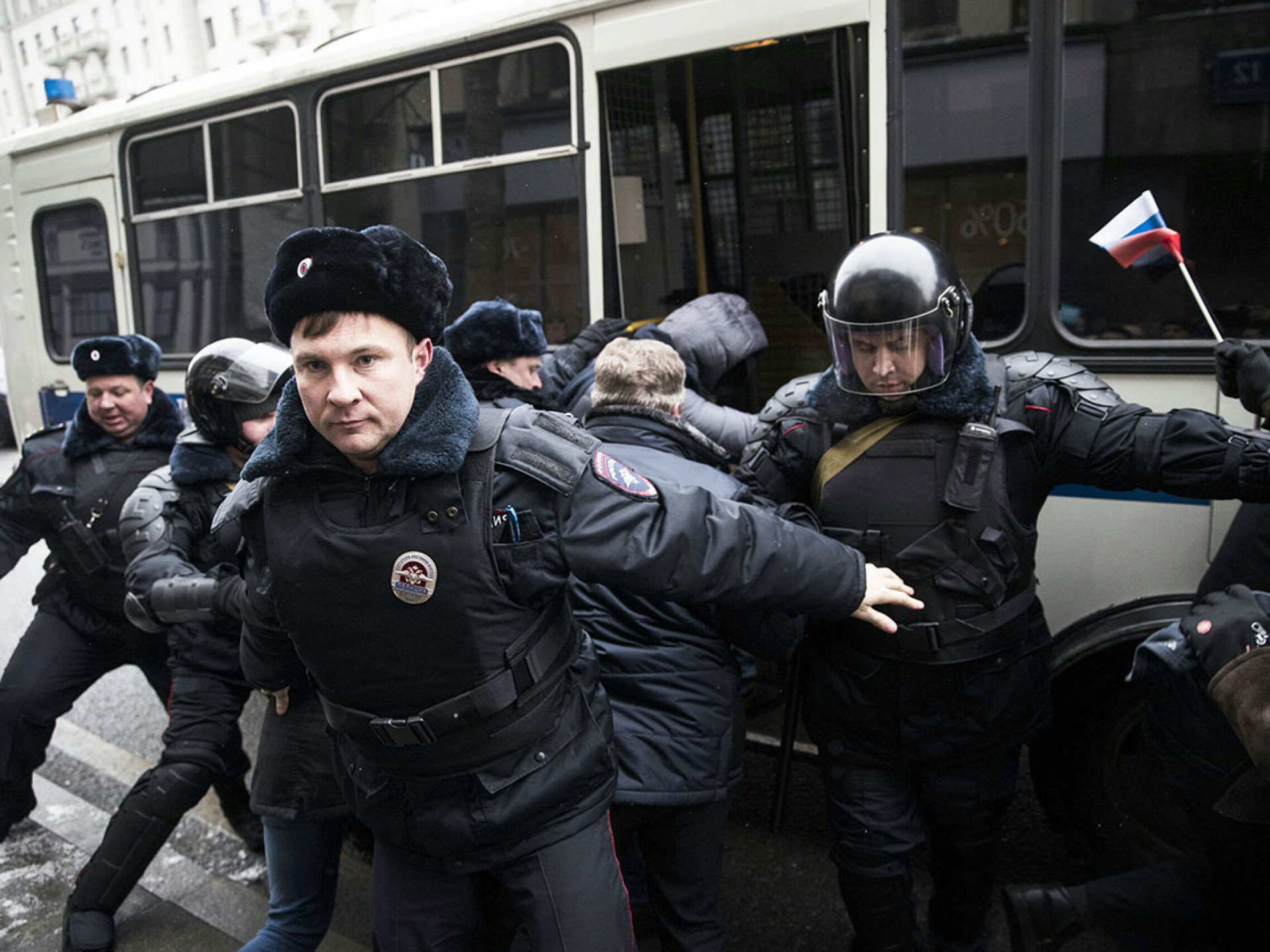 At least 243 people were detained across the country, according to statistics from the police monitoring website OVD-Info. Yevgeny Feldman 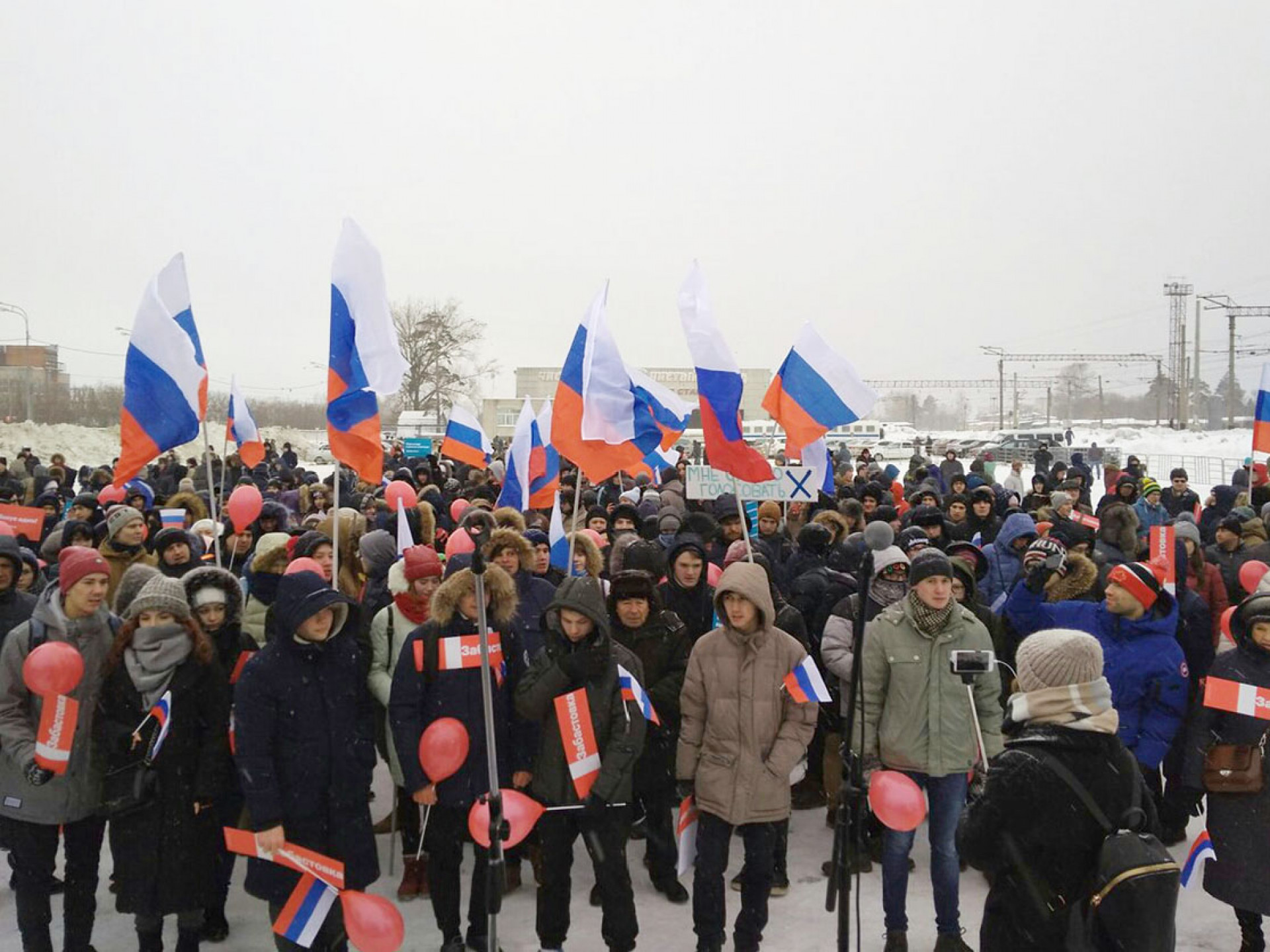 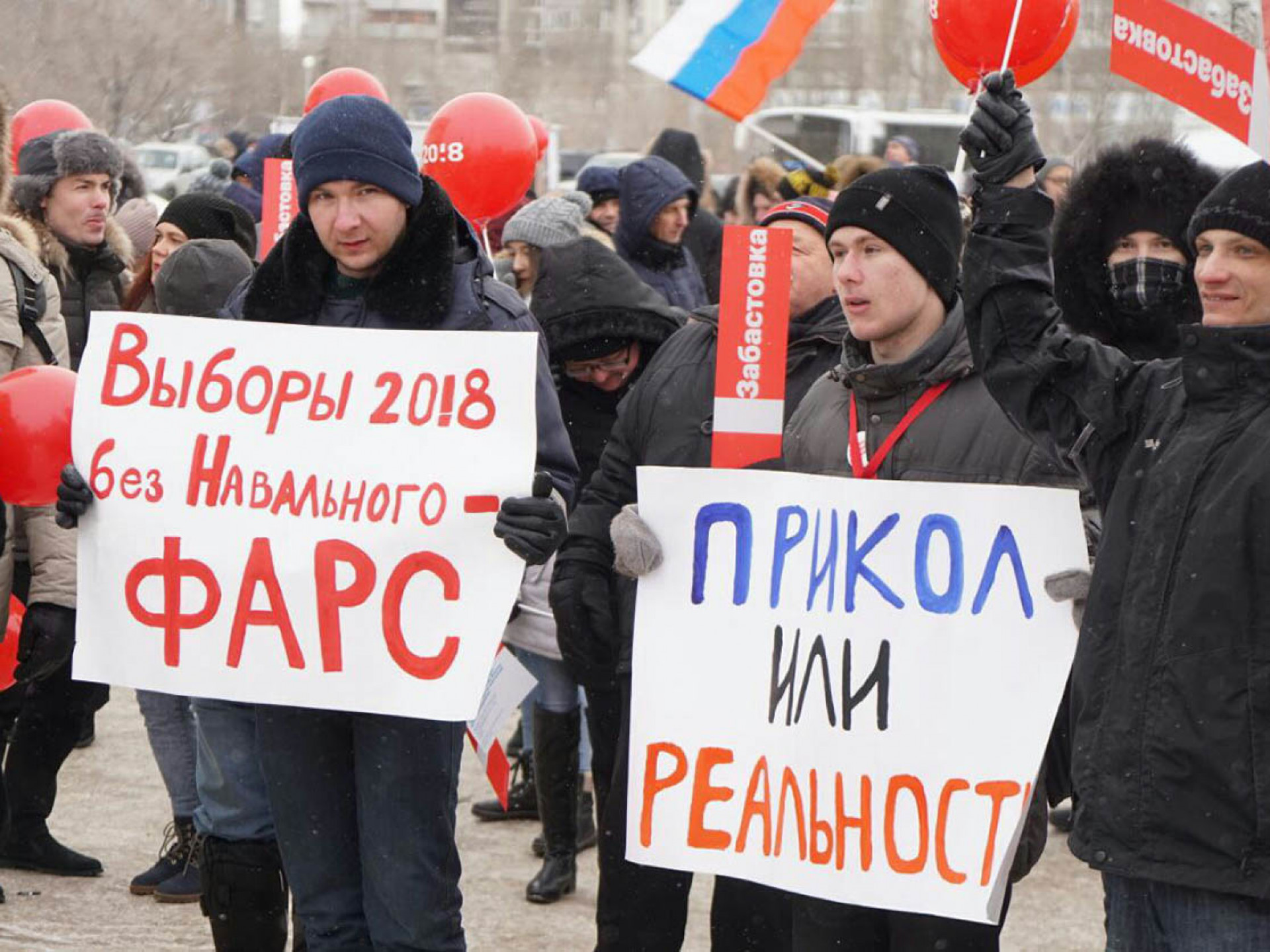 “Elections without Navalny are a farce,” the sign on the left held by a protester in the city of Omsk reads. Navalny Team 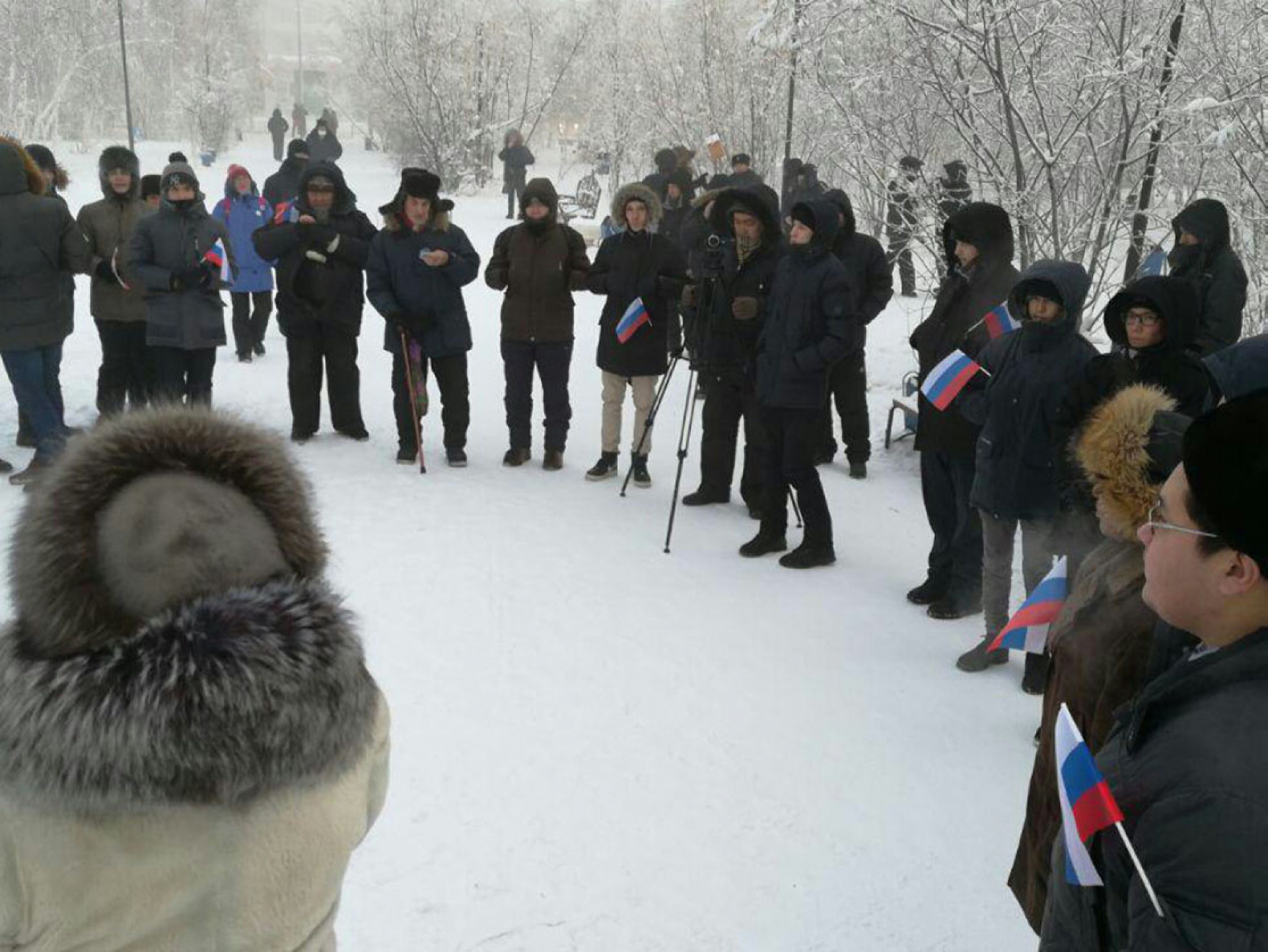 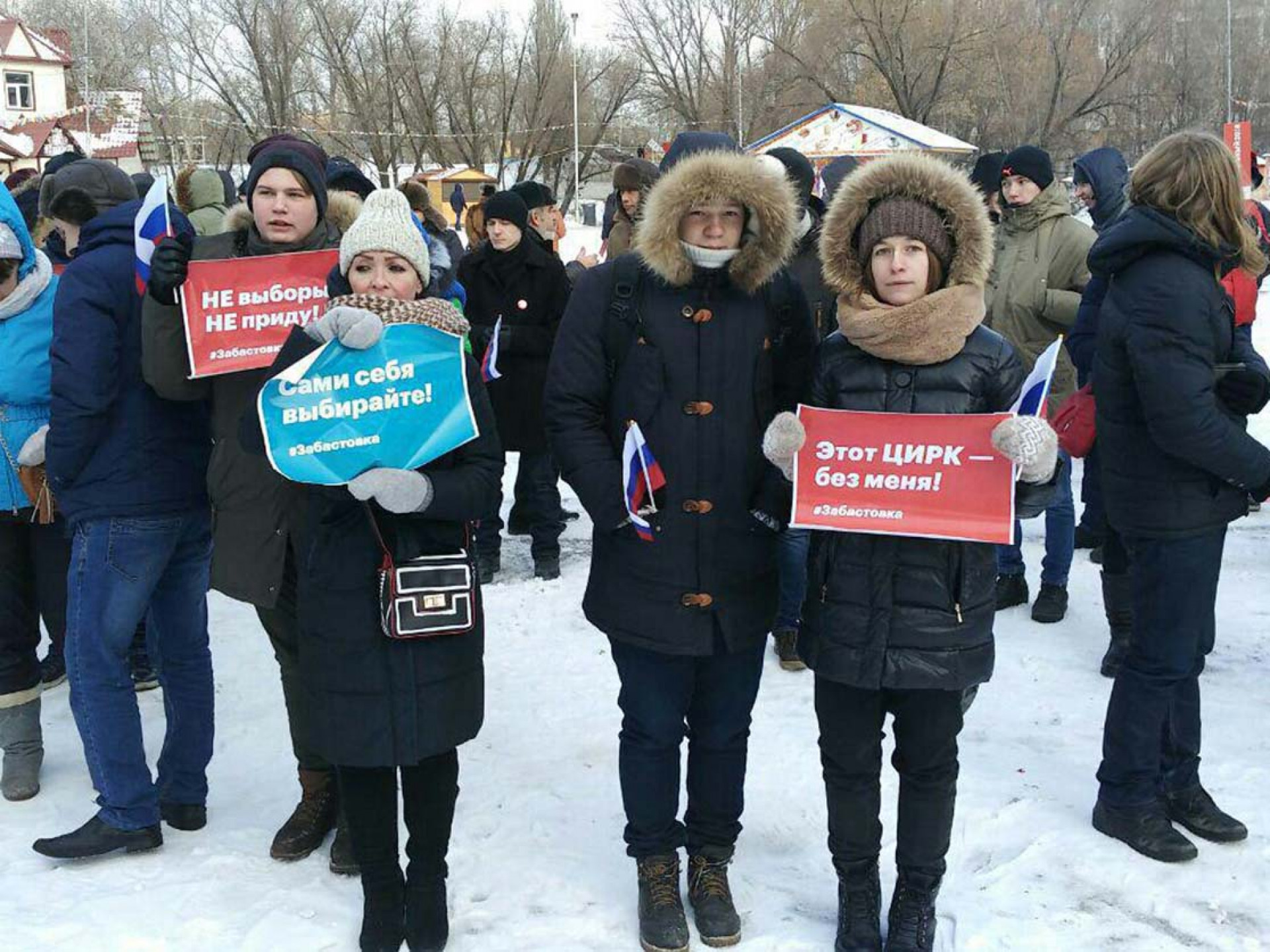 In Barnaul, protesters held signs saying “You choose yourselves!” and “This circus — without me!” Navalny Team 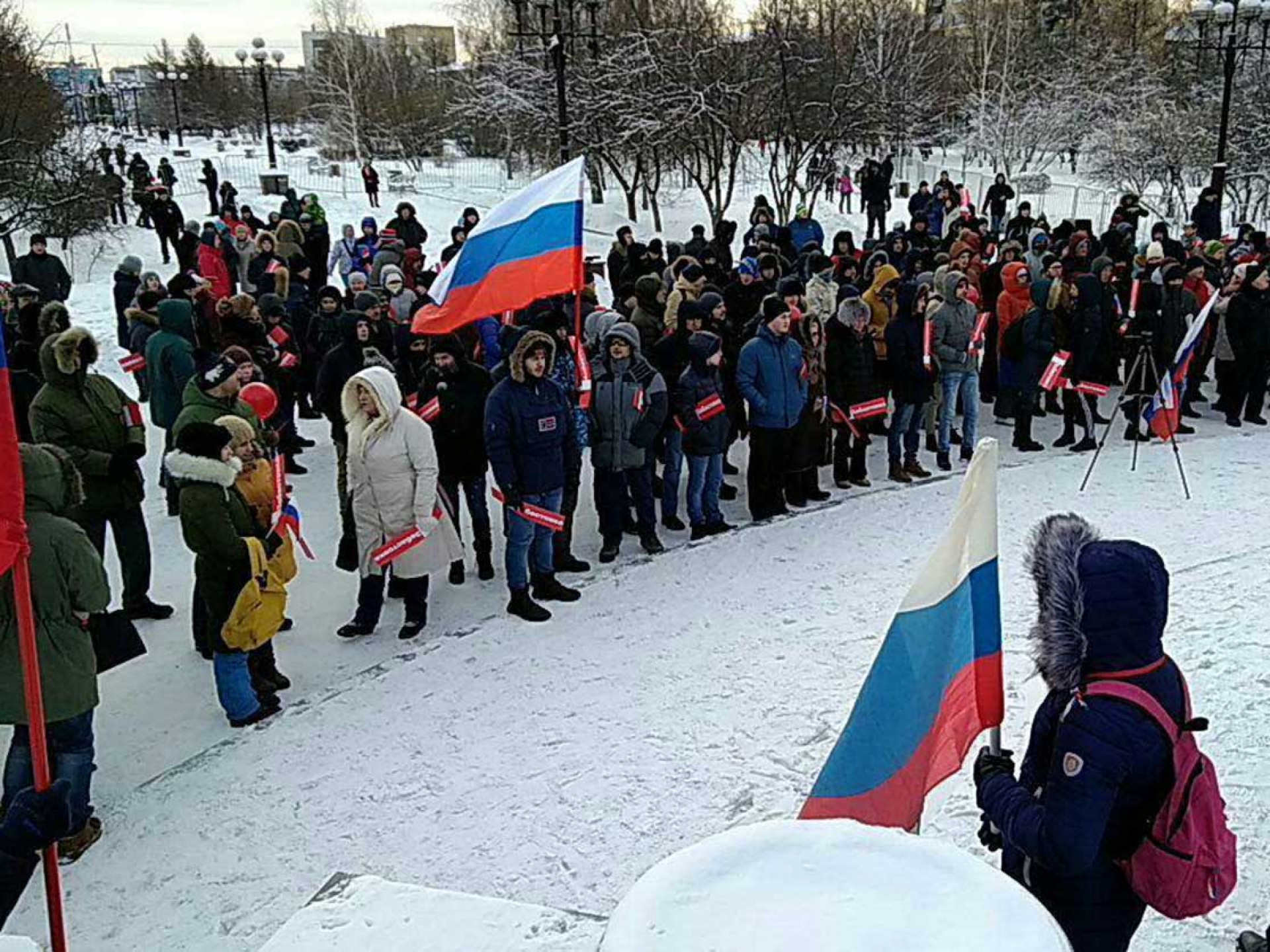 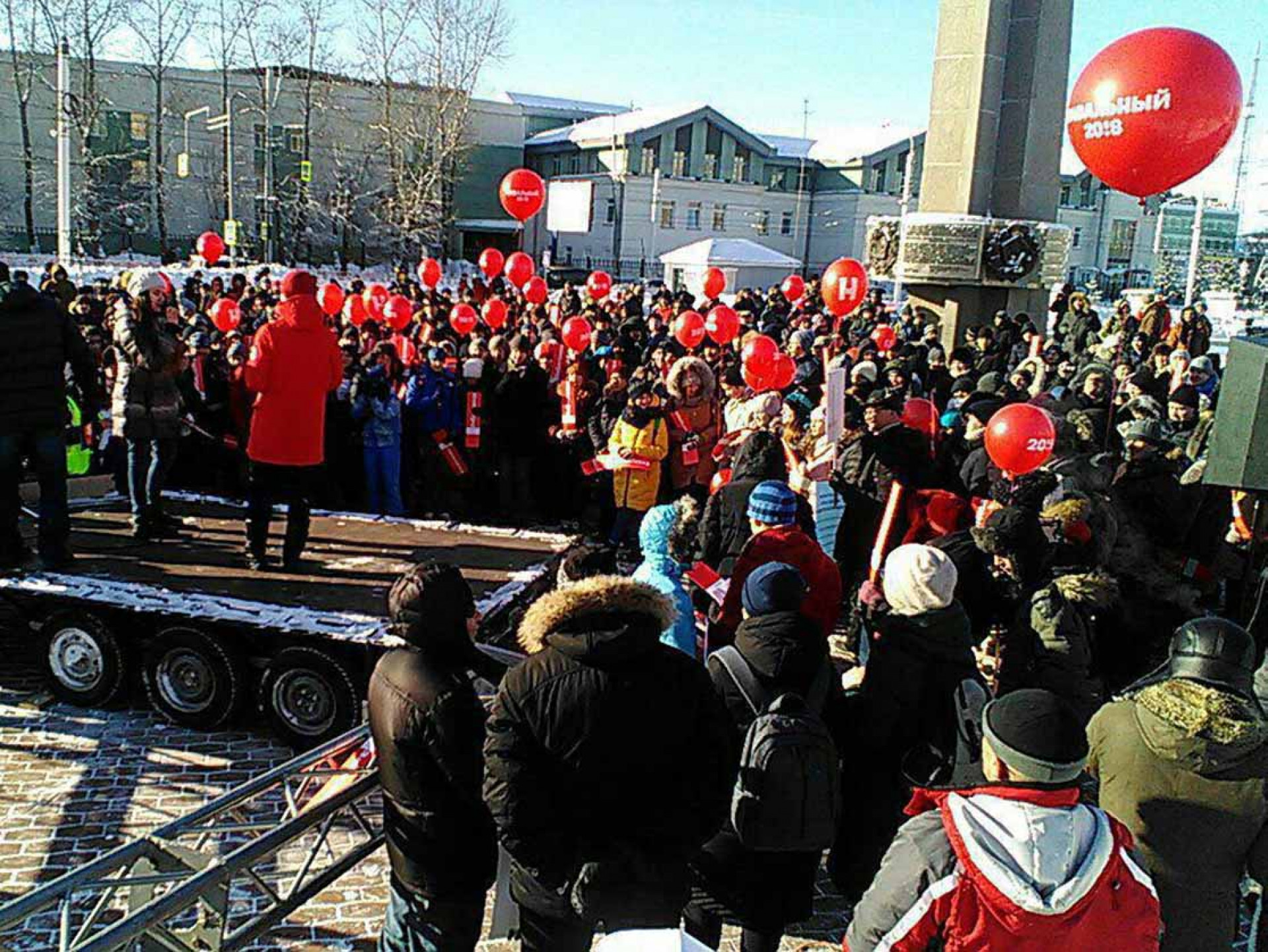 Red balloons dominated at the rally in Irkutsk. Navalny Team 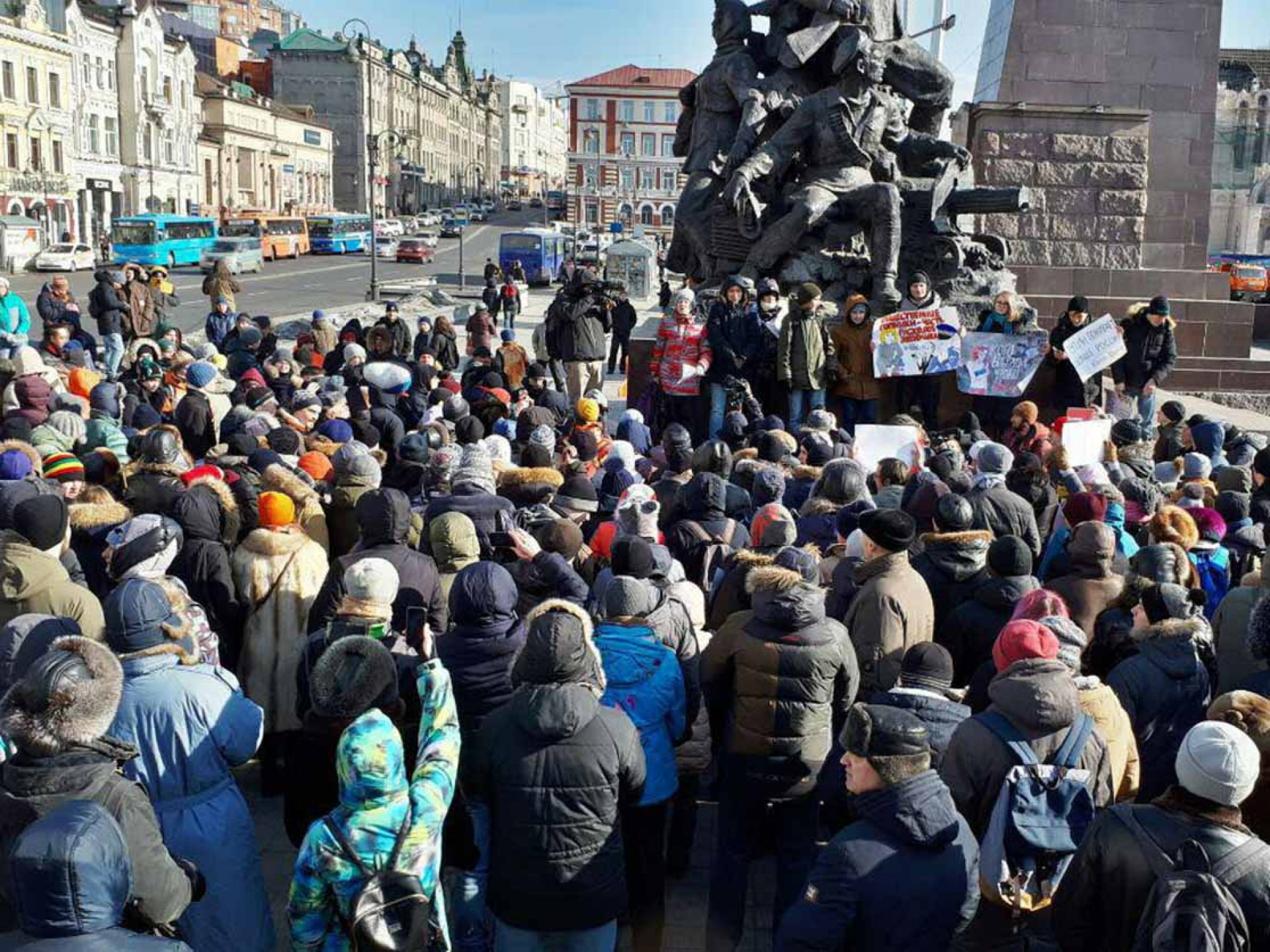 In Russia’s Far Eastern outpost of Vladivostok, OVD-Info did not report any arrests. Navalny Team 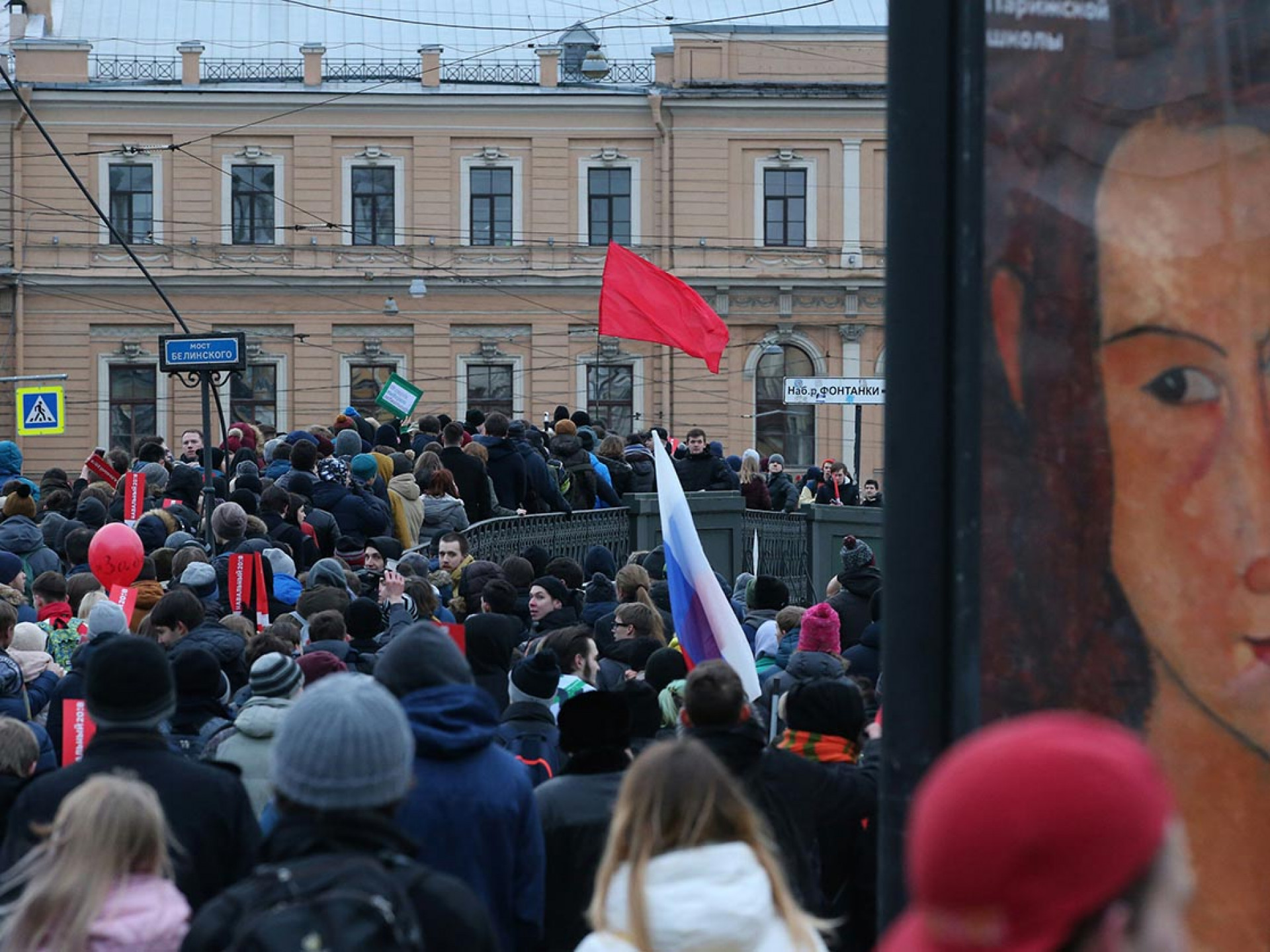 In St. Petersburg, Putin's native city, hundreds of people joined the boycott rally but there were no major clashes with law enforcement. Peter Kovalyov / TASS

Russians in town and cities across the country braved freezing temperatures on Sunday to take to the streets in support of a boycott of upcoming presidential elections.

The rallies were organized by opposition activist Alexei Navalny, who has been barred from the March elections due to a previous criminal conviction, which his supporters say is politically motivated.