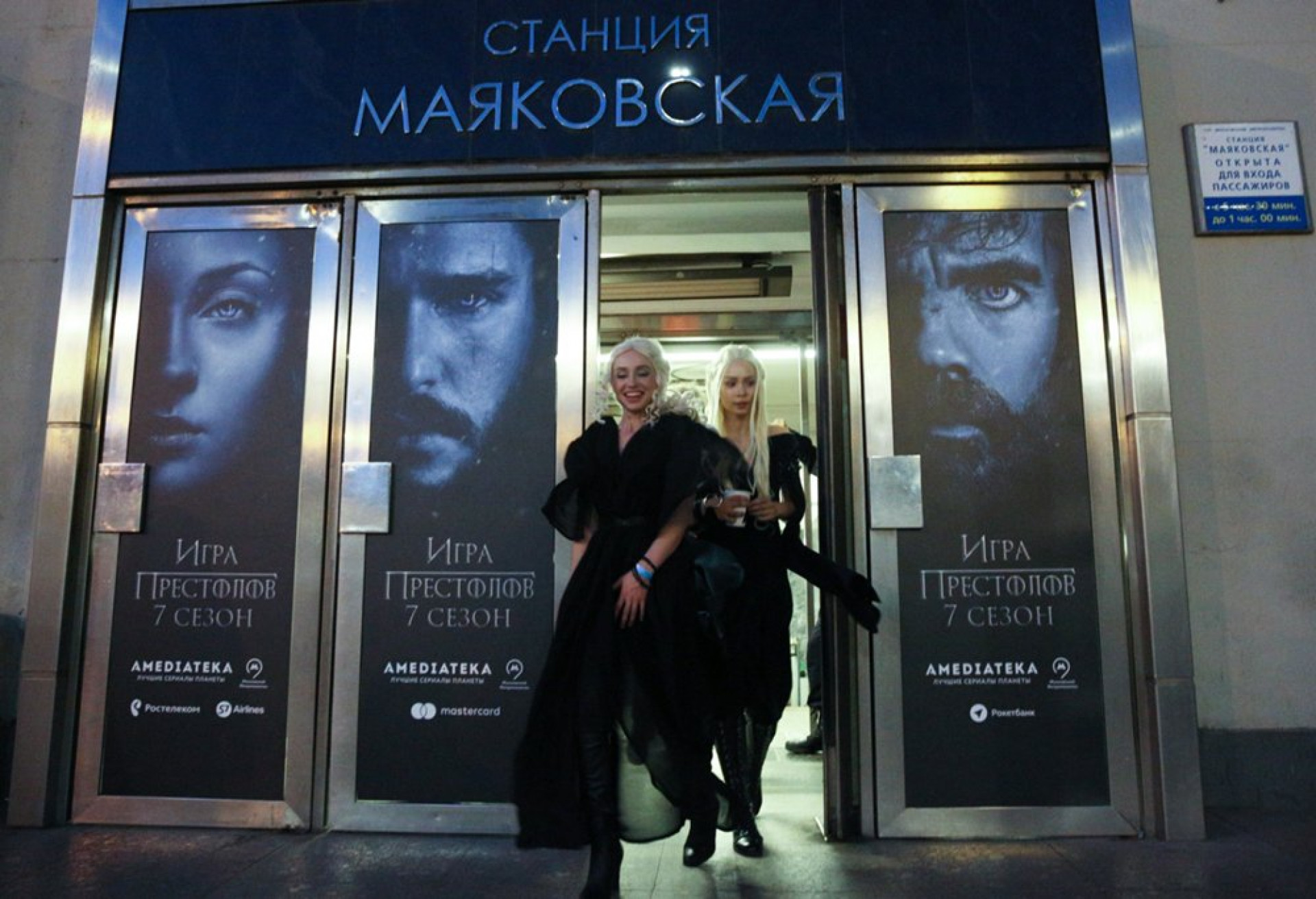 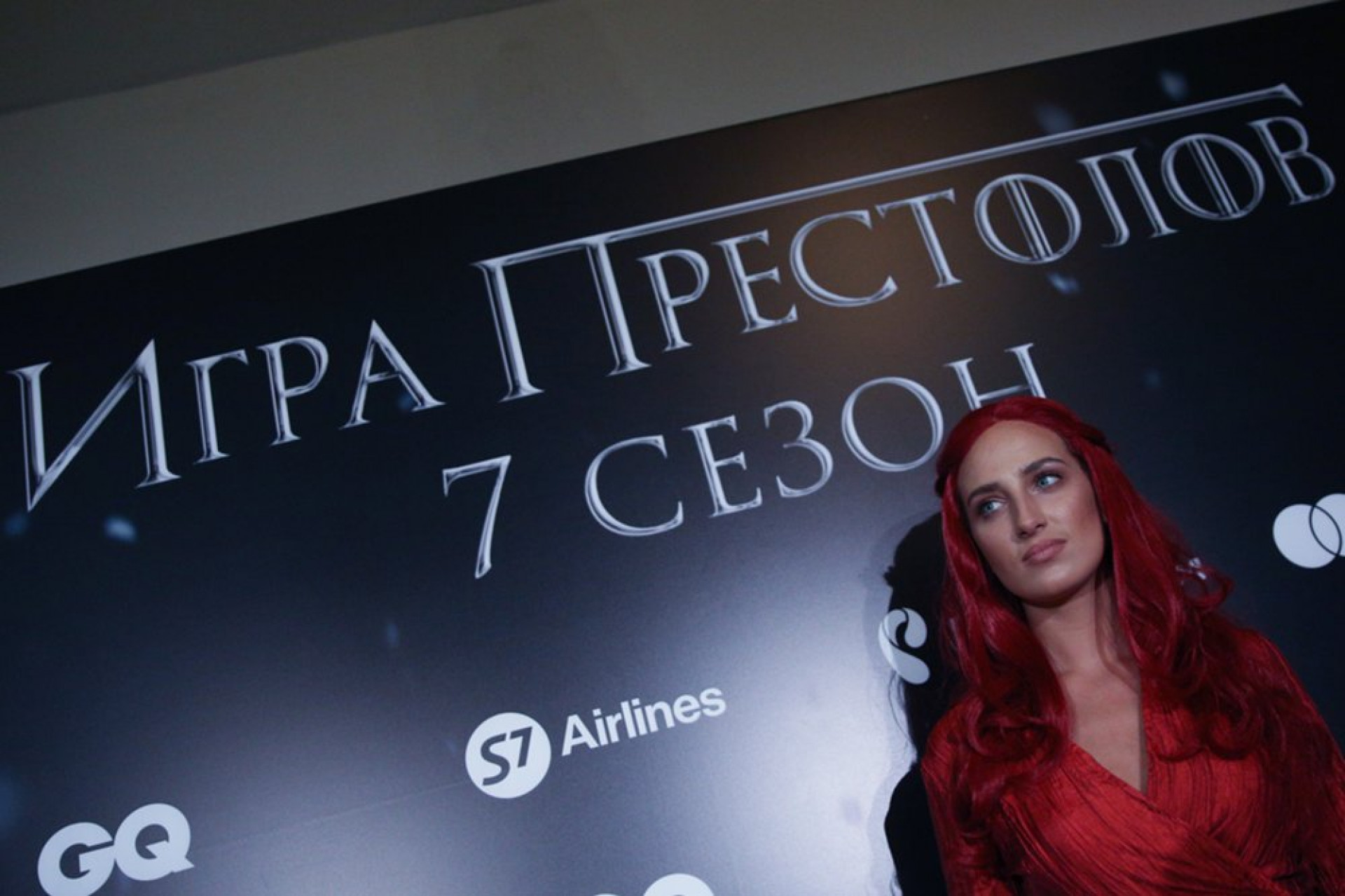 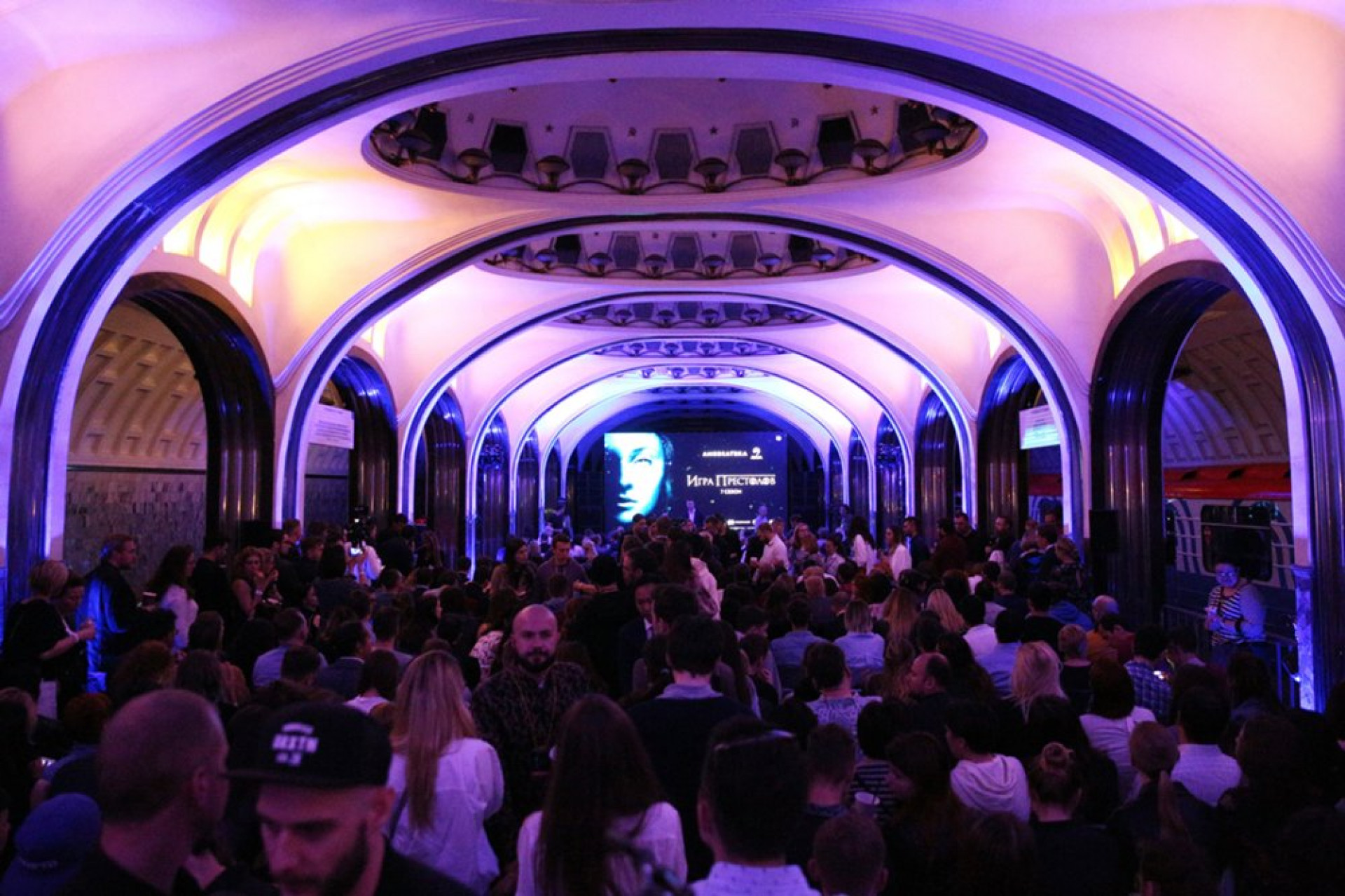 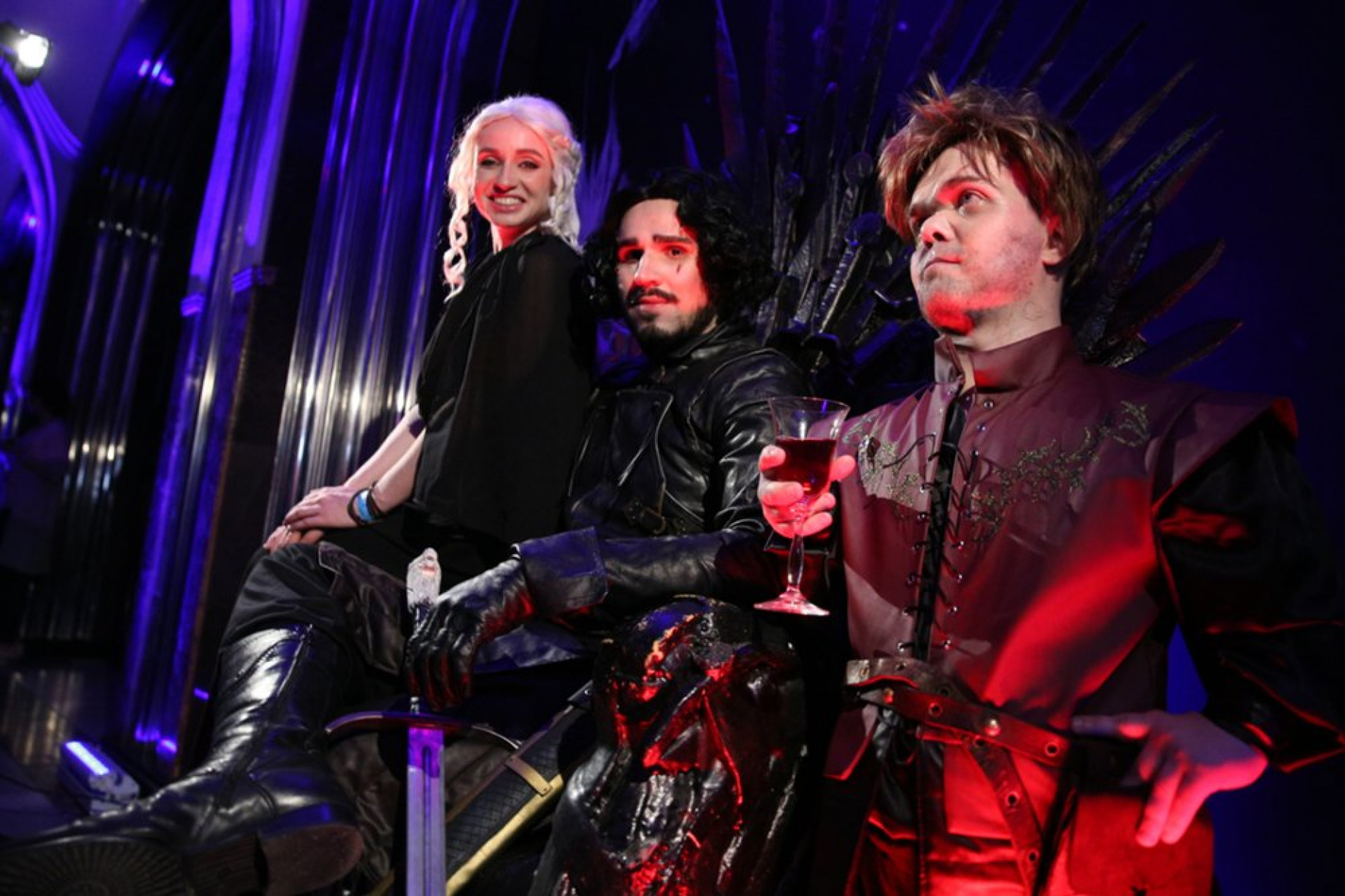 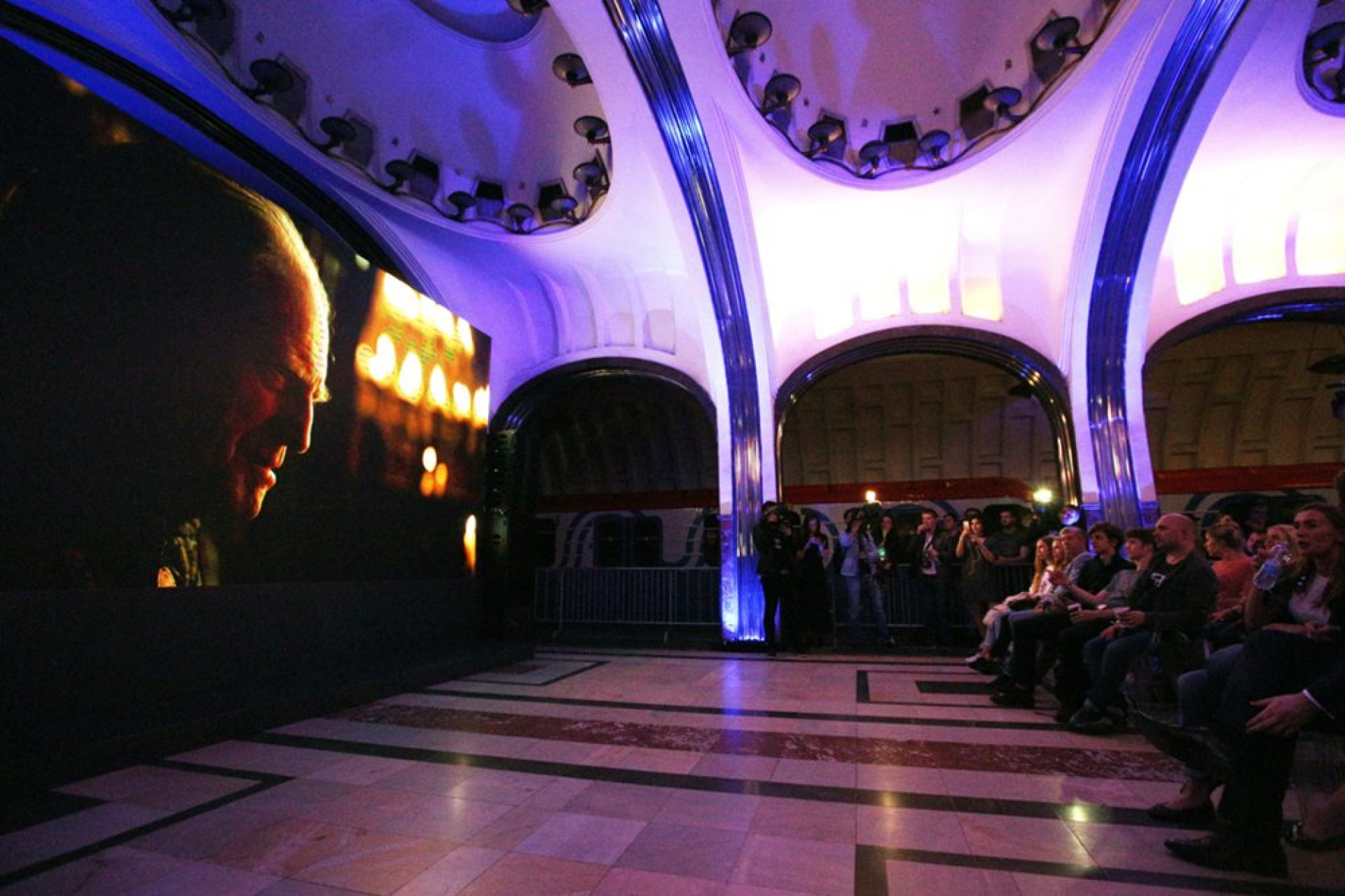 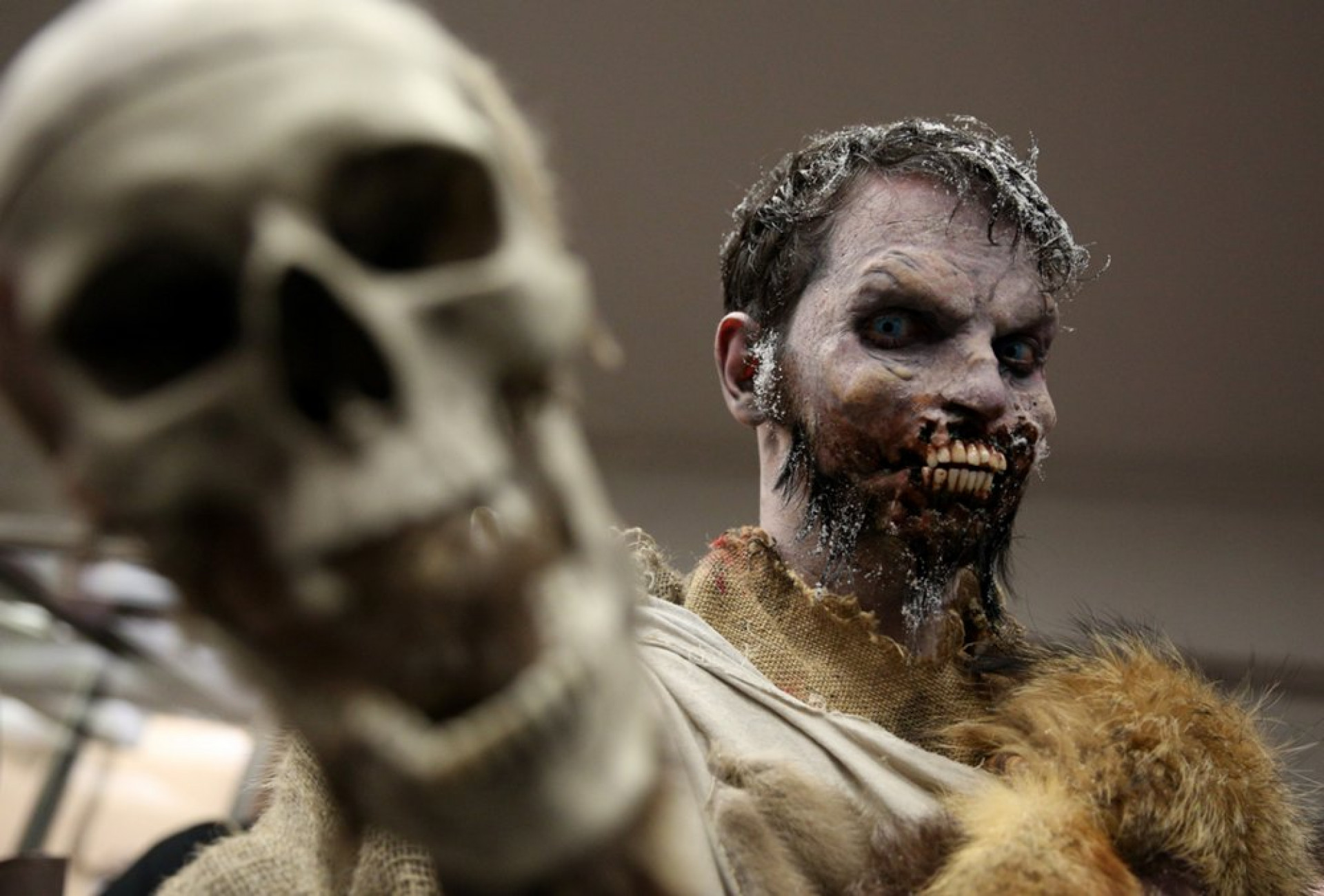 On Tuesday, the Moscow Metro hosted the premiere of Season 7 of “Game of Thrones” in the Mayakovskaya station, which was turned into an underground version of the show’s medieval kingdom for the night.

At 2 a.m., film-goers were greeted by local actors dressed up as Daenerys Targaryen, Jon Snow and the white walkers. Other characters, wights and white walkers mingled with the crowd of about 350 fans and celebrities. Everyone had a chance to sit on the Iron Throne for a selfie with their favorite characters as the group Mulermanband performed the series’ theme song. At the end of the atmospheric screening, the audience gave the show a sustained round of applause.

The premiere was part of a series of events called “Night in the Metro,” which began in 2010 with a concert to celebrate the Moscow Metro’s 75th anniversary. Since then film, ballets, and other events have brought over 10,000 people into the city’s famous “underground palaces” after hours.