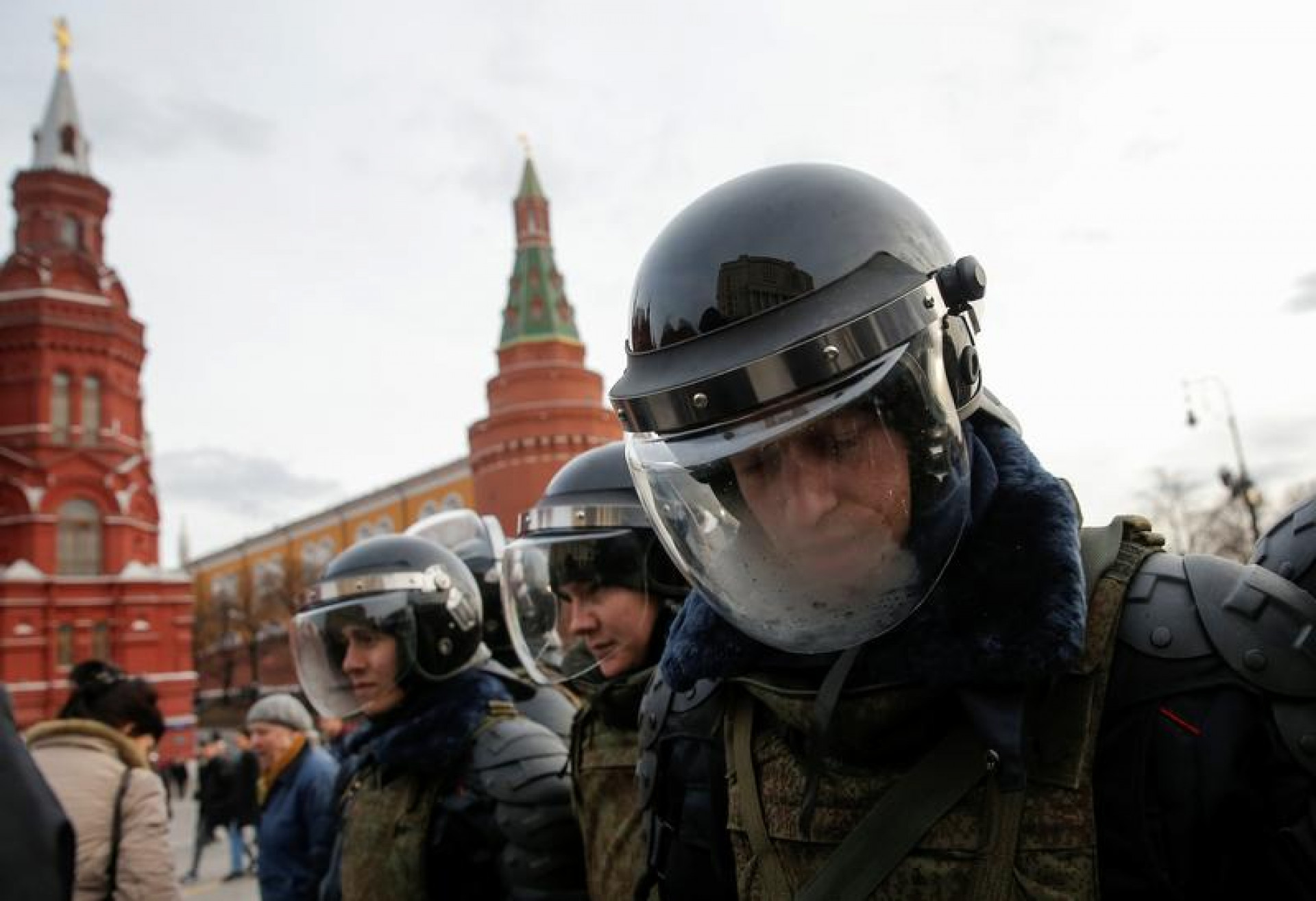 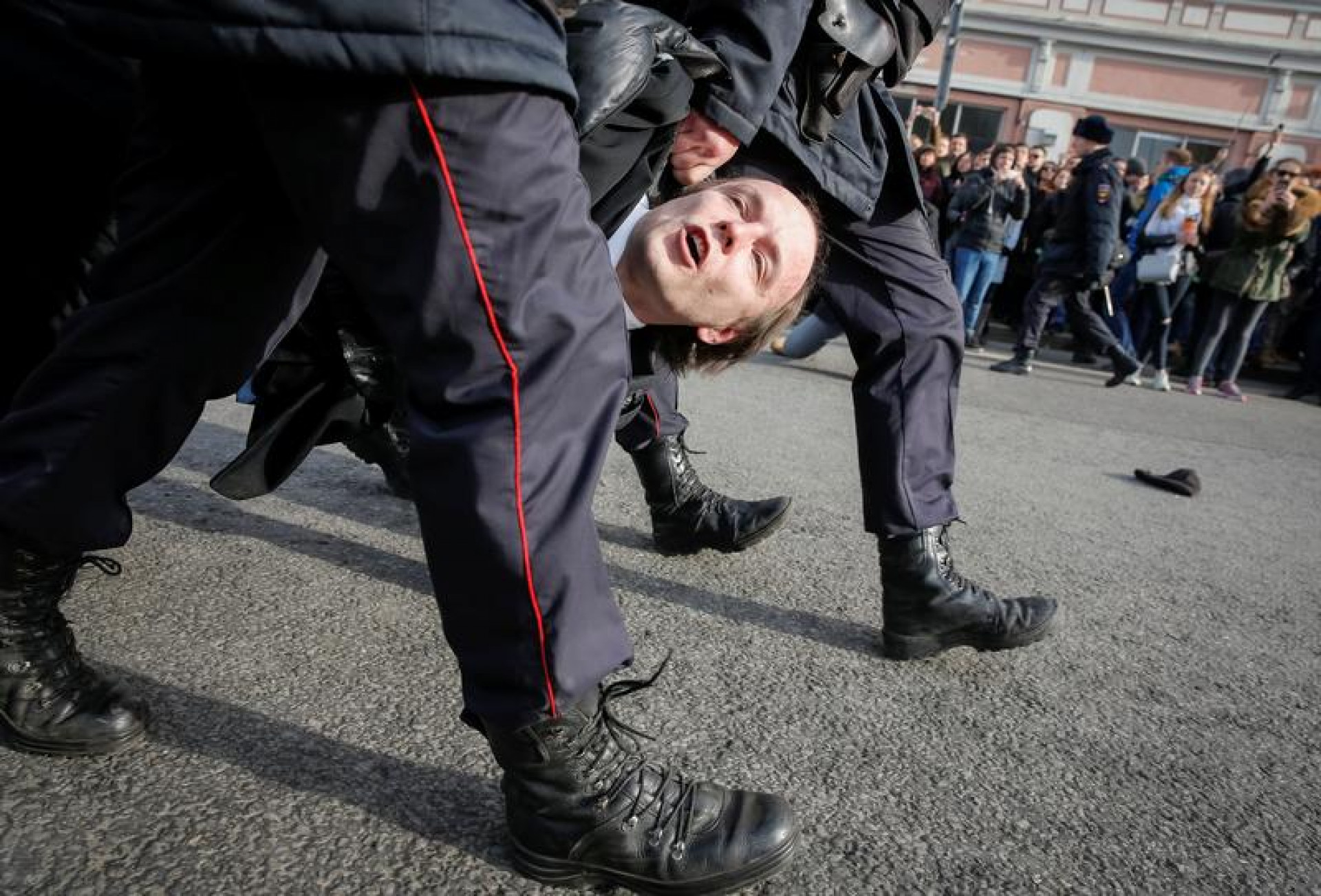 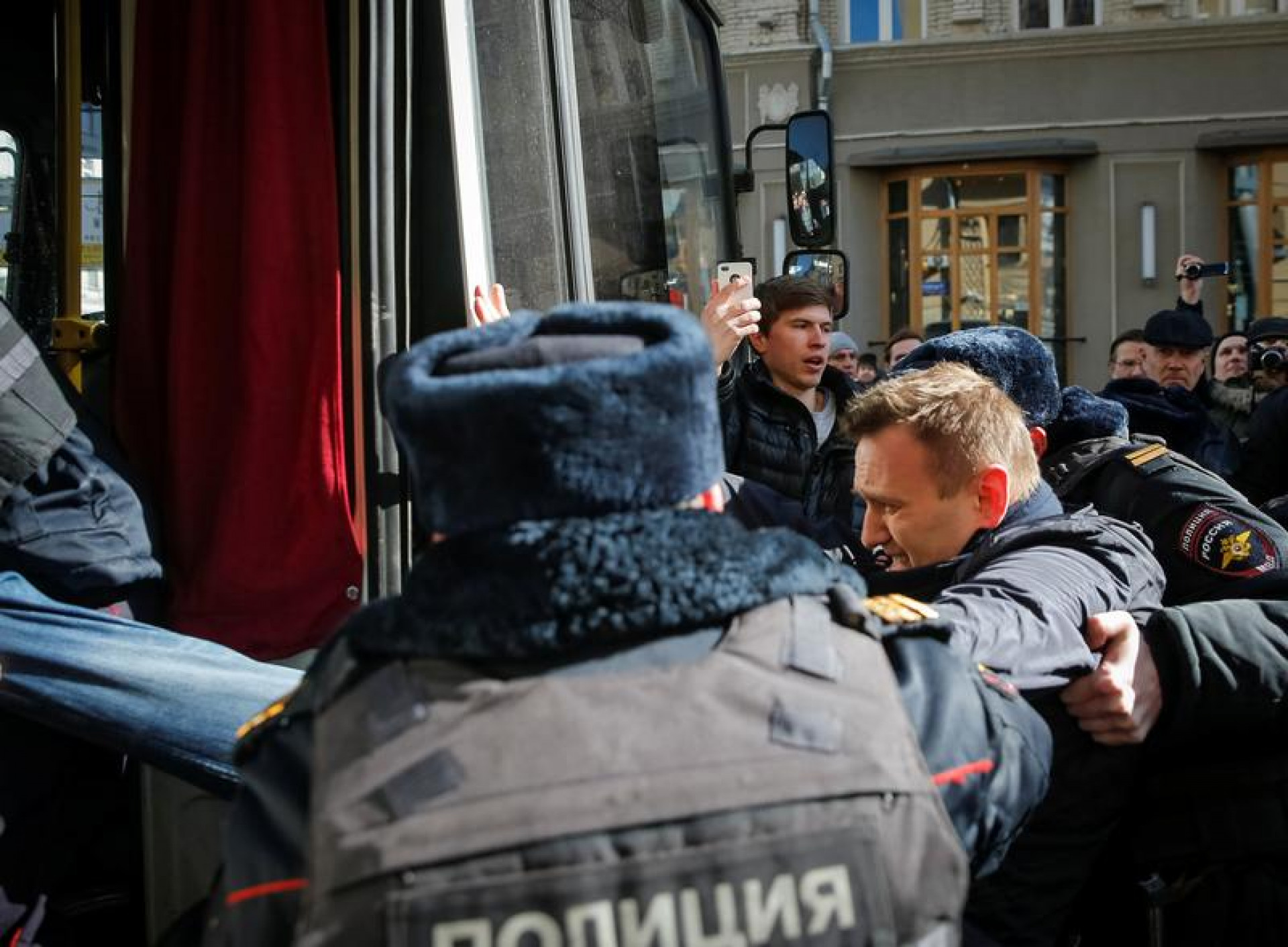 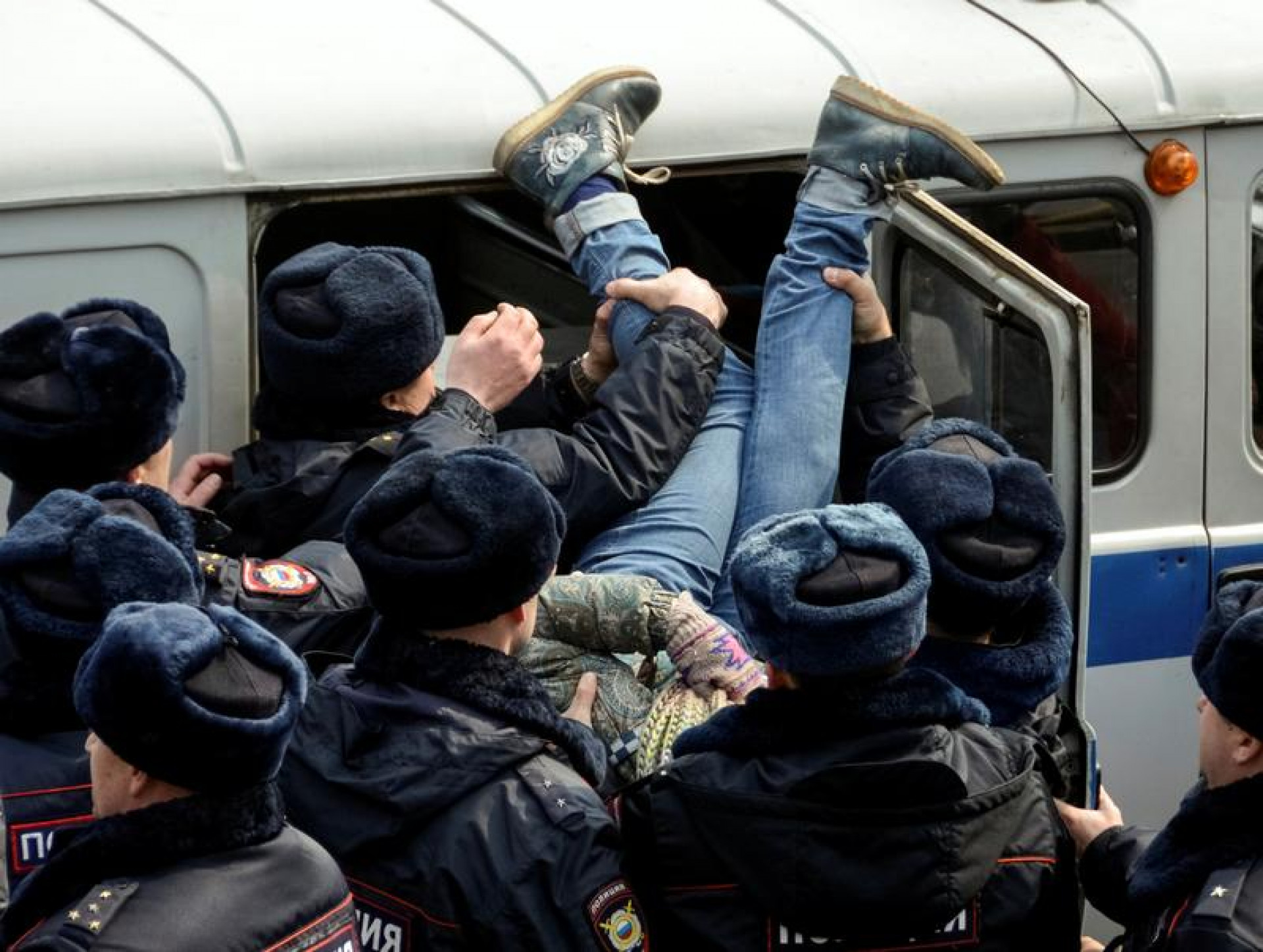 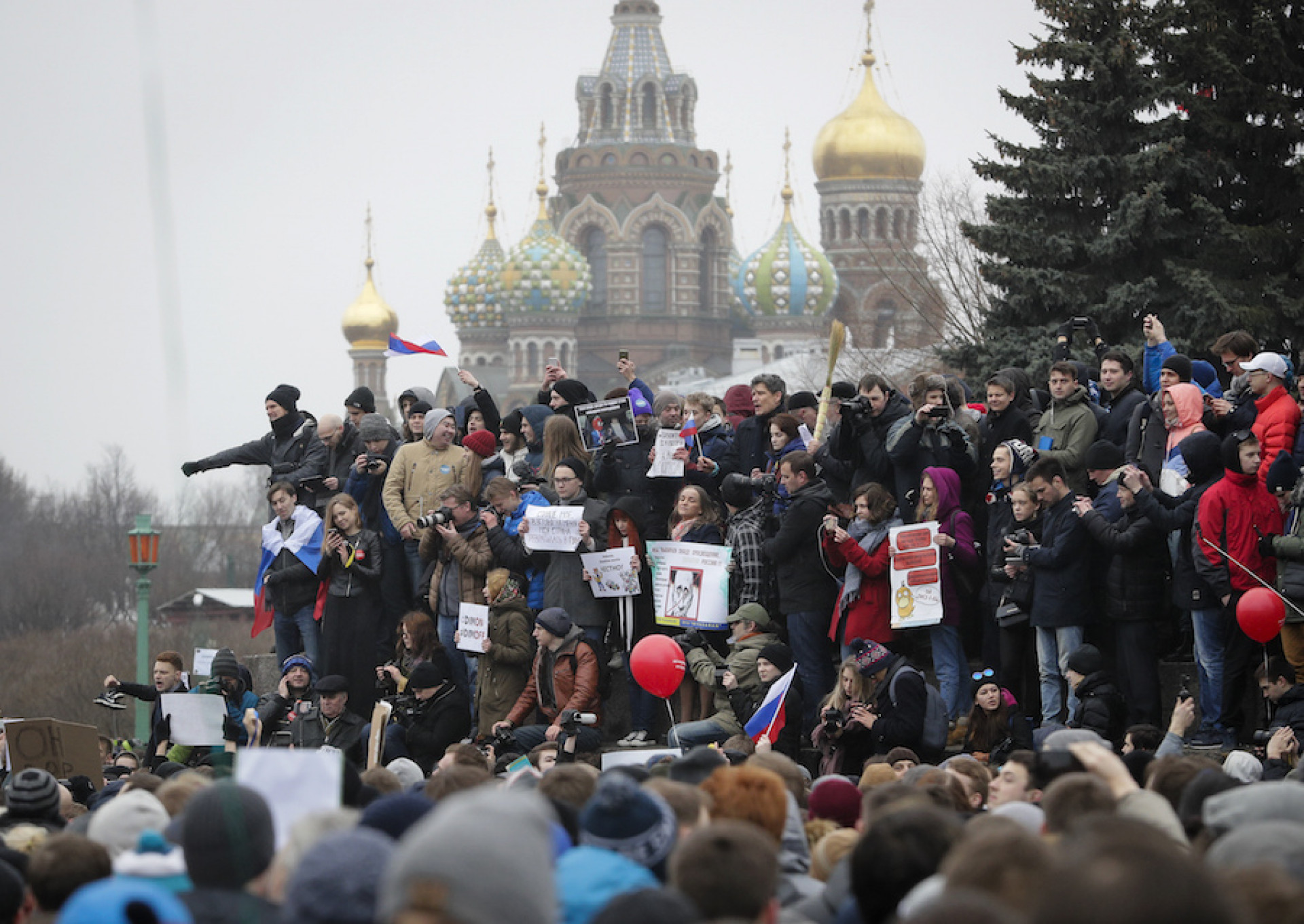 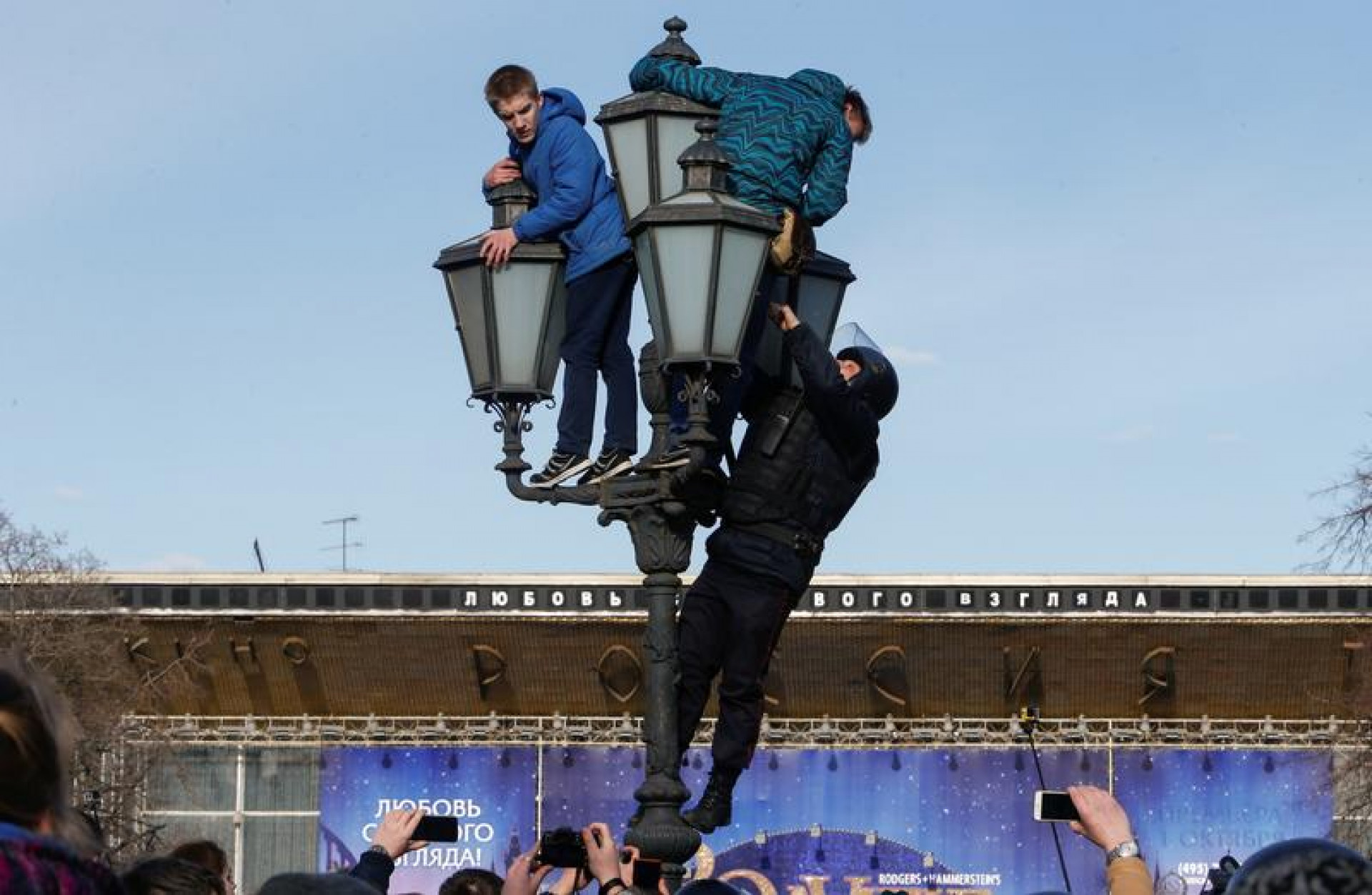 A law enforcement officer climbs on a lamp pole to detain opposition supporters during a rally in Moscow, March 26, 2017. Sergei Karpukhin / Reuters 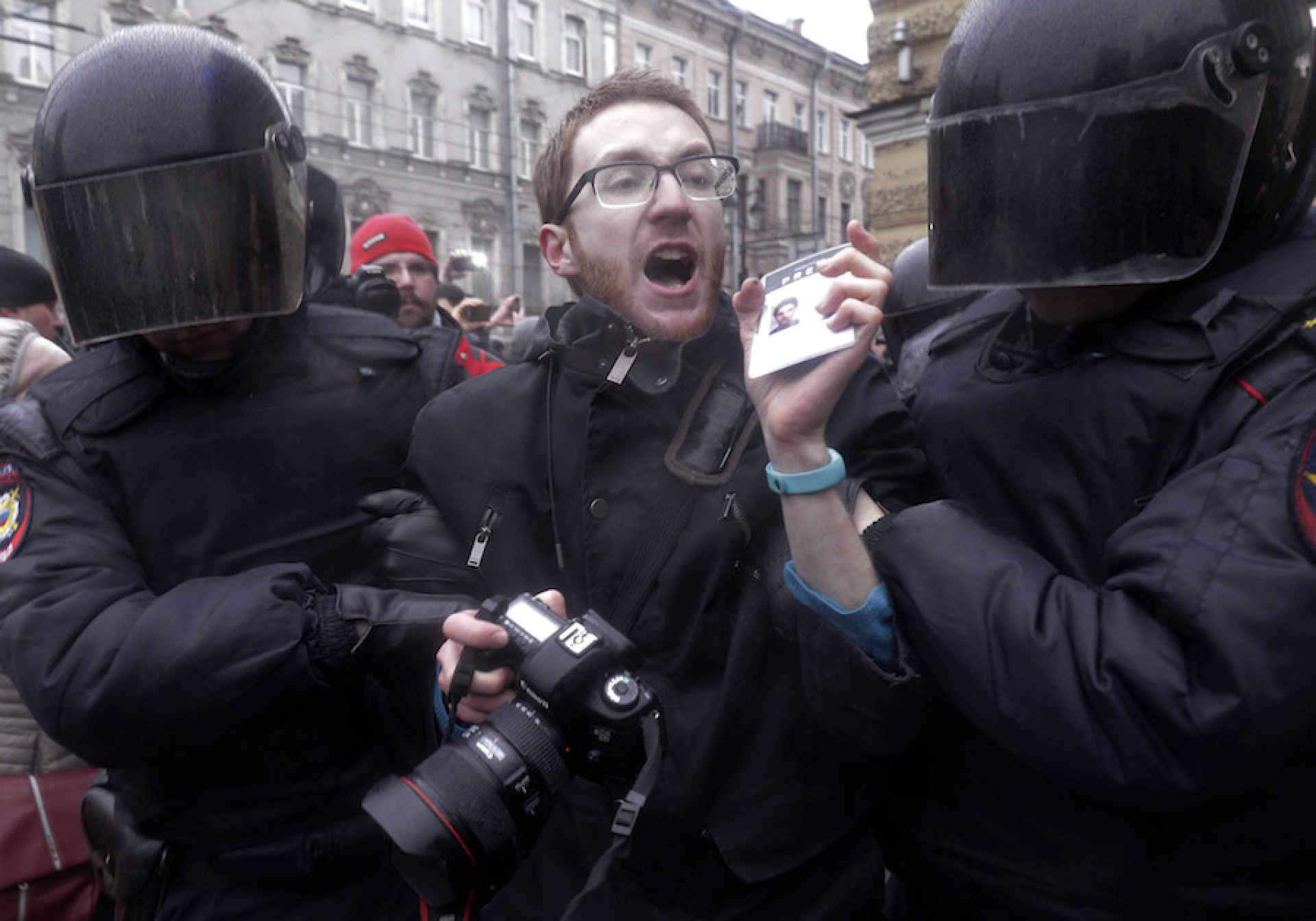 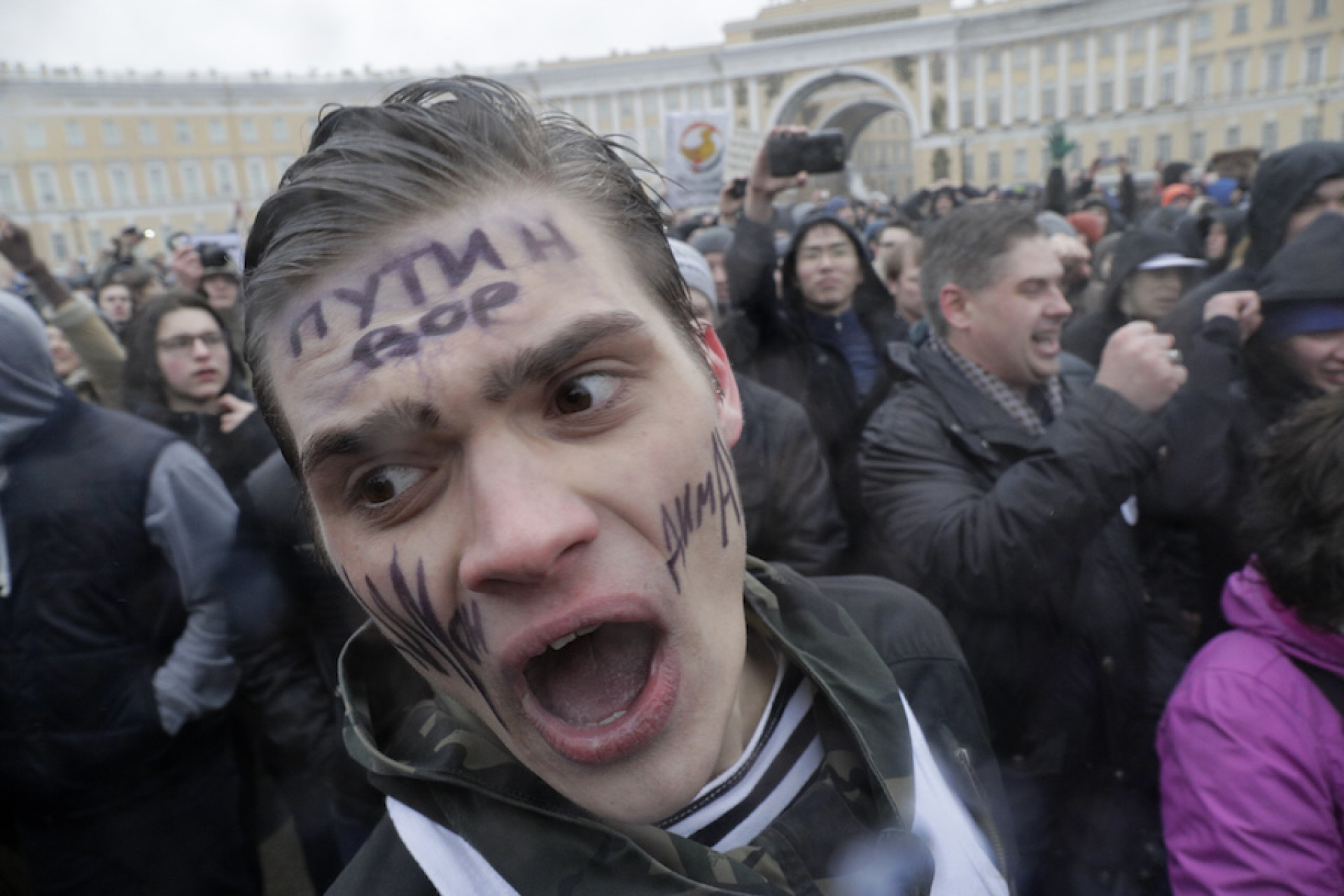 Protesters shout slogans at Dvortsovaya (Palace) Square in St.Petersburg, March 26, 2017. The writing on the face reads 'Putin is a thief'. Dmitri Lovetsky / AP 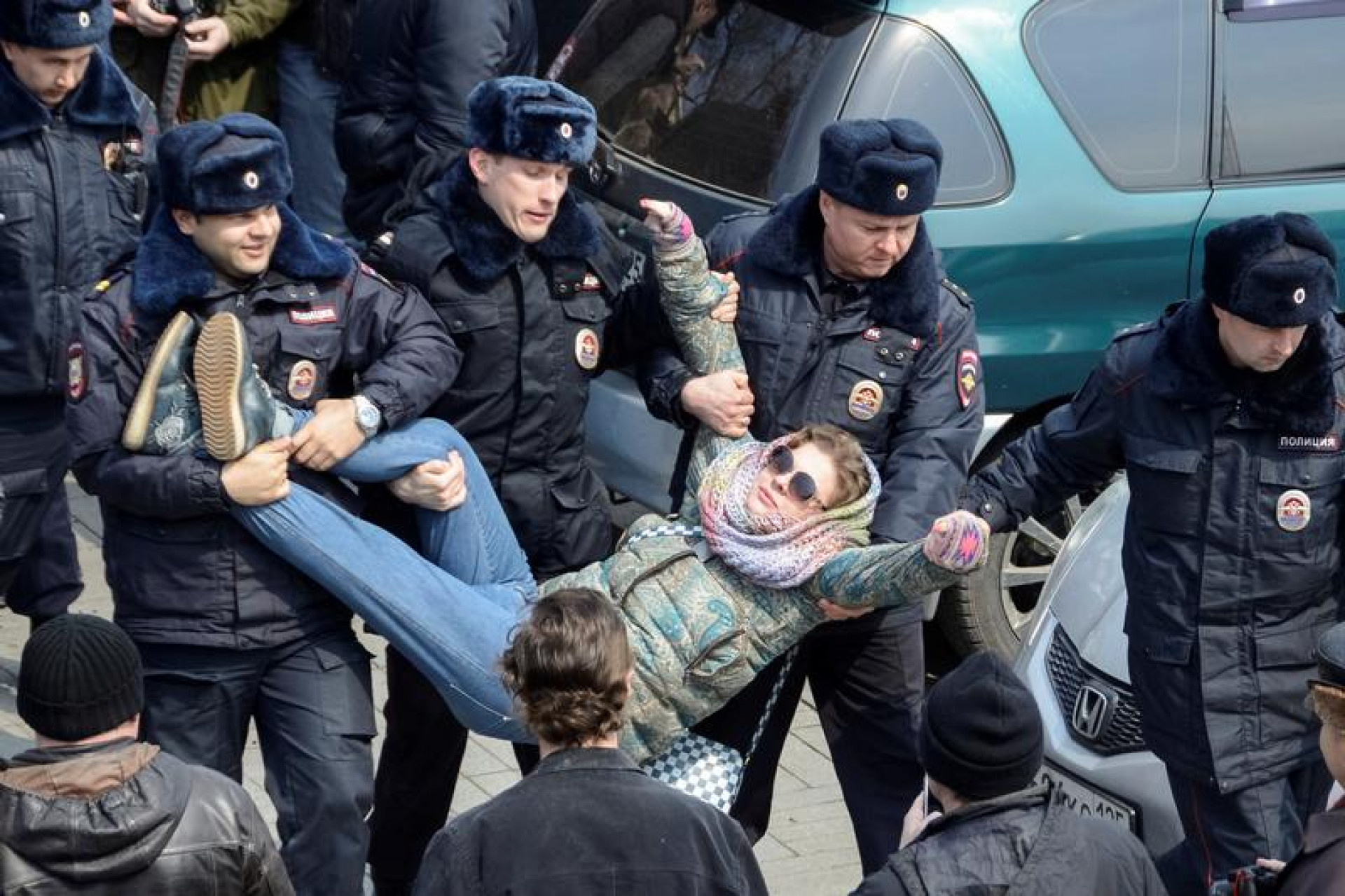 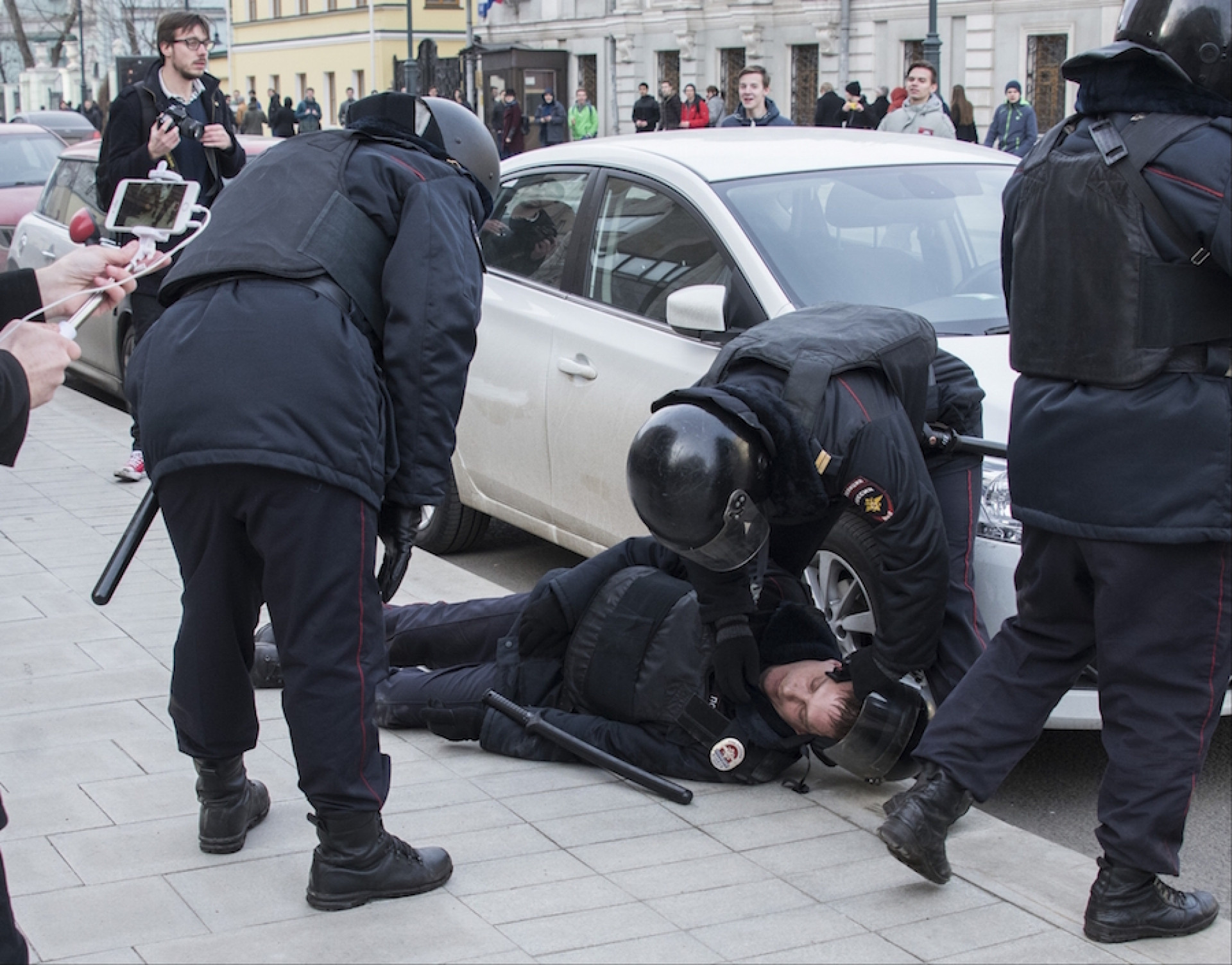 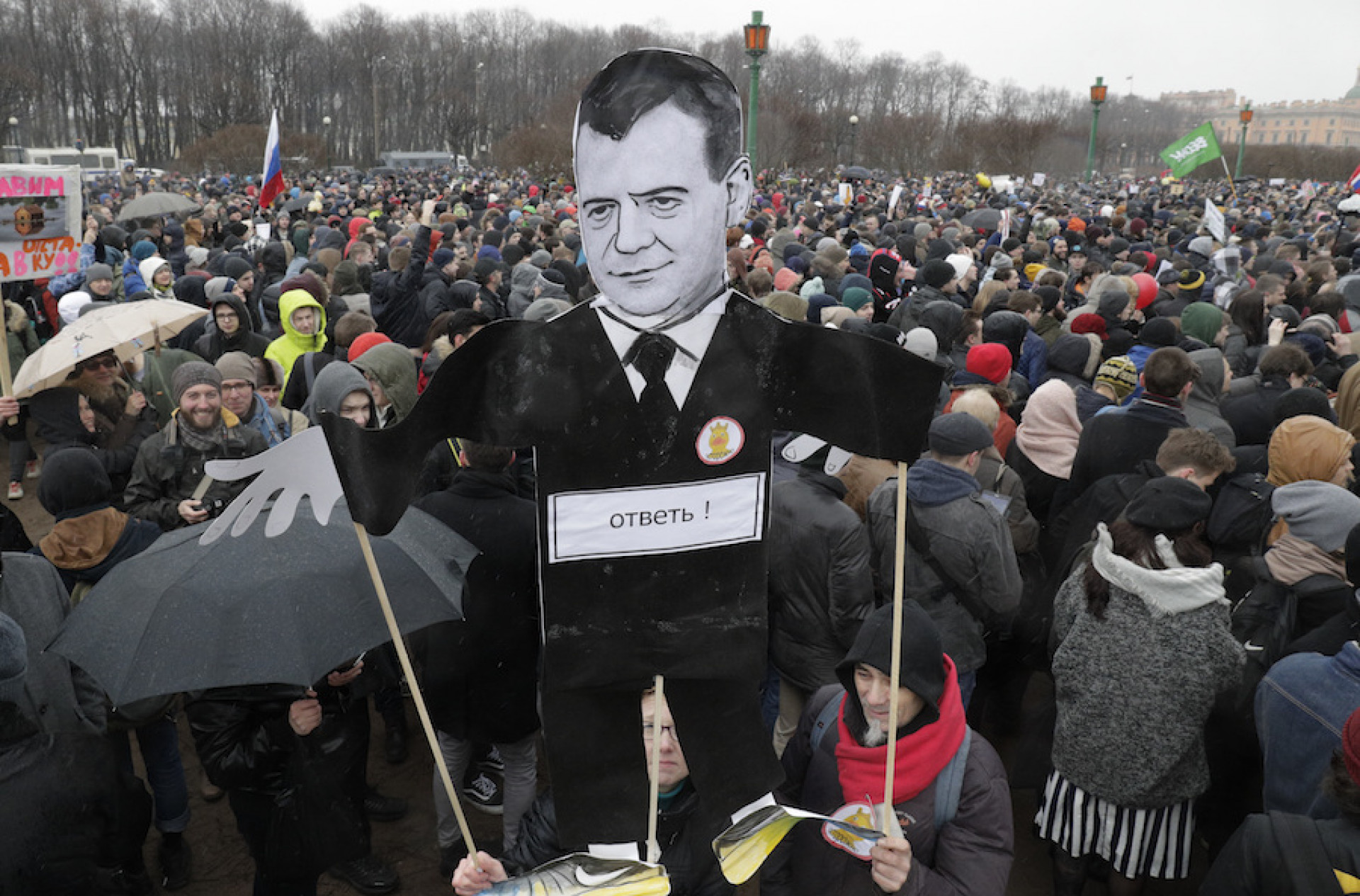 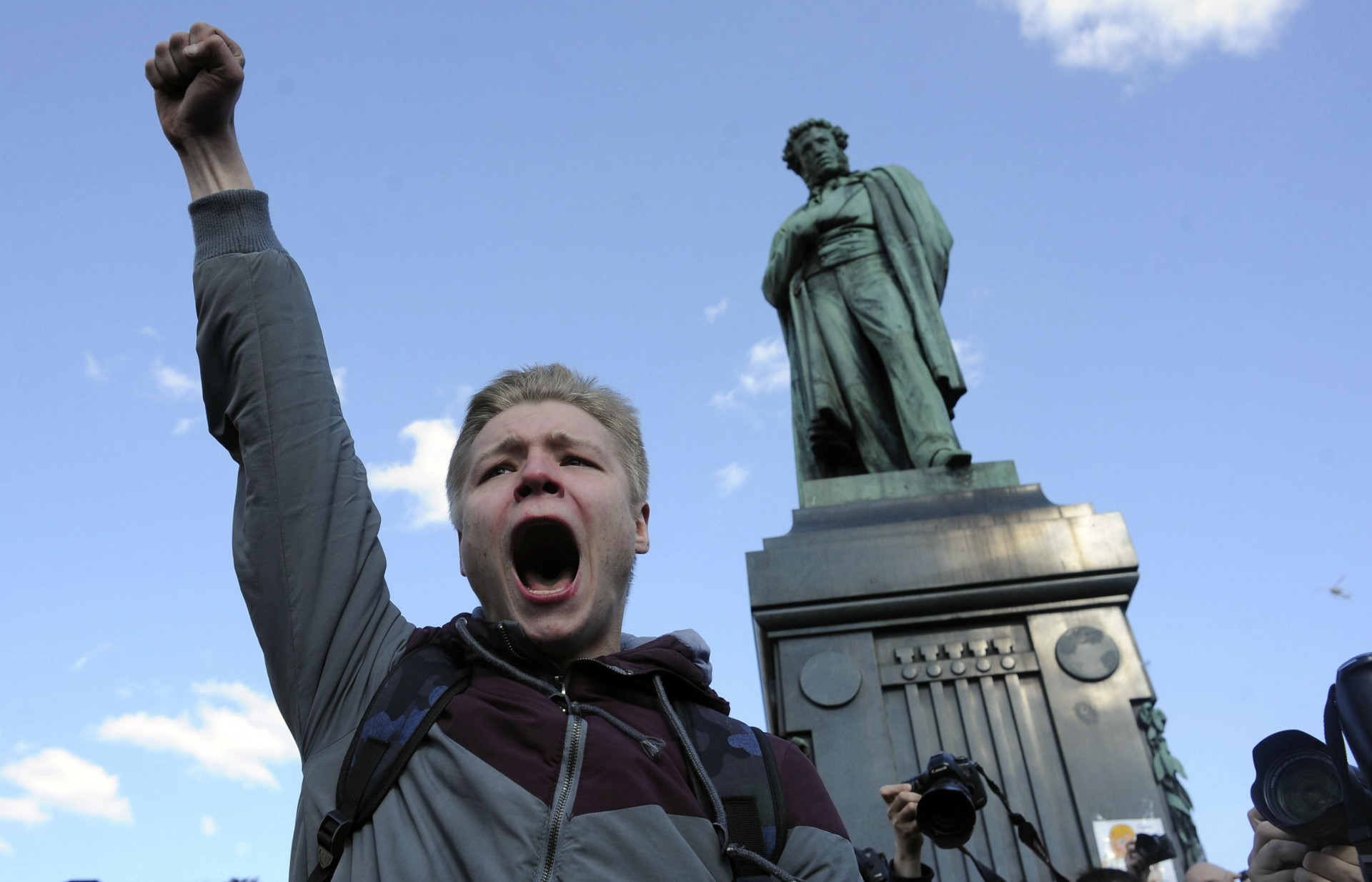 More than one thousand Russians were arrested after a wave of anti-corruption protests swept the country on Sunday.

The demonstrations were coordinated by opposition politician Alexei Navalny after he accused Russian Prime Minister Dmitry Medvedev of channeling bribes through non-profit organizations and building a collection of yachts and lavish mansions.

In many cities, including the Russian capital, demonstrators gathered despite being refused a protest permit by city authorities.