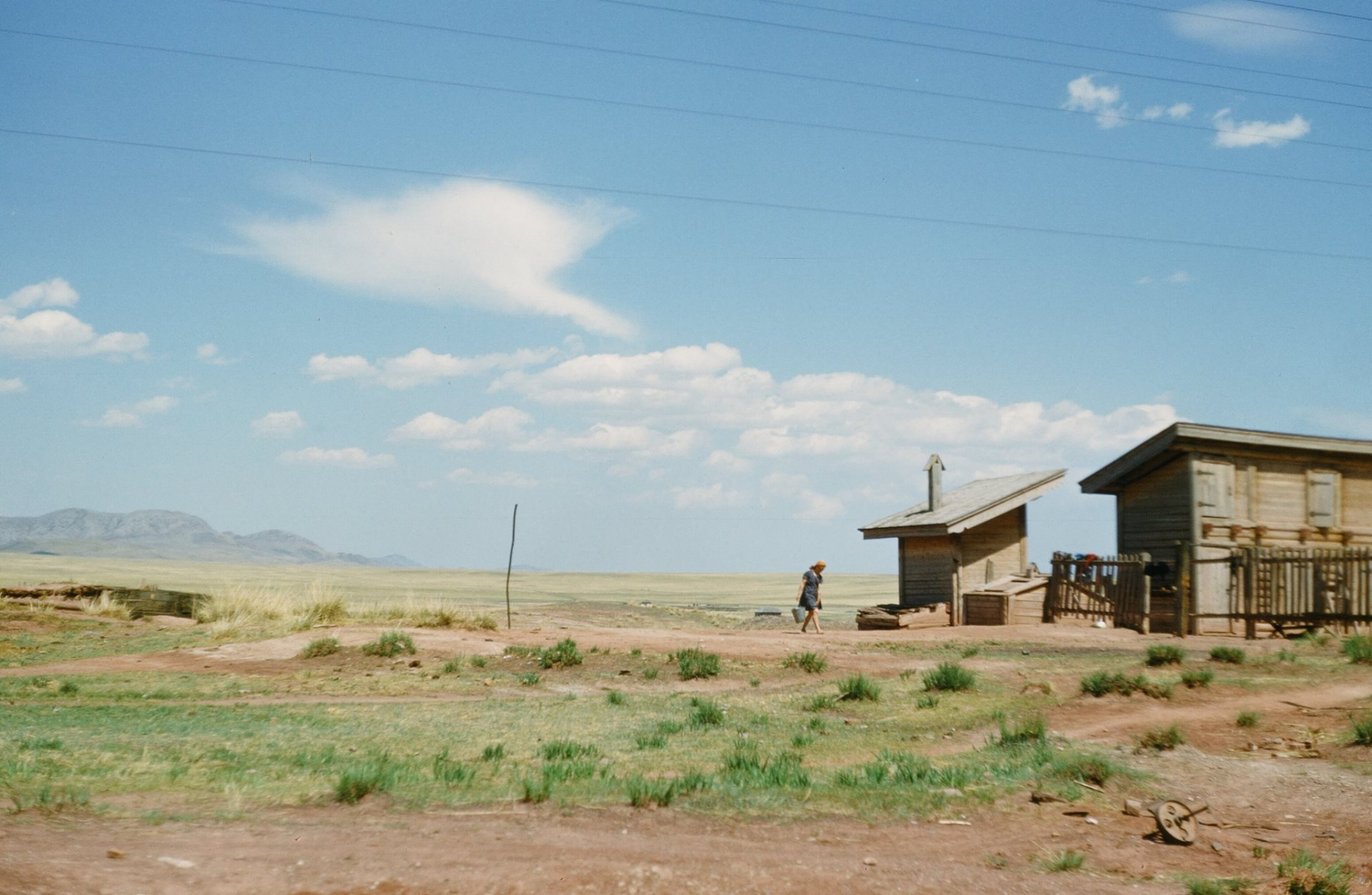 A woman returns to her home after collecting water in the Russian countryside. Douglas Smith / Major Martin Manoff 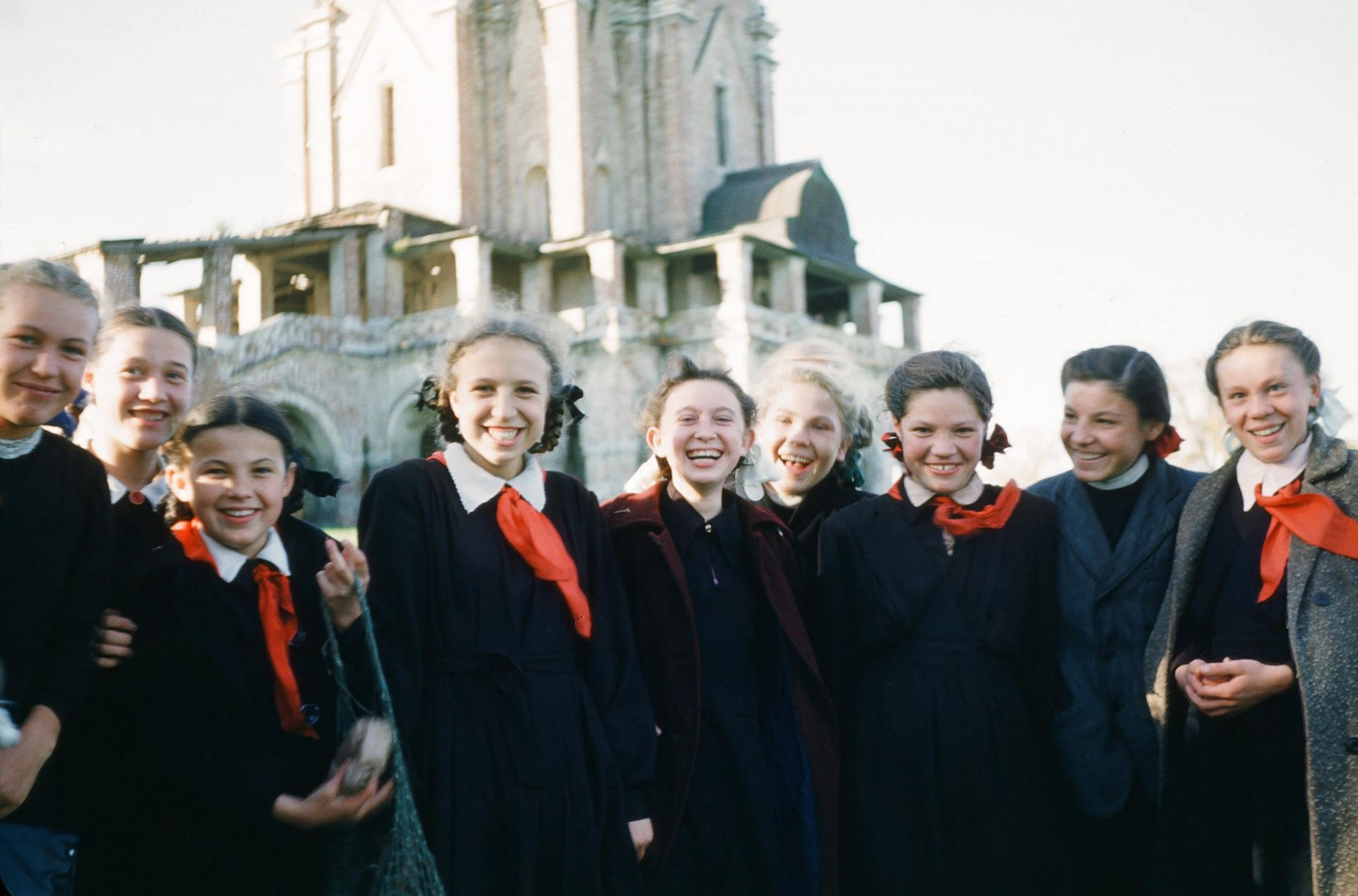 A group of girls in Soviet pioneers uniform pose for a photo believed to be taken in Kolomenskoye. Douglas Smith / Major Martin Manoff 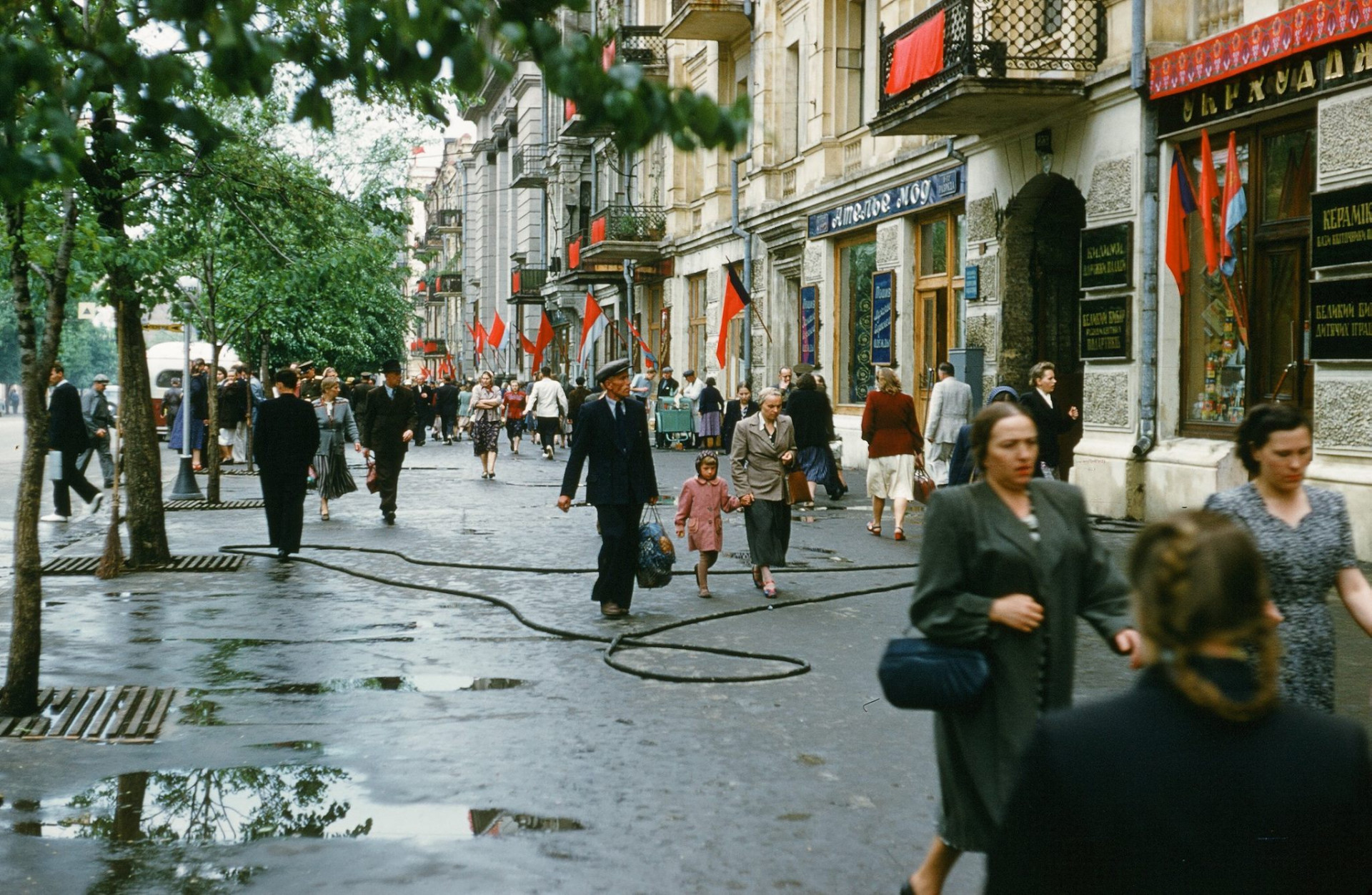 People walk past a cinema on a street in Kiev. Flags of the Soviet Union and Ukrainian Soviet Socialist Republic can be seen on the buildings. This photograph was taken in 1954. Douglas Smith / Major Martin Manoff 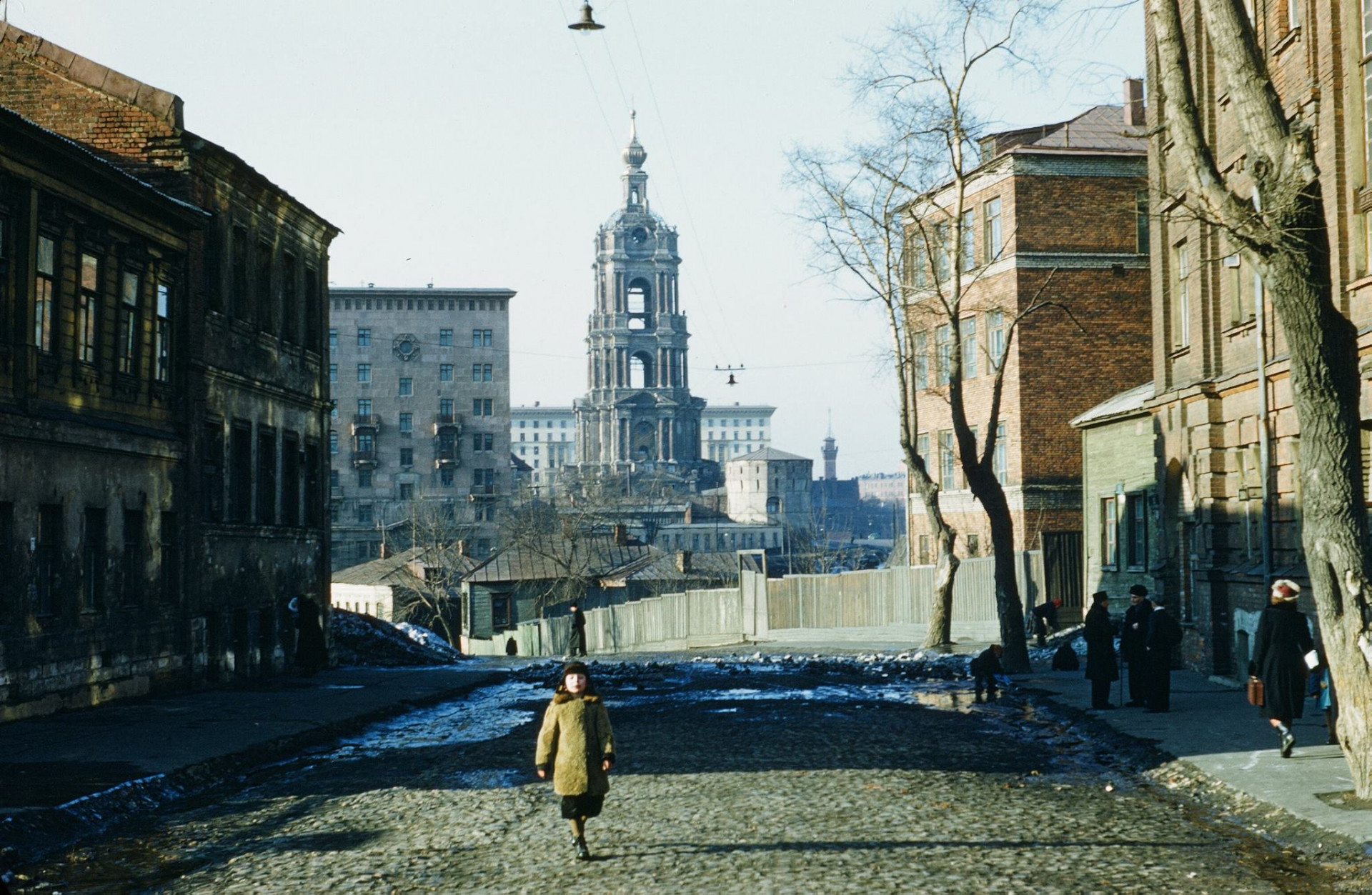 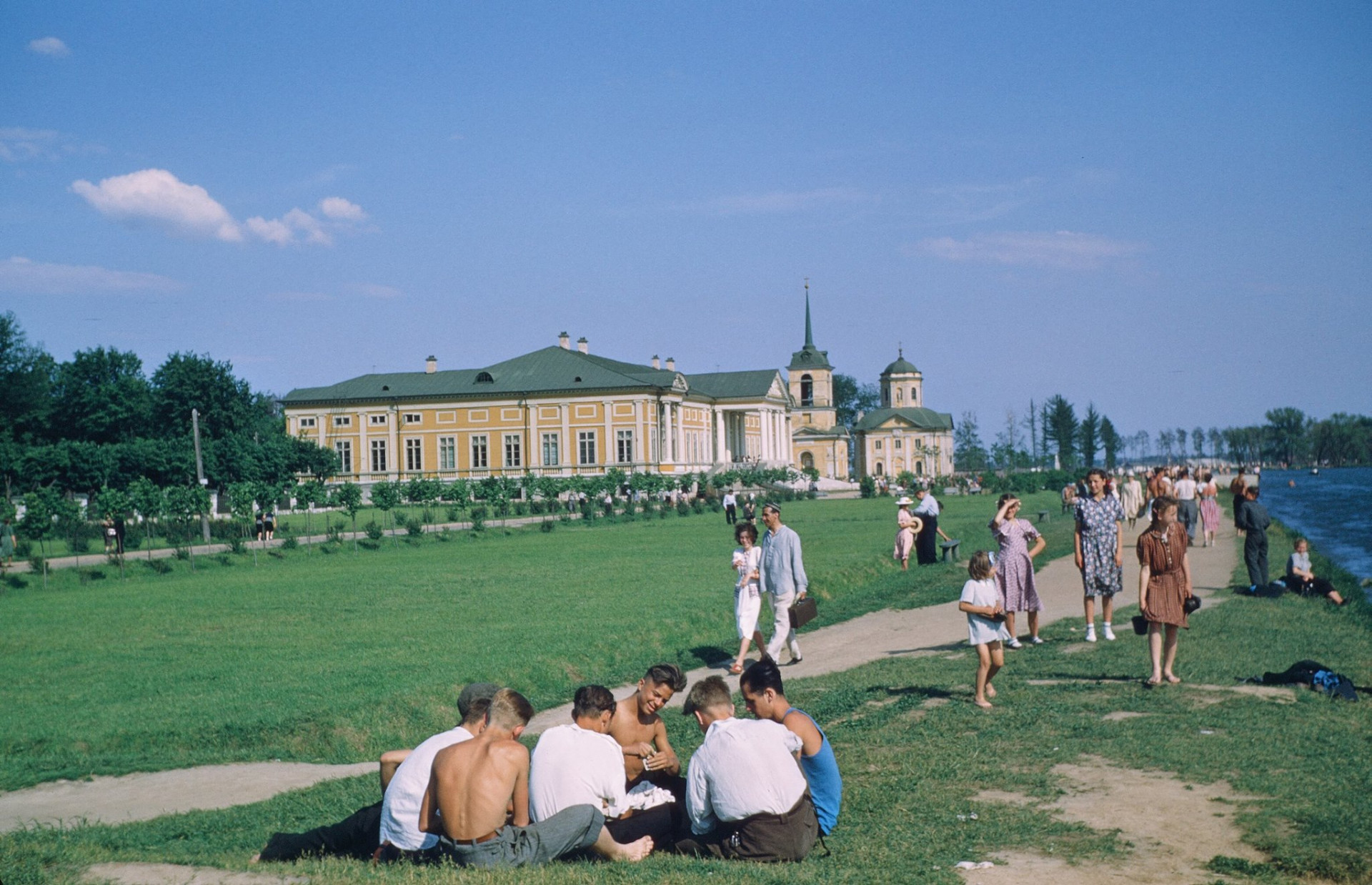 Teenagers lying on the grass in the gardens of Kuskovo, a country house built in the middle of the eighteenth century. Douglas Smith / Major Martin Manoff 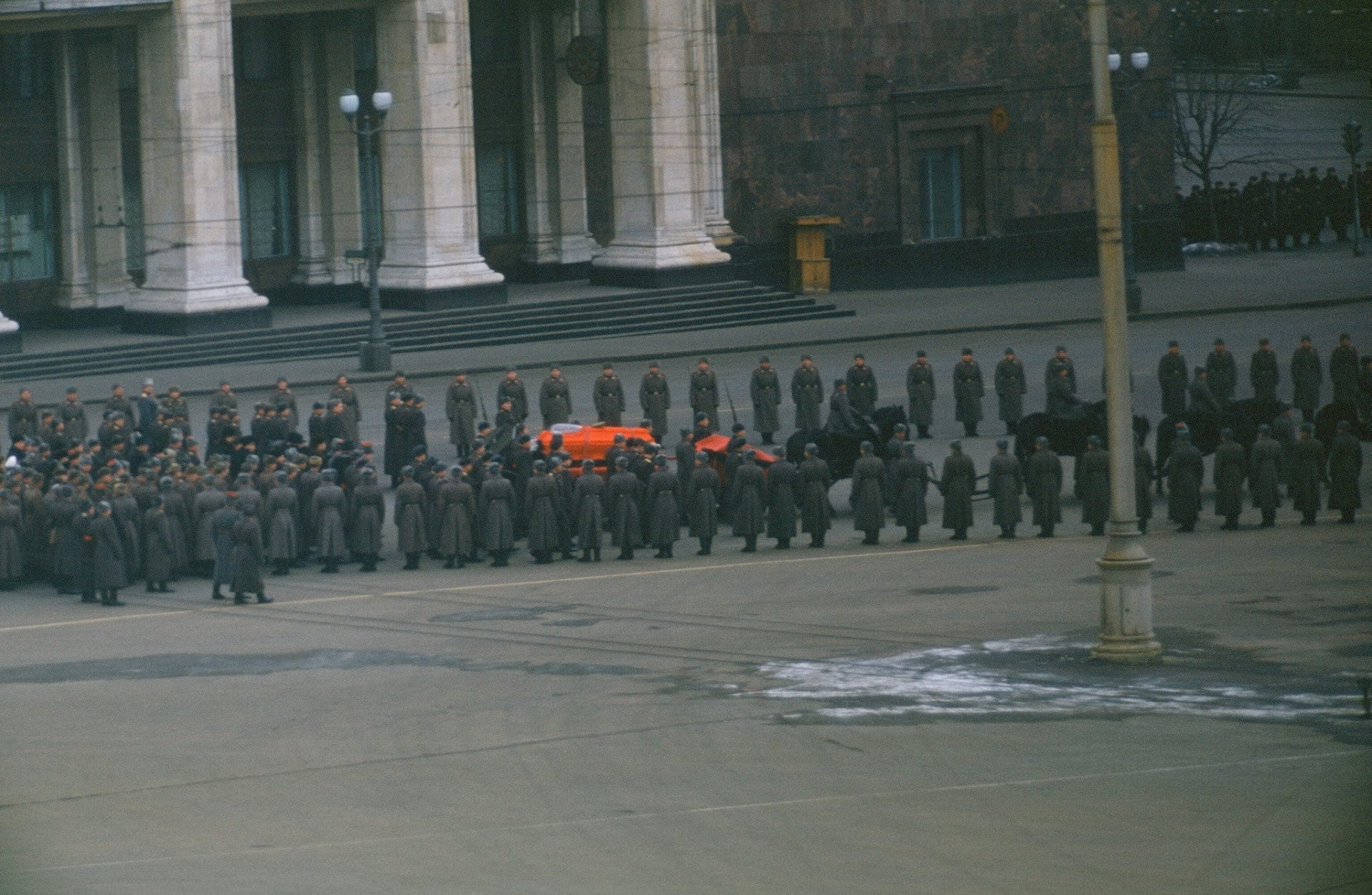 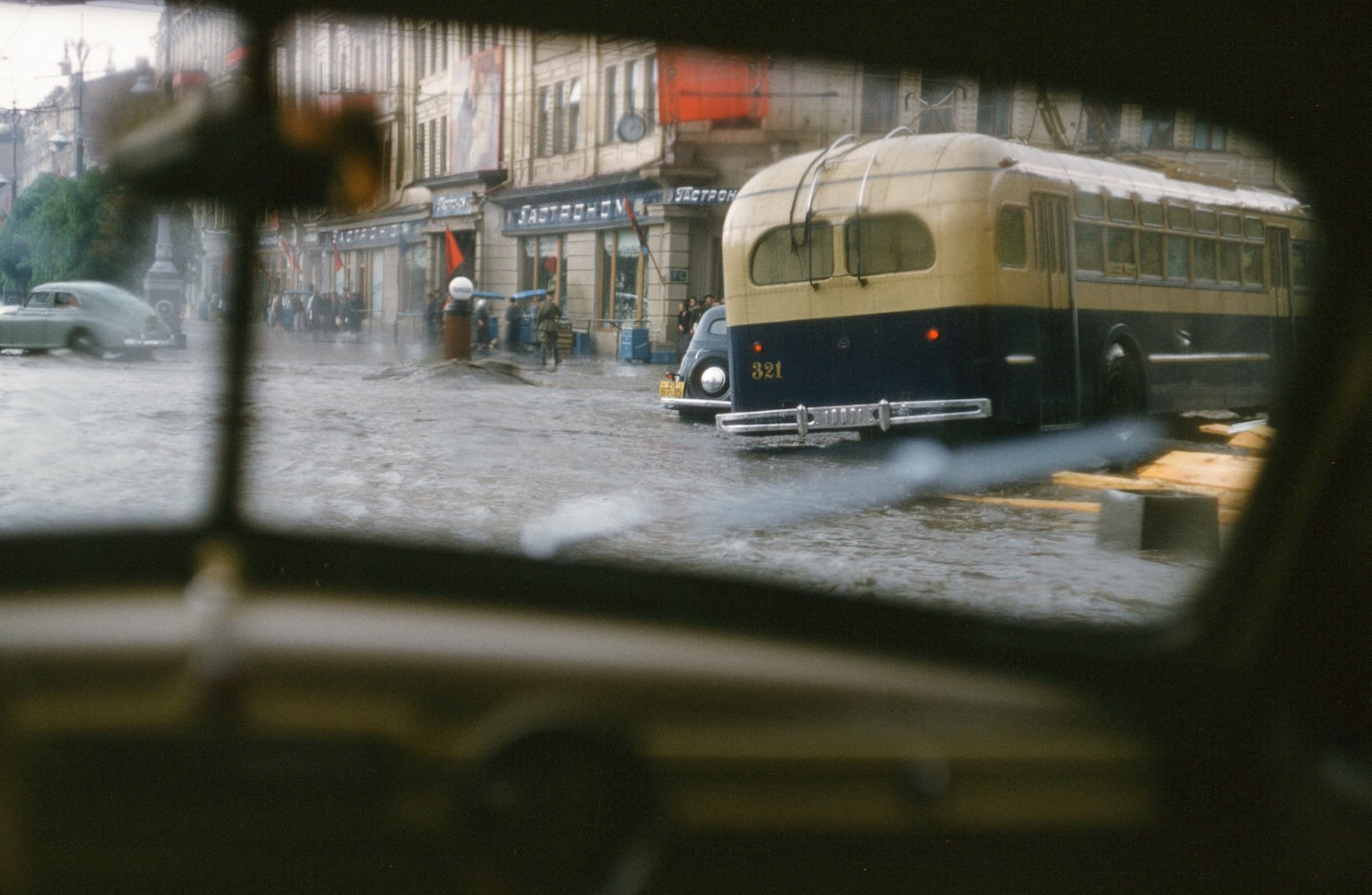 A public bus is seen during floods in the Ukrainian city of Kiev. Douglas Smith / Major Martin Manoff 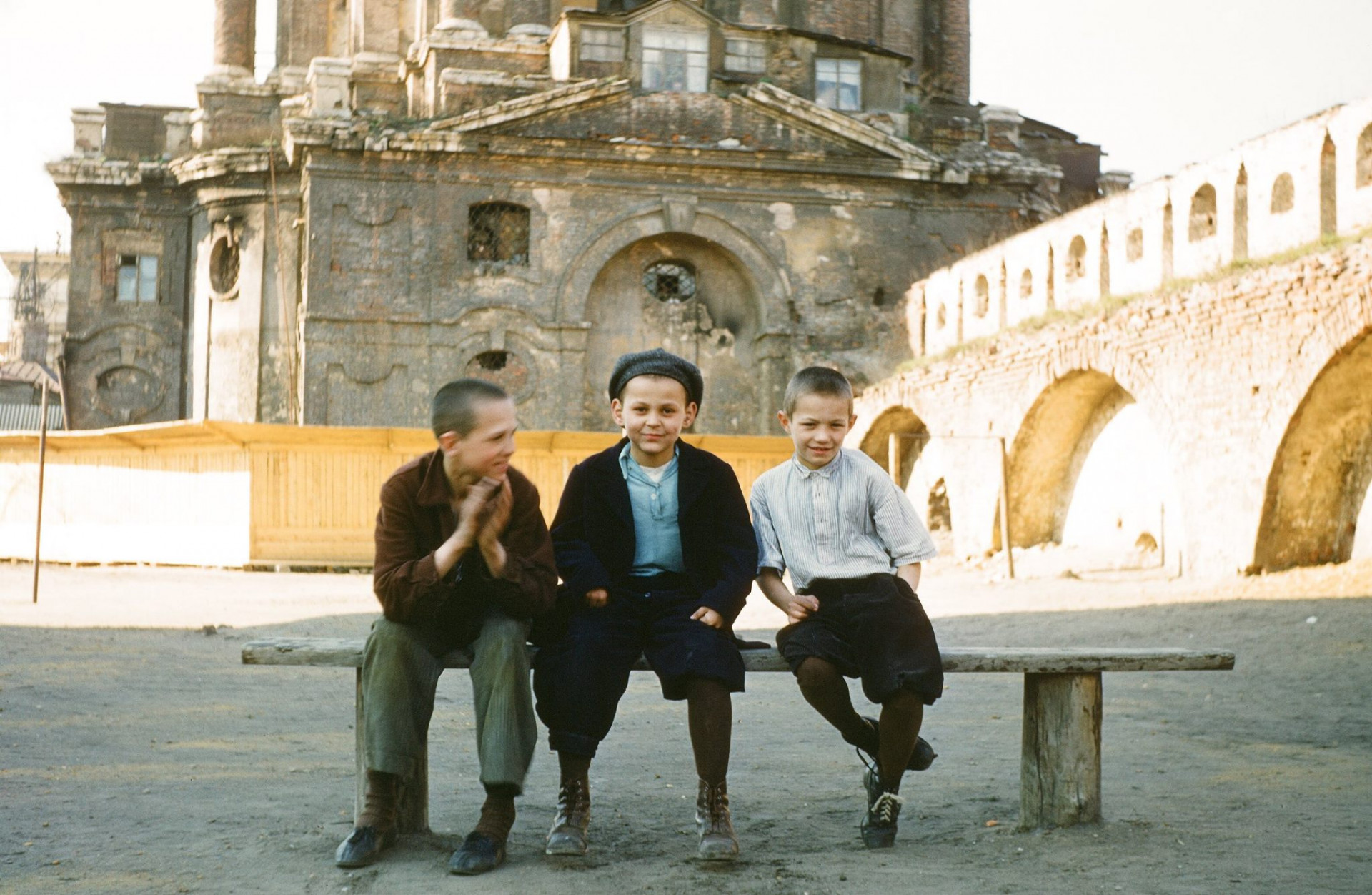 Three boys pose for a photograph while sitting on a bench outside the Novospassky Monastery. Douglas Smith / Major Martin Manoff 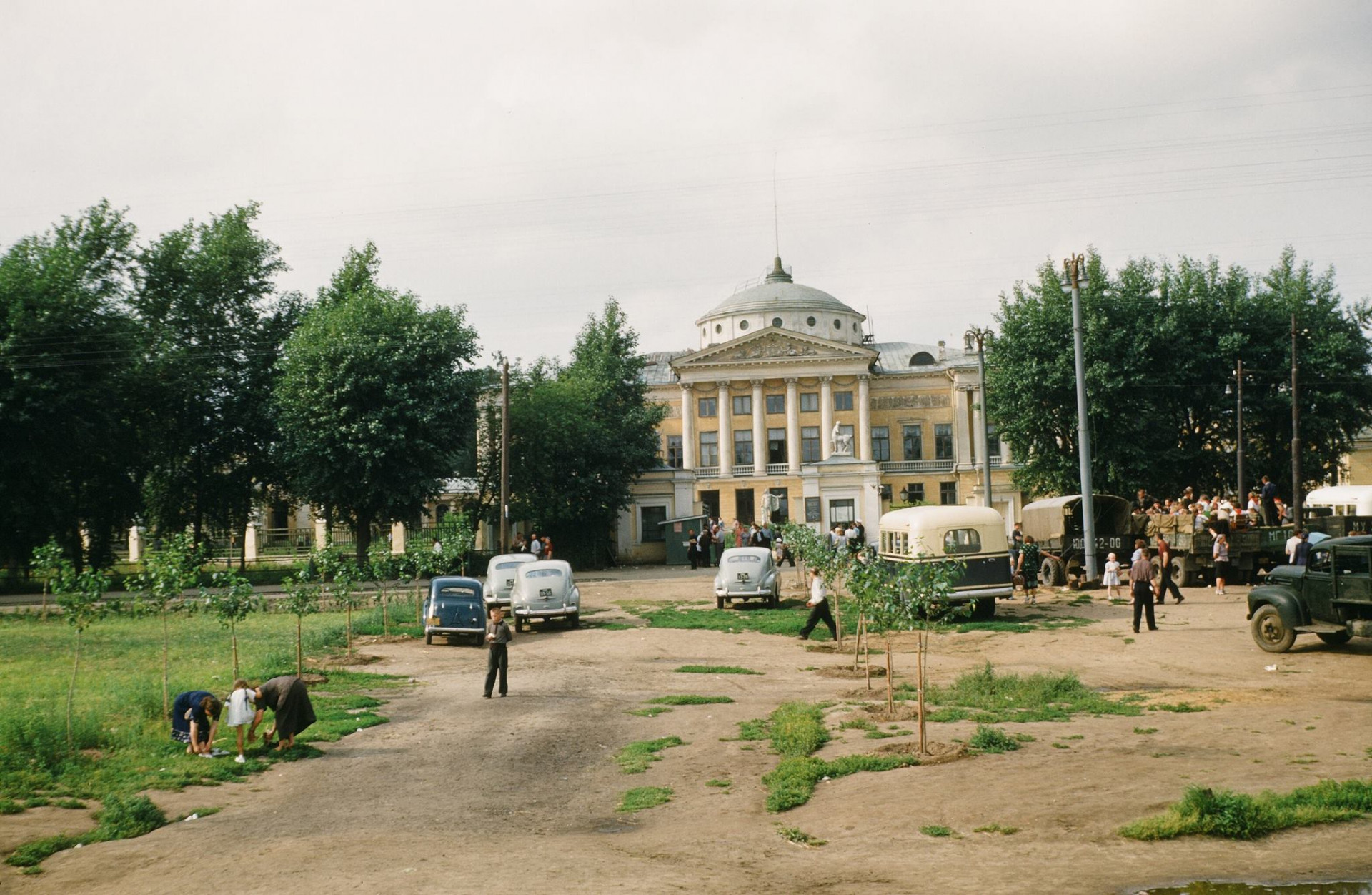 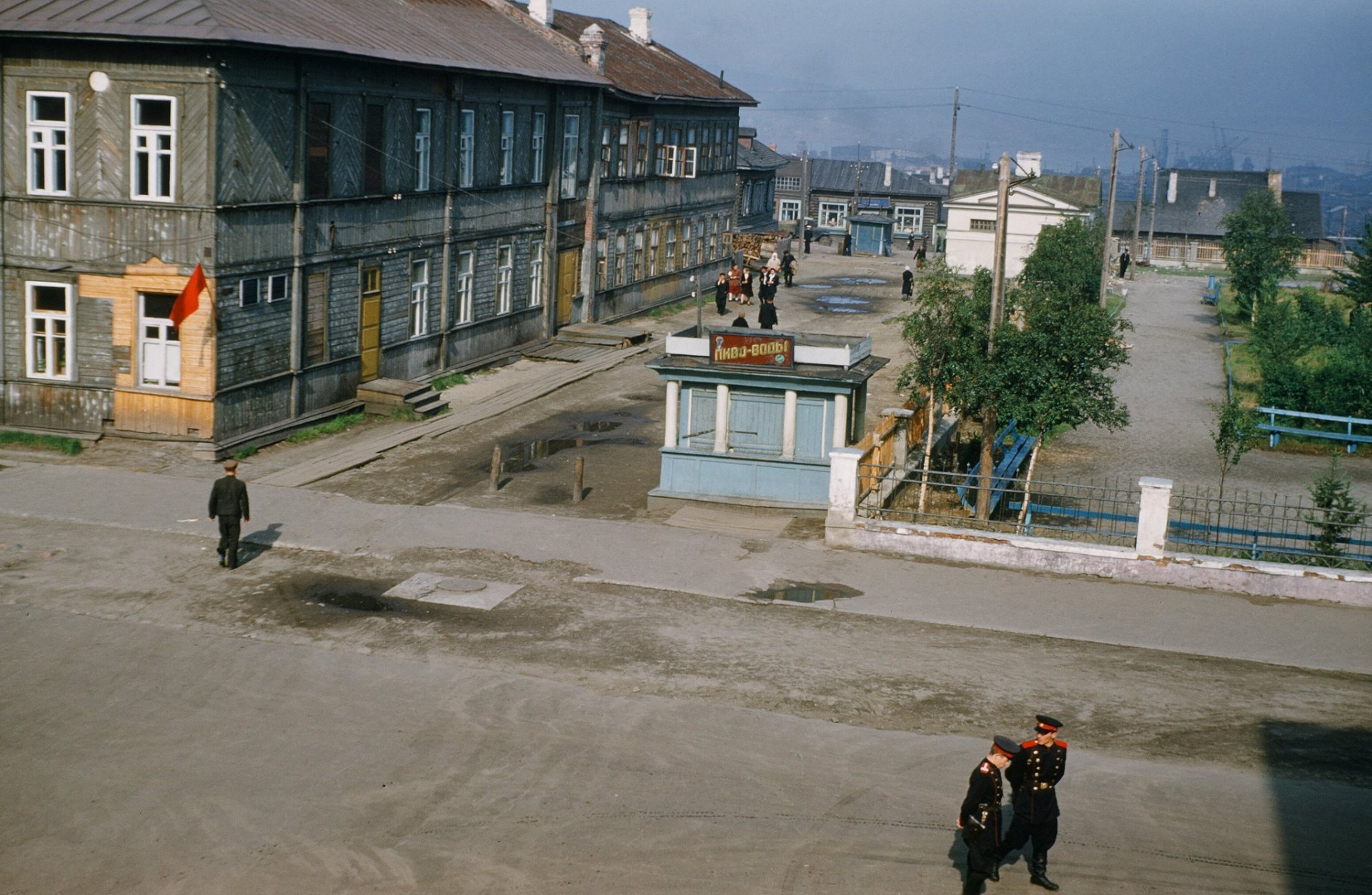 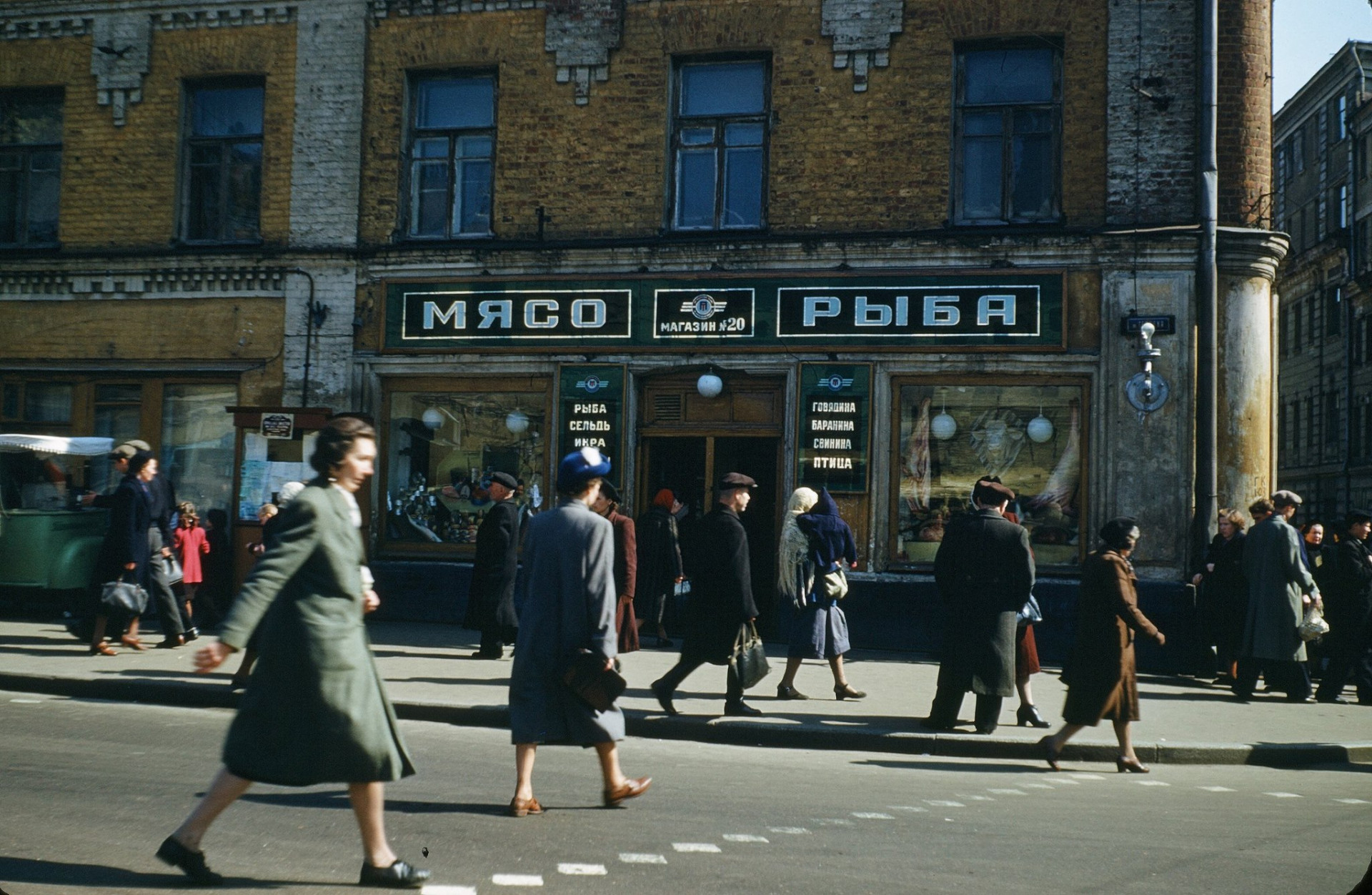 Major Martin Manoff, an employee of the U.S. Embassy in Moscow, traveled throughout Russia for two years before being expelled by Soviet authorities on charges of espionage.

Between 1952 - 54, Manoff recorded what he saw in Moscow, Leningrad, Murmansk, Yalta, and along the Trans-Siberian Railroad on color slides and 16mm film.

The photos and video he took, including 15 minutes of color footage of Stalin's funeral from an upstairs window of the old U.S. Embassy, ended up in a closet in his home in Washington State in the United States where it lay unseen for over half a century. Only now, with the death of Manoff’s wife, has his cache of film been discovered.