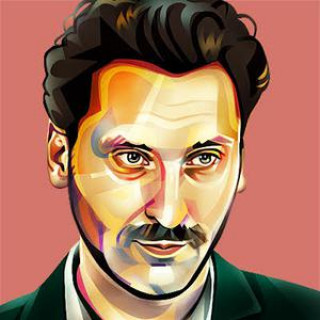 Rarely does the publication of a new database crash a website, but this is exactly what happened last week when the Memorial human rights group published personal data on almost 40,000 Soviet-era secret policemen. The archive contains records from 1935-1939, covering the whole period known as "The Great Terror," when Stalin's repression reached an unprecedented scale.

The publication of the database was the most discussed event of the day. Presidential spokesman Dmitry Peskov called it a “very sensitive” subject, and said there were two “valid but opposing” viewpoints on the matter.

Commentators on state-controlled Russia-24 TV offered the first viewpoint, accusing Memorial of helping “those who aim to destroy the Russian state.” By referring to all the Chekists as “executioners,” the channel claimed, Memorial was resorting to the same rhetoric used in the 1930s.

Russia’s independent media almost unanimously voiced the second viewpoint — that the the database was an important step towards de-Stalinization and national reconciliation.

It is impossible to understand the scale of the reaction to the publication of the database without appreciating another important event of recent months.

On November 14, Tomsk university graduate Denis Karagodin announced that he had accomplished the seemingly impossible. Following a four-year-long investigation, Karagodin had managed to confirm a list of all those involved in the summary execution of his great-grandfather, Stepan Ivanovich Karagodin, in 1937.

Karagodin’s years of investigation set himself up against the soulless monster of official bureaucracy, but his tenacity won through.

“When you come up against some kind of a state structure, you have a mission, a purpose,” the young activist said in an interview with Radio Svoboda.

“You are emboldened by tradition, family history, which in my case was approximately 200 years of documented history. ‘Resisting’ you is an official who is limited…only by the time that the structure was functioning. In the case of the NKVD, for example, it was 70 years….The forces involved are, to put it mildly, unequal, and the scale does not exactly tip in their favor. This is my existential crowbar. I arm myself with it like Nietzsche’s philosophical hammer,” Karagodin said.

The Soviet Union was an extraordinarily bureaucratic system. Karagodin exploited bugs and cracks in the archives of different government agencies to get the information he needed gradually – this despite the fact that the state was in no hurry to help.

Now that he has identified the entire chain of criminal actions, Karagodin plans to use modern Russian law to bring all those involved in his great-grandfather’s murder to justice. His task, despite the intervening years, is to ensure that the killers are officially named murderers, their accomplices are listed as accomplices, and their victims are called not spies and saboteurs – but victims of state-sponsored murder.

For years now in the ongoing debate over the country’s failure to de-Stalinize completely, people have lamented that the Russian government of the 1990s did not conduct a symbolic lustration along the lines of the Nuremberg trials. However, in focusing on that issue, they overlooked another possibility: that living descendents can use existing legislation to obtain justice for their murdered relatives. But to do so, they must become activists well versed in the law.

In fact, it was also activism, but of a different type, that enabled Memorial to publish the NKVD database. Its primary compiler was amateur historian Andrei Zhukov. He  began collecting the names back in 1993 with no particular goal in mind — like, he said, a stamp collector collects stamps. Zhukov also took advantage of “cracks” in the bureaucratic system – information on awards or new titles given to the Chekists –  that would wind up in state archives to which Zhukov gained access. After that, professional historians at Memorial reworked and systematized the data.

Now, 23 years later, the fruits of Zhukov’s efforts provide the perfect complement to Karagodin’s singular feat. Zhukov’s NKVD database will prove a powerful tool in the hands of anyone choosing to follow Karagodin’s example by bringing their ancestors’ persecutors to justice.

Immediately after Karagodin published the results of his investigation, the granddaughter of one of his great-grandfather’s executioners wrote to him asking forgiveness for an act for which she bore no personal blame. Karagodin published his response in his blog. “You will not find me an enemy or an abuser – only a person who wants to put a stop to this endless Russian bloodbath. It must be dealt with once and for all. And I believe it is in our power – yours and mine – to do that.”

Despite its somewhat grandiloquent tone, this “act of civil concord and reconciliation” – together with the compilation of the NKVD database – offers powerful proof of just how much ordinary members of society can do to rectify their national history.

And all without any government involvement.

Ilya Venyavkin is a historian of Soviet culture