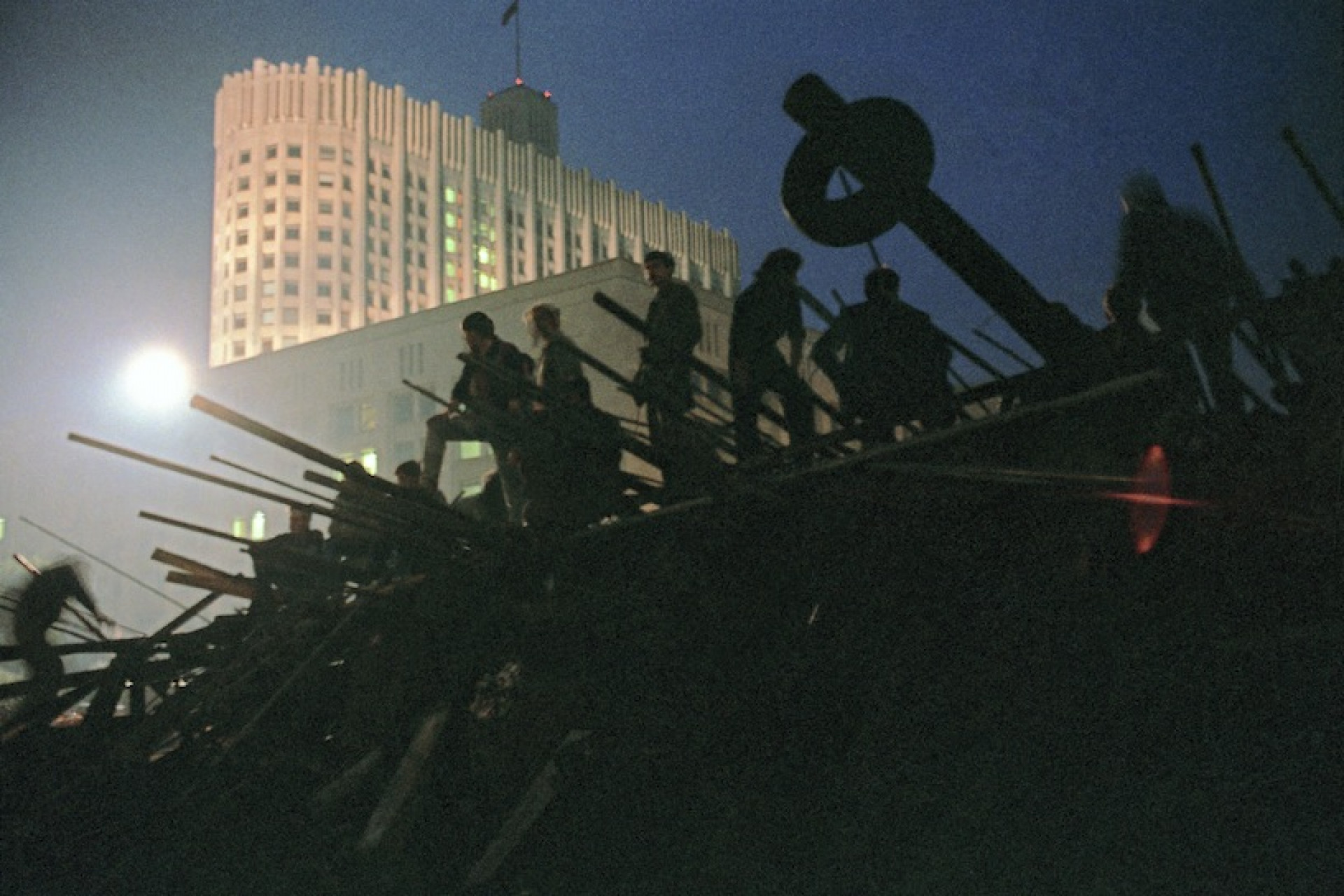 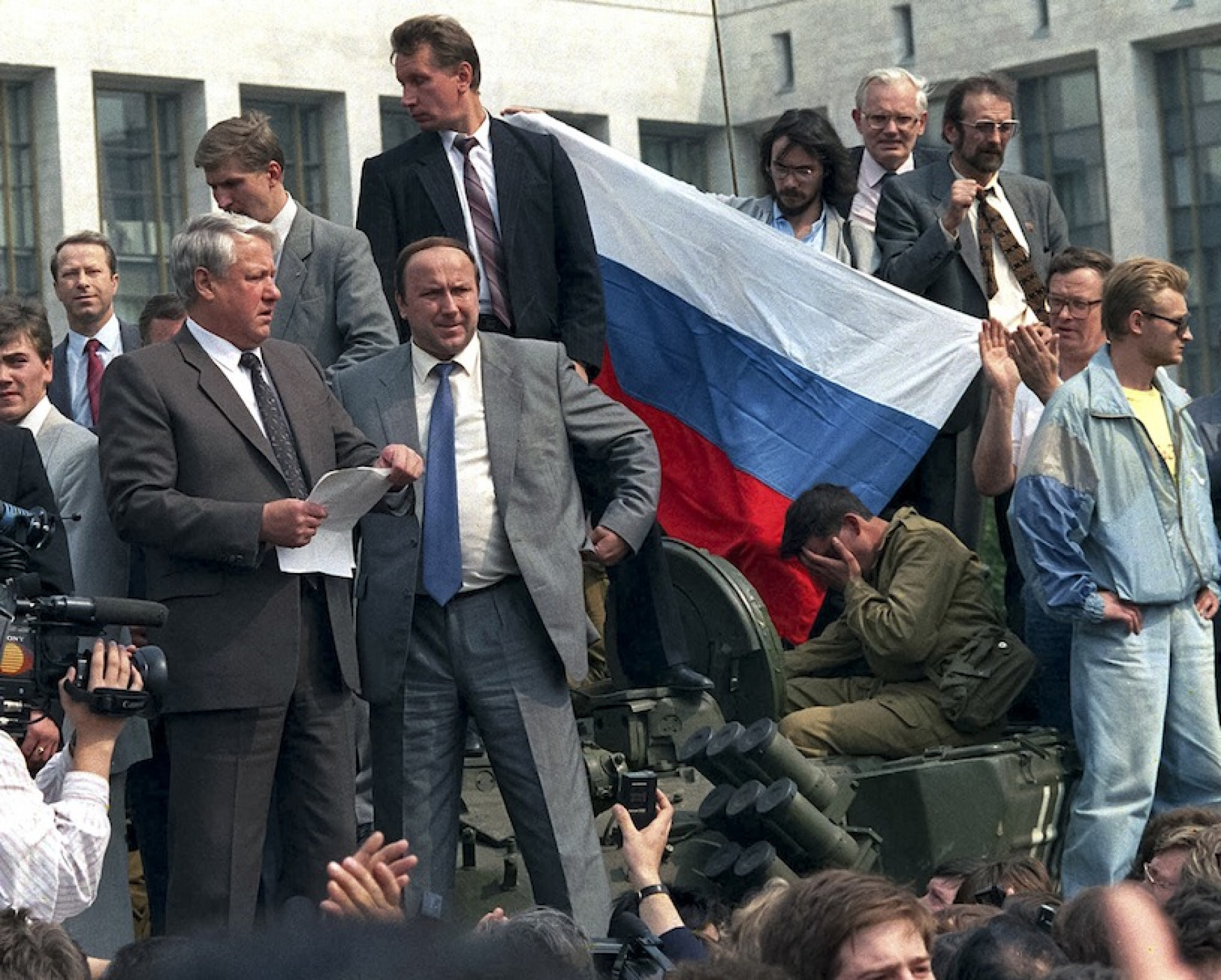 Russian President Boris Yeltsin (L) addresses the crowd standing on top of a tank in front of the Russian government building, surrounded by his bodyguards, in Moscow, Aug.19, 1991. AP 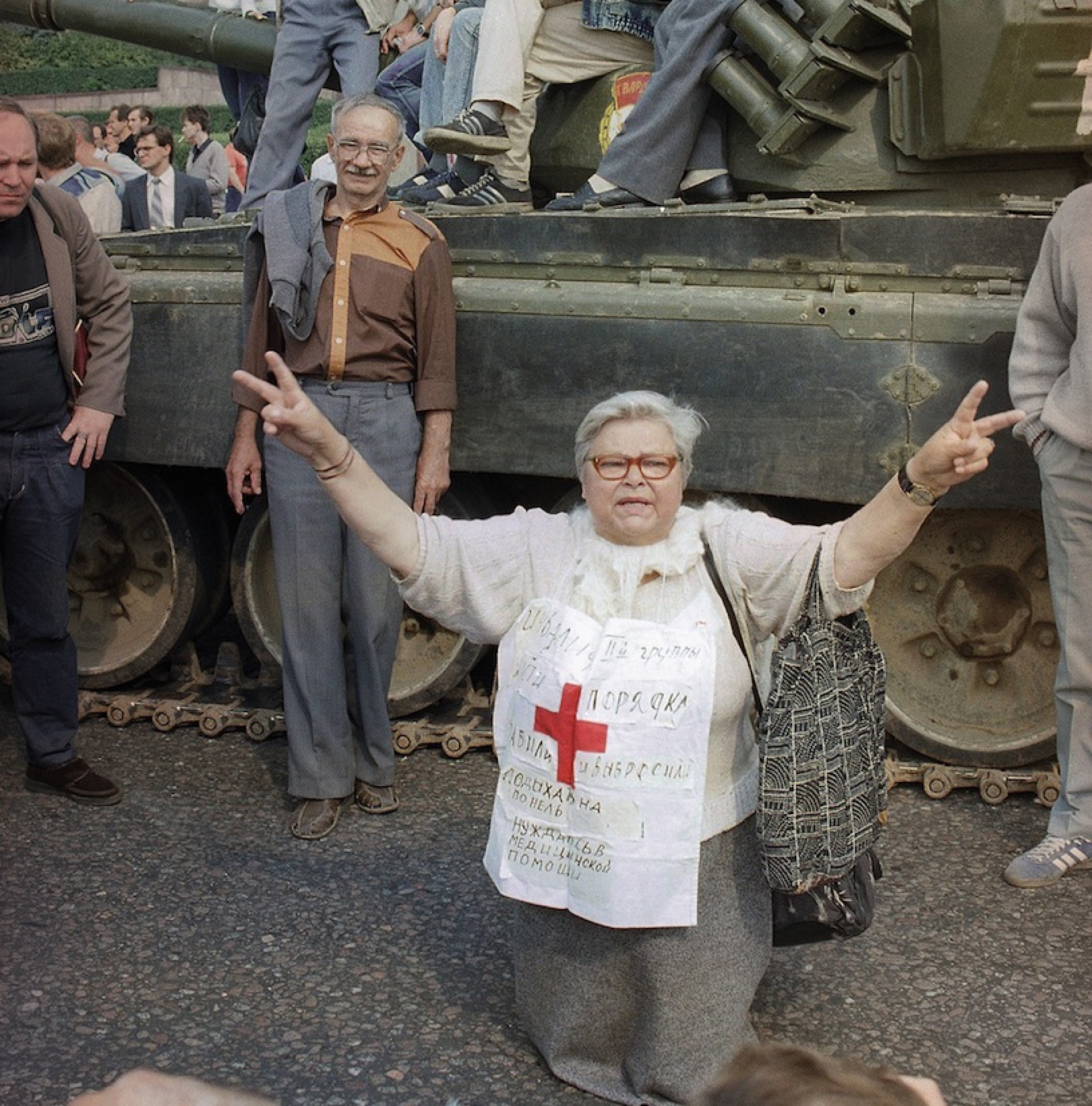 A woman kneels, making the victory sign and prays for the people of Russia, while other protestors against the military action climb and sit on one of the many tanks parked around the Russian Federation Building in Moscow, Aug. 19, 1991. Alexander Zemlianichenko / AP 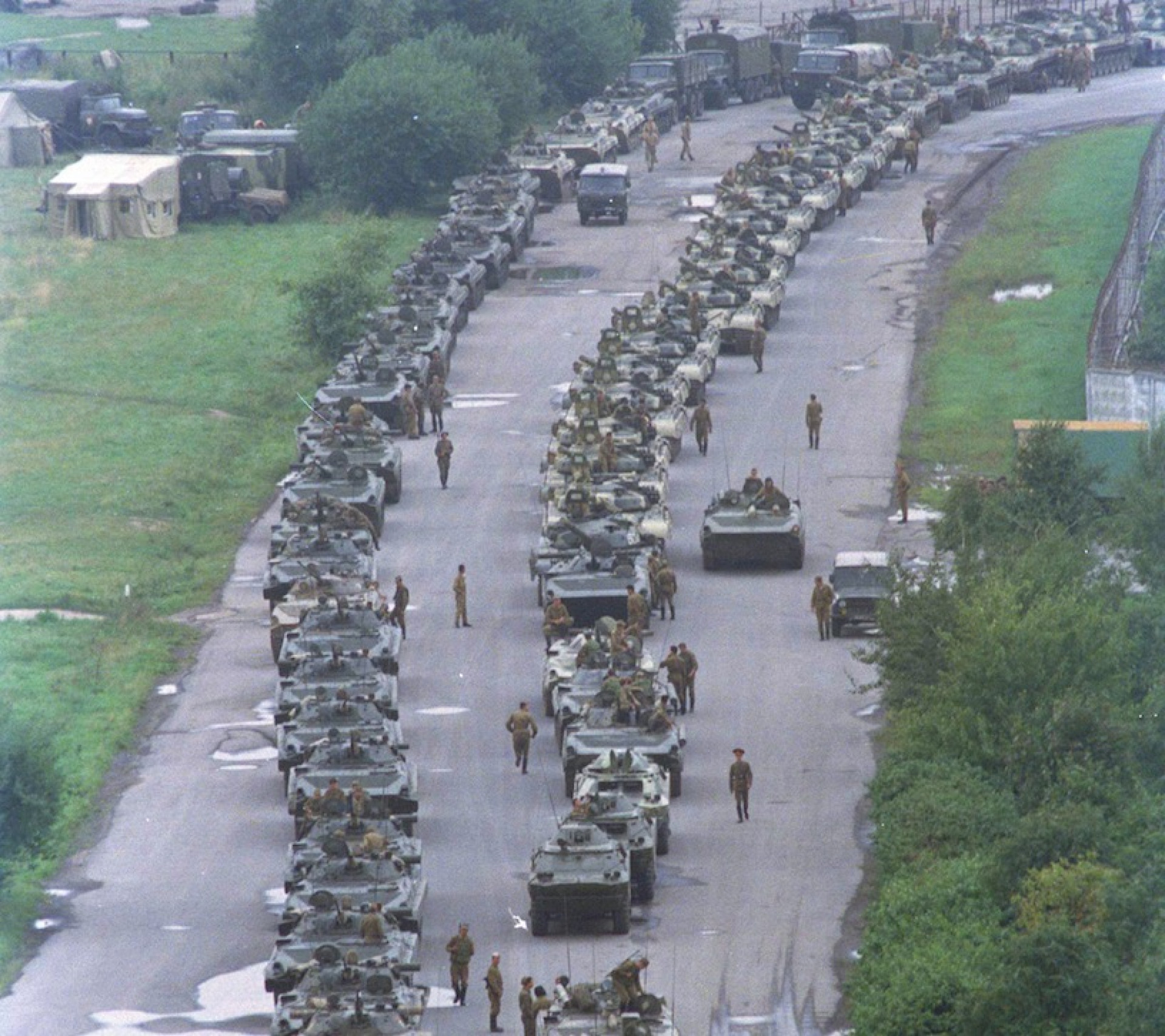 A convoy of Soviet tanks holds its position near Moscow's central airfield, less than two miles from the Kremlin, Aug. 20, 1991. Boris Yurchenko / AP 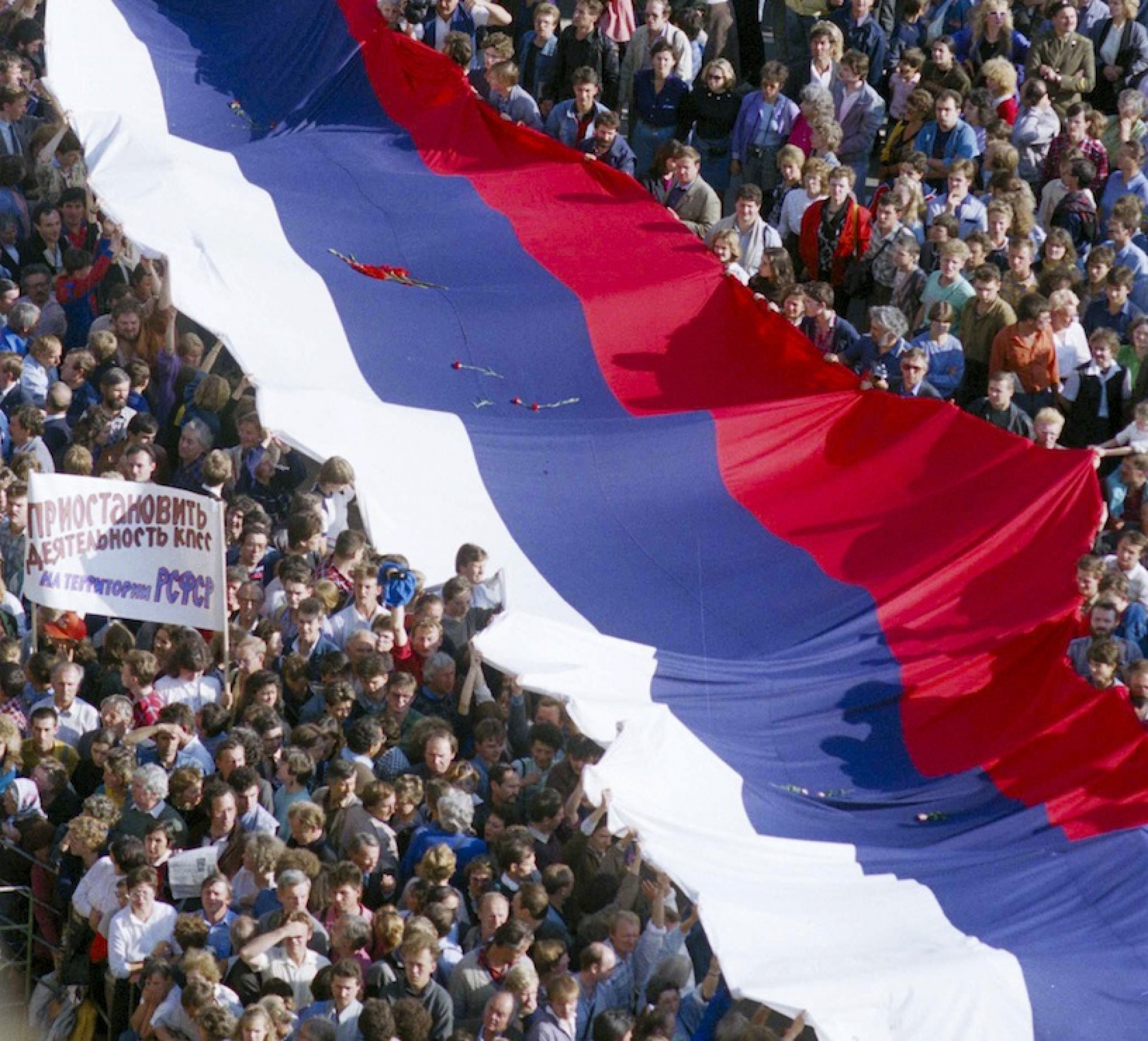 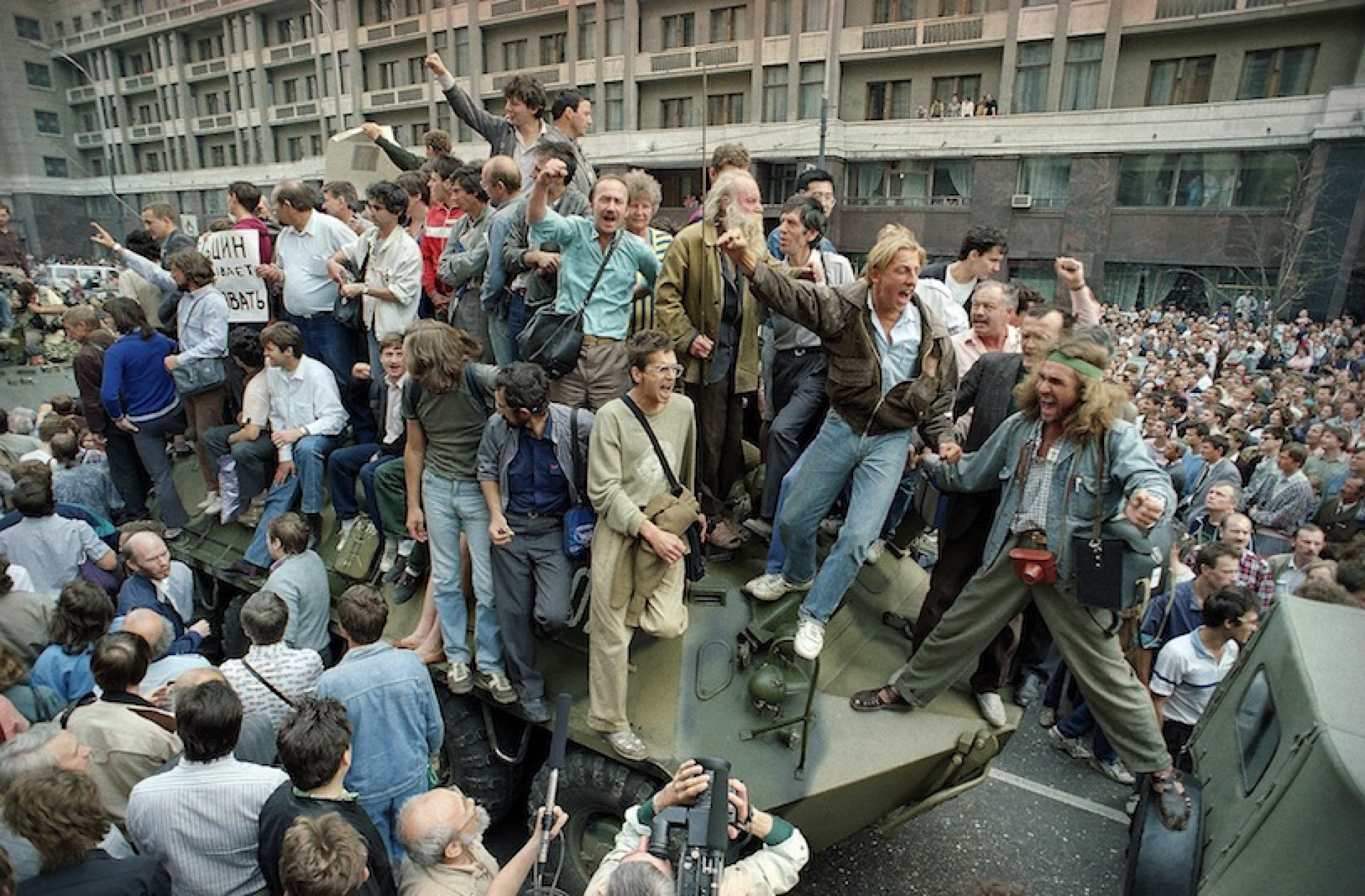 Crowds of people surround and climb on tanks which were stopped by the crowd as they drove toward the Red Square area, on Aug.19, 1991. Boris Yurchenko /AP 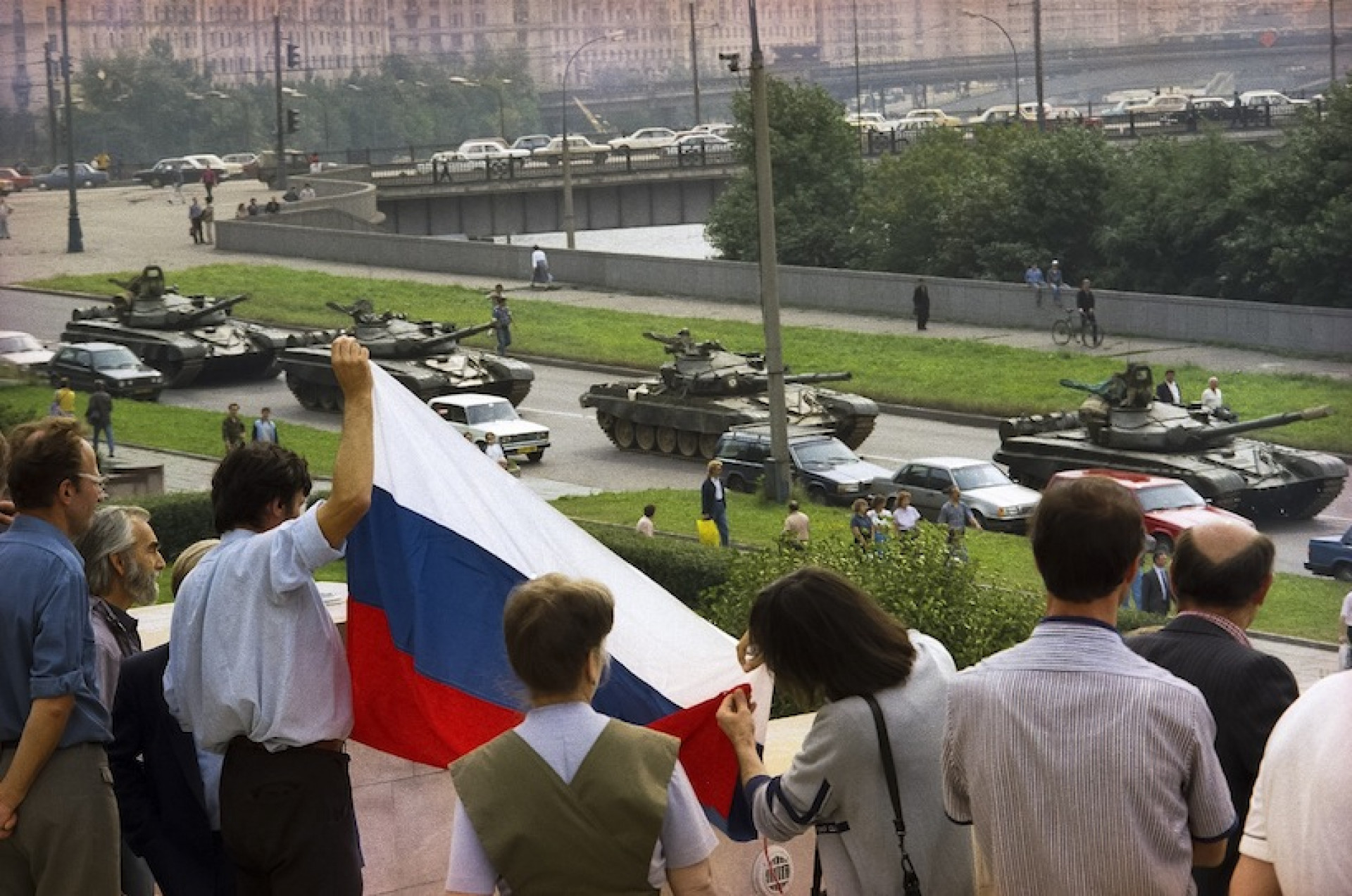 Protesters gather at the Russian government building, holding a Russian national flag as they protest the oncoming line of tanks around the building in Moscow, Aug.19, 1991. Alexander Zemlianichenko / AP 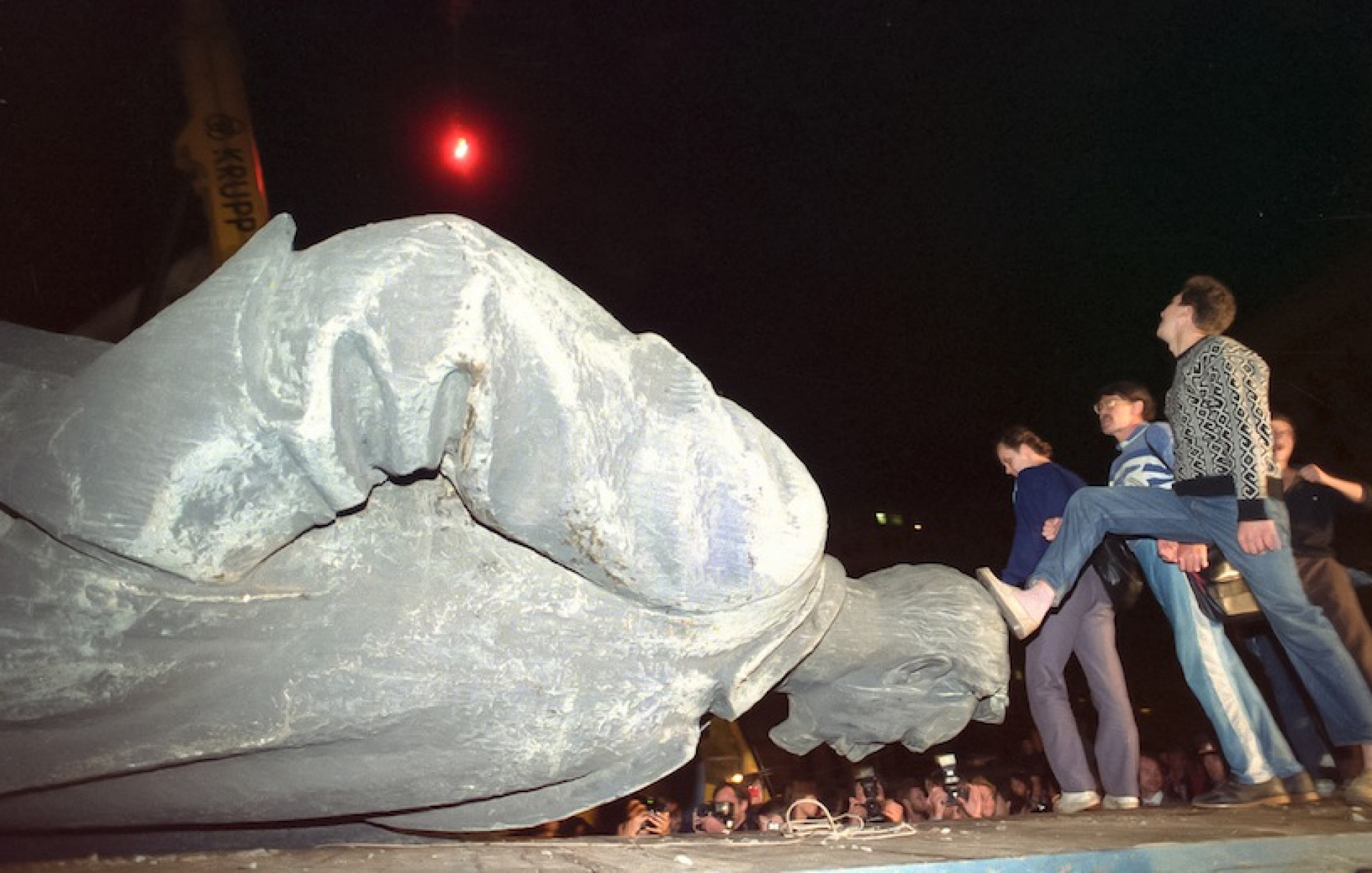 A man steps on the head of the statue of the founder of the KGB, Felix Dzerzhinsky, which was toppled in front of the KGB headquarters in Moscow, Aug. 23, 1991. Alexander Zemlianichenko / AP 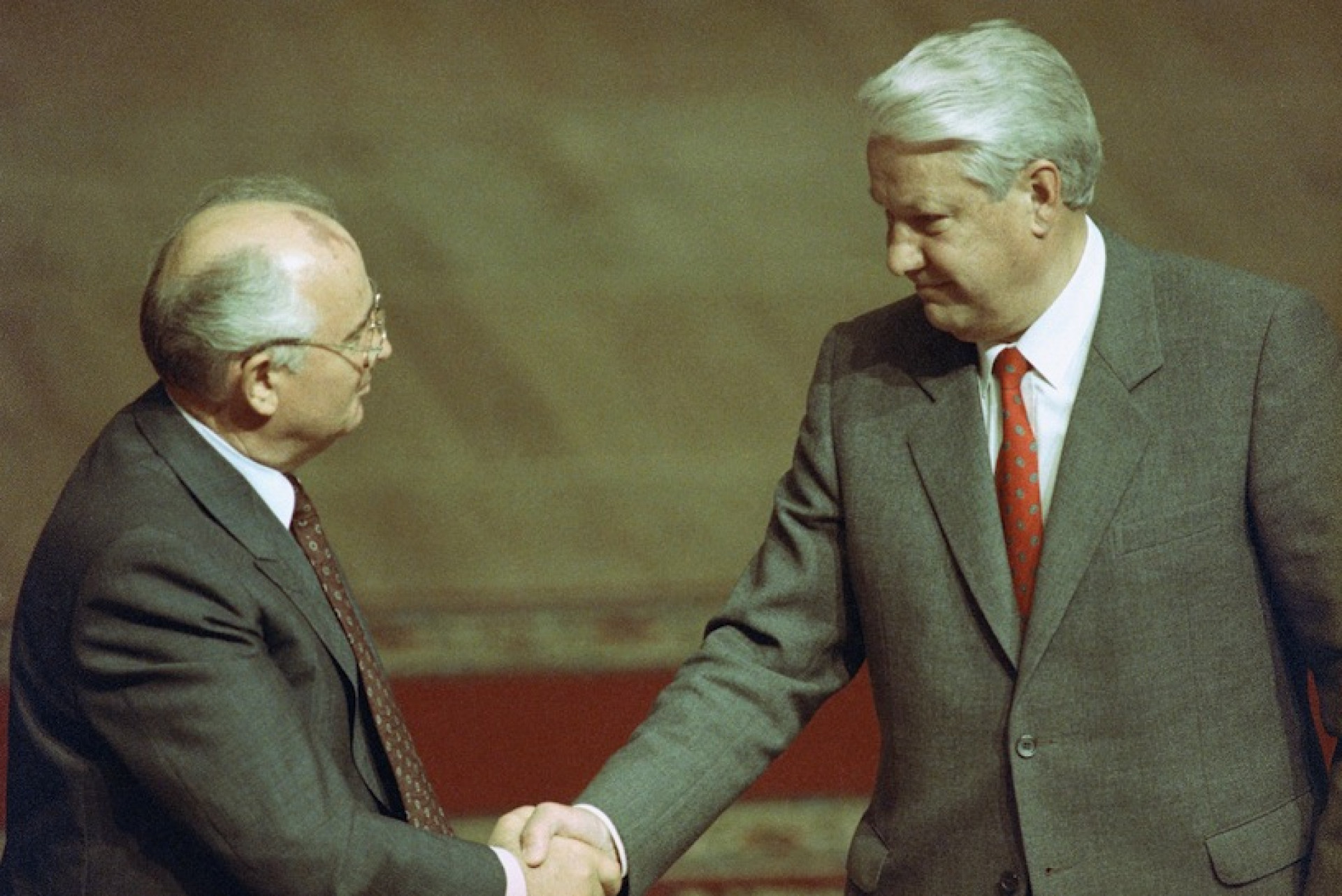 On Aug. 19, 1991, a number of hard-line members of the Communist Party of the Soviet Union staged a coup in an attempt to wrest power from Soviet leader Mikhail Gorbachev. The coup leaders were opposed to Gorbachev's program of reforms, but they were met with a short but effective campaign of civil resistance. Though the coup failed within two days and Gorbachev returned to power, it is widely regarded as contributing to the destabilization and later collapse of the Soviet Union.

Moscow City Hall has turned down an application for a rally commemorating the August Coup of 1991, event co-organizer Mikhail Shneider announced on his...
Soviet Union

Twenty-five years ago, the people who took part in the events of August, 1991, thought that the road ahead was irreversible. Instead, it turned out to...
show of resistance