U.S. diplomat Charles Hill was a senior adviser to former U.S. secretaries of state George Shultz and Henry Kissinger, and to Boutros Boutros-Ghali, the sixth Secretary-General of the United Nations. He has also penned two books: "Grand Strategies: Literature, Statecraft and World Order" and "Trial of a Thousand Years: World Order and Islamism."

The Moscow Times talked to Hill about the impact of the Russian-Ukrainian crisis on today's world system and the role other global and regional powers play in preserving — or undermining — the global order.

Q: What is your understanding of the origins of the conflict between Russia and Ukraine and the West in general?

A: You have to see this in a global context. I don't think it's really beneficial to analyze each local conflict around the world separately. This is something that has to be considered in terms of the international state system. That is the system by which the world's countries, the major powers, agreed — and generally obeyed — to work with each other over several hundred years.

What Russia has done in taking Crimea and destabilizing the eastern part of Ukraine — whoever can be blamed for the origin of it — is detrimental, and damaging to the international order.

What China is doing in the contested waters of Asia, the Middle Eastern turmoil and the actions of the Islamic State are also damaging to that international order.

So each individual local regional crisis is different, but at the same time they all have some interlocked connection, and are harming world stability and the possibility of world cooperation.

Q: A typical Russian response might be: We didn't start this. Look at Kosovo, look at Iraq. It was the Americans who started this destructive process. Why blame us?

So we are talking here about the countries and leaders who should be responsible for doing the right thing to maintain stability, but they are all behaving badly, and Russia is one of them. The Crimean seizure is illegitimate. It cannot be accepted in terms of the international order. And it can only be handled responsibly if the U.S., Europe and Russia begin to work cooperatively, as mature leaders. I am sure that part of it certainly would be to lift sanctions on Russia, albeit not right now.

Q: So you support softening the current stance on Russia?

A: I see sanctions as not constructive; I don't see them as being effective. It's not a matter of leverage. It is not about threatening Russia, it's about whether the countries can understand that they have something in common here. And this commonality is to return to the international order that is in the interest of all of the parties.

Q: What makes you think that Russia is interested in preserving the previous world order?

A: I don't think Russia is interested in it. That's the problem.

When you cross a line that you shouldn't cross without at least exhausting all other remedies, and roll tanks over the border, then you are damaging the international security system. And what is really troubling is that Russian regular troops were involved in these matters with no insignia.

It may seem trivial, but it's a fundamental point in the international system going back to [central Europe's] Thirty Years' War (1618-1648), and [jurist Hugo] Grotius, the father of the international order: that you have to agree [to use] a professional military that is identifiable as legitimately sent by a legitimate government. 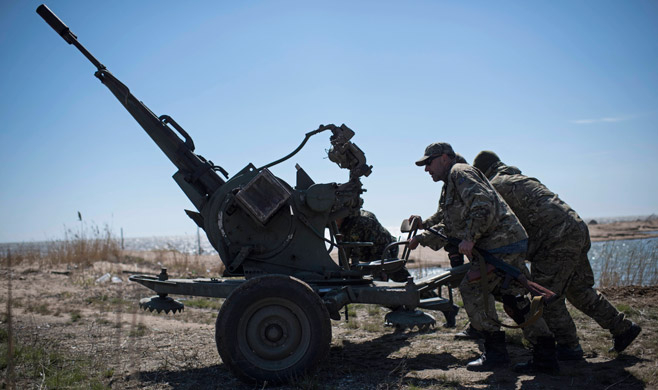 Hill said Russia crossed a line when it sent regular troops into Ukraine with no insignia, which according to the diplomat violated a world order principle.

When you have troops with no insignia, you have deliberately violated a principle that is at the heart of the whole order, of the way nations have agreed to work with each other. So that's symbolically a very bad sign.

I don't think Russia understands this. I think that it is either deliberately deciding that this established current order is collapsing and they are going to just go ahead and grab what they need in their own interest, or they are ignorant of it.

And I can say this of the United States as well, and about China too. I also think that the Europeans have done things that indicate that they are ignorant or oblivious of their own history: They have taken their own European structure and dismantled it, and now they don't know what to do with what is left.

You can make a long list of these transgressions, but there is no point in saying that my violation is less significant than your violation, and my violation is justified because you violated first.

Q: In your opinion, is there an understanding in Washington of the threat that this conflict poses to world order?

A: No, and it comes down to education.

In earlier decades, American students learned about how the modern world order came about, how it arose primarily through the Westphalia treaty that followed the Thirty Years' War. People learned that, they knew what it was, and then 30 years or so ago that was taken out of the educational system.

And it was certainly not part of education in Communist China and under the Soviet Union, because both regimes were knowingly dedicated ideologically to oppose, bring down and replace the international state system.

So now we've come out of that period of time, and there is a search for order, but that search does not involve knowing the structure of the global house. And this is accompanied by a global crisis of national identity.

I think that the Russians are searching around for who they are in the post-Communist, post-Cold war, in the new 21st-century era. And what I see in the massive media blitz being put out from Moscow is an attempt by the Russian government to try to tell the Russian people who they are.

You can see the Chinese trying to do something similar with one major media domestic propaganda campaign after another.

And in the United States, President Barack Obama is trying to convince the American people that they really have an identity that is starkly different from what the Americans thought their identity was for the last 75 years or more.

Europe is probably the worst of all. It's like an adolescent phase when you are trying to find out who you are when you are 15 years old, and we are seeing this play out all around the world.

Q: So does this mean the Westphalian order will evolve into something else? Or is it just a challenge that has to be overcome?

A: Right now it is a challenge to be overcome, but the challenge is getting greater.

What is worrying is seeing what Russia is doing toward Ukraine and seeing what China is doing in the international waters of Asia: It indicates that their leaders think that this order is finished. And therefore what they need to do is begin to move rapidly, but carefully, to begin to create spheres of influence.

This will be a dramatic and a very damaging step backward from the universality, the globalization and the general commonality of understanding of the world that has been the goal of the world's great nations for a couple of hundred years.

This is a situation where we will go backwards to something like the 19th or 18th century and that would be a time much more likely to produce big conventional wars. And if that begins to happen, we are going to see rapid nuclear proliferation.

We are already seeing that in the Middle East. From Pakistan to Saudi Arabia, Egypt, Turkey and Iran, the region is moving toward nuclear weapons. If that takes place in a world of spheres of influence rather than internationalism, then we would be headed toward real worldwide disaster. 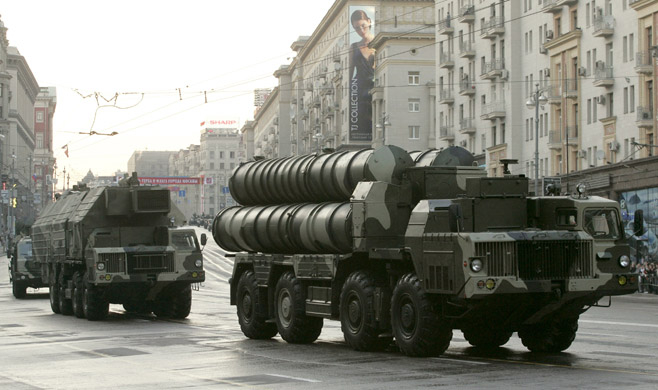 Q: But from the Russian perspective, isn't that exactly what the U.S.S.R. tried to do throughout most of the 20th century? To extend its sphere of influence, challenge the world order, get the nukes and use them as leverage?

I think it's pretty close to that, yes, although I'd say that the Soviets' aim was to challenge, undermine, eventually bring down and replace the international state system with a Soviet Marxism-based would-be international system. And what I am talking about now is not that.

I don't see Russia as trying to eventually create a system that would be dominated by Russia worldwide. I am talking about regional spheres of influence, which is different from both the Westphalia idea of the international system and Communist ideology.

Q: Earlier this month, Russia announced it is lifting its ban on supplying S-300 anti-aircraft missile systems to Iran now that the sanctions against Tehran are to be lifted. What does this mean for the world?

A: Israel will now be planning to attack the air defense system as it arrives in Iran, to destroy the core elements of the system or render them unworkable before the Iranians can deploy them.

I'm only speculating, but I imagine that this decision by Russia to supply the system to Iran was made by President Vladimir Putin when he saw that there was an opening made possible by President Obama's rhetoric about the American approach to Iran, which essentially made it clear that the U.S. would not itself act militarily against Iran under any circumstances and would strongly oppose any attempt by Israel to act militarily.

So such a Russian system sent to Iran would put President Obama in a very difficult position: He would not be able to oppose it clearly without seeming to reverse his own position on the U.S. — not attacking, and not wanting Israel to attack Iran.

Q: In terms of the world order, will this move by Putin change the balance of power?

Between what Russia is doing in supporting Iran and what the U.S. is doing in supporting Iran by agreeing to a nuclear arrangement that will guarantee Iran's ability to become a nuclear weapons power, Israel is being forced into a position where it will almost certainly have to act militarily. And then there will be the usual international outcry against Israel at the UN Security Council.

It may be that the Obama administration would welcome this as an opportunity to further distance America from Israel, which seems to be President Obama's objective.

And the important thing here for the outside powers is not to get fully involved, but to the extent that they have to get involved — that would be on the side of world order. That is, to do what is not being done right now. Today what the big powers — the U.S., Russians, Chinese — are doing is to help local groups here and there in a way that would serve some of their own particular international interests. And that is what could increase the danger.

Instead, the major outside powers should be looking at the Middle East with the intent to help those factions, regimes and parties who are in the established international world order system, and to oppose those that want to bring that international system down.

It's clear that the Islamic State organization is not — it's an enemy of the system.

Such a distinguishable principle makes it much clearer who are the good factions and who are the bad factions.