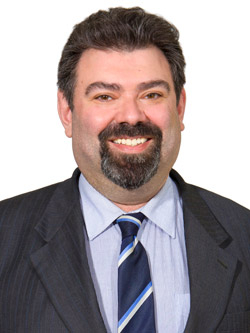 More and more multinational companies are mandating English as the common corporate language," noted the Harvard Business Review in 2012 in a piece about the global linguistic domination of English. The journal put this development down to "an attempt to facilitate communication and performance." Yet those of us who spend a good portion of our working lives attempting to help non-native speakers communicate in English know that things are not always quite so easy.

This is especially the case in industries where complex and convoluted language is used as a matter of course, as I know from personal experience. After all, I qualified as a solicitor in England twenty years ago and have spent half my time since then working in the legal services industry in Russia. I still give legal advice in my work with one of Russia's most prominent domestic law firms, but now on a daily basis also edit translations into English and legal documents drafted in English.

The key to communicating is to ensure that the message is delivered as clearly and effectively as possible — unless there is an ulterior motive to muddy the waters. The famous British author George Orwell, in his celebrated essay "Politics and the English Language," written in the 1940s, referred to political language "designed to make lies sound truthful and murder respectable, and to give an appearance of solidity to pure wind." We see this phenomenon nowadays in expressions such as "extraordinary rendition" and "enhanced interrogation." It would, after all, sound positively vulgar to use the terms "kidnapping" and "torture."

In law, too, there are sometimes valid reasons for not calling a spade a spade. Style guides, for instance, will usually urge writers to opt for active verbs over the passive form unless there is a strong reason to do the opposite. However, if a lawyer rejected "The money was stolen" and preferred the more informative "My client stole the money," this may be a breach of the duty to act in that client's best interests.

Legal writing generally gets bad press. In his seminal book "Plain English for Lawyers," Richard Wydick wrote, "we lawyers cannot write plain English. We use eight words to say what could be said in two." He noted lawyers' propensity to use "old, arcane phrases," to opt for the "redundant," and to become "verbose." As someone who did an arts degree before entering the profession and, in the course of doing so developed a love for the English language, I wholeheartedly agree with him. The style in which legal texts are written frequently causes me almost to lose the will to live.

It is a considerable problem for native Russian speakers who need to produce legal texts in English that they encounter so many examples of bad legal writing by native English speakers. I have heard English lawyers who lean toward this approach claim that it is more authoritative. My retort would be that people who need to embrace pomposity and archaism to lend themselves an air of authority should look for new career options. I see no need to cling to language that, to normal people, would have seemed dated at the start of the 20th century, let alone in the 21st.

An equal problem, I believe, is that legal Russian can often be so tortuous and convoluted. I sometimes find myself traveling in my mind back to the Soviet era when I read documents from state authorities in the modern era. I do not mean this as a compliment. However, there is also perhaps a more practical reason for the complexity of the sentences. Because Russian has a system of endings, it is generally easier to discern in a long sentence which words are related to one another, and how. By contrast, in English, word order is the primary tool performing this function.

Unfortunately, when sentences of similar length and complexity are written in or translated into English, they tend to involve related elements being kept far apart, like a shipwreck marooned in distant seas never again to return to its home port. The result can be almost impossible to understand without ruthless restructuring.

More's the pity, then, that there are native-speaking translators and editors who are set on imitating the worst excesses of both legal English and legal Russian. With a poor grasp of the subject matter, they cling to words such as "hereinafter" in an attempt to mask their lack of knowledge. I have also seen them use Russian-style phrases such as "In the event of the invalidity of the power of attorney" rather than "If the power of attorney is invalid." The result is profoundly depressing for anyone with an affinity for the English language.

There is a serious business point here. Whenever a law firm produces documents, these make a statement about the quality of its work. Documents that are badly put together and difficult to understand suggest that a firm lacks consideration for its clients, who understandably want to be able to readily understand what their lawyers are telling them. Meanwhile, lawyers who think that obfuscation shows their cleverness might reflect that it takes more talent to write accessibly about complex subjects. There really is only one approach that makes sense — from any perspective.