Nothing has captured the attention of Russia and the world quite like the anti-gay law that President Vladimir Putin signed in law this summer.

Emotions have run high in the camps of critics and supporters alike, with calls in the West for boycotts of the Sochi Winter Olympics and Russian vodka and equally loud protests at home for the West to butt out of Russia's domestic affairs.

The law, unanimously approved by the State Duma, bans the promotion of "gay propaganda" among minors, and violators face fines and, for foreigners, expulsion from Russia. Its supporters say it aims to protect traditional Russian values from being eroded by Western influences. But rights activists say it has encouraged a surge in homophobia, including violent attacks against gays and people accused of being gay.

Here's a look at seven of the most outspoken opponents of gay rights in Russia. 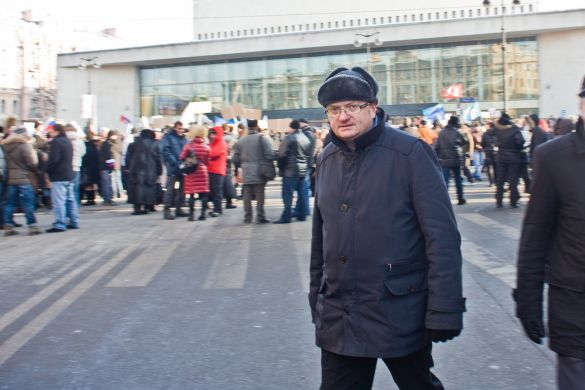 Milonov sees homosexuality as a Western liberal idea that has no place in Russia. (Sergey Chernov / MT)

The federal anti-gay law can trace its roots to Vitaly Milonov, a St. Petersburg city lawmaker who wrote a similar law for the northern city last year (link). The 39-year-old father of two, who was baptized as a Baptist believer in 1991 and converted to the Russian Orthodox faith in 1998, sees homosexuality as a Western liberal idea that has no place in Russia.

Alexei Zhuravlyov, a State Duma deputy with United Russia, grabbed international headlines in early September when he submitted a bill that would deny gay parents the right to raise children.

"In the case when a parent has sexual contact with people of their own gender, the damage that can be inflicted on the psyche of a child is enormous," Zhuravlyov, 51, wrote in the preface of the bill.

Zhuravlyov, who also heads the nationalist Rodina party, said 5 percent to 7 percent of Russians had a "nontraditional" sexual orientation and at least a third of those had children.

It remains unclear whether the bill might be passed. 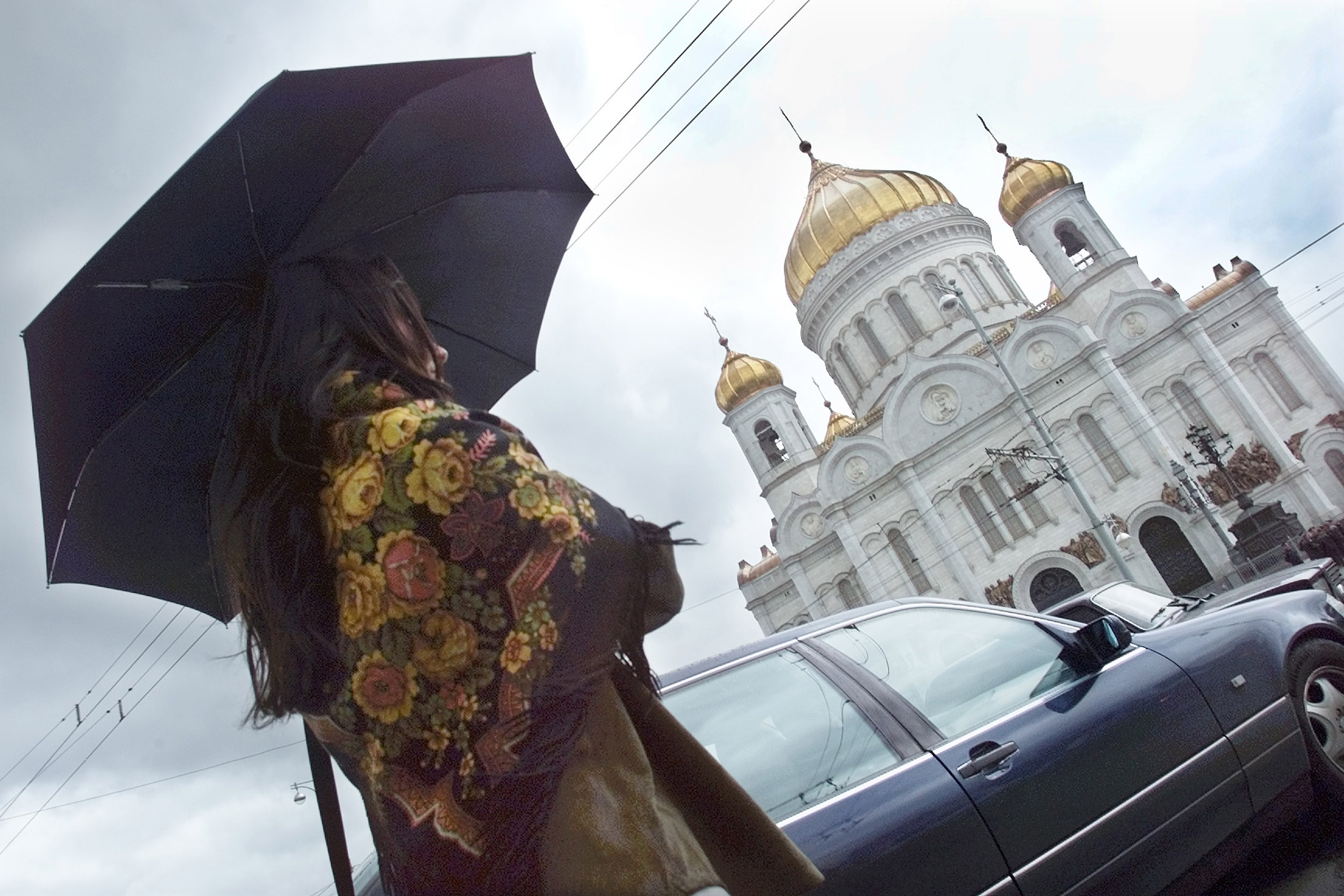 The Russian Orthodox Church has colluded with the state in trying to shape a national identity based on conservative values. (Igor Tabakov / MT)

Together with federal authorities, the Russian Orthodox Church is the main supporter of the anti-gay law, which it says will assist its attempts to shape a new national identity based on conservative values. The church's active stance has raised new questions about the separation between church and state and whether it and the government is failing to uphold another law — the Russian Constitution and its promise of equal rights. The church also propagates the myth that homosexuality and pedophilia are synonymous. 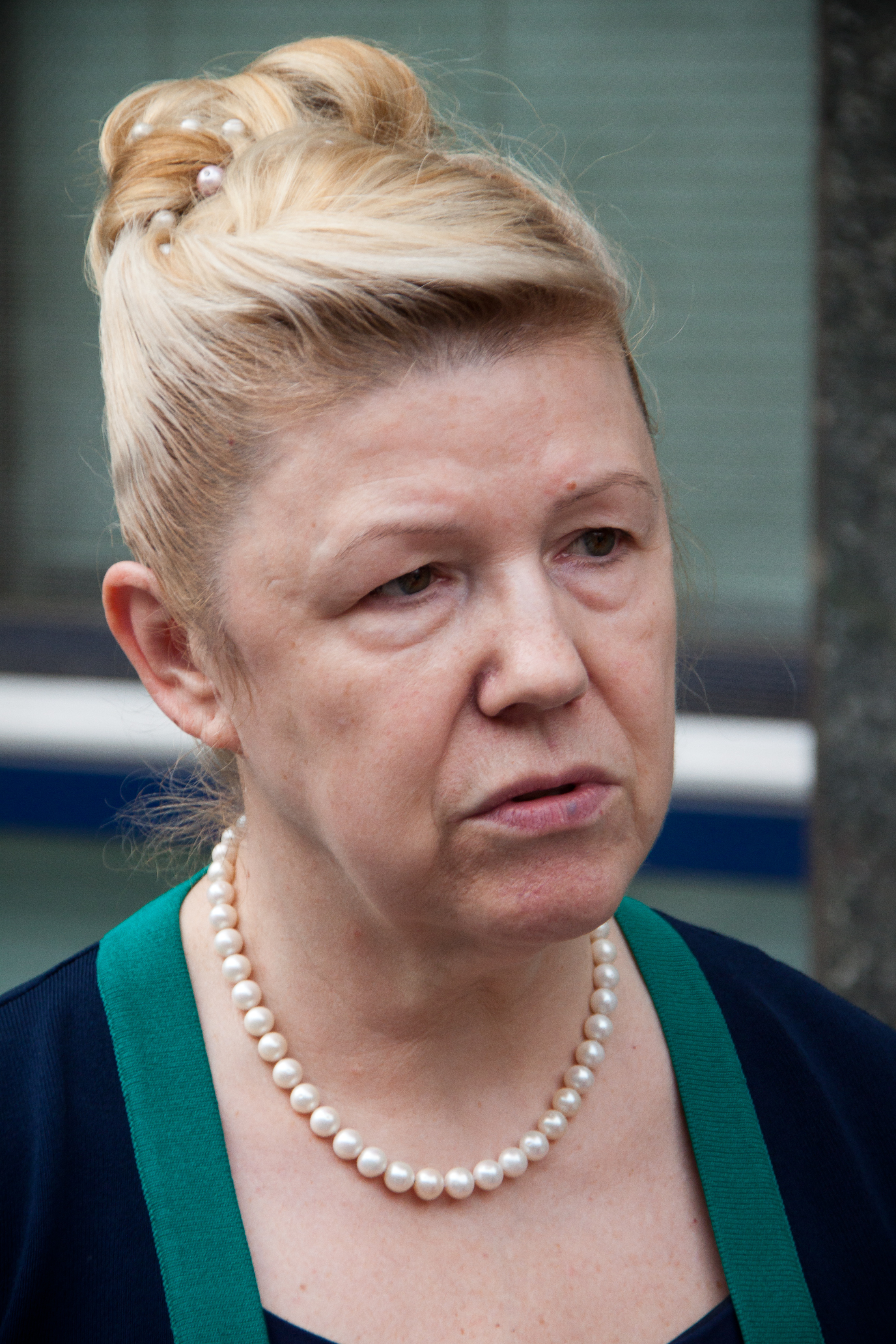 Mizulina is known for her promotion of "traditional values." (Dmitry Rozhkov / Wikicommons)

Yelena Mizulina, or "The Inquisitor" as she has been nicknamed, is a State Duma deputy known for her promotion of "traditional values" with a number of controversial laws. Mizulina, a former liberal Yabloko lawmaker who joined United Russia in a self-described bid to join forces with a winning party, says her anti-gay work is all about propping up Russia's sagging demographics.

"Analyzing all the circumstances, and the particularity of territorial Russia and her survival … I came to the conclusion that if today we want to resolve the demographic crisis, we need to, excuse me, tighten the belt on certain moral values and information, so that giving birth and raising children become fully valued," she said in a recent televised interview.

People who criticize her have become the subject of criminal complaints. On Ekho Moskvy radio, she accused leading gay rights activist Nikolai Alexeyev of spearheading a campaign to discredit her, "to the detriment of Russia as a whole," and asked investigators to punish him "in the form of compulsory work in a place where he can not proceed with propaganda, for example, driving a hearse."

Mizulina, 58, supports a ban on gay parents and also co-authored a 2012 law that placed restrictions on the Internet.

Martsinkevich is the leader of Occupy Pedophilia and an ultra-right nationalist that has served time for inciting ethnic hatred. (vkontakte)

Occupy Pedophilia is an ultra-nationalist movement with strong homophobic undercurrents whose aim is to shame and punish suspected pedophiles. The group and its militant leader, Maxim Martsinkevich, took credit for a recent online video that went viral, showing a man forced to drink urine as a cure for his homosexuality.

Occupy Pedophilia functions as a loose network of anti-gay vigilante groups that use social media to publicize their statements and actions, often posting violent videos that include torture and bullying of their victims. The Occupy Pedophilia group on Russian social network Vkontakte has almost 80,000 followers.

Dmitry Kisilev is anchor of "Vesti," a talk show broadcast on state-controlled Rossia 1 television and deputy general director of the Russian State Television and Radio Broadcasting Company. An outspoken supporter of the anti-gay law, he said on-air recently that it should be expanded.

"I think that just imposing fines on gays for homosexual propaganda among teenagers is not enough. They should be banned from donating blood, sperm. And their hearts, in case of an automobile accident, should be buried in the ground or burned as unsuitable for the continuation of life," he told a cheering audience. 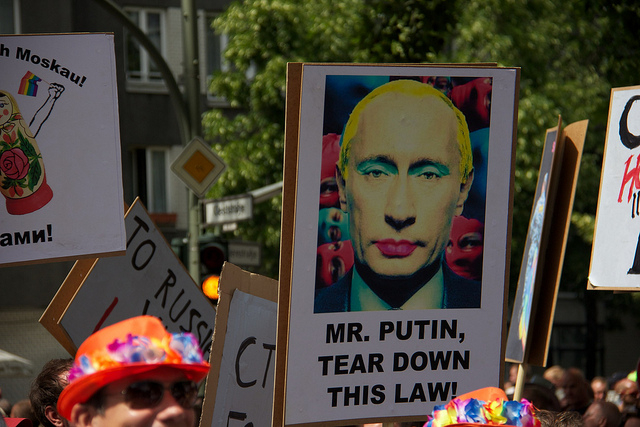 In the media, Putin has adopted an aloof stance with regards to the discrimination of homosexuals, though he is at the root of the problem. (elmada / Flickr)

The Russian president constantly insists that homosexuals are not discriminated in Russia, and told the AP and Russia's state Channel 1 television in an interview that "We have absolutely normal relations, and I don't see anything out of the ordinary here."

"I assure you that I work with these people, I sometimes award them with state prizes or decorations for their achievements in various fields," he said in the same interview, yet, he still signed into force the law on "propaganda of nontraditional sexual relations" and continues to let the persecution of the LGBT community go unpunished.