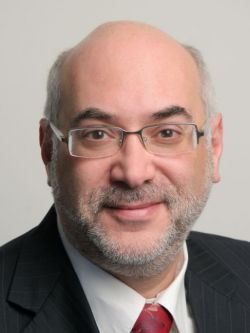 On July 26, 2013 the Supreme Arbitration (Commercial) Court of the Russian Federation (the VAS) released its written decision in the matter of TSZh Skakovaya v. Arteks Corporation (Decision). This long-awaited Decision is extremely significant for all foreign investors in Russia. The basic holding of the Decision is that companies organized in offshore zones must disclose their ultimate beneficiaries or be prejudiced in litigation attacking their rights to property (in this case immovable property) registered in its name.

It would not be an exaggeration to state that this decision in and of itself significantly erodes basic concepts of equal and fair treatment of foreign investors, and thereby worsens the investment climate significantly at a time when the Russian president and government are striving to improve Russia's attractiveness for foreign investors.

The concept of an offshore corporation is defined in a number of legislative acts and in particular in the Tax Code. Article 284 states that offshore jurisdictions are those that provide a favorable tax regime and/or that do not require disclosure of the company's ultimate beneficiaries or that do not provide information on financial operations. The Finance Ministry has prepared a list of such jurisdictions. The list was published in 2007 and updated in 2009 and 2012. However, Article 284 of the Tax Code and the list of offshore jurisdictions are used for tax purposes to calculate the proper dividend withholding rate. Apart from that, this list is used in a few other legislative acts (for instance CB RF uses it in its regulations applying to Russian Banks). However, this list has never been used to restrict or otherwise discriminate offshore companies in the acquisition of property (immovable or movable) in Russia. The Decision gives no clear guidance as to the criteria for determining if the jurisdiction in which a legal entity is established is an "offshore" zone, nor what will constitute proof of the beneficial owners of the legal entity. 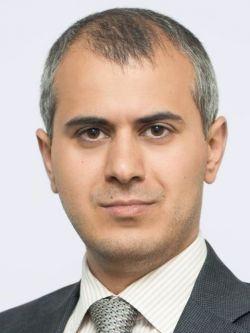 There is no legislative basis whatsoever for the Decision's holding that if a company is organized in an offshore zone it should be prejudiced with respect to issues of ownership of immovable or other types of property. Although the Decision relates to ownership of immovable property, the logic of the Decision and its broad and categorical language suggest that it could apply to movable property, shares in Russian companies or even intangible property rights. The VAS admits that "in itself registration of immovable property, located in the Russian Federation, in the name of a legal entity established in an offshore zone and therefore not disclosing publicly its beneficial owners, does not constitute a violation of the law."

The VAS starts its analysis by stating that registration of a company in an offshore zone makes it significantly more difficult to prove the "bad faith" in acquisition of property. On this basis, the VAS reaches the shocking conclusion that the offshore company bears the burden of proof with respect to circumstances that would provide it with a defense from a challenge to its registered ownership interest in property. Thus, the VAS assumes the authority to decide what constitutes an offshore company, and in the absence of disclosure, turns the standard burden of proof of the plaintiff on its head. If the company is organized in an offshore zone, the defendant and not the plaintiff must prove good faith and the availability of the defenses against attacks on its ownership rights by third parties.

A few preliminary points must be made. Firstly, and most importantly, all sovereign states, including Russia, have the right to determine the criteria for establishing or incorporating a legal entity. As a matter of private international law, the issue of what types of disclosure are required and the extent to which a party seeking to establish a legal entity has satisfied those requirements is a matter of the law of that jurisdiction. A Russian court is no more able to decide what information an incorporator of a Commonwealth of Dominica (the jurisdiction in question in the VAS decision) company must provide than a court of the Commonwealth of Dominica can determine that a Russian legal entity has been legally registered according to Russian law. Secondly, it is hardly the case that the beneficiaries of Russian companies are "transparent." As other commentators have also noted, Russia is well known for use of nominal shareholder arrangements and "one day companies" specifically designed to prevent disclosure of the actual beneficial owner of a Russian legal entity. Nor is it the case that disclosure of beneficial ownership is possible for companies organized in "non-offshore" zones. In fact, most jurisdictions require information only on the immediate shareholders and not on the ultimate beneficial ownership. Moreover, use of trust structures, a perfectly legitimate institution with a history going back hundreds of years, can further complicate the process of determining the "beneficial owners." Finally, there is nothing to prevent the beneficial owners of a legal entity from transferring ownership immediately after providing evidence of their identity.

There is practice of "piercing of corporate veil" in some foreign jurisdictions, but it is used in rather exceptional cases, whereas the Decision and particularly its broad language mean that until the Decision has been overruled by legislative action every foreign legal entity faces a new element of uncertainty in deciding whether to invest in Russia. This uncertainty means quite simply that foreign investors in Russia now have a major new risk to consider when purchasing Russian property. I would add that law firms will now have to add a further qualification to the already very long list of qualifications that are added to their Russian legal opinions.

The most troubling portion of the Decision states: "…establishment of an offshore company and registration of ownership rights to contested property represents use of a legal entity through the bad faith use of the law, which contradicts the actual function of the use of a legal entity. Such interests are not entitled to legal protection." With this language the highest Russian commercial court illegitimately assumes the role of the legislative body and simplistically implies that the sole legitimate role of a legal entity is limitation of liability.

Of course, the Russian Duma has the power to require any documents or information as a condition for establishing a Russian company or registering ownership rights to Russian property in the name of a legal entity. The VAS by ignoring the basic provisions of the law such as Article 19 of the Constitution in an apparent quest to battle with offshore ownership structures seems to be motivated more by political factors than by an understanding of the importance of fair and even-handed protection of investors' property rights. One can only regret this ill-considered Decision and hope that legislation will soon be adopted to correct this extreme example of judicial legislation.