Contribute Today
By Peter Brophy
May 6, 2013
The MT Conferences section did not involve the reporting or the editorial staff of The Moscow Times. 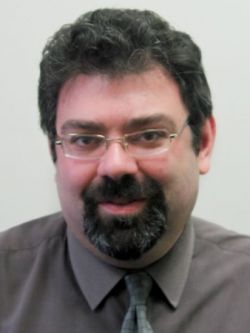 This year marks the start of a five-year period in which the eyes of the sporting world will be on Russia. In the summer of 2013, Kazan will host the Universiade, or World University Games, while the World Athletics Championship will take place in Moscow. In 2014, the Winter Olympics come to Sochi, and a year later some of Kazan's new facilities will be put to use again when the city stages the World Aquatics Championships. Next up is the World Ice Hockey Championships, in St Petersburg and Moscow, in 2016, before soccer's World Cup puts on its month-long show all across the European part of the country in 2018.

These events will go hand in hand with huge infrastructure improvements. In particular, resources will be poured into upgrading transport, with airport capacity increased considerably and links between cities enhanced. The government has set aside billions of dollars to improve tourism infrastructure, with the aim of creating tens of thousands of new hotel rooms. Meanwhile, the country's sports landscape will be completely transformed, with world class facilities appearing beyond only Moscow and St. Petersburg.

Next year's Winter Olympics will probably be the country's most high-profile sporting event since the summer games came to Moscow in 1980. The way that the organizing authorities are planning for 2014 shows an approach that is likely to characterize the decade as a whole. In its preparations, Sochi is looking closely at the experience of its predecessor, London, which staged the 2012 Summer Olympics. London made a great play of its desire to hold a sustainable and environmentally friendly event.

To this end, Populous, the architects who worked with the British authorities to deliver the masterplan for the London Games, have played a similar role for Sochi. The result will be an Olympic Park — the first time ever that a Winter Olympics host has used such a concept — with a cluster of sports facilities. Once the athletes go home, the complex will be adapted for a range of uses, including office premises and residential use. Most notably in the future, the Olympic Park will host Formula 1 motor racing, with a deal already signed to bring an annual Grand Prix to Sochi until at least 2020.

The way the organizing authorities are planning for the 2014 Olympics shows an approach likely to characterize the decade as a whole.

Not all the sports facilities will remain in place, however. Just as London removed or scaled back venues that were needed for 2012 but not viable in the longer term, so Sochi will too. The Shayba Arena, the smaller of two ice hockey venues to be used in 2014, and the Ice Cube curling center, have been built so that they can be dismantled and reassembled in other cities. The ongoing use of the main stadium, meanwhile, has caused much debate in London, with soccer club West Ham United finally reaching an agreement to be the principal tenant. In Sochi, soccer is also key to the future of the showpiece facility.  The Fisht OIympic Stadium, named after Mount Fisht, will have a capacity in excess of 45,000 for the 2018 World Cup. It will then be reduced to a permanent soccer venue capable of holding 25,000 fans — a more realistic number for the local team from a city of around 350,000 people.

One advantage the planners in Sochi have had lies in Federal Law No. 310-FZ dated Dec. 1,  2007. This created streamlined procedures for town planning and urban development that extended significant powers to the State Corporation for the Construction of Olympic Facilities and the Administration of Krasnodar Territory. The Olympic Delivery Authority and Greater London Authority did not have quite such wide powers under the London Olympic Games and Paralympic Games Act 2006, instead relying on a piece of legislation enacted in 1980 in the early days of the Thatcher government. There was some criticism that the act in question was used to push through planning matters without proper consultation or certain safeguards in the planning process, but it nonetheless does not really compare with Federal Law No. 310-FZ.

As for the future, the question is whether the holding of prestigious international sports events will encourage young people to participate in sports to a greater degree. This was a particular boast of London 2012, but respected British investigative sports journalist David Conn recently cast doubt on whether this is happening. Noting that government cuts in the current era of austerity have hit school sports hard, he noted of the government's wider policy in the area that: "There is  painfully little evidence of joined-up thinking, or an actual, observable strategy."

In Russia, the federal government's Strategic Plan for Long-Term Socioeconomic Development of the Russian Federation has identified the role of physical culture and sports "in developing the human potential of society, its spiritual and physical health." Figures from state statistics agency Rosstat in 2011 suggested that the federal government's program to develop sports facilities between 2006 and 2015 was paying dividends, with the number of public and community facilities well up on figures for 2003. It is to be hoped that this trend will continue, with high profile events acting as a catalyst.

There is some doubt as to the extent to which sports-led urban redevelopment spurs local economies (for instance, a study by American economists Dennis Coates and Brad Humphreys casts doubt on this). In the wake of London 2012, some residents are reported to have claimed that they have seen little in the way of substantial benefit to their lives.

No doubt the infrastructure development that will accompany Russia's decade of international sport will be marked by more than its share of inefficiency and corruption. Nonetheless, there is justification for State Duma Deputy and President of the Russian Association for Sport and Leisure Facilities Vasily Shestakov to label the industry "one of most promising and fast-growing in Russia," a process in which the choice of Sochi for 2014 has been a catalyst.

The challenge now is to make sure the benefits are spread once the athletes go home.