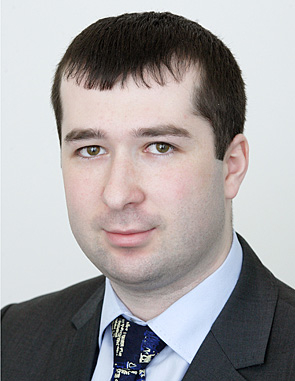 Rules requiring visa-free foreign workers employed in housing and utilities, retail and everyday consumer services to prove they are able to speak basic Russian have been in effect in the Russian Federation for almost six months. Proof of such ability takes the form of a state test certificate or an educational qualification (of no lower than school level) showing the study of Russian. Educational qualifications from other countries are also acceptable if they show that the holder has taken Russian language courses.

So far, according to information on the migration service's web site, the new rules have not caused too much of a reaction among migrant workers: in the first month after the rules took effect, only a few dozen future housing, utilities, retail and everyday consumer service workers applied for state test certificates in Moscow. Another 190 submitted educational qualifications showing at least basic knowledge of Russian. However, in the foreseeable future the number of foreign workers to be affected by the Russian language requirements may be considerably higher.

At present the State Duma is considering a new draft law that significantly broadens Russian language requirements for migrant workers, who will be required to take examinations in Russian history and law in addition to the current Russian language requirement in order to obtain the certification. The certificate will be required in order to obtain work permits, work visas, worker patents, and permanent residency in Russia.

The draft law in the form currently before the State Duma affects practically all categories of foreign employees (visa or non-visa) working in Russia, irrespective of whether they are migrants from the former Soviet Union working as street cleaners, or skilled drilling engineers from elsewhere. The amendments will also apply to foreign workers working on the basis of a patent (nannies, housekeepers, etc.), and foreigners obtaining permanent residence permits.

The form and procedure for the examinations on Russian language, history and laws, as well as the minimum requirements to pass the exam, will be developed by the Education and Science Ministry , which will be provided with the respective authority. The certificates are expected to be issued by authorized organizations in Russia and abroad. Certificates will be valid for five years.

The amendments will not affect highly-qualified specialists (foreign employees earning more than 2 million rubles a year who hold an applicable work permit), members of their families, or foreign citizens working at the Skolkovo innovation center. It is likely that further exemptions will be made while the draft law is being considered. These exemptions may apply, for example, to directors, athletes, and artists.

Legislators believe the changes will be an important step toward the adaptation and integration of foreign citizens in accordance with the State Migration Policy of the Russian Federation Concept for the period to 2025 adopted last year. Moreover, the amendments will help deal with problems such as reducing the risk of social tension, create conditions for the effective protection of the rights and lawful interests of migrant workers, ensure their safety, promote the hiring of foreign workers who know Russian, and further encourage the popularization of Russian outside of Russia, particularly in the CIS, which is where most migrant labor comes from.

The Russian language, history and law examination will be paid for by the foreign citizens taking it. The charge for the state service of holding the examinations and issuing the respective certificates is expected to be up to 5,000 rubles.