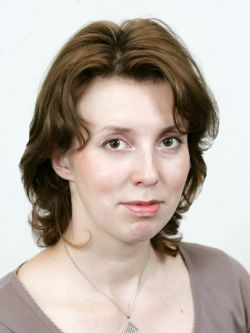 This article reviews a recent court case on the application of customs benefits to equipment imported as a contribution to the charter capital of a Russian subsidiary by a foreign participant. The court called upon to judge the matter has finally taken a position on the so called "five-year term problem," and the decision was not in favor of the importer.

What is at issue here?

The importation of equipment into the Russian Federation as a contribution to the charter capital of Russian subsidiaries has been widely and successfully used as a form of financing by foreign companies. Subject to compliance with certain conditions, this form of financing was eligible for exemption from customs duties, and this ability was widely used by importers.

Equipment imported in this way was treated as "released subject to conditions," and if the Russian subsidiary subsequently sold or otherwise disposed of the equipment, duties had to be paid together with late payment interests. The period in which the equipment was not allowed to sell without triggering the payment of customs duties was basically unlimited.

The new Customs Code of the Customs Union (CC CU) introduced a five-year period, after which the equipment imported under the beneficial procedure can be sold without limitation and without paying customs duties (article 211.2.2 CC CU). The new rules stem largely from the fact that after five years, equipment becomes obsolete due to the fast pace of technological progress. Maintaining the customs restrictions and the threat of customs duties was a deterrent to replacing equipment and therefore slowed economic development. The new rule entered into force on July 1, 2010.

After the introduction of the new rule, importers immediately began asking whether the five-year term could apply to goods imported into the charter capital of Russian companies before July 2010. Clearly, the five-year period would have already expired for equipment imported into the RF in 2004, for example. Is it possible to sell such equipment without paying customs duties and late payment interest, or does the five-year term run only from July 2010, unusable therefore before July 2015? In response to numerous inquiries by importers, the Federal Customs Service took a conservative stance: The five-year period should be treated as being in effect from July 2010, and not the date the equipment was actually imported.

The issue was raised in court only recently (July 9, 2012), when a Supreme Arbitration Court Ruling denied the transfer of the Noviye pechatniye technologii case to the RF SAC Presidium. The court supported the position of St. Petersburg Customs, which held that the five-year period would expire only in 2015, and therefore an importer's demand for control to be lifted from equipment imported in 2003 for release without payment of customs duty was unlawful.

The courts have thus confirmed that the five-year period after which imported equipment can be sold without paying customs duty expires only in 2015.

However, we are aware that the Customs Service is proposing amendments to customs law to stipulate that the five-year period can be counted from the date of importation for equipment imported before 2010. Until such a proposal becomes law, however, it is best to take a conservative approach, otherwise a dispute with customs authorities is inevitable.