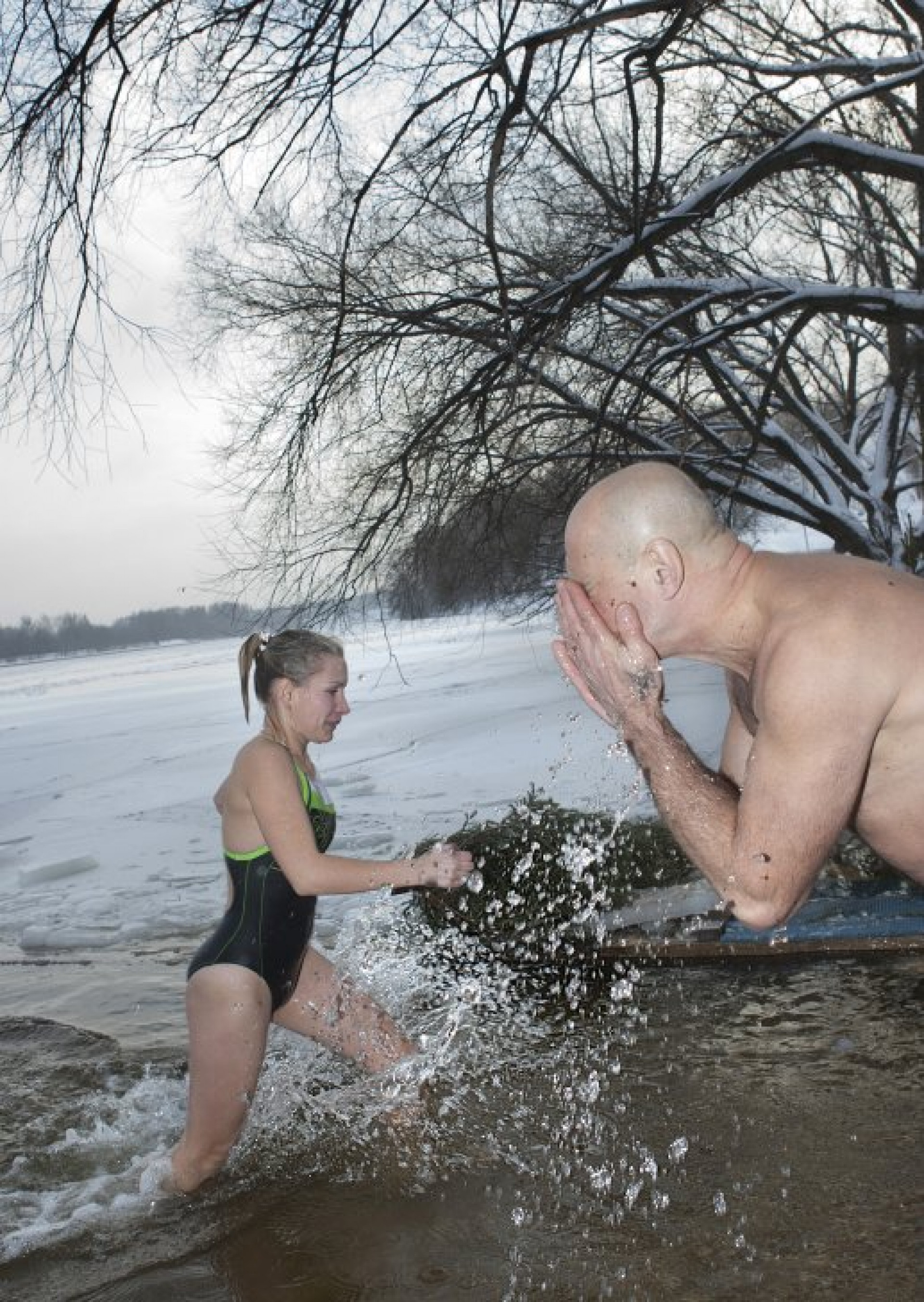 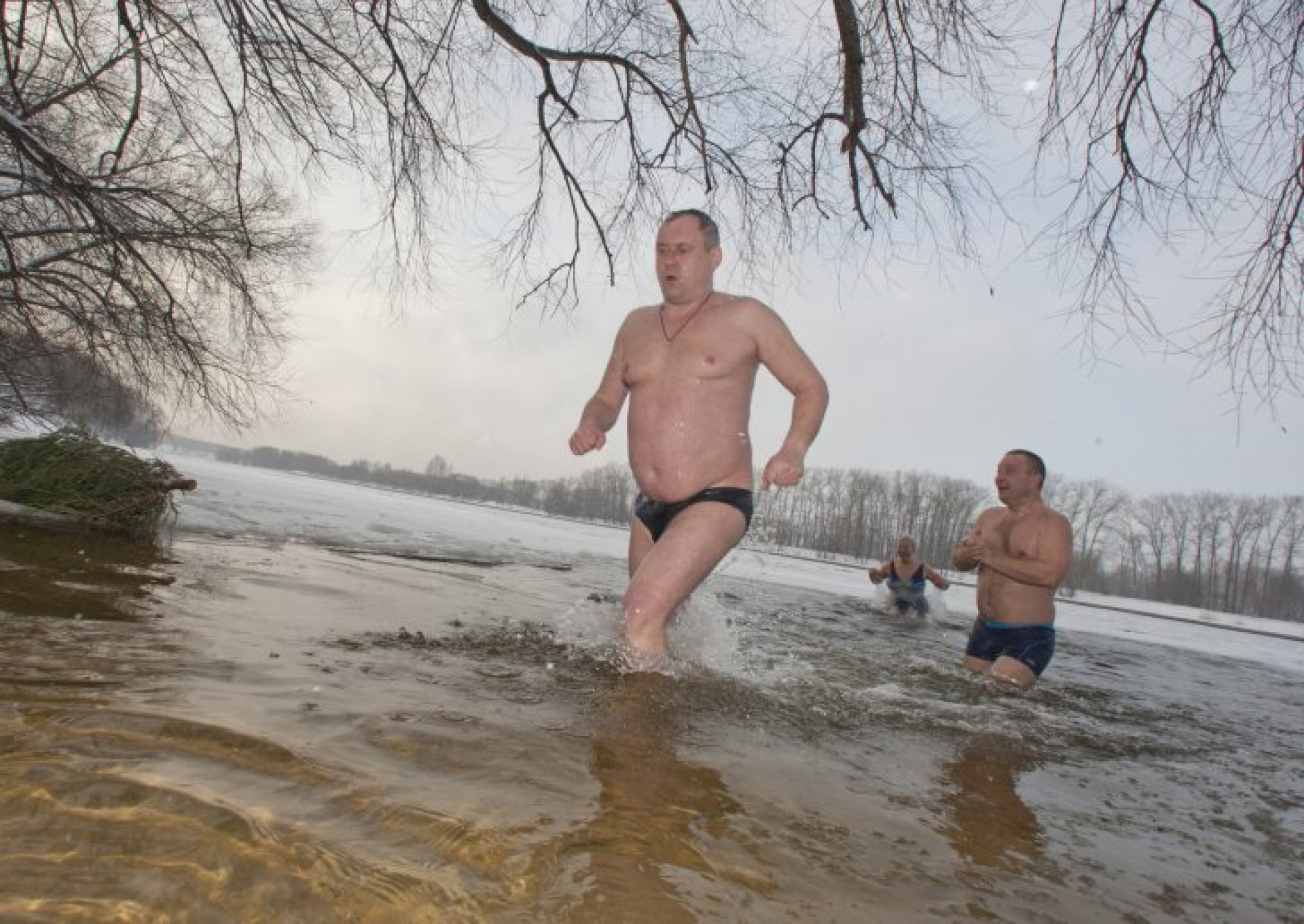 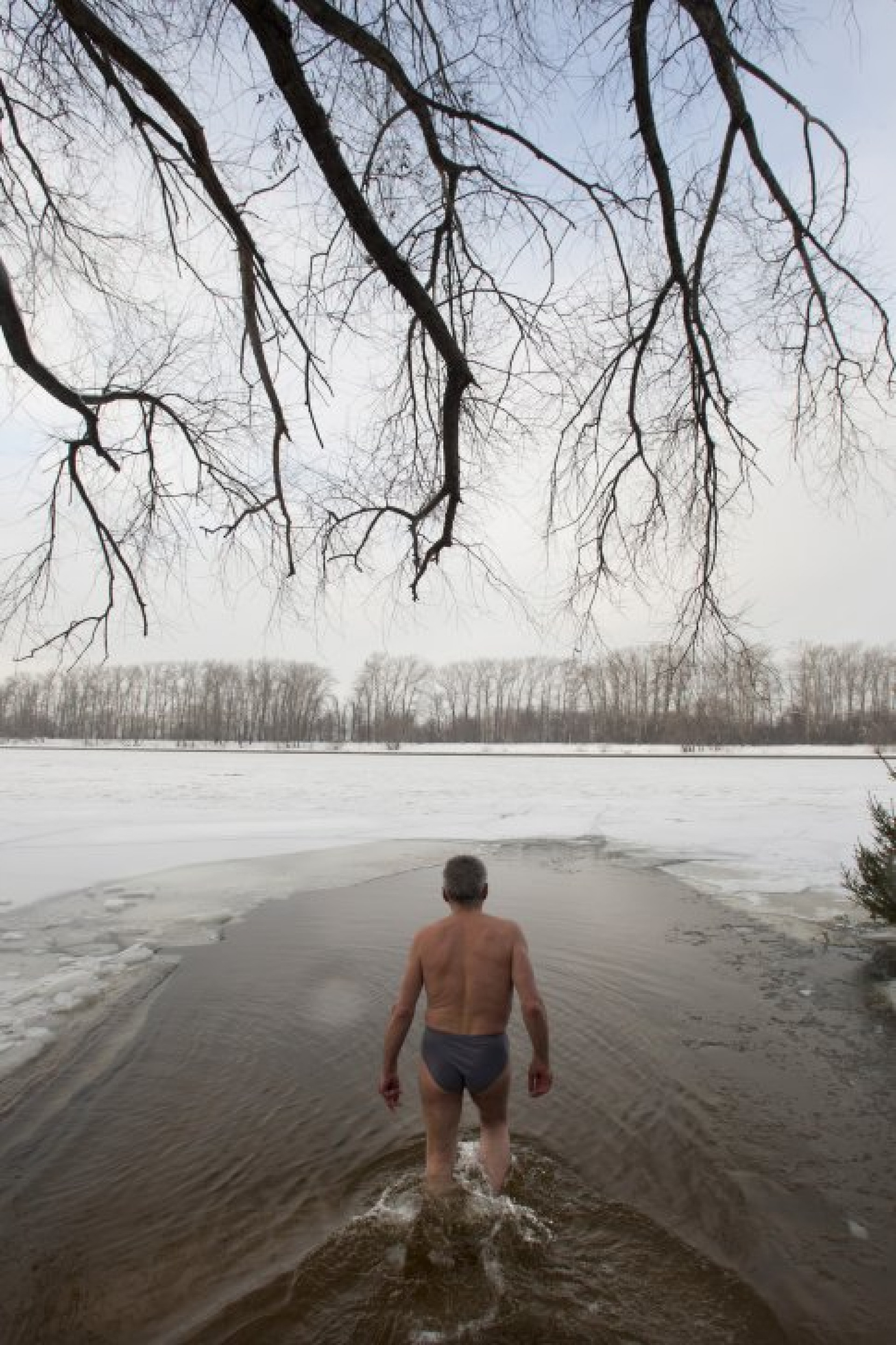 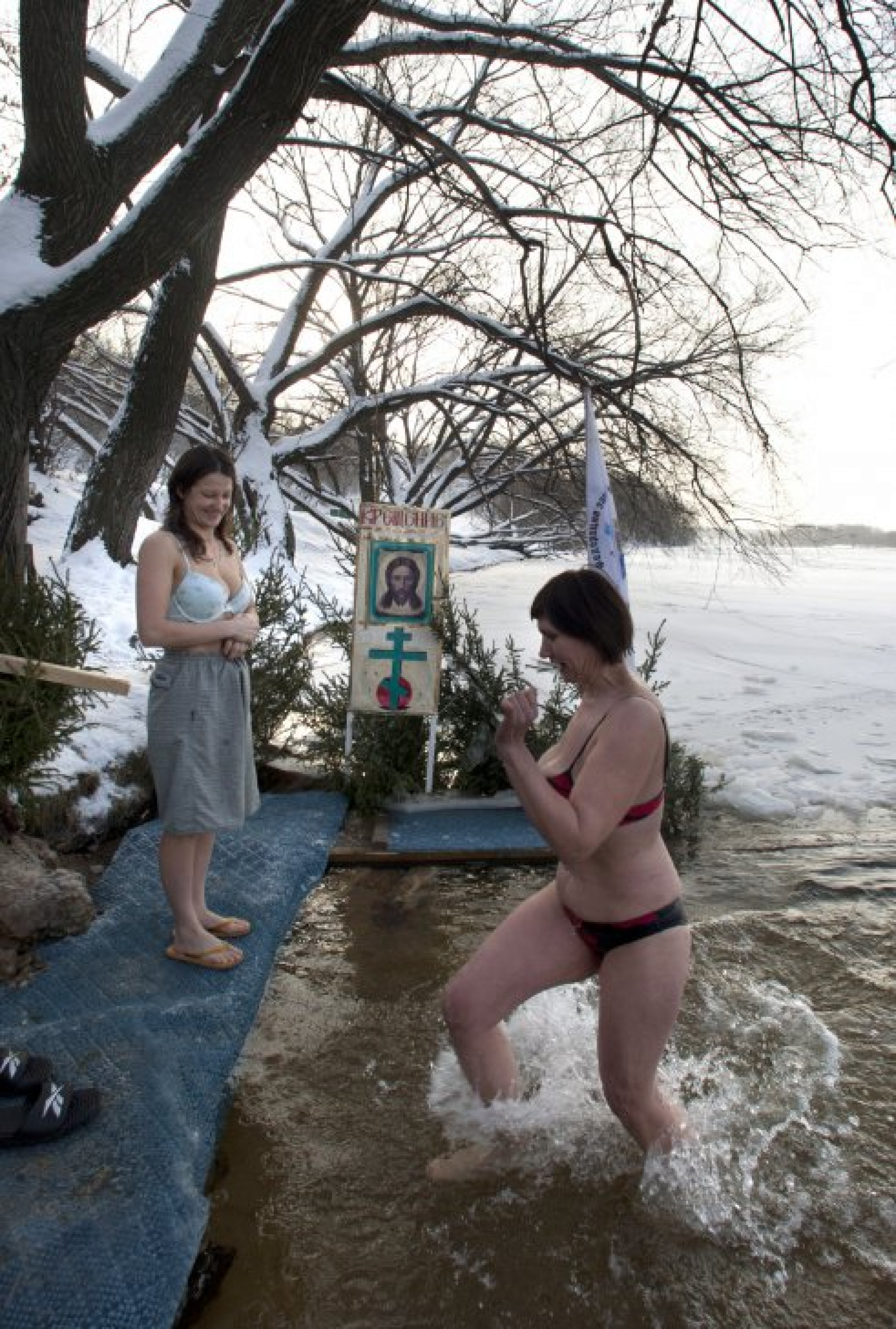 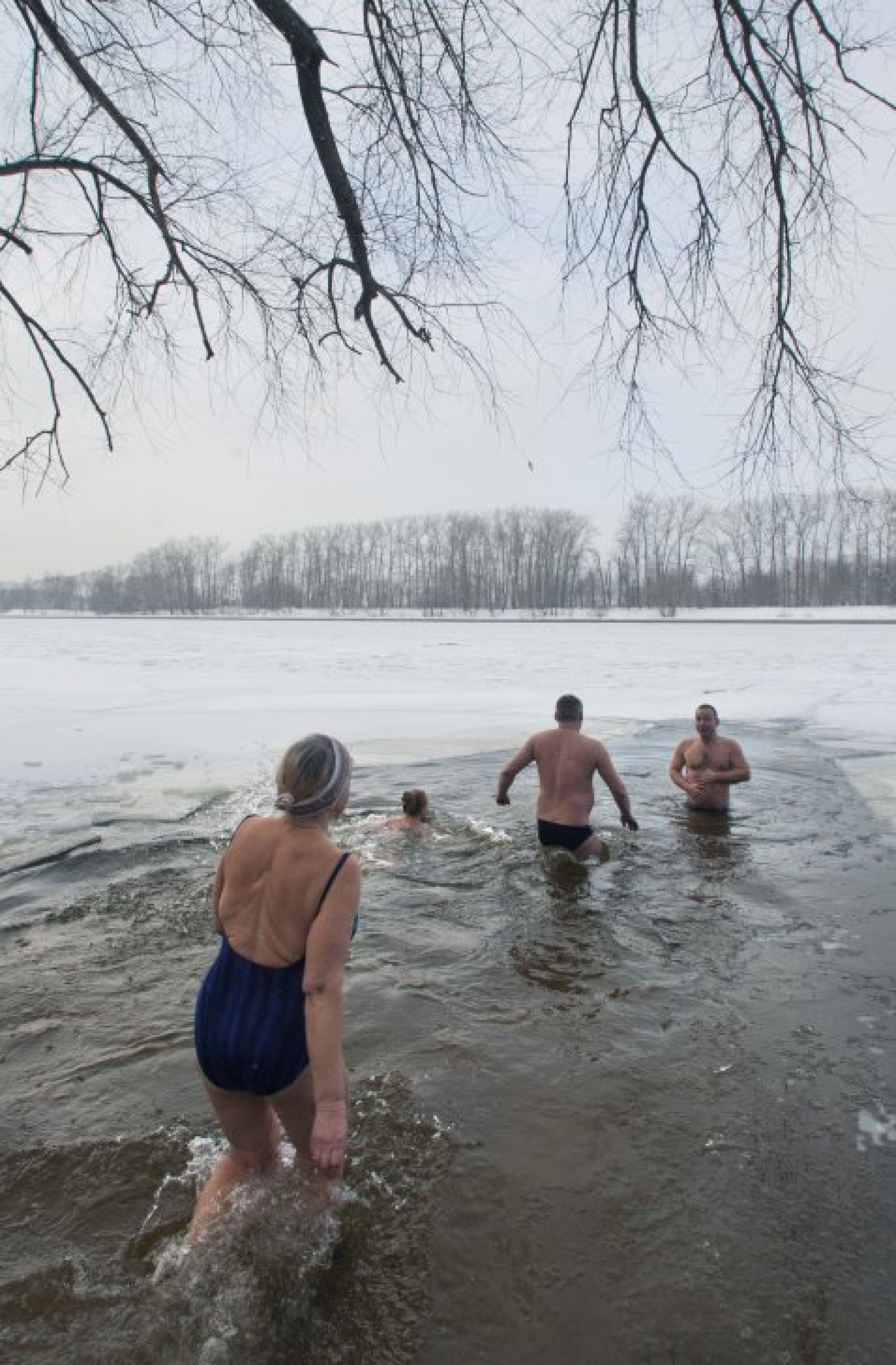 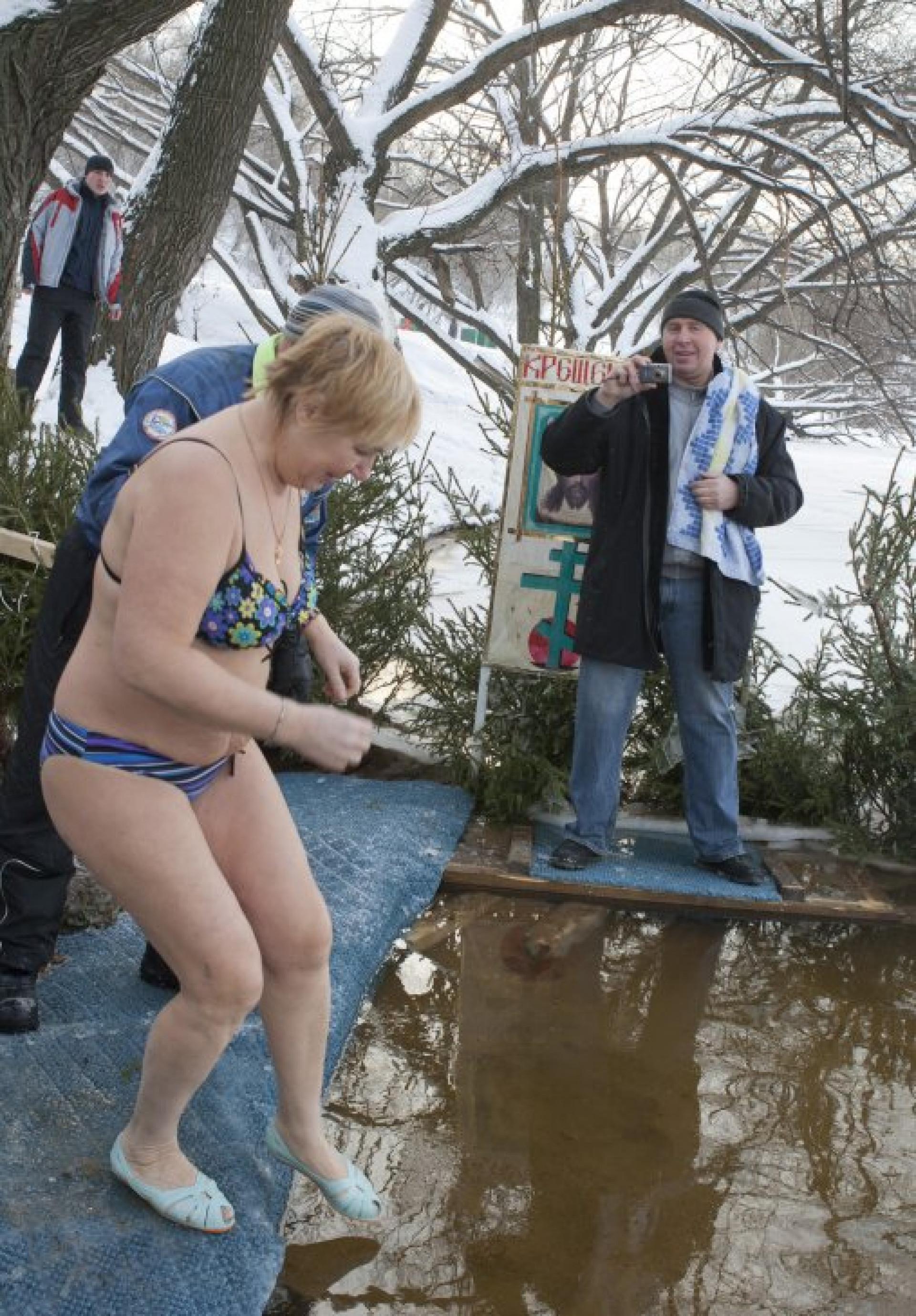 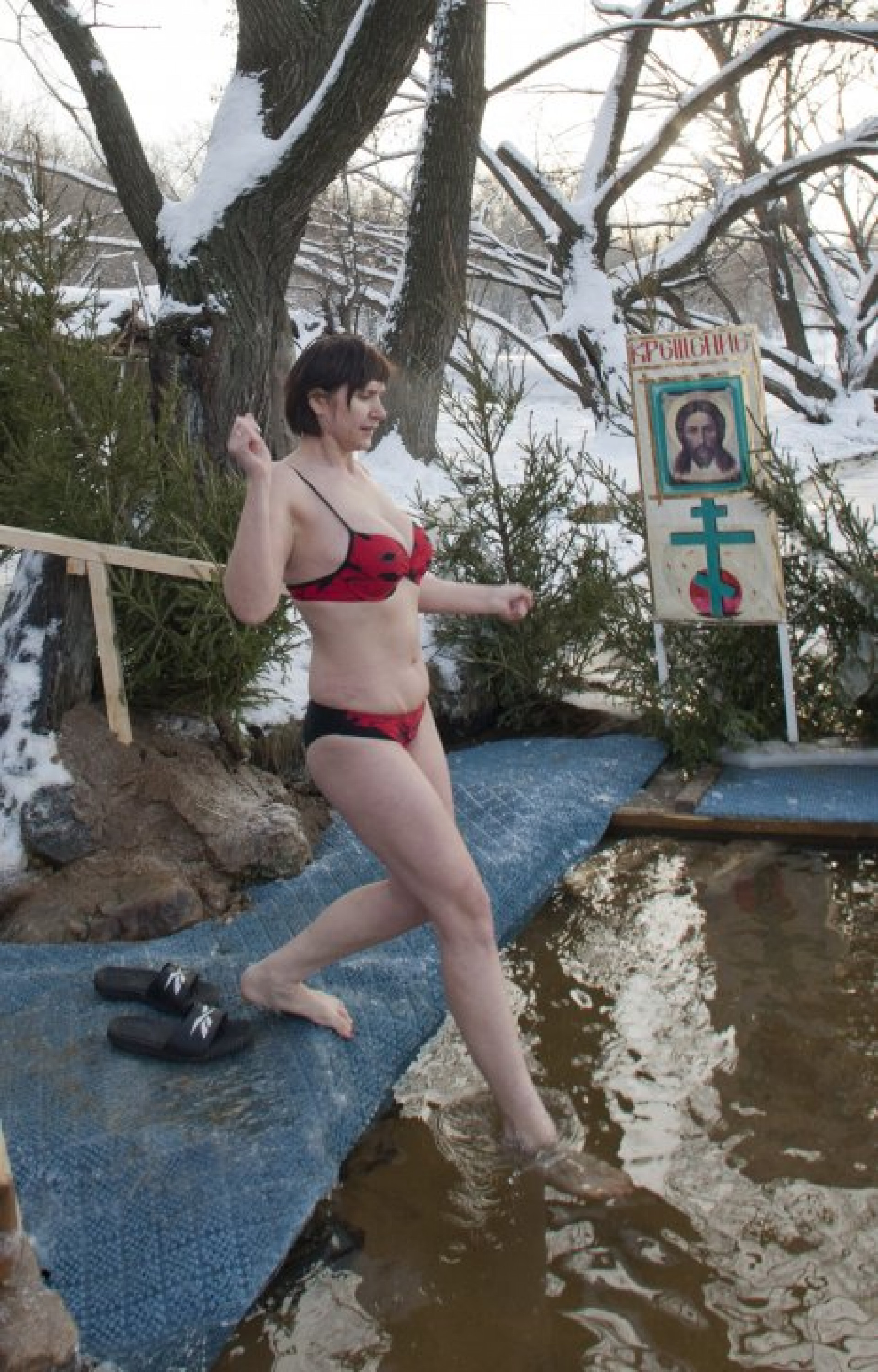 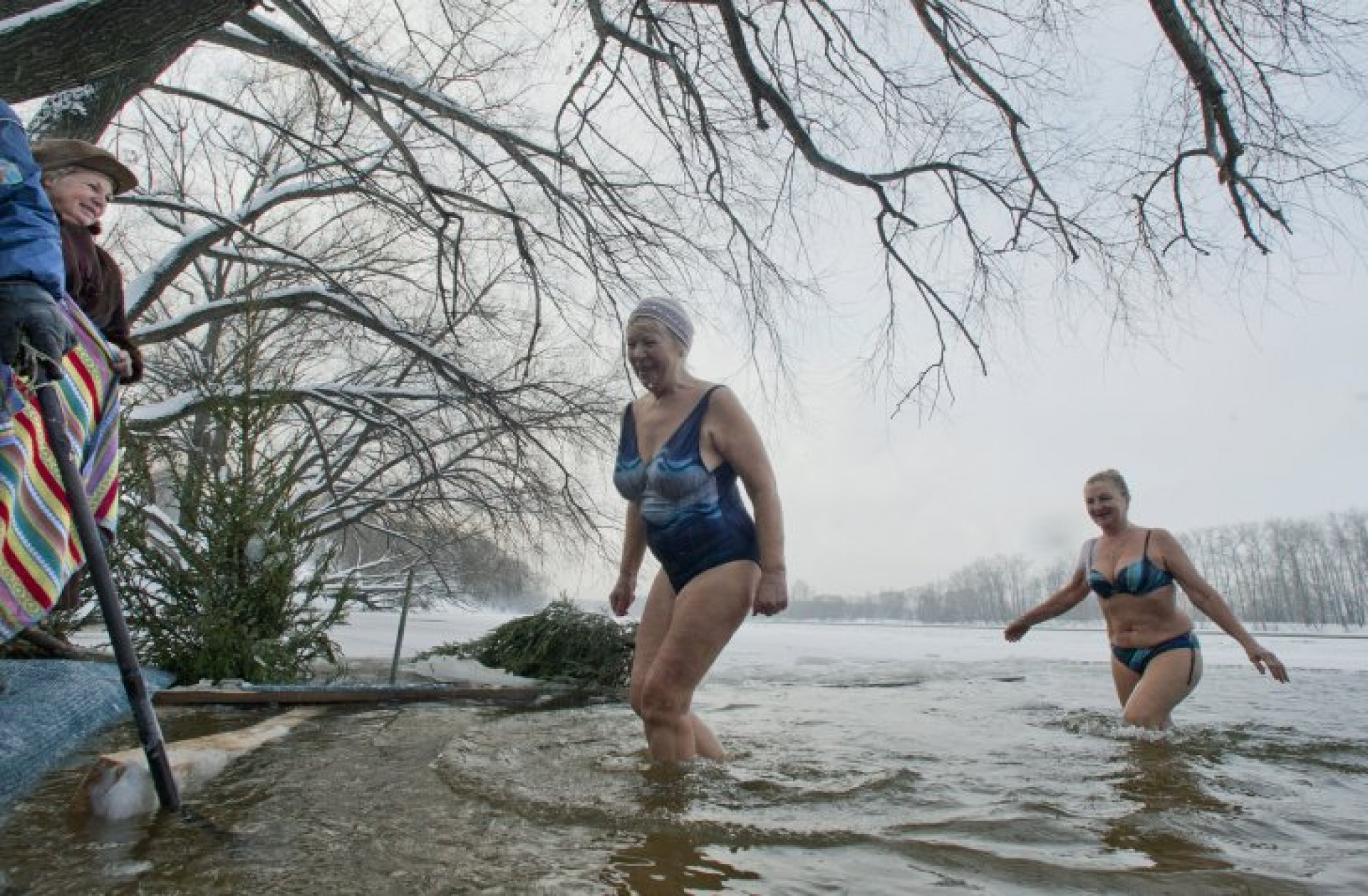 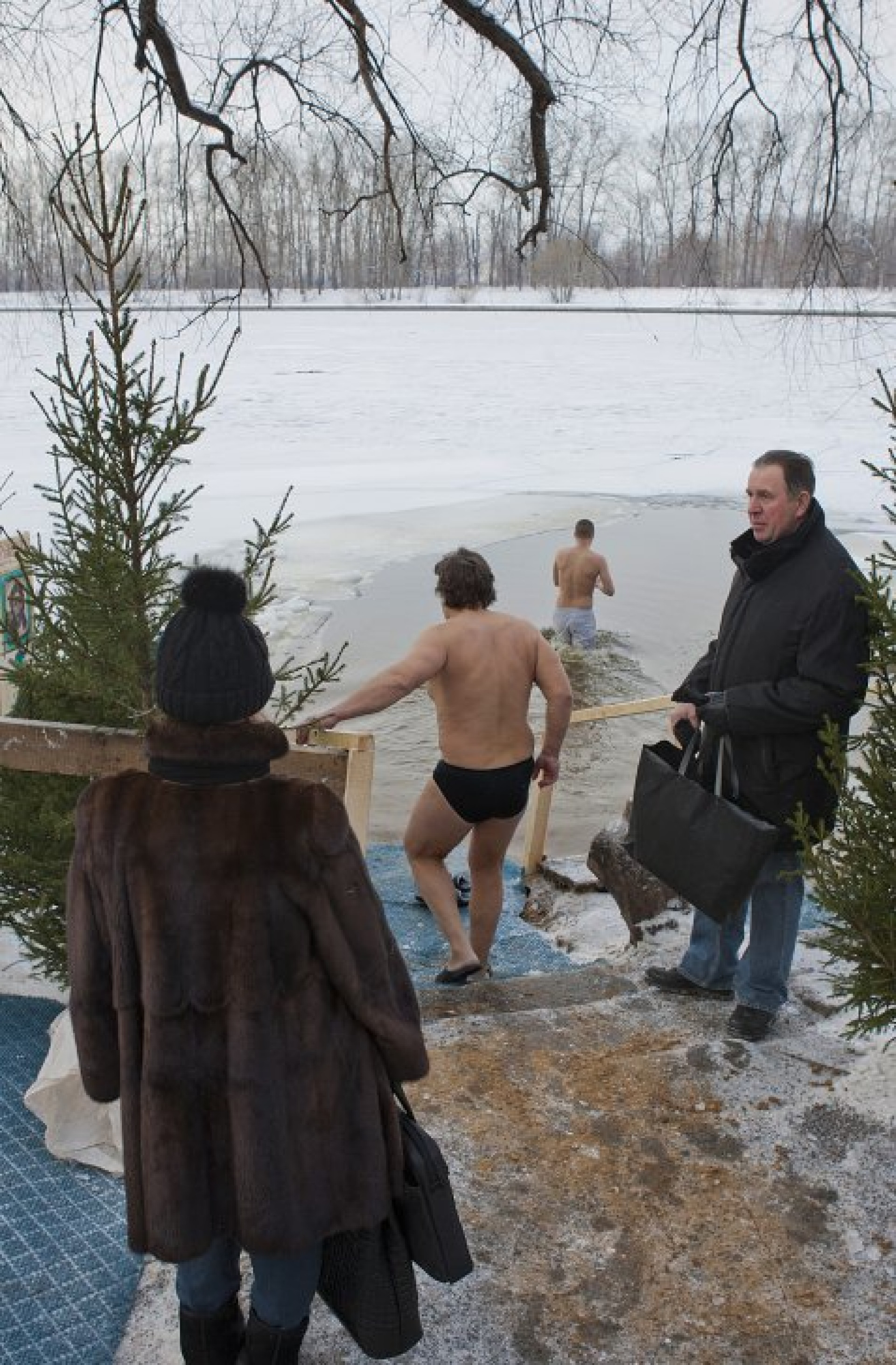 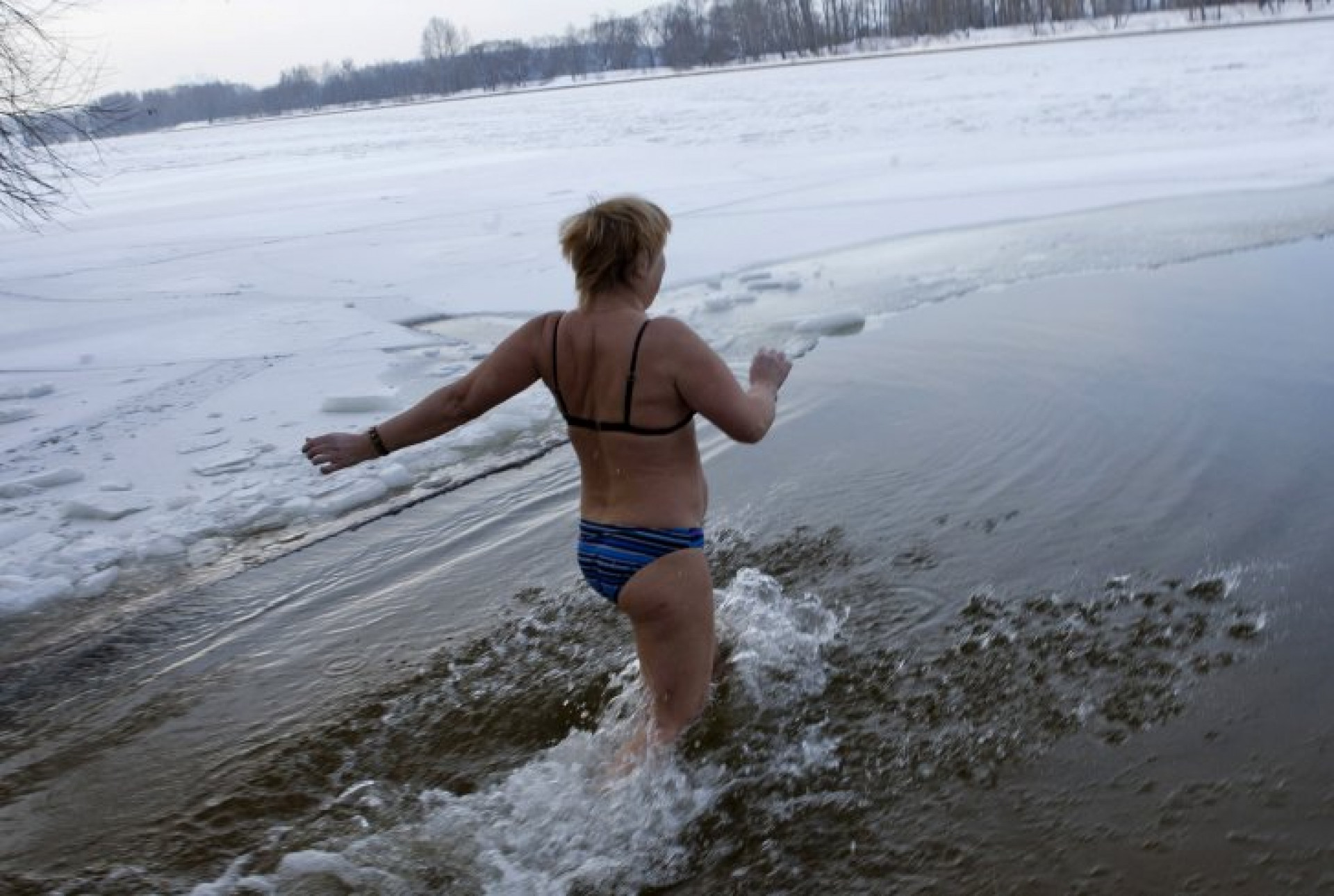 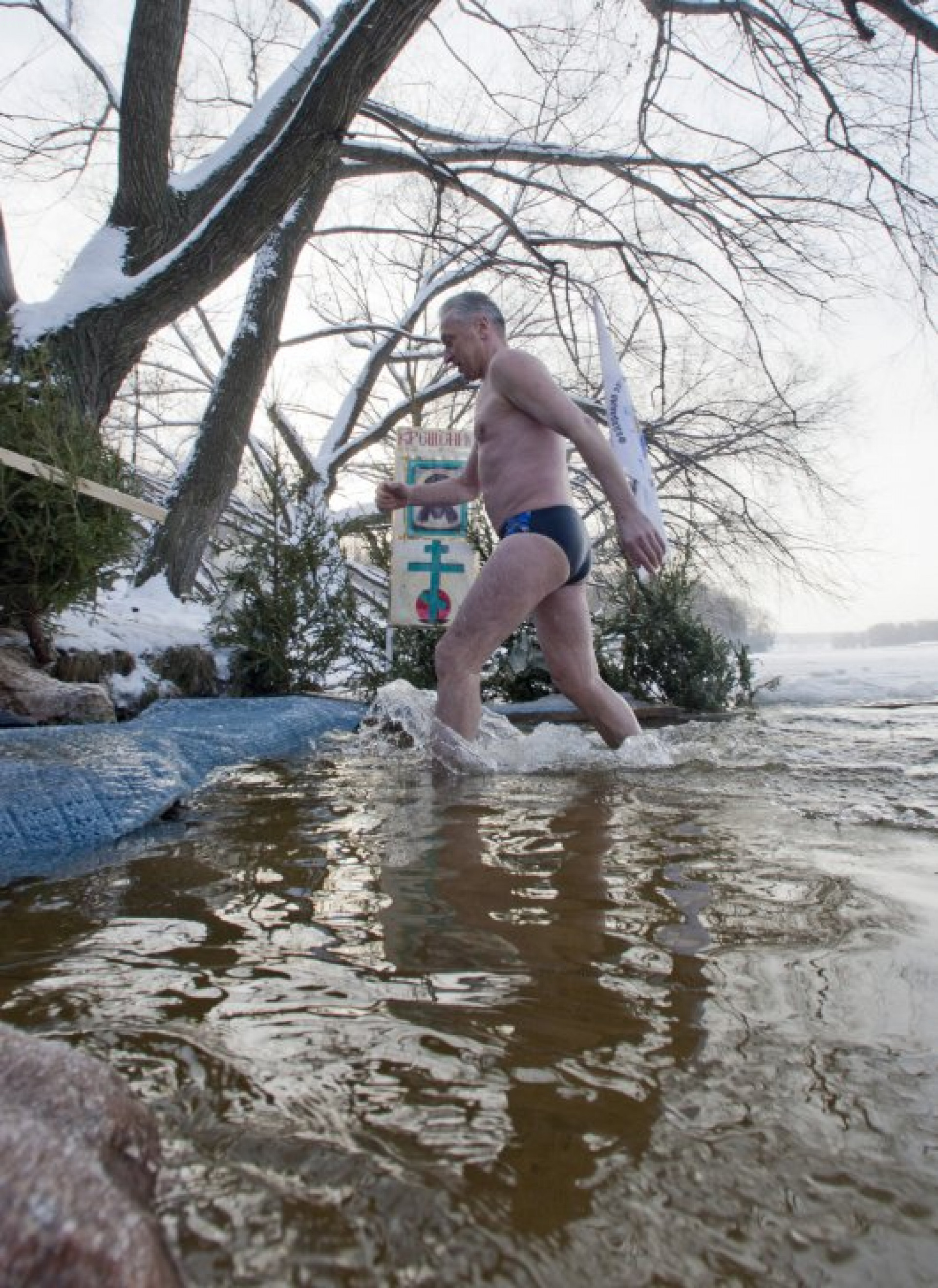 More than 90,000 Orthodox Christian believers took a ritual dip in icy waters throughout the city to commemorate Epiphany early Thursday morning — almost double the number from last year — in the latest indication of growing enthusiasm for the church.

More than 1,700 police and volunteers were on hand to supervise 60 designated swimming holes across Moscow, Interfax reported, citing a police spokesperson. About 120,000 people attended Moscow's 111 working Orthodox churches and monasteries for services, up from 88,000 last year.

"Russians like holidays. They especially like holidays that have a deeper meaning," said Father Artemy, who works at the Alexander Nevsky Church in the Moscow suburb of Krasnoarmeisk. He said by telephone that large crowds came to a swimming hole near his church.

"We're watching traditions being reborn before our eyes," he said.

Epiphany commemorates the baptism of Jesus Christ by John the Baptist. Orthodox Christians believe that on the night before Epiphany, all the water on earth becomes holy and gains healing powers against bodily and spiritual ills.

There were two reports of injuries among bathers, both at a swimming hole in the Khimki forest. At 2:10 a.m. a young woman sank like a stone after jumping into the frigid waters. She was dragged out alive by rescue workers, who half an hour later saved a second young woman who fainted while bathing. Both women were treated and released.

In November, more than 80,000 believers lined up outside Christ the Savior Cathedral in central Moscow to kiss the Virgin Mary's Cincture, a belt believed to have been worn by Jesus' mother.

But despite police and church efforts to make the celebration as convenient and comfortable as possible, not everybody who wanted to go was able to attend.

"I would have gone, but there's are no designated swimming holes near where I live in Ivanteyevka, Moscow region," said Natalya Lobanova, 27.

Businessman and presidential hopeful Mikhail Prokhorov said in an interview with the Serebryany Dozhd radio station that he had never been baptized. "I'm not a churchgoer, but I have great respect for all religions," he said.