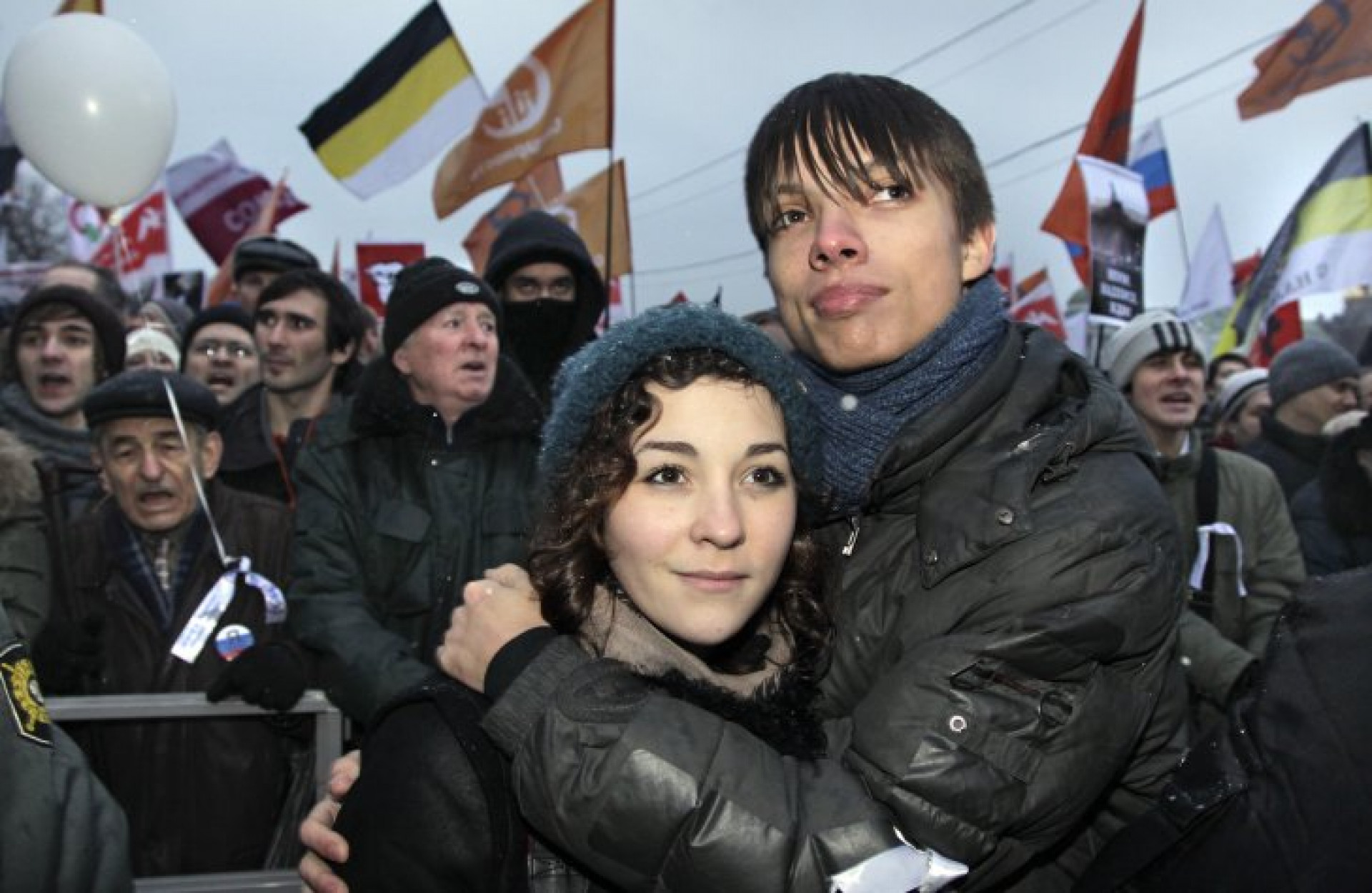 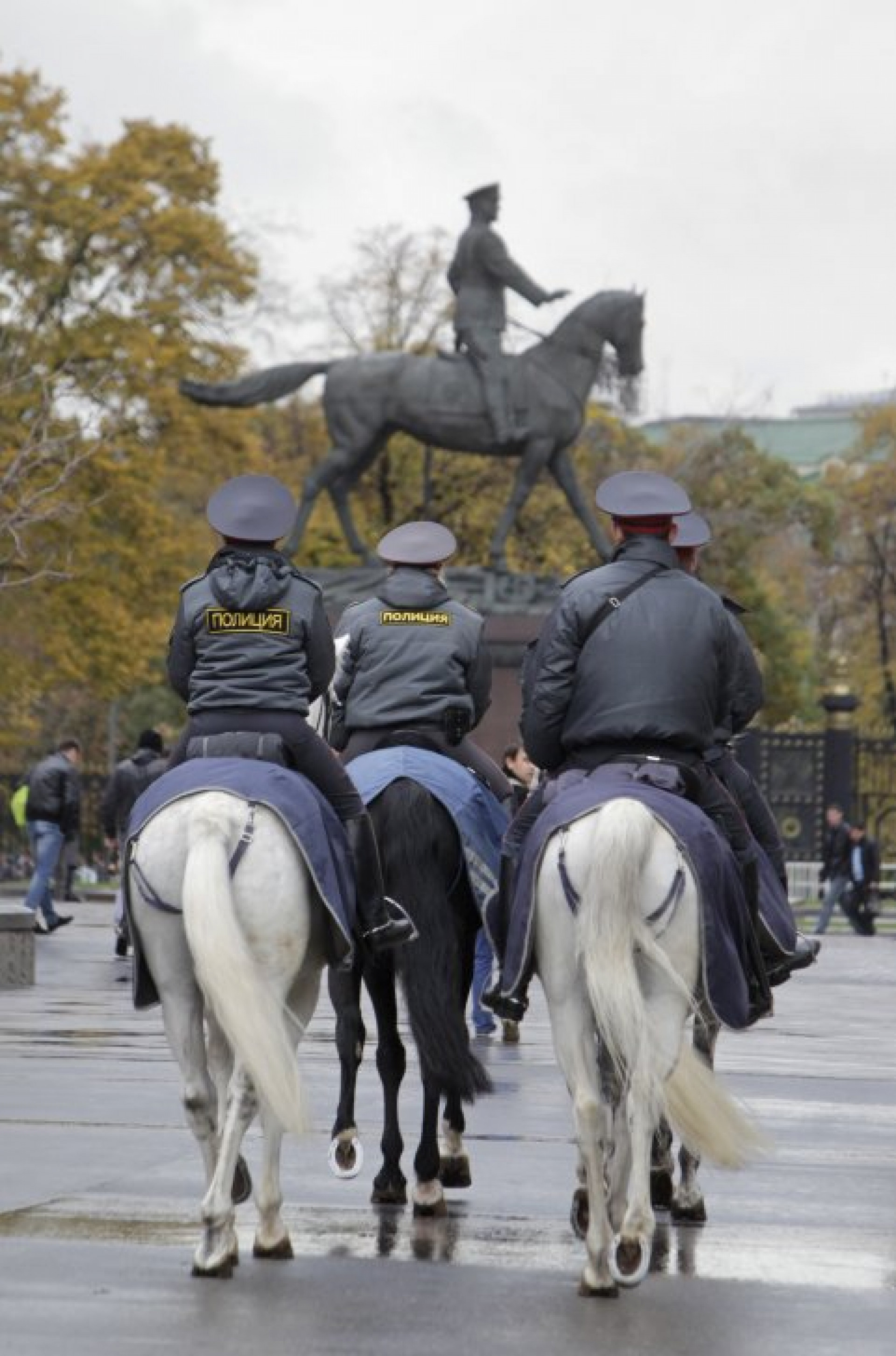 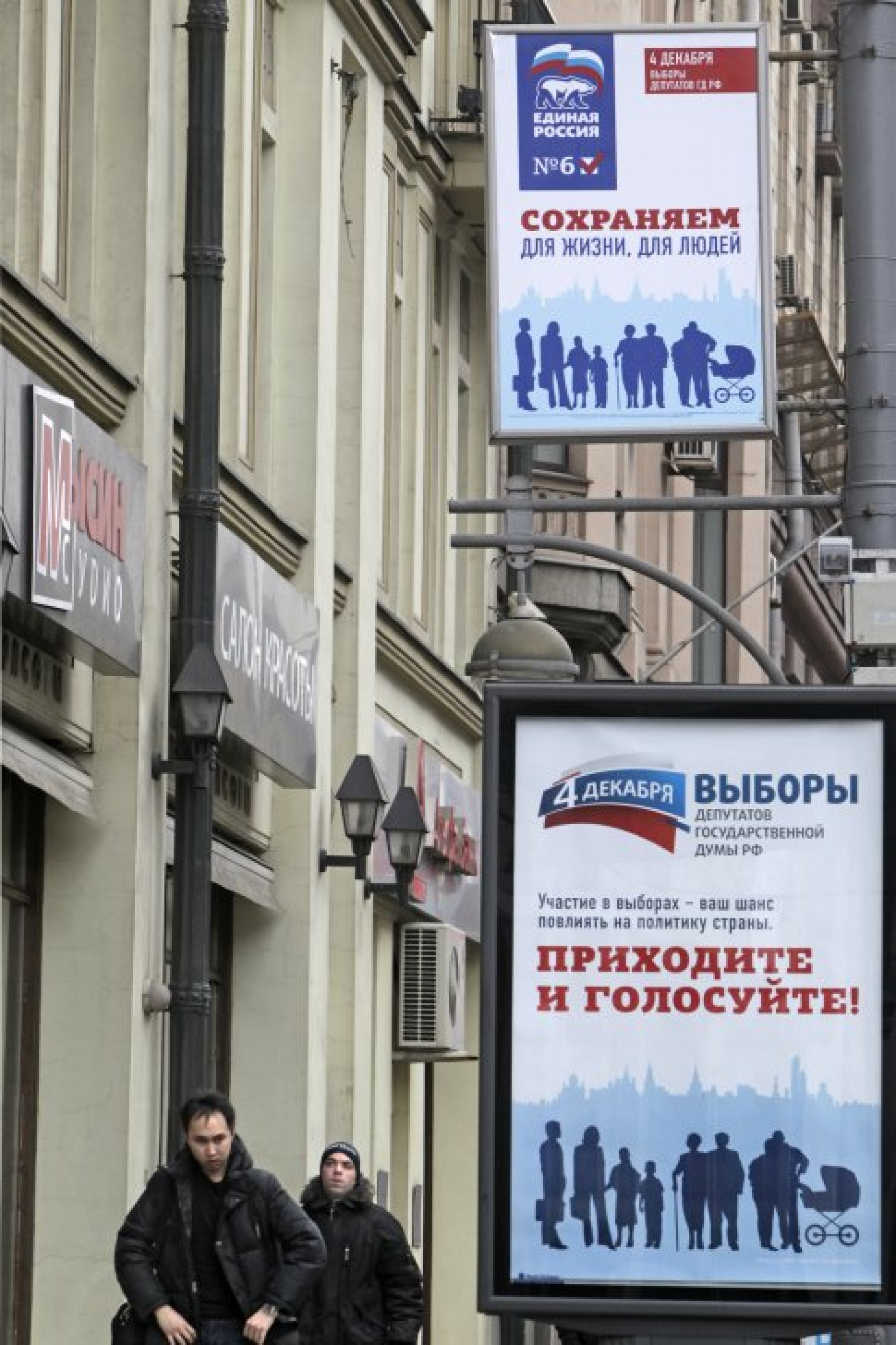 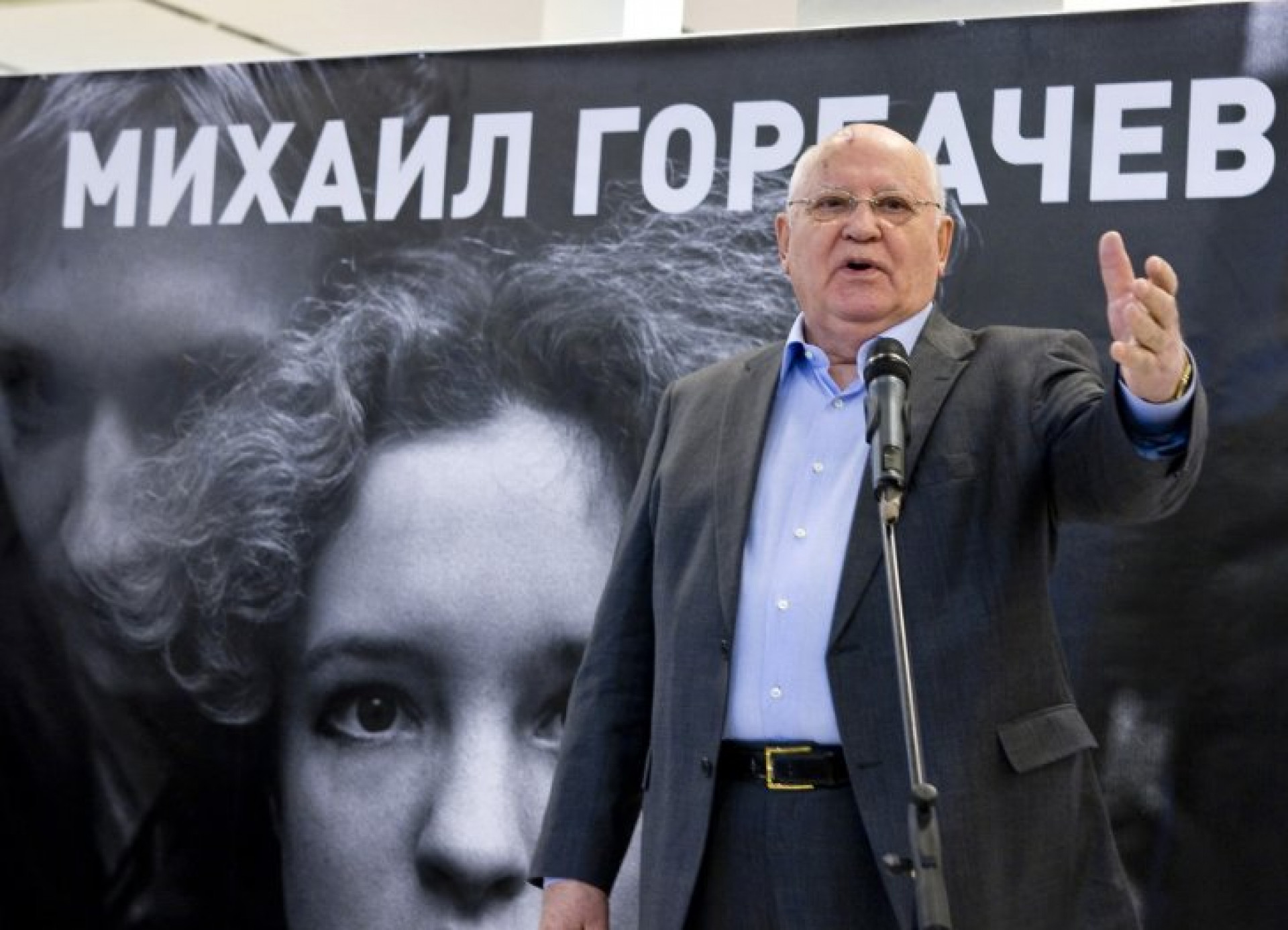 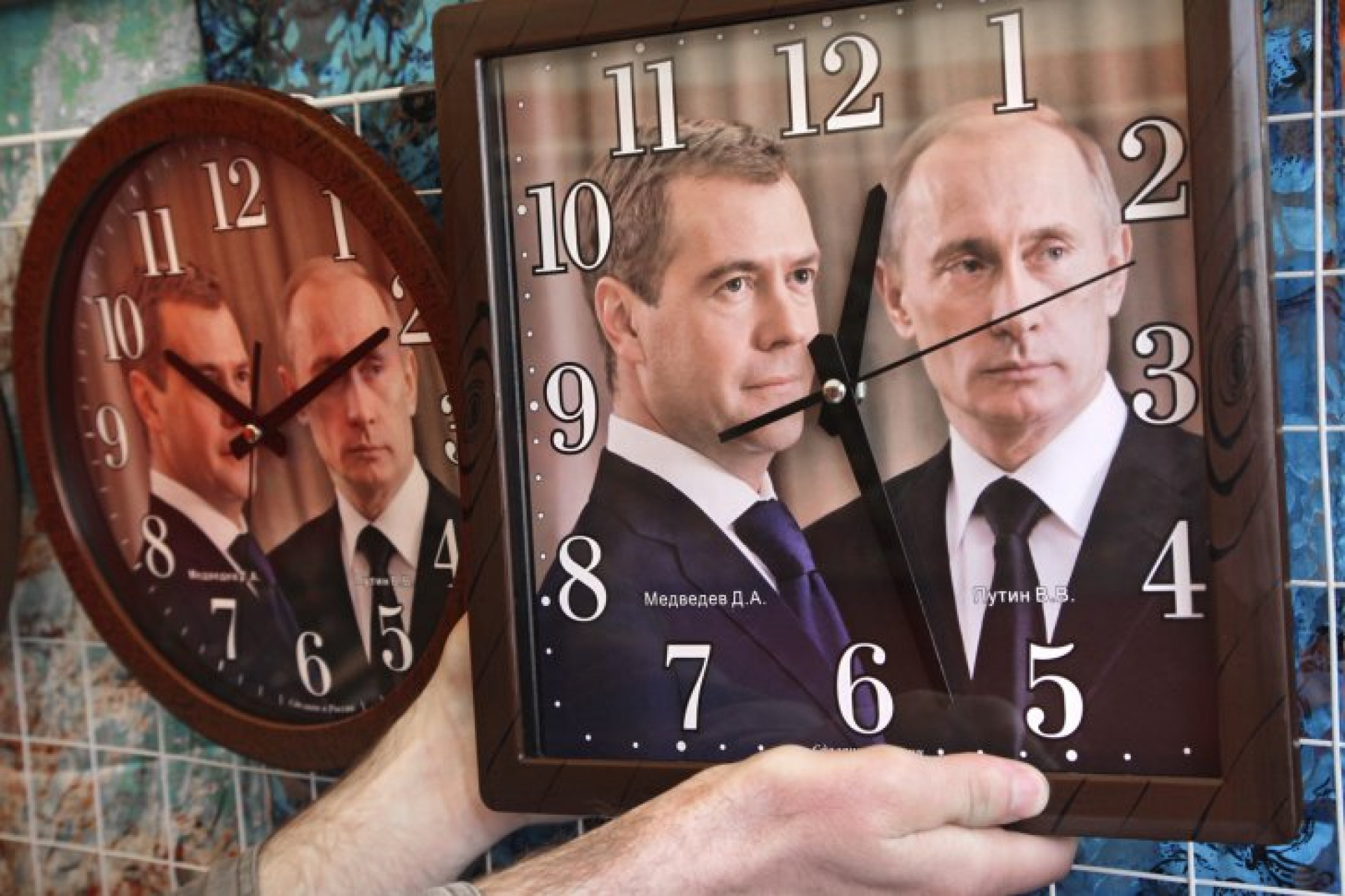 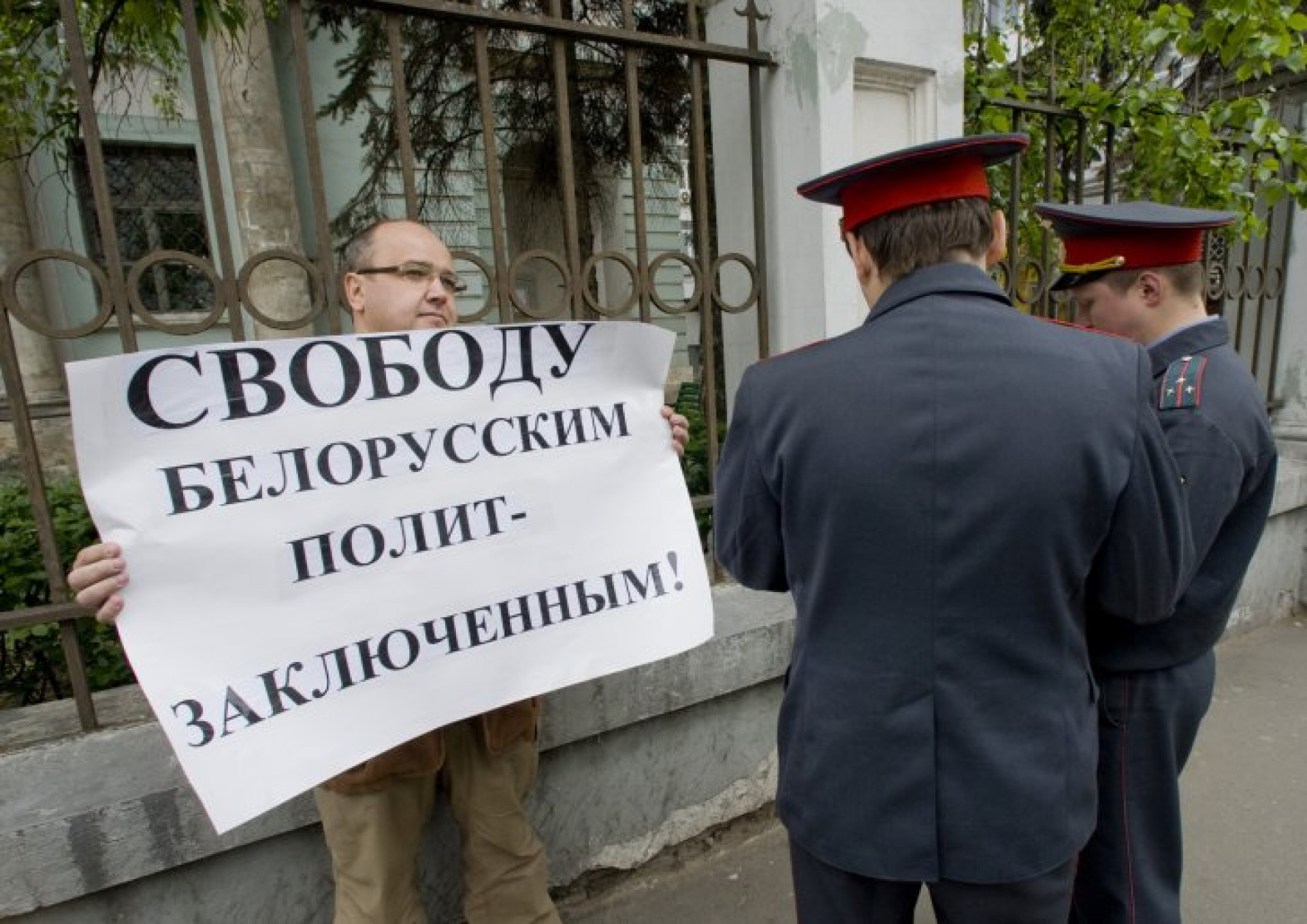 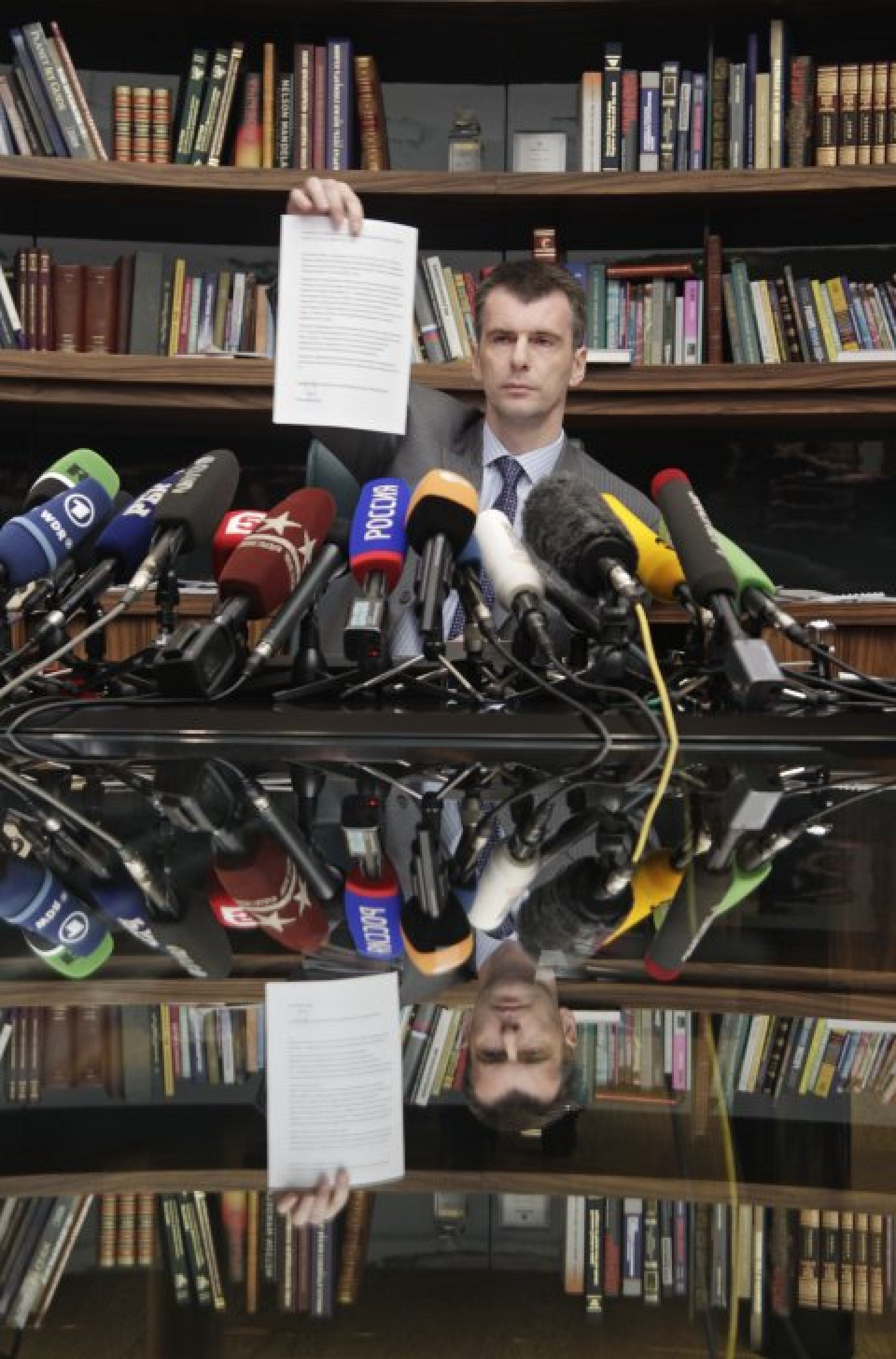 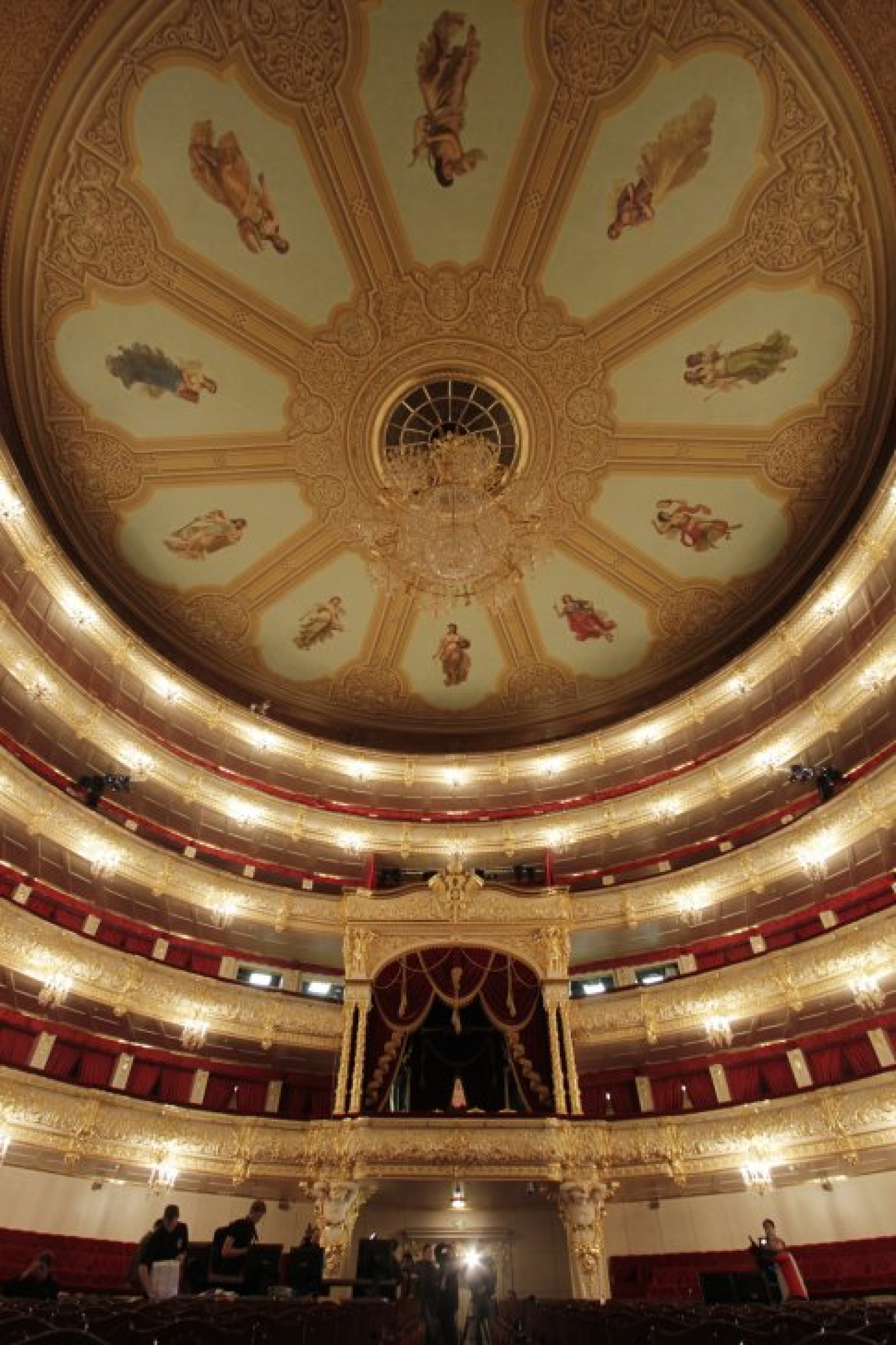 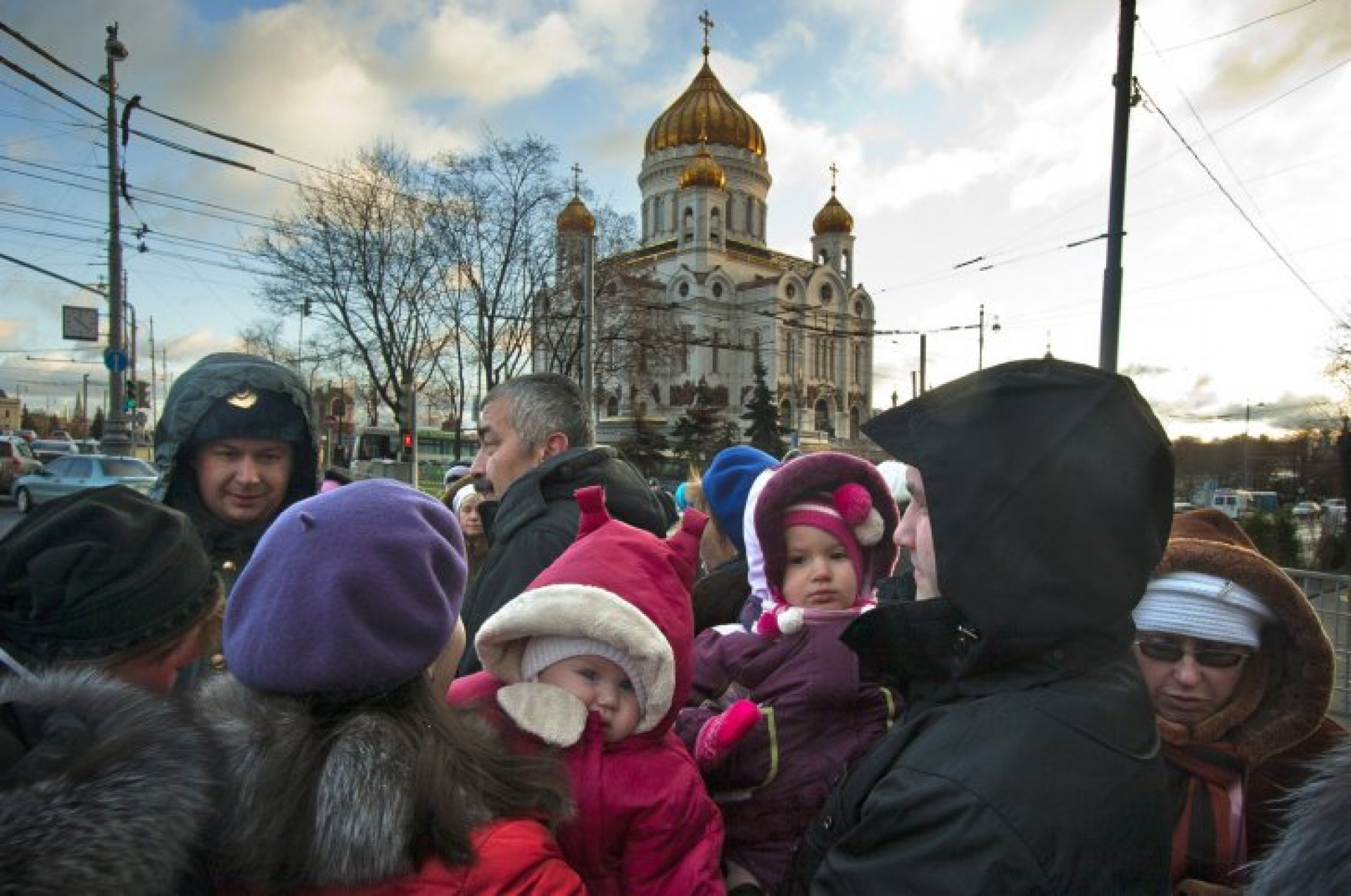 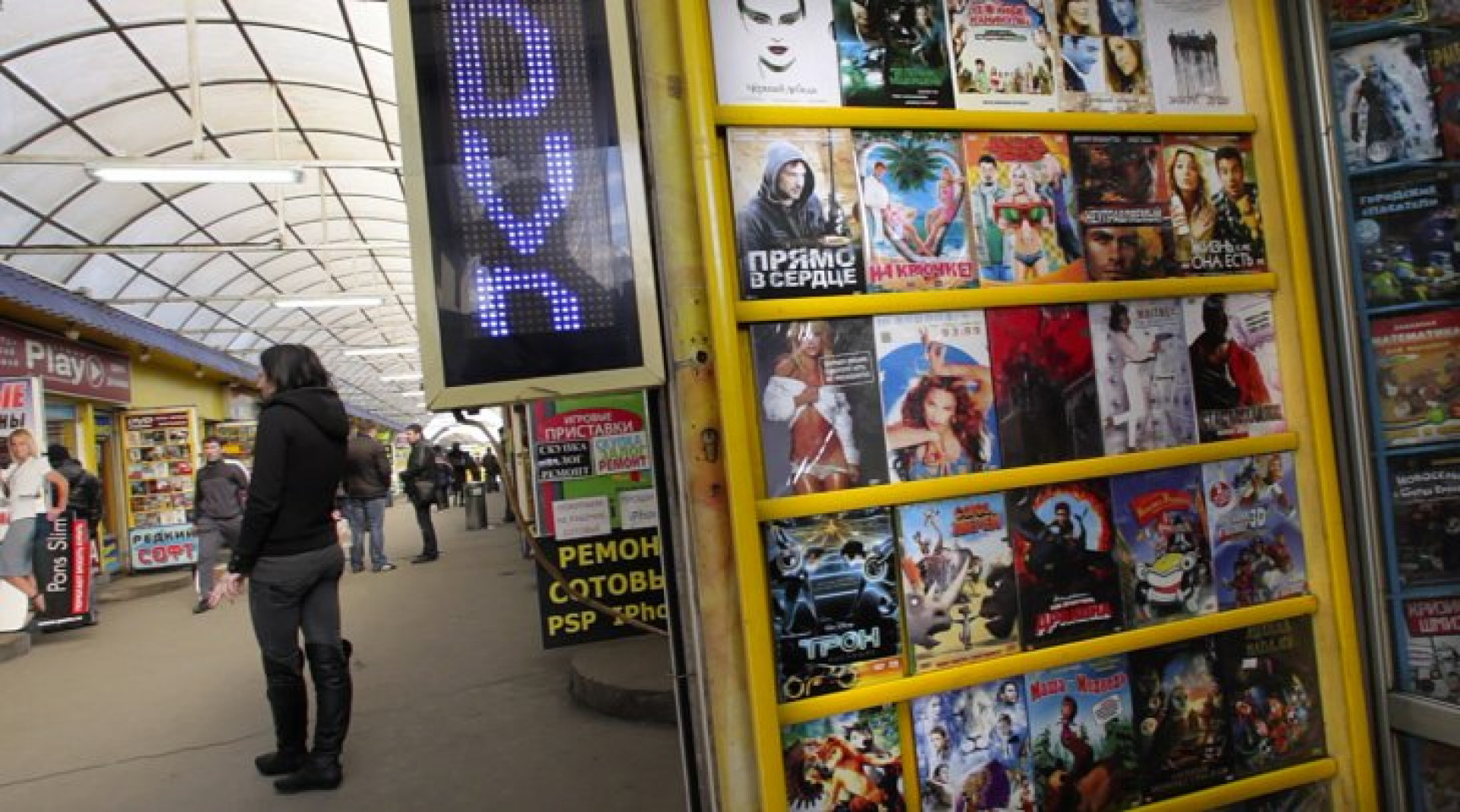 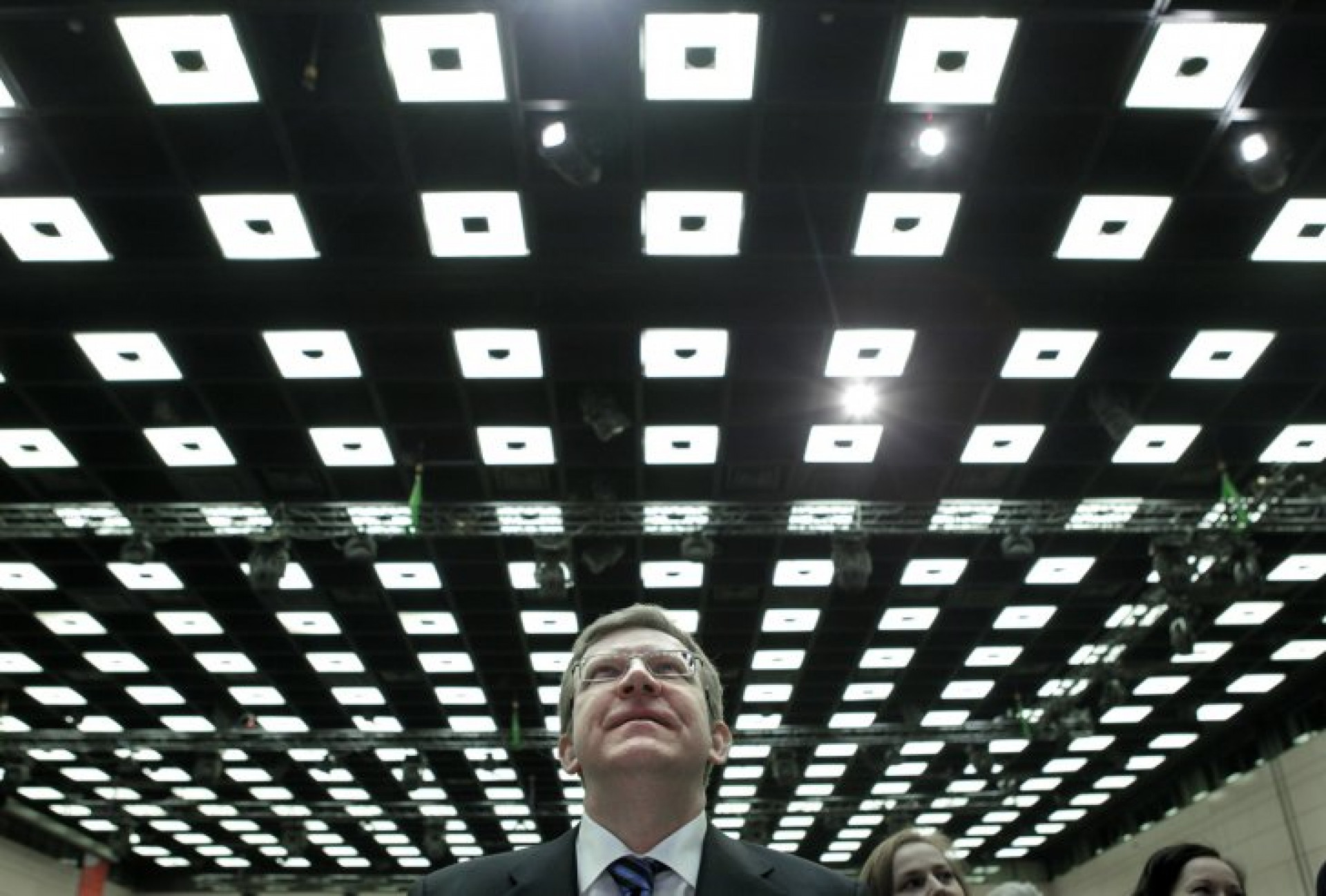 It was that kind of year, one of deceit and foolery and the unknown. Invisible ink was used in polling stations to steal votes, a disembodied seductive female voice rings to tell you to love Prime Minister Vladimir Putin, and insane asylums and prisons vote nearly unanimously for United Russia. And that was just in the last month.

What 2011 will represent for Russia, the start of something, the end of somebody, nobody knows, but it was a year when the curtain was slid aside and those behind the controls revealed. Or rather when people, who always knew of the men behind the curtain, suddenly decided to take notice.

After all, even Zoich had been cheating. A blue, cross-eyed tipsy-looking frog, Zoich had looked like the least likely Olympic mascots in history and was picked by many as a rebellious choice of the Internet, a small vote against the bland and cute symbols on offer — until it was revealed this year that Zoich was an Olympic marketing invention used to attract attention.

The real and the fake have long entwined — just look at a certain someone's smooth cheeks and forehead, or watch the news on Channel One — but reality began to bubble up, again and again, like a TV channel that flickers and starts showing the other side.

Moscow university students dressed up sexily for a calendar for Putin earlier this year, quickly matched by other students who created a similar calendar with questions such as "Who killed Anna Politkovskaya? The bizarreness of the first calendar was only matched by a Putin love fest at the Rai nightclub, which was publicized using a flyer designed like a vote ballot with a big lipstick tick next to Putin's name.

By the end of the year, drawings on ballot papers would be less friendly and lead to the departure of editors at the Kommersant newspaper after they published an insult directed at the prime minister by a voter.

It-girl, TV host and Putin's family friend Ksenia Sobchak addressed the rally at Prospekt Akademika Sakharova last Saturday, but she should be the first to admit, through gritted teeth, that it was one of her female archenemies, ballerina Anastasia Volchkova, who began the political celebrity backlash by calling the ruling United Russia party "sh--" way back at the start of the year.

She was quickly fitted up in the usual way, her appearance on television was dropped, and she was bad-mouthed by party officials who told her not to worry her silly little head over such matters like politics.

How gentle and serene must those days feel like to United Russia officials these days.

This was, after all, at a time when some people — not many admittedly — believed that President Dmitry Medvedev might, just might, have a spine and even a desire to remain president.

He was doomed, though, when he lost the support of Alla Pugachyova, who switched to Mikhail Prokhorov, a billionaire-turned-politician.

As Novaya Gazeta noted at the time, "Alla is an indicator of the moods of society. Even that genius of managing his own fate, Putin, should envy her. He has stayed afloat for two presidential terms so far, but she has been around for at least 10."

There was more fake hair at an allegedly fake charity backed by a former acquaintance of Putin, which drew a raggle-taggle bag of Hollywood celebrities, including Andy Garcia and Steven Seagal — Woody Allen barely spoke but did autograph a black Hummer — but convinced few.

Celebrity visits from the likes of Jean Claude van Damme were made to honor Chechen president Ramzan Kadyrov, but that soon had Hilary Swank trying to apologize her way out of greedy idiocy.

And there was inventive protest. The award for most ingenious and childish goes to Gregory Melkonyants, from Golos, the nongovernmental organization that monitors elections, who thwarted an NTV attack documentary by saying the words "Surkovskaya propaganda," repeatedly, in honor of Vladislav Surkov, the Kremlin's now-removed "gray cardinal."

But most disturbing were the phone calls of recorded message professing almost desperate love of Putin. "Without Putin, there is no meaning," they intoned. "Remember that Putin does everything for you. Putin loves you."

After the elections, everyone suddenly had their own story of fraud and lies. The woman whose husband turned up at her polling station to tell her to stop counting because the result had been announced already on the news; the psychiatric hospital head who told Vedomosti that not everyone had voted for United Russia. "Not 100 percent, one voted for Nicholas II, one for Nicholas I," he said.

New terms were learned: a "shwarma," or "kebab," is the name of a pack of voting papers because of the distinctive shape; "merry-go-round" is the name for organized for mass illegal voting at numerous polling stations.

The most farcical story — though nobody has heard all of the stories so far — was of four polling station chiefs who simply ran away with the votes. One went home and locked himself in his room refusing to answer the door.

The sight of military vehicles on Moscow streets should not really be that alarming for city residents, after all tanks and missile go rolling down Tverskaya every May for a Victory Day parade these days. But the city got jittery on Dec. 10 before the first huge protest at Bolotnaya Ploshchad, as Interior Ministry troops rolled in.

Eagle-eyed reporters and citizens talked erroneously of tanks on the street, and apology of the year goes to one member of the media for the tweet: "NOT military vehicles. Just large cars. My bad."

There have been three protests so far, more people on Moscow streets since the early 1990s, indeed so many people that it was shown, almost fairly, on state television. That chess chap, Garry Kasparov, even appeared on federal channels for the first time in years.

Reality has begun to intrude. 2012 will be very different.