The closest I came to becoming a socialist was when I was a teenager growing up in the U.S. Midwest in the 1980s. The years under U.S. President Ronald Reagan were an era of stagnation, marked by political conservatism and social conformity.

I rejected my own bourgeois origins in the belief that there was more to life than an office job and a house in the suburbs. Middle-class existence seemed so predictable, petty and oblivious to the injustices of capitalist society. Little did I understand that my rebellion itself was a luxury afforded by a bourgeois lifestyle.

I first had to move to Russia to grasp the folly of socialism and reclaim my middle-class roots.

What Americans called “middle class” in the late 20th century would be considered extravagant by the standards of any other society. And since Americans took their material well-being for granted, ambition was not necessarily equated with accumulating even more wealth. There was nothing unusual about my conclusion that living an interesting life was a higher priority than simply making money.

That’s one reason I started studying Russian and made my first trip to Moscow in 1991 — the last, hungry year of the Soviet Union. When I returned as a journalist in 2003, it was heartening to see that the fruits of the global economy were available to an increasing number of Russians.

After the humiliating deprivations of socialism, Muscovites were in a hurry to catch up. I was amazed to find a shopping center under the Kremlin walls, sushi served in Italian restaurants and bumper-to-bumper traffic jams in the middle of the night. It was funny to see advertisements for “elite underwear” or “VIP car washes.”

When I heard the word “democratic” used to denote restaurants geared to more budget-conscious customers, I began to appreciate the economic component of democracy. After all, what has primarily made the West attractive to the rest of the world is the availability of affordable, high-quality goods and services to the average citizen.

Like most Westerners, I was at first dazzled by Moscow’s opulence: the omnipresent luxury brands; supermarkets overflowing with imported foods; prices rivaling Tokyo or London. Of course, I knew the often-repeated phrase that “Russia begins beyond the Moscow Ring Road” and that the wealth of the world’s largest country was concentrated in one city. Yet it took me eight years of living in Russia to comprehend the depth of the country’s poverty.

The real discovery for me was just how thin Moscow’s veneer of prosperity is.

Without a doubt, a Russian middle class has emerged, but it is not well established and tiny compared with the rest of the population. What’s more, belonging to the middle class is as much a mental state as it is a set of socioeconomic indicators. There is hardly a Russian over the age of 25 who hasn’t experienced some form of need. The trauma of socialism’s “equality in poverty” goes a long way in explaining the inferiority complexes of the ruling political class or the conspicuous consumption of so-called New Russians.

The secret about Russia’s millionaires and billionaires is that they aren’t rich people at all. They are really poor people with more money than they know what to do with. Today, nouveaux riches from across the post-Communist world draw attention to themselves with their crass tastes and boorish manners. One hundred years ago, it was U.S. robber barons who vexed the English aristocracy with their desperation to buy respectability.

In the globalized world, societal developments that took centuries in the past have accelerated to breathtaking speed. Conventional wisdom holds that the appearance of a middle class in developing economies can help create the critical mass for democratic change. In Russia, even the Kremlin expresses the hope that a broad middle class will one day take a lead role in public life.

A middle class representing the majority of a country’s citizens and enjoying a high standard of living is much harder to create than an oligarchy. The problem is that Russia can be called “post-industrial” only insofar as it manufactures next to nothing, not because it has made the transition to a knowledge-based economy. The ranks of Russia’s emerging middle class are unlikely to be filled from the oil-and-gas sector or dying one-company towns. It may be too late already.

Beginning with the Industrial Revolution in the 18th century, the middle classes of Europe and North America became bigger and more empowered with every new technological breakthrough, lifting entire social layers out of poverty. Now technology and open borders are reversing that trend, upsetting the societal model that once defined Western civilization.

The America that I grew up in is disappearing. The industrial workers who once made up the broad base of the middle class have seen their jobs migrate to countries like Mexico and China. Office workers in the service industry have to compete with educated English speakers in India or Africa.

Before the 2008 financial crisis, cheap credit created the illusion that Americans could maintain their lavish living standards despite fundamental changes to the U.S. economy. In fact, dollars once held by the middle class were ending up in the hands of foreign treasuries and the rich. Anger at this redistribution of wealth has caused “Occupy Wall Street” protests to spread around the world.

The Western-style, middle-class stability and “normalcy” that so many Russians strive for is no longer so stable or normal in the West. The middle class is shrinking, as well-paying jobs and affordable housing are becoming increasingly difficult to find. This socioeconomic trend is observable in the United States as well as across Europe. Western capitalism may prove to be as vulnerable to the forces of globalization as socialism and communism were 20 years ago.

Citizens of the West have long been accustomed to being ahead of the rest of the world. Now, for once, Russia may be a harbinger of things to come — a two-class society of the super rich, the poor and nobody in between.

Lucian Kim is a Berlin-based journalist who worked in Russia from 2003 until earlier this year. He is writing a book about the Vladimir Putin era. This comment appeared in Vedomosti. 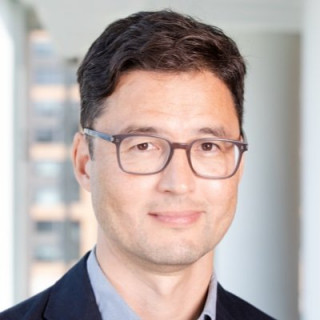