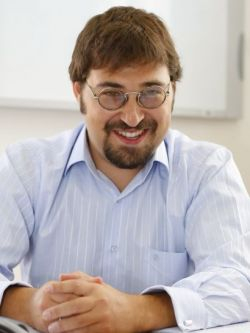 More than 70 percent of hotels in the United States are managed by hotel chains, whereas in Europe this figure is about 35 percent, and only 5 percent of hotels in Russia refer to chains. According to our estimates, the chain hotels will grow up to 12 percent to 15 percent within five years.

We are currently seeing a growth trend on the professional management market. Property owners increasingly pass control of financial flows to professional hotel management companies. The presence of international hotel chains is becoming more pronounced on the Russian tourism and business travel market. Because this presence raises the standards of service and quality of products, Russian hoteliers constantly feel the need to develop in many different ways.

This tendency is up to current market demand, management contracts comply with demands of owners and the management company. The owners will get income without spending a lot of time on this business; the company will have an opportunity to spread its business without huge investments. In many respects, the situation was affected by the crisis, which showed that hotel chains are much more stable than separate hotels.

According to the research of financial performance in separate and chain hotels, separate hotels performed reduction of its financial targets. Thus, the main financial indicators such as average price per room (ADR) and revenue per room (RevPar) in 2009 compared with 2008 decreased 17 percent and 40 percent, respectively. During the same period in AZIMUT hotels in same regions, performance of ADR and RevPar decreased 2 percent and 15 percent, respectively.

To maintain the level of total revenue, the company made short-term investments in related businesses of the hotels, particularly in the food and beverage (F&B) sector. In this regard, there was an increase of F&B performance in the total revenue per room at 10 percent in 2009 and 12 percent last year. Such measures allowed us to reach the 2008 level of total revenue despite the reduced prices for rooms.

In addition to stability in crisis situations, hotel owners will receive a number of financial advantages after the transmission of the hotel to a management company such as an increase in occupancy due to the cross-sales and booking system, reducing costs, high service standards and a well-known brand. Moreover, owners can use the instruments of the hotel chain to attract guests, savings in purchasing, and implementation of a brand standards that can increase the profitability of the hotel by at least 15 percent.

Until recently, most foreign investors and hotel operators were focused on St. Petersburg and Moscow. Over the past two years, international operators have revised their estimates of risk levels of projects in Russia and, after the development of the two main cities' markets, seriously engaged in the regional centers and major industrial cities. The scheme is clear: Together with foreign investments in the region come foreign experts who work with hotel operators.

At the same time, Russian hotels companies have very good chances because of a so-called soft brand strategy. Russian managers can include the hotel into the chain without strict demands such as room size. Today, many of these hotels provide a range of services beyond the traditional expectations. It is a fact that in Russia only a few accommodations have passed an official rating evaluation, and thus, theoretically, any place can simply claim even a seven-star status. All things considered, however, a guest cares more about the service and the quality of accommodations rather than the number of stars. The quality of the services is often much higher in hotel chains because the standards of the brand are strictly controlled by the parent companies. Naturally, if a guest is not happy with the service at one of the hotels, the image of the entire chain suffers.

The limiting factor in overall growth of the hotel business in the country is the state economy: Hotels occupancy depends on the overall business development and living standards.