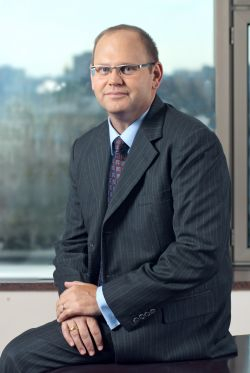 What do the BRIC countries have in common? Besides being countries with dynamic emerging economies, Brazil, Russia, India and China have also been entrusted with the right to host recent or upcoming sports mega-events, including the Olympic and Paralympic Games, the World University Games, the Commonwealth Games and the FIFA World Cup.

This is no coincidence.

Host countries must also consider the very tangible legacy that can be achieved — one that is founded on the infrastructure built to stage a successful sports mega-event. The transformative effect of well-thought-out supporting infrastructure for a mega-event like the Olympics or World Cup has long-lasting economic, demographic and social implications for the entire region. How a government body — national, regional, or municipal — plans for the legacy of supporting infrastructure can have a ripple effect on the development of a region for decades to come.

Studies have shown that investment in mega-event-related infrastructure can accelerate economic development by as much as three decades.

This is the promise. But there are risks as well.

Inadequate infrastructure planning or follow-through might well upend the perception of impressive achievement: Reports documenting the potential lack of adequate infrastructure have sometimes dominated the news in the weeks and months leading up to a mega-event. Those reports have the potential to jeopardize the positive image a city or country is aiming to build. To avoid such a scenario, advance planning is essential. So is the importance of demonstrating the lasting benefit of that infrastructure investment, a true legacy for the community.

Ideas abound for how best to achieve this. But translating those ideas into reality is more elusive. How does the vision for infrastructure investment correspond to the region's long-term development objectives? Which financing models best apply in each case? What role does sustainability play? What are the projected maintenance costs? How will procurement occur? What kind of oversight should govern the process?

PwC understands each of these critical success factors and barriers. In a recently completed PwC Thought Leadership report on mega-event infrastructure opportunities, we analyze the infrastructure investments that a sample of host cities has made as well as the long-term implications for each region where those investments occurred. Among the lessons learned:

Russia's success in being entrusted to host a number of upcoming sports mega-events — including the XXVII World Summer Universiade 2013 in Kazan, the XXII Winter Olympic Games and XI Paralympic Winter Games in Sochi in 2014, and the FIFA World Cup in 2018 — is a testament to how far this country has come in recent years. In addition to being modern Russia's chance to showcase itself to the world, the coming years present a real opportunity for the country to achieve a larger legacy of socioeconomic development through modernization of its infrastructure.