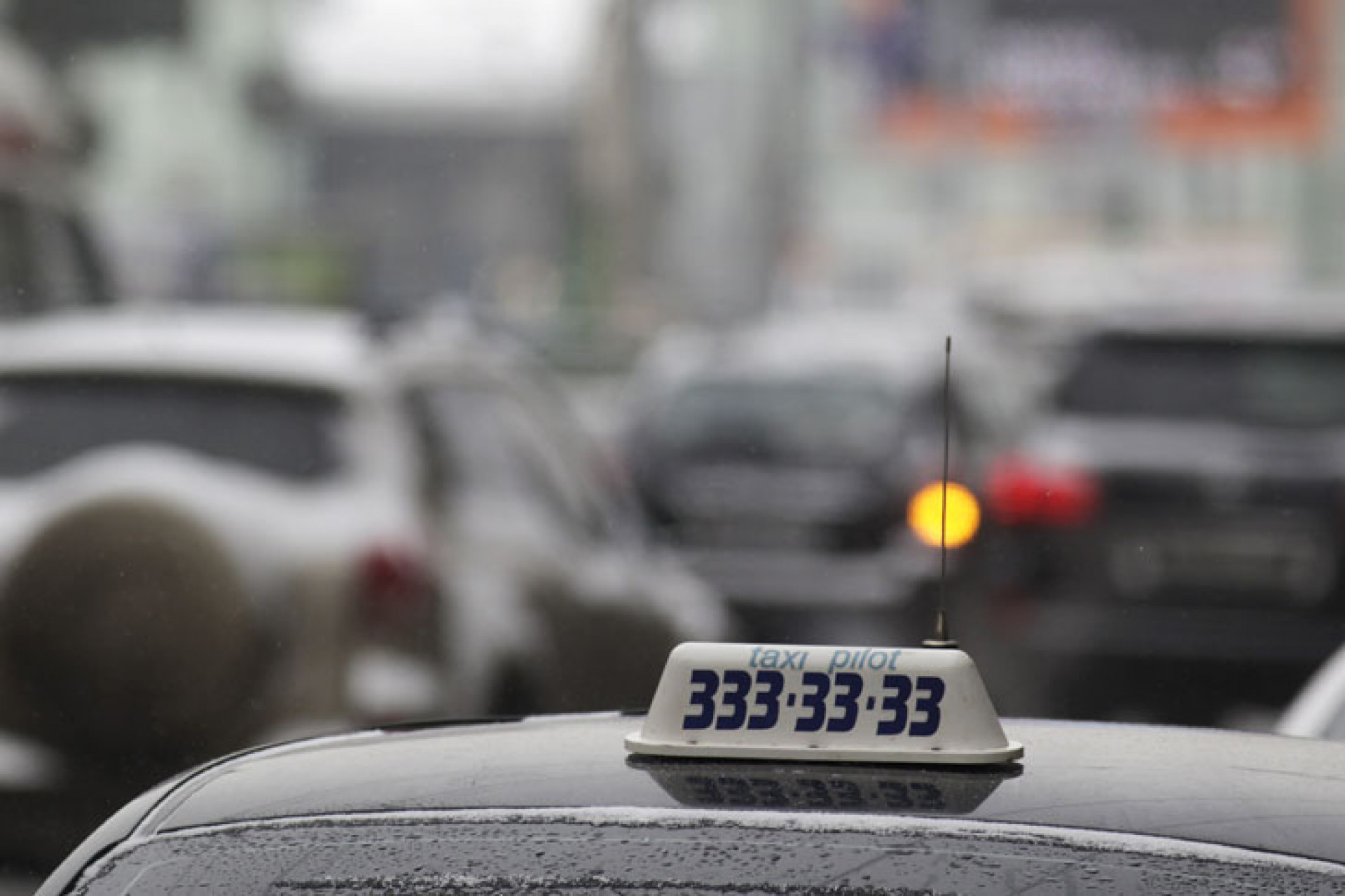 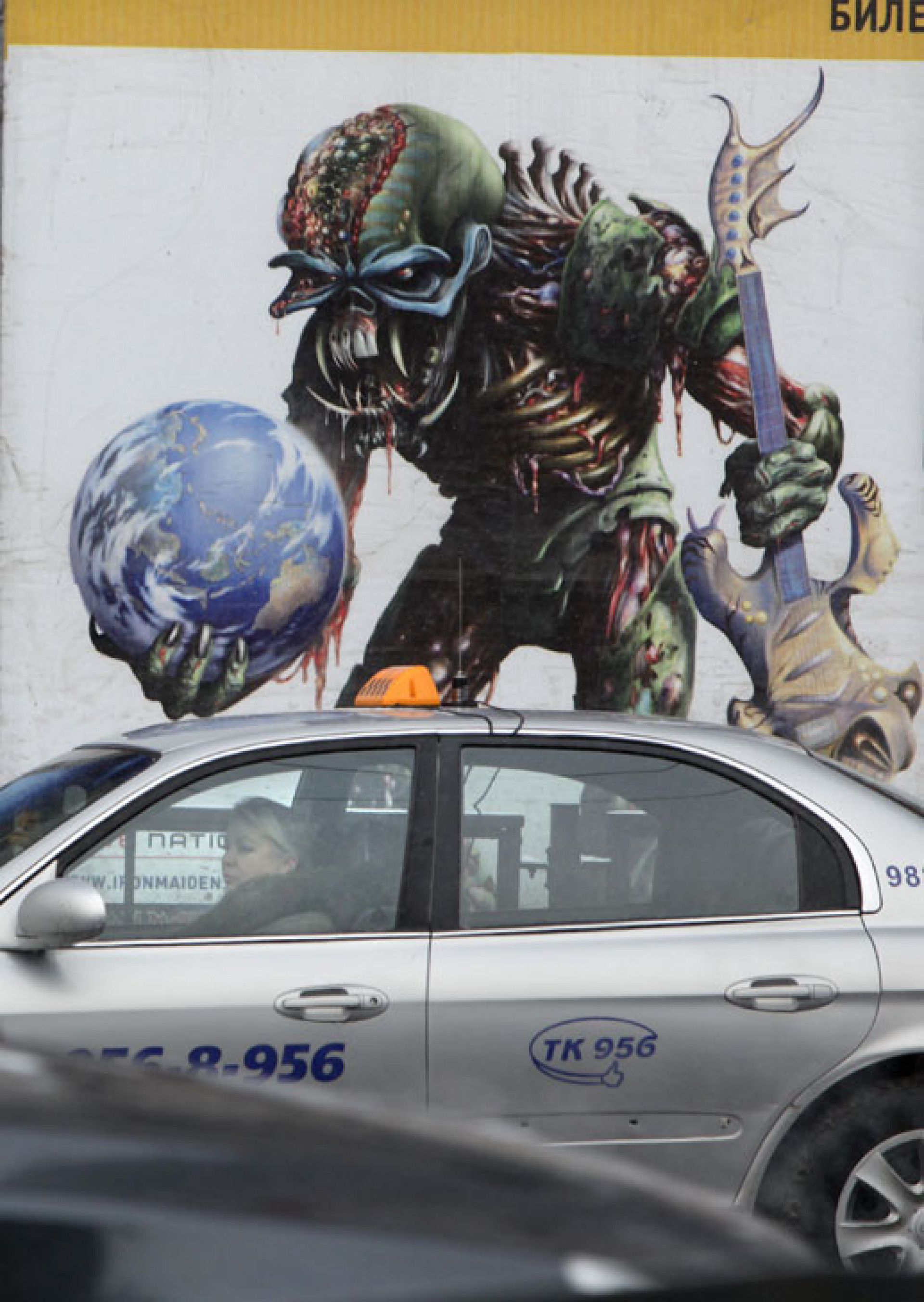 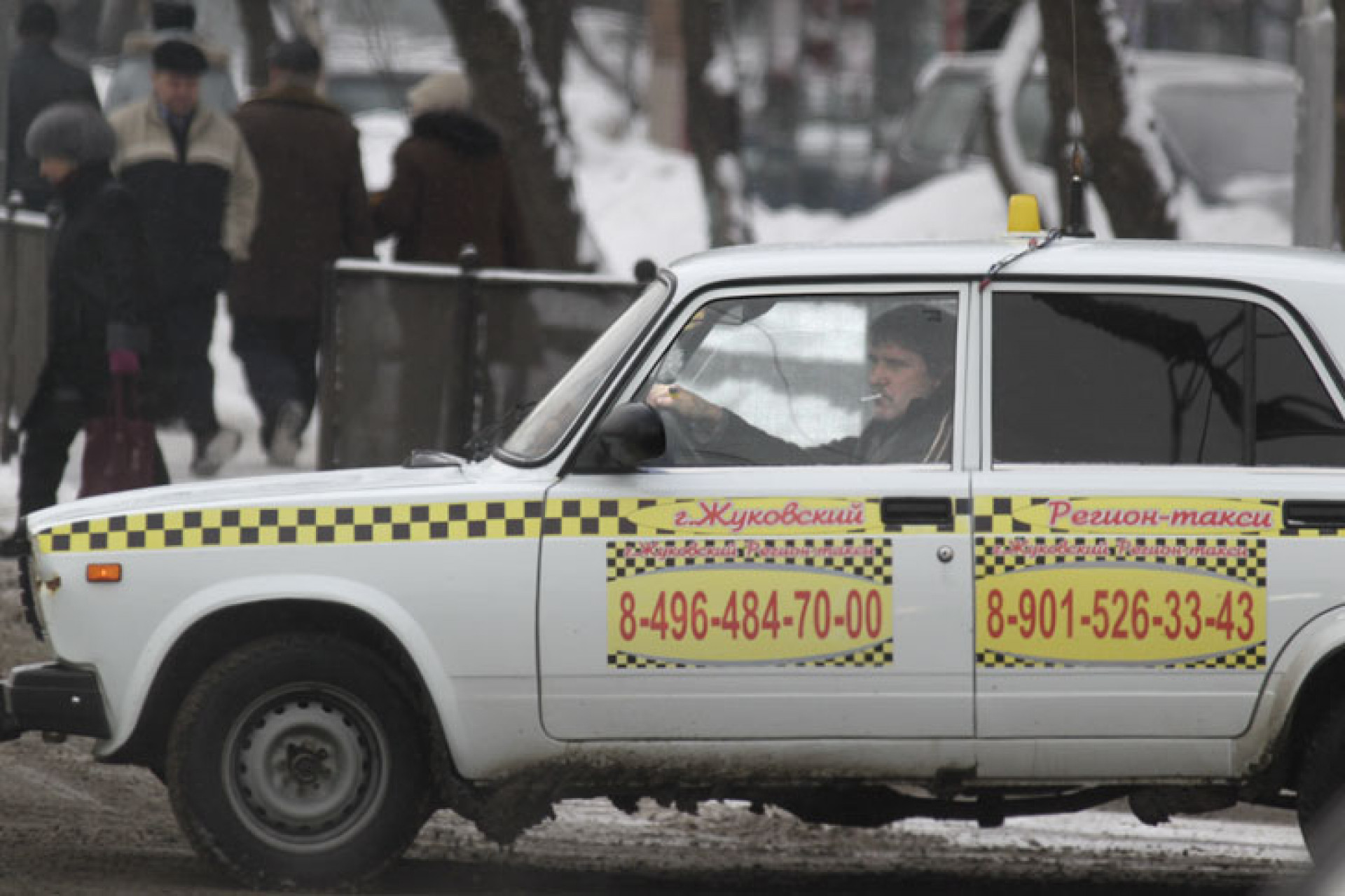 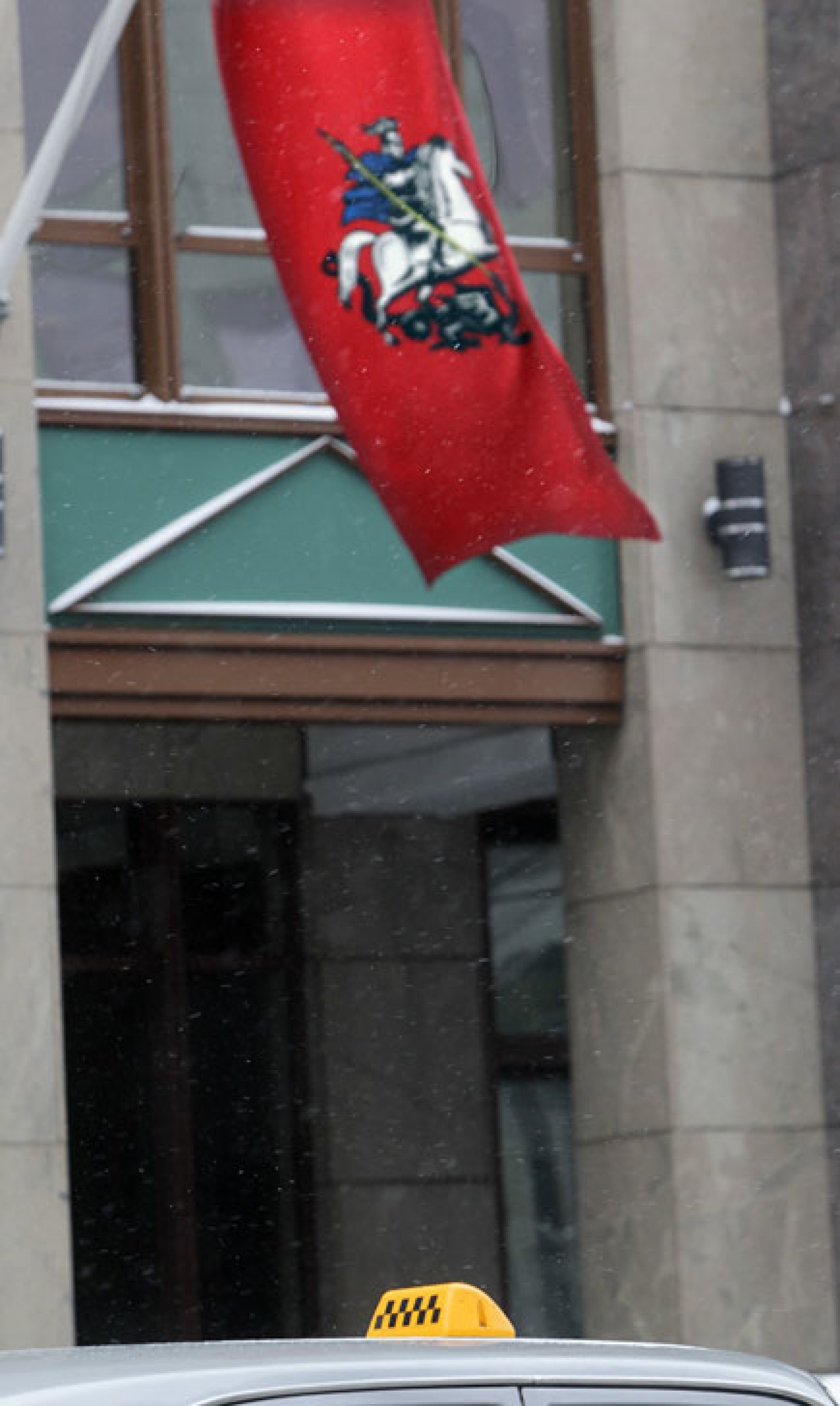 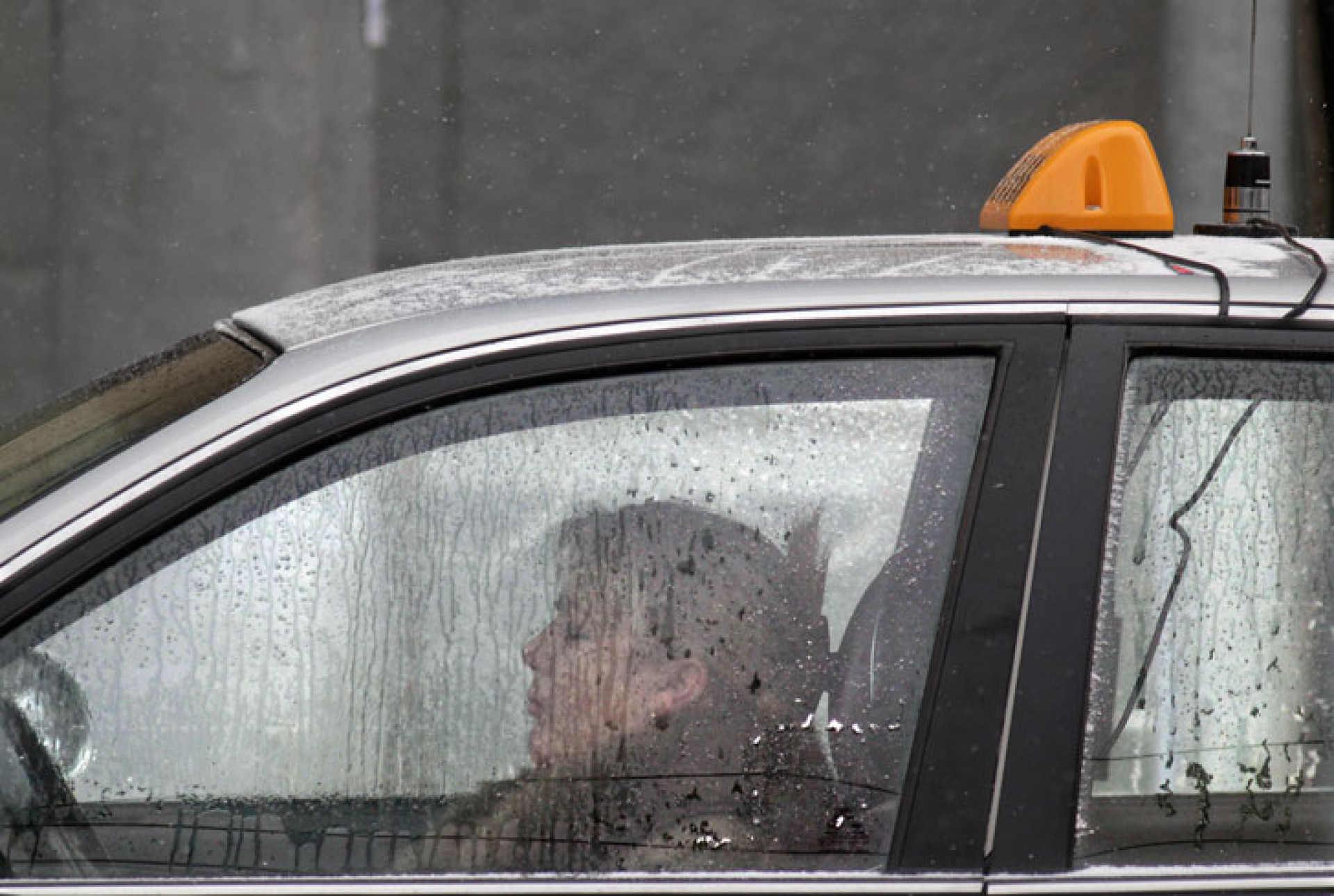 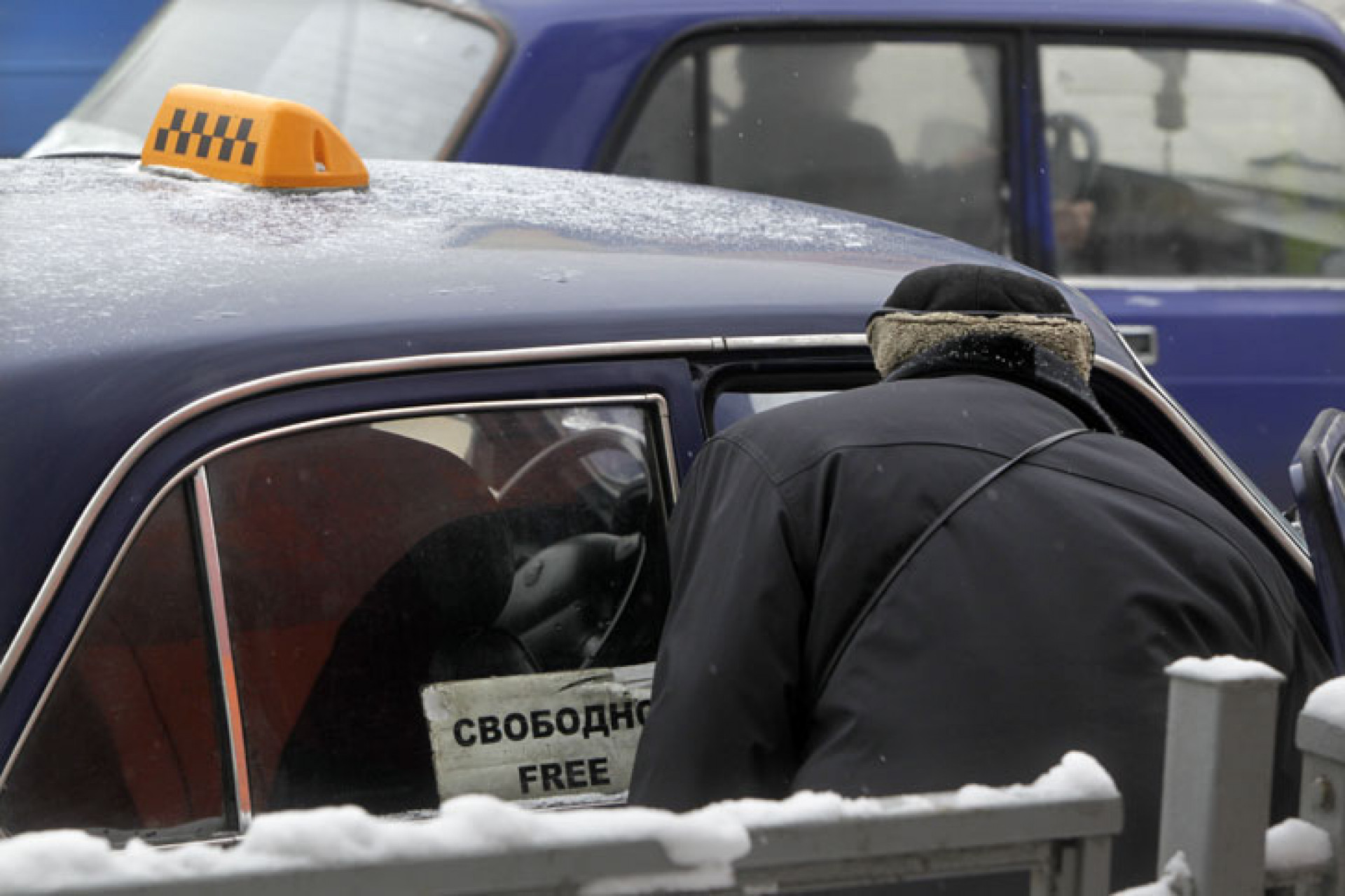 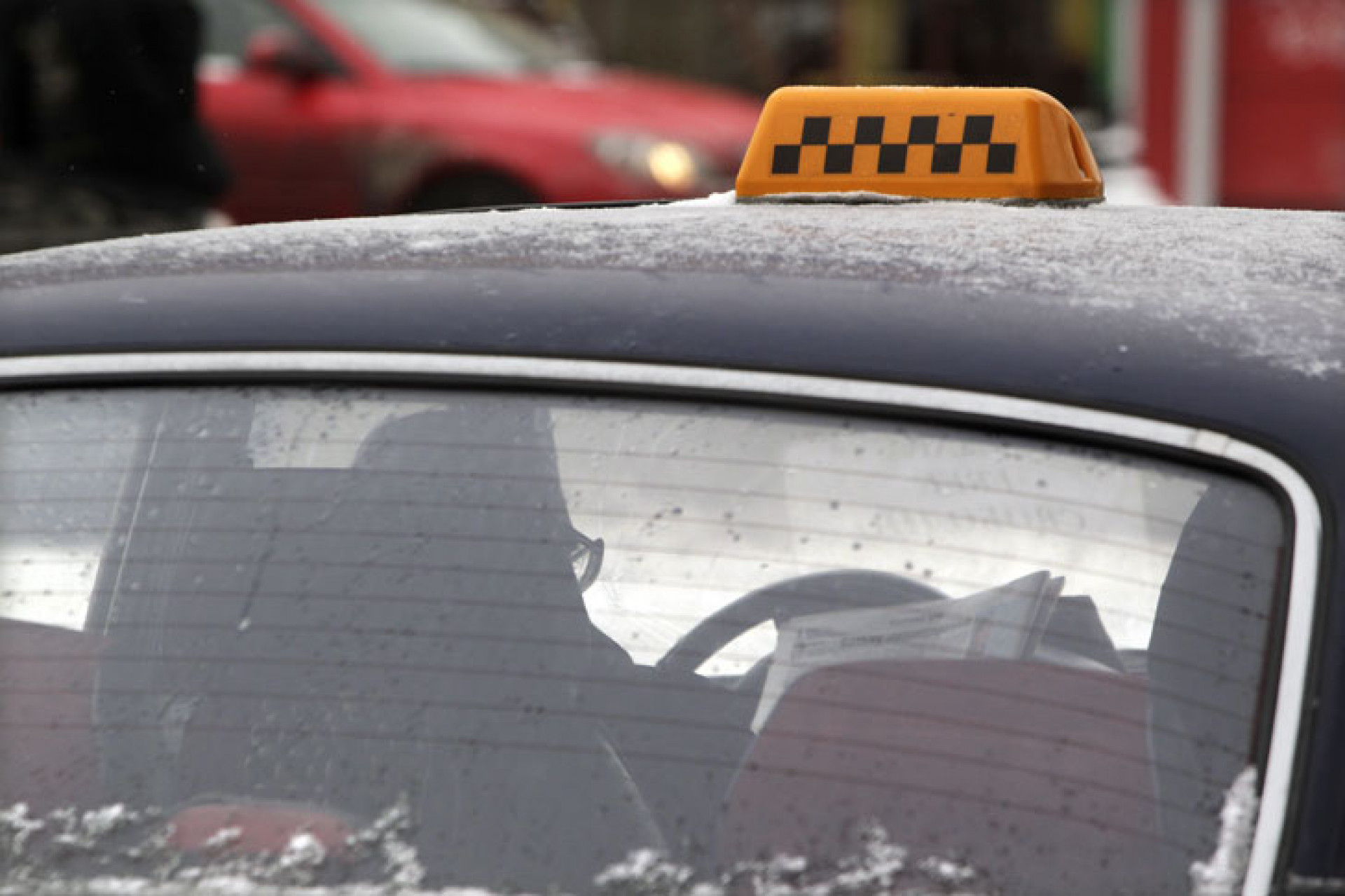 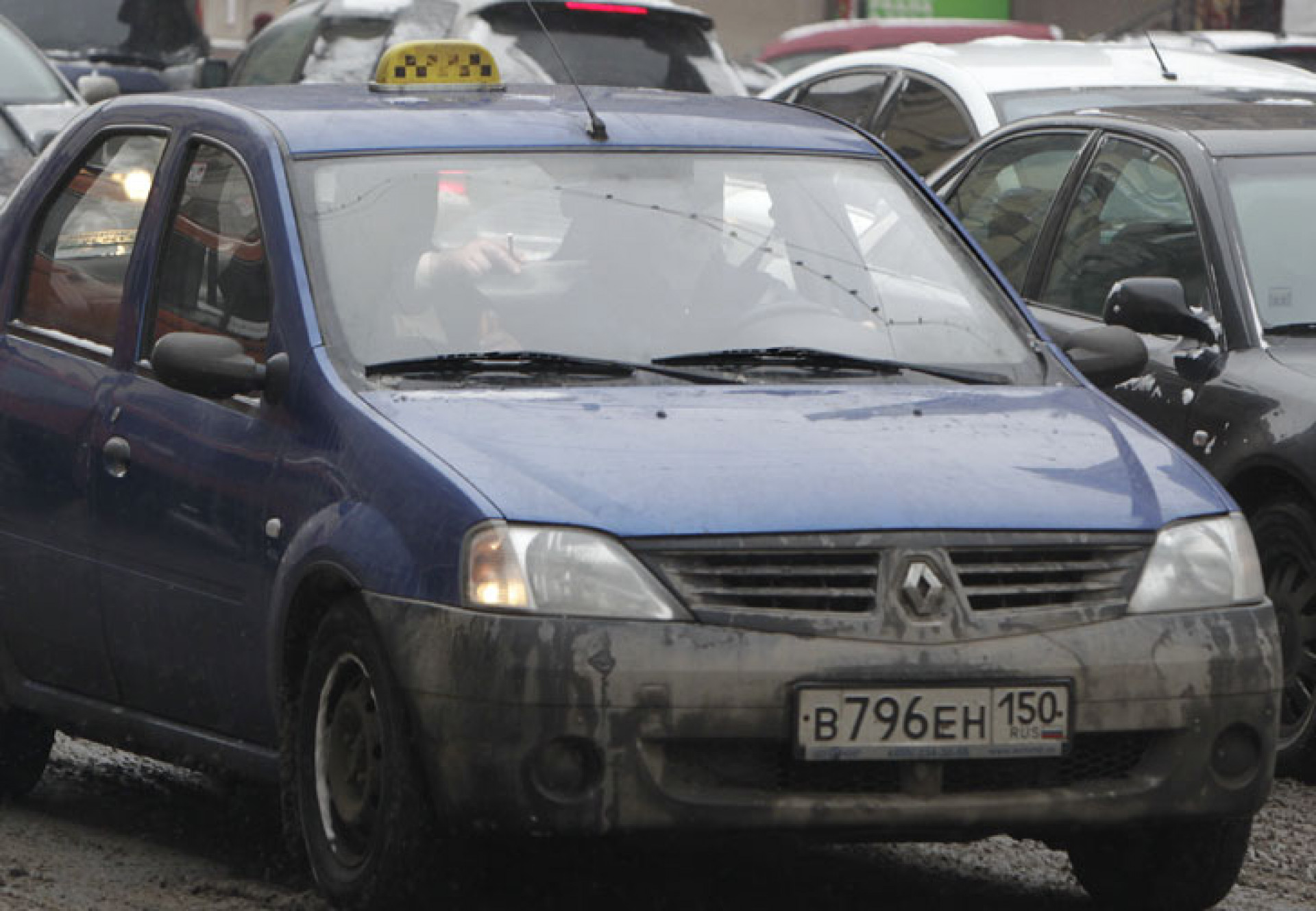 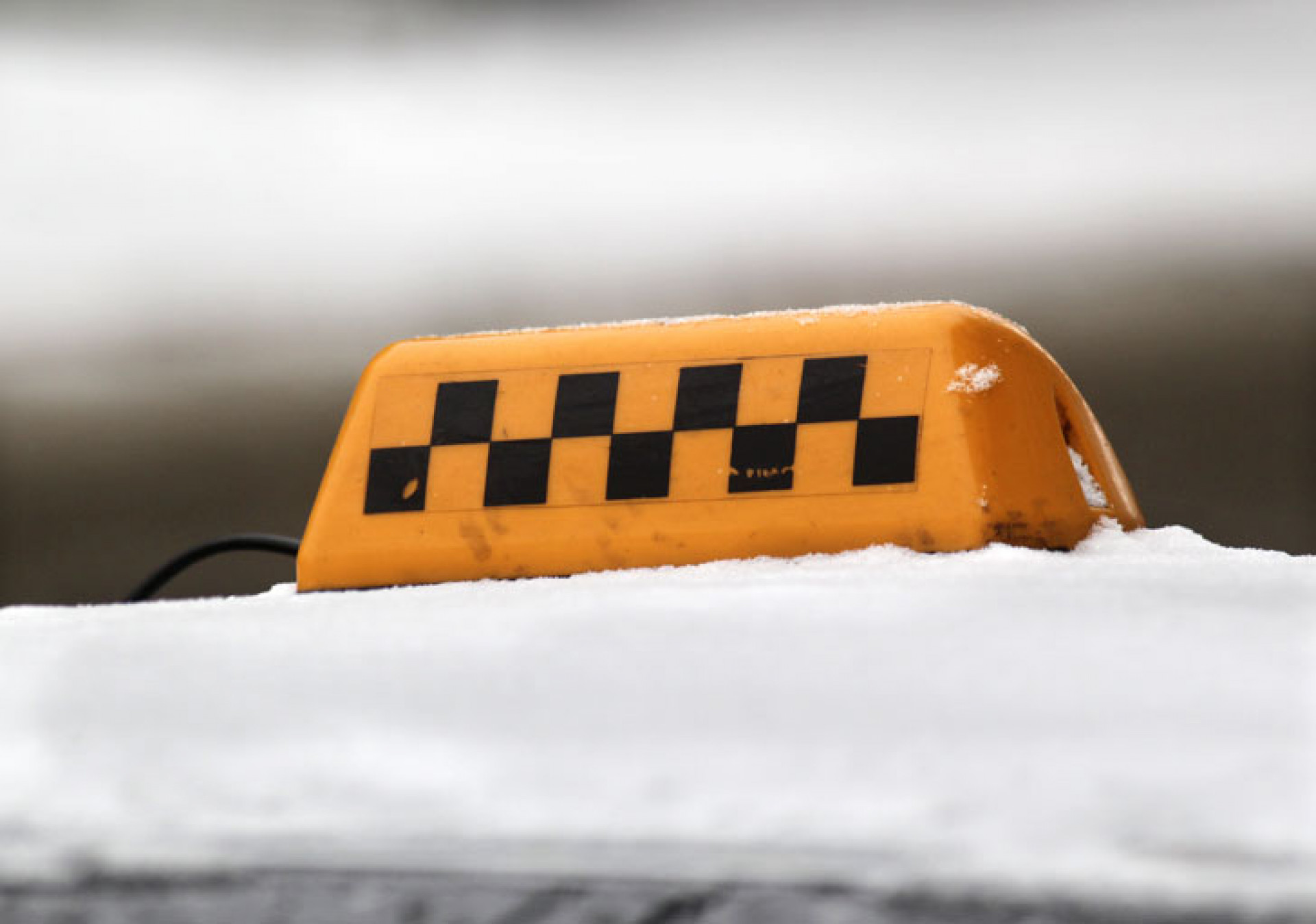 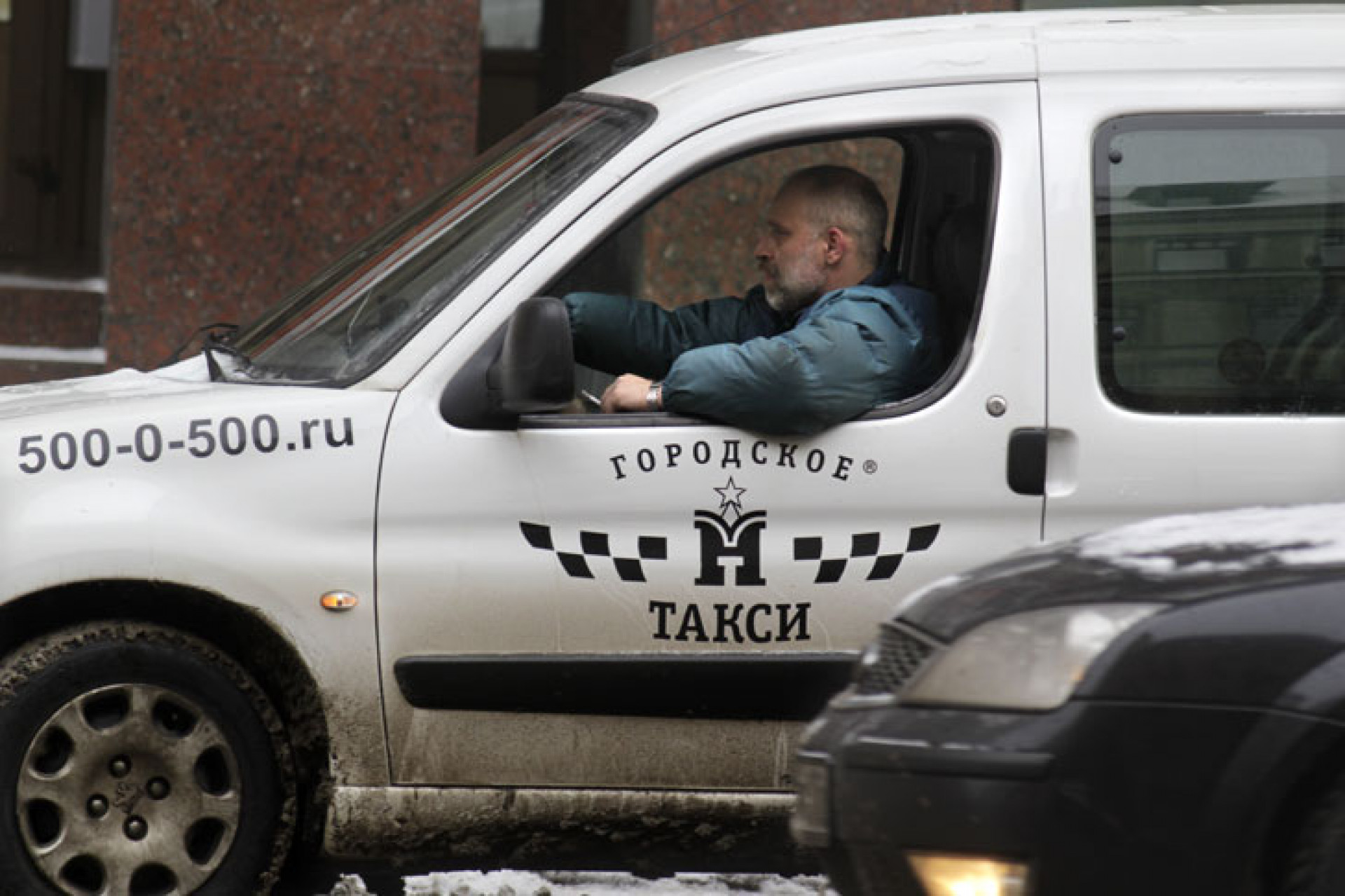 Ivan Belko has driven to the sun and back. He says he’s covered 300 million kilometers, presumably in the battered silver Volga that is the only car in the fleet of his one-man taxi company.

Because has no taxi license, only takes cash and does not declare his earnings, Belko is counted as an illegal — one of about 40,000 gypsy cab drivers the city government estimates are working in the capital.

In contrast, there are only about 6,000 drivers working legally for between 20 and 30 private car companies, and another 3,000 legally registered self-employed drivers, said Mikhail Belkin, head of research at the Scientific Research Institute of Transportation and Road Maintenance.

For Belko, who says he hasn’t always been on the wrong side of the law in his 30 years of cab driving, the choice is obvious. “Legals” these days only work for official firms, with dispatchers taking a percentage of a cabby’s earnings, he grumbled. “What do I need that for? I know this city. None of them do.”

Belko regards himself as a professional. He has a nicely laminated “Taxi For Hire” sign he displays on his dashboard, along with a plethora of lucky charms hanging from the rear view mirror, and screwdrivers jammed into the window frames to keep them in place. But his time on the road could be limited. Moscow Mayor Sergei Sobyanin is readying an arsenal of licenses, quotas and serious fines for an assault against the capital's horde of illegal and informal taxi operators.

This Monday the city’s transportation department and union handed Sobyanin their recommendations for cleaning up the city's anarchic taxi trade. The report, titled “Main Directions of Development of Taxi Services in Moscow,” recommends a new legal framework for regulating the taxi market, a central call center and a system for training taxi workers.

The first move announced by Sobyanin will be to push cartels of illegals out of prime locations, like airports and railway stations. The core strategy is to reintroduce licensing and give legal operators enough advantages to put the informal and the dangerous out of business for good, which will require federal legislation.

Sobyanin's crusade is not the first attempt to separate the wheat from the chaff. In 2008 Mayor Yury Luzhkov's administration passed a law uniting reputable car companies into a single brand and offering tax perks and parking privileges in return for guaranteeing drivers' proficiency in the Russian language, Moscow geography and road safety. But neither the Moscow City Taxi brand, nor the promised parking spaces, ever became a reality.

Gypsy cabs — which the Russians call “bombili,” from the verb ***bombit,*** to make a buck on the side — are both a curse and a blessing of Moscow life. On the plus side, it is immensely convenient to stick out your hand, negotiate a usually competitive price and get a lift to wherever you need to go.

Twenty years ago, as the Soviet Union was breaking up, a packet of Marlboros could get you anywhere from halfway across town to as far as the airport, depending on the nicotine craving of the driver — who might be an off-duty Kremlin driver in his official Volga or an underemployed physicist. Now market rates are in cash rubles and depend on the distance, the expected traffic on the way and the driver’s inclination to head in a given direction.

On the downside, the lift will often be in a beat-up Zhiguli held together with string, driven by an immigrant with a shaky grasp of Russian and basic road safety — let alone any notion of Moscow geography.

“You've got to ask why it's cheap. It’s cheap because the kids driving these things have no idea where they are going, often don't know the rules of the road, and their cars are dangerous,” Blinkin said. “It's wild out there.”

It can also be dangerous. Earlier this week a gang of Uzbek drivers were arrested for the murders of at least four young women.

But Belko categorically rejects both the city's proposals for new regulations and the idea that the drivers employed by official companies are more reliable. Anyone who needs a GPS terminal is either an idiot or an out-of-towner, he reasons. But he shares the popular concern about “bombili.”

“They should get them off the road, especially those who came from the mountains,” he said.

The bazaar in which any driver can stop for a passenger if he feels like it or not stop if he doesn’t puts Moscow “20 years behind the United States and Europe,” Blinkin said.

The capital also lags behind many smaller Russian cities, said Pavel Trifonov, head of development at IBF Motors, which has a fleet of 500 cars providing high-end services to corporate clients. In many midsized Russian cities, taxi firms that take orders by telephone and dispatch via radio have already replaced bombili, and it is almost impossible to get a driver to stop for a stranger.

Blinkin thinks the answer lies in a Western-style system in which drivers will be obliged to demonstrate a basic grasp of Moscow geography and a clean driving license to qualify for a taxi license. They'd be rewarded with exclusive access to airports and railway stations and a heavy-handed crackdown on their illegal rivals.

City Hall failed to respond to inquiries about when the new licensing would come into force.

Many gypsy cab drivers are unimpressed by the latest initiative.

“Where do I go to get a license? Who's going to stop me from going out with my own car and picking up passengers on the street?” asked Alexei, an unemployed economist who estimated that he could make 3,000 rubles ($100) a day when he takes to the streets in his small hatchback with fashionably tinted windows.

The only bombil “from the mountains,” whom a Moscow Times reporter met in the course of a thoroughly unscientific sampling of taxi services, was skeptical about Sobyanin's reforms but welcomed the opportunity to go legit.

“You want to give me a license, an exam? Fine,” said Anatoly, a Tajik who takes to the roads when his regular business as a painter is slow. He reckons his 19 years in Moscow gives him a better idea of geography than 70 percent of drivers out there. For the record, he was driving a neatly maintained Chevrolet, and his Russian was fluent.

The established taxi firms are also leery of any reforms.

“We support the government in wanting to make things more civilized,” said Yanush Pinter of Formula Taxi, a firm that relies largely on corporate clients. “But it's difficult to endorse or support anything until we've seen concrete proposals.”

Arina Bochko — head of sales at the Raiden car rental group, which employs 140 drivers, fields a fleet of some 500 vehicles and has been offering a high-end rental service since 1991 — is more specific.

“There are two options — either it will have a great influence on the market, making all 'gray' operators leave, or nothing will change — and only prices will grow as bribery in the bureaucratic machine develops,” she said.

“It's not going to have any effect on our business,” said Trifonov of IBF Motors. “But personally I don't think it is a question of legislation. It's about the mentality.”

Such companies occupy a different niche than the gypsy taxi’s, Bochko said.

“Our brand is built on infrastructure, resources and reliability,” Pinter said. “If you run your own fleet, have proper technical inspections twice a year and vetted drivers, you're offering a safer, more comfortable service. Customers know what they're getting when they come to us.”

The bombili themselves form a unique but highly diverse niche. As well as a Tajik painter or an unemployed economist, the man behind the wheel could be a retired police colonel or a New Russian’s chauffeur moonlighting with his boss’s car.

The highest powers are still in the game, as one Moscow Time staffer discovered when he caught a 200 ruble ($6.70) ride home on an S-class Mercedes with Kremlin license plates and a blue light. The driver said the identity of his regular passenger was “secret.”