Kazakhstan is still reeling from this month's protests, the largest and deadliest unrest the country has seen since the fall of the Soviet Union.
Many shops across Kazakhstan remain closed after they were damaged during the protests that started in the western oil province of Mangistau on Jan. 2 over a gas price hike but quickly devolved into wider unrest over corruption, economic inequality and public discontent.
In Almaty, Kazakhstan’s largest city, protesters stormed the presidential residence and the mayor's office, leading to both buildings catching fire.
The Moscow Times visited the mayor’s office on the city's central square two weeks after it was burned down and saw local construction workers desperately trying to salvage the remains of the once-imposing structure. 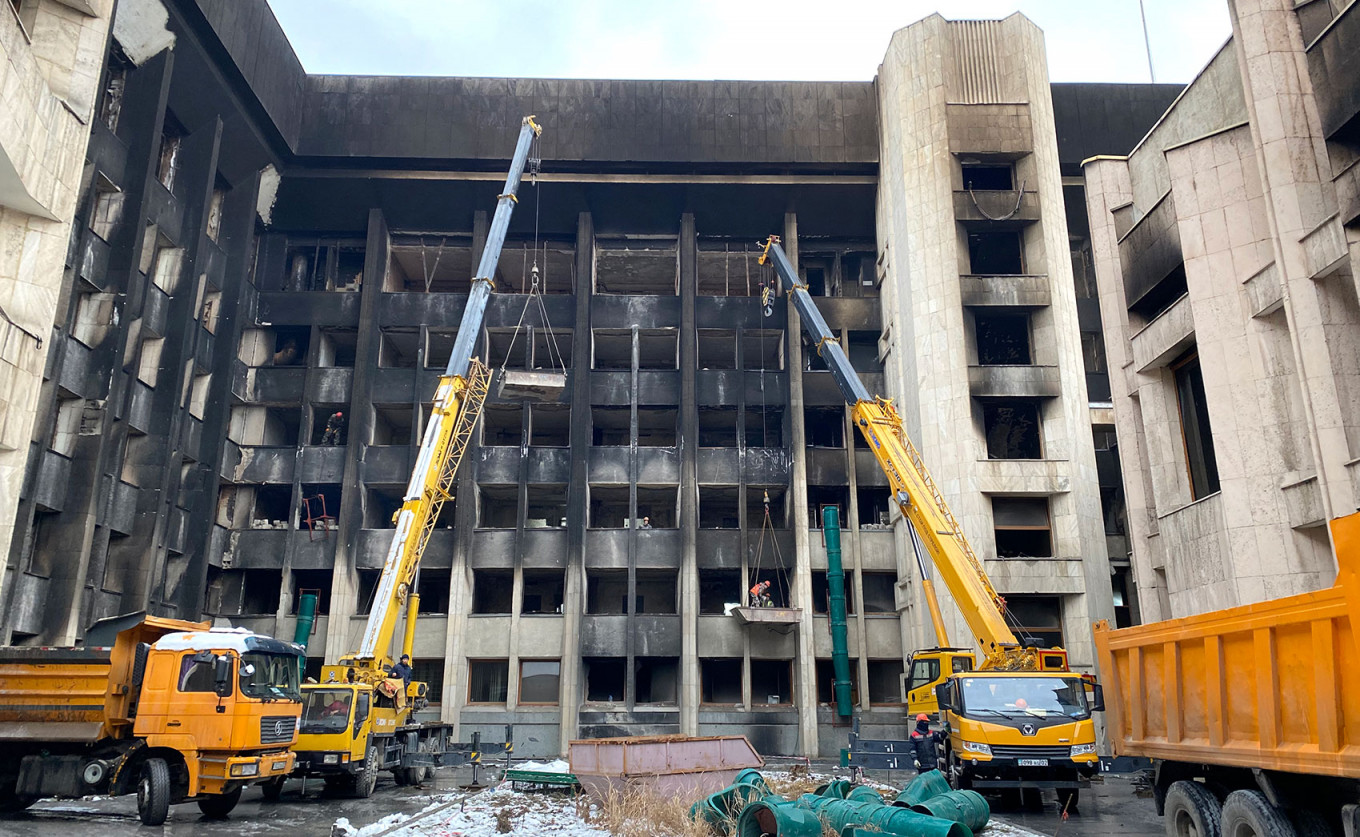 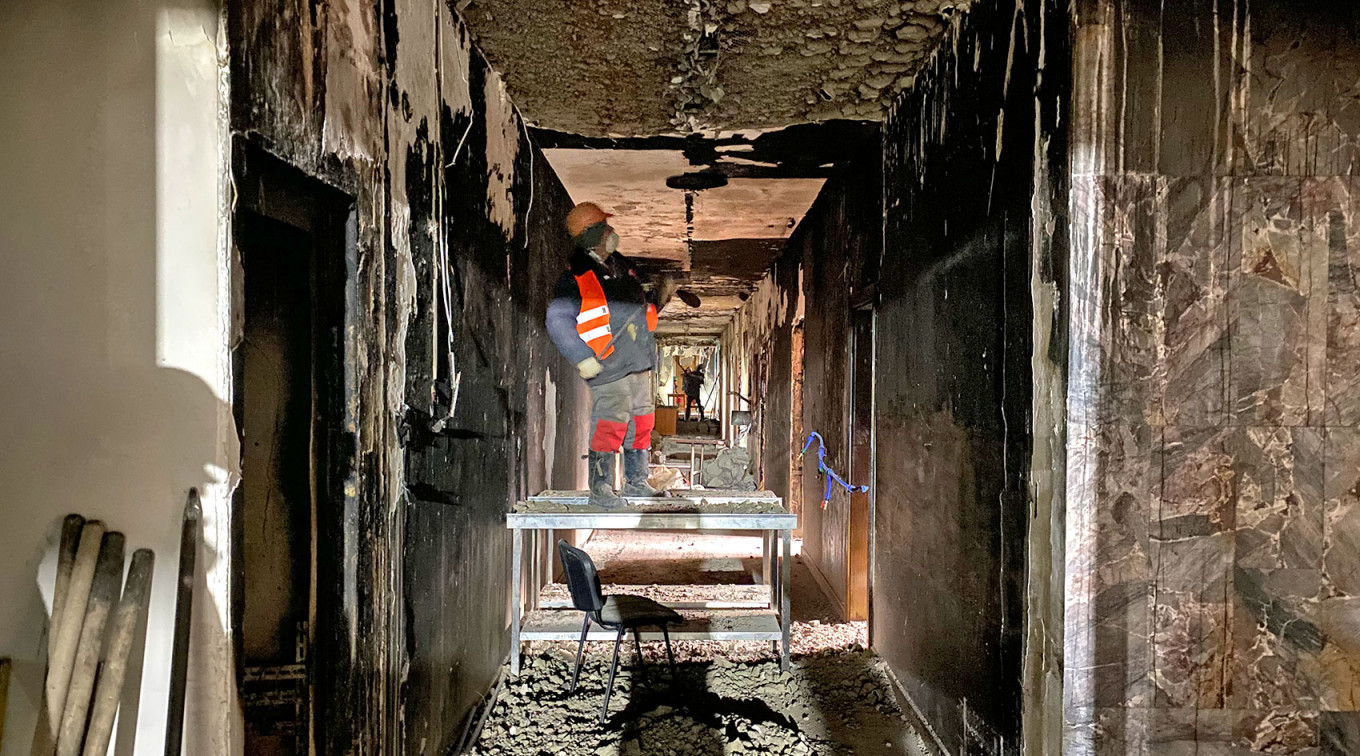 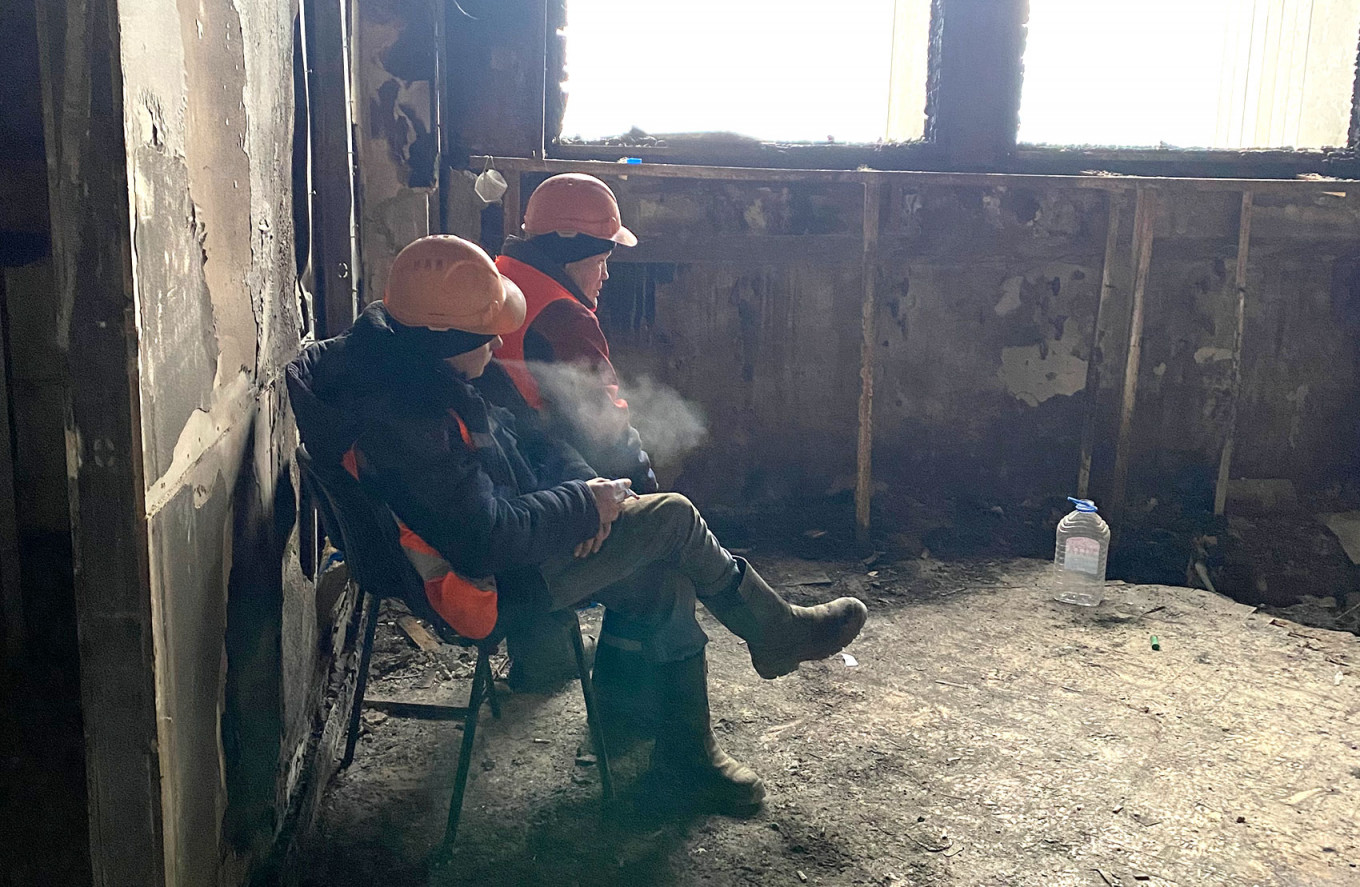 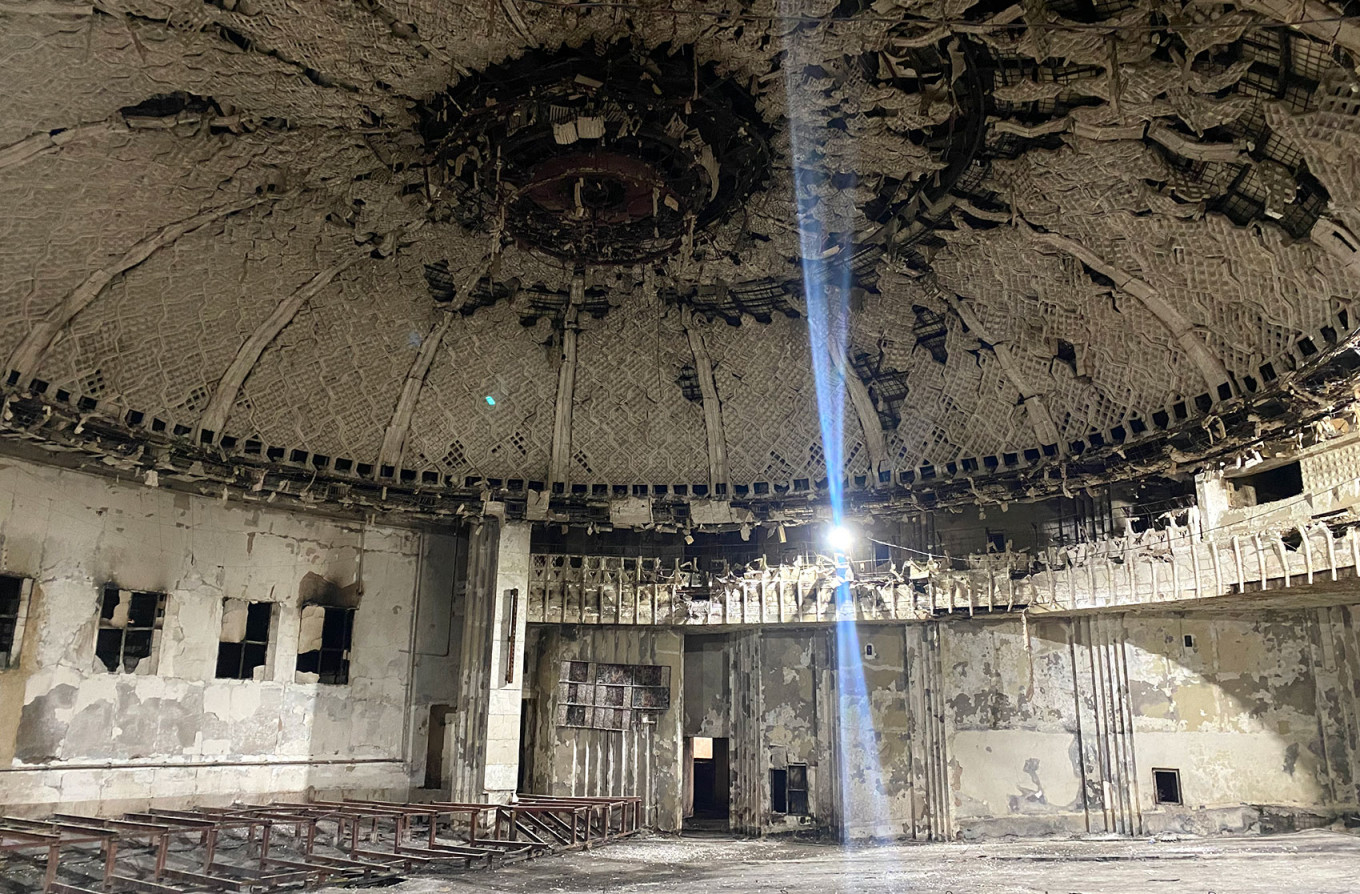 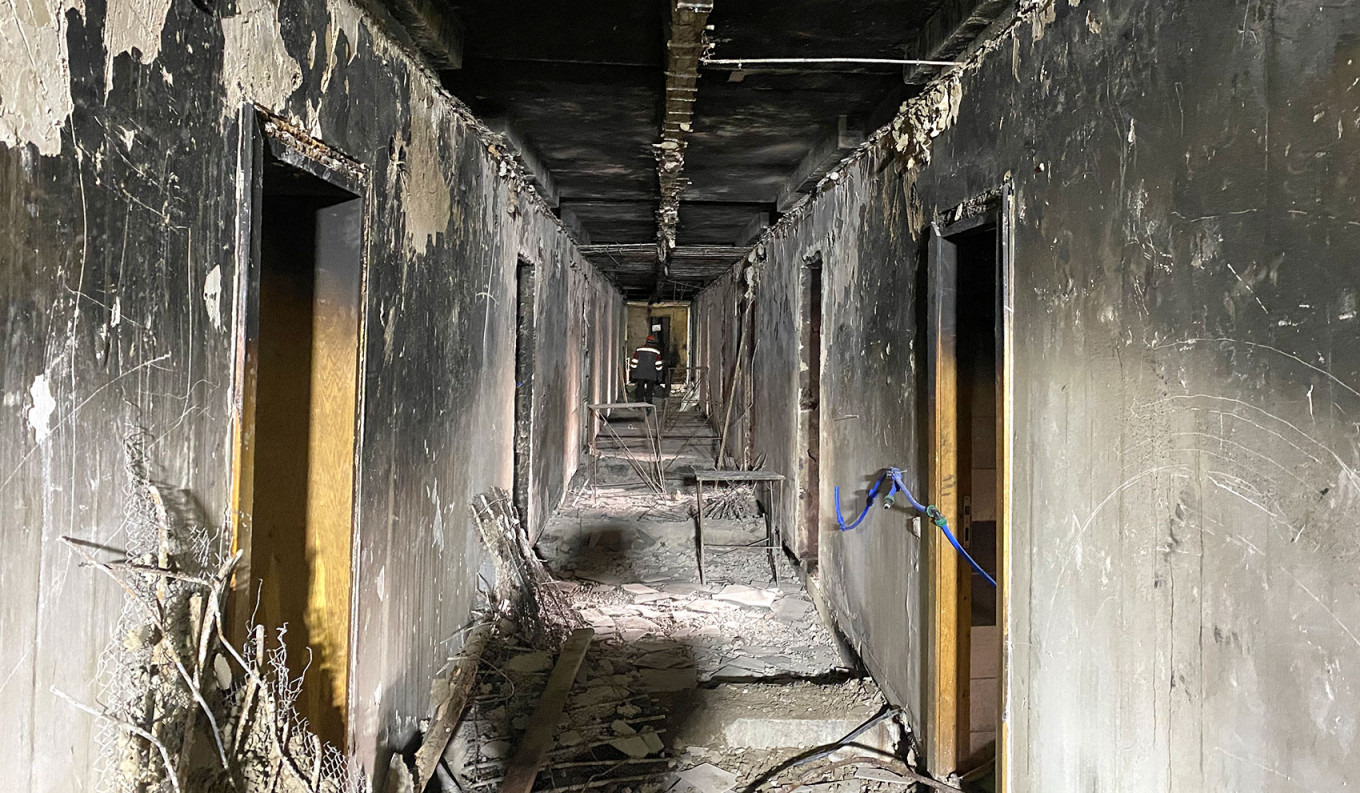 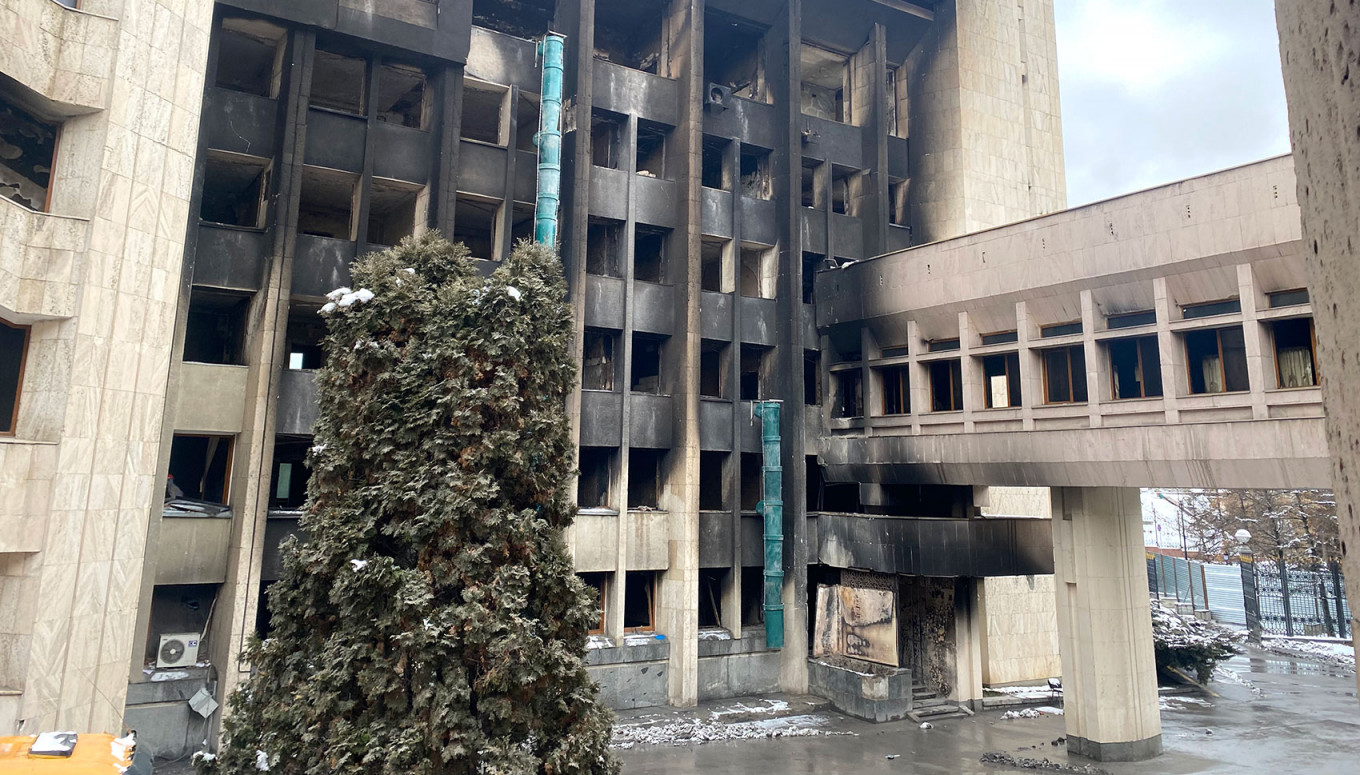 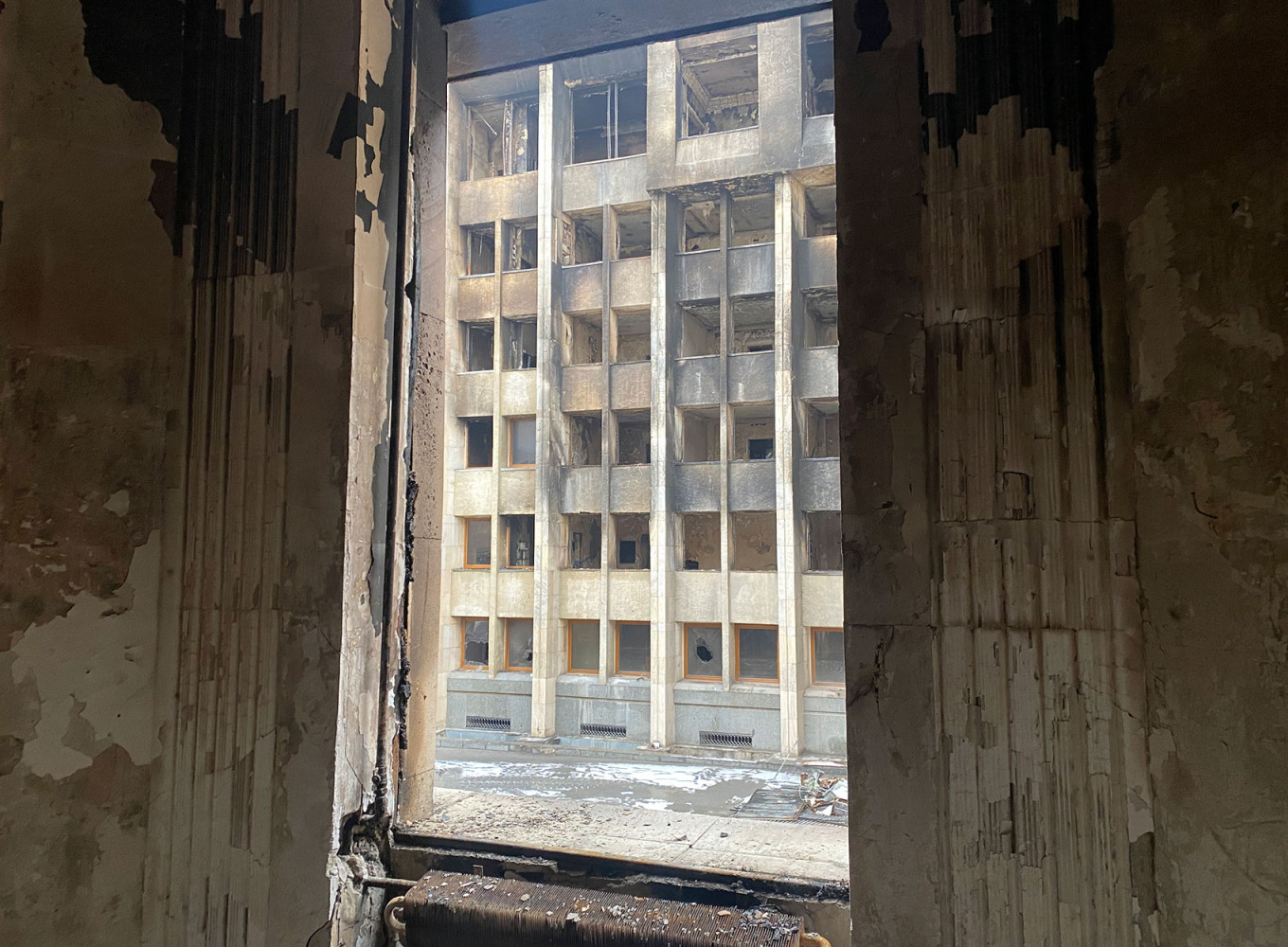 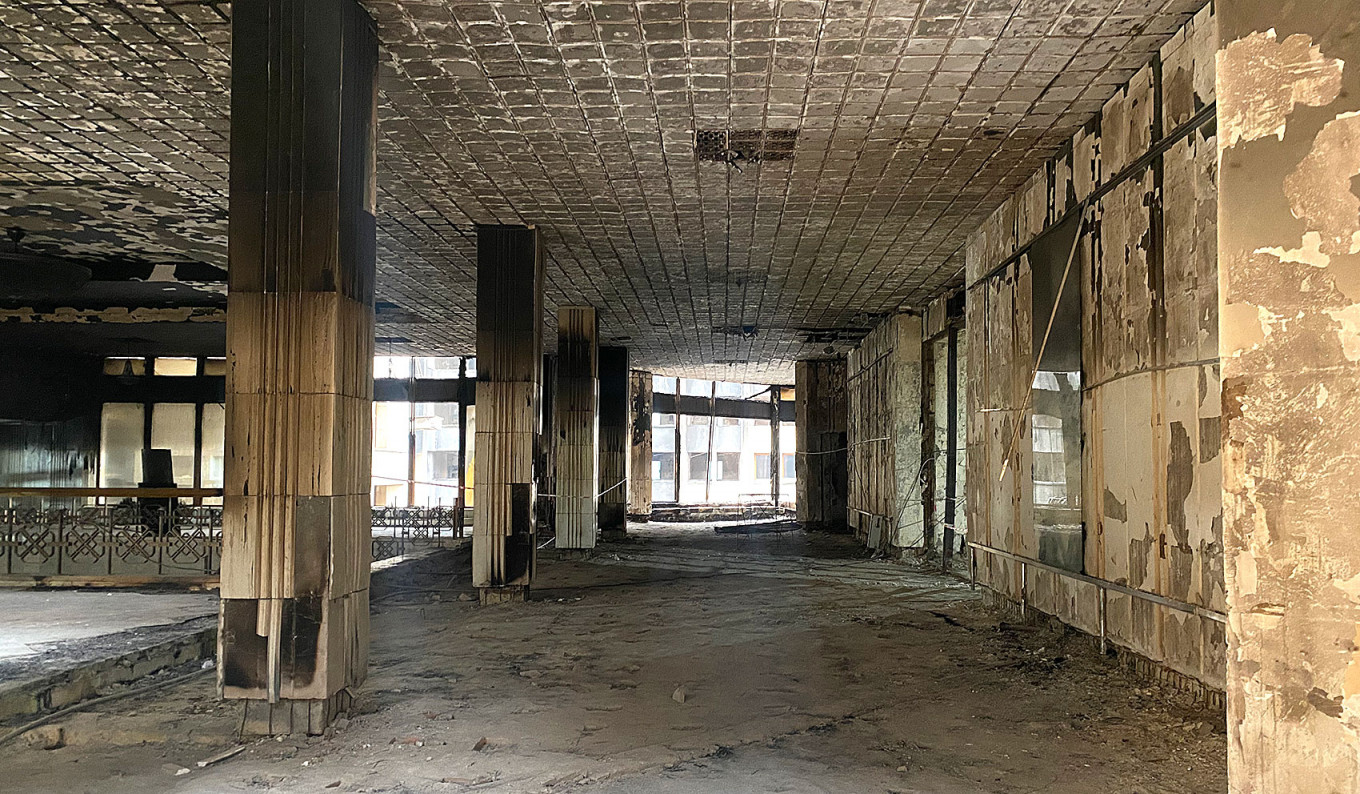 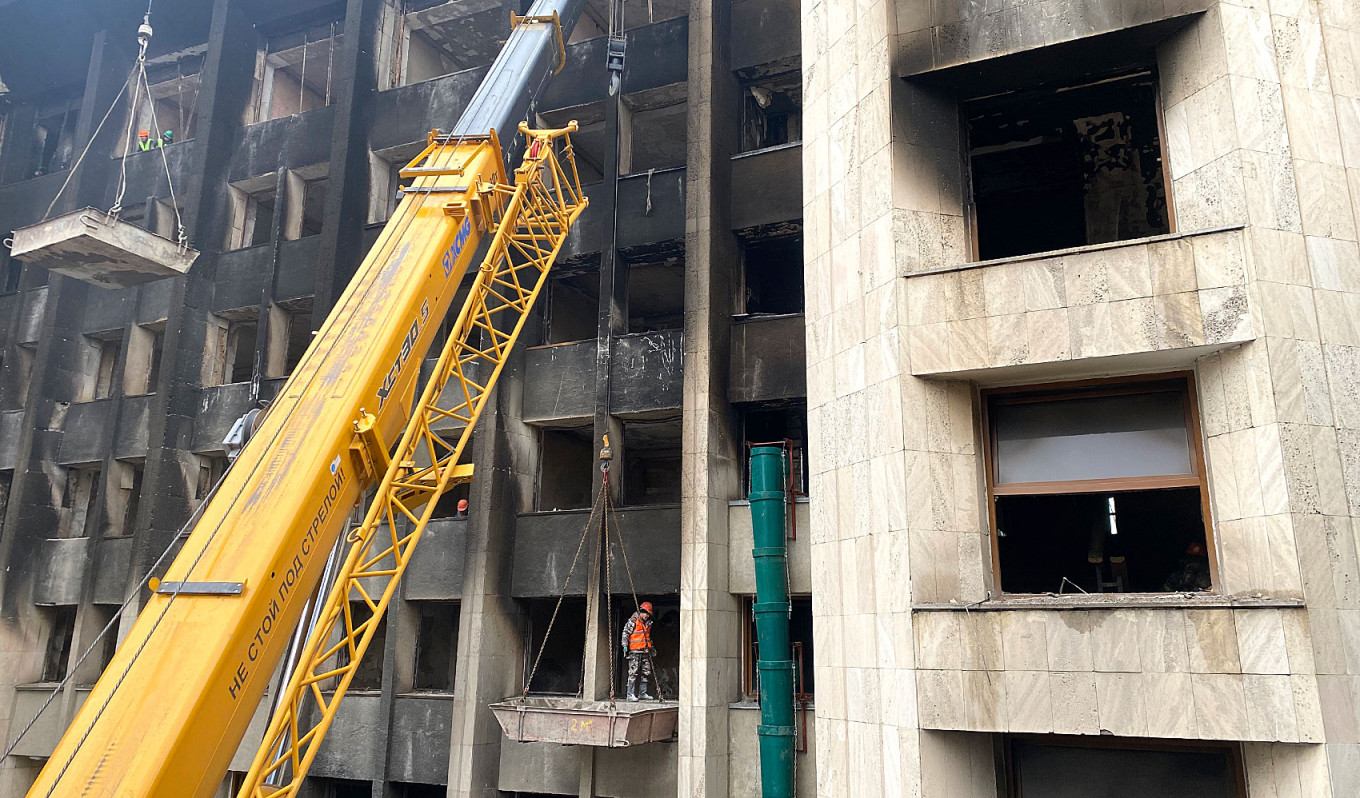 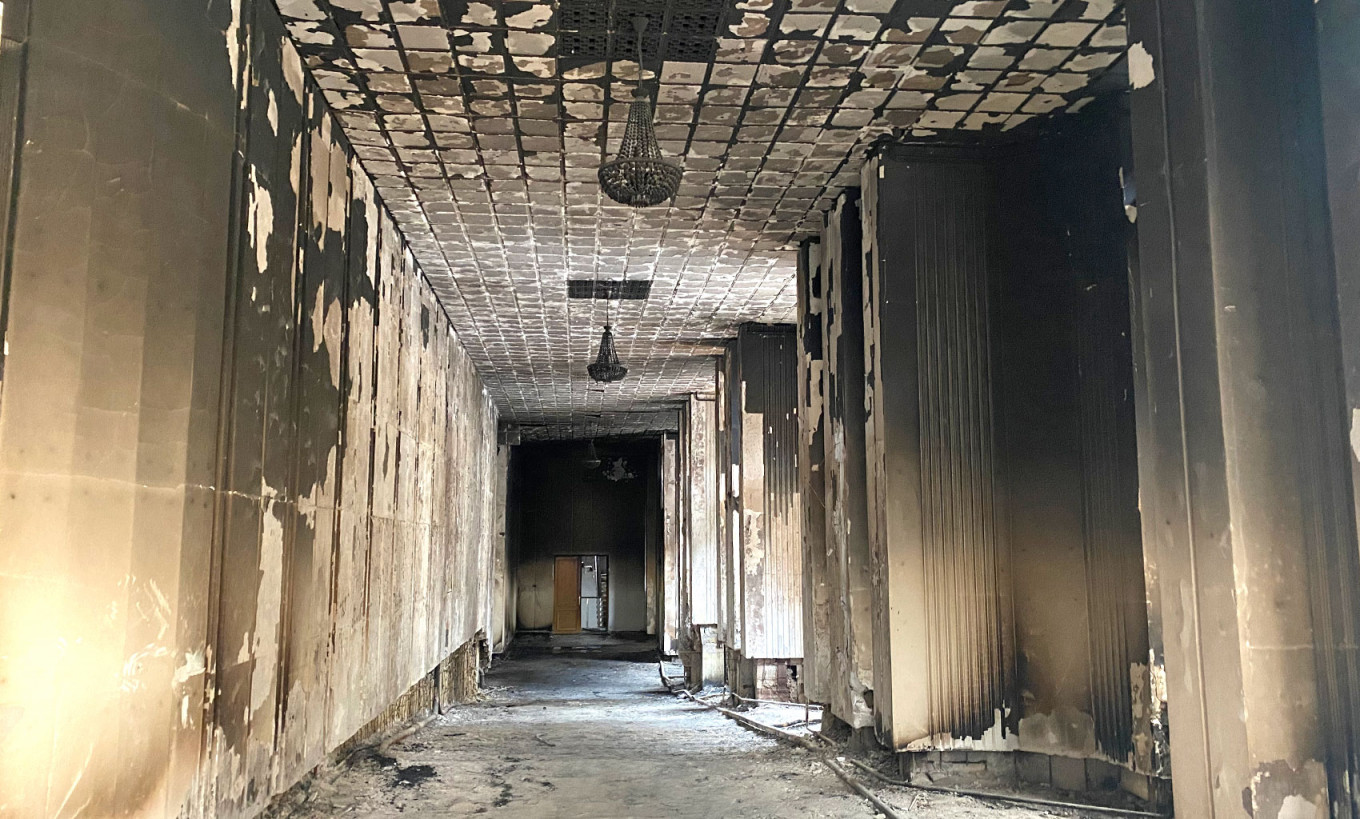 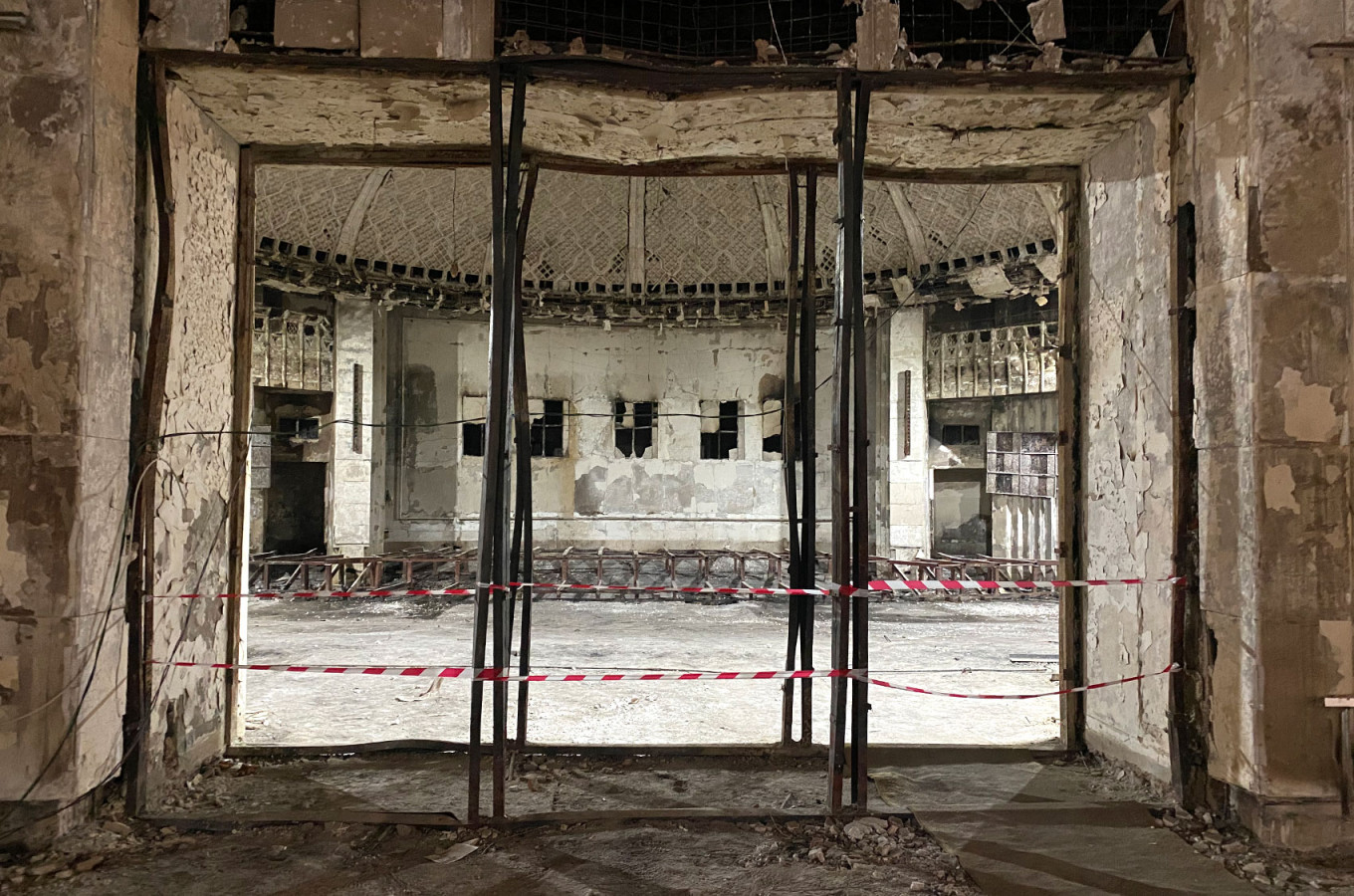 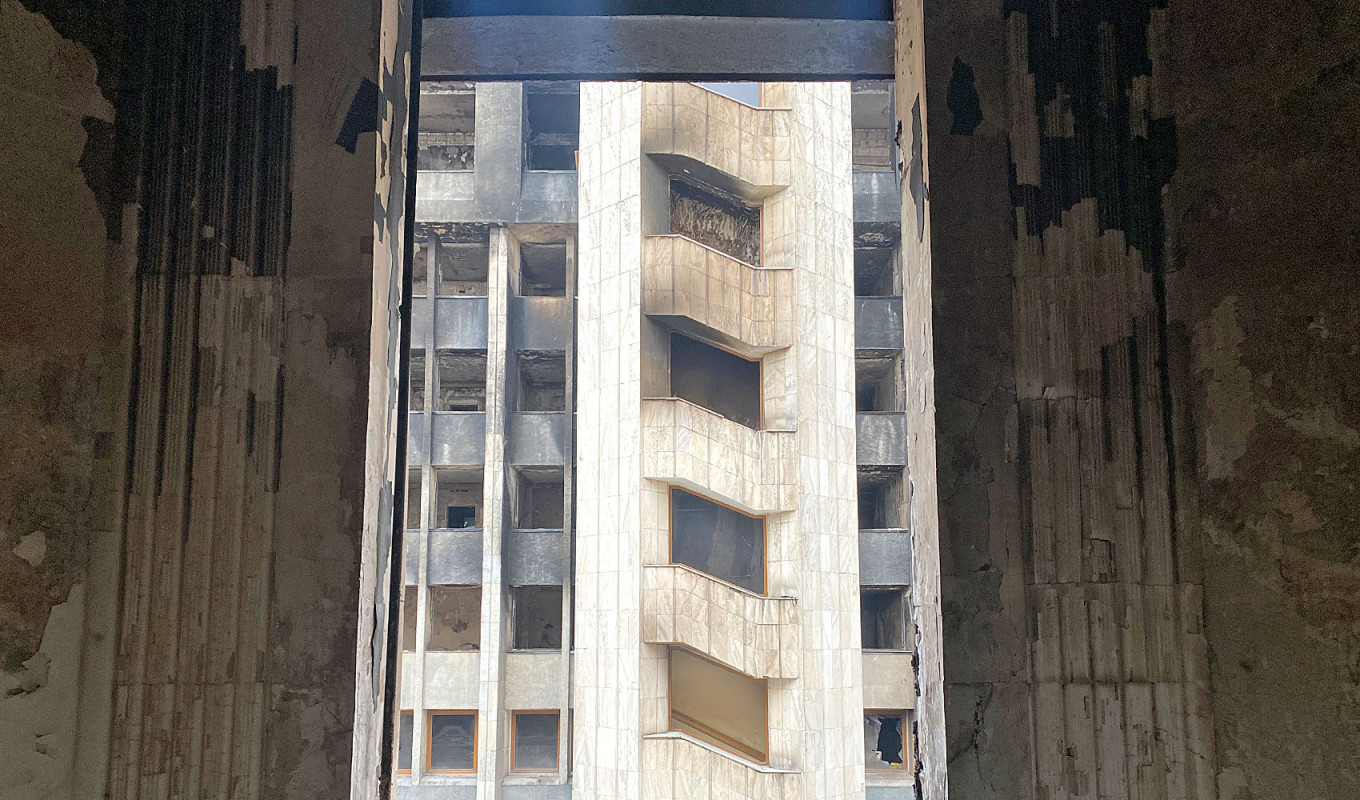 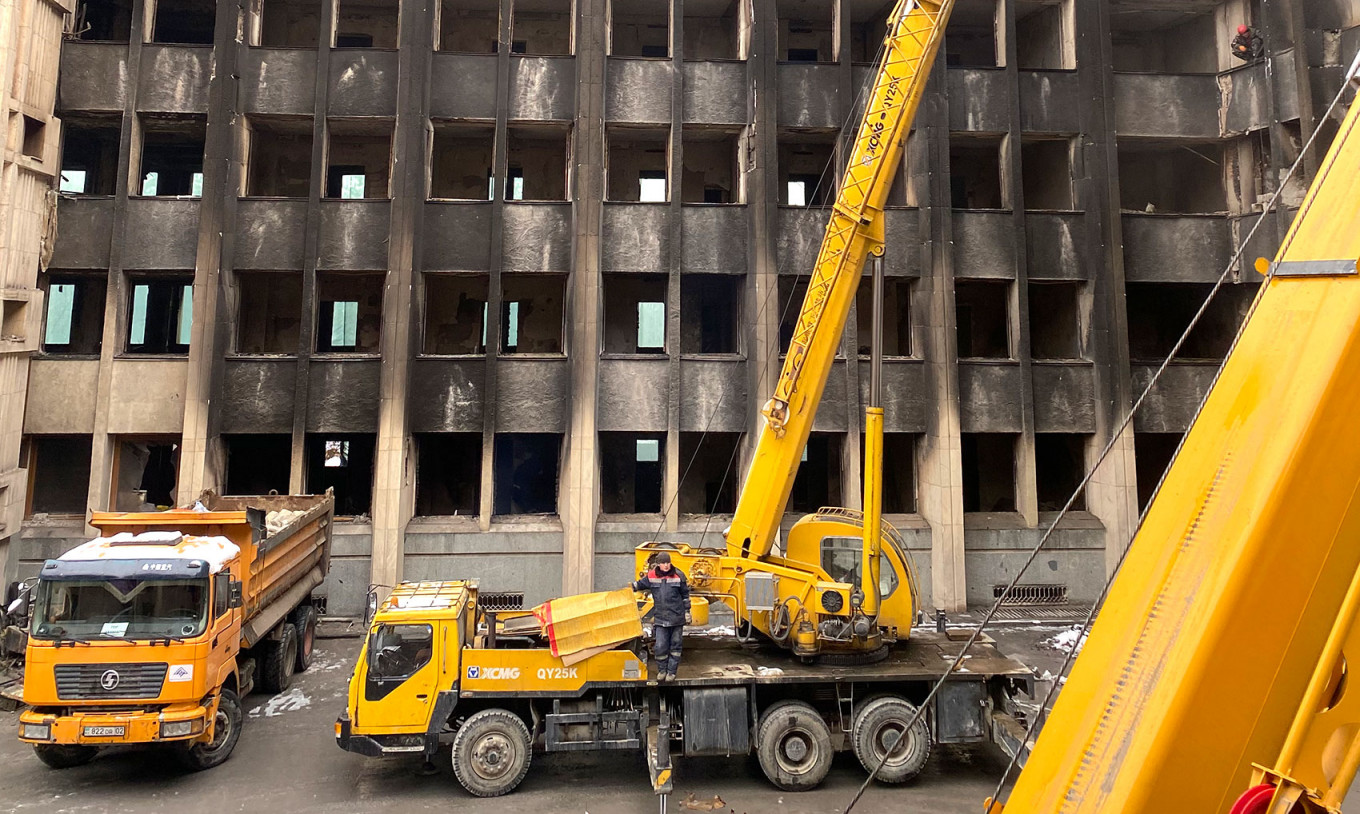