Belarus and Poland have been locked in a war of words as a migrant crisis on their shared border has escalated in the past week.

Warsaw and the European Union accuse Belarusian President Alexander Lukashenko of orchestrating the transport of thousands of migrants, mainly from the Middle East, to the Polish border in retaliation for the bloc's sanctions. The West imposed sanctions on Belarus following Lukashenko's crackdown on the opposition movement that rose up in the wake of last year's disputed presidential election.

In turn, Minsk has pointed a finger back, accusing Warsaw of violating international norms by blocking the migrants and violently beating them back and threatening to cut off the EU's gas supply if new sanctions are passed.

Trapped in the middle are thousands of migrants and refugees fleeing war and poverty in their home countries in hopes of applying for asylum in the EU.

Stuck in a camp at the border, they face freezing winter temperatures with little more than tents for shelter — prompting growing calls from the international community to address their plight.

Here are more scenes from the border amid the tense standoff: 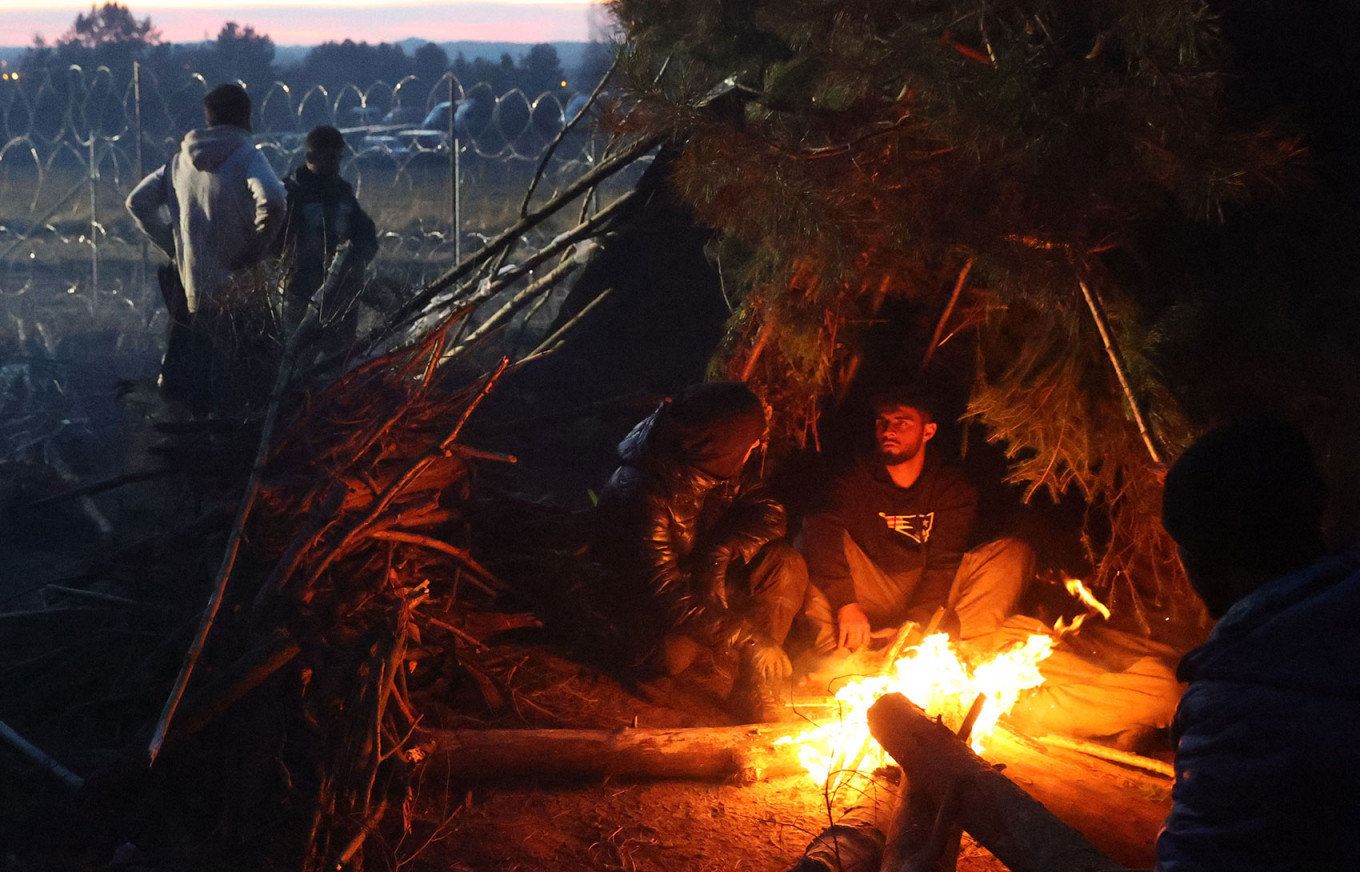 Migrants warming themselves by a bonfire in a camp on the Belarusian-Polish border.
Ramil Nasibulin / Belta / AFP 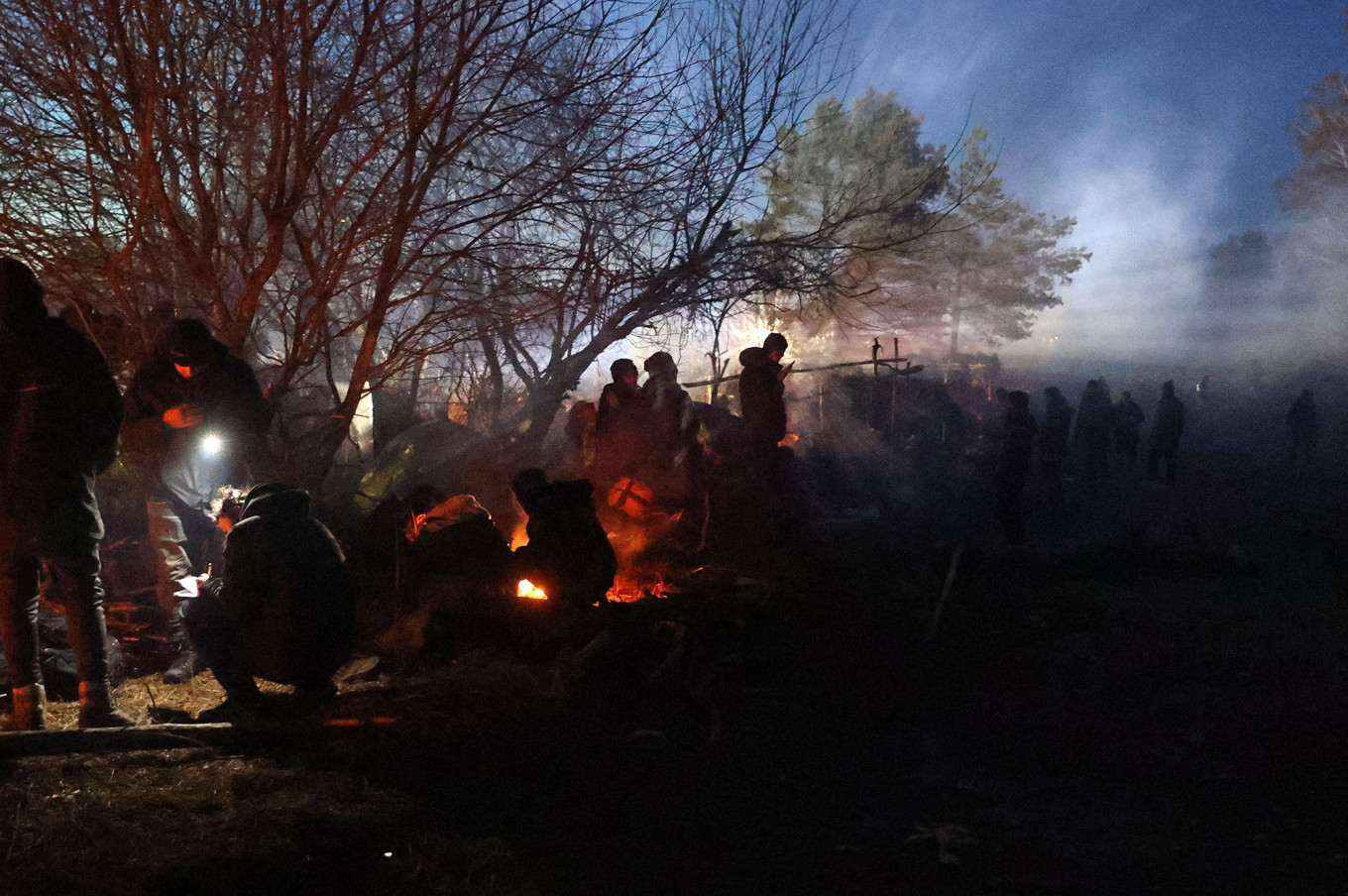 The presence of troops from both sides has raised fears of a confrontation.
Ramil Nasibulin / Belta / AFP 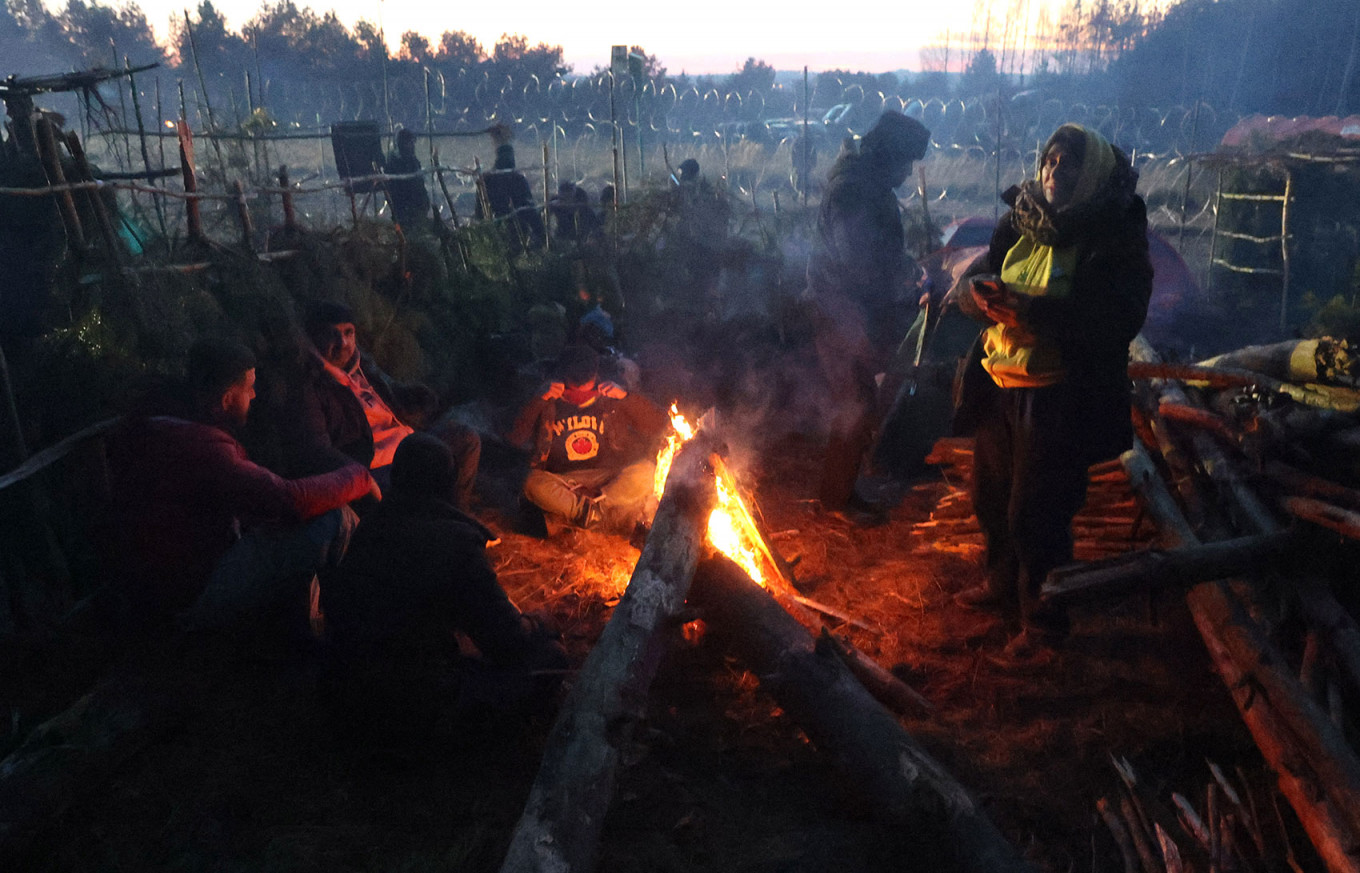 Migrants have been sheltering in tents and burning wood from local forests to keep warm, blocked by Polish guards behind razor-wire.
Ramil Nasibulin / Belta / AFP 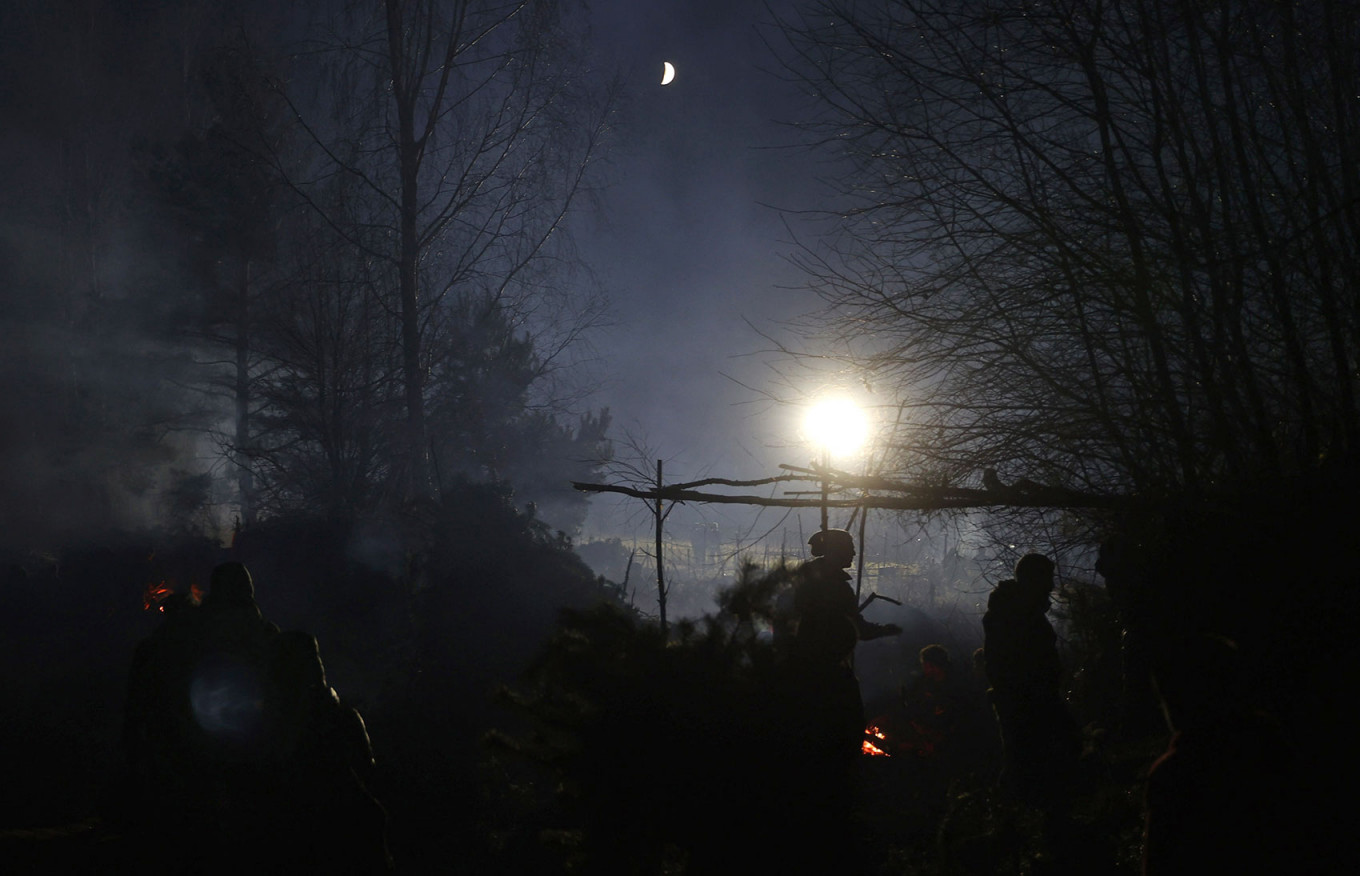 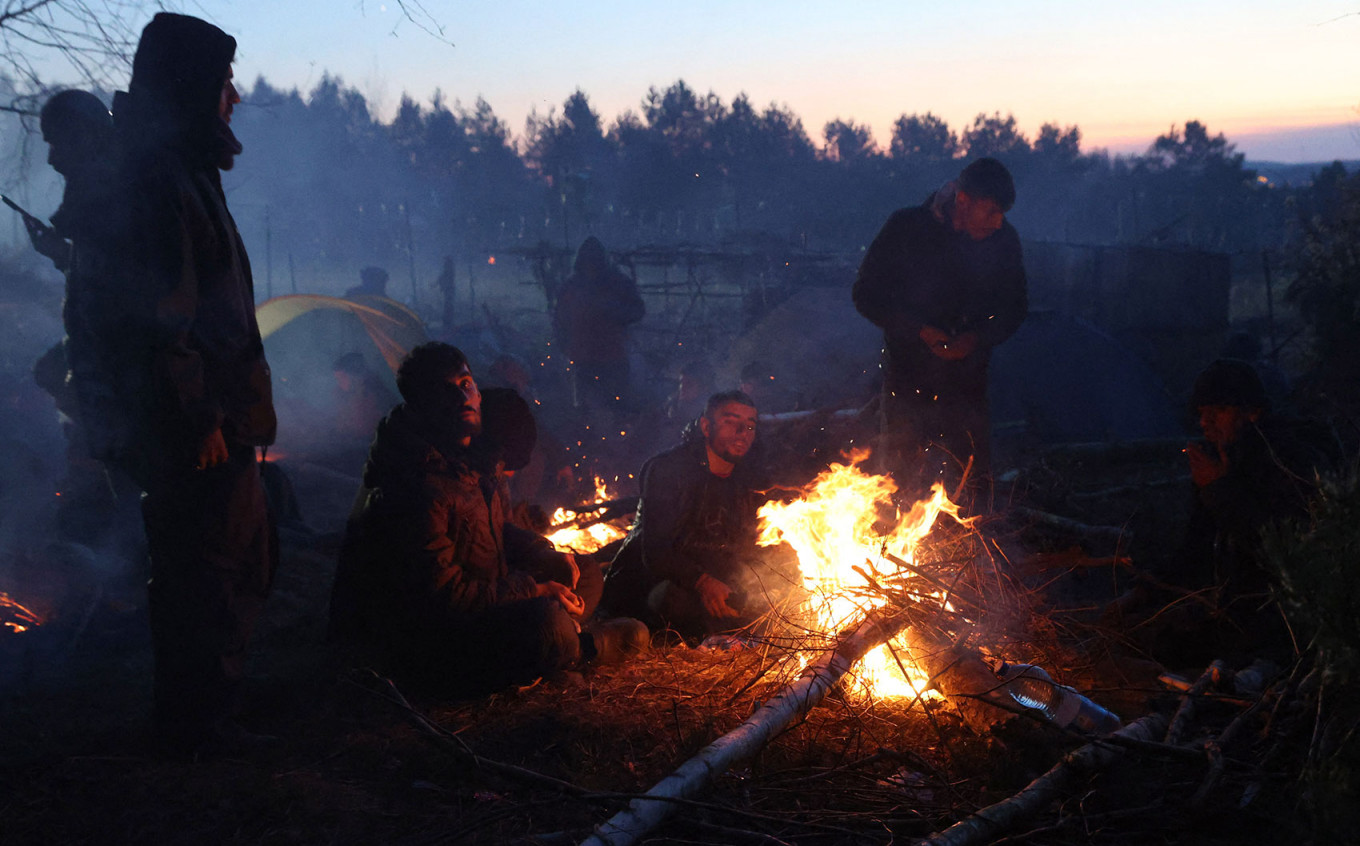 The EU has called for humanitarian workers to be given "immediate and unhindered" access to those needing aid.
Ramil Nasibulin / Belta / AFP
Read more about: Migration , Belarus , Poland