Support The Moscow Times!
Contribute today
My account Signout
Support The Moscow Times!
Contribute today
The Terminal and Park were opened in 1937 and never repaired or reconstructed until 2017, when the city took over the site and began work.
Kirill Zykov / Moskva News Agency
Sep. 11, 2020 - 11:22
The North River Terminal in Moscow was begun in 1933 and opened in 1937. Designed by architects Alexei Rukhlyadev and Valdimr Krinsky, the terminal was on a waterway leading to the Moscow-Volga Canal. It was the 12th river terminal to appear in the city but by far the most impressive, with an enormous terminal building stretching 150 meters along the waterfront set in a large park, with sculptures and decorations made of majolica and stained glass.

With the Moscow-Volga and Volga-Don canals, Moscow became, in the words of Josef Stalin, “a city of five seas.” By canals and rivers, Moscow was now connected to the White, Baltic, Black, Azov and Caspian Seas.

After decades of neglect, the park and terminal were closed in 2009. In 2017 it was transferred to the city of Moscow, which began a complete reconstruction of the park, terminal, and port.

Here you can embark on day tours around Moscow and the countryside or a cruise ship to distant ports. Or you can just enjoy an afternoon on the riverbank and a meal at the historic Volga-Volga restaurant. 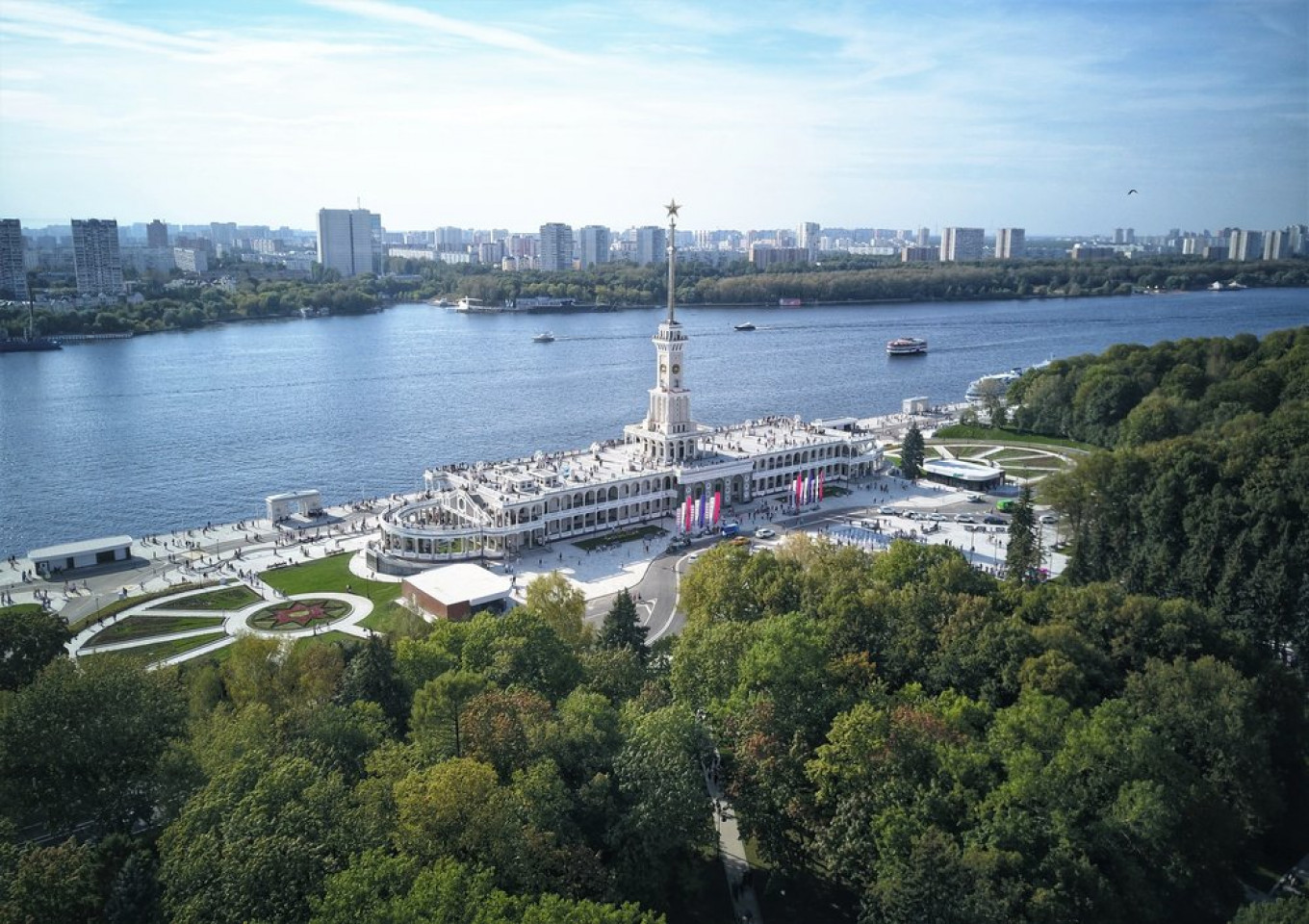 More than 20,000 people visited the park and terminal when it opened on Sept. 5.
Moskva News Agency 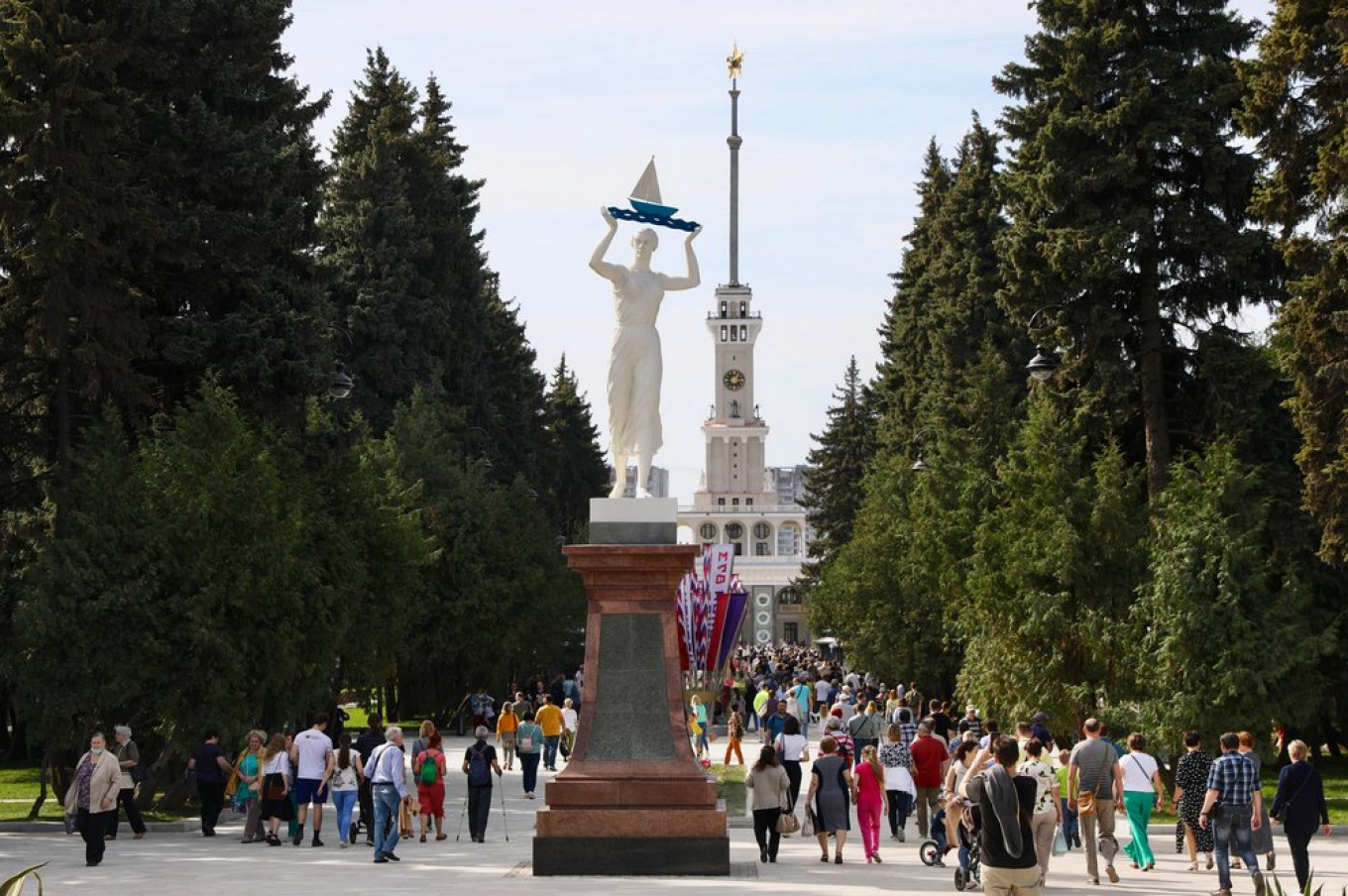 The park was reconstructed and replanted for the opening in 2020. Landscapers kept it close to the original design.
Kirill Zykov / Moskva News Agency 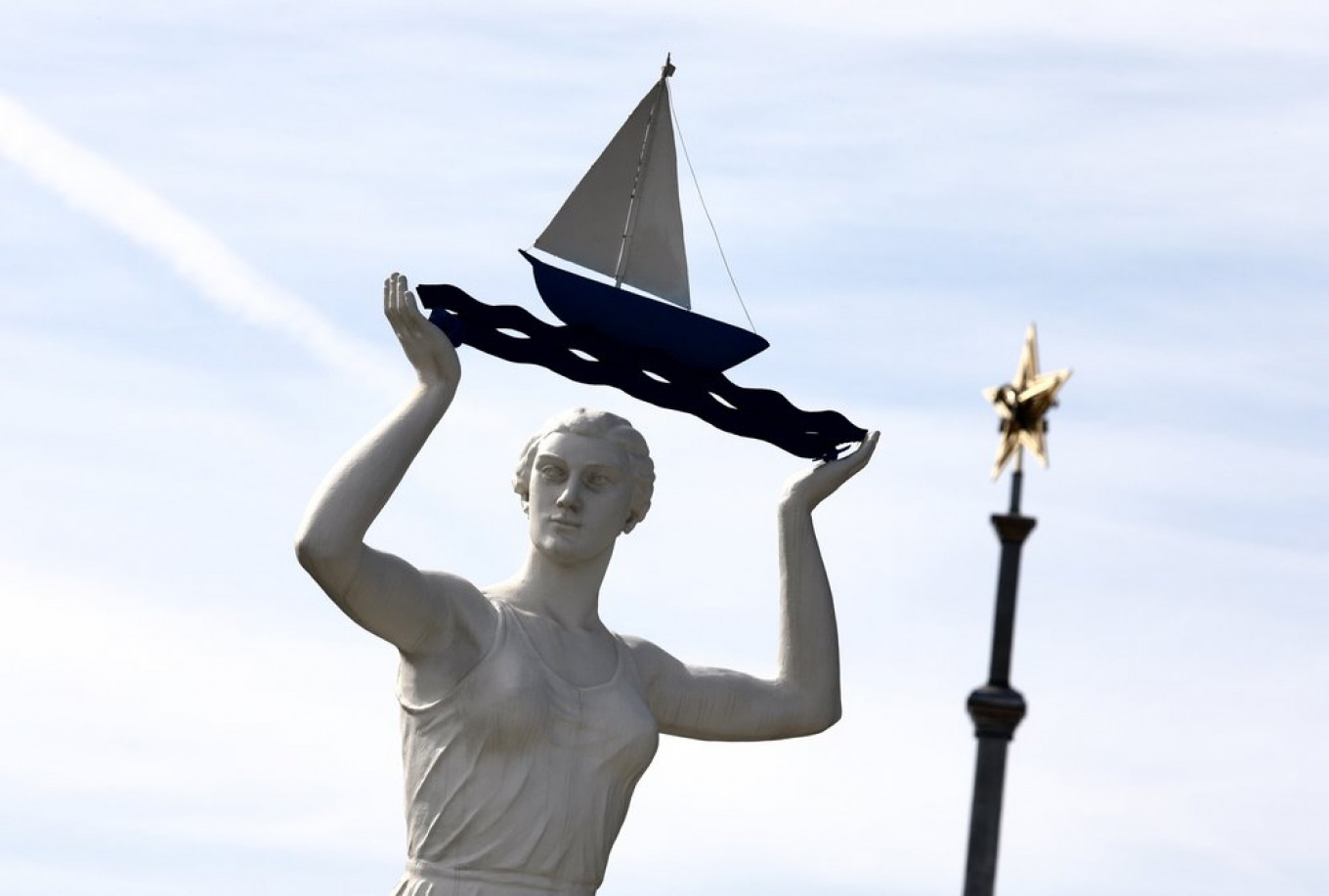 This is a reconstruction of a sculpture done in 1937 that stood by one of the docks.
Kirill Zykov / Moskva News Agency 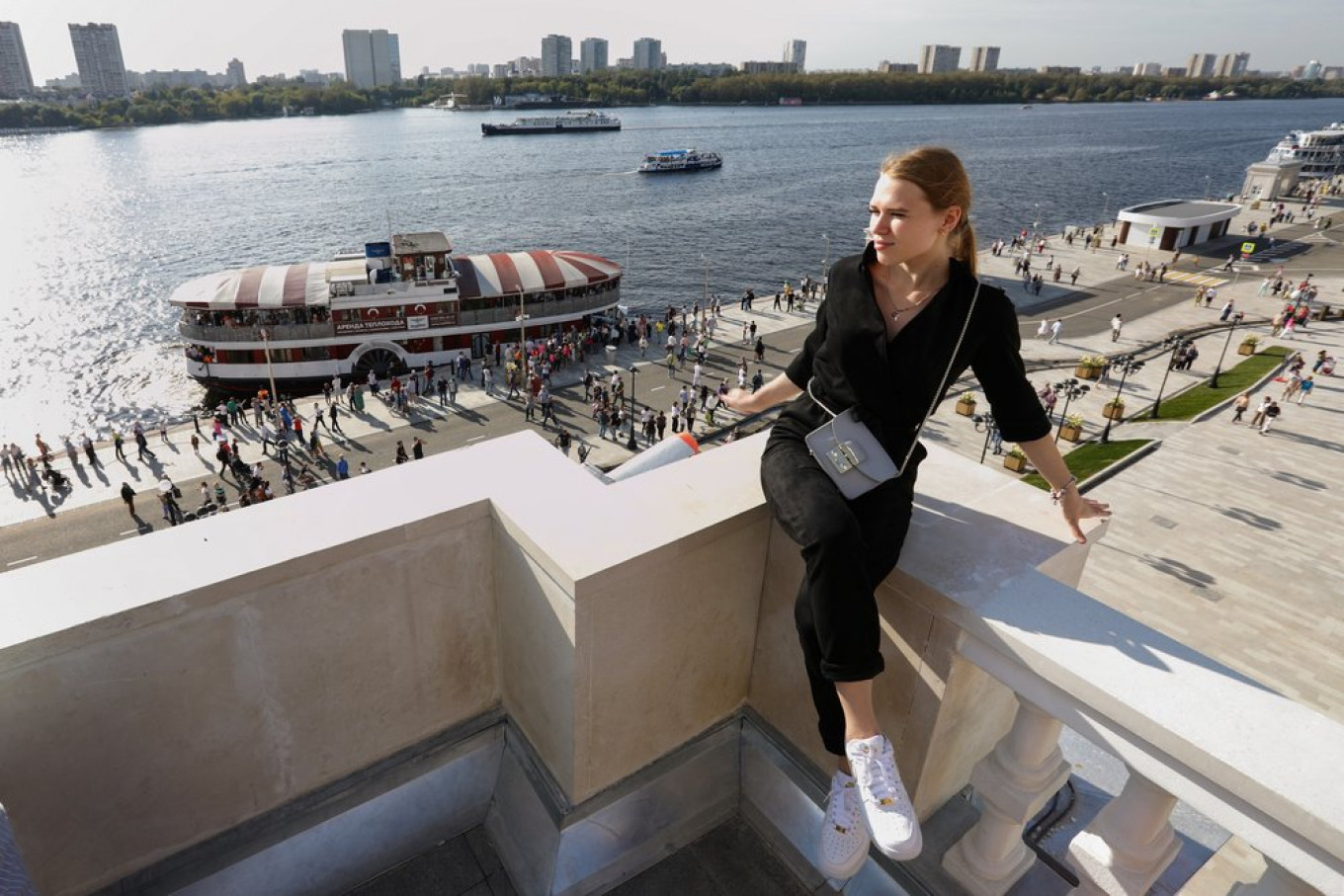 The North River Terminal is actually not on a river at all. It looks over the Khimki Reservoir and is part of the Moscow-Volga canal system.
Kirill Zykov / Moskva News Agency 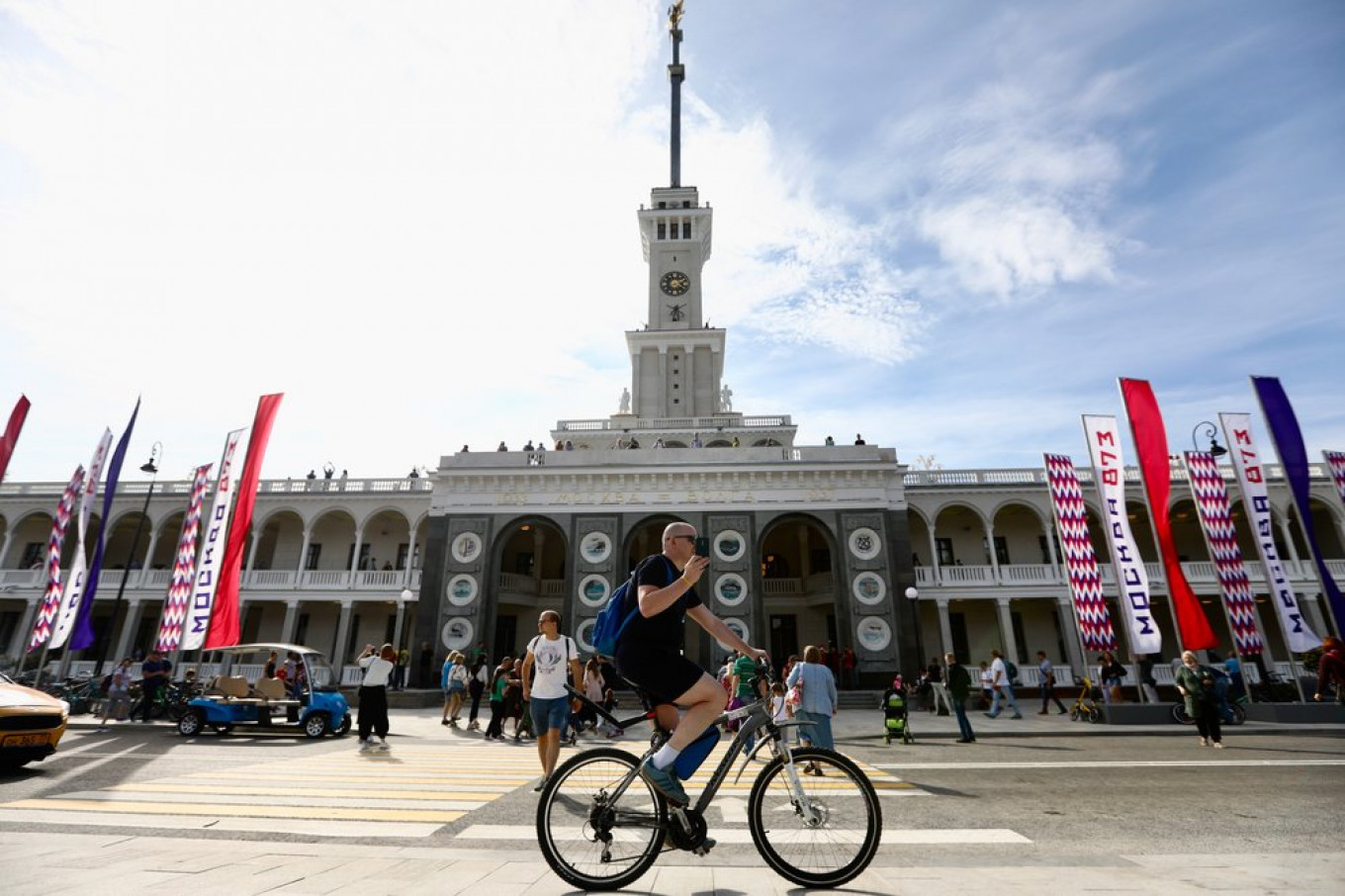 The spire rises up 75 meters and is topped by a star wrapped in a hammer and sickle and decorated with more than 700 semi-precious stones. While rumored to be one of the Kremlin stars, this star was, in fact, made at the Molotov Factory in 1935.
Kirill Zykov / Moskva News Agency 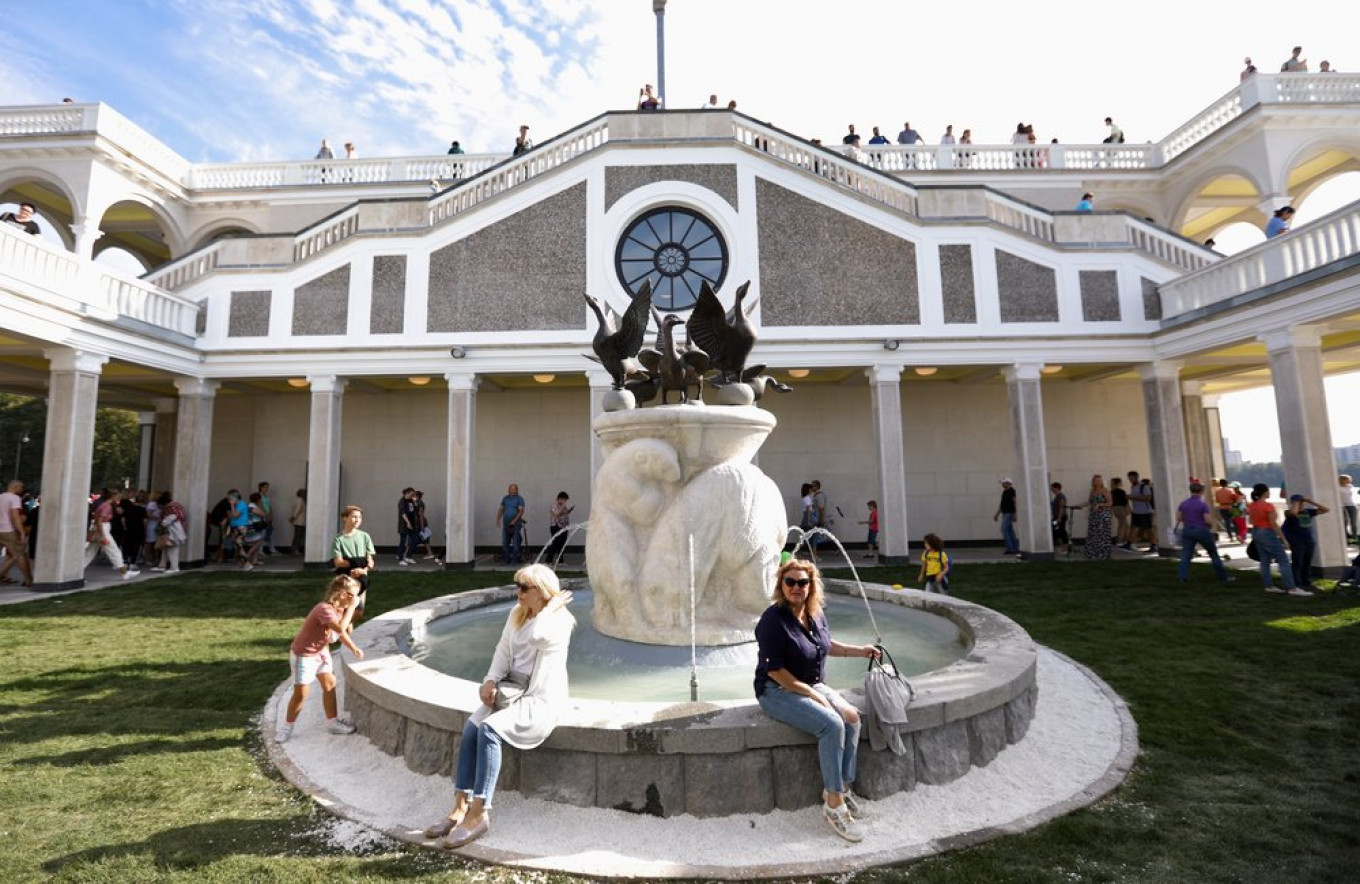 One of two fountains made of marble, the northern or "polar" fountain depicts loons and wild geese.
Kirill Zykov / Moskva News Agency 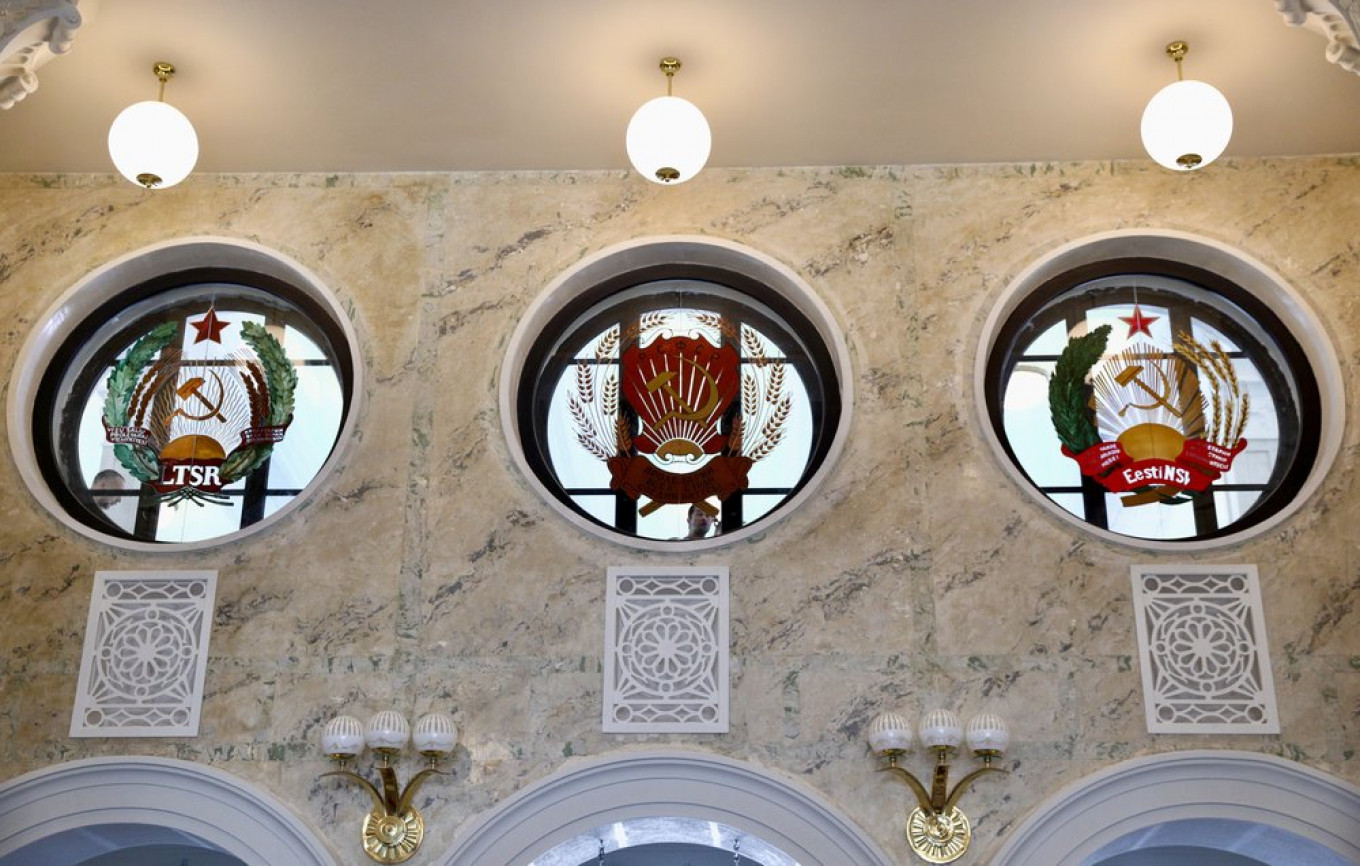 When the River Terminal opened in 1937, it was the last word in passenger comfort and convenience. It had restaurants, waiting rooms, a doctor's office, library, post office, shower room, mother-and-child room, and other services.
Kirill Zykov / Moskva News Agency 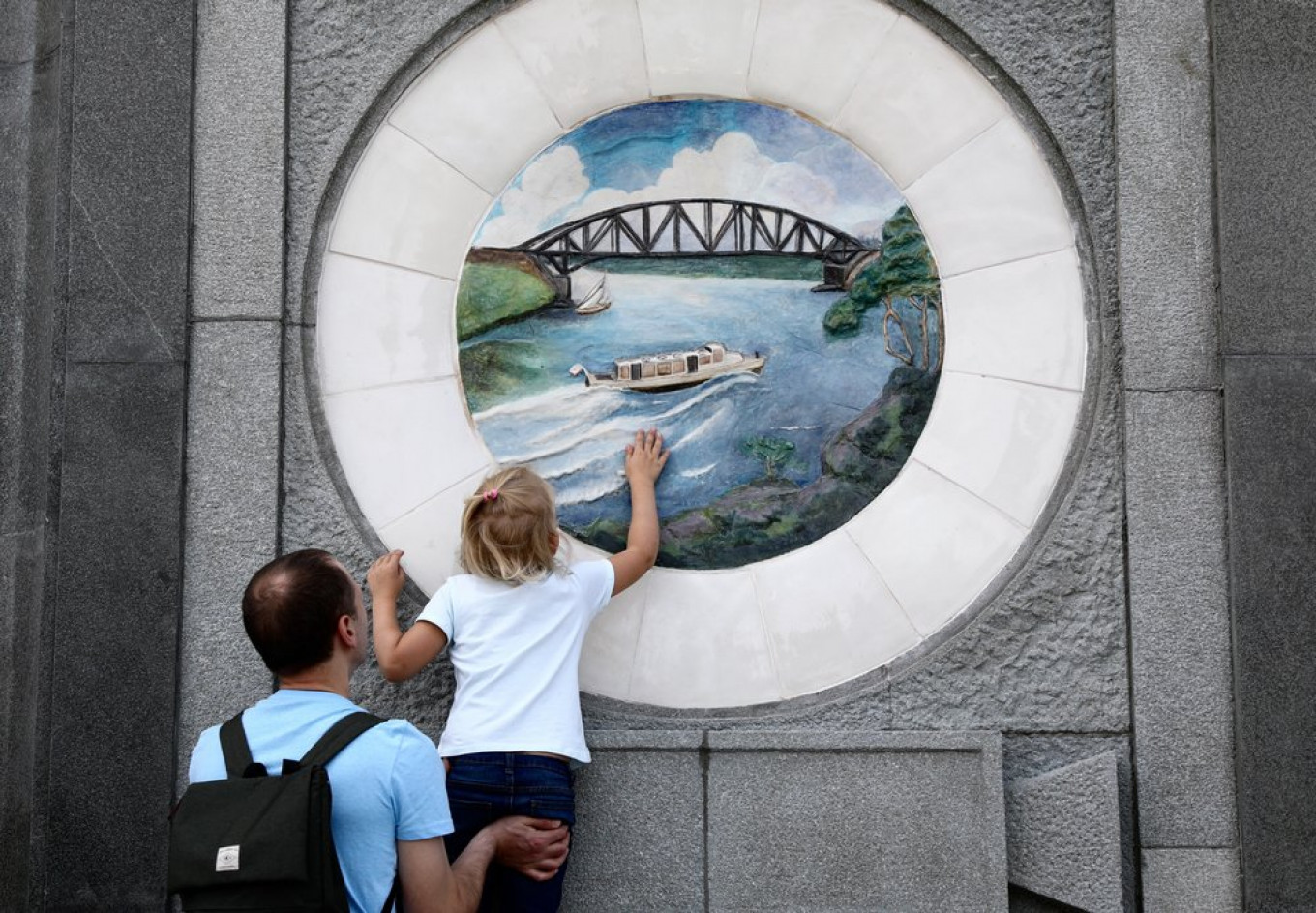 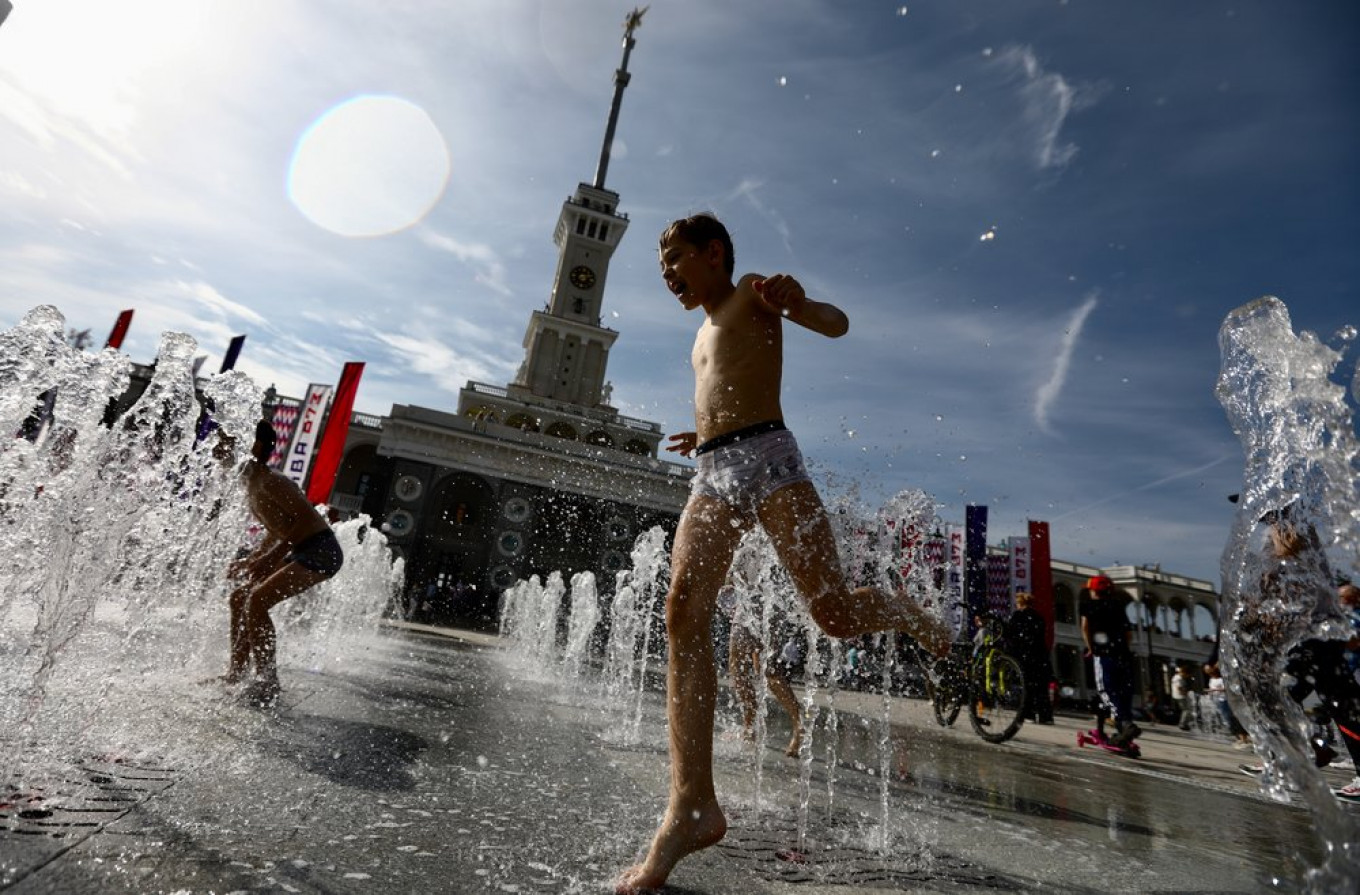 The entire riverbank area has been redesigned to meet the needs of today's tourists, large and small.
Kirill Zykov / Moskva News Agency 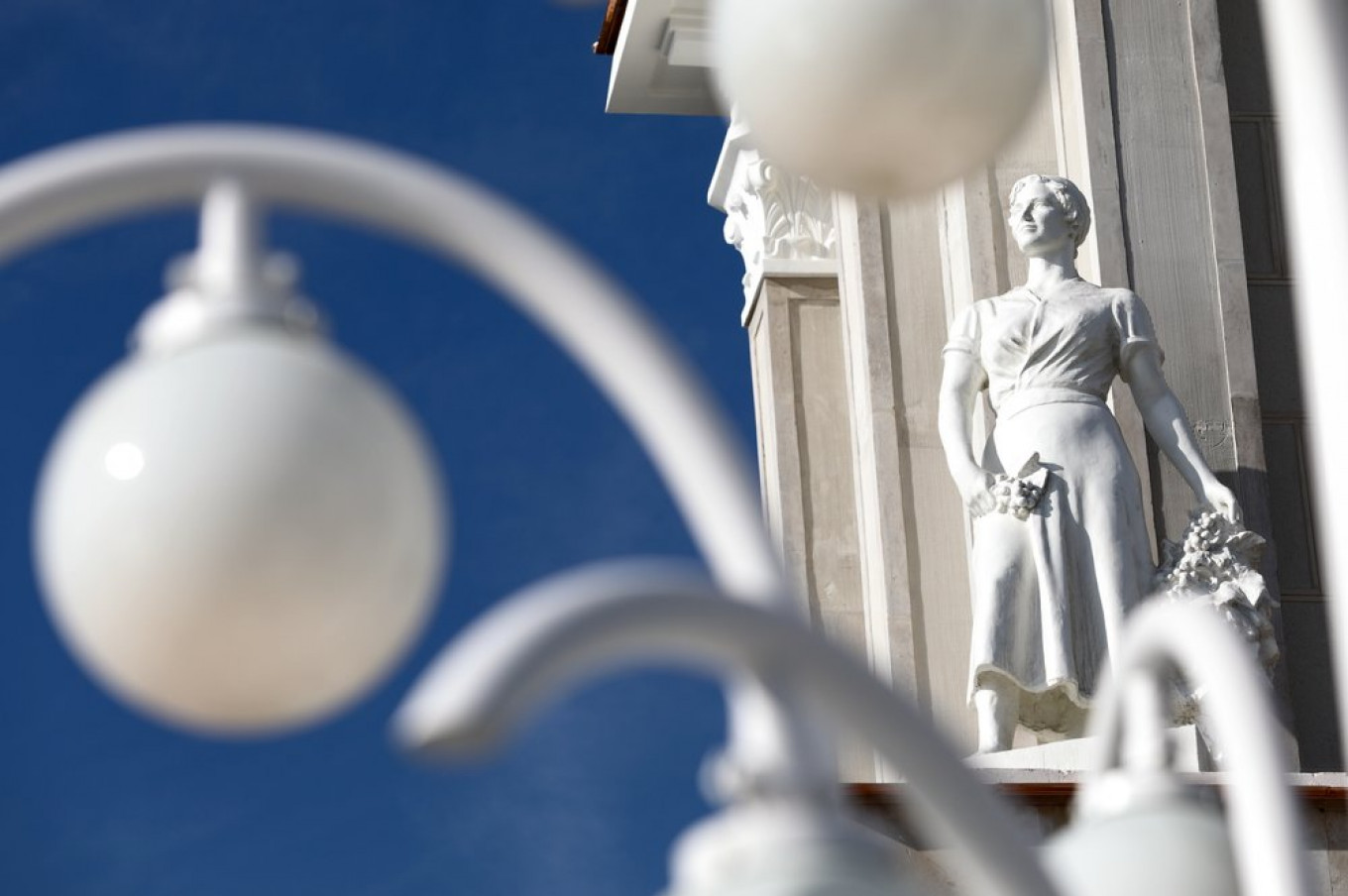 Unfortunately many of the statues were in such bad shape they could not be repaired. Plasters casts were made from the originals and new versions were cast.
Kirill Zykov / Moskva News Agency